Santa comes to town and a trip to Sleepy Hollow

Merry Christmas! One thing I love about this city is that every December, volunteers from the Redondo Beach Police Department and Fire Department drive down every single street in the city giving every kid a visit with Santa. 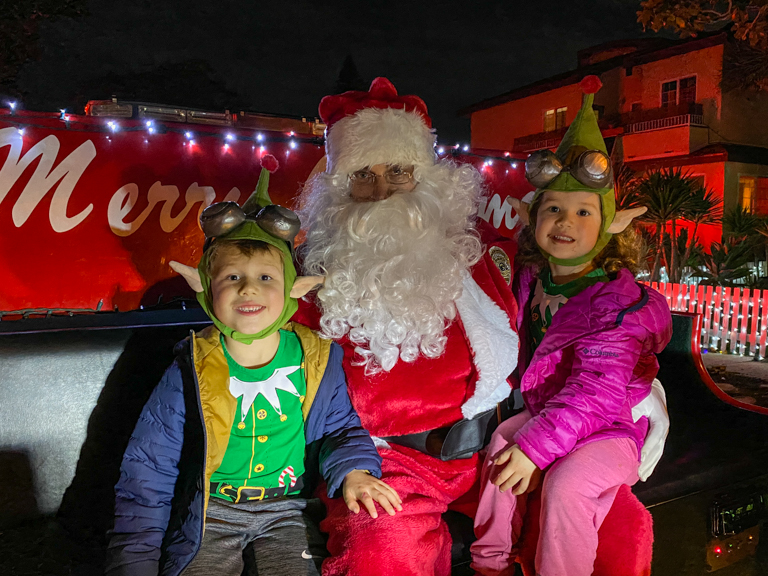 Ian and Alli have been really excited for him to come. They both drew him photos. 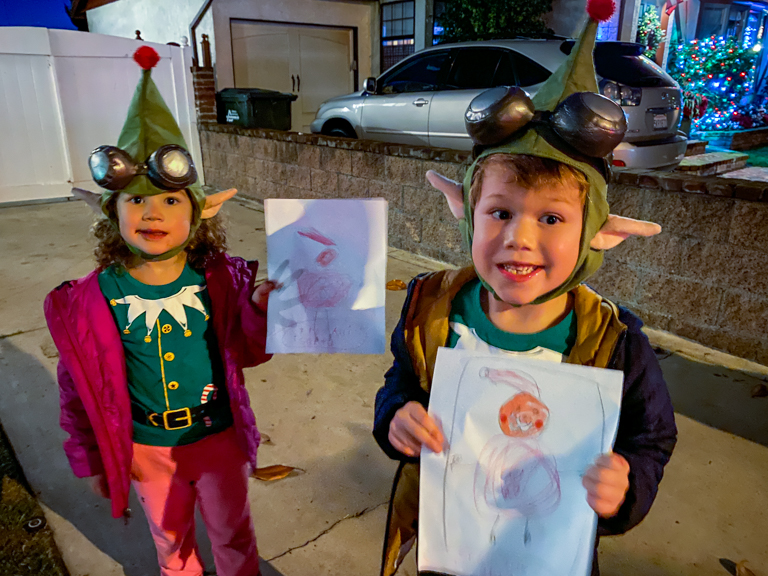 When the sirens sound, you know he's getting close. 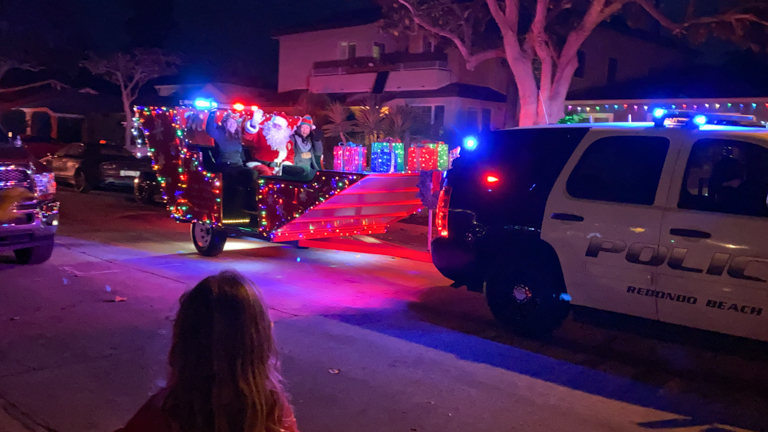 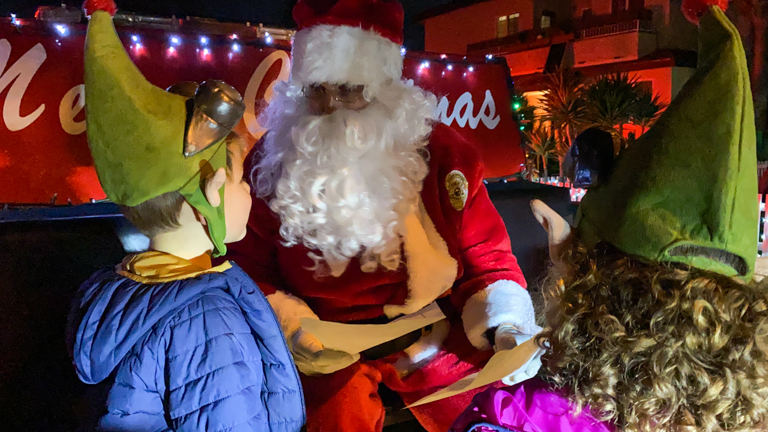 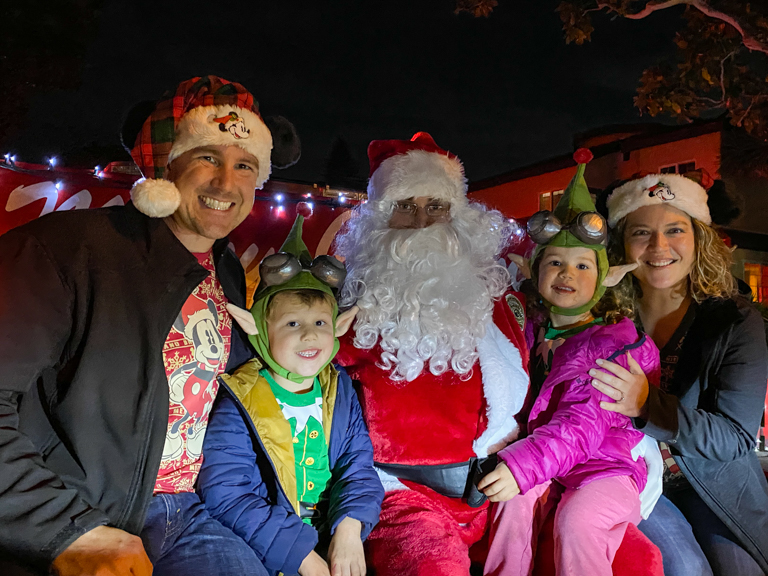 And of course they remember that they get a treat. Always a peppermint tootsie pop. Love them! 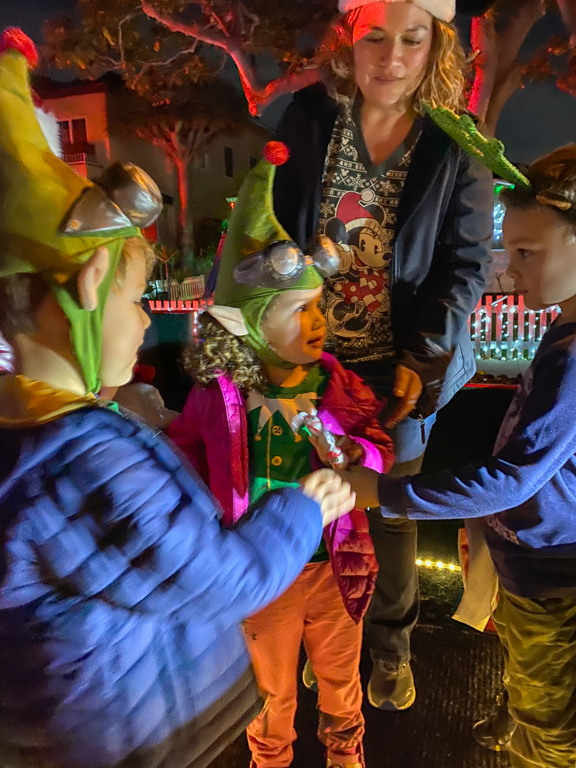 Goodbye Santa! See you next year! Thank you to all the volunteers who run this every year! 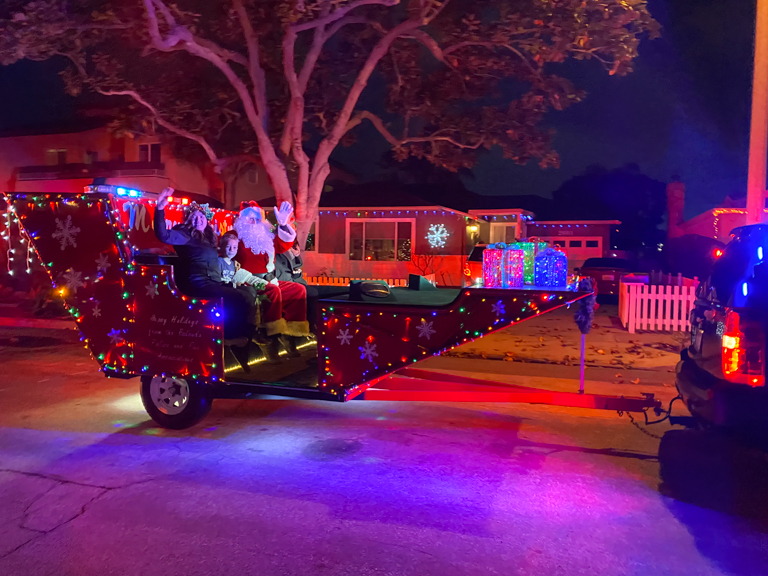 Alright, you've seen what my house looks like. Now it's time to go visit a neighborhood full of houses decorated with Christmas lights. 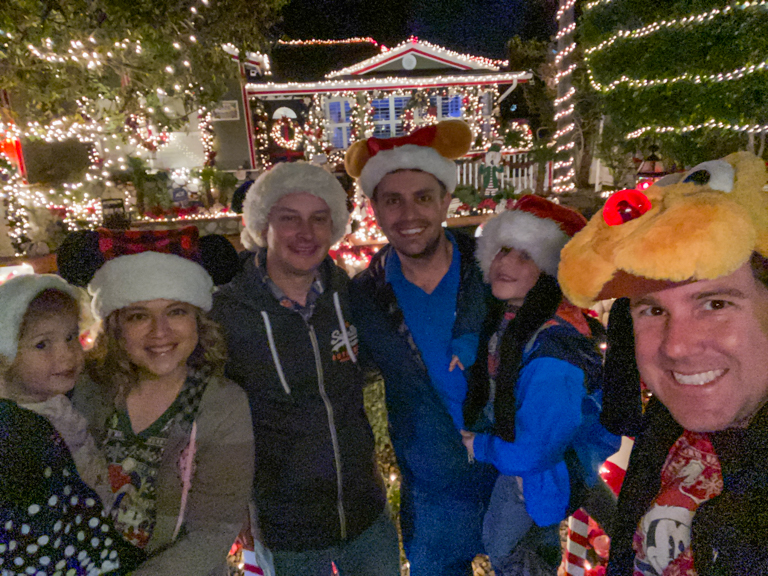 The popularity of Sleep Hollow has exploded in recent years. I've seen it too. Traffic is snarled, sidewalks are packed. Vendors who don't even live in the neighborhood set up on the sidewalk blocking things even more.
It was getting to the point where it was unsafe had there been an emergency. A few residents had had enough and asked the city to do something. And respond they did. New rules were put into place starting right before Thanksgiving.
- No parking on one side of the street. (people were being towed)
- Counters on the entrances and police there to block more cars from entering if it gets too full
- No stationary vendors on the sidewalk
- People selling food need a $200 permit 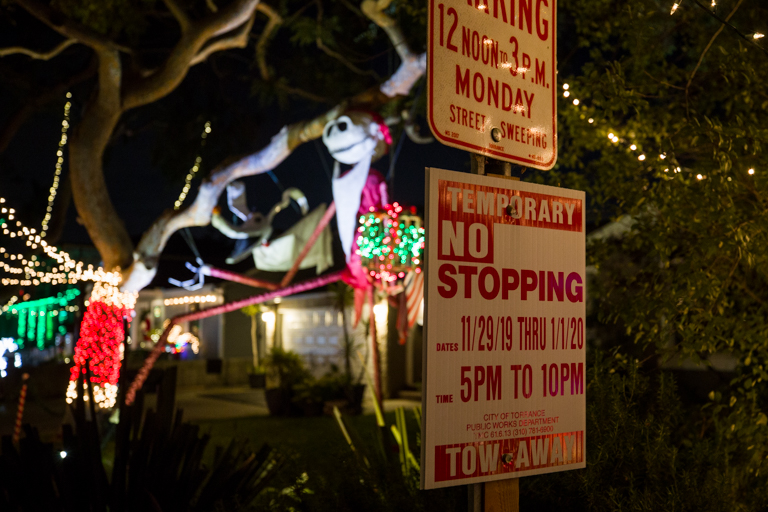 It definitely was making a difference when we were there. It was less crowded than I've usually seen it. Plus we get there right around 6pm when it's not too crazy. 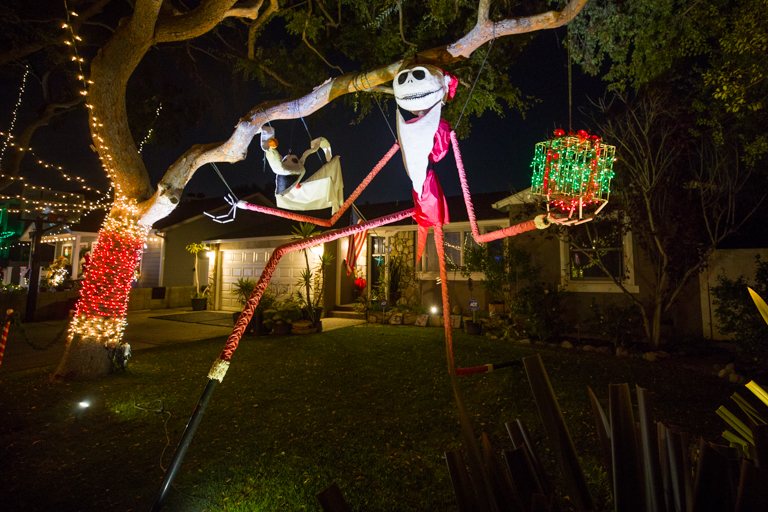 I'm always impressed by this house. Everything is so clean and beautiful. 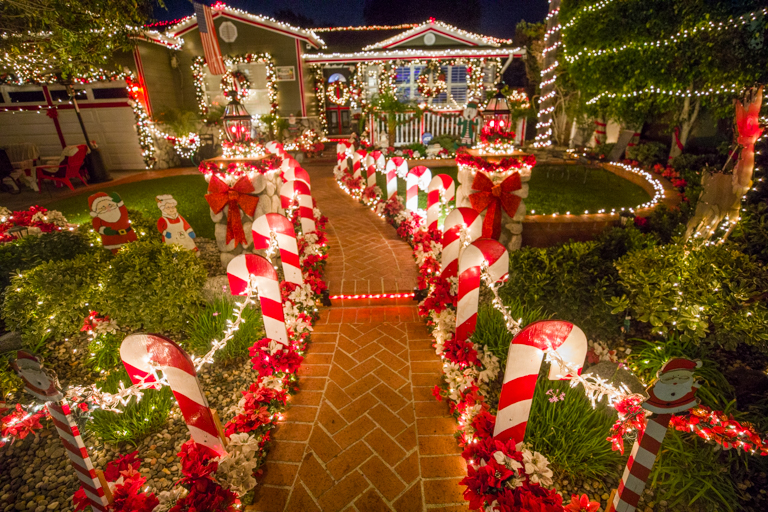 Taking a few notes for next year. Some of these things might show up in some form on my house. 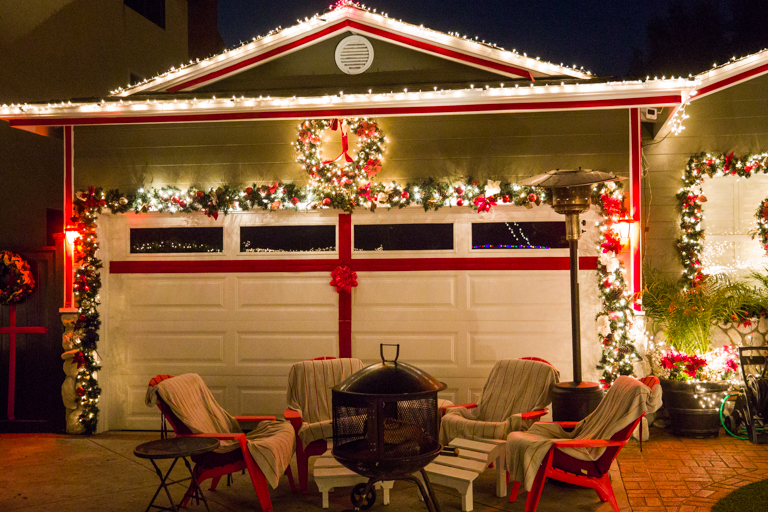 In the past we'd have to pick one side of the street and stick to it. There were too many cars to try to continually go back and forth. But tonight it wasn't too bad. If we saw a house we liked, we could go get a closer look. The kids liked the giant peppermint lollipops here. 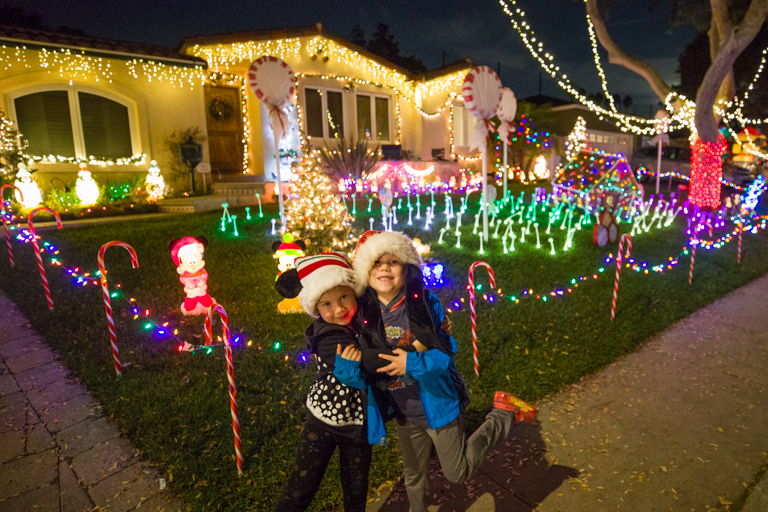 Theresa really liked the gingerbread house. She wants to figure out some way to incorporate it into our house someday. 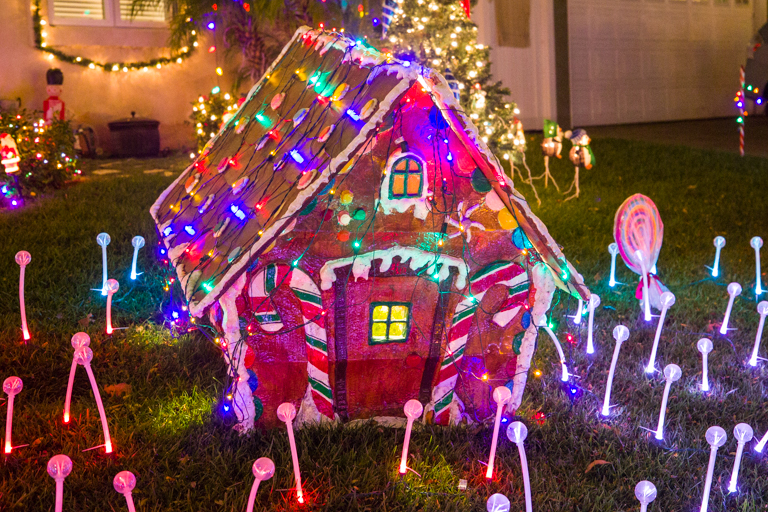 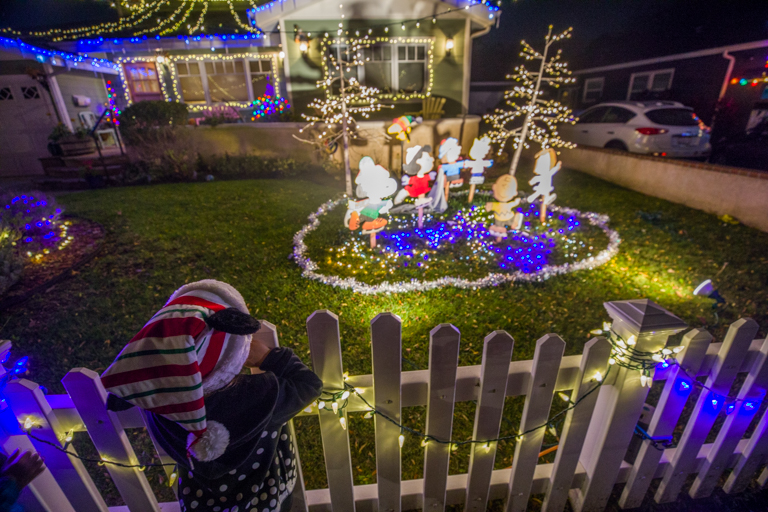 The Torrance Police Department was on hand keeping everyone safe. The kids love the police and always want to go say hi. The PD knows what kids like too. As soon as they started walking up, the officer asked if they wanted stickers. They always want stickers. 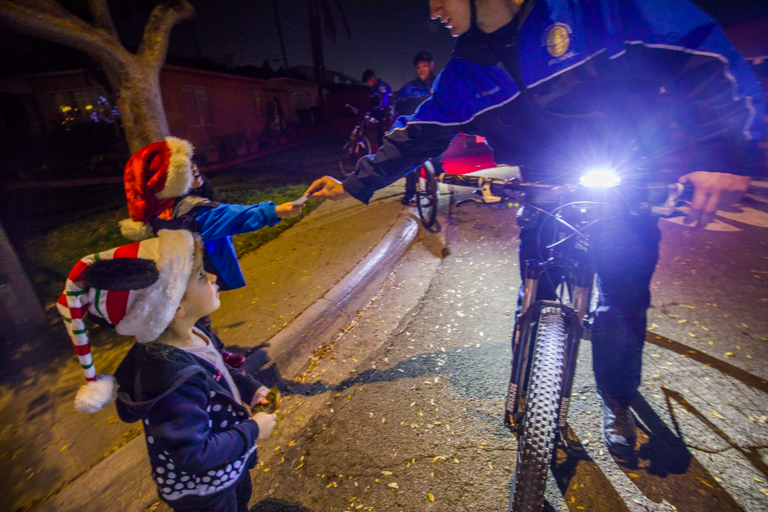 At this house they loved the oversized lollipops. I think they like giant food.
They both remember that snacks are sold in this neighborhood and were asking if they'd be out tonight. I wasn't sure, but Ian and Alli weren't shy in letting me know that they were hungry and could use a treat. 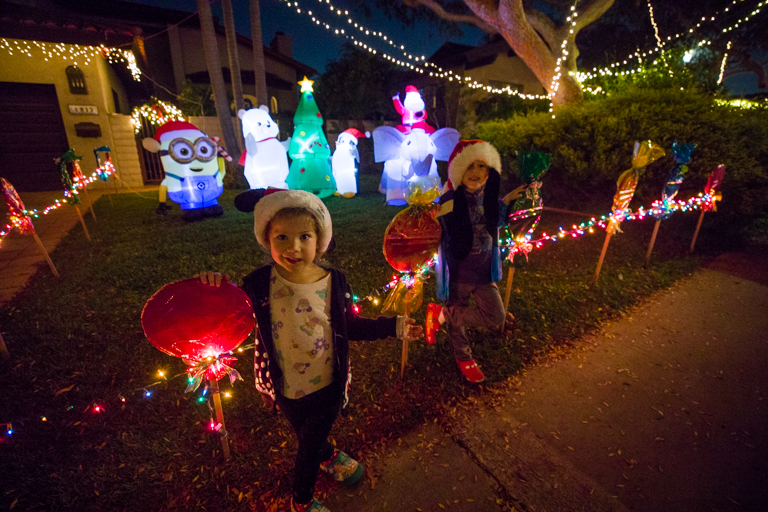 Normally I'm used to seeing these penguins doing more WWF style wrestling. Last year they had a wrestling ring and were having a ladder match. This year their wrestling looks a little more traditional. They found snacks! Ian could smell the popcorn from all the way up the block. $2 for popcorn and $1 for hot chocolate. Not bad. The kids were happy to have it. 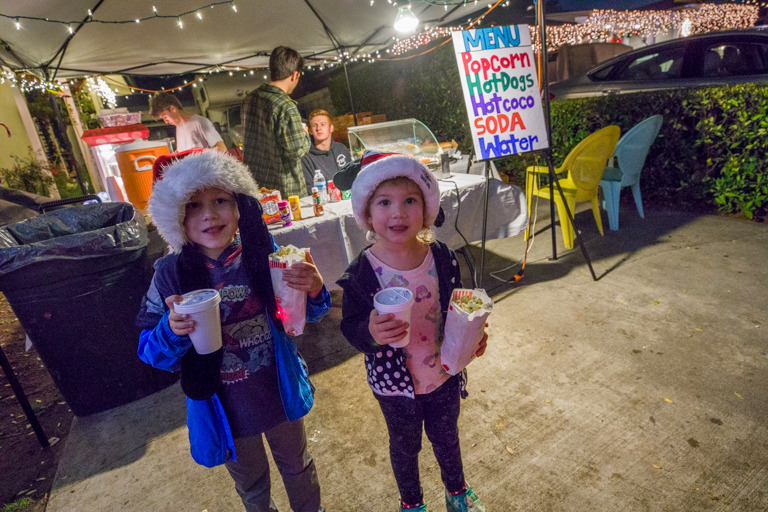 Nice to have the whole sidewalk and no cars crowding it either. 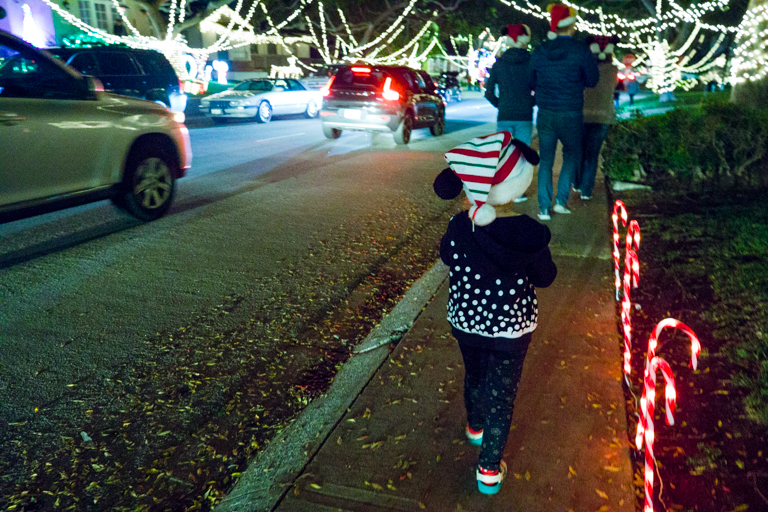 More places to buy snacks. $1 cookies! I did notice their laminated permit attached to the upper left corner. 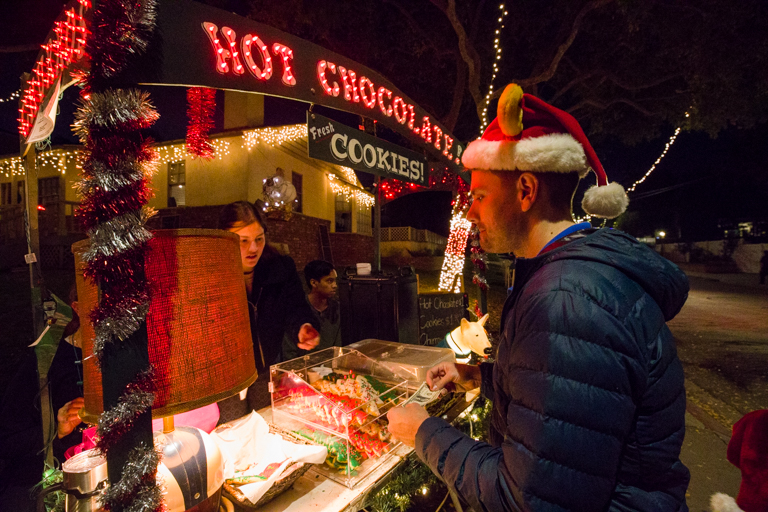 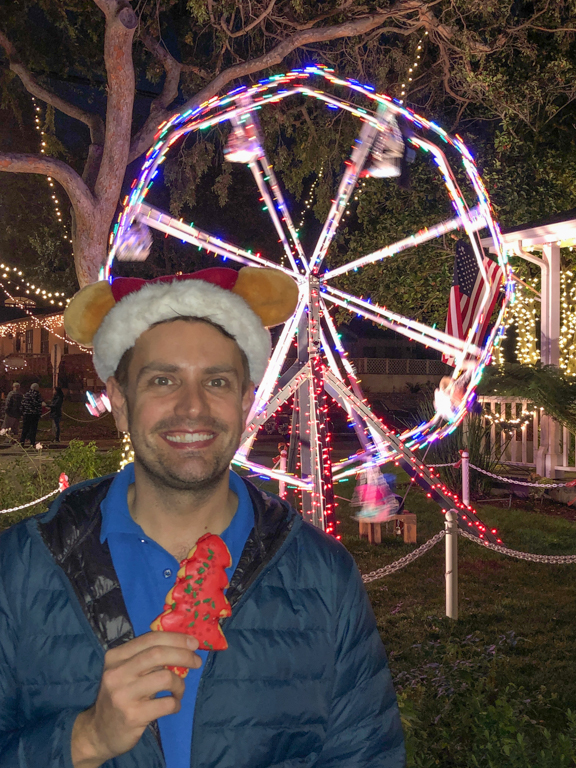 Ha! What a fun idea. Can you find the 2 Hidden Mickeys? 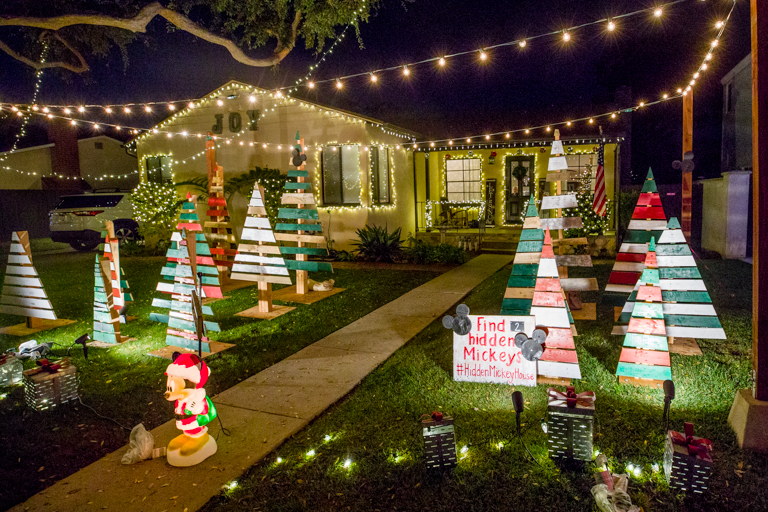 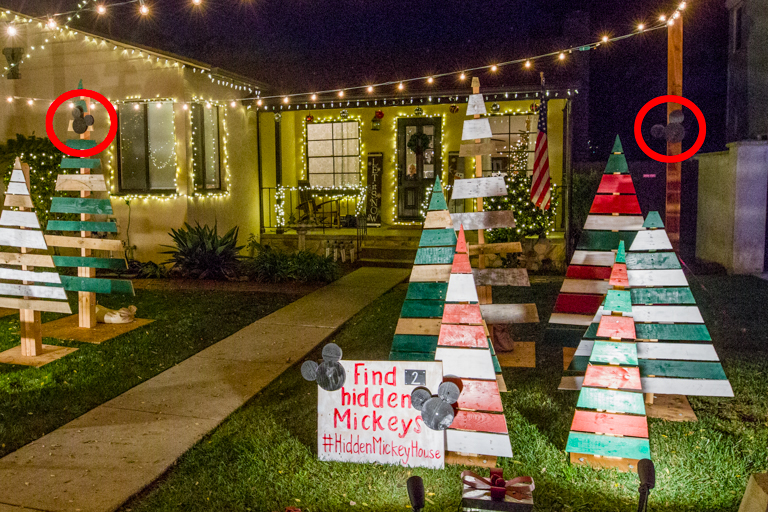 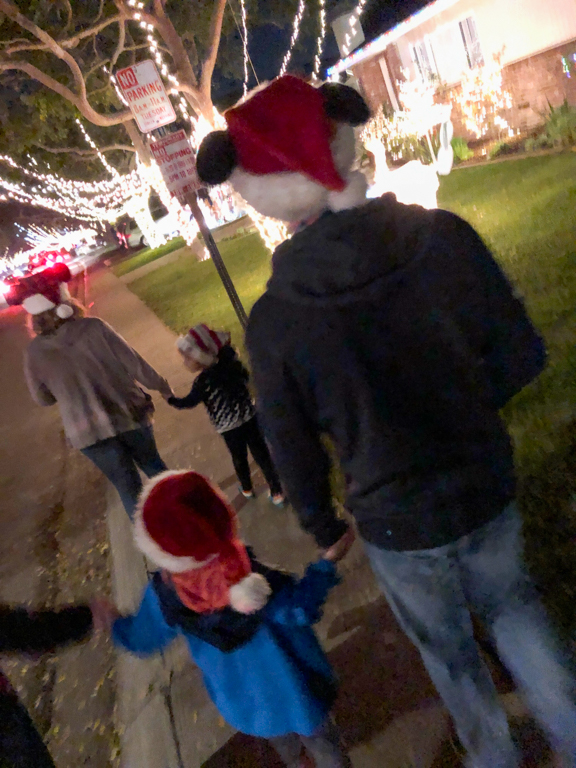