I'm always on the lookout for interesting treats. I happened to be at Michael's Craft Store when I saw these in the check-out aisle. We try all things Oreo, so of course I picked them up. The kids have been begging to try them since they saw the box. 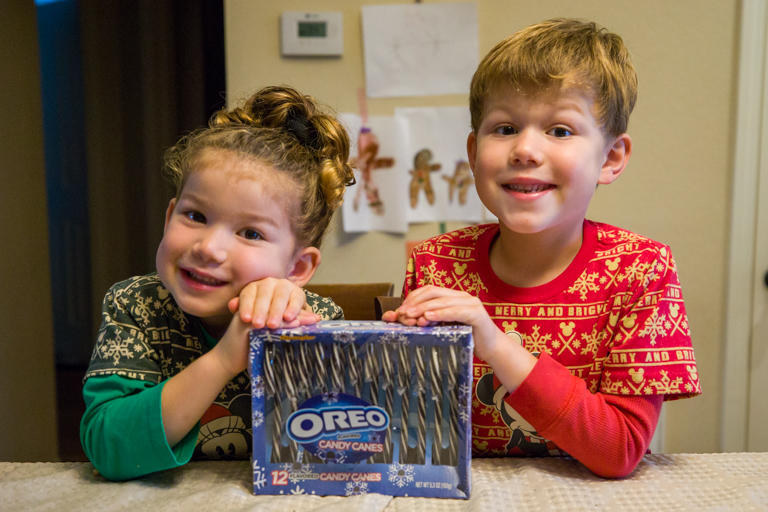 The Spangler Candy corporation is mostly known for Dum Dum suckers, but come Christmastime, they start making Candy Canes. According to wikipedia, they make 45% of the candy canes sold in the United States. 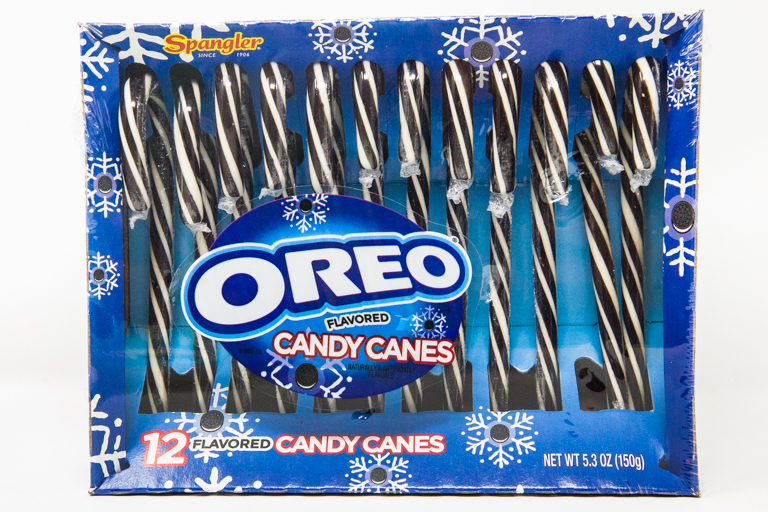 Alli's broke while she took it out of the package, but she thought it was hilarious. 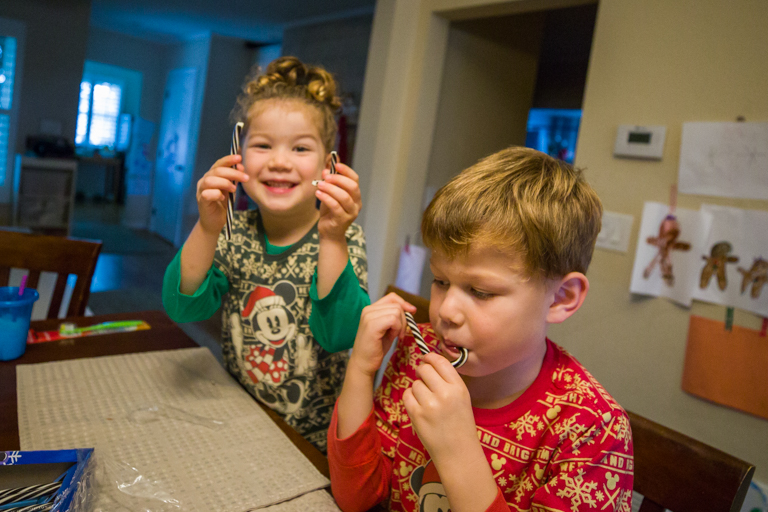 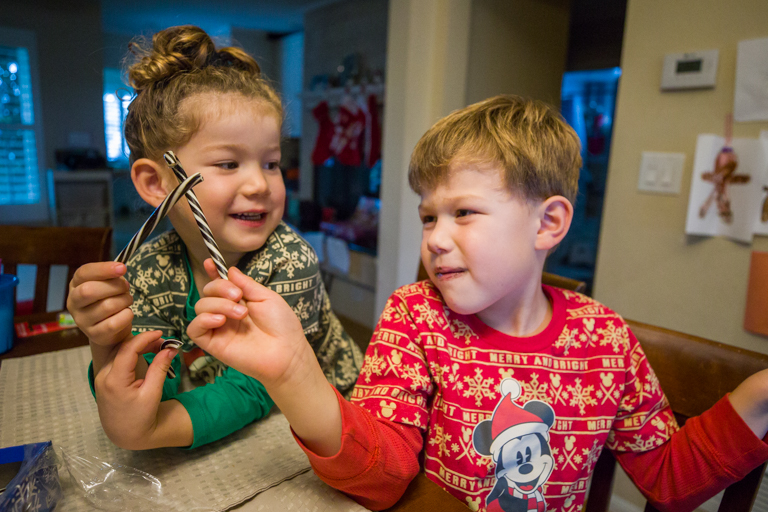 Flavors are hard. Especially trying to do chocolate flavor in a hard candy.
I didn't taste Oreo. If you've ever been at a restaurant and instead of having peppermint disks after you meal, they had those Starlight Chocolate Mint hard candy disks, the chocolate tasted a lot like that.
And creme? I couldn't taste any creme.

The candy canes themselves are white, with a couple dark black stripes on the outside. And the black comes off on your fingers and tongue. Fun to try though! 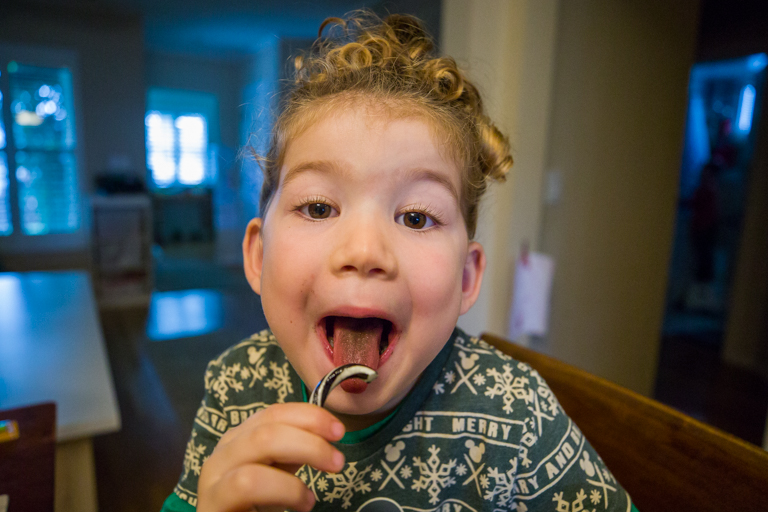