As Alli was getting ready in the morning for the day, she calls out from her room.
Alli - Daddy! What National Day is it today?
Me - It's National Cupcake Day Alli.
Then she came out like this.

Even though we just celebrated Vanilla Cupcake day on November 10th, we didn't make that one ourselves. Today Alli wants to make cupcakes herself. 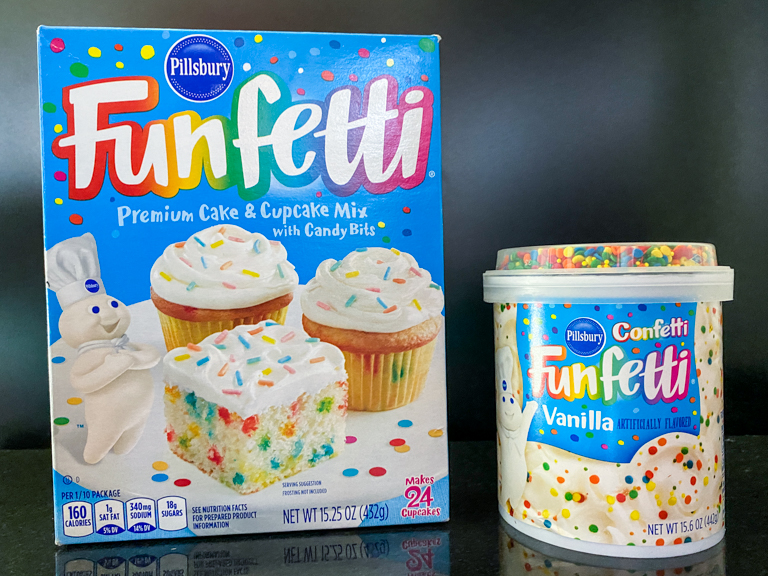 Starting with the funfetti mix. 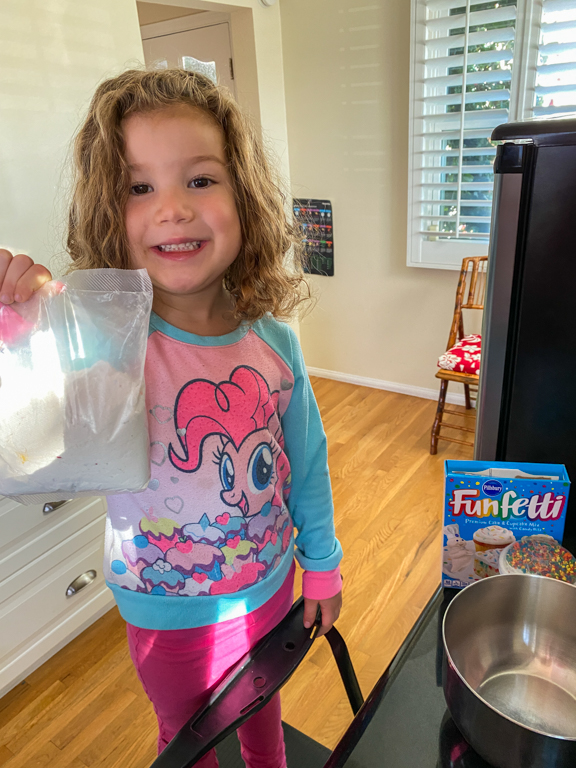 She combined the mix, eggs, water and oil together in a bowl. 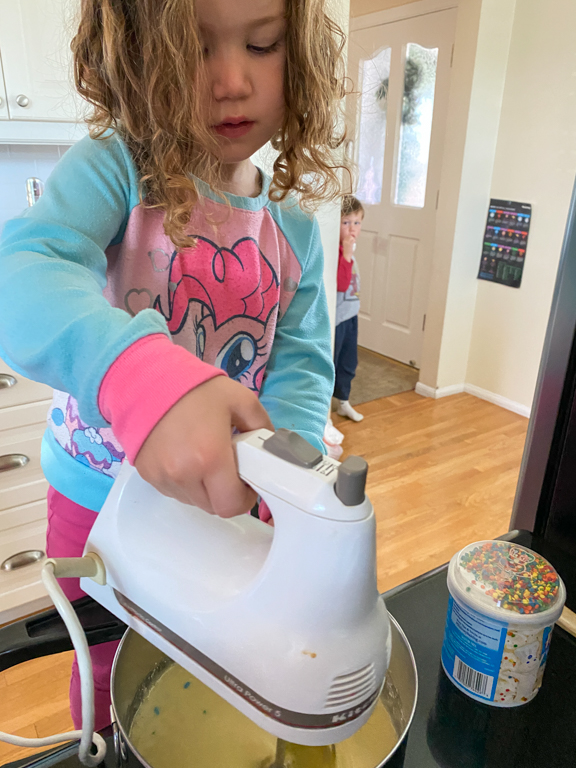 Then she used a small scoop to get them into the muffin pan. We could have used cupcake liners, but all I could find in the cabinet were halloween designs. I think we'll just use some spray to keep them from sticking. 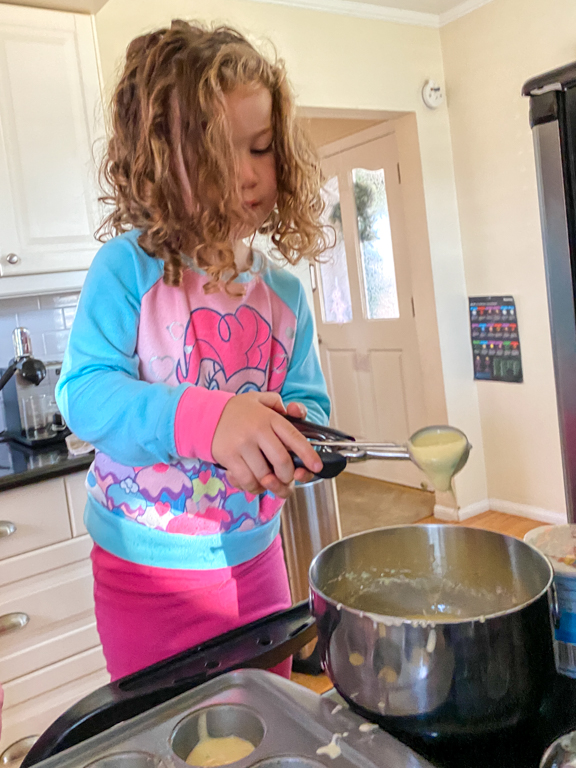 Daddy placed them into the hot oven. I grabbed a potholder to get them out, but Alli quickly stopped me.
Alli - Wait! You need to use the Christmas one! 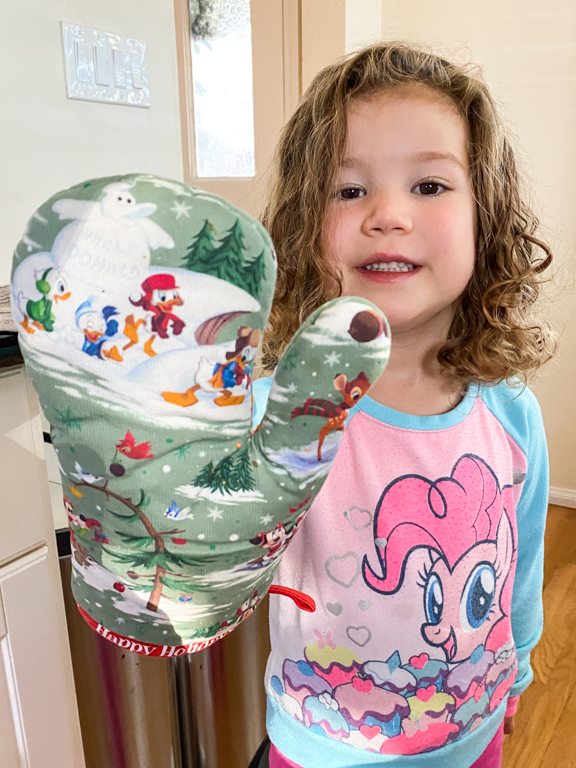 The box says they make 24 cupcakes, but these are almost bite-sized. We'll make the next ones bigger. 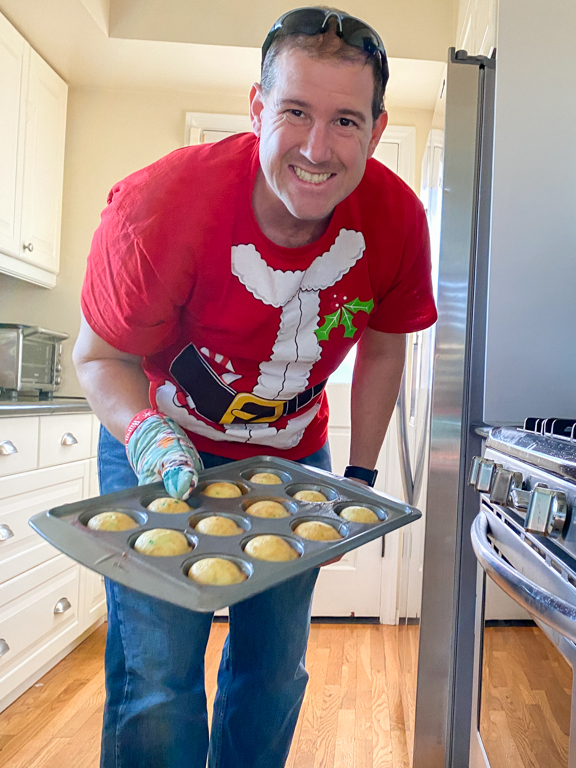 After letting them cool, Alli was ready to frost them. 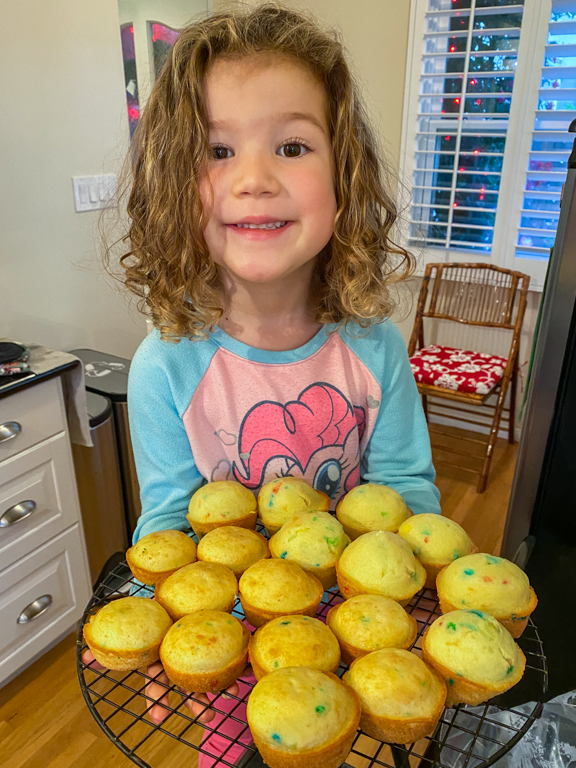 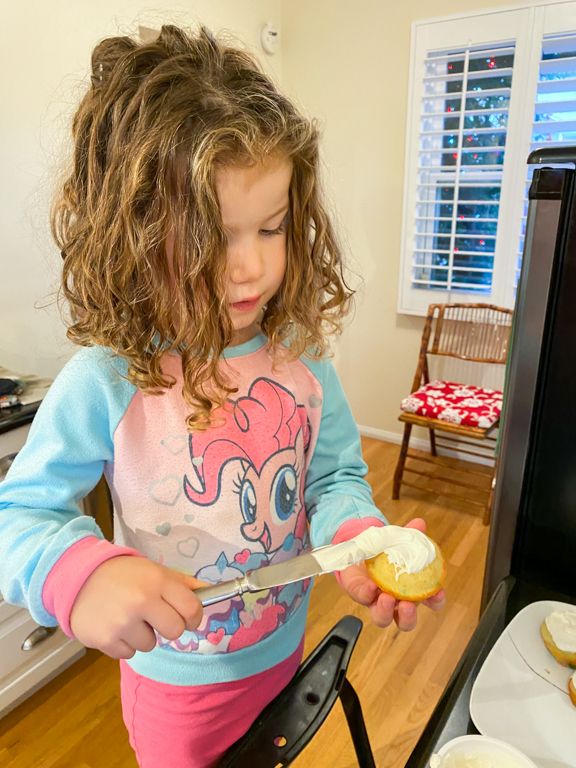 Once they were frosted, it was time to add all the funfetti! 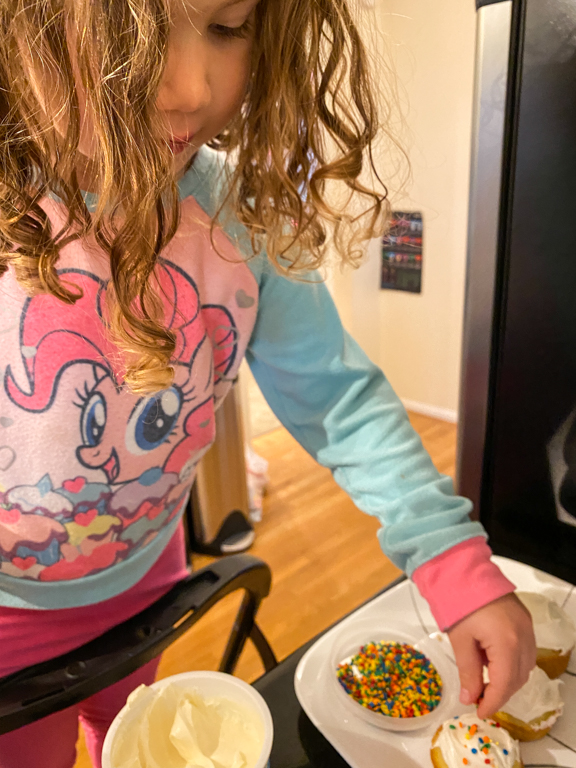 Alli you're such a big girl! Great job making everyone cupcakes! 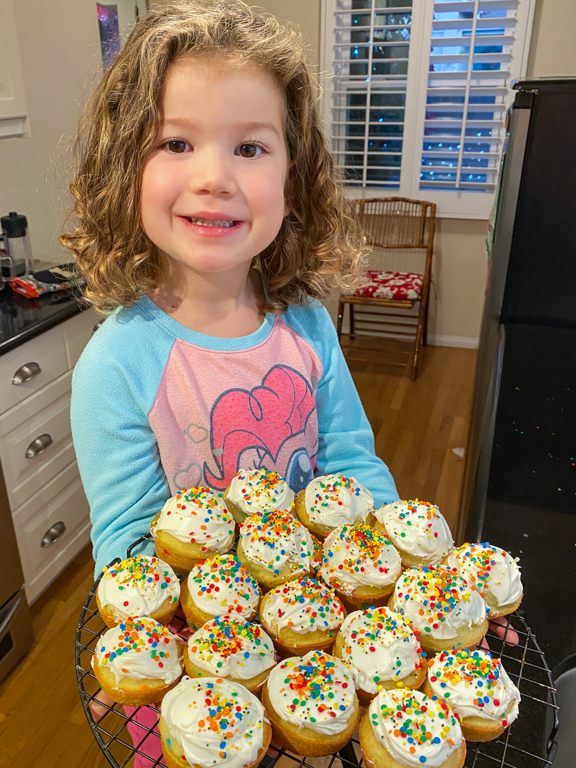 After dinner, the kids were excited to dig in. 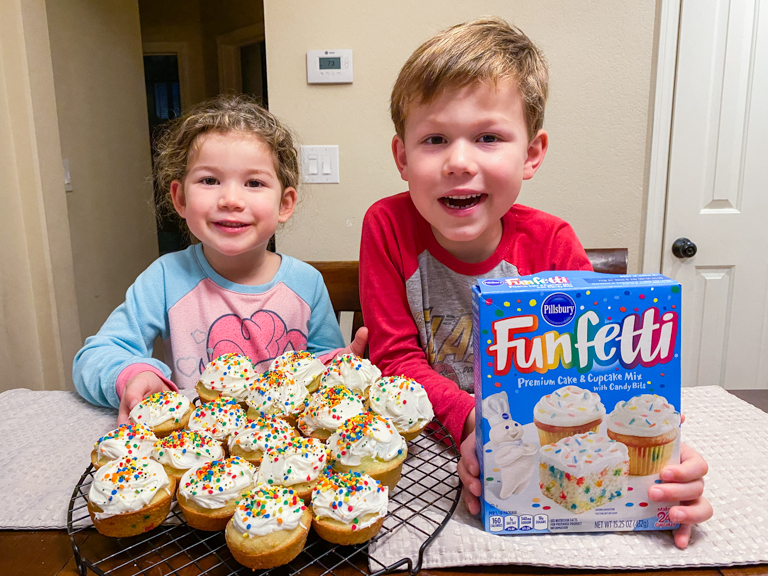 Pointing out the ones they wanted (hint: the ones with the most sprinkles). 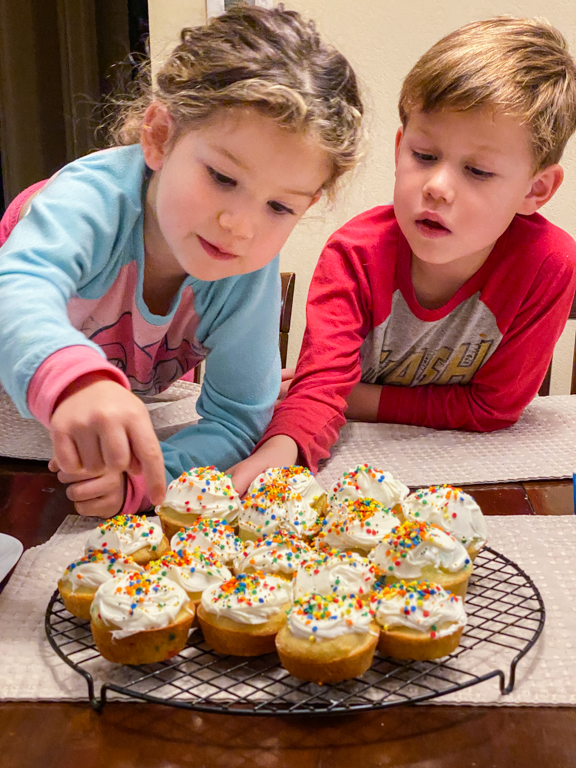 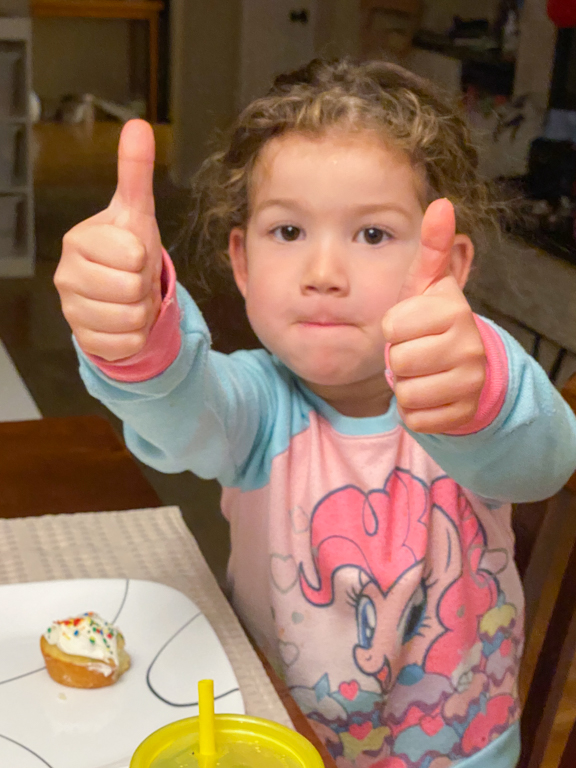