For 2019, I was trying to figure out what I could make that was still related to the holidays. Then it hit me. It was so obvious. I've never made homemade eggnog before.
Eggnog is one of those polarizing holiday treats. You either love it or hate it. Myself, I will drink it a few times a season. I'm good with a cup, but 2 cups is overwhelming. 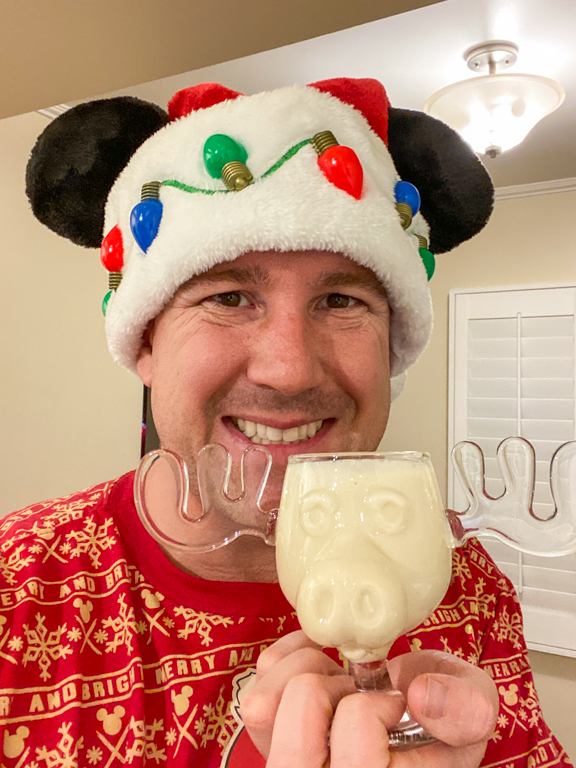 The recipe I followed comes from Simply Recipes.
Now I knew that Eggnog had eggs in it, but I had no idea it had so many eggs in it.
I opted for a double batch, which really is only a half-gallon or so, which isn't that much considering there's a full house of 14 people here for Christmas. 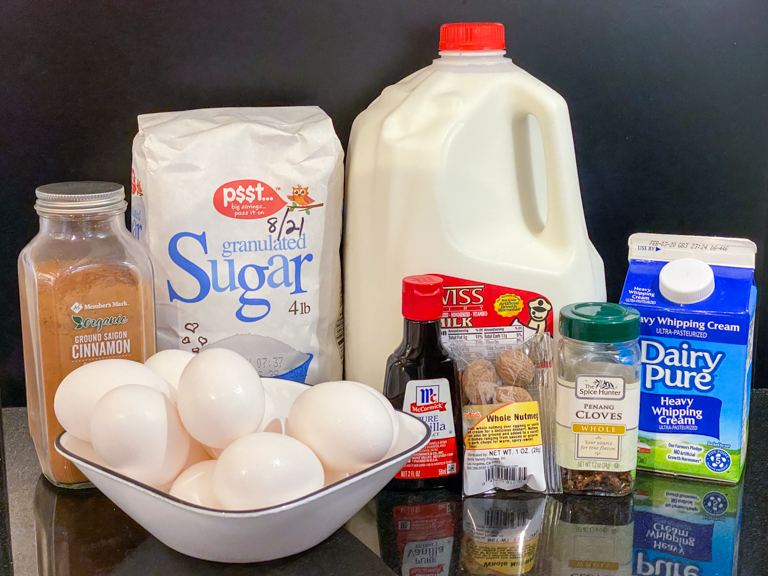 It starts with a dozen egg yolks and sugar. 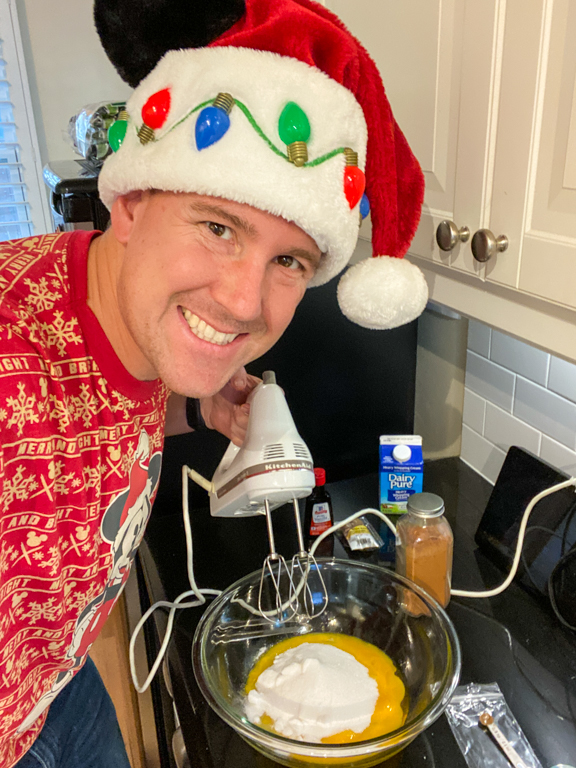 I blended it together until it was nice and smooth. While that was going, the 4 cups of milk, cinnamon, and cloves were getting warm on the stove. I kept a thermometer handy to keep the temperature at 160F or below. Don't want to heat the milk up too much. 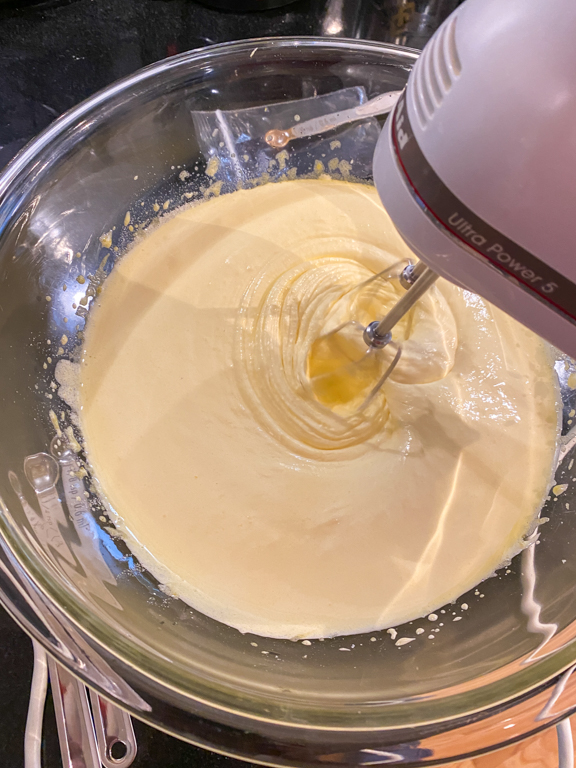 From there it was time to temper the eggs. Adding the cold eggs to the hot milk would cause them to curdle. Instead, by adding the hot milk slowly to the cold eggs, it gradually warms them up without cooking them. The whole thing heats back up on the stove, again making sure to keep the temperature below 160F, well below boiling. 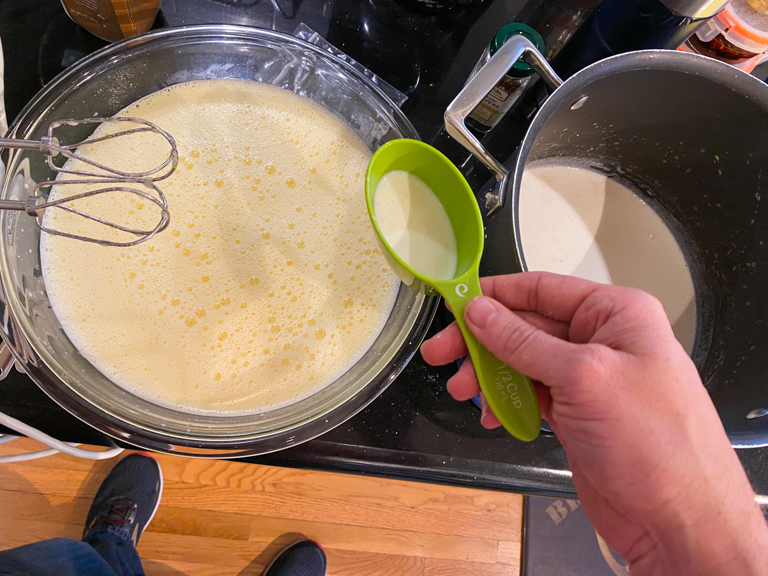 I've heard Food Network Chef Alton Brown (my favorite) extoll the virtues of freshly grated nutmeg for a while now. I knew that pre-ground stuff just wouldn't do in my homemade eggnog. 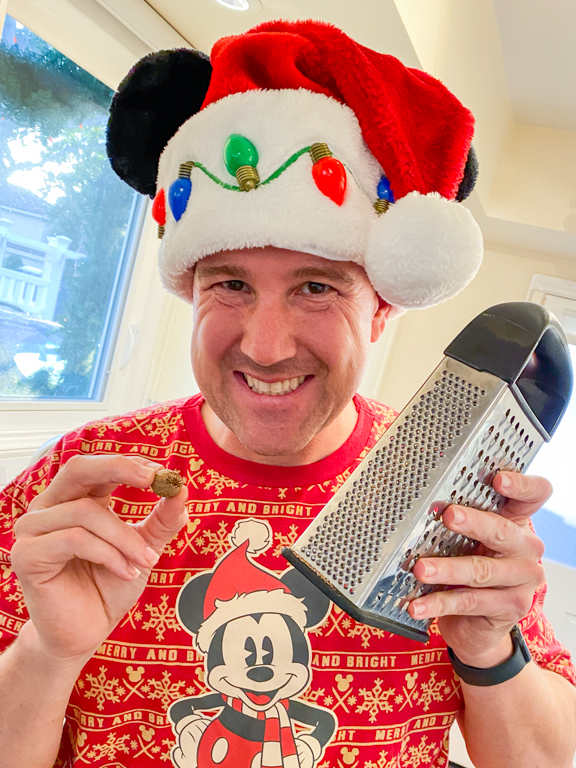 A few minutes on my grater and I've got a very fragrant pile of nutmeg. Perfect! 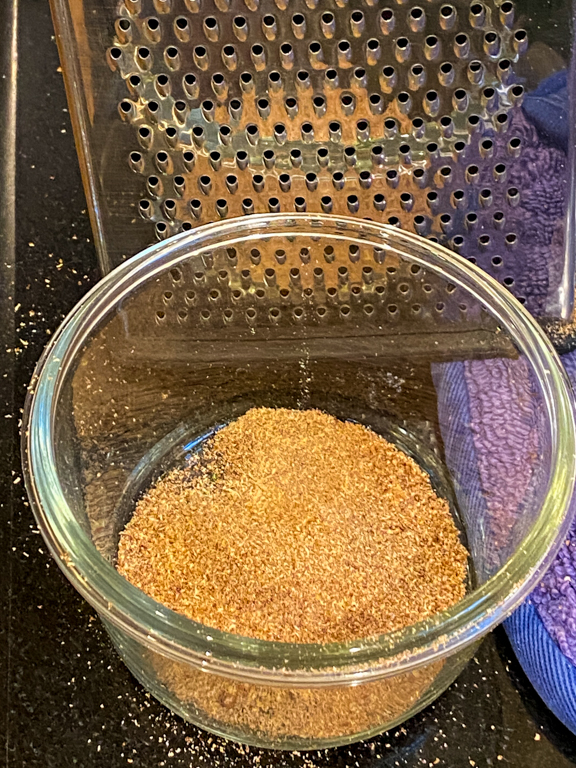 Well almost perfect. I was so distracted by the nutmeg that I wasn't keeping the closest eye on the stove. When I looked over I saw bubbles, so it was probably boiling. I immediately removed it from the heat. Thankfully I know that the blender can take care of a little bit of curdled eggs. 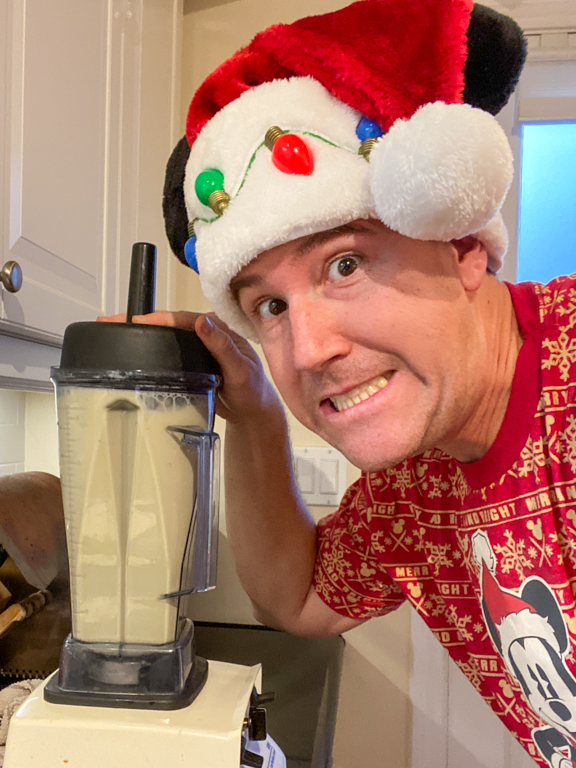 Next I whipped up the 8 egg whites into a meringue and folded them into the rest. Since they weren't pasteurized eggs, I brought the whole thing up to 160F again to kill off any bugs.

I poured the whole mixture through a strainer to remove the cloves and any other bits that wouldn't be tasty to drink. After straining, I mixed in the freshly grated nutmeg and vanilla. Now it just needs to chill! 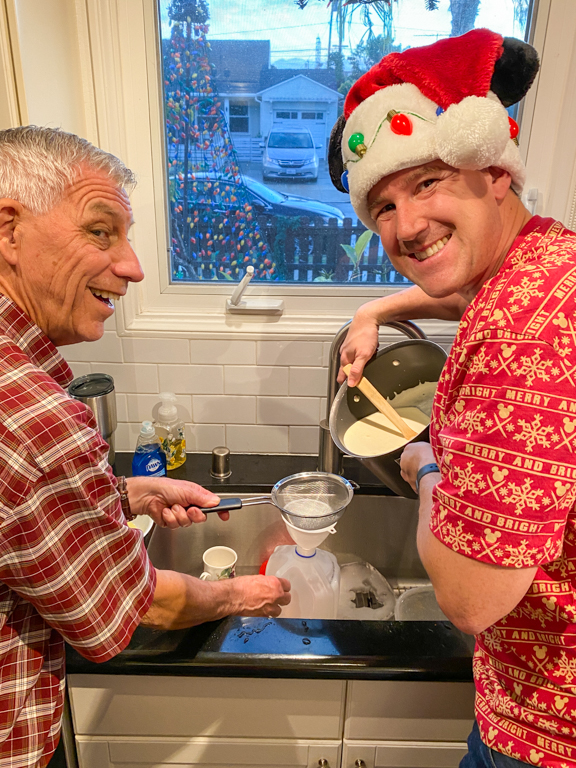 The best Christmas movie ever is debatable, but I'd put National Lampoon's Christmas Vacation right up there. My outside Christmas lights have been compared by others to Clark Griswold's.


Clark - Can I refill your eggnog for you? Get you something to eat? Drive you out to the middle of nowhere and leave you for dead? 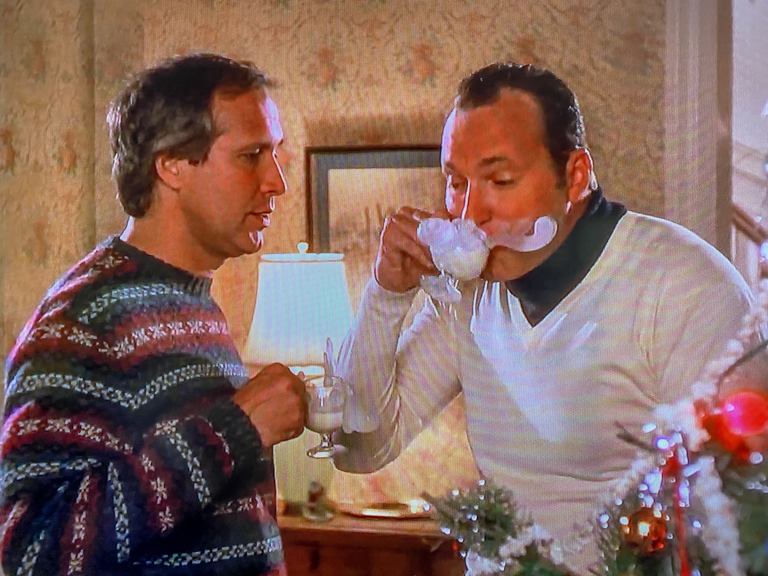 If I'm doing eggnog, what better glass to drink it from. An official Marty Moose antlered moose mug. 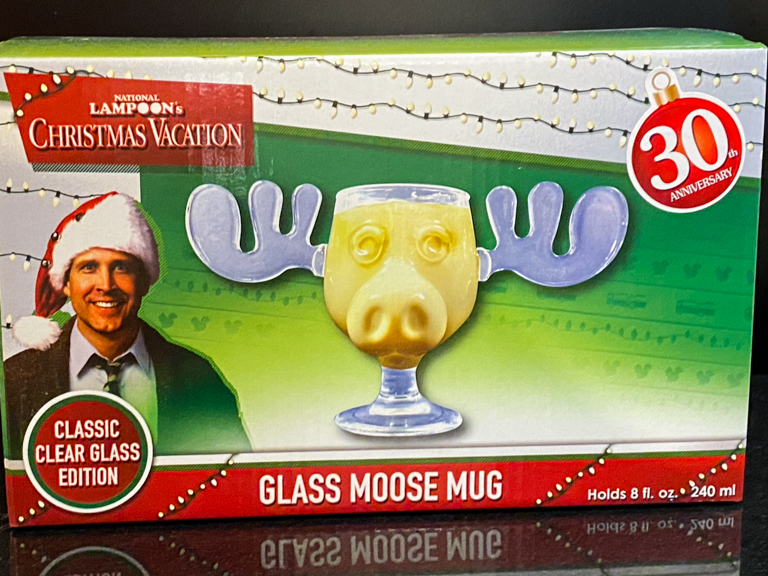 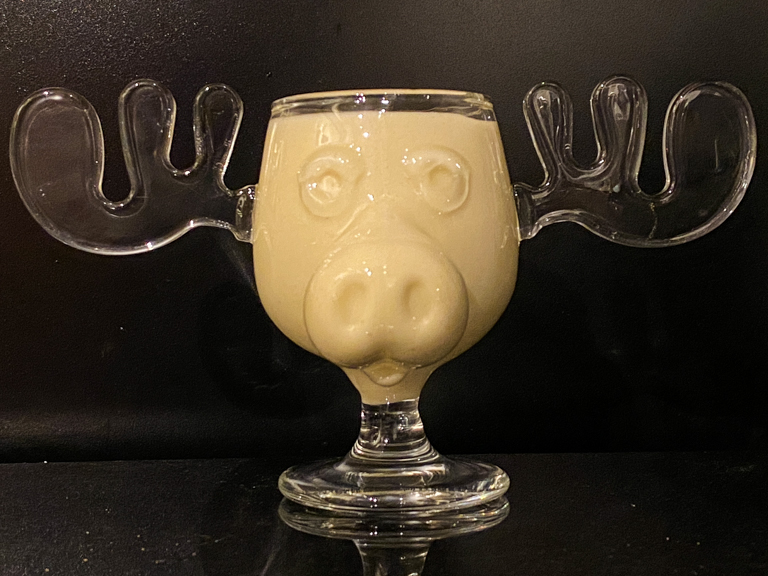 After chilling the eggnog it was finally ready to drink.
This eggnog is... delicious! I do like it more than the store-bought stuff. It's frothy and light (thanks to those whipped egg whites I added I bet). The flavor is right on. 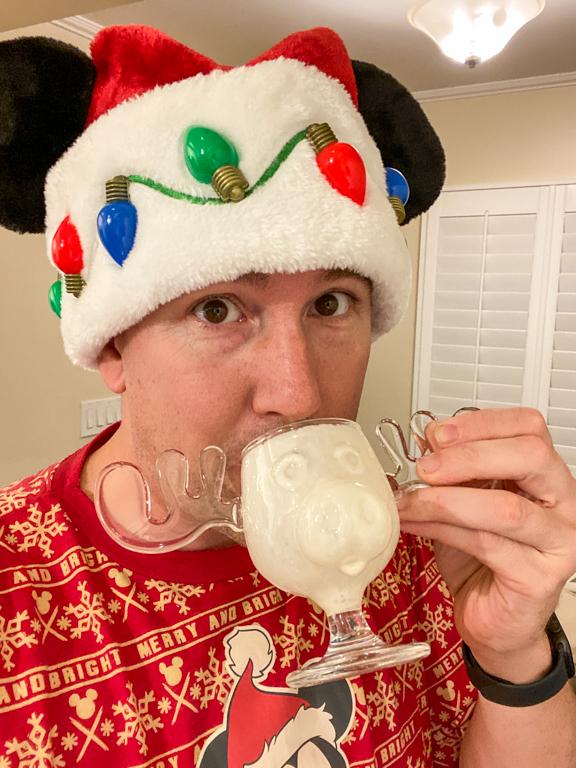 And it's stick-to-the-side-of-the-glass thick.
I shared it with the rest of the family. There were many who didn't like eggnog, but humored me. I don't know that anyone has converted, but they thought it was the best eggnog they've had.
Tasty! I can see myself making this one again. 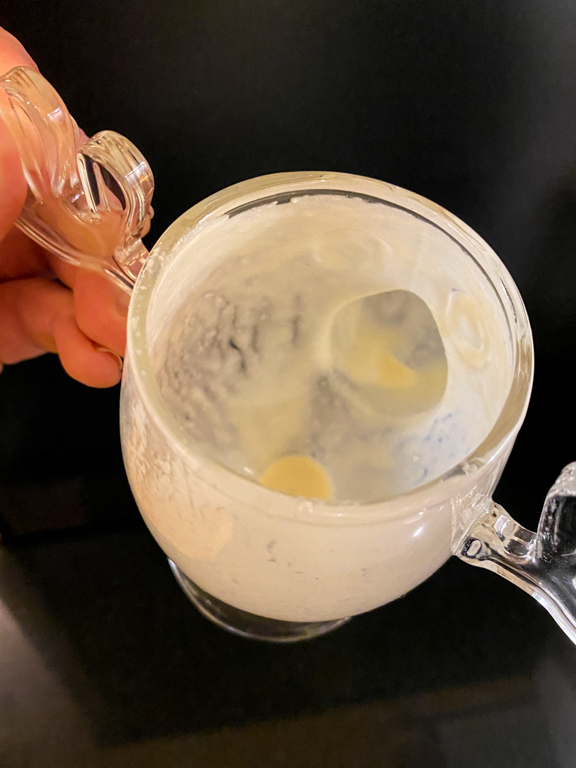