Ian gets to give the welcome announcement on Southwest Airlines

Normally I'd just include something like this in a regular trip report, but this one was just too special.
The last time we were in the St Louis airport, we were giving out candy, making people feel special. This time something special happened to us.
With 10 people in our party, and the way Southwest does boarding, everyone got on the plane at different times. Ian and I happened to be one of the first.
Like usual, Ian wanted to go see the pilots and ask questions. The Southwest pilots and flight attendants, like usual, are super accommodating. Flight attendant Lori Ann Price led the both of us up to the cockpit.
There Captain Kim Lane let him sit in the Captain's chair, pose for a picture with his hand on the throttle, and answered all his questions about what buttons do what. I thought that would be the end of it, but then she asked Ian if he wanted to give the welcoming announcement to everyone on the plane. Ian's not shy, so of course he said yes.
Not wanting me to miss out on getting a decent seat, I was told that I can go ahead and sit down and they'd send Ian back after the announcements. 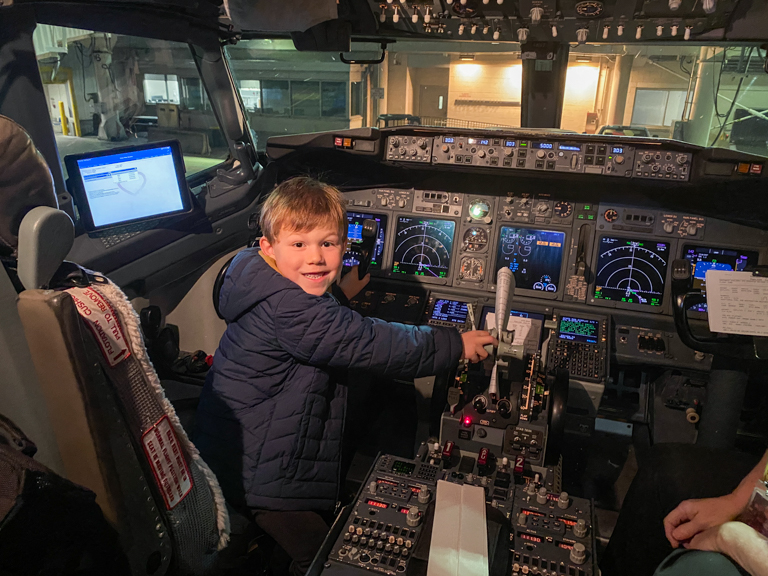 More after the jump.


Well I found a decent seat and a short time later, Alli and Theresa came and sat down. I asked if they saw Ian in the cockpit, but they hadn't. Alli was a little incredulous.
Alli - You left him in the cockpit?
Honestly I thought the announcement would be a little sooner, but it was a full flight and there were all the B and C boarding groups still getting on. According to the time stamps on my photos, Ian was up in the cockpit chatting with the pilot all by himself for the next 12 minutes. 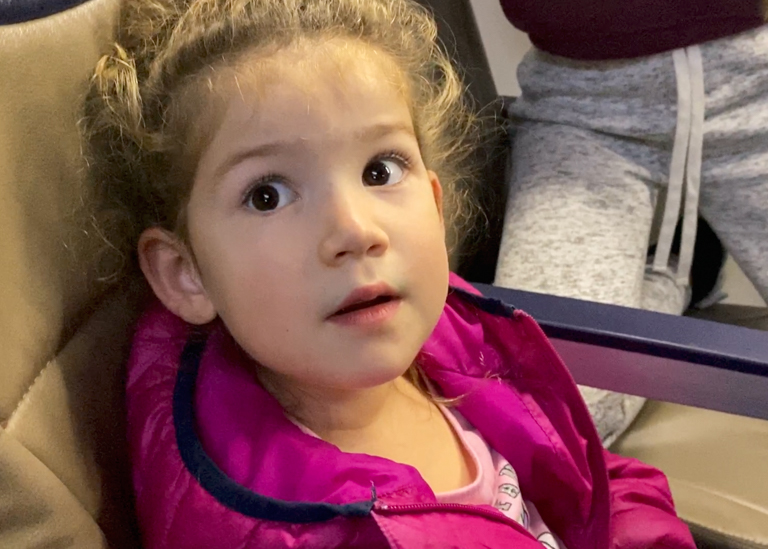 I had my phone at the ready and was randomly recording video so I wouldn't miss the announcement when it came over the intercom.
But, after everyone had boarded, I was waved up to the front by the flight attendant Lori.
Lori - Thought you might like to get a video up here.
You know it!
Enjoy the video. Ian loved giving the announcement and all the praise he got afterwards. I included the clip of Alli being concerned for her brother. And then as we were getting off the plane Ian and Alli wanted to give the pilot hugs.

If you watched the video, you'll know that Ian got to say "Hi" to just about everyone he was traveling with. As soon as he got back to his seat, Alli was quick to remind him that he forgot Grammy and Grandpa.
It was a really cool experience and I'm glad Southwest lets their crew go off their normal script every once in a while.
Thanks Captain Kim Lane and Flight Attendant Lori Ann Price!
Posted by Joe at 9:00 PM