Today is National Hard Candy Day! Once Alli found out, we started discussing different kinds of hard candies. Alli - Gobstoppers, lollipops, jolly ranchers, PEZ. I guess she knows her candy. Well today we're going with the lollipops.
Spangler made those Oreo Candy Canes we tried a little while ago. They also make Dum-Dums. Over 12 million a day! 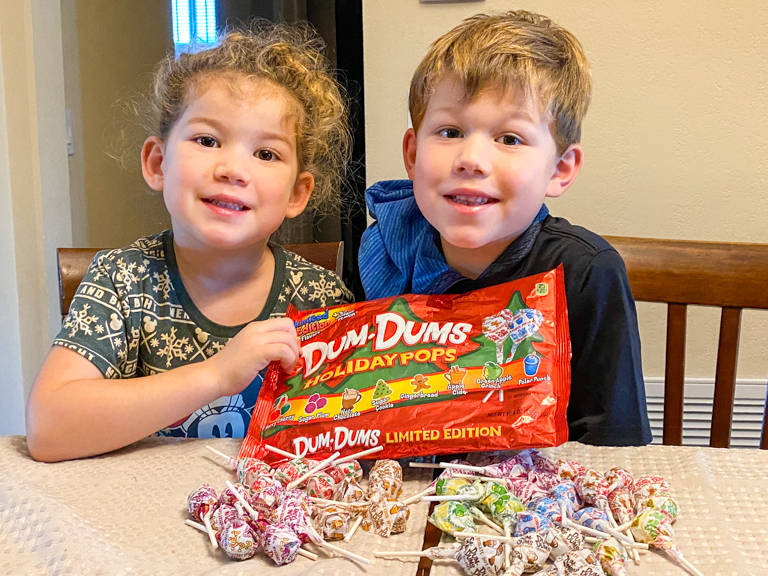 Inside there's 8 different flavors plus the mystery flavor. Holiday flavors include Merry Cherry, Sugar Plum, Hot Chocolate, Sugar Cookie, Gingerbread, Apple Cider, Green Apple Grinch, and Polar Punch.
I was also pleased with the distribution of flavors in the packaging. There's between 3 and 6 of every flavor and a bunch of mystery flavors. 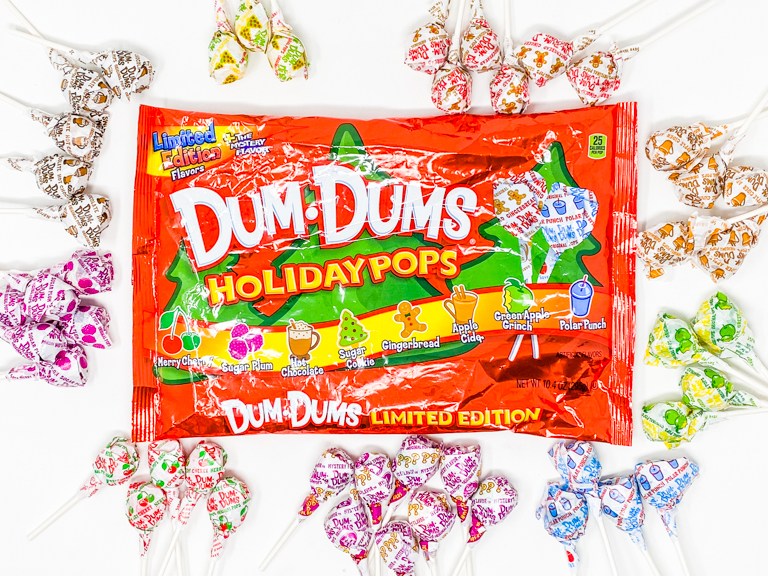 As fun as it would be to have 9 suckers each, that's a little too much candy I think. I asked the kids to pull out 1 of each flavor for me. 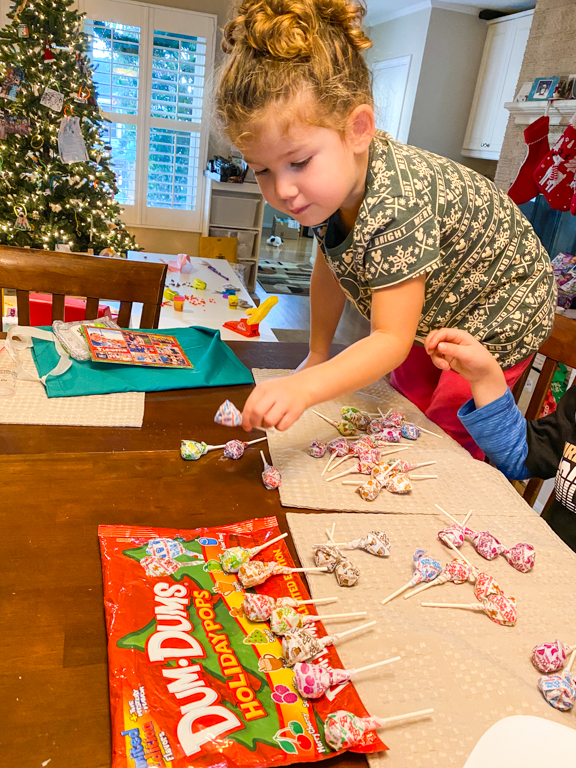 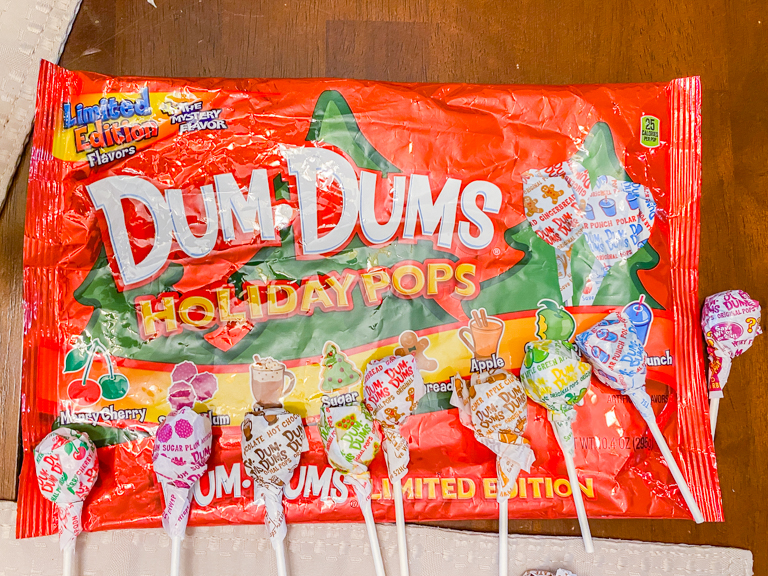 My plan was to smack each sucker with a meat tenderizer until it cracked. After a couple whacks on this plate, it was obvious the candy was going to need a little more convincing and the plate might not be the best idea. 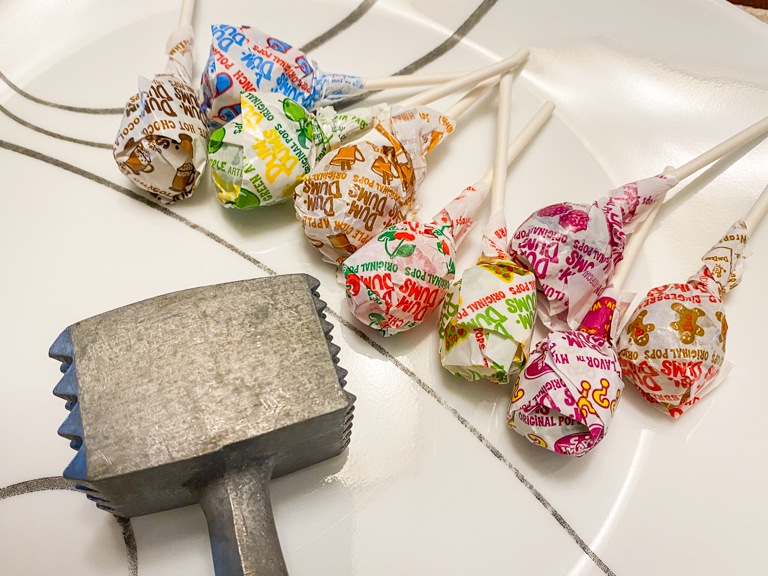 Bring on the metal cake pan. It also helped contain the mess when the suckers inevitably shattered after a little bit too much convincing. 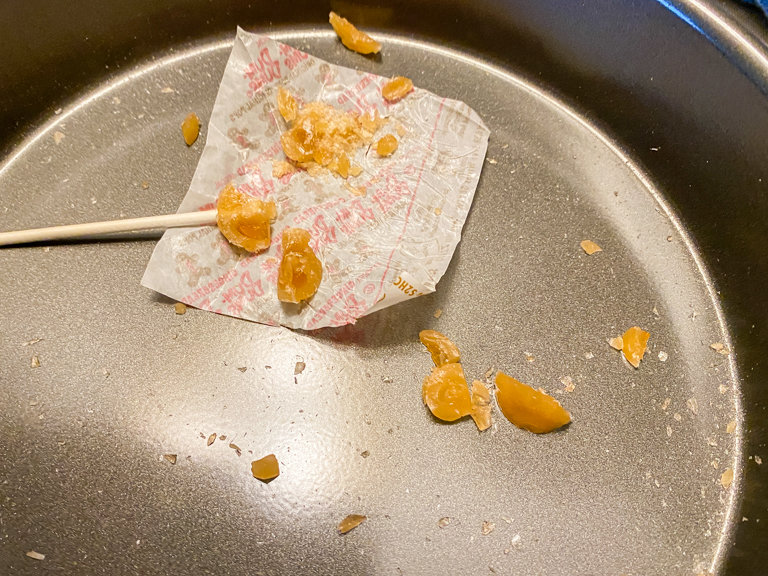 Usually the kids will have different ones they want to try first so I'll just make it random. Today though, they were very agreeable with each other and excited for each other's picks. So in a very random order.
Gingerbread - Now that's different. I'm trying to remember another gingerbread hard candy I've ever had.
Polar Punch - It tasted similar to a fruit punch, but with more berry flavor. Also tasty.
Sugar Cookie - This one was odd. I tasted butter, so maybe more like a butter cookie. But for a sucker made of sugar, I was missing the sweetness of a sugar cookie.
Hot Chocolate - Remember those Oreo Candy Canes we tried? These taste like those. Both of them taste like Tootsie Rolls.
Merry Cherry - Tasting this one, I immediately thought of Kool-Aid Cherry. Not bad.
Apple Cider - I've had this flavor before, but I can't place it. Definitely apple but not the apple I'm used to.
Green Apple Grinch - If you've had Green Apple, you've had this one before.
Sugar Plum - This tasted a little grapey to me. 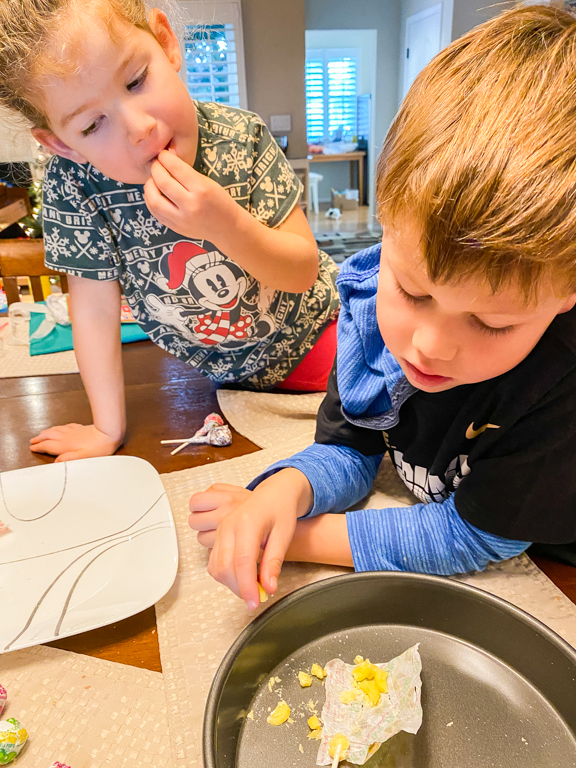 Next up is the mystery flavor. Now the mystery flavor is never just one candy flavor. It's a time-saver in the way Spangler makes their Dum-Dums. After running a batch of one flavor through the machines, instead of cleaning everything down, the next flavor is fed into the machine. The result is a mix of 2 different flavors. Because the flavors are always changing, the two flavors that are mixed could be anything. Slap a Mystery Flavor wrapper on the top and you're good to go! 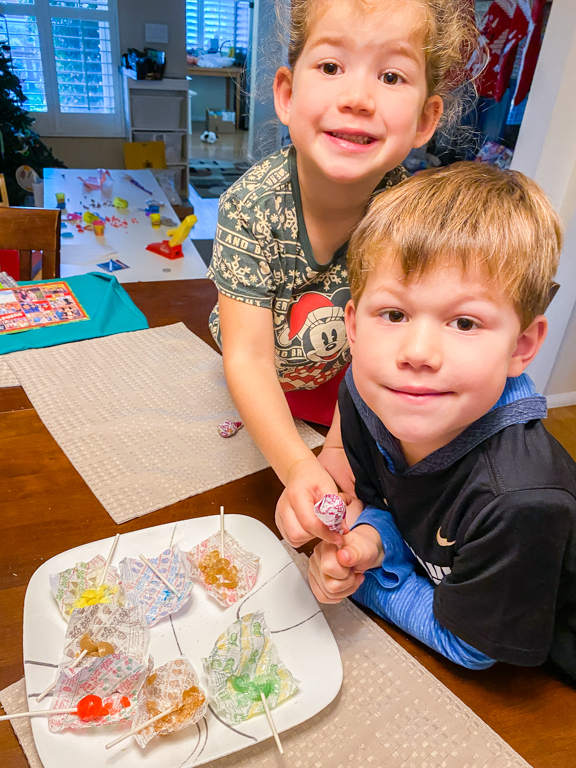 Our mystery flavor is very green.
From the taste of it, my guess is that we got a heavy dose of Green Apple Grinch with a little Sugar Cookie in there too. 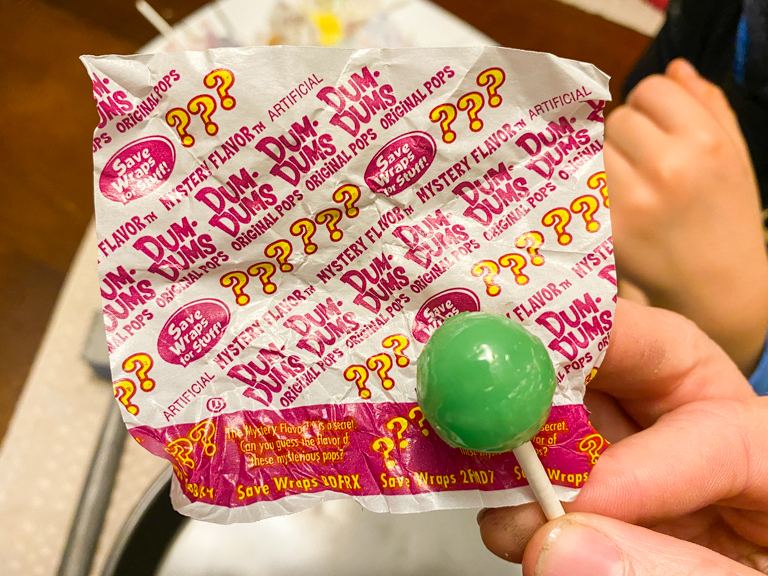 The results of all our candy smashing. 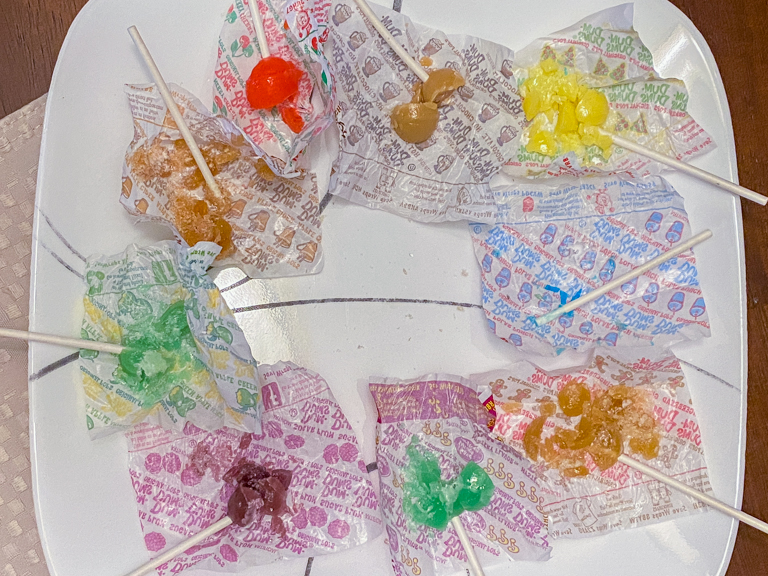 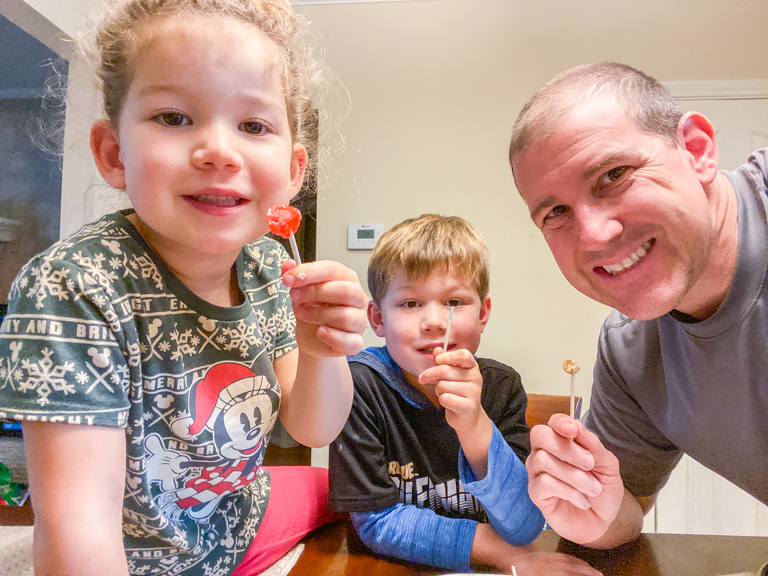