Hostess is bringing out a few special treats for the holidays. And at this point I'm thinking that maybe I've been collecting a few too many "treats" to sample this holiday season. 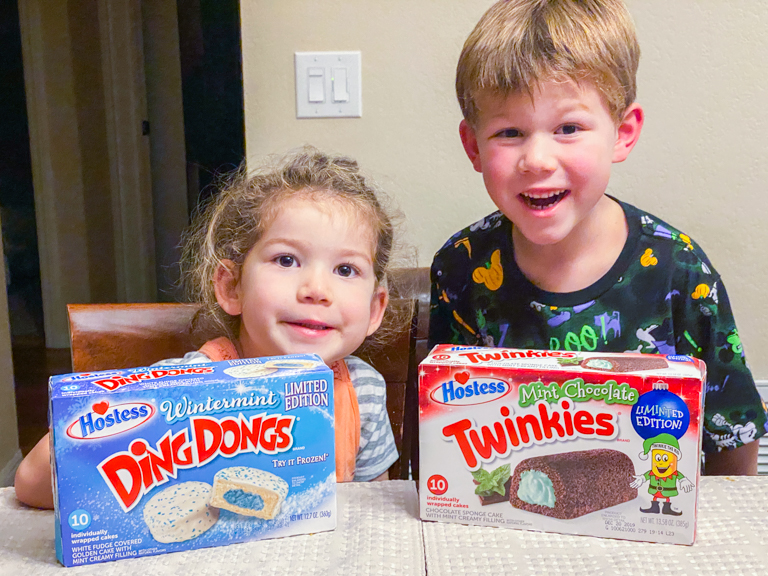 Today we're going to try the LiMINTed Edition Mint Chocolate Twinkies and Wintermint Ding Dongs. There's actually a third treat out, but it's just a regular cupcake with holiday sprinkles on top. 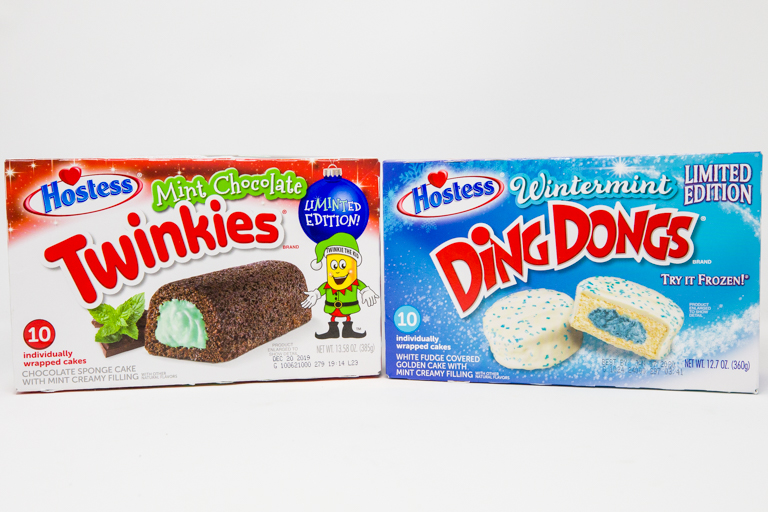 Twinkie the Kid has traded in his normal cowboy hat and neckerchief for a Christmas elf outfit. This might actually be the first time I will have tried a chocolate Twinkie, though I know they exist in other flavors. 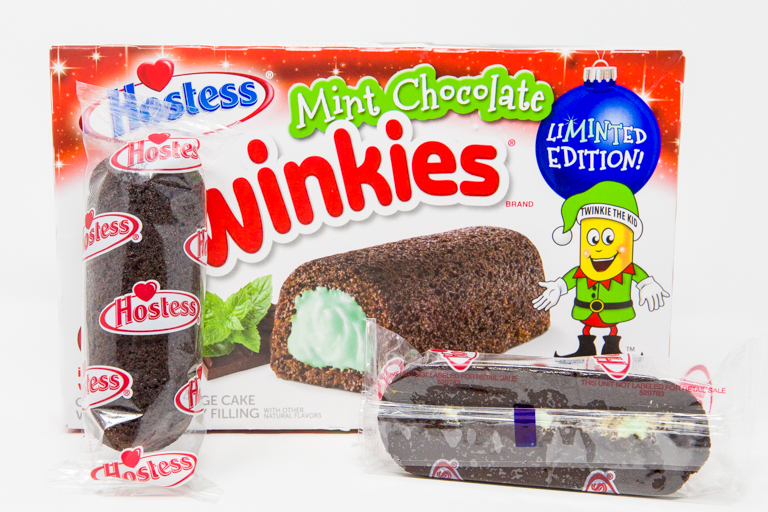 Chocolate Sponge Cake with Mint Creamy Filling. Cutting one open and comparing the insides to the box, they did get the color right on. The middle will never look as perfect as the box because of how it's injected. Through the bottom of each twinkie, you'll always find 3 holes. That's where the creme is coming from. And actually the cut below was my second cut. 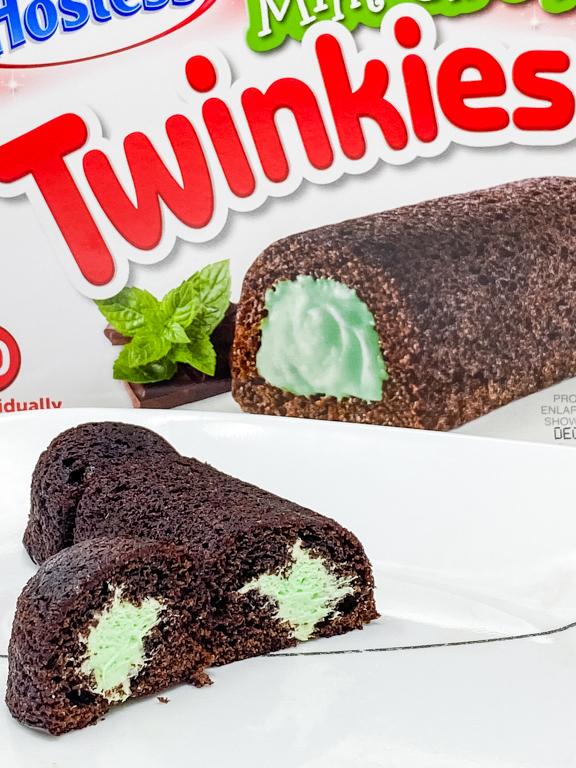 I got pretty unlucky with my first cut. I thought it was actually funny when I pulled it apart and saw no creme at all. 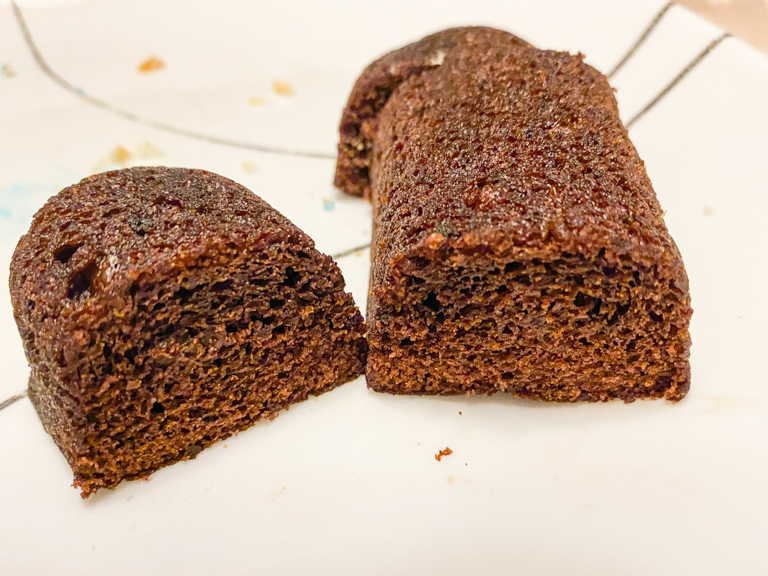 The chocolate sponge cake stood out. It was tasty. The mint was subtle. I tasted it my itself and still didn't get much mint flavor. 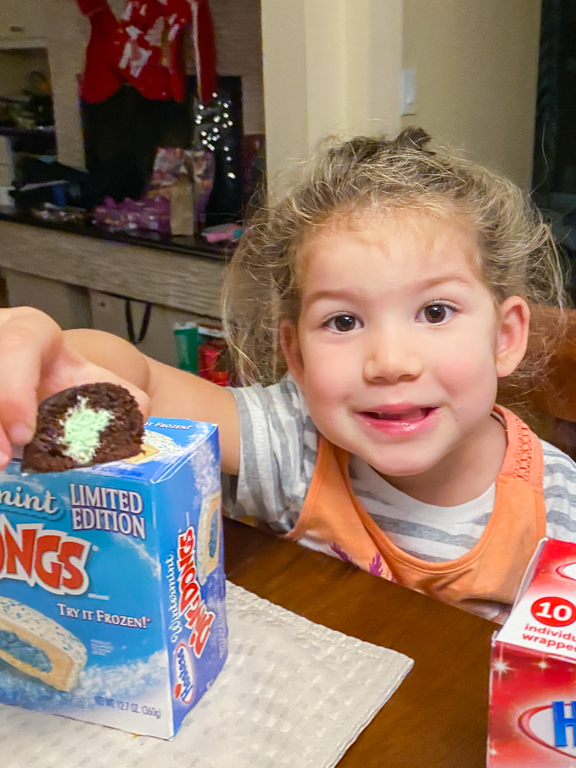 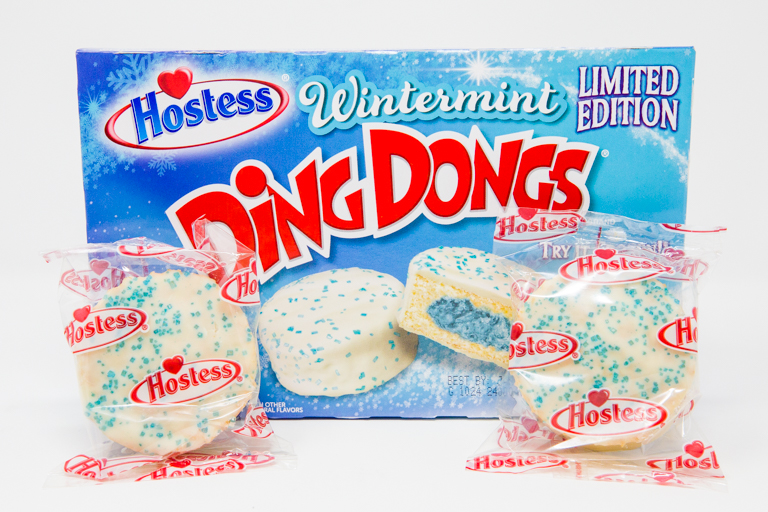 Again, they did a good job with the filling. I was wondering if it really would be that blue colored filling, and they nailed it. 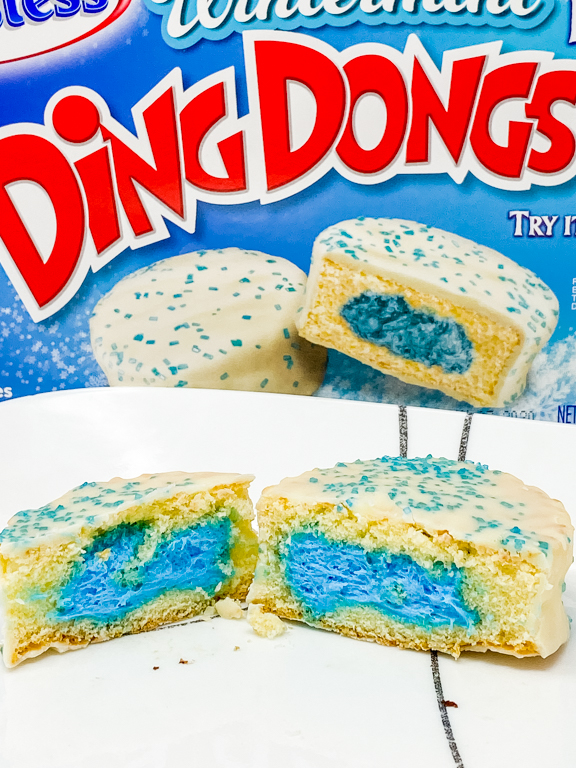 The cake is light and airy. I love the big sugar crystals on top to give it some crunch. The filling again lacked much mint flavor. Still though it was Ian's favorite. 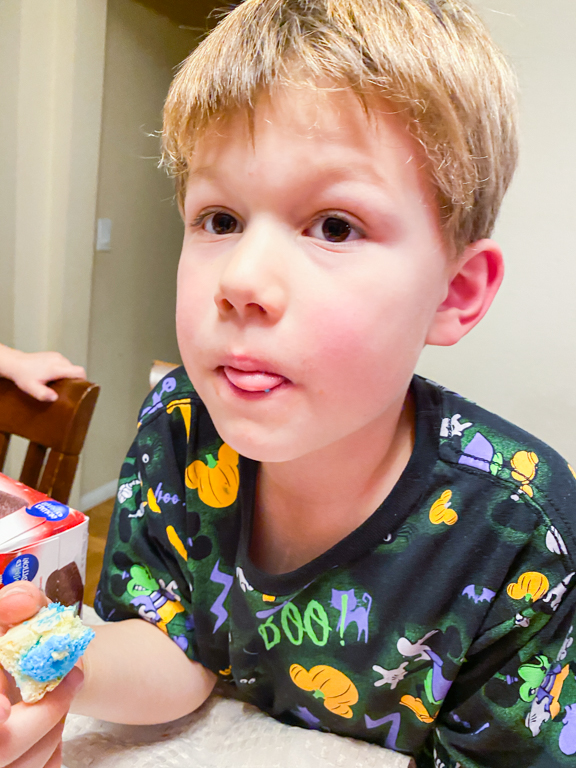 The box for these also suggested "Try It Frozen!".
I put a couple in the freezer earlier so we could do just that. 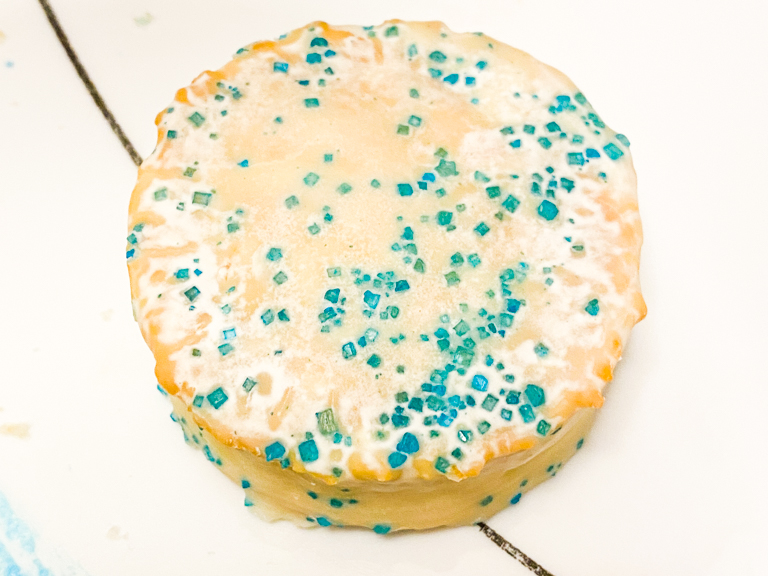 Remember that "light and airy cake" comment before. Freezing it make it much more dense. And that whipped filling it now a thick puck of frosting. That all might sound negative, but I actually preferred it frozen to the regular version. 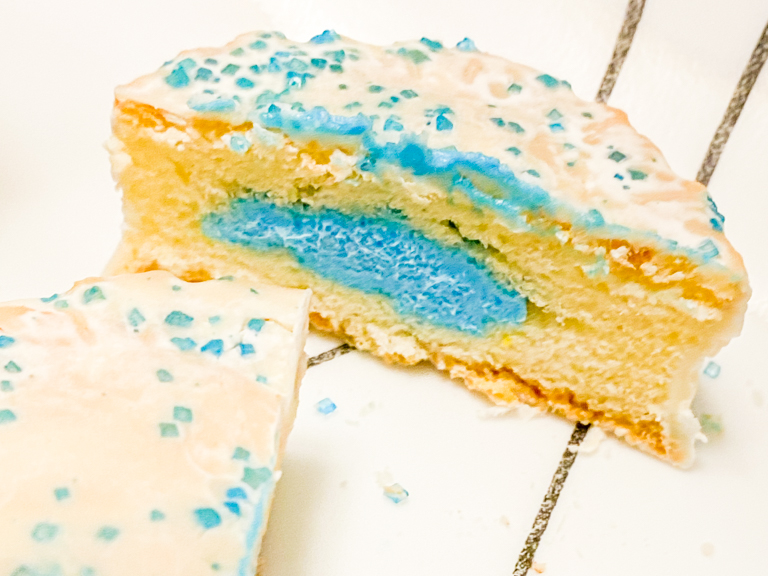