Our Christmas Tree has been up for a few weeks, but now that it's after Thanksgiving it's officially time to post it. Theresa is in charge of making sure the inside of the house looks good, while I'm in charge of the outside. We'll get to that post later (and as soon as all this rain finally goes away and I can get on the roof safely). 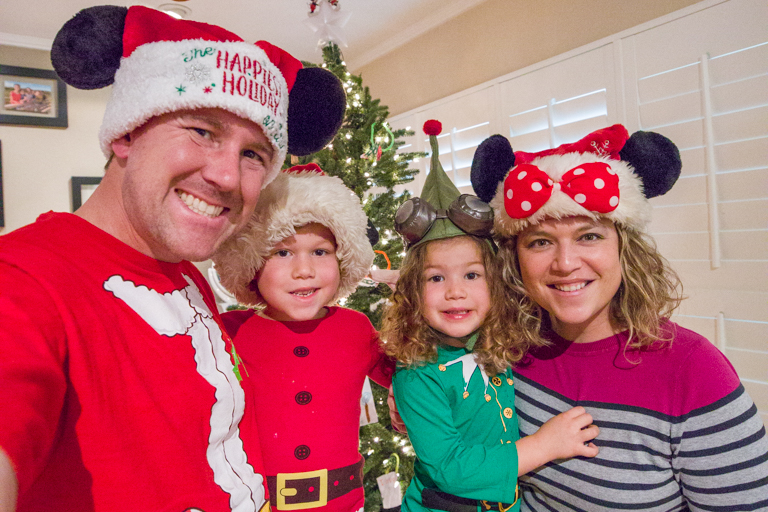 Well, I thought Theresa was going to be in charge, but I think the kids have other plans.
Santa Ian and Elf Alli have big ideas for what's going to happen next. 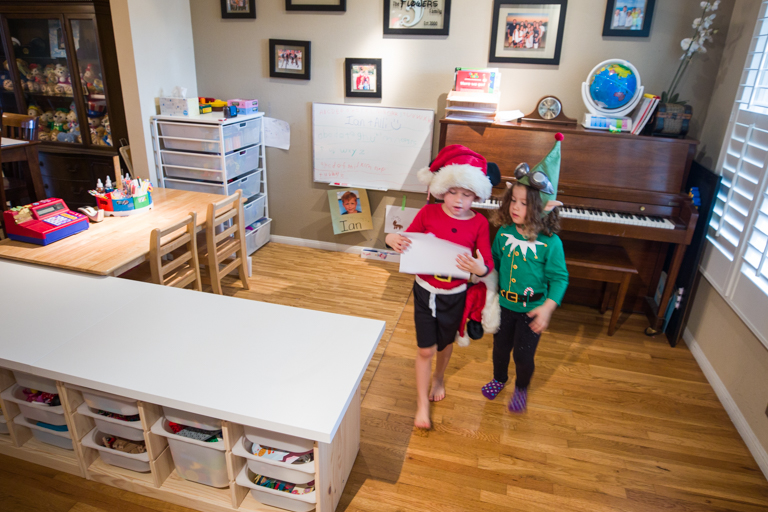 One day after getting home from work, the kids surprised us with a bunch of homemade ornaments from their maker space. Made from popsicle sticks, pipe cleaners, tape, paper, and drawings, I thought these were really awesome. 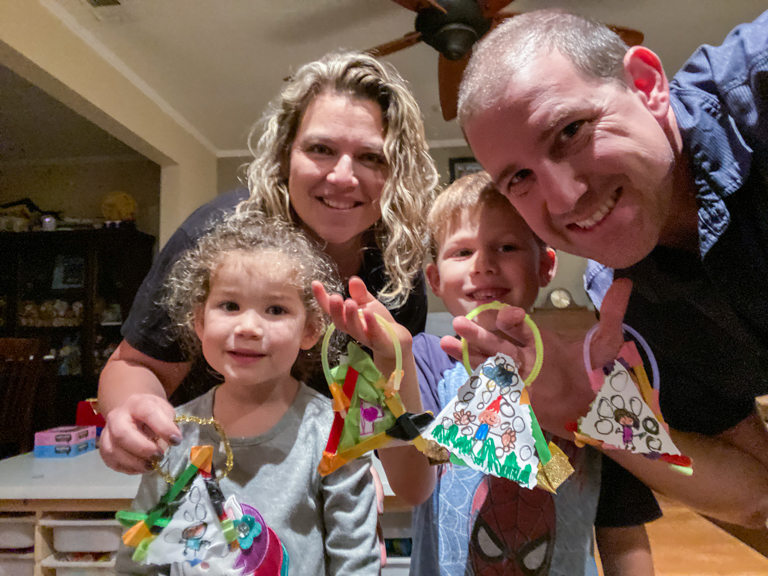 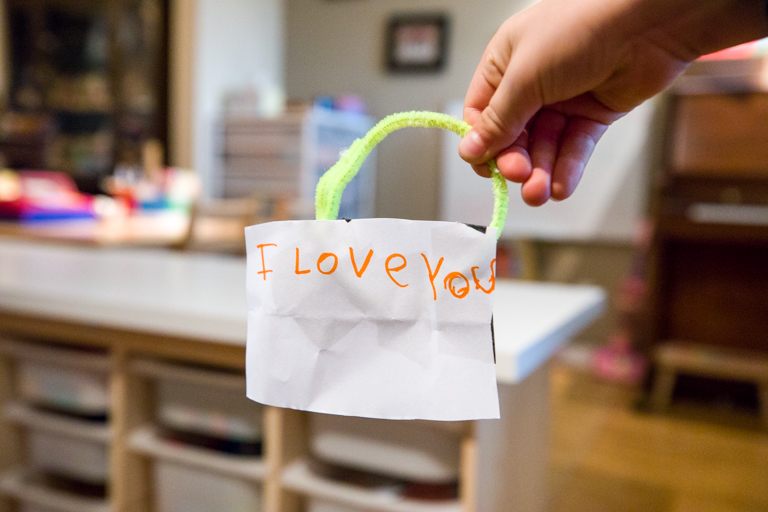 Knowing how much they go through tape, Theresa bought them some special Christmas tape. 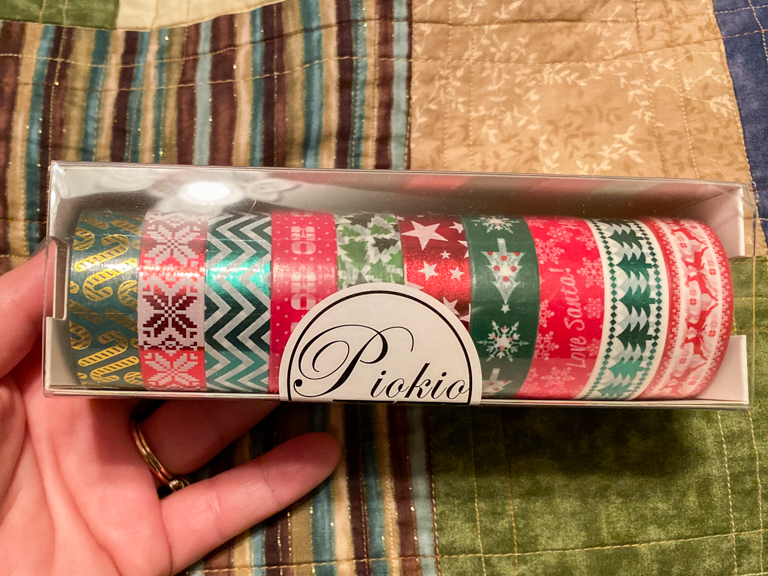 With the tape, they were off making even more ornaments. 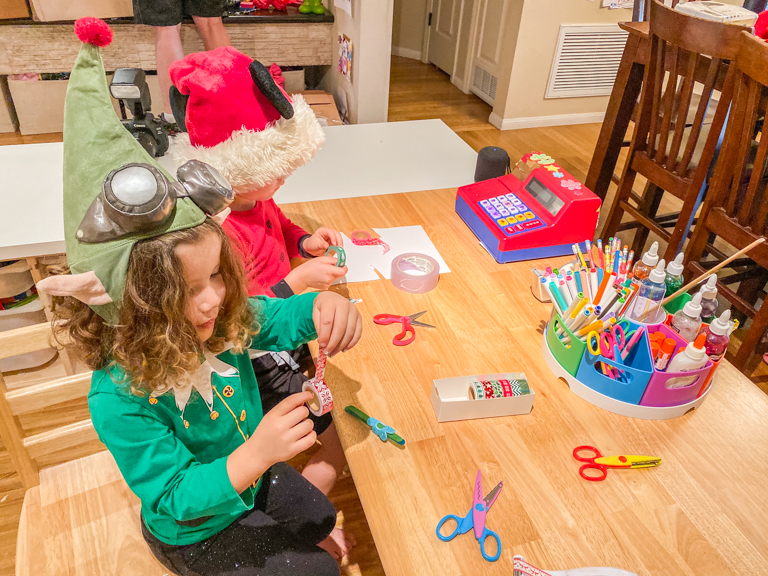 Time to pull out the tree. All artificial for us. 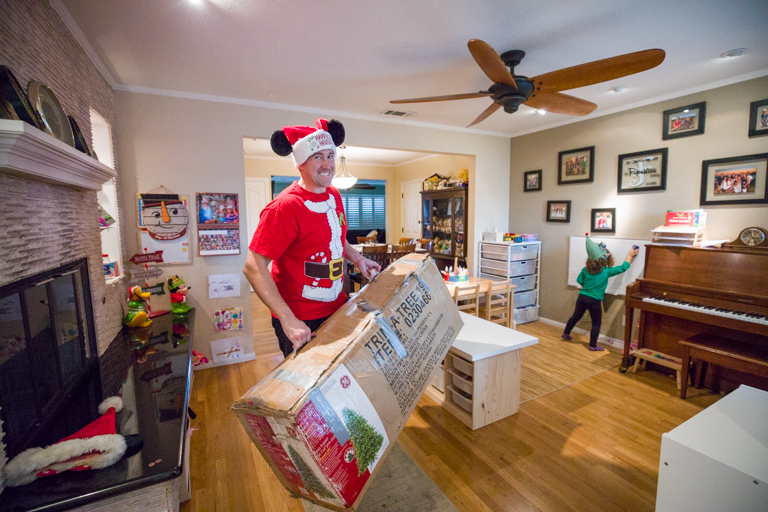 Ian is helping me get the tree set up. 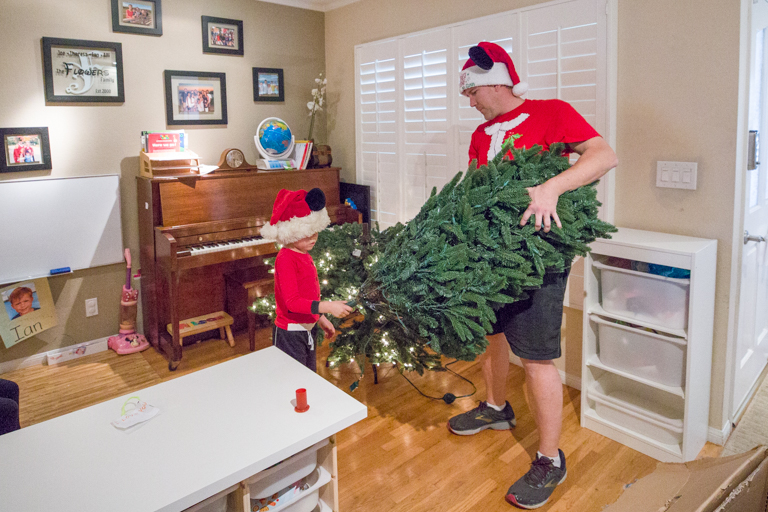 Theresa showing them how to properly "fluff" the tree. 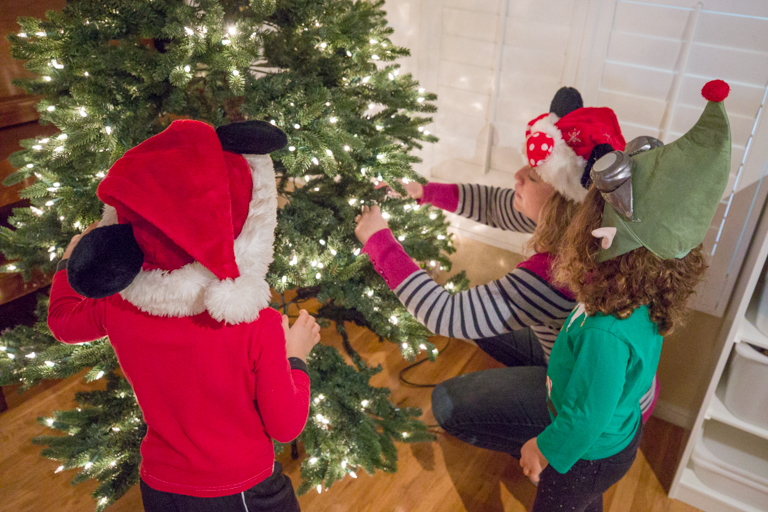 Looking good Alli.
Oh yes, while all this is going on, the fire is burning in the fireplace and we're listening to Christmas songs. 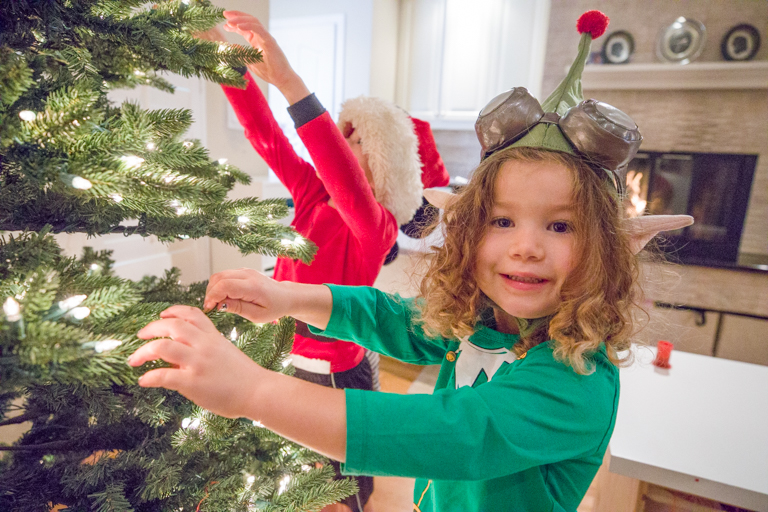 The first ornament of Christmas! I love it Ian. 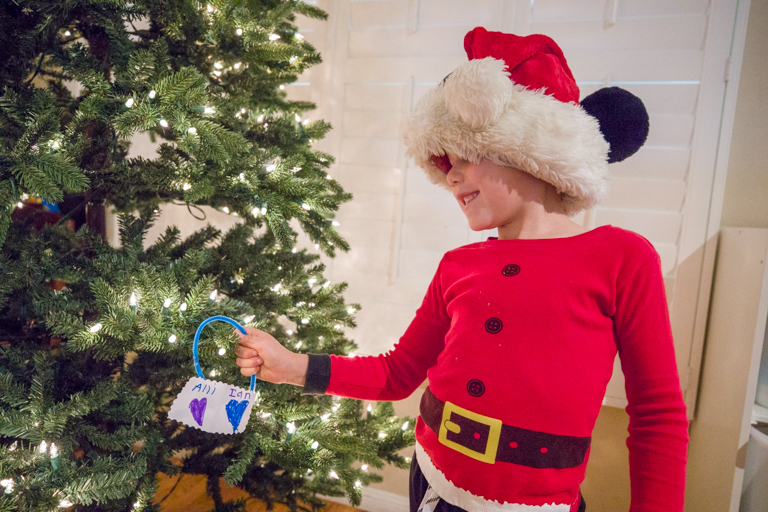 I pulled out all the boxes of Christmas ornaments from the attic, but the kids were having such a good time that Theresa and I looked at each other and decided that this year, they'll be in charge of decorating the tree. They've got a bunch of stuff in their maker space and it looks like anything can be turned into an ornament. Like this plastic egg carton by Alli. 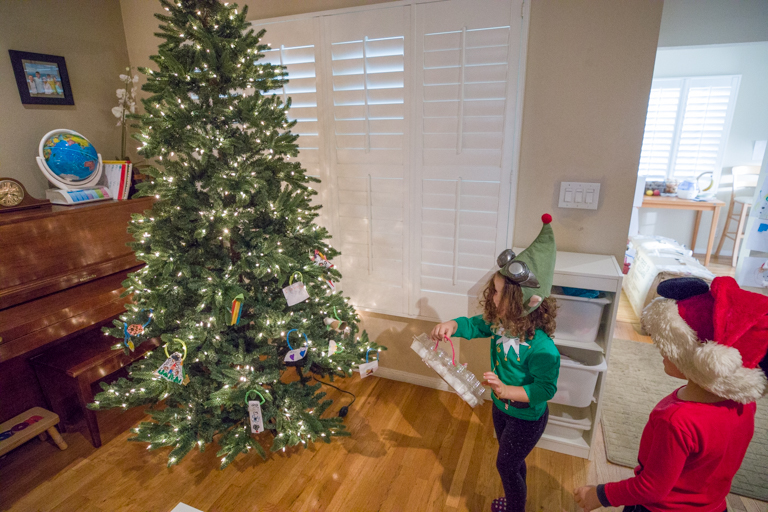 Ian drew a picture of the Disney castle with fireworks and hung it on the tree.
Just below it, I thought it was very clever of Alli to tape 4 popsicle sticks together to make a sled. 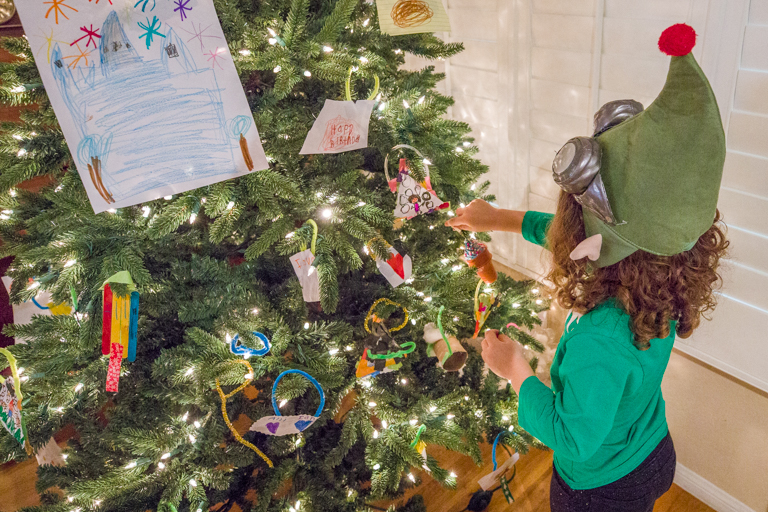 We still put a few of our favorite ornaments up. Can't forget our favorite Christmas Elves Wayne and Lanny from the Disney TV Specials Prep & Landing. 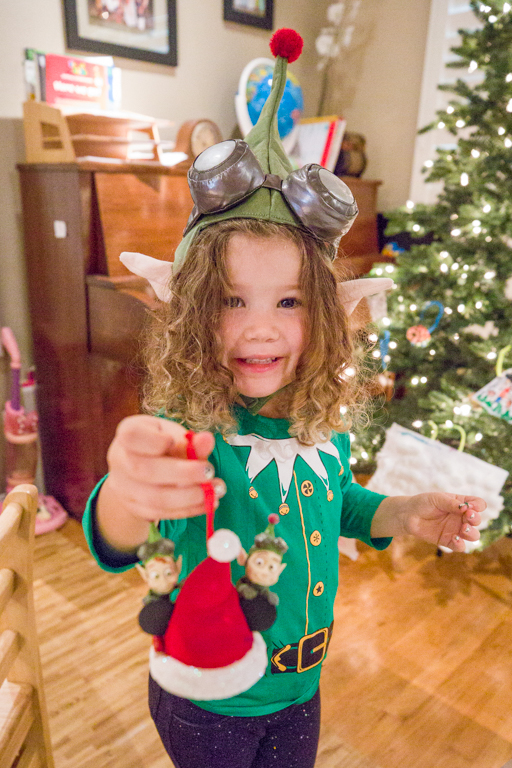 And the kids were impressed with Gram's maker creations. I remember making these kinds of ornaments with Gram when I was just about Ian's age in kindergarten. They're clothespins that have been painted and decorated with pipe cleaners, puff balls, ribbon, and other accessories. 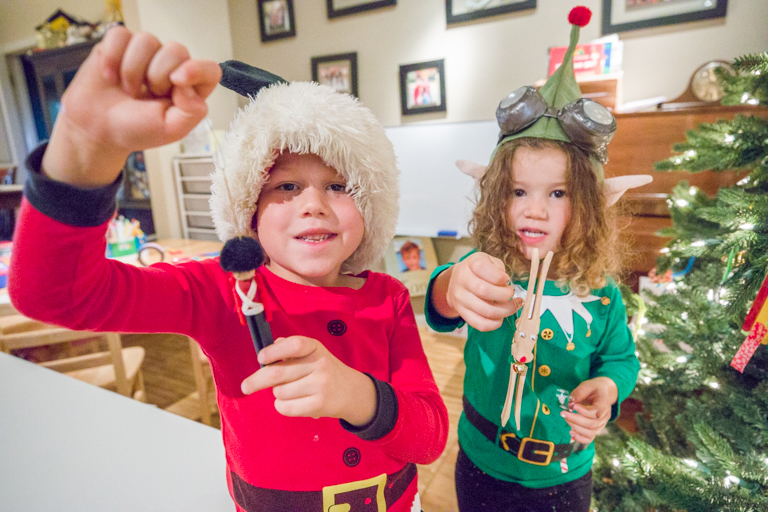 New this year is a Mickey and Minnie star on top. 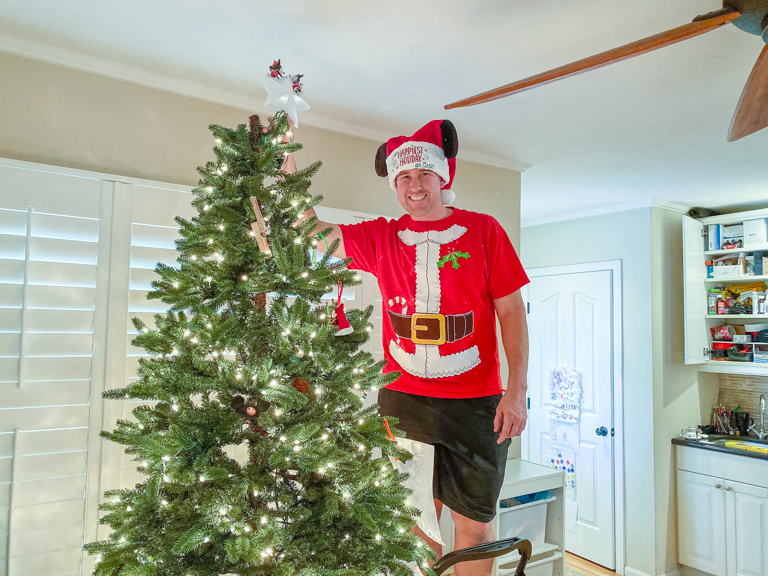 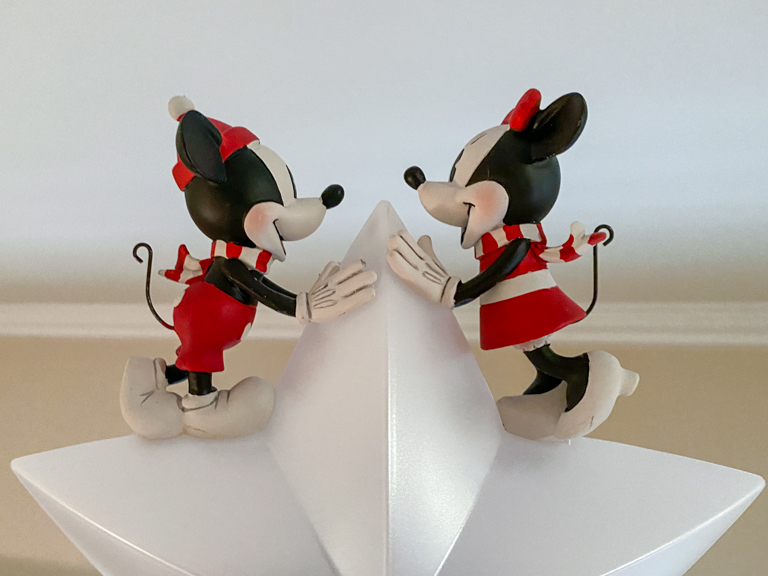 Oh, Uncle Ruston sent us some postcards from New York? 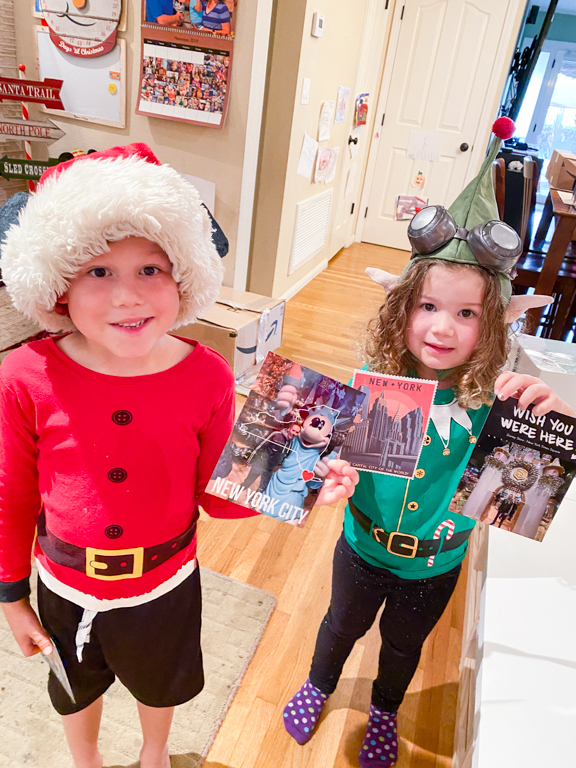 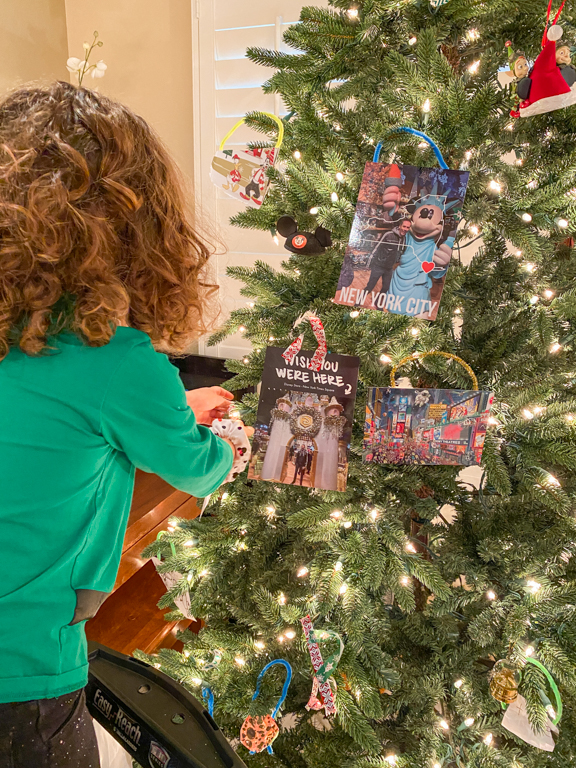 The box for new Christmas star is covered with pictures of Disney characters in winter scenes? 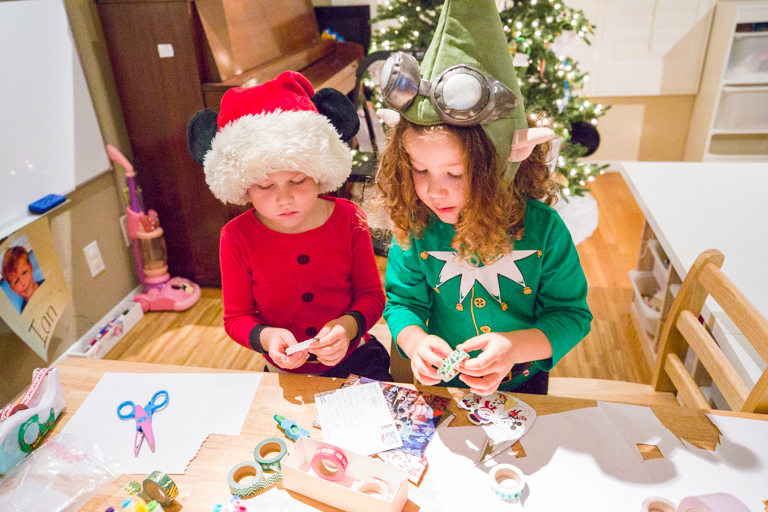 Now they're going to be ornaments. 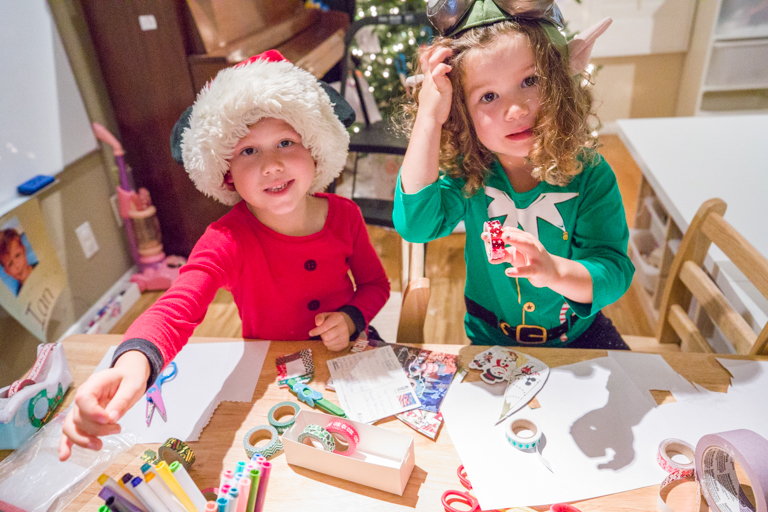 The kids had a great time decorating the tree. 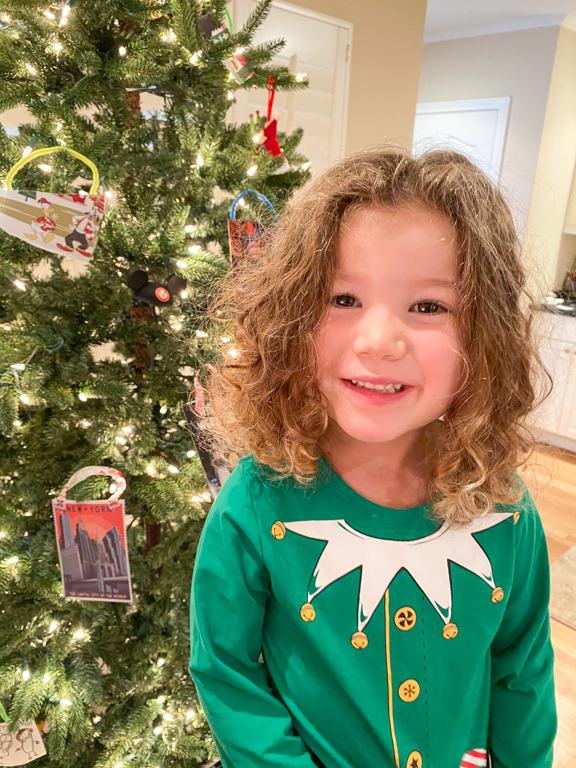 I love their creativity. 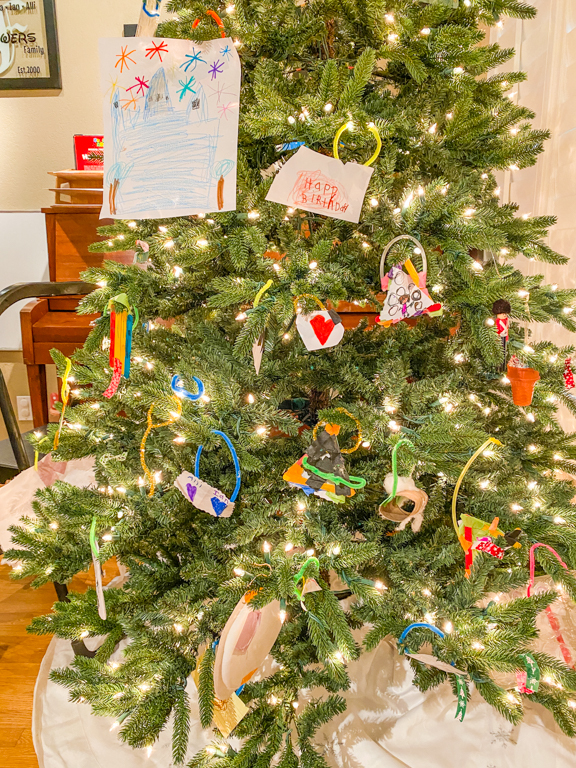