In honor of National Bacon Day, today we're tasting a brand new cereal. As part of the Honey Brunches of Oats brand, just like the Chicken & Waffles cereal we tasted before, there's another cereal from Post called Maple Bacon Donuts. 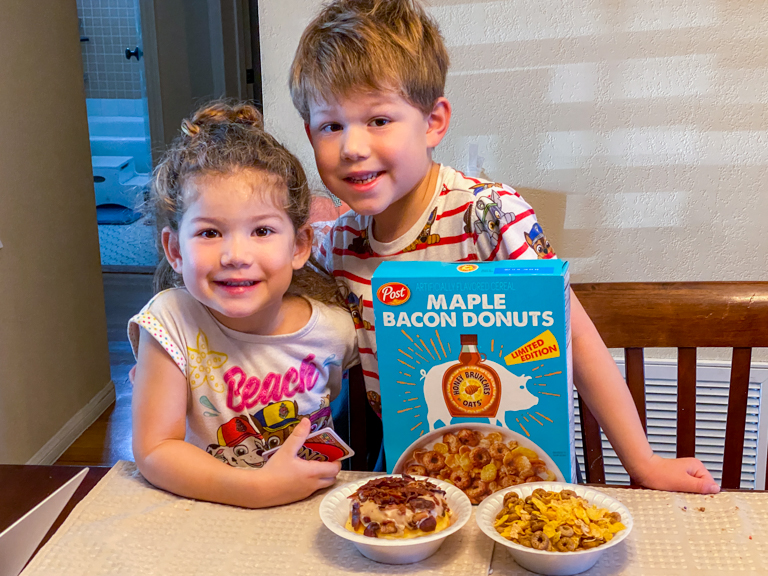 So just like usual, we're going to compare the cereal to what it's intended to represent. In our case, the Maple Bacon Donut came from the tasty Moon Donuts. 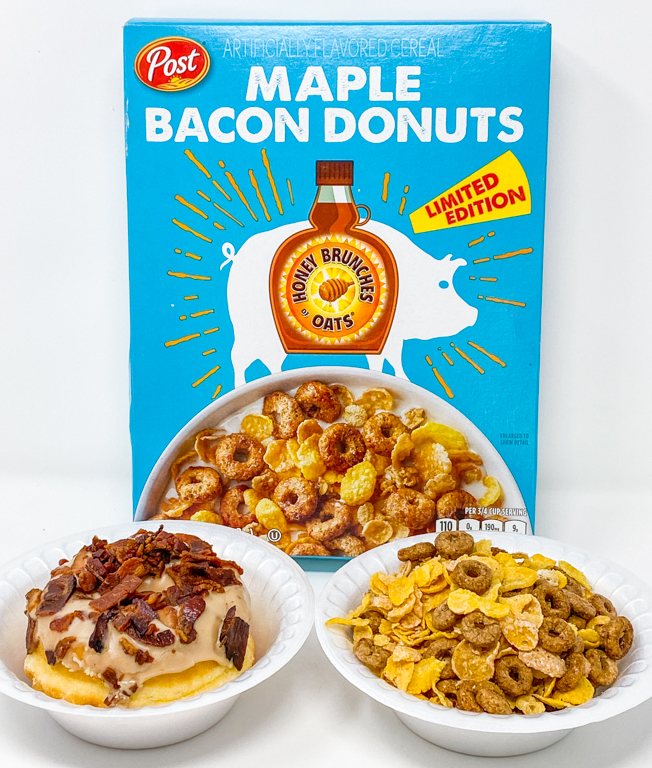 There's 3 different types of cereal pieces. On the left are just plain corn flakes. In the middle are the bacon flavored donut rings. You can see little specs of red inside them. On the right are sweet cereal pieces with a little maple flavor too I think. 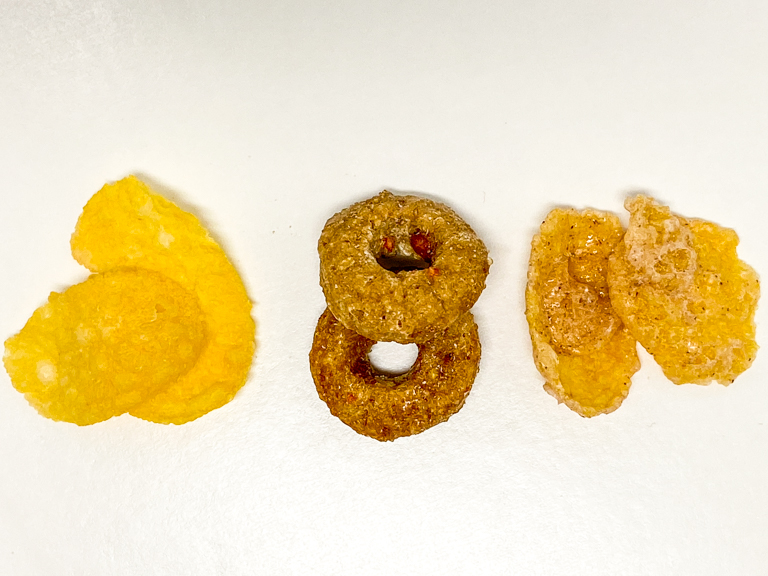 Time to taste! There's nothing special about the corn flakes. The sweet cereal pieces were tasty though. 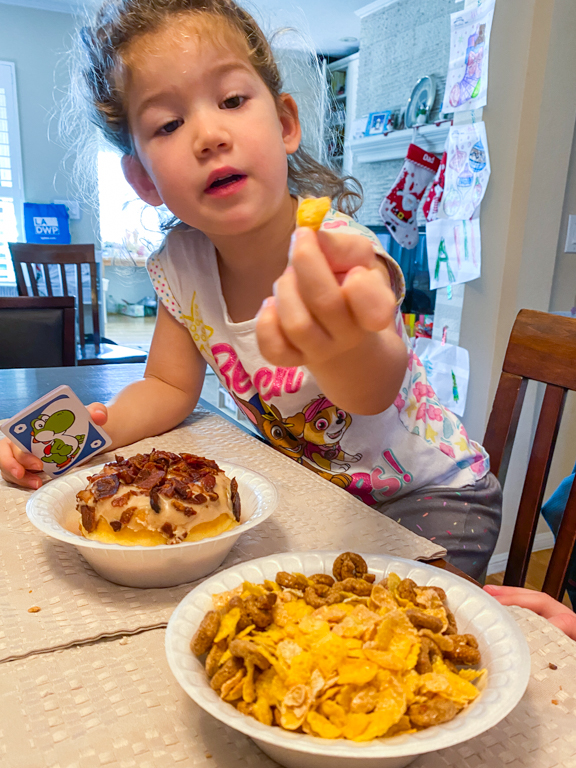 The Bacon donut rings got a big "no" from everyone who tried them. The cereal isn't sweet and it's a smoky bacony flavor, but not all that good. 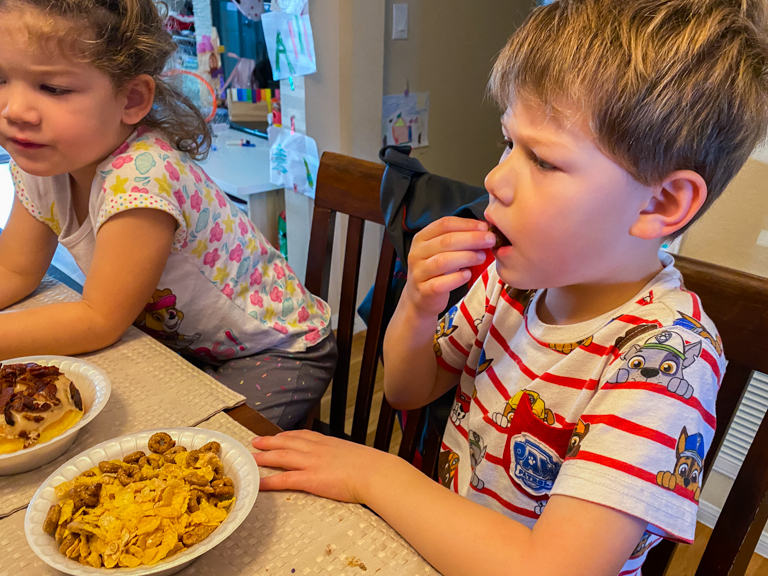 As for the donut, that it a big thumbs up. 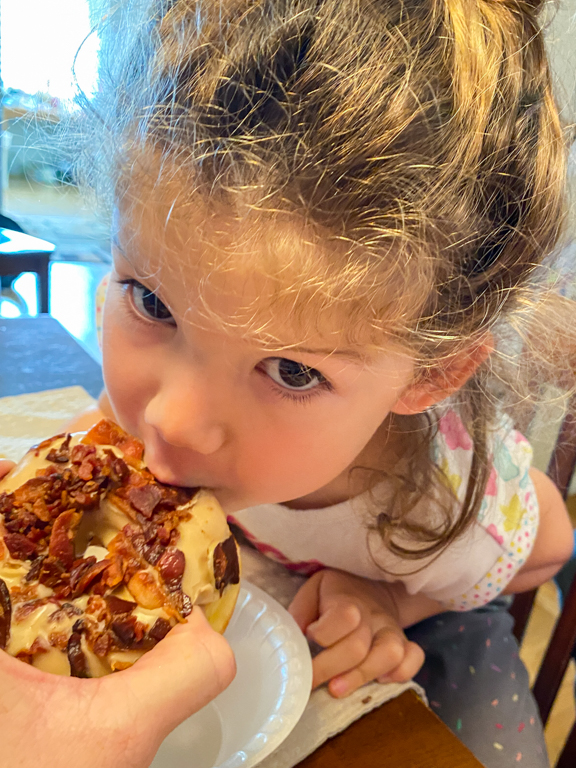 From both kids and me. 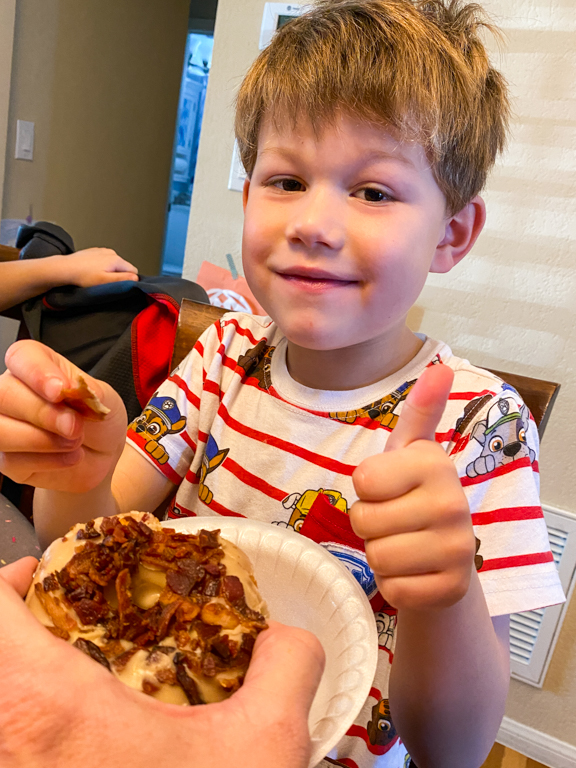 Actually I think they like the bacon the best out of everything. 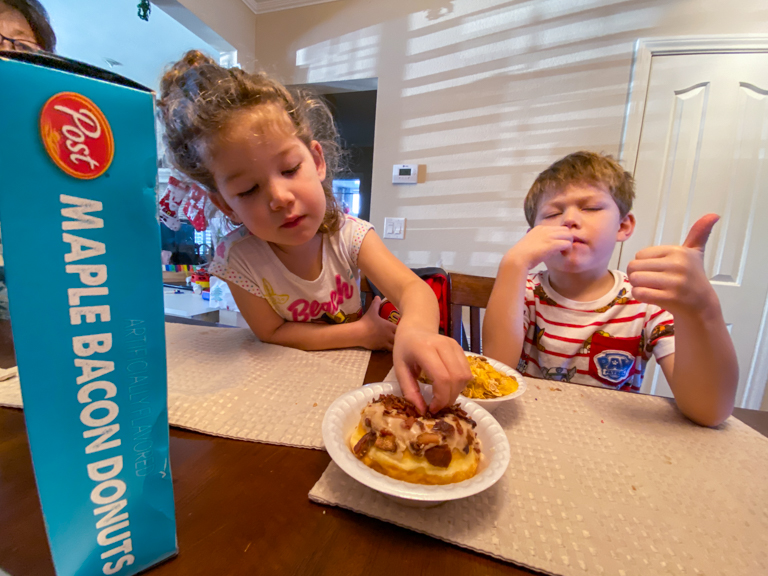 And in the end, I was left with a maple donut with all the bacon picked off. Happy Bacon Day! 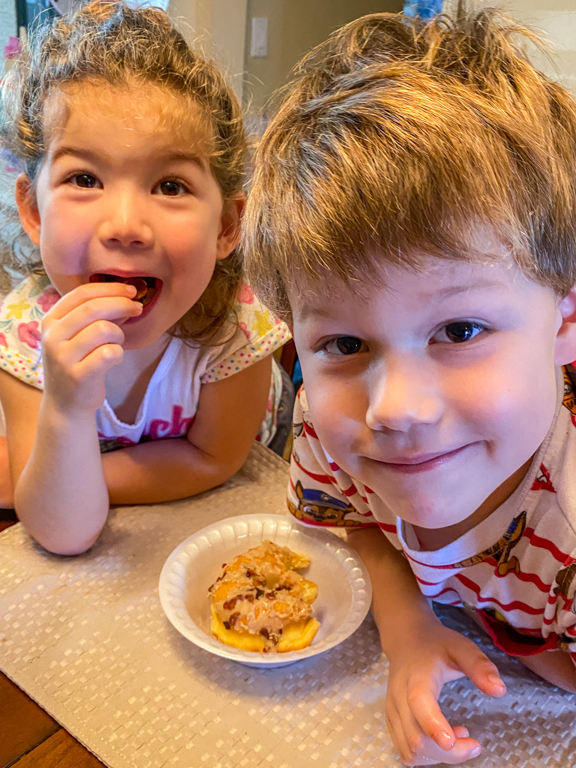