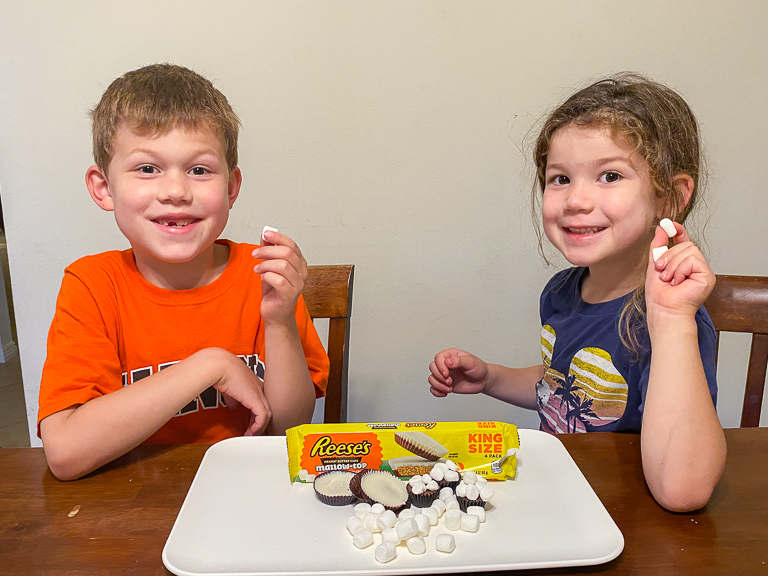 But what can we compare it with? I'm always trying to taste these treats along with something else. 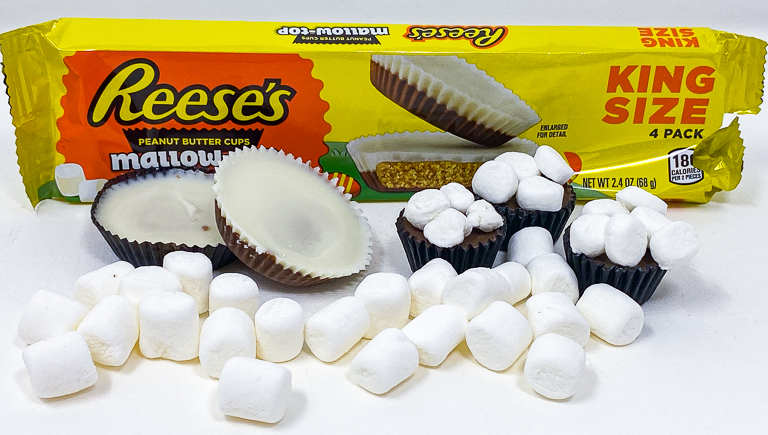 You can see the white layer on top of the chocolate layer. I don't see "white chocolate" on the ingredient list, so this must be more of a candy confection topping. 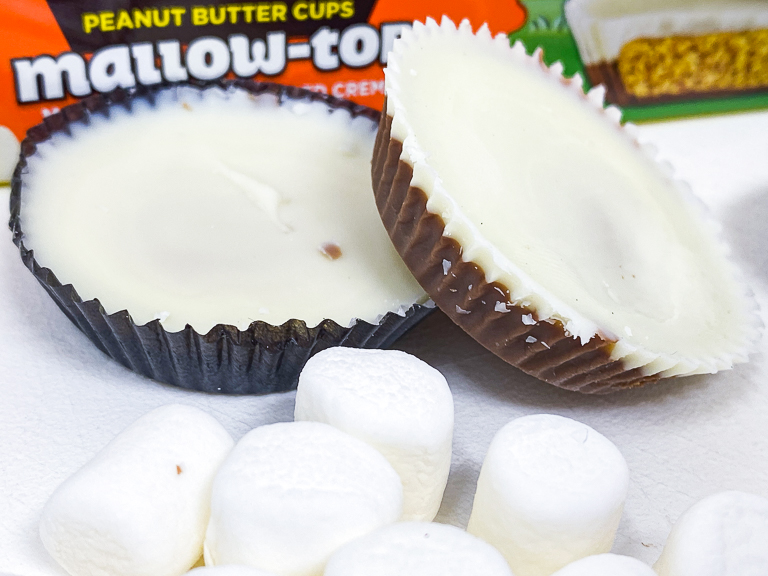 So kids, how can we make something similar to this? We grabbed a few Reese's Miniatures and a bag of mini marshmallows. 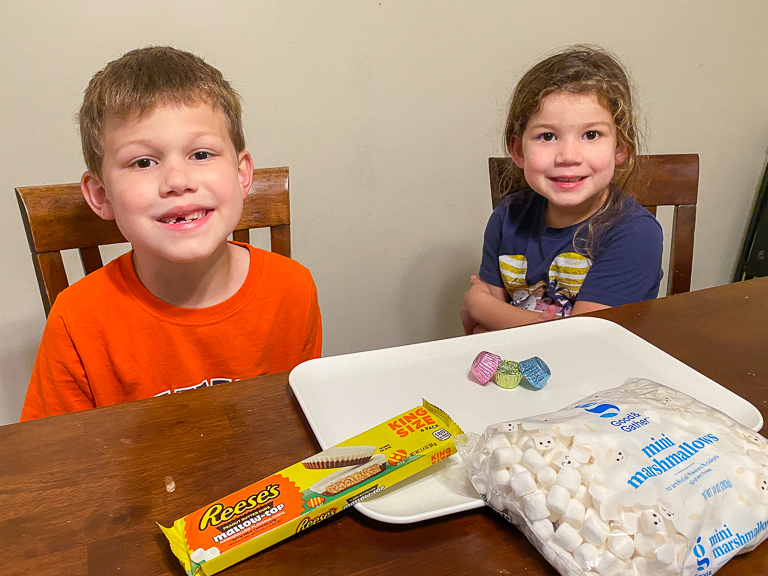 They used either scissors or tore them in half and topped the Reese's cups. 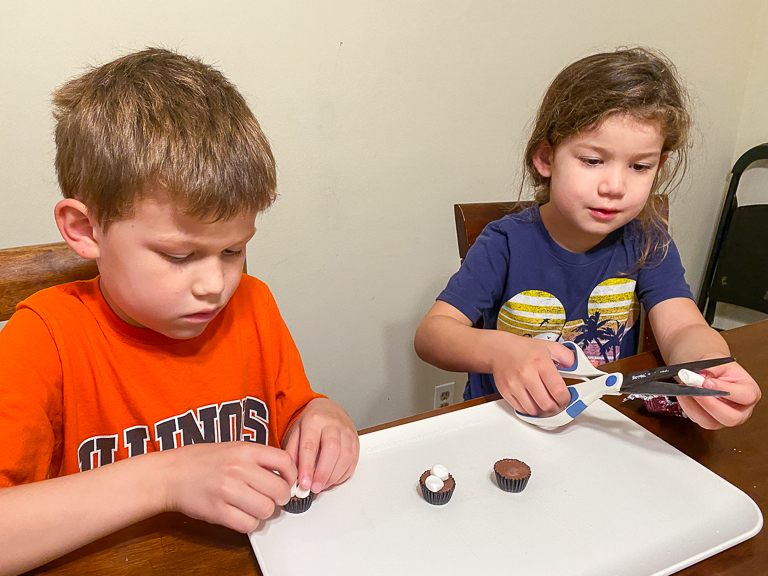 Where do all those marshmallows I laid out keep disappearing to? 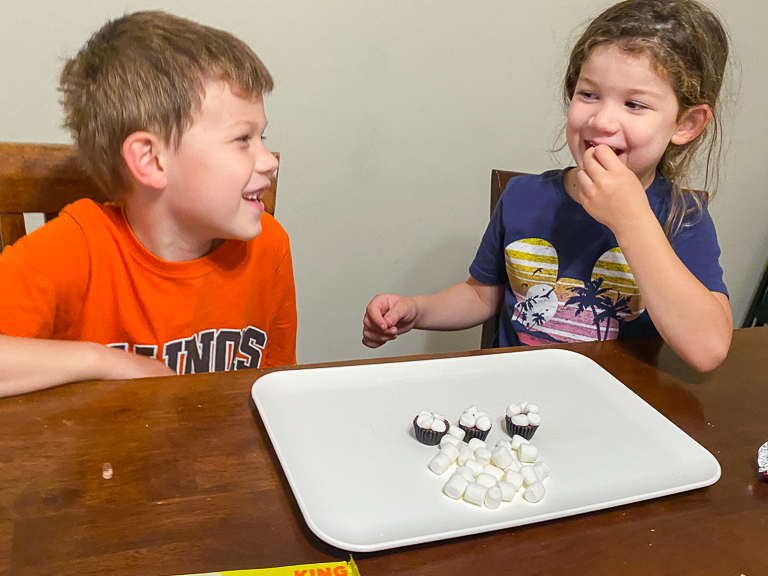 They got a kick out of sneaking marshmallows. 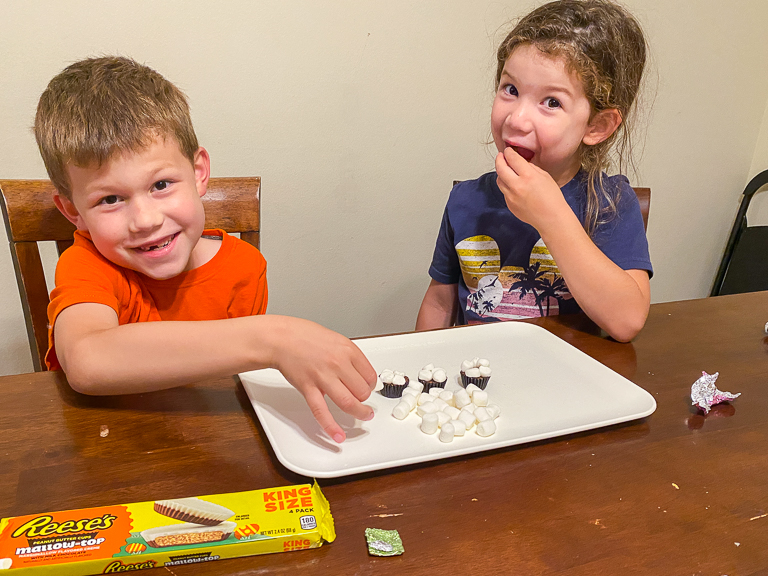 After we did our regular photo for the intro, they wanted to take a silly photo too. Time to taste them! 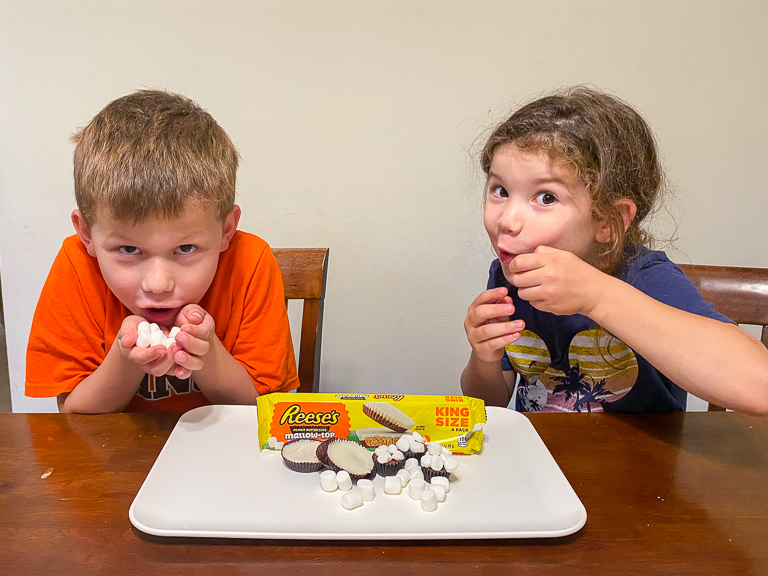 First are the official marshmallow Reeses. 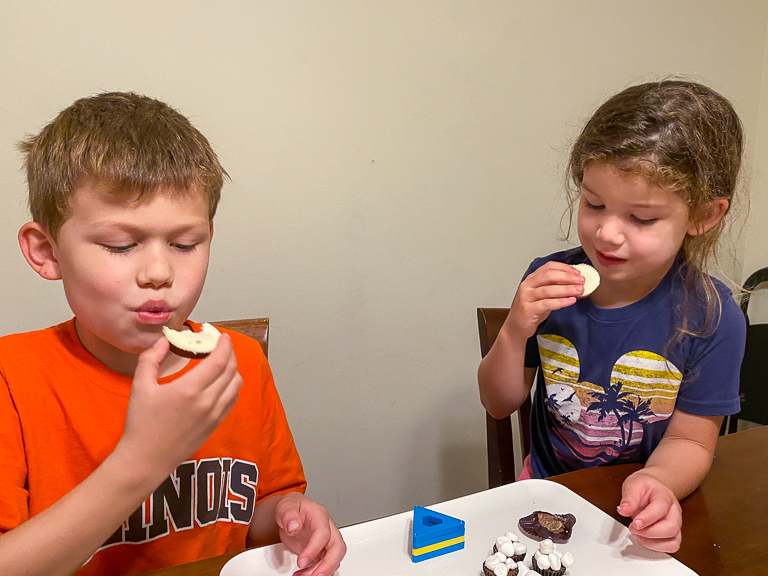 Ian - Good stuff. They're weird, but good.
Theresa - Definitely weird. But they are not good. 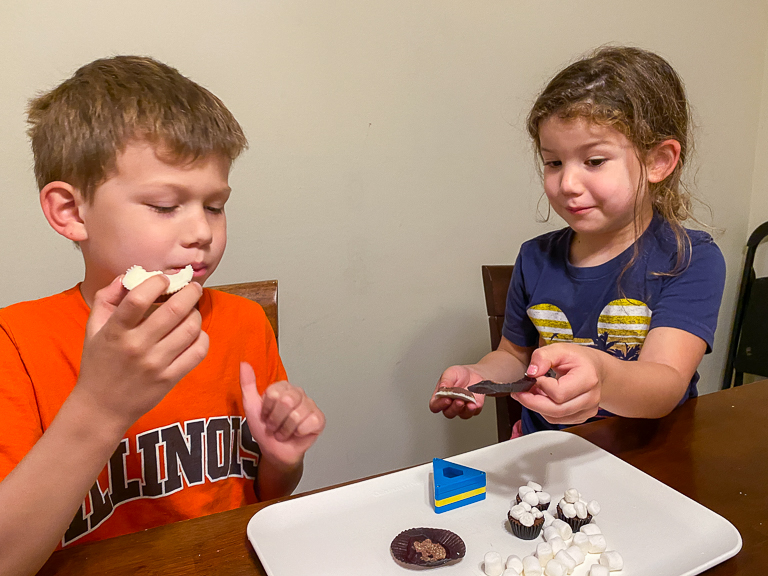 Alli likes them.
I also thought they were weird. I would not call the creme layer marshmallow flavored. Marshmallows taste a bit like vanilla to me, but these have some weird other flavor. I can't place it. 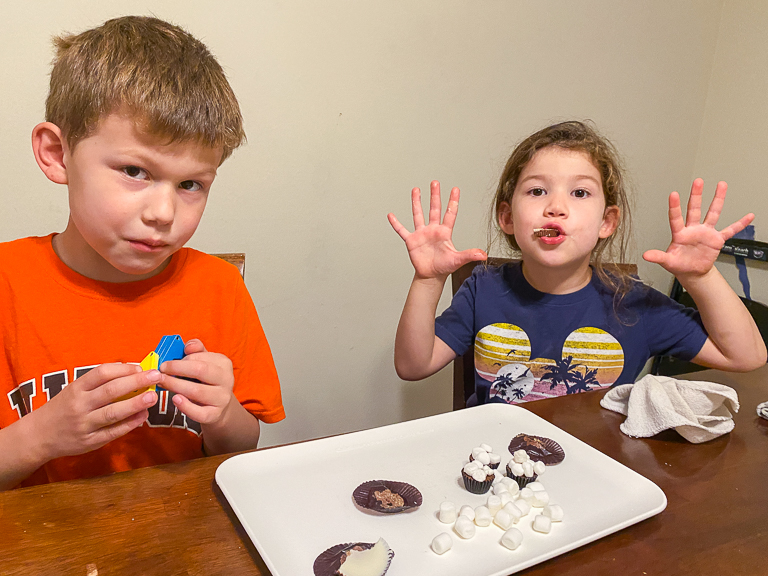 Our homemade Reeses marshmallow cups were next. 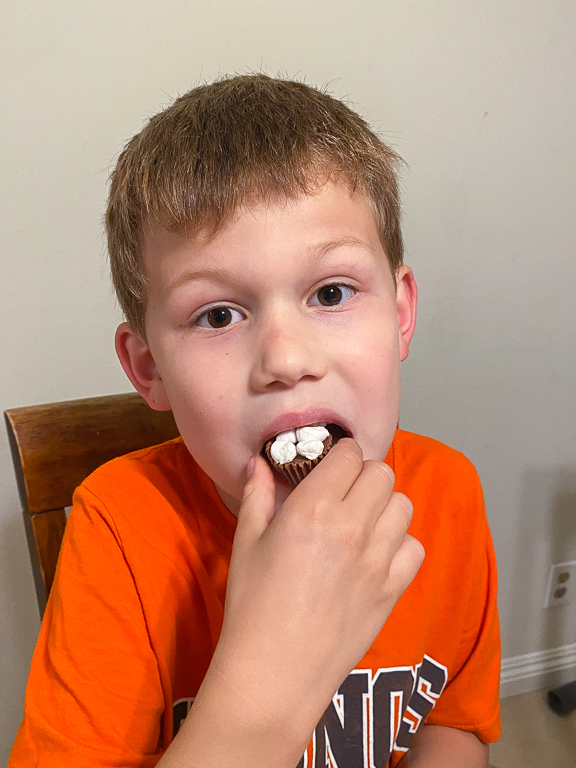 They were alright, but I'm not so sure they are a combination that needs to go together. 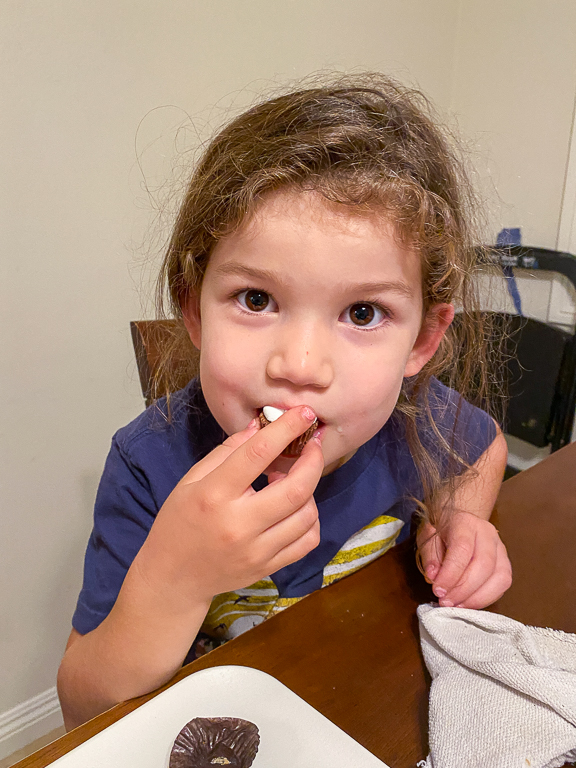