Today, the people who bring us Fla-Vor-Ice are bringing us Sour Patch Kids Freezer Bars! 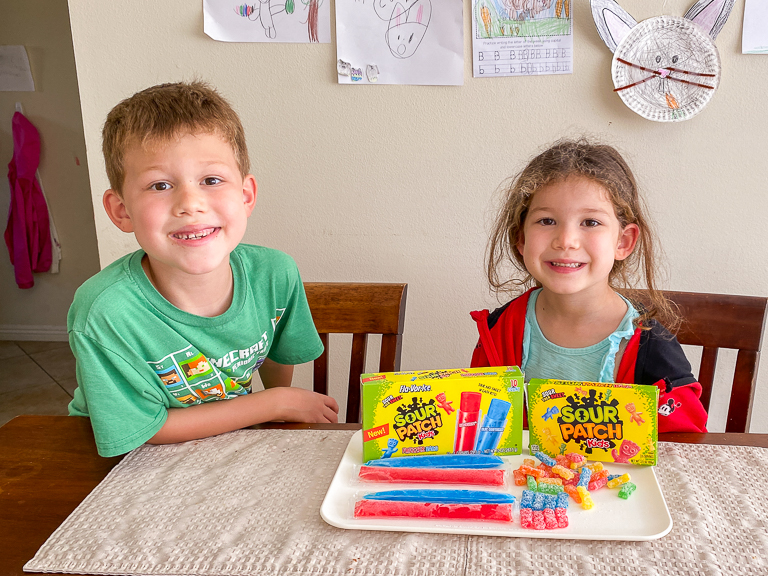 There's 5 classic Sour Patch Kids flavors, but Fla-Vor-Ice has decided to pick the two most memorable flavors. Both Redberry and Blue Raspberry. 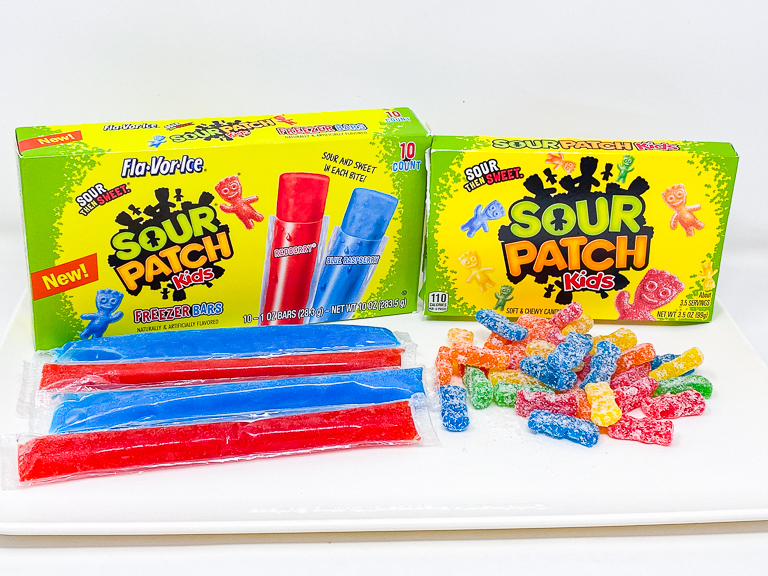 Looks like they did a pretty good job on getting the color right. 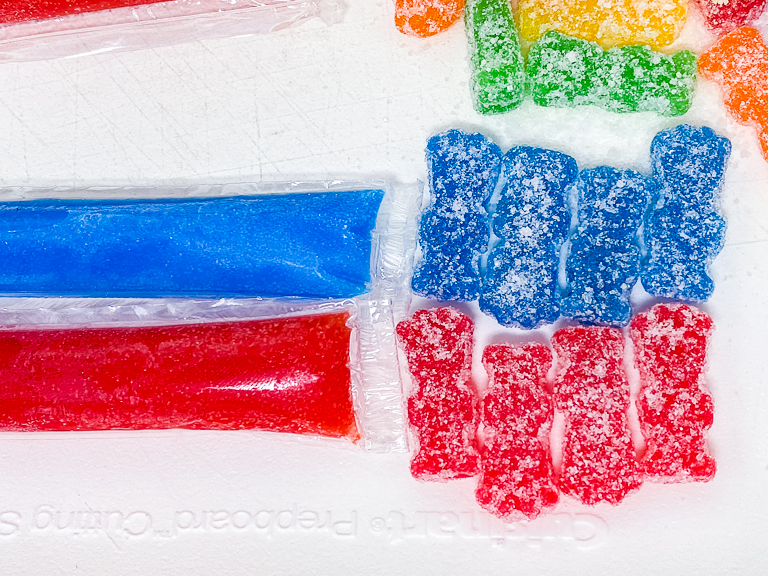 We've seen some interesting serving sizes on some of these frozen treats. Like the Froot Loops Ice Pops where 3 pops was a serving size. This is a new one to me though. 10 Freezer Bars, the entire container, is a serving size. Who is making these up?
Each of these freezer bars is pretty tiny though, coming in at only 1 ounce each. Most other freezer bars, like Otter Pops, are between 1.5 - 2.0 ounces each. 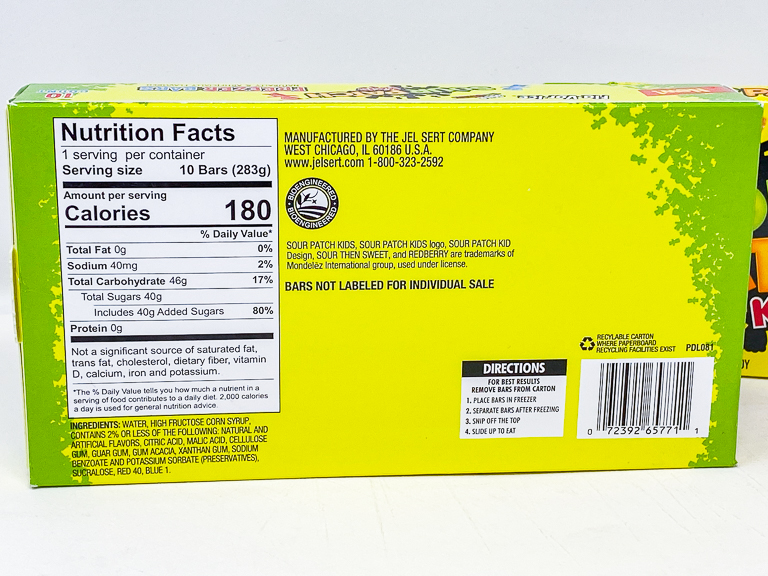 Let's give them a taste! 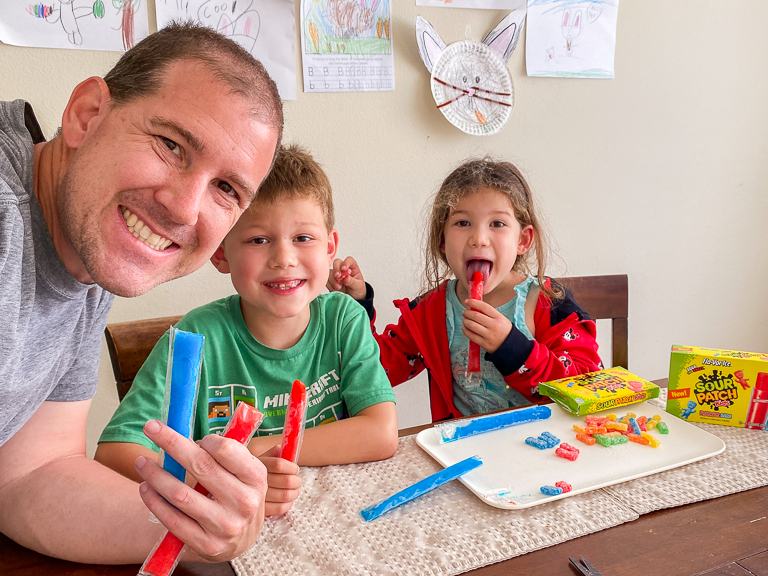 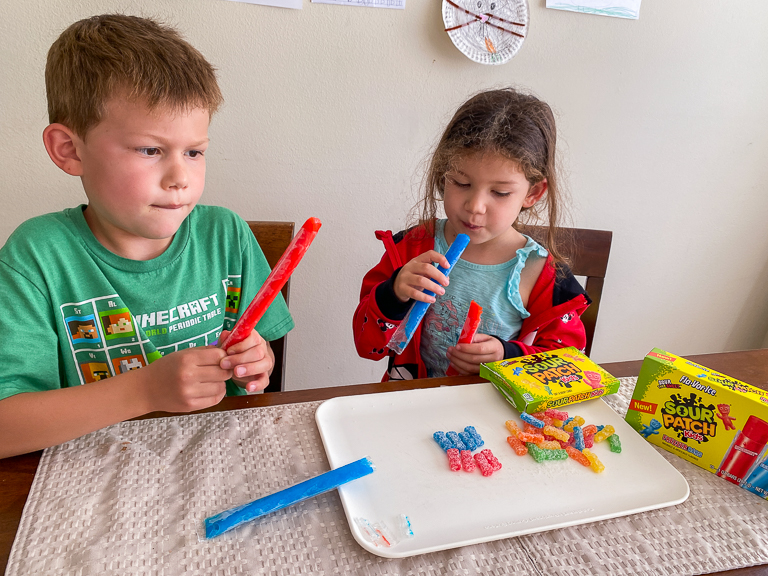 The collaboration between the Sour Patch Kids and Fla-Vor-Ice was a success! They were great at matching the flavors! We're a fan! Keep on coming up with new stuff! We'll keep an eye out! 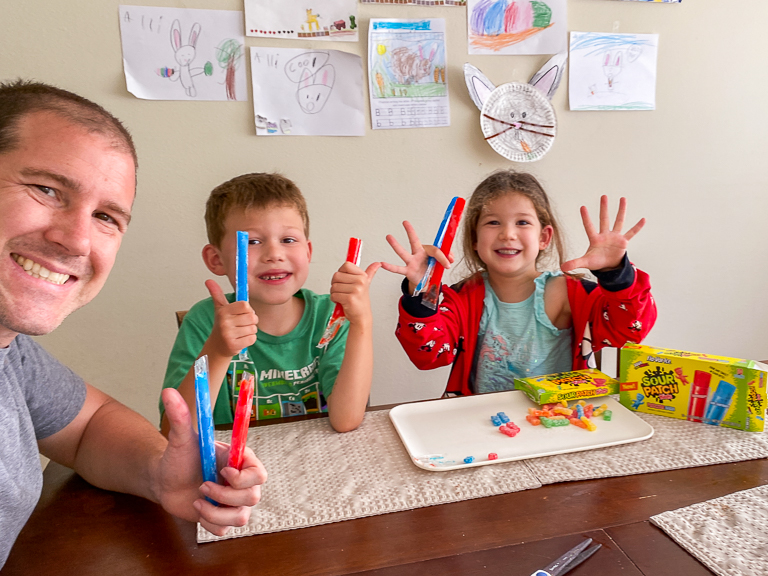