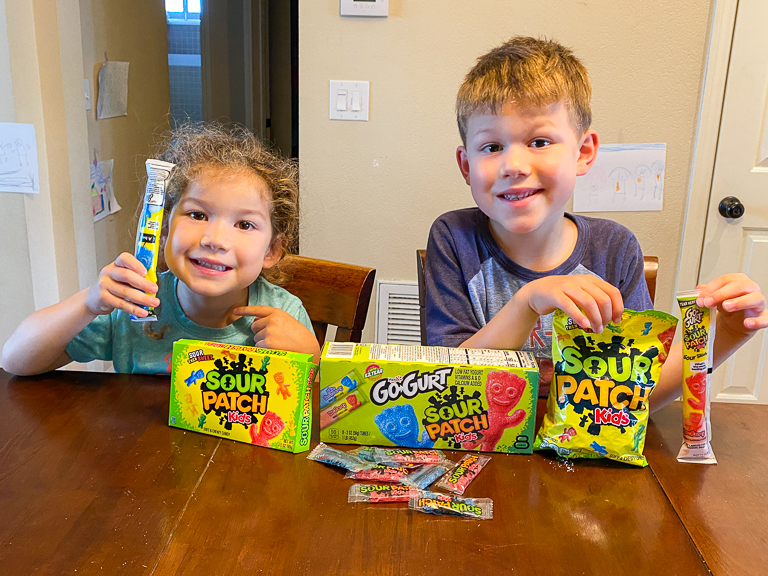 The yogurt box comes with two flavors. Blue Raspberry and Redberry. The yogurt also has jokes and riddles on each package. Like Q: What has 4 legs and only 1 foot? A: A bed. 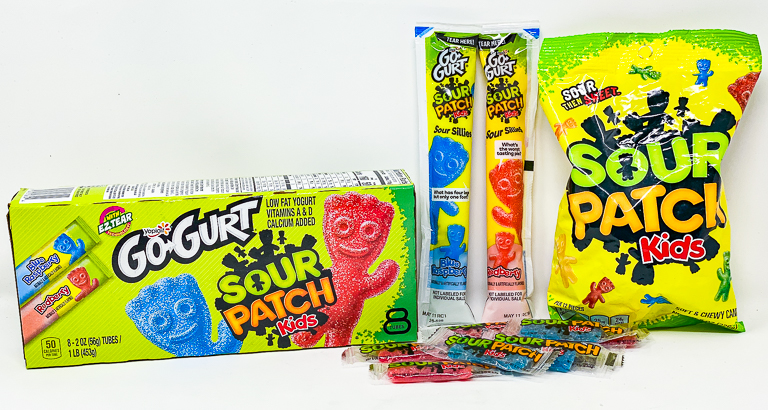 First up is the yogurt. I asked which one we should start with and Alli excitedly said she wanted the pink one. Redberry it is! Yum, I don't know exactly what flavor Redberry is supposed to be, but it's tart and delicious! The yogurt did not disappoint. Oh, and knowing they were tasting red and blue yogurts, they both put on red and blue shirts to go along with it. 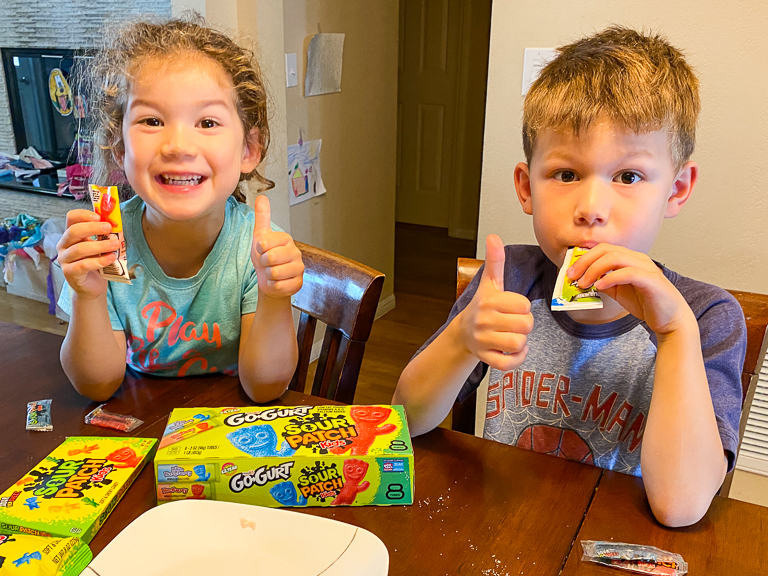 And the candy is pretty good too. 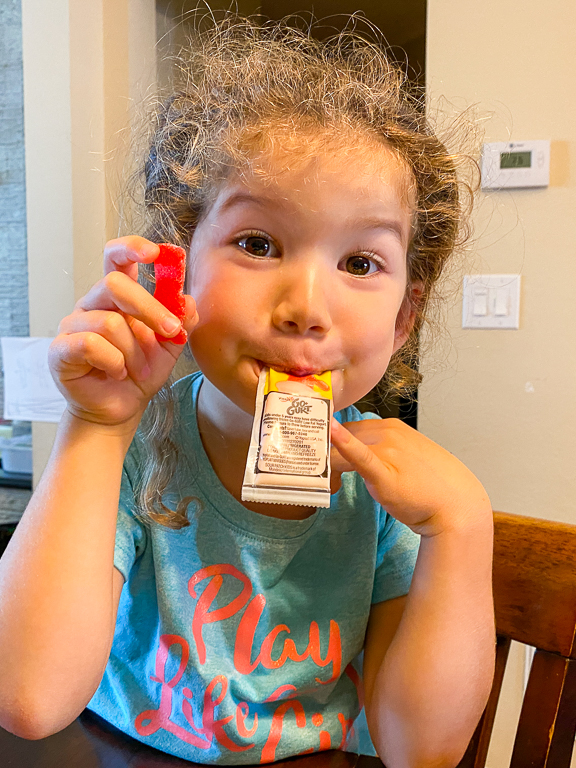 Next was the Blue Raspberry. It was also tasty, but Redberry is the standout star. 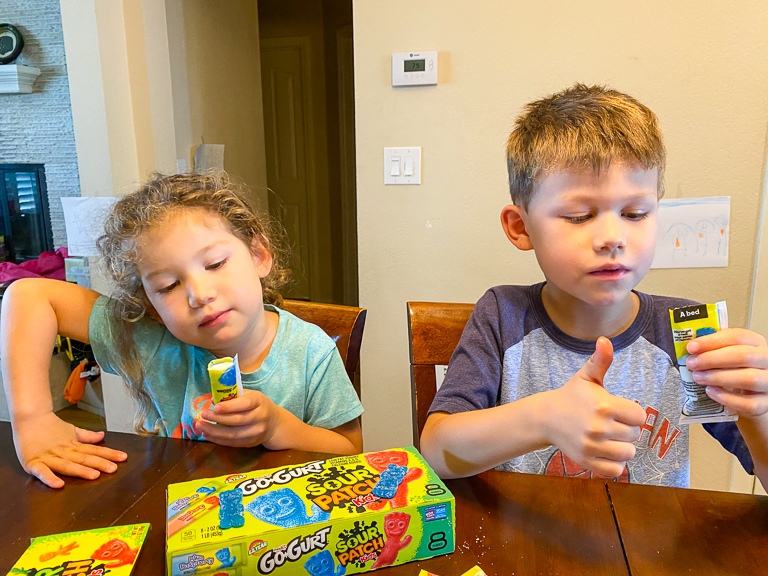 While we're digging into these treats, I ran across those Sour Patch Kids Marshmallows we tried earlier. Ian was a little hesitant to try them again because last time after trying so many sour things, his mouth was a little irritated from all the tartaric and citric acid.
Alli dug right in. After a little bit, Ian asked "Just one won't hurt, will it?"
No, just 1 would be fine. 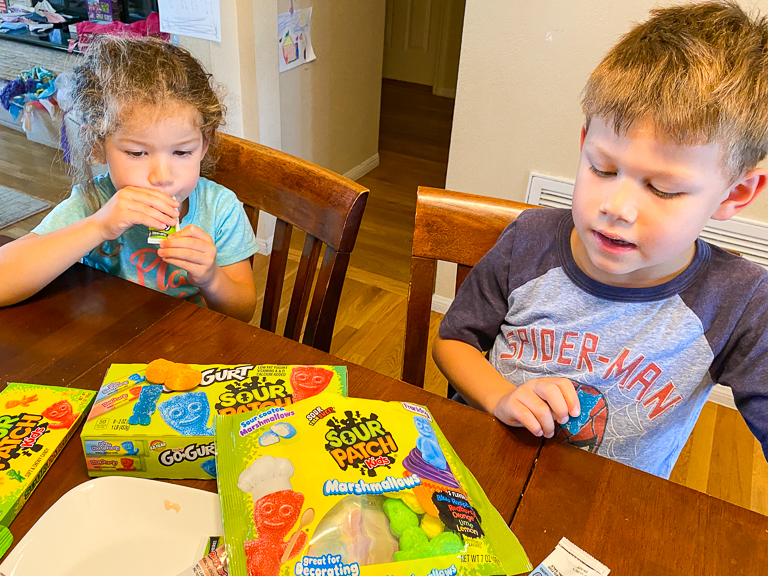 It was fun to discover something new. I'll need to keep an eye on the Sour Patch Kids website to see what else might be out there to try.
Posted by Joe at 4:30 PM