Time for the next Peeps taste test. In a surprise to me, Ian was the one who suggested we try the Peeps flavored with Hot Tamales. The kids wanted to get dressed in their most fiery outfits. Look at all that red. Normally we'd take this picture at the table, but then we wouldn't get to see their entire wardrobes. 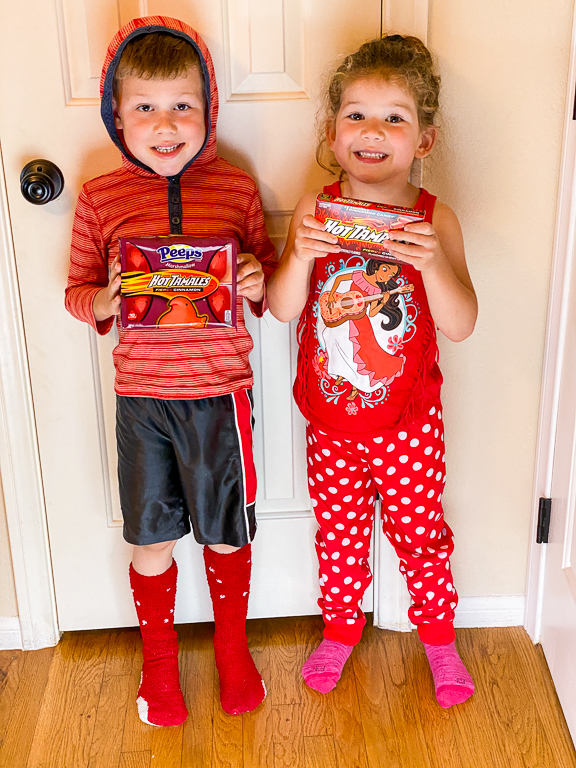 These Peeps are easy to find a match with. Hot Tamales are a very tasty candy, but they can be pretty spicy sometimes. Fun fact, the Just Born company that makes Peeps, also makes Hot Tamales. 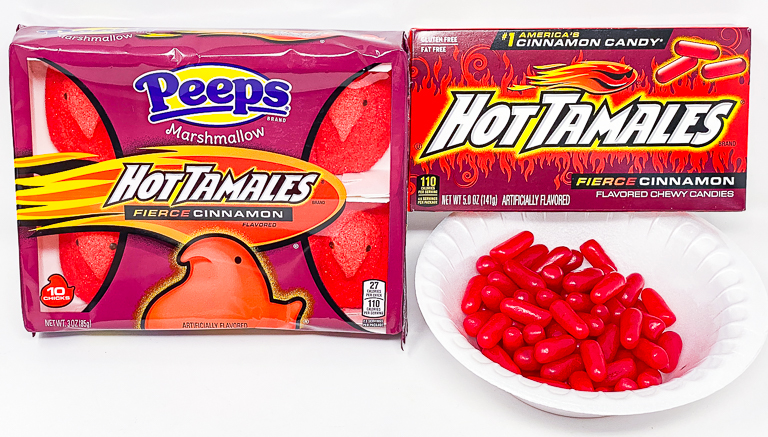 Alli wanted me to know that these tassels on her shirt are supposed to represent fire! 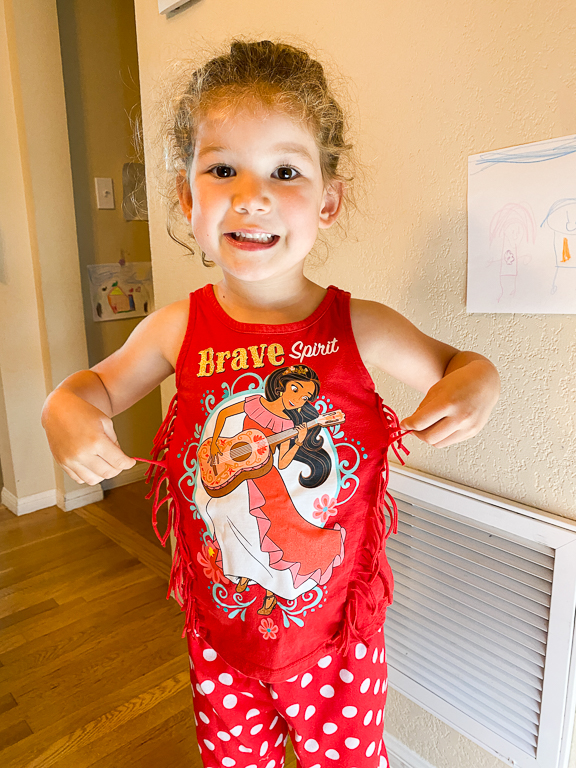 Here's a look at the Peeps themselves. A fiery red, just like the candies.

Any bets on what color in inside? Why does the family forget? They all picked white again.
I chose pink and was correct again! Theresa is wondering if they're going to make any other colors than pink and white. They've gone pretty heavy on the pink in the ones we've tried lately. 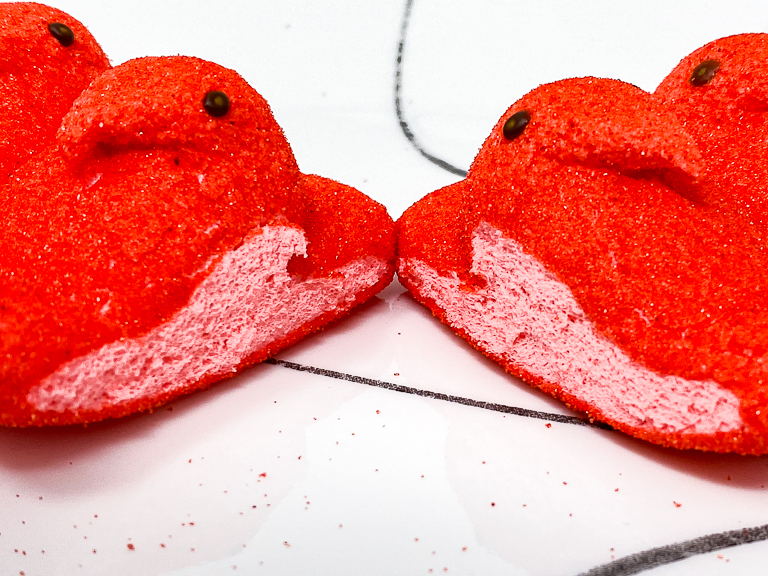 The back of the box. Get Fired Up! with the cinnamon flavor of Hot Tamales and Peeps marshmallow! Two classic candies come together in one sweet and spicy treat! 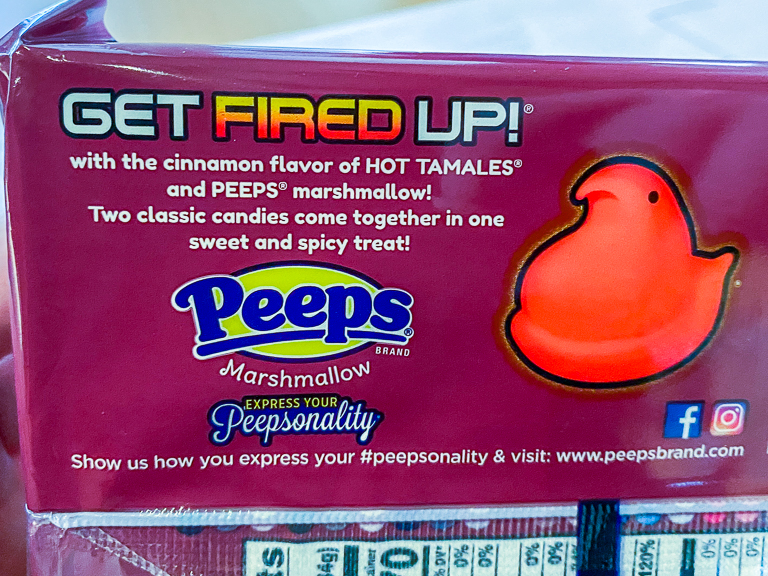 Starting with the Peeps? Yes indeed. 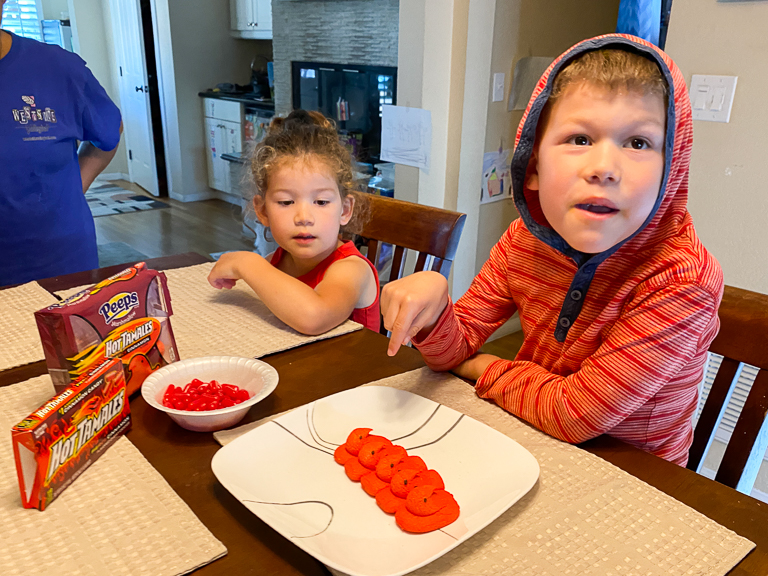 Perhaps a bit of hesitation? Ian wasn't so sure. 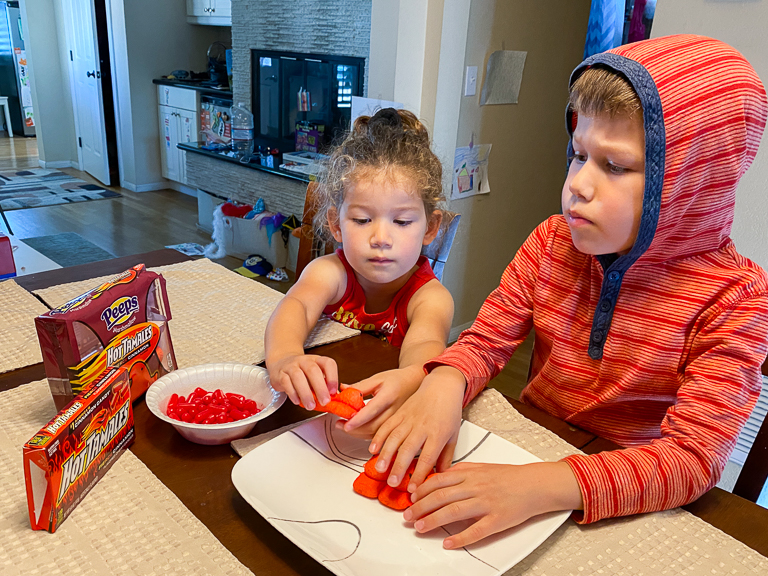 Alright, let's eat those Peeps. The kids dug in, hesitated, and then both gave a thumbs up. And they don't just like them, they love them! Of all the flavors we've tried so far, Alli thinks it's tied with their favorite, Fruit Punch. Ian puts it one step below Fruit Punch Peeps.
My thoughts. What's it going to take to get a stronger flavor on these? There is a bare hint of cinnamon flavoring on here. It's certainly not Fierce Cinnamon. Theresa had a piece of the candy first, then took a bite of the Peeps. She couldn't tell if there was any flavor on the marshmallow at all. 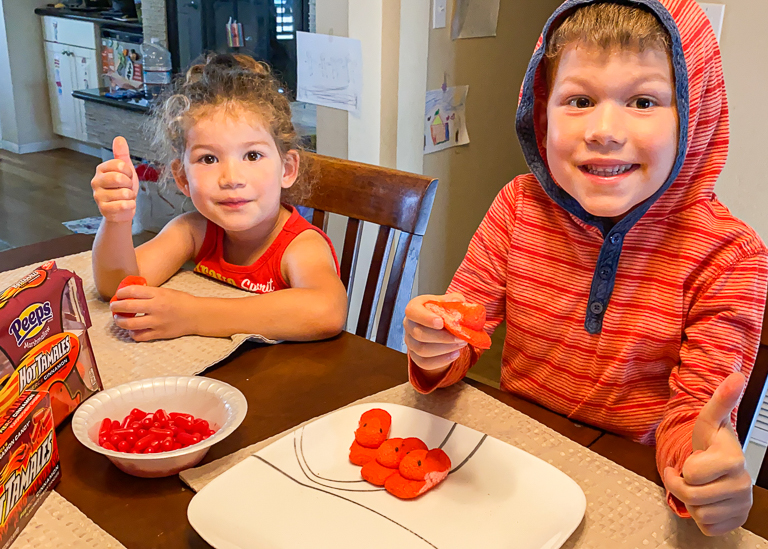 Time for the candies! Ian, how are they?
Aww. 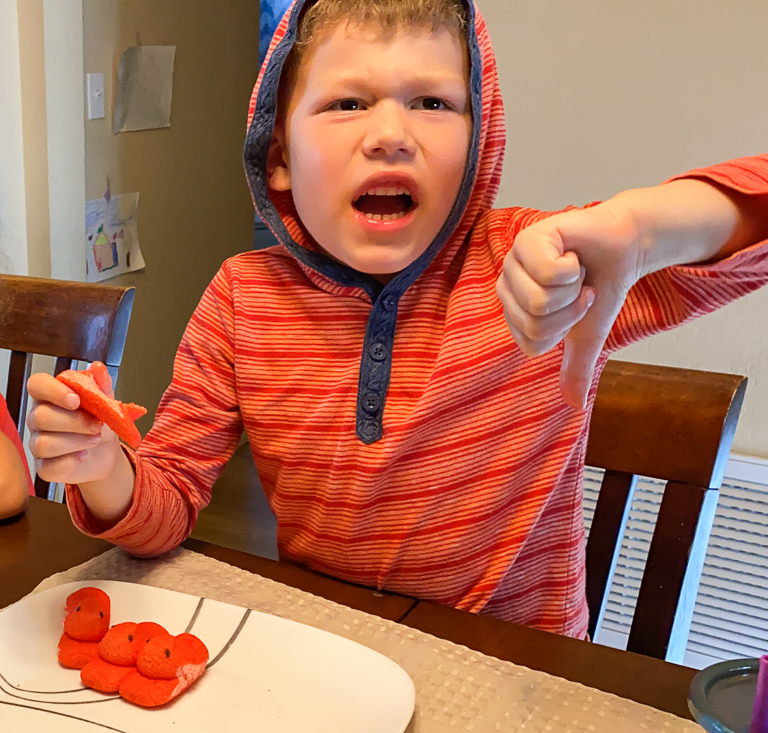 Knowing this sort of thing might occur, I was ready with video. It cracks me up how much Alli is cracking up. Ian really doesn't like spicy.
Alli had no hesitation. She did want milk pretty quickly, but after that initial blast of cinnamon, she was fine. She even went in for another piece of candy (this time with a cup of milk in her hand).
Ian was bold a second time, saying he'd just try a quarter of a piece. Nope. Similar results. Immediately spitting it out.
Ian told me that of all the regular foods we're tasting these with, these Hot Tamales candies are the worst.

Verdict on the candies?
Ian hates them. Alli originally gave a sideways thumb, but changed that to a thumbs up shortly afterwards. 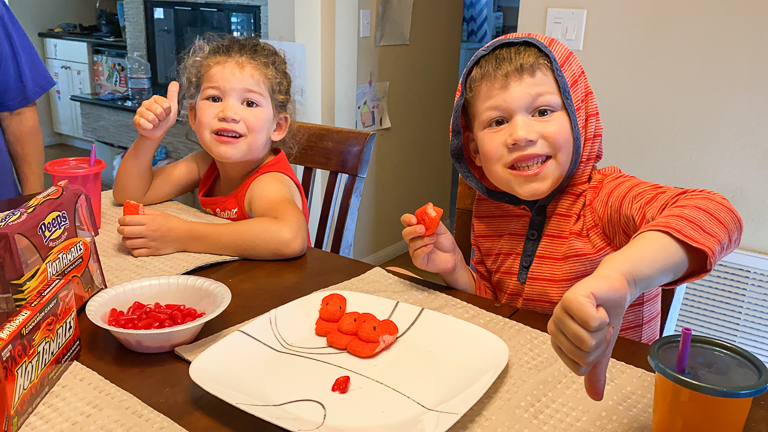 But Theresa likes them! The spicy cinnamon candies are one of her favorites. Still wish those Peeps would have brought the flavor! 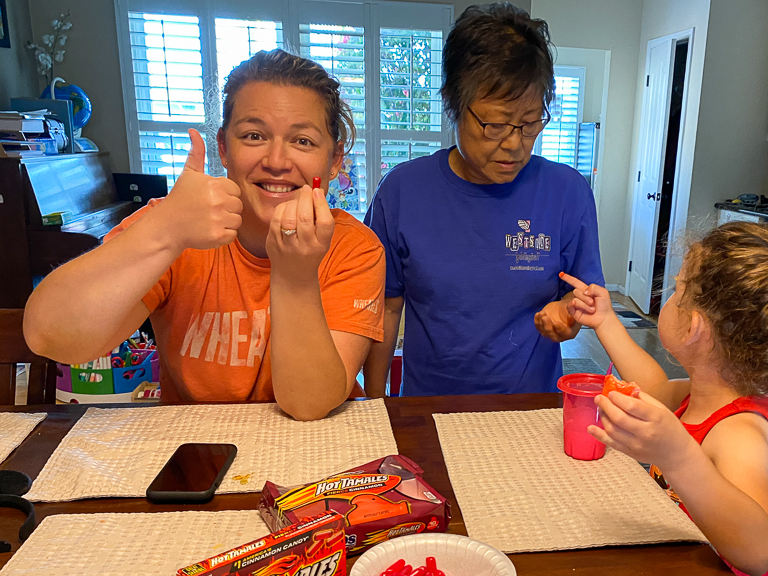