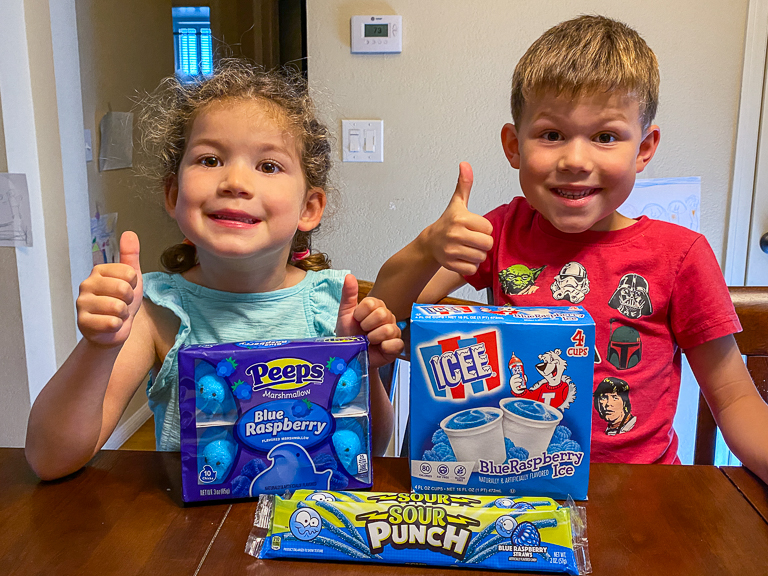 When I think of Blue Raspberry what immediately comes to mind are Blue Raspberry Icees. Staying at home it was going to be difficult to get out for Icees. Luckily I have planned ahead. Icee makes these frozen treats too.
I also think about Blue Raspberry Sour Punch Straws, which are also tasty. Let's try both! 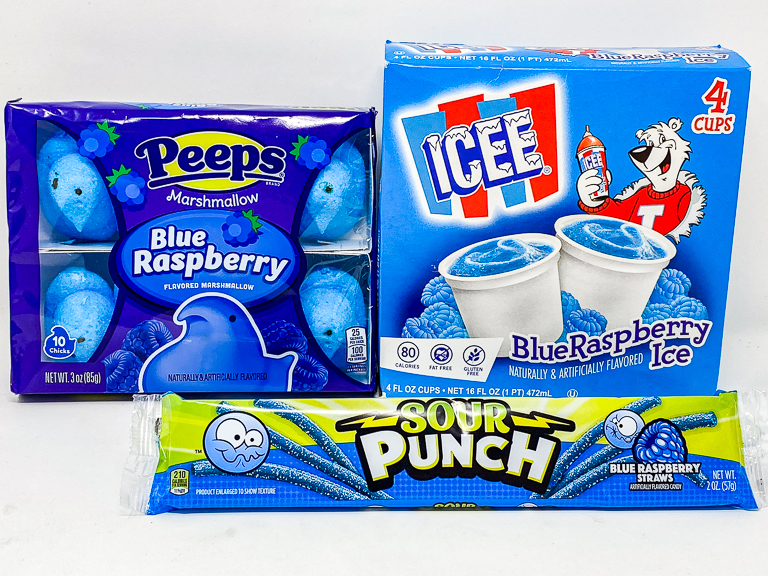 Here's the Peeps. I think I got Cyclops Peeps. They've got one eye on the top of their head.

Any bets for what color is inside? T and Ian guessed white, Alli guessed pink, I chose blue. I was right again! Alli wanted to show off her blue outfit, including her blue gloves.

The back of the package. "Enjoy a Sweet Burst of Deliciously Sweet & Tangy Blue Raspberry Flavor". Alli was questioning why the package was purple for a blue raspberry flavor. 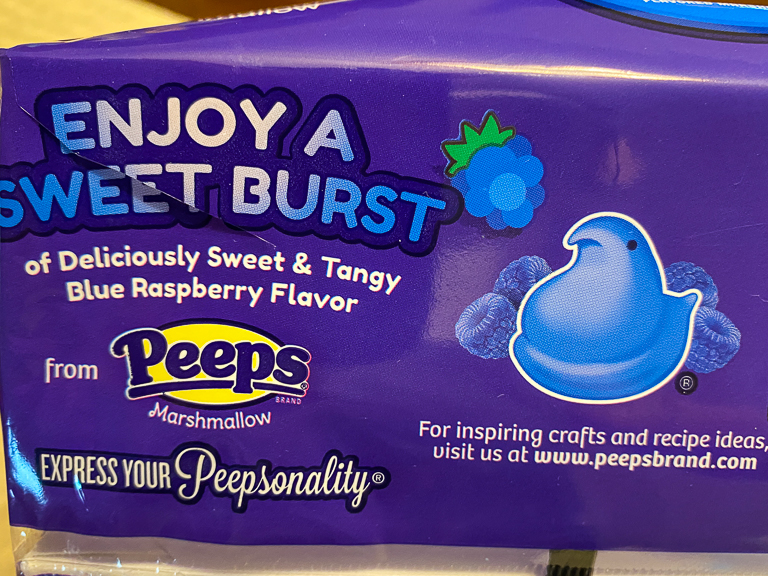 Alright, we've got some tasty things to eat. Let's dig in! 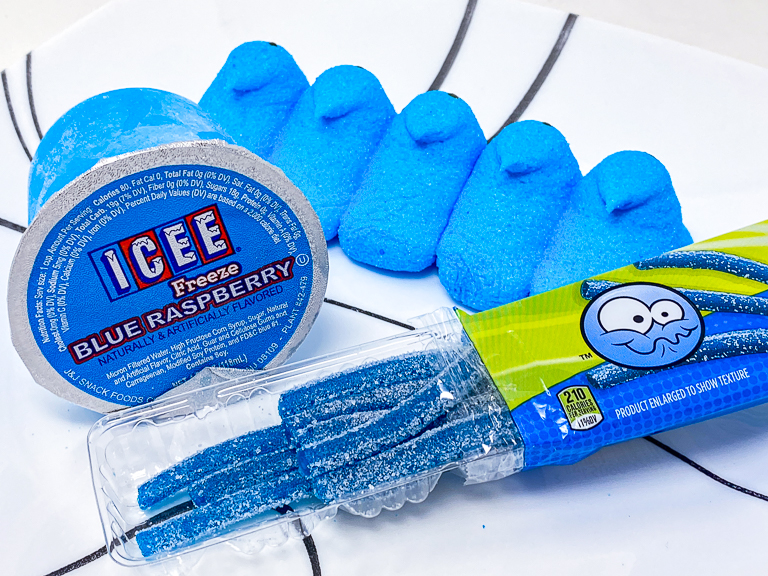 First we try the Peeps. The Peeps are indeed sweet and tangy. A great blue raspberry flavor on these. Ian moved these to the top of his list. His most favorite flavor we've tried.
Alli thinks everything is equally good. 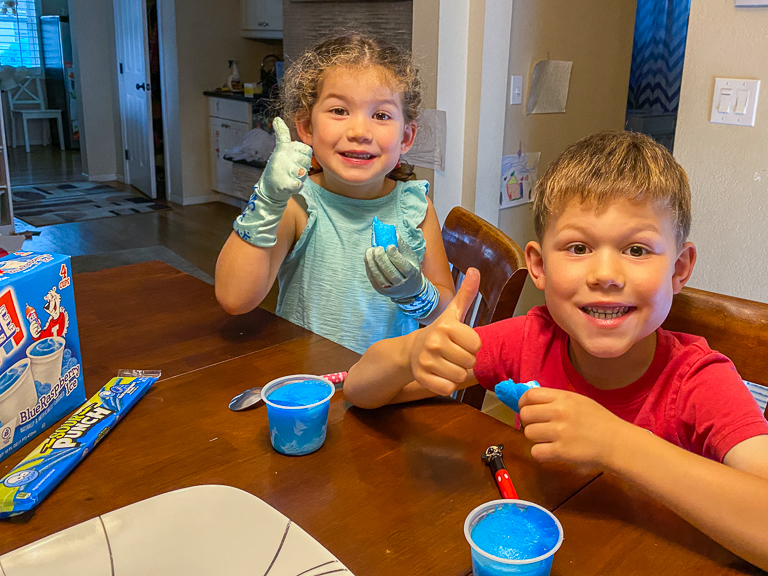 Tasting the Icees now. Alli wanted to let me know that she was just wearing the gloves for the pictures. 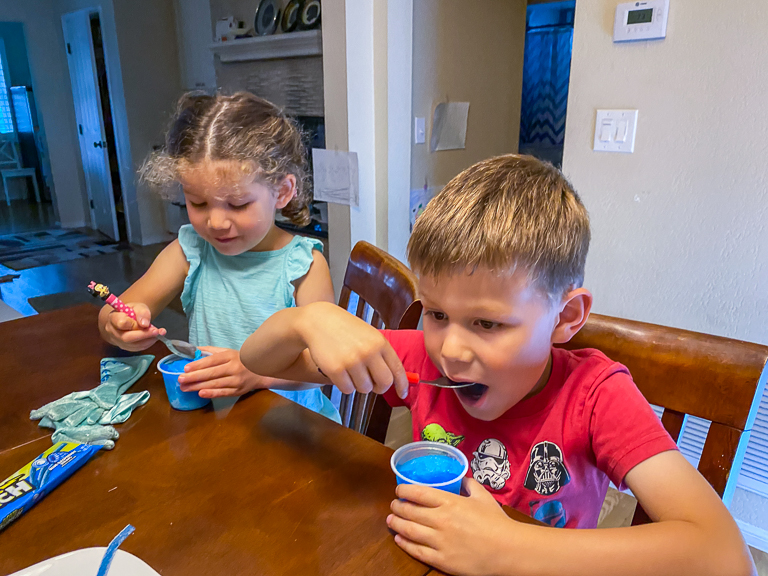 The Icees are yummy too. Ian said that it froze his mouth. 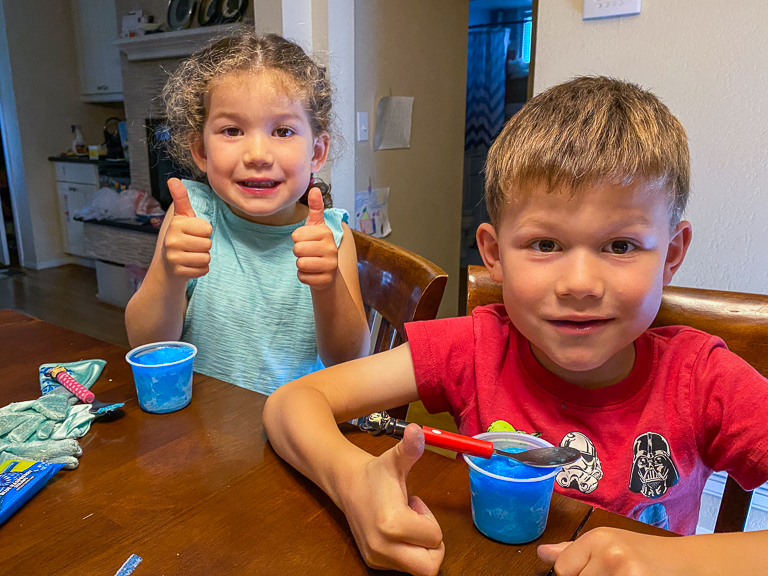 And the Sour Punch Straws were also pretty good. My favorite of the three though would have to be the Peeps. 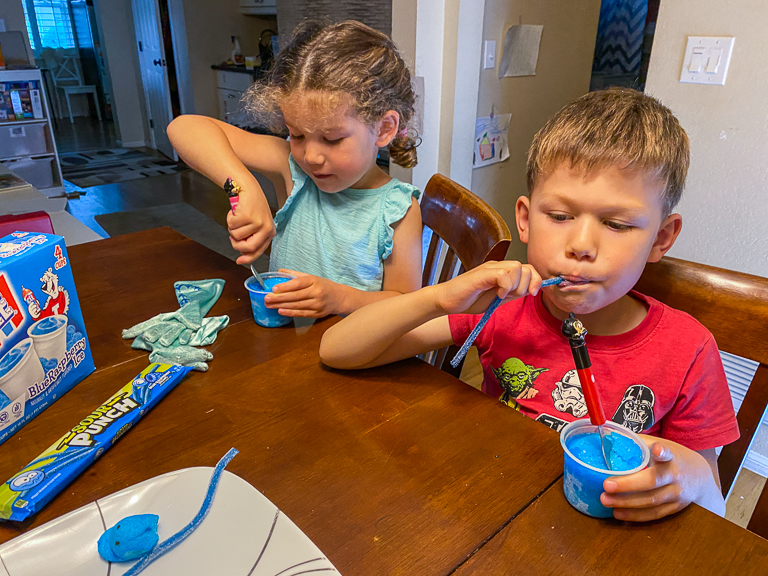 Ha. Nice tongues. Only one more flavor to go! 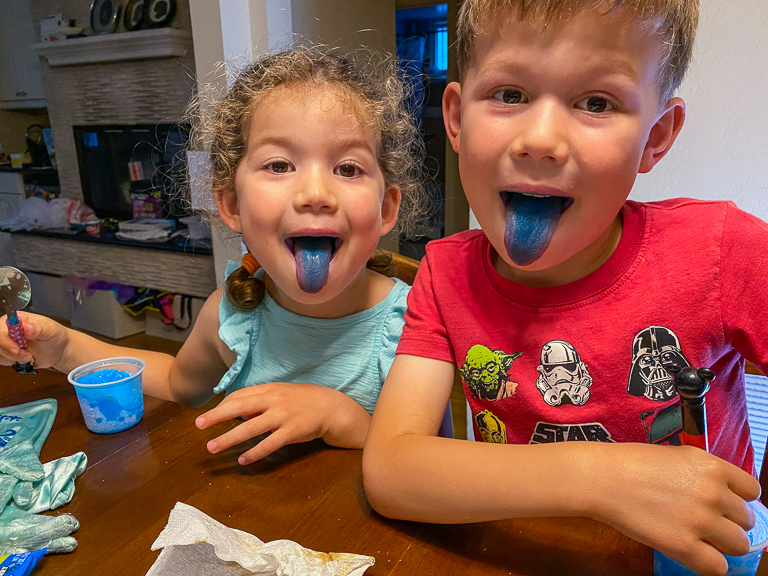