Happy Saturday! Time for another Saturday morning cereal. This time we're trying the Limited Edition Cinnamon Vanilla Lucky Charms. With a box that has snow and snowmen on it, the kids tossed on their warm winter coats and scarfs, despite being in sunny So Cal. 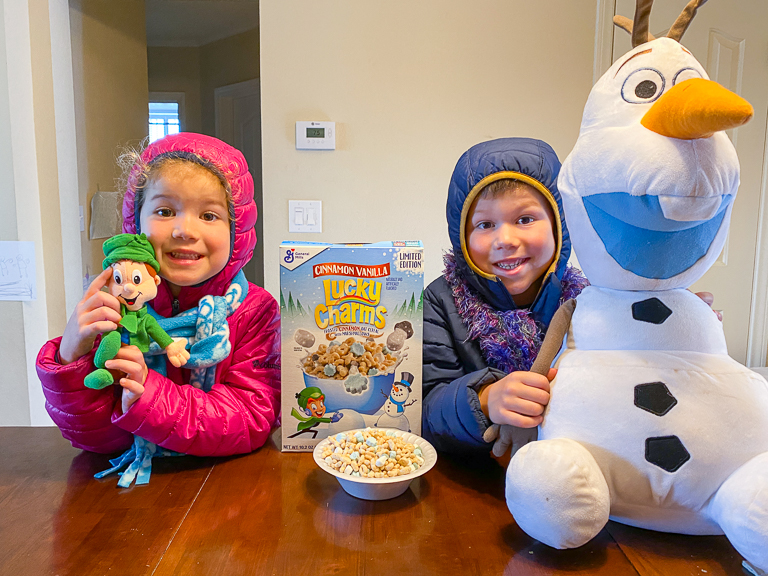 Hooray for something to fix the worst part of Lucky Charms, the oat cereal! 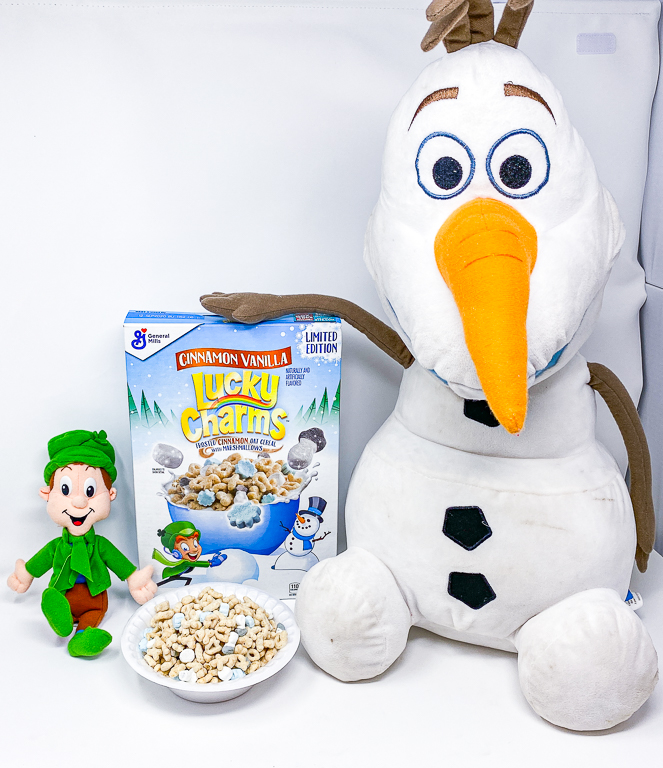 A look at the front of the box. 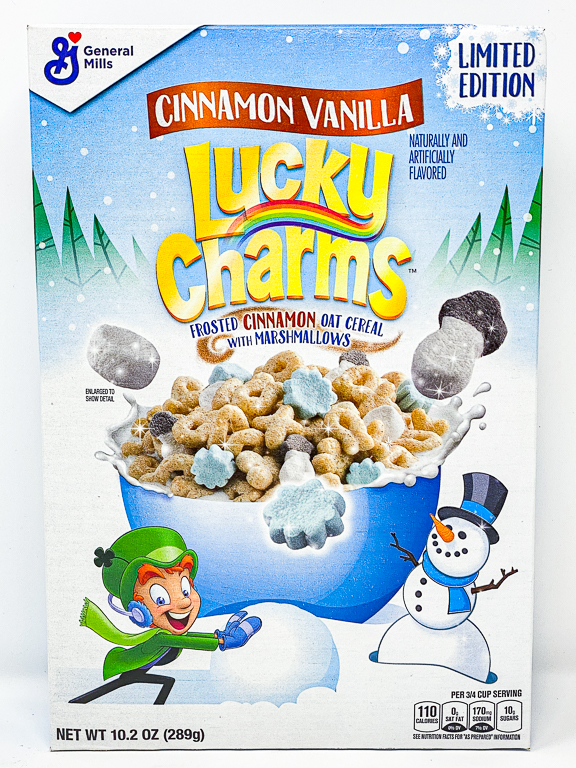 And the back. Ah, so Lucky has brought these snowmen to life, using his magic. I know another snowman that came to life by using magic. Olaf! 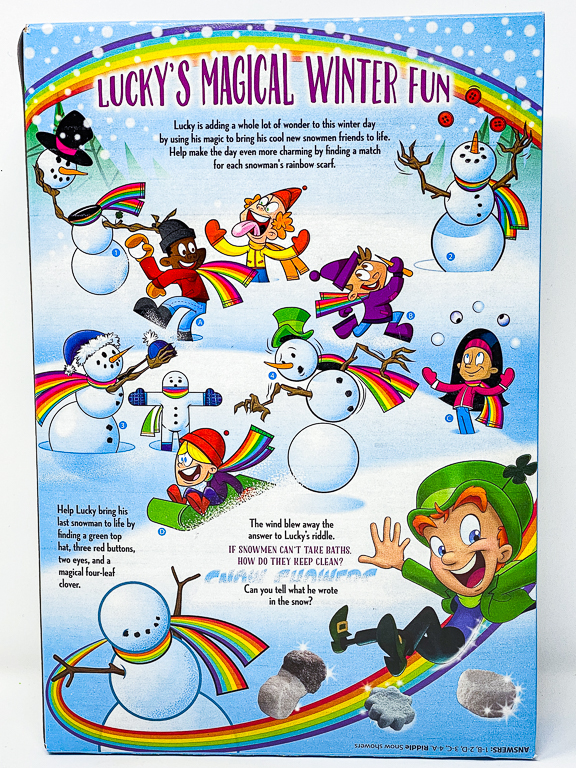 Inside are 3 different marshmallow shapes. There's a snowman, snowflake, and snowball. 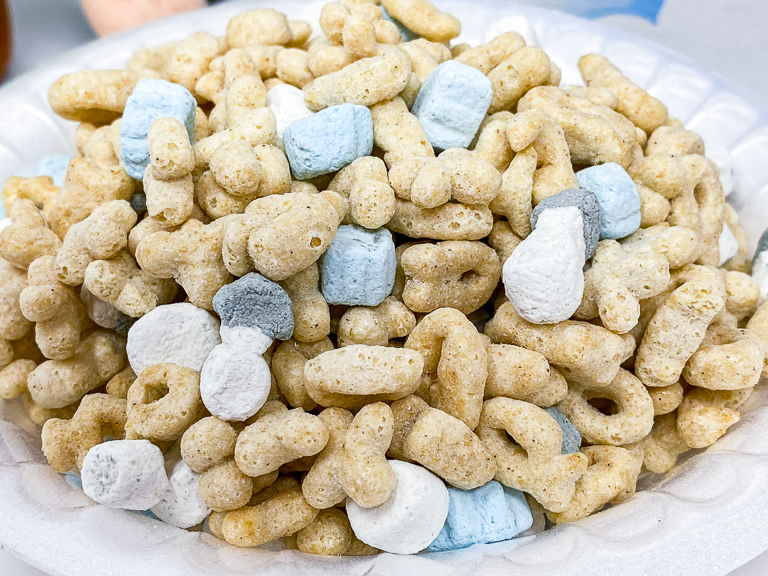 After changing out of those super warm clothes, the kids are ready to dig into the cereal. 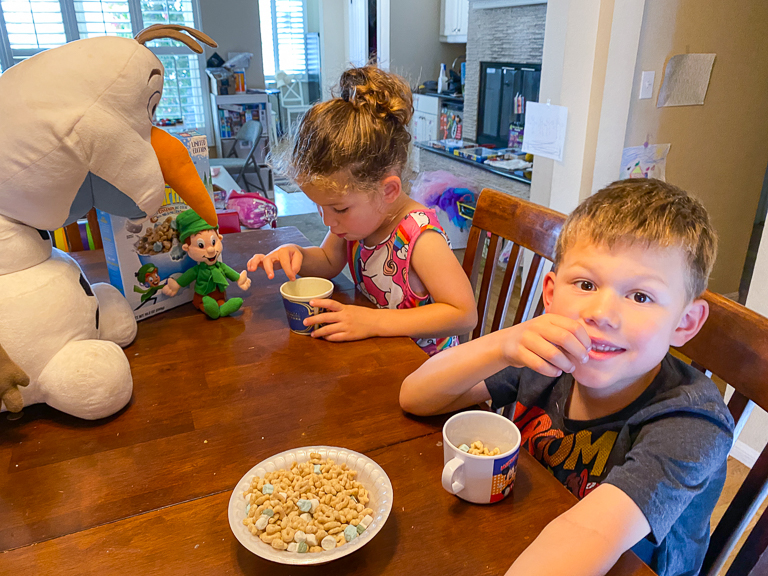 As I had hoped, the oat cereal is much better than before. There's a sweetness to it with a very familiar cinnamon and vanilla taste. Ian even went to far to say that he liked the oats better than the marshmallows. Alli is not nearly that ridiculous. Marshmallows are the best. Though she thinks the cereal is better with milk versus dry. I tried both, but I think it's a stronger cinnamon flavor when it's dry. And the vanilla flavor is pretty much gone when you add the milk. All in all not a bad cereal. 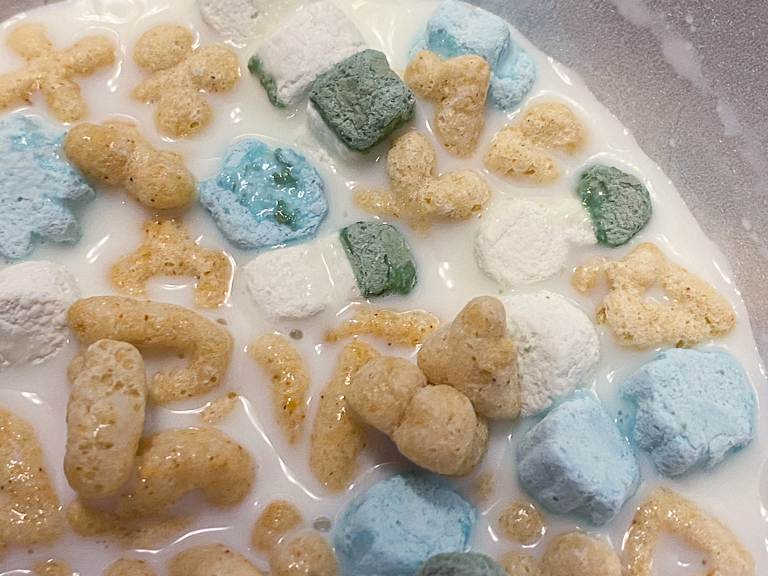