All of those 8 other Peeps taste tests has finally led to this. The original Peeps.
The Just Born company was started in 1923 by Sam Born. As the company grew, it acquired other candy companies. In 1953, Just Born bought the Rodda Candy company, who was responsible for making marshmallow Peeps. Originally made by hand though piping tubes, a year after buying the company they mechanized the whole thing, allowing them to make Peeps a lot faster! 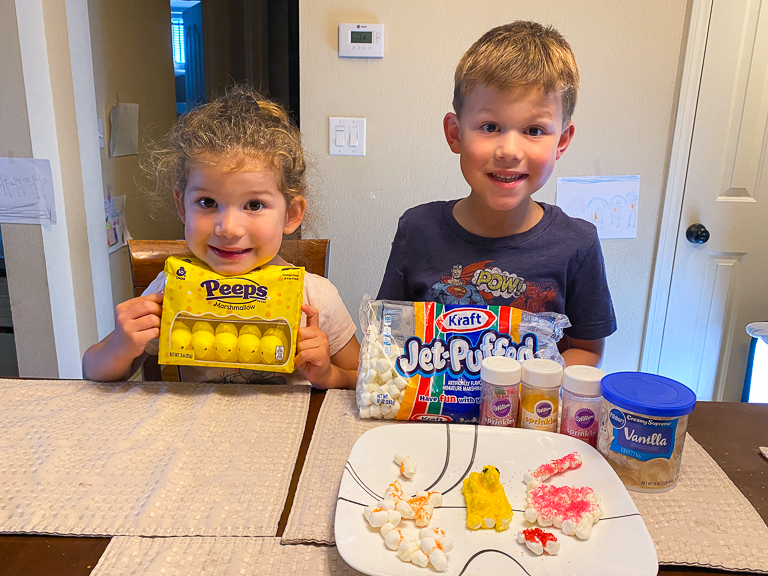 Here's what we're tasting today. We'll get into that in just a little bit.

The original Peeps were yellow, so we'll be tasting yellow Peeps today.

Alright, this one is a gimme. What color is inside? Classic white marshmallow. Everyone got that one right. 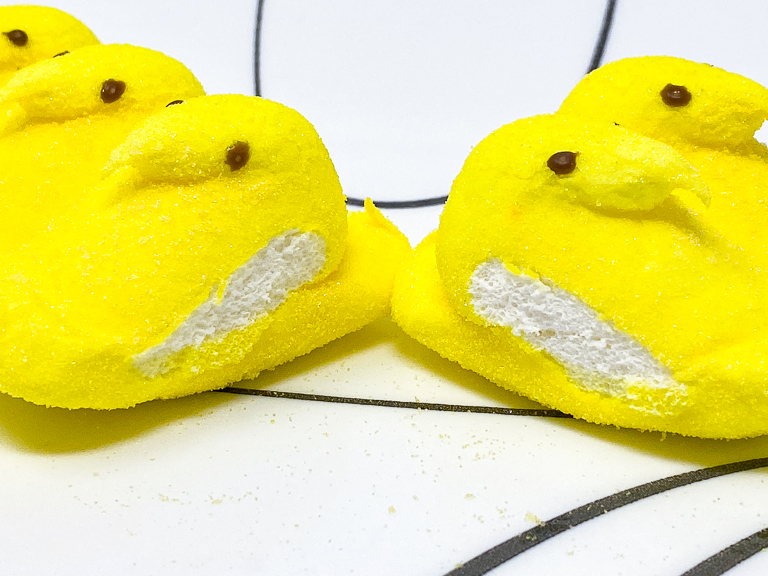 The back suggests that we should Express our Peepsonality. I think we should do just that. We do have to figure out something to taste along with these original Peeps. I've got an idea. 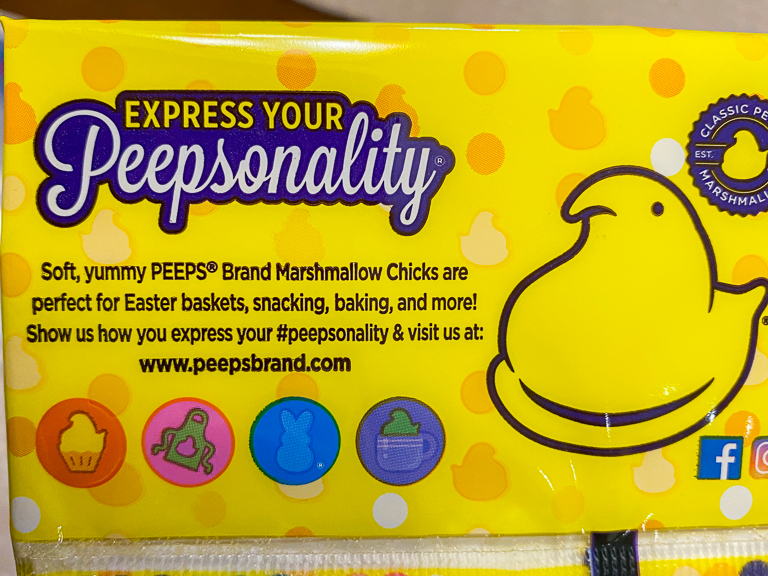 Let's make our own Peeps! We've got mini marshmallows. Let's see what we can do with them. 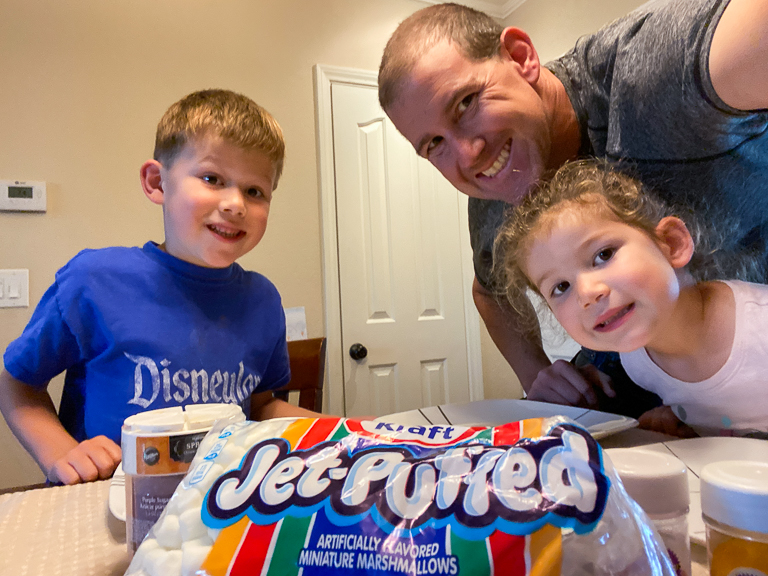 Now originally I had a bowl of water. I dipped a few marshmallows in the water, expecting them to stick together. No such luck. They barely stuck together and stacking was out of the question.
It's not ideal, but I know these will stick together with a little frosting.
So here's the idea. Everyone gets a plate of marshmallows and a dollop of frosting.
I started by building a base. 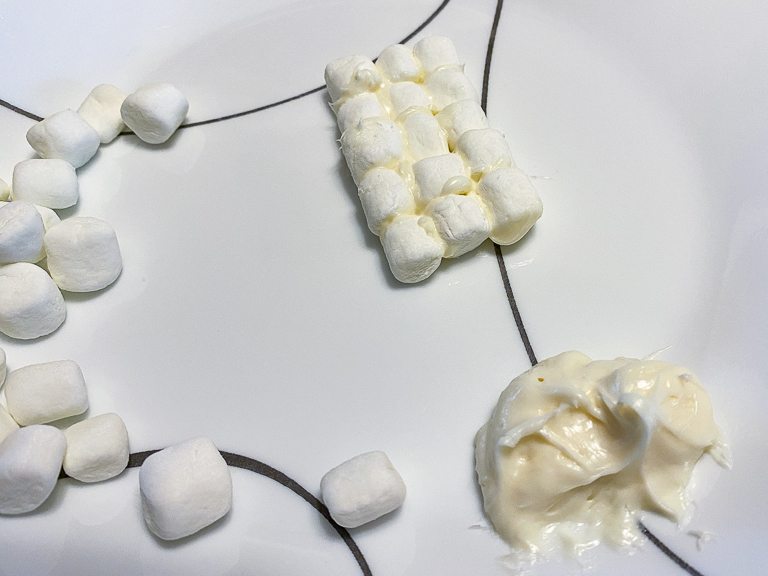 Sticking everything together with a little frosting on the edges. 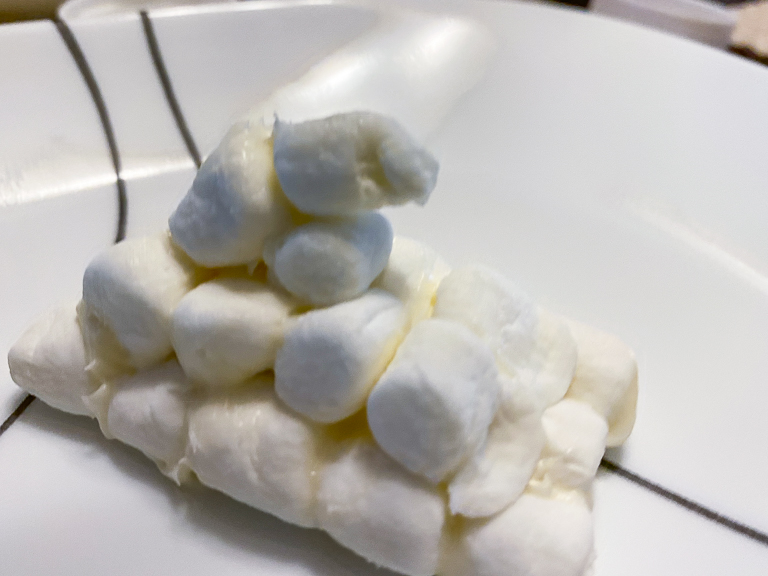 And then cover it with a thin layer of frosting. 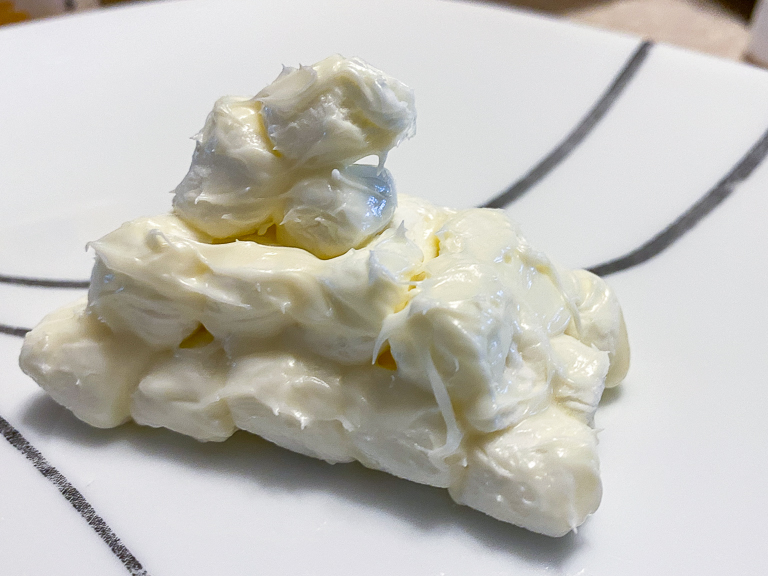 To top everything off, I added yellow sugar the top. 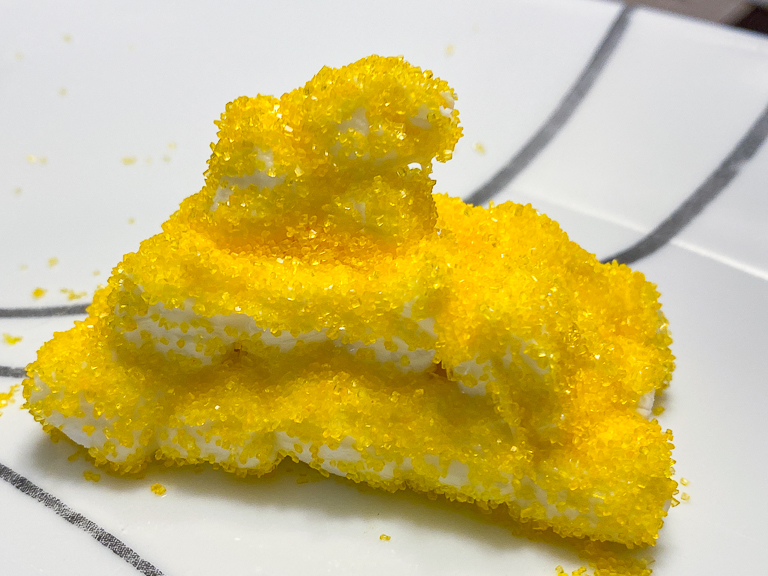 Ian has his own ideas about what he wants to make. 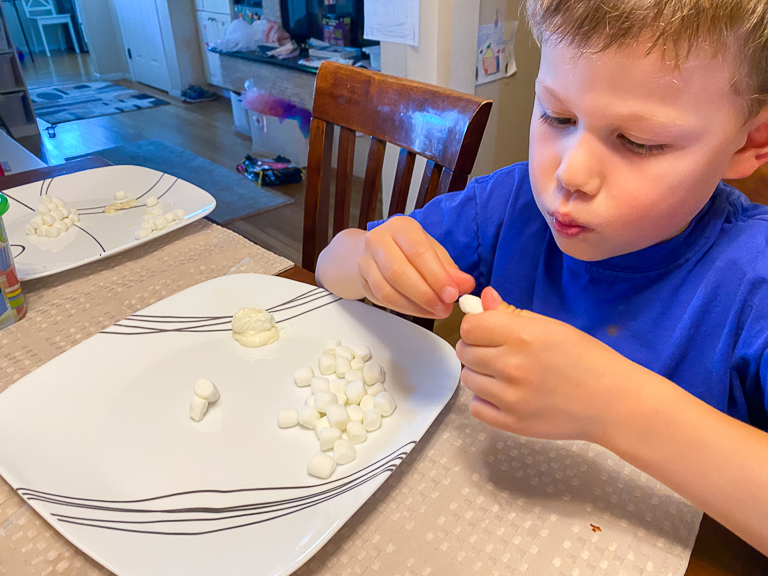 He's made a lot of mini Peeps out of just 3 marshmallows. 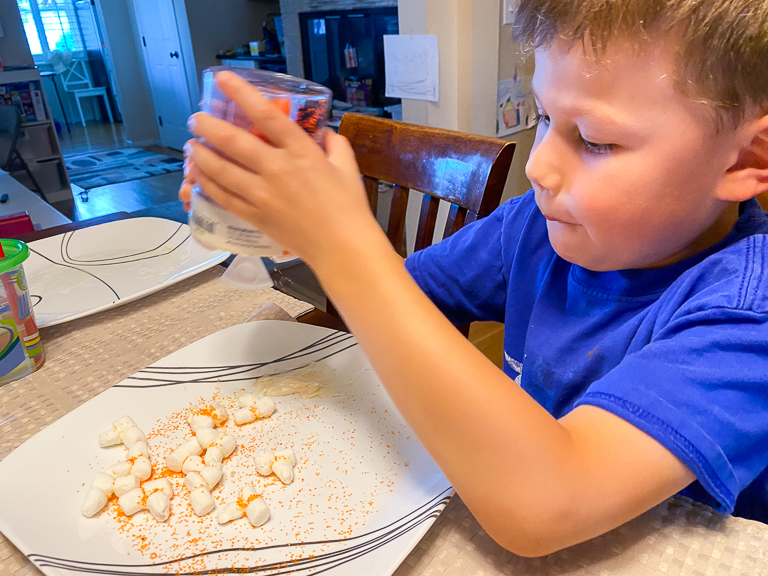 And then coated them in orange sugar. 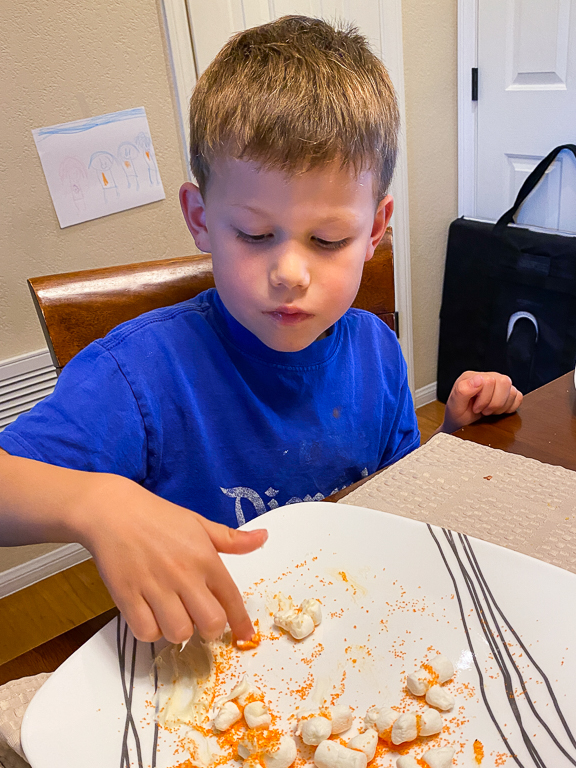 Alli on the other hand is making 2D Peeps. 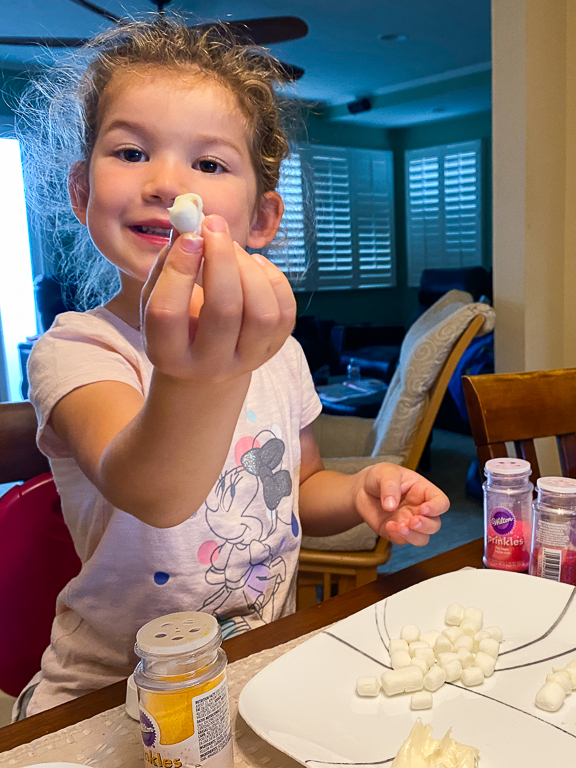 Is there any surprise which color she picked? Pink of course. 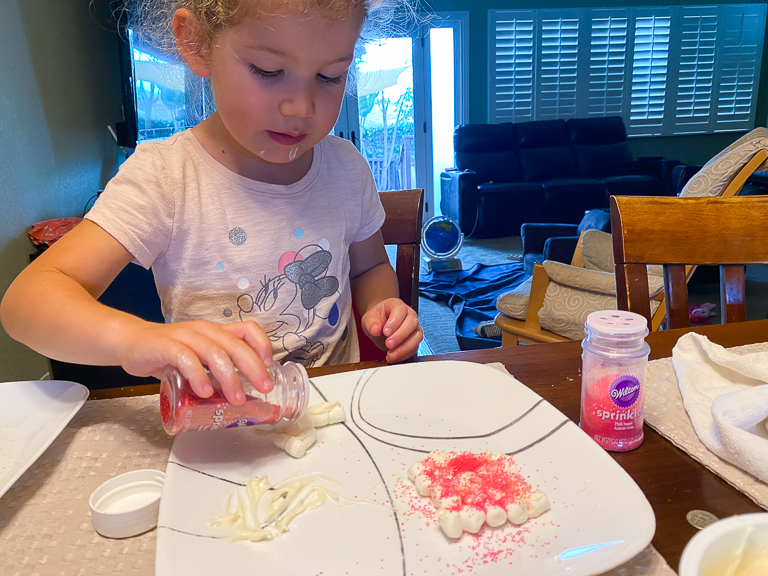 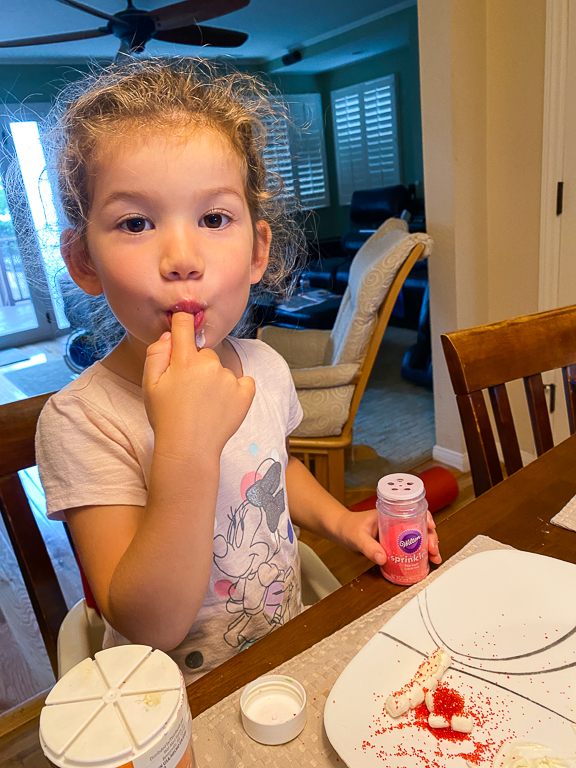 Here's the results of our work. 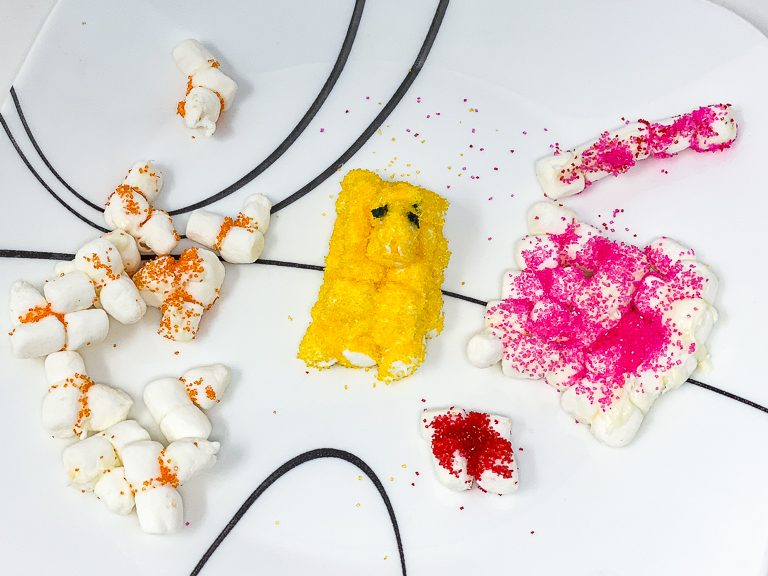 I used a little bit of black sugar to give my Peep "eyes". 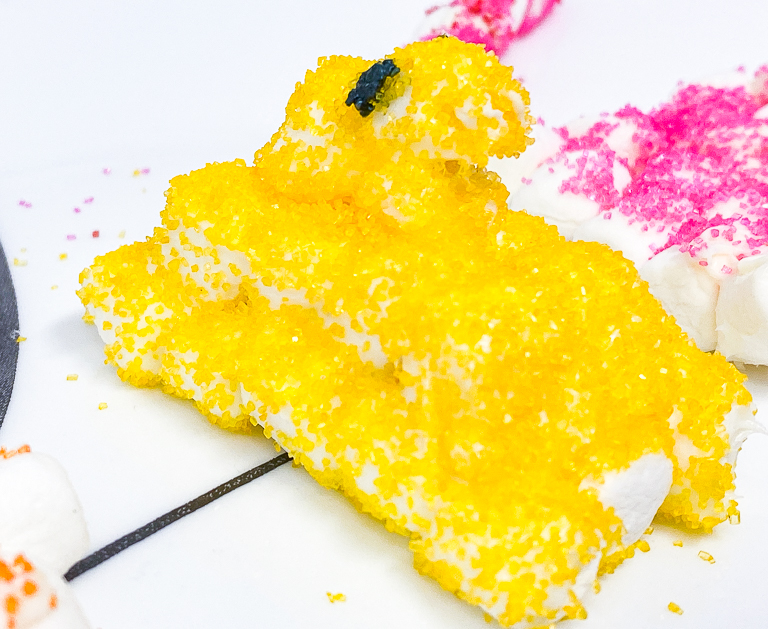 Alright, that was fun, now we get to eat them! 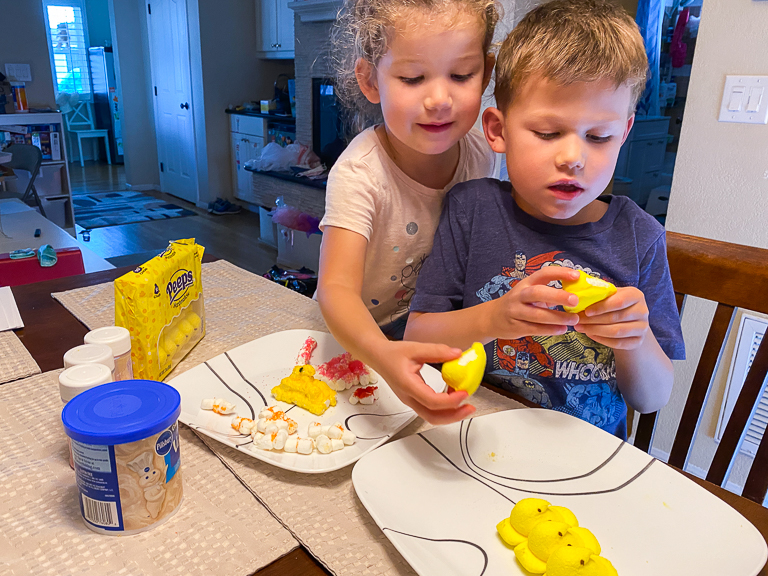 Starting with the Peeps of course. The kids thought they were fine, but they're not a favorite. All those different flavors have spoiled them. Of all the flavors they've tried, these are second from last. With the last of course being those Party Cake Peeps. 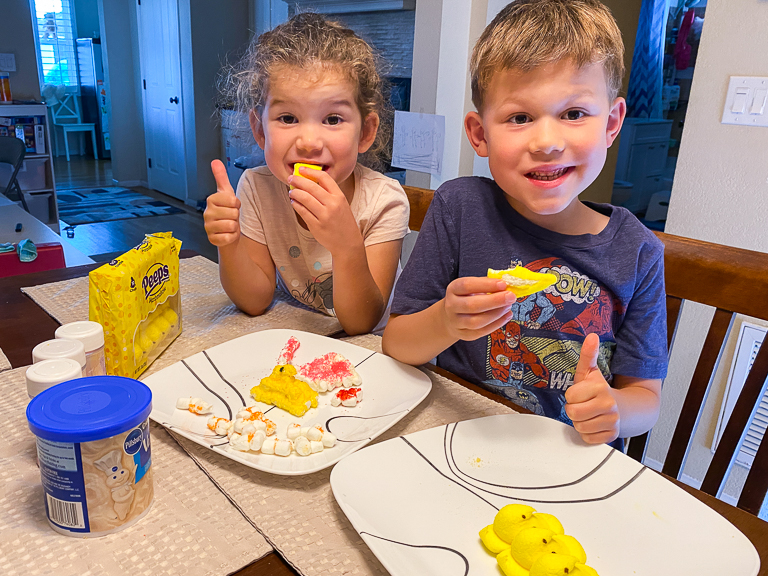 Now it's time to eat our creations. 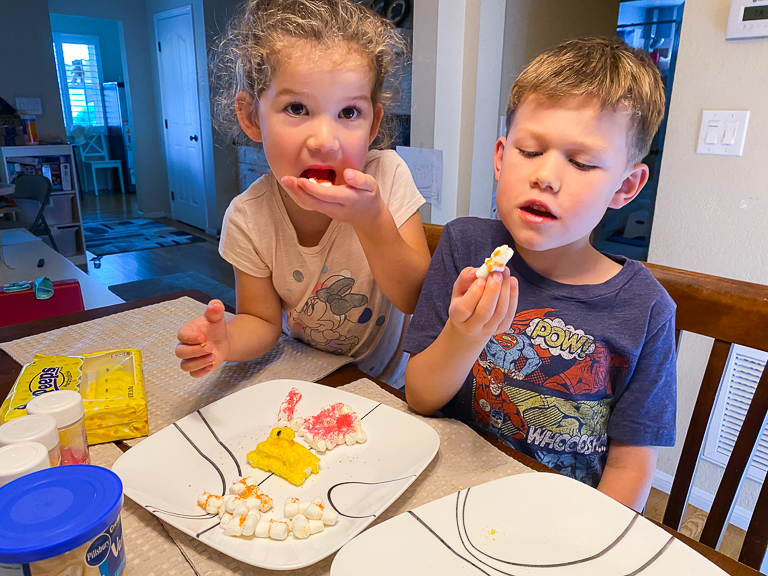 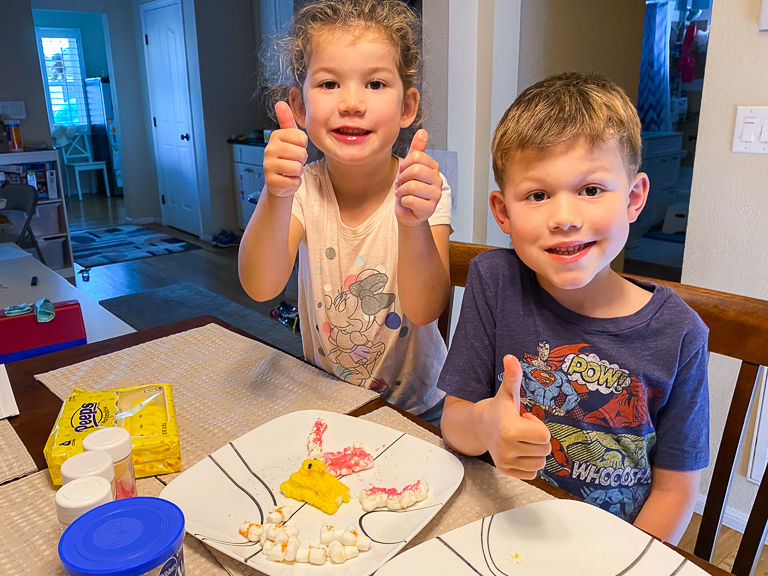 They each wanted a bite of my Peep. 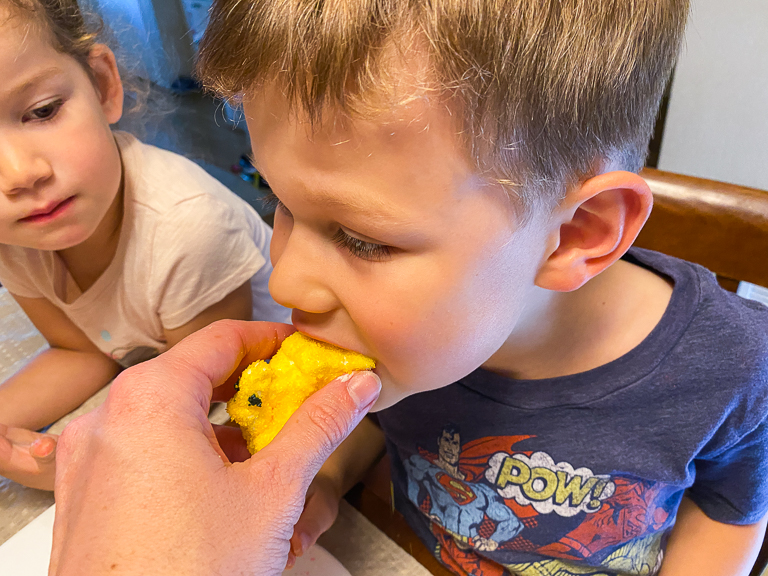 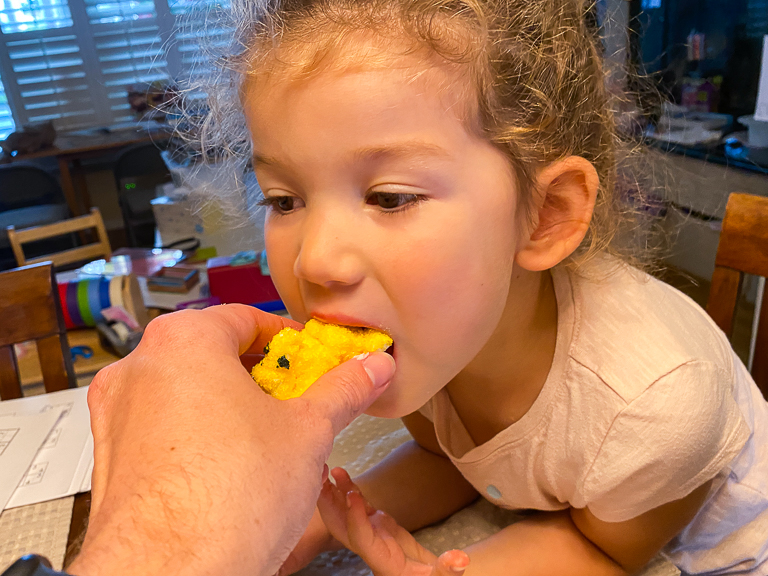 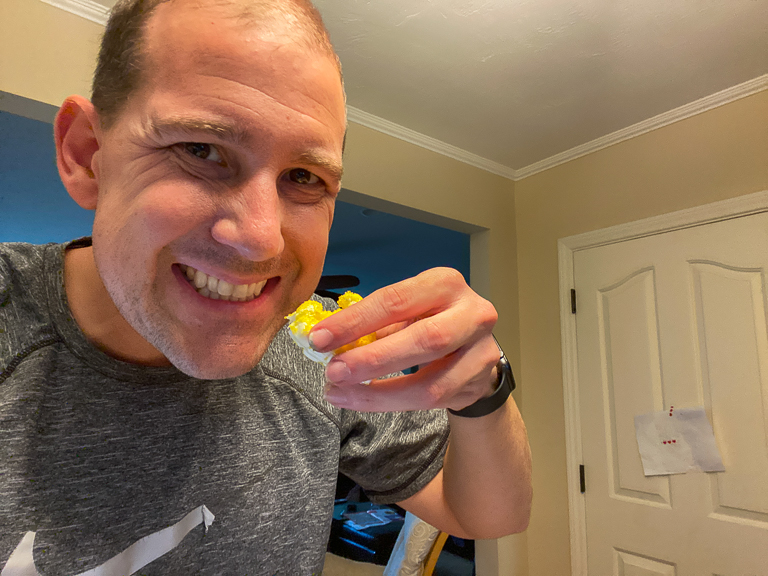 Even with a couple bites out of it, it fits right in. 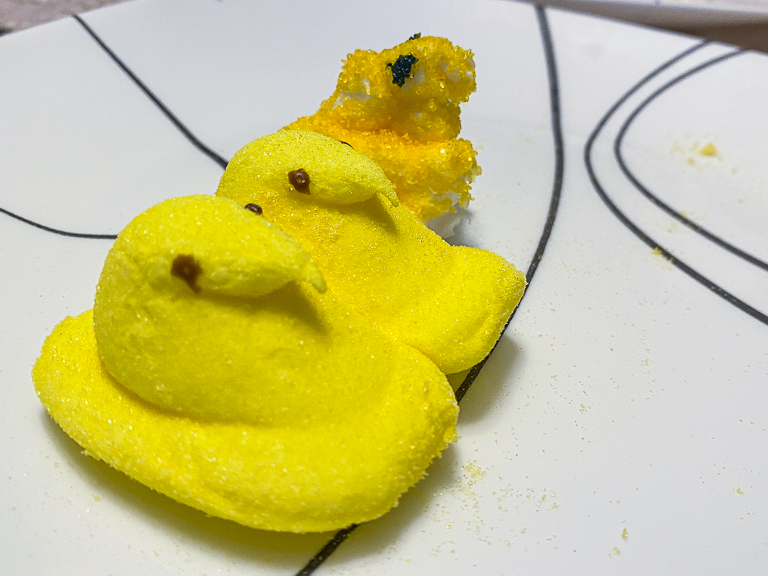 The kids had fun expressing their Peepsonalities. It's been fun trying all those different Peeps and then something to go along with it. 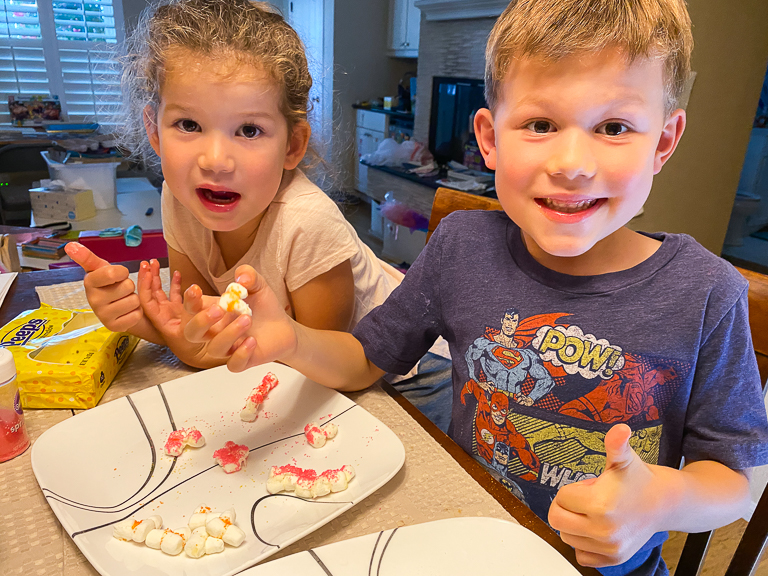 But now it's time for the ultimate Peeps showdown. All 9 flavors in a battle royal. Nine flavors enter. One will leave the ultimate victor.
Posted by Joe at 3:30 PM