It's time to try our next batch of Peeps. This time we're tasting Party Cake Peeps. Whenever I think of cake covered in sprinkles, I immediately thing of Funfetti cupcakes. 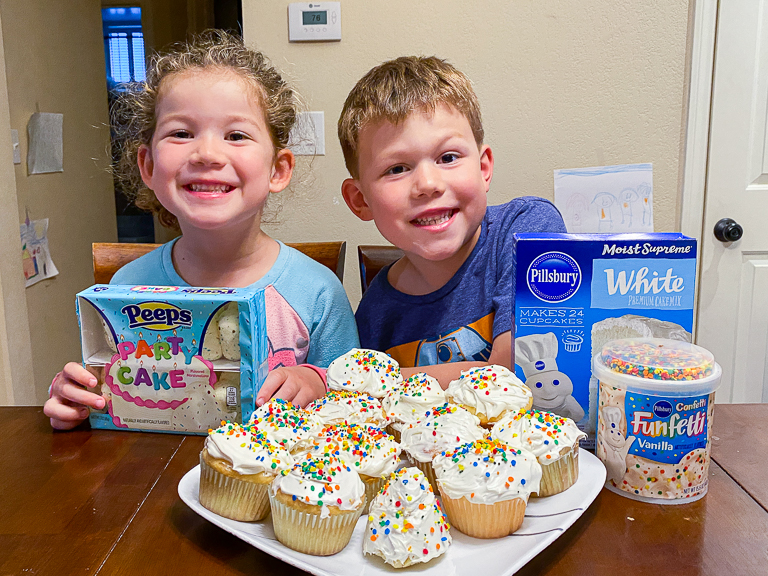 We're going to have fun making these cupcakes to taste with them. 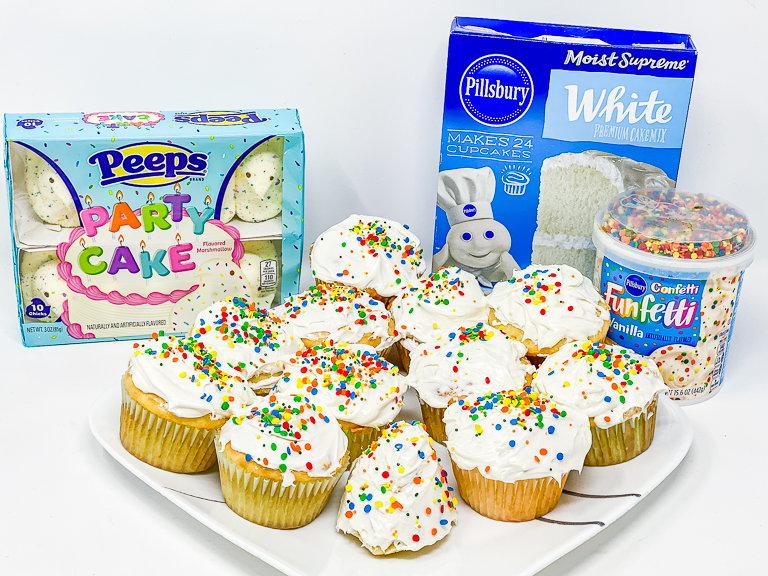 The first step is to read the directions on the back of the box. Glad we've got a good reader who can help us figure everything out. 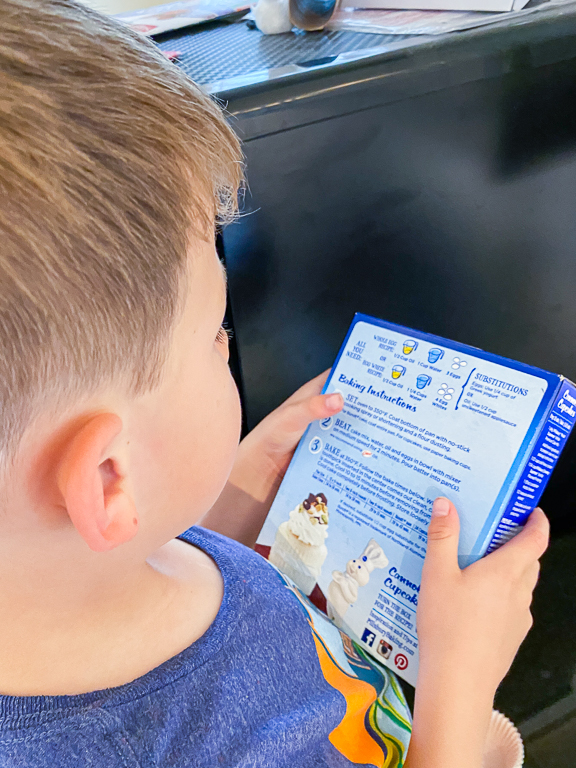 First up is three eggs. Thank you Ian. 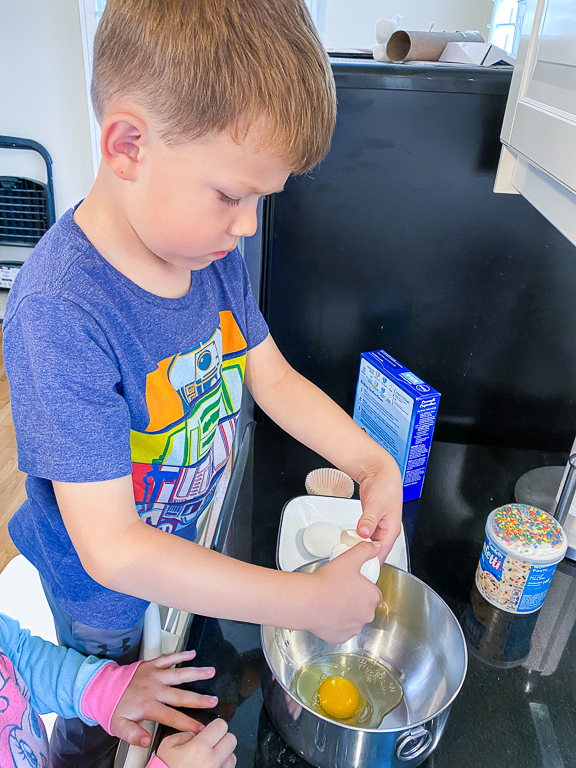 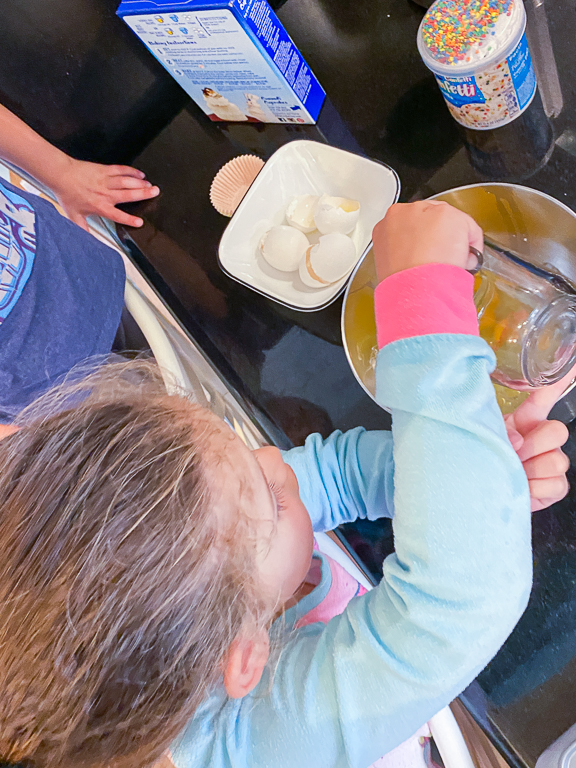 Last up is the mix. 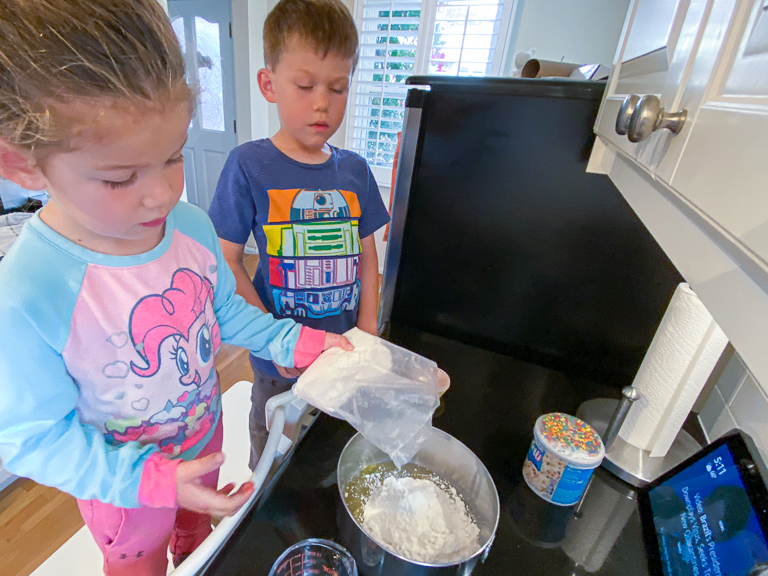 And then we mix it all together. 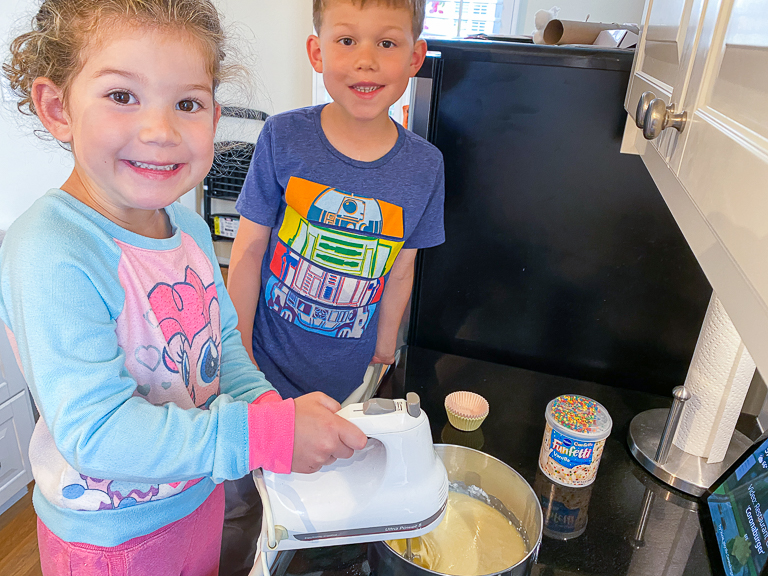 Trying not to make a mess, we use a scoop to fill up the cupcake liners, leaving about a centimeter space to the top. 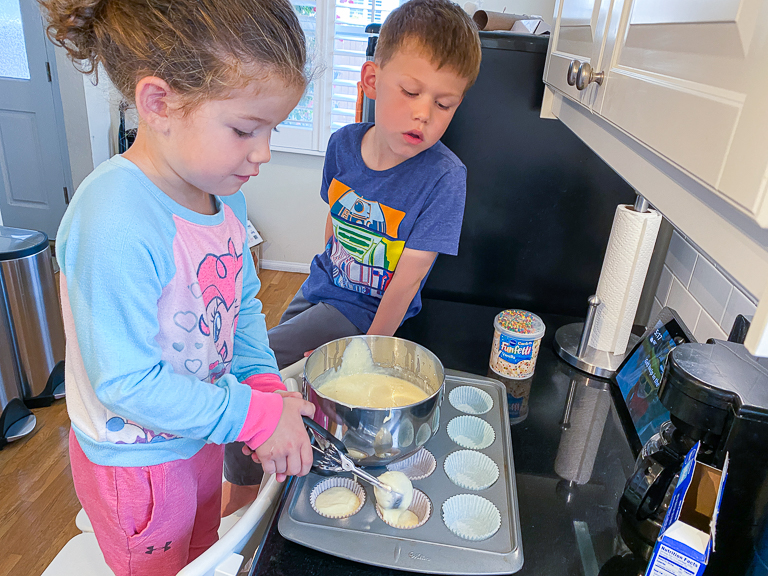 Nice job kids! You're getting to be pretty independent in the kitchen! 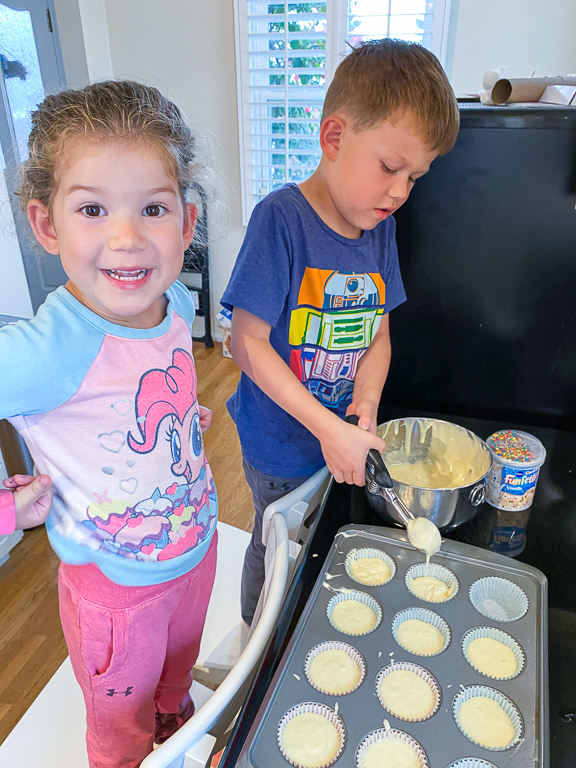 Nineteen minutes in the oven and these cakes are ready to come out. 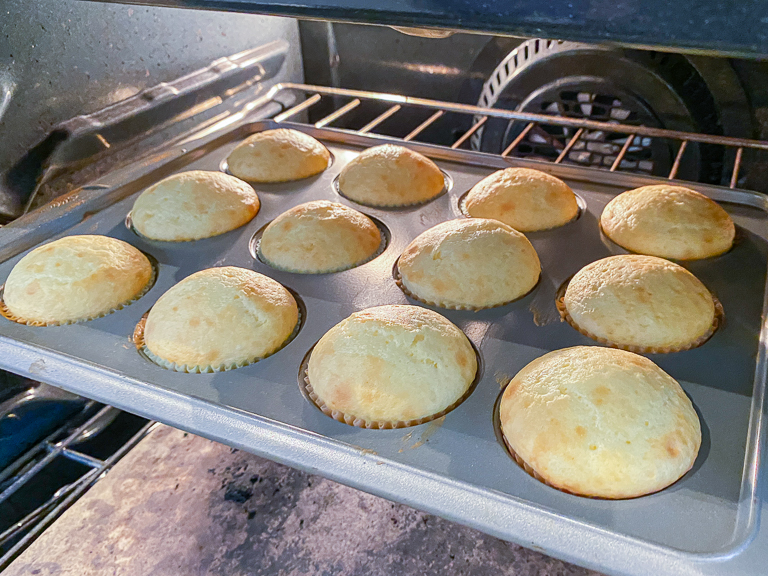 We made these before dinner, let the cool off while we ate, and then frosted them when we were done. 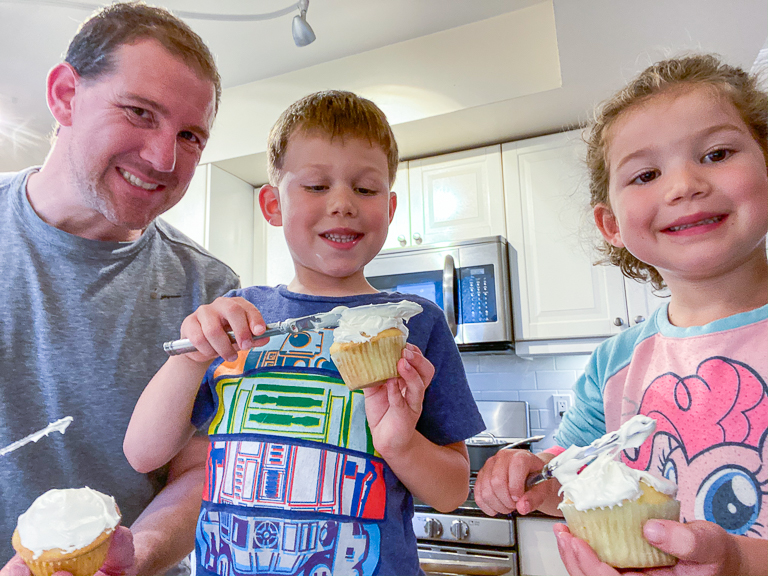 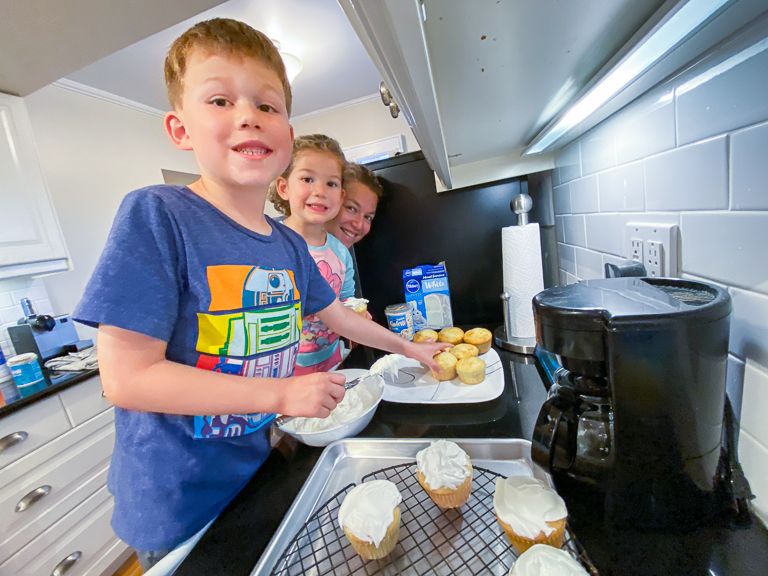 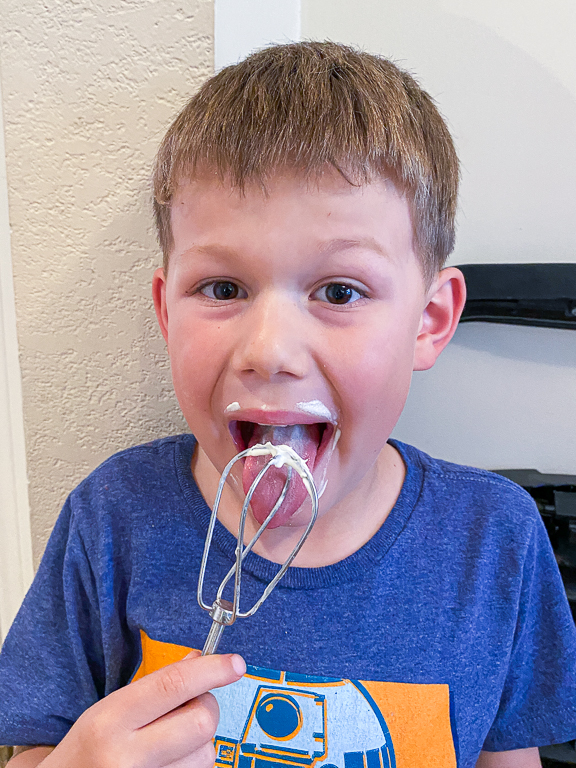 Can't forget the thing that makes them funfetti/party cake. The sprinkles! 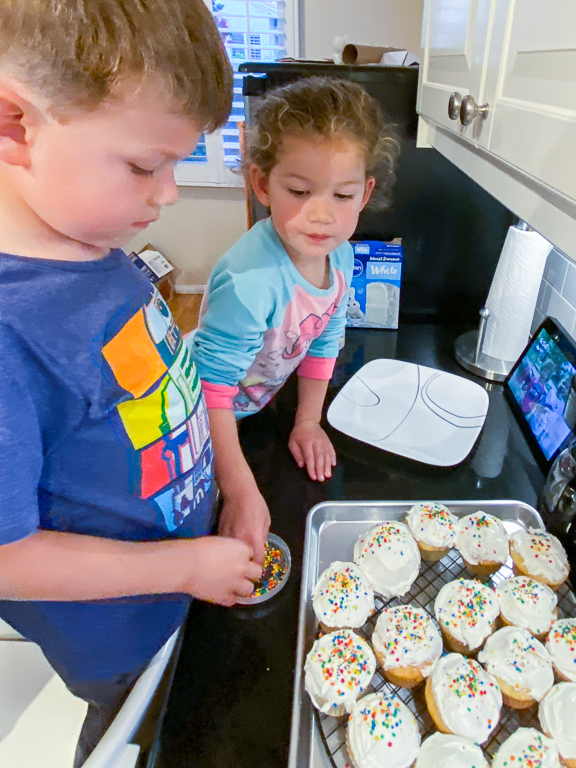 Let's take a closer look at the Peeps. They have a yellowish tint to them, and they're covered in confetti-like sprinkles.

Any bets on what color is inside? Just the same yellowish marshmallow. 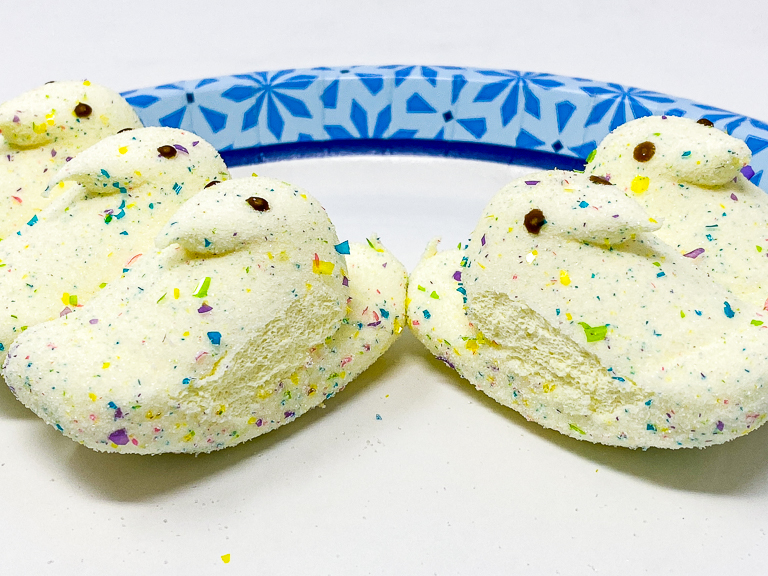 Hmm, these Peeps are covered in sprinkles all around. I think we need to make a cupcake that's covered in frosting and sprinkles too. 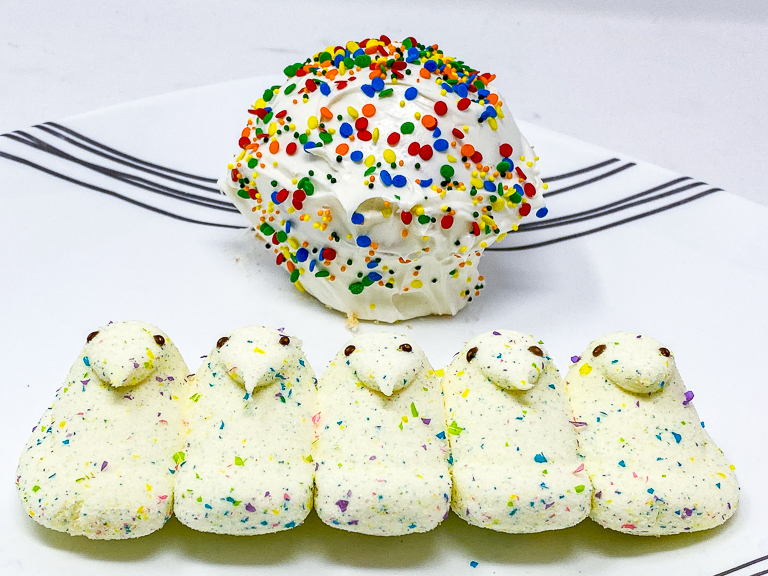 And I've never made cake pops before. But I thought after making a Peep out of cotton candy, I might try a cake pop Peep too. 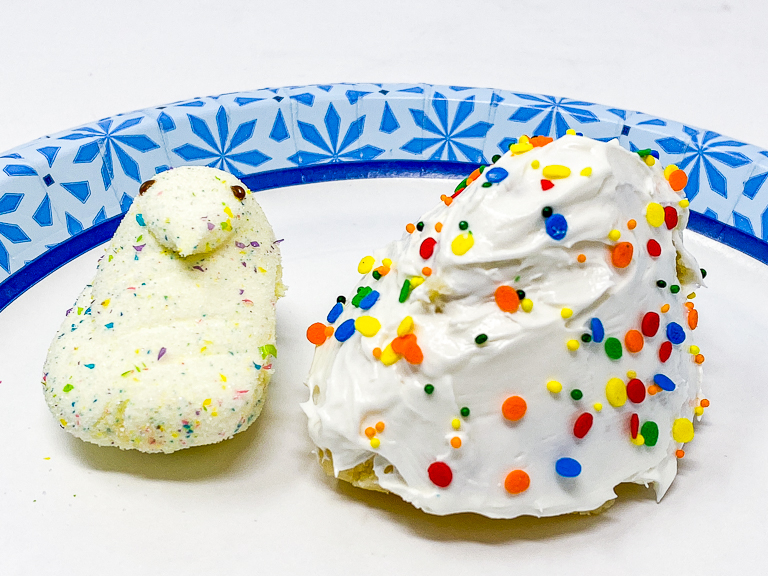 A Cake Peep, per say. 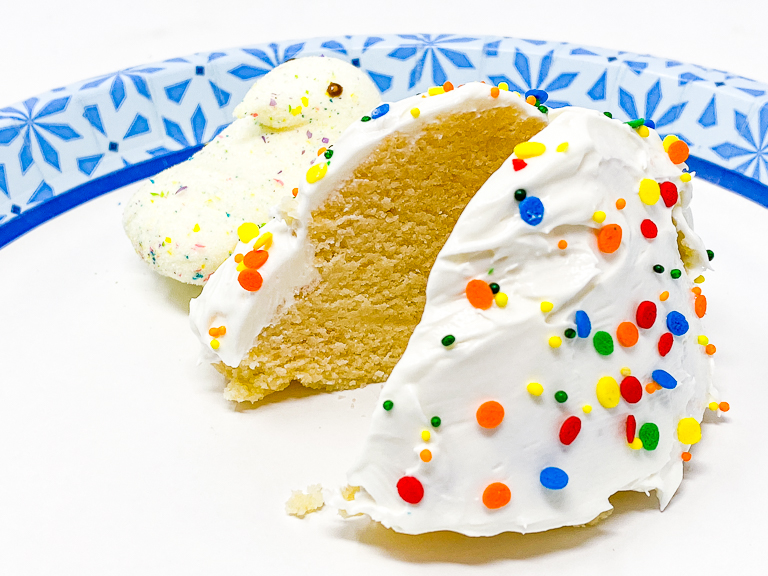 The back of the box. Nothing special or specific to the Party Cake Peeps. 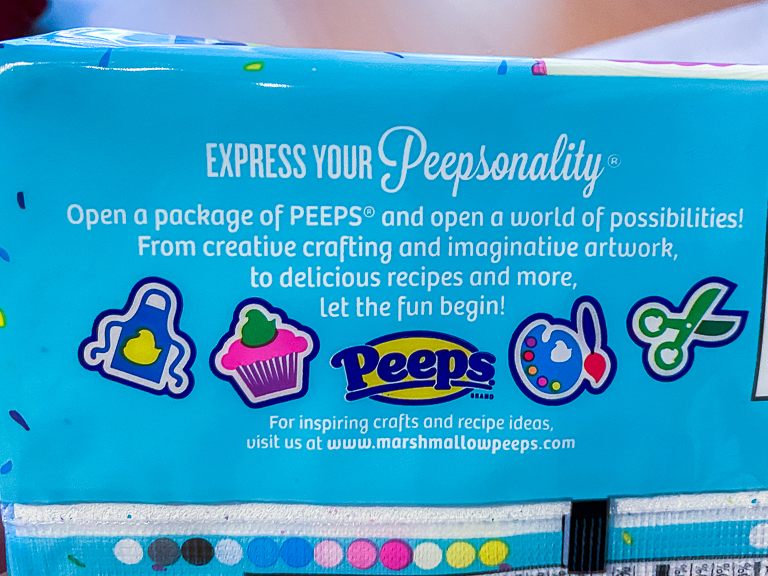 As is tradition with these, we're going to taste the Party Cake Peeps first. 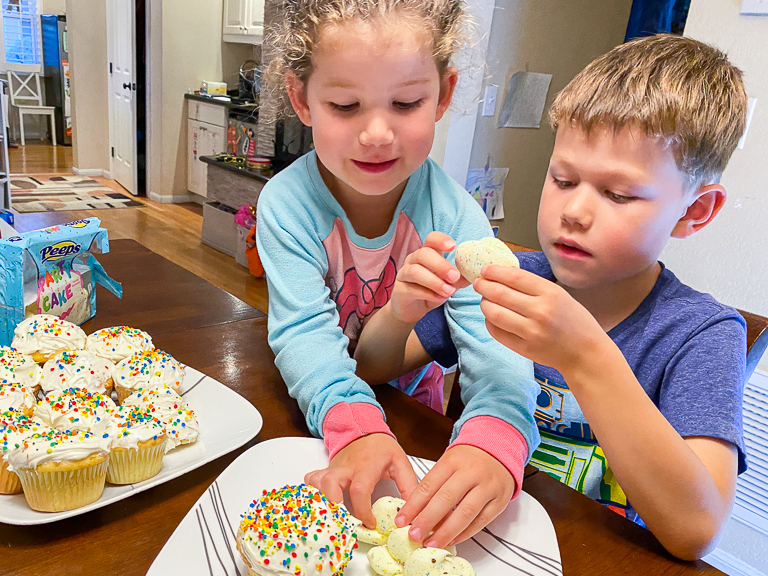 And the verdict is... yucky. They do have some kind of weird cakey flavor, but it's not particularly good. Thumbs down from both kids. 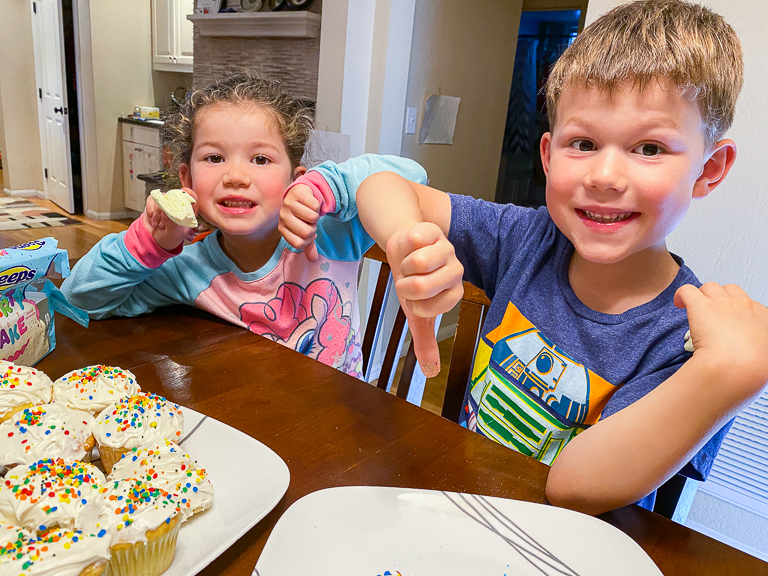 And they didn't even want to finish the ones they had in their hands. That's a first. 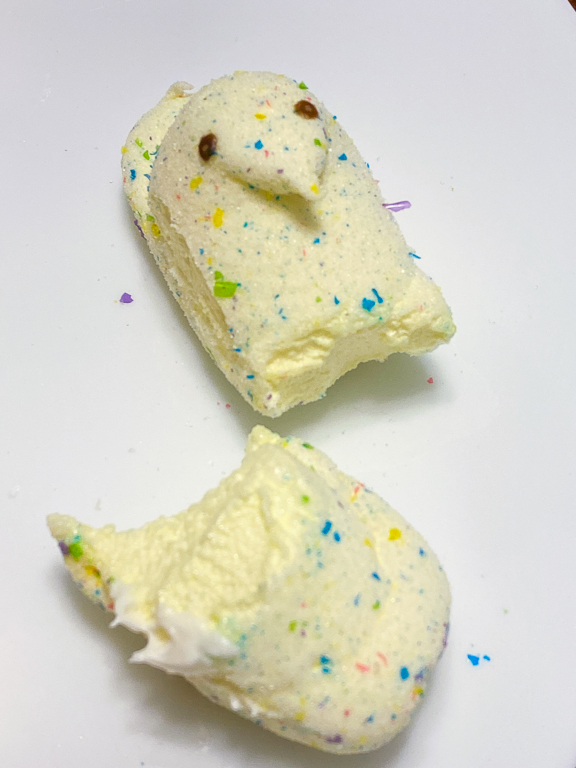 Alright, so the Party Cake Peeps aren't winning any awards. I know they like cupcakes. Let's see how good of bakers they are today. 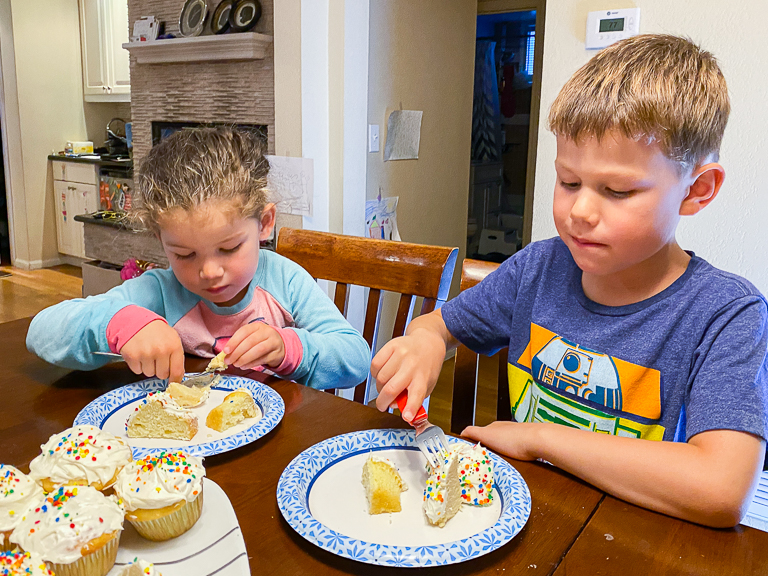 They think they did a pretty good job. Instead of having an entire cupcake I cut up 1/4 of each creation. The regular cupcake, the frosting coated cupcake, and the Cake Peep cake pop. 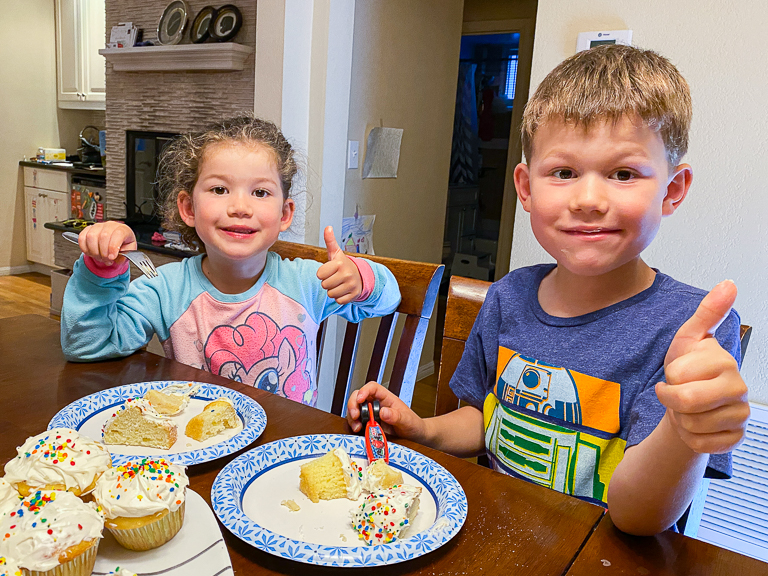 They made short work of the real cupcakes. Obviously a thumbs up there. 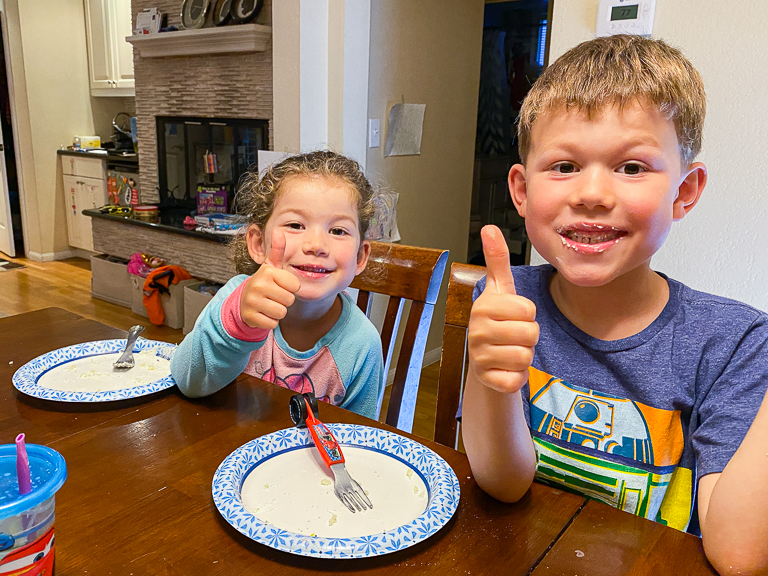