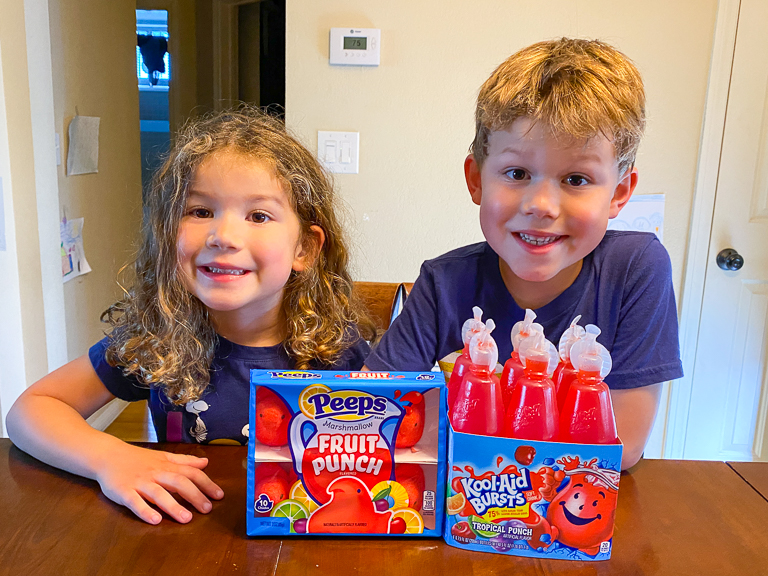 Now I don't know what comes to your mind when you hear fruit punch, but for me I immediately think Kool-Aid. And while you can make it from a packet, the coolest way to drink it was out of these plastic squeeze bottles.
Now my mind went to Kool-Aid but upon further inspect, they don't actually call it fruit punch flavored. Instead it's Tropical Punch. But let's compare the fruits on both packages. Limes, oranges, grapes, and cherries - check. Hmm, there's pineapple on the Peeps package but not on the Kool-Aid package. I'm still going to allow it. 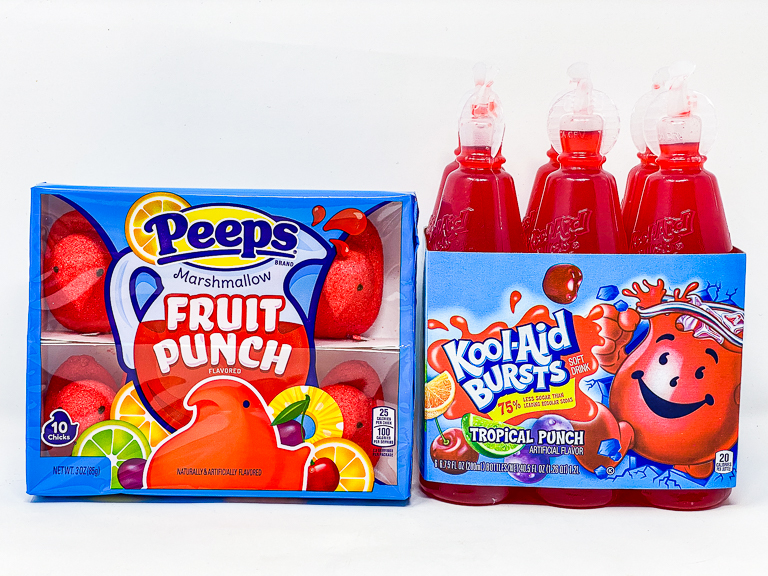 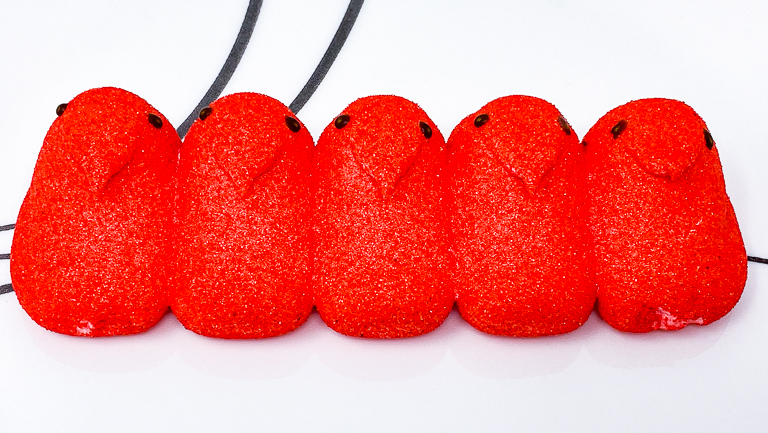 And we were happy to see that there's pink marshmallow inside 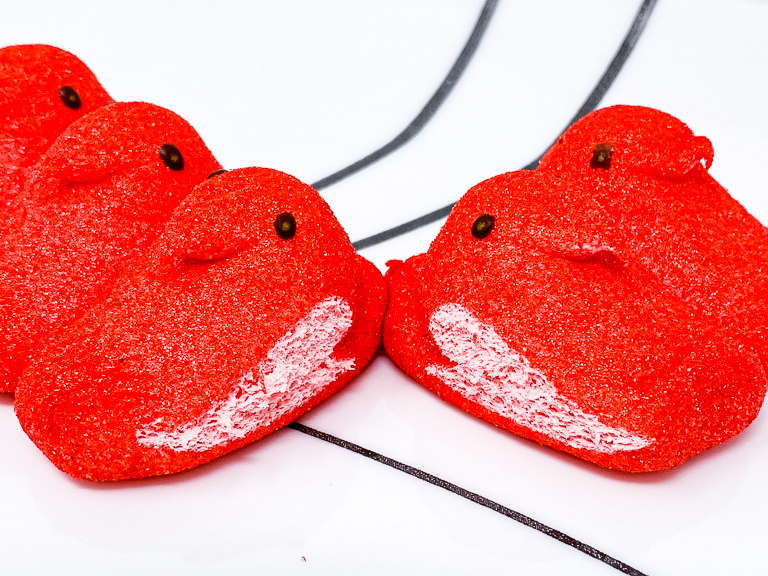 The back of the box. Burst into Fun with the deliciously refreshing taste of Fruit Punch Flavor. 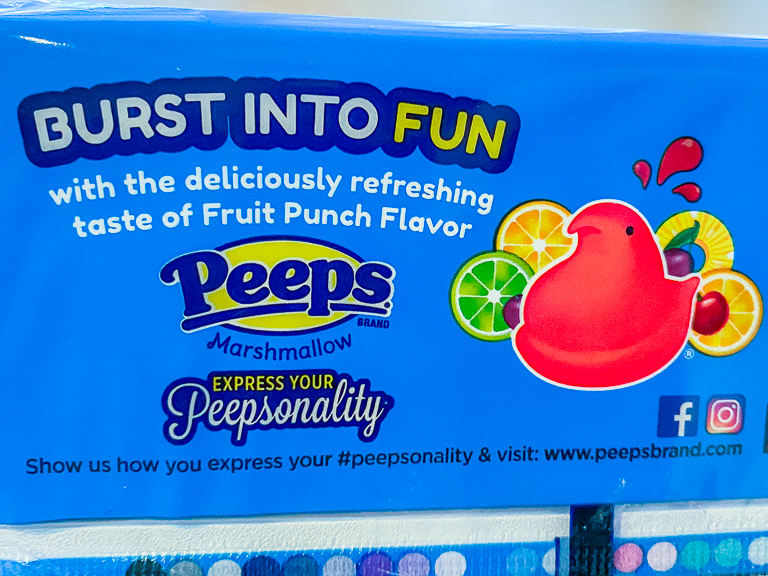 Enough talking. Let's eat them. As always starting with the Peeps first. 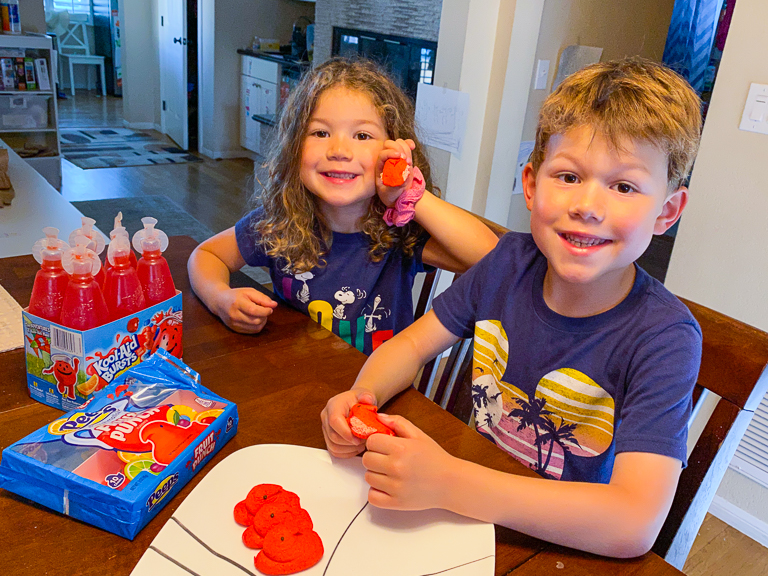 Well I guess we're back to the subtle flavors again. It does indeed taste like fruit punch, but it's nowhere near as strong as those sour watermelon ones. The kids enjoyed it either way, 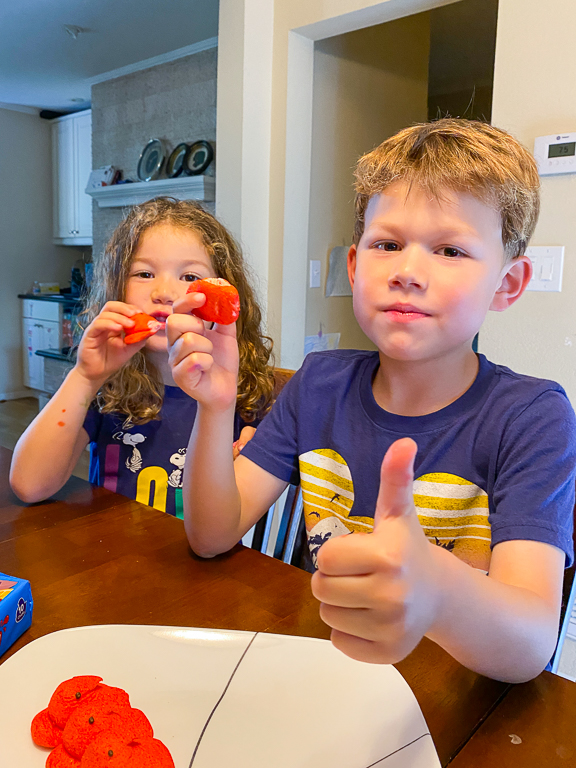 Now time for the Kool-Aid. Really Ian? You don't like it? Nope, Ian was not a fan. T has bought them Capri-Sun 100% Juice Fruit Punch and he prefers that to the Kool-Aid. Checking the label, ah, Kool-Aid consists of less than 2% Natural and Artificial Flavors. Doesn't that mean Natural Flavors could be like 0.1%? Perhaps it's the Ester of Wood Rosin (seriously, that's an ingredient in here) that he doesn't like. 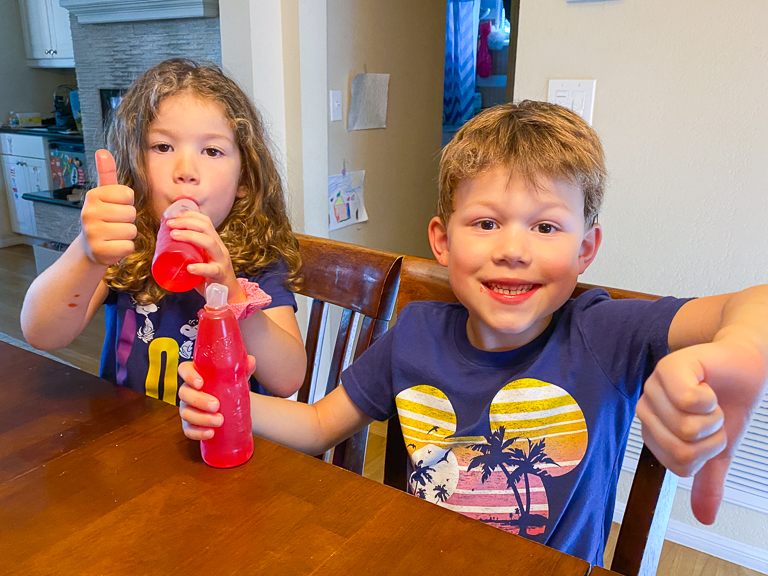 Okay kids, how was the taste test today?
Really? They translated this as being 10 thumbs up. I was not expecting that. They confirmed that they liked these Peeps better than any of the Peeps flavored we've tried so far (Cotton Candy, Root Beer, Sour Watermelon). 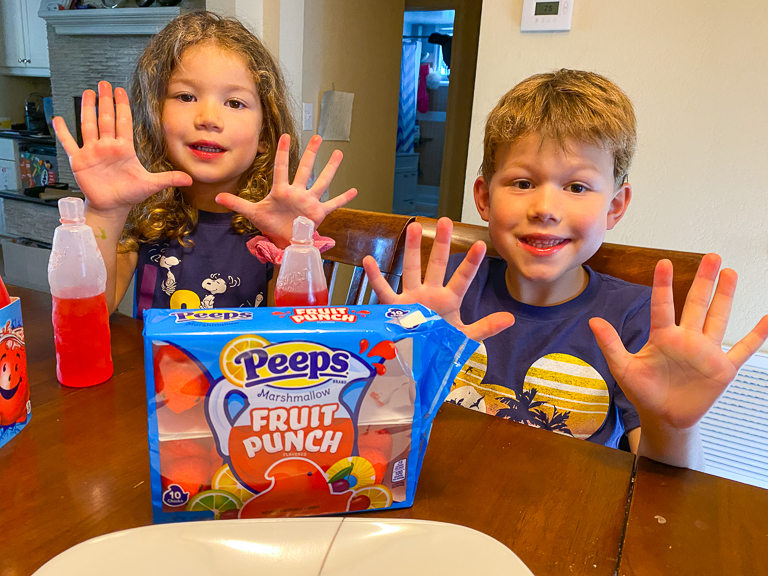 And as I was reviewing the packaging, I noticed something from my childhood was missing. Where are the Kool-Aid points? I remember when I my brothers and I were growing up, we'd save up our points and send them in to the Wacky Warehouse. Sadly it looks like Kool-Aid points were phased out back in 2010. Aww.