It's Christmas Eve and there's lots of Christmas stuff going on, but for the past few days, Ian has been working really hard on a tooth that's become loose. He was really wanting to have it out on Christmas Eve so that he could have a visit from both the Tooth Fairy and Santa Claus, all in the same night! 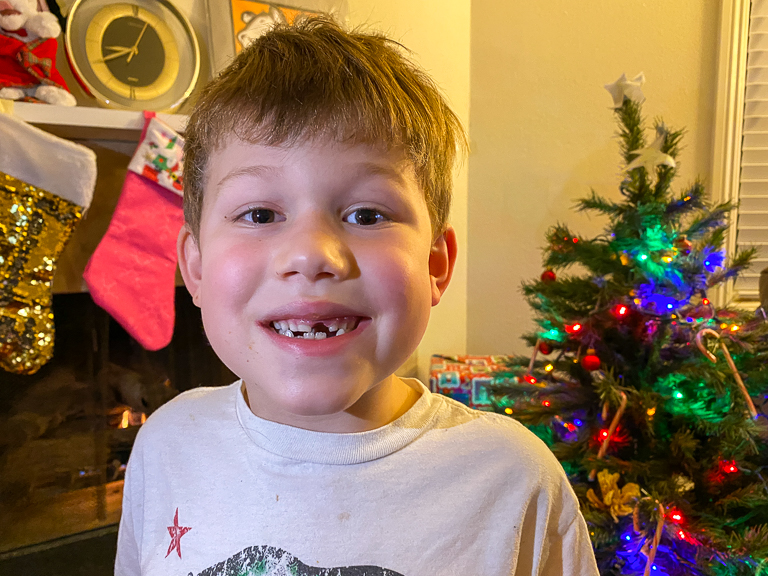 After trying a few times during the day himself, it was wasn't coming out. Bring in the big guns!
Alli made sure Ian was comfortable for the whole ordeal, draping her blanket around him, bringing him a Duffy, and giving him words of encouragement. After a couple false starts, it came out!
Show me that new smile buddy! 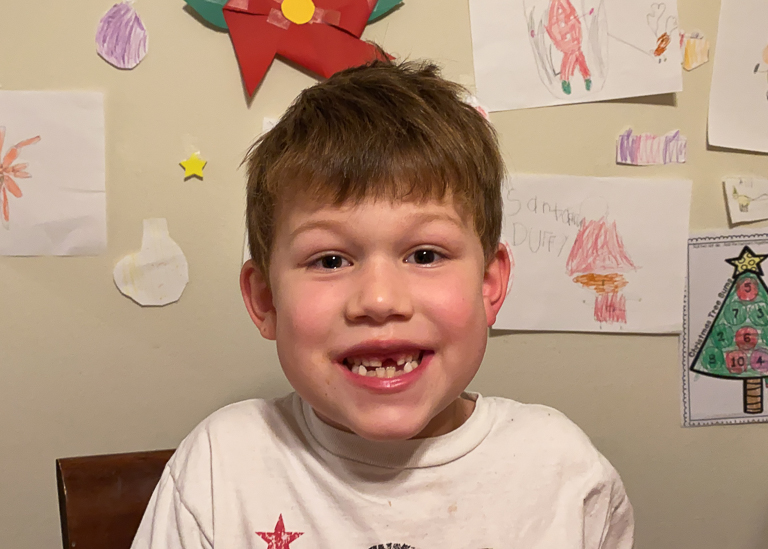 Yep, there's a new gap there! 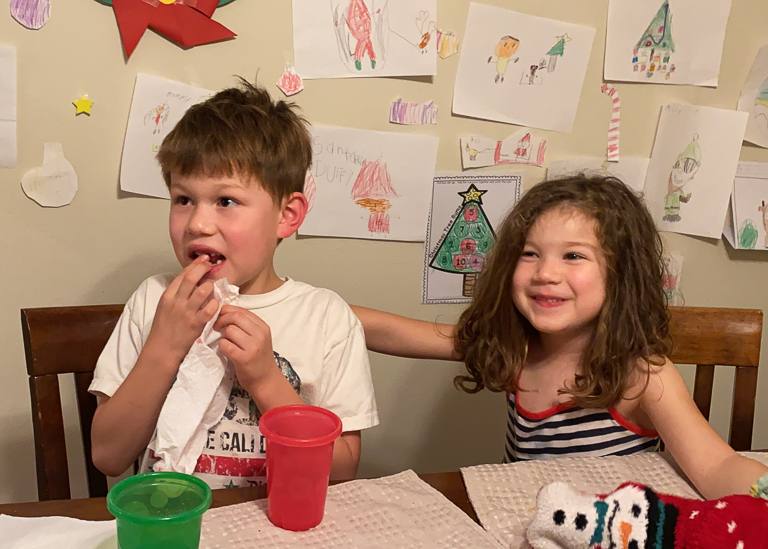 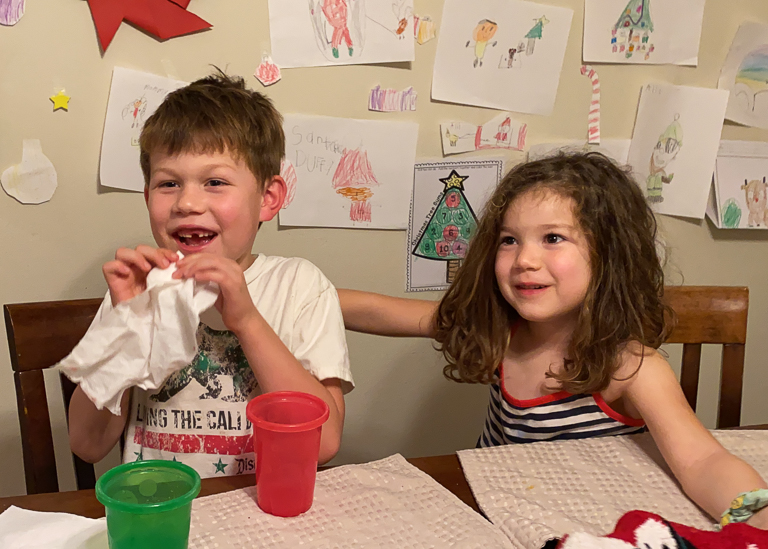 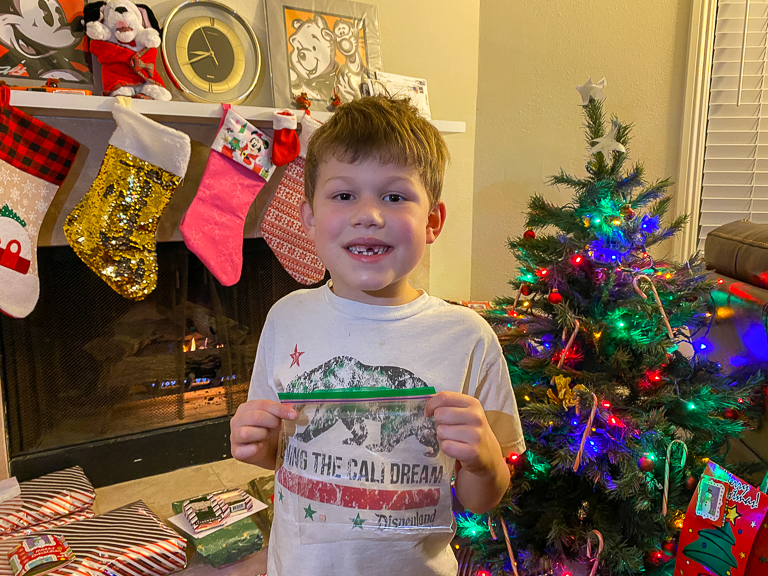 All you'll want for Christmas is your 1 front tooth! Then you can wish us Merry Chrithmath!
Under the pillow it goes. 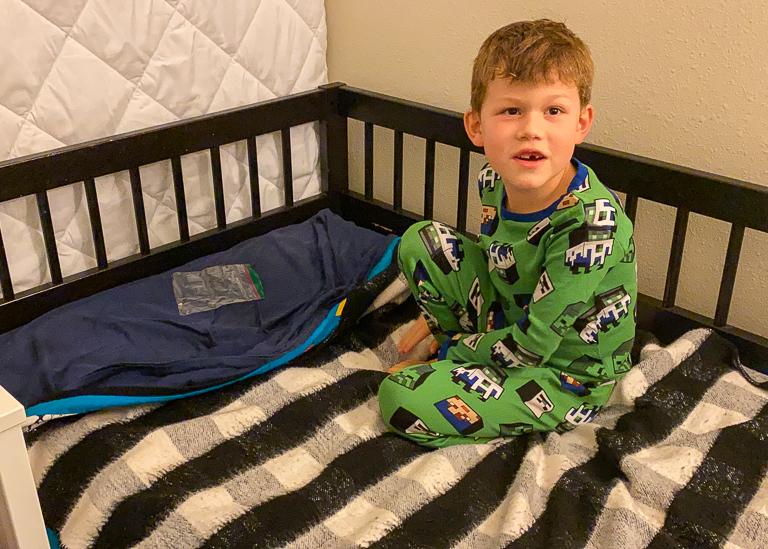 Goodnight kids. See you in the morning! 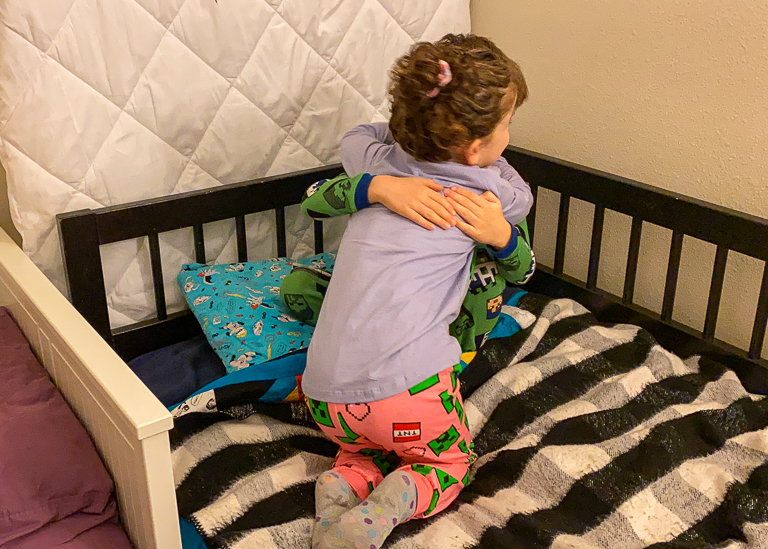 When I went to see them in the morning (while they were waiting to come out of their room), Ian was excited to show me the note that the Tooth Fairy left him. 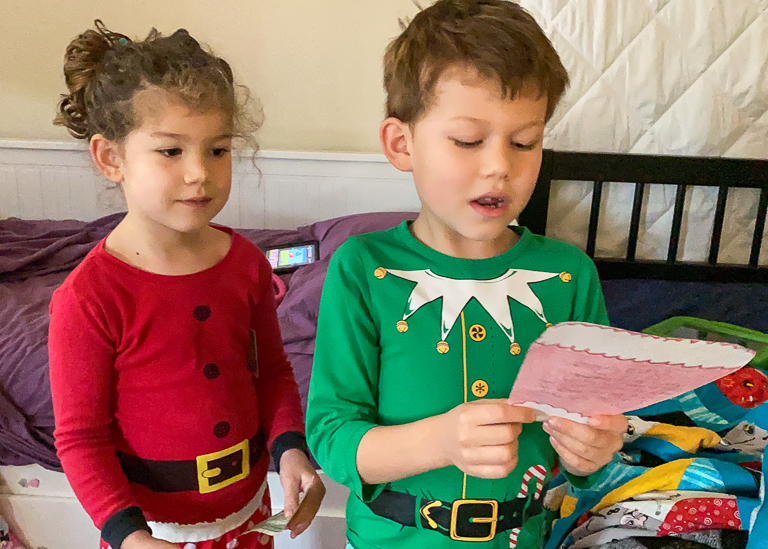 It's a drawing of a tooth, plus a note from the Tooth Fairy!
"Ian, I am very excited that I get to give you your first present on Christmas Day! This tooth is as white as snow! Nice brushing! ~Tooth Fairy" 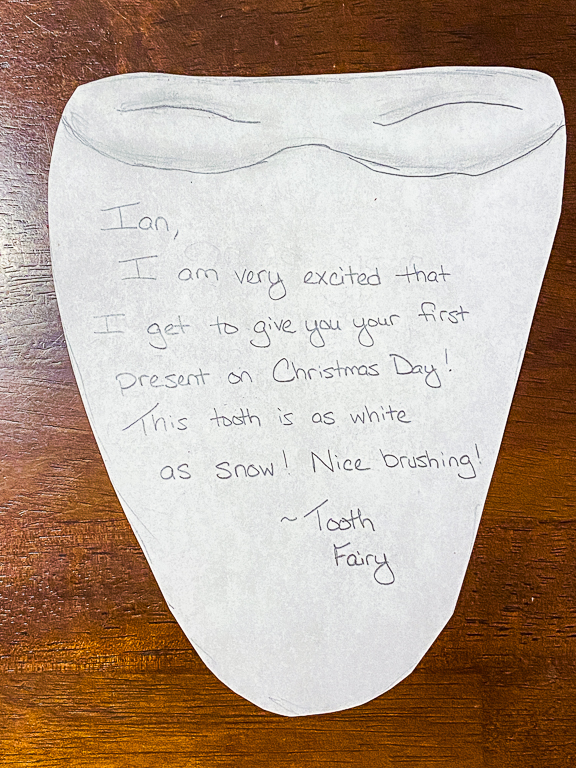 And on the back there's another note! 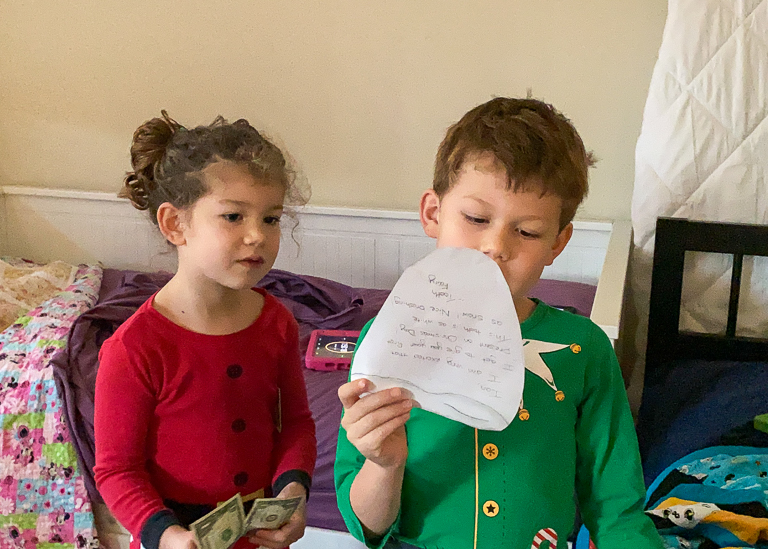 This time it looks like a Santa Hat!
"Ian, I saw the Tooth Fairy just as she was leaving. She met the reindeer and is now good friends with Rudolph. Have a Merry Christmas! - Santa Claus" 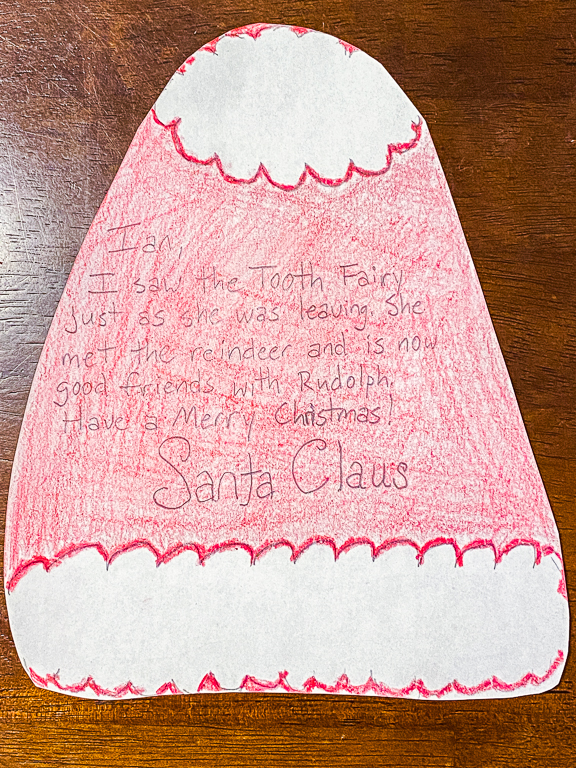 So congratulations Ian on losing your 5th tooth! And on the very special day of Christmas Eve!
You've been pretty lucky with your timing of everything. The First Tooth came out in Michigan, the Second Tooth came out in Colorado, the Third Tooth came out on National Tooth Fairy Day, and the Fourth came out at our new place!
This is Central Incisor tooth F.