Time for another Saturday Morning Cereal! Like a lot of kids this age, Ian and Alli just love Minecraft. They're still pretty new to it, but they're completely enamored with it. When Ian saw this box of cereal sitting in our quarantine section, he said "Dad! Minecraft Cereal!"
I got it special for you buddy.
Alli wanted to dress up like a Creeper, so she made herself a Creeper mask and got green Lego plates for the rest of it. It does look very boxy, just like everything else in Minecraft. Great job Alli! 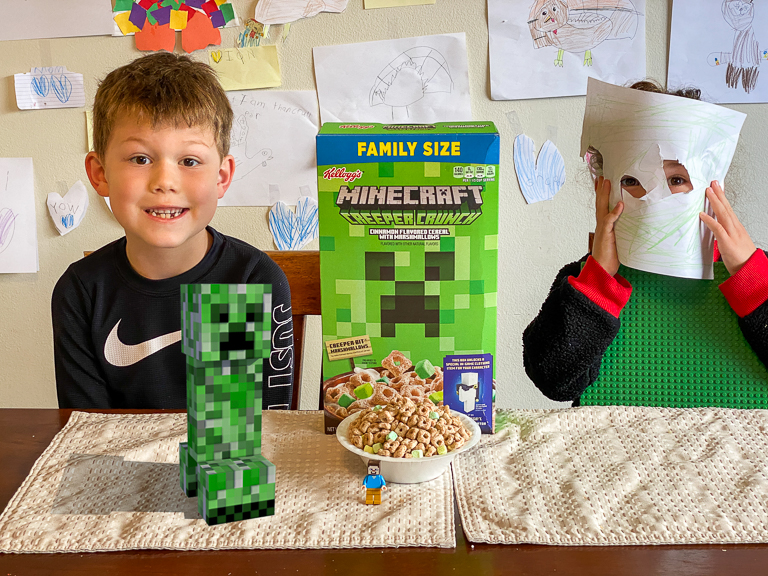 This Minecraft Creeper Crunch is a cinnamon flavored cereal with marshmallows. Ian got a Lego set with Minecraft characters for his birthday, so today we're joined by Minecraft Lego Steve. 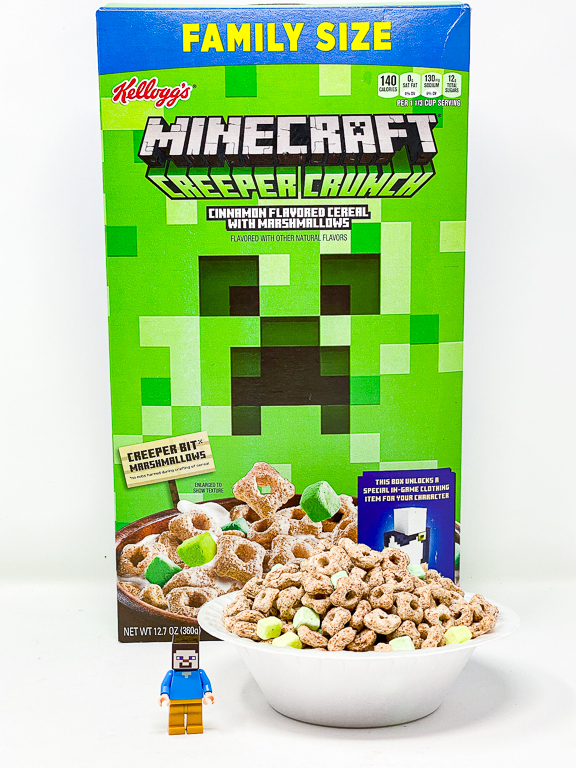 Normally Alli would be with me for pictures, but if it's Minecraft, Ian's going to be there. 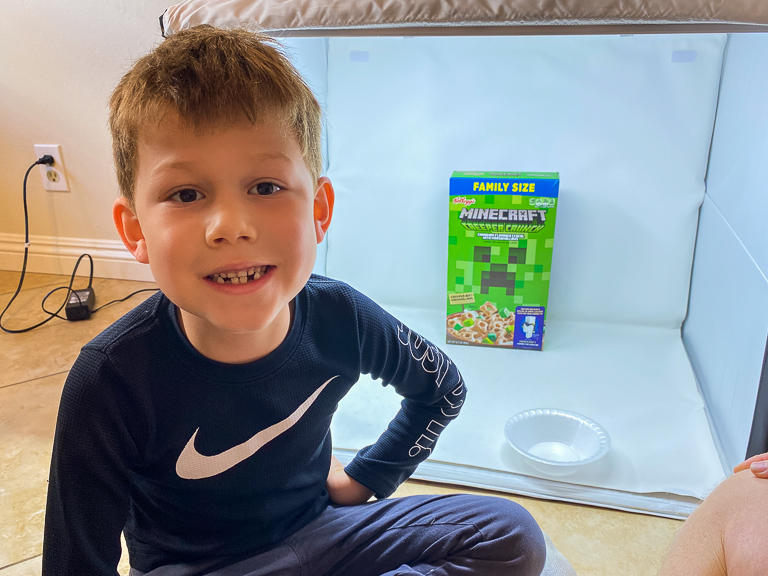 So many of these cereals don't have a prize inside anymore. This one though does give you a digital code for a free hat for your character. 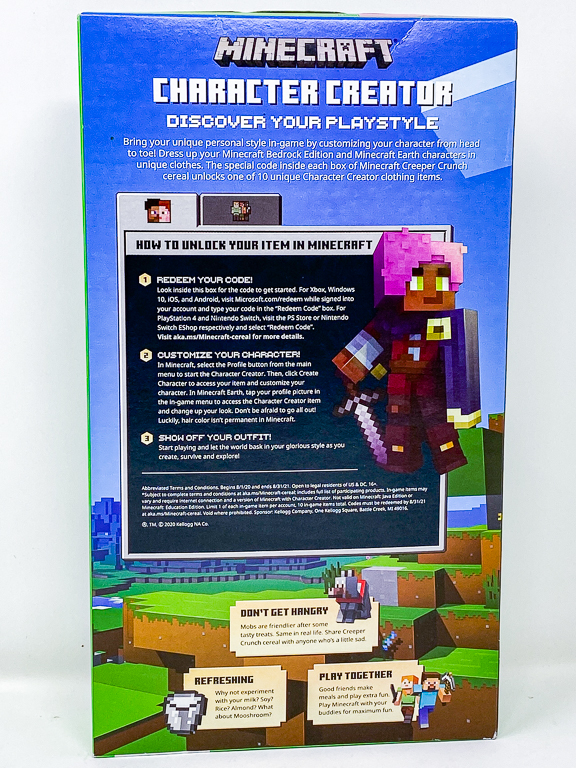 Getting a closer look at the cereal, it's squared, with square marshmallows. There's three different colored marshmallows that are part of the Creeper Bit Marshmallows. 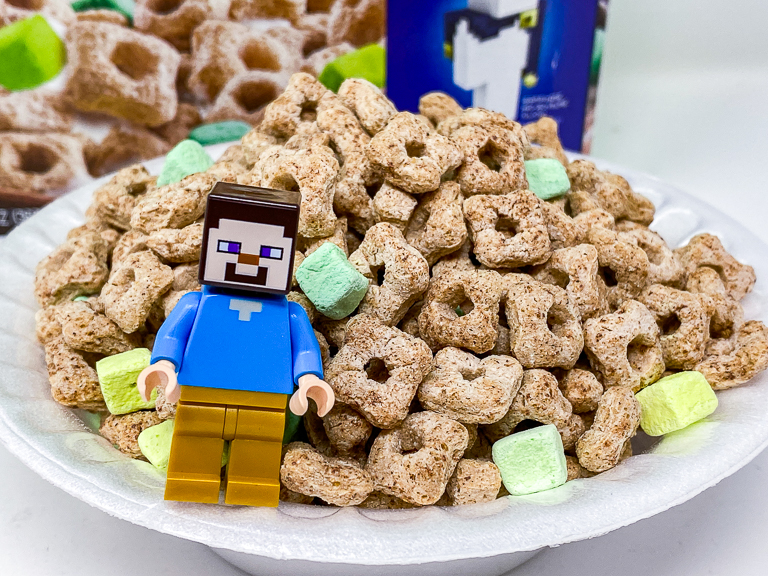 We've got our bowls. Let's eat! 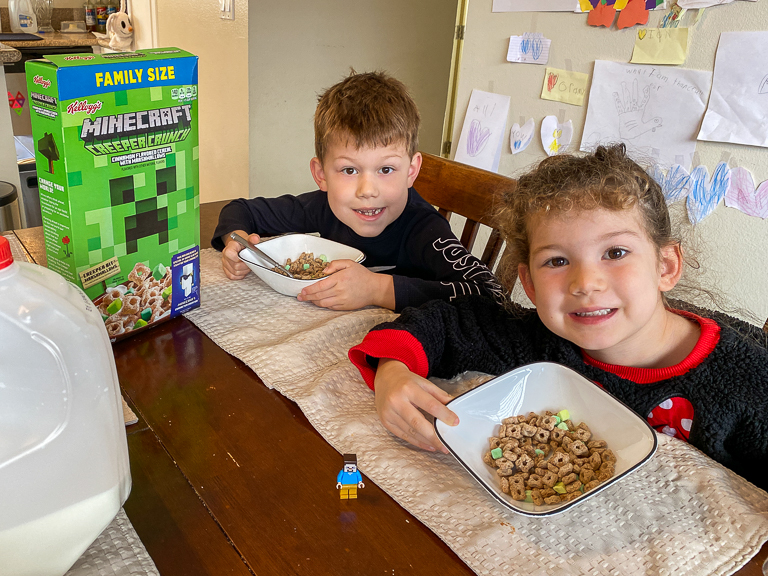 Alli pointing out something interesting about the front of the box. 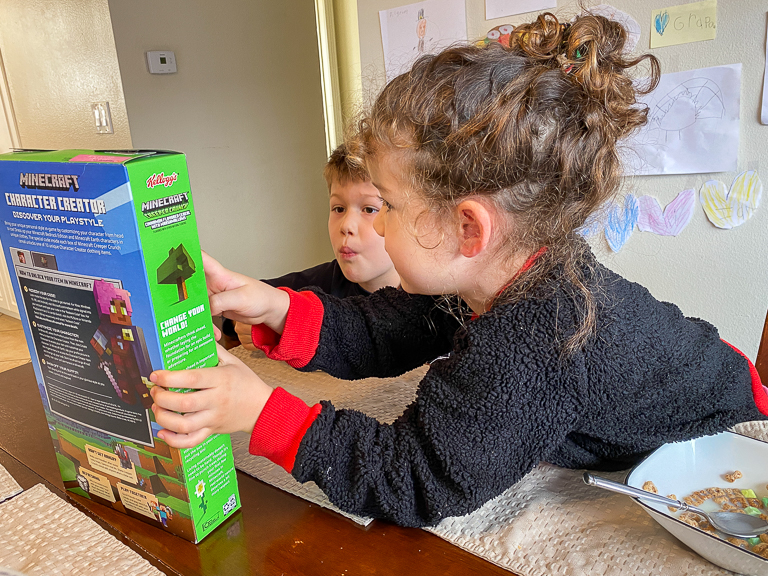 The cereal is actually pretty tasty. It's got a nice cinnamon flavor to it. The cereal pieces are not as dense as Lucky Charms, having a bit of puffiness to them. 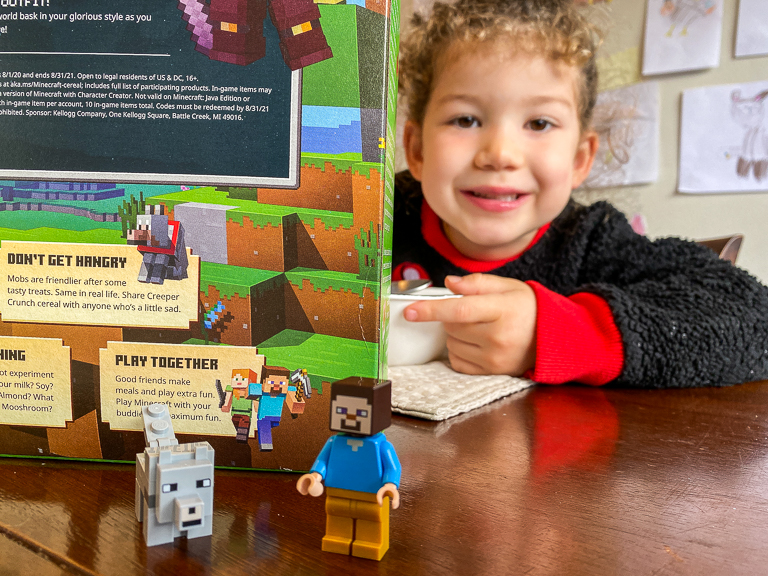 Someone is saving all his Creeper Bits Marshmallows for last.
These marshmallows remind me very much of Lucky Charms. They are freeze-dried solid the entire way through. No softness to them at all. 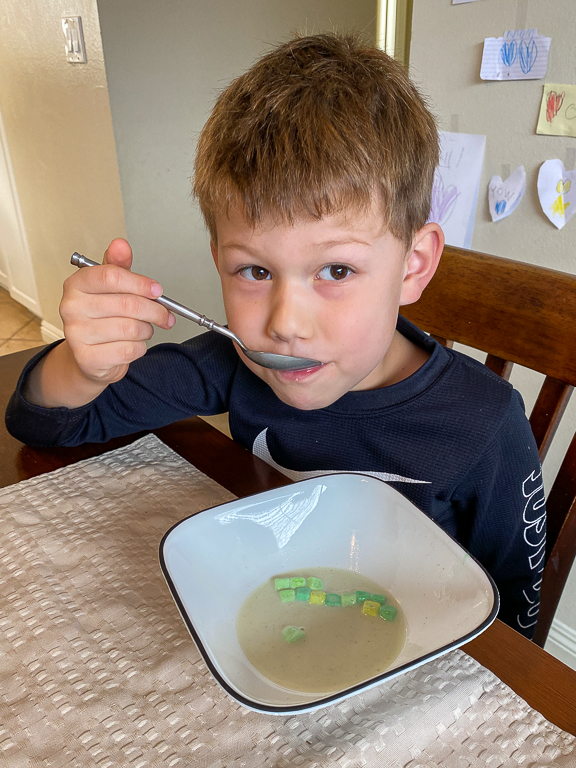 Overall, it was a very tasty cereal and something the kids definitely enjoyed having.