Ever since her Dots taste test, Alli has been on the lookout for something else to try. She's got a few more that she's planning, but the first are these Bottle Caps that we got in a giant bag of Halloween candy. 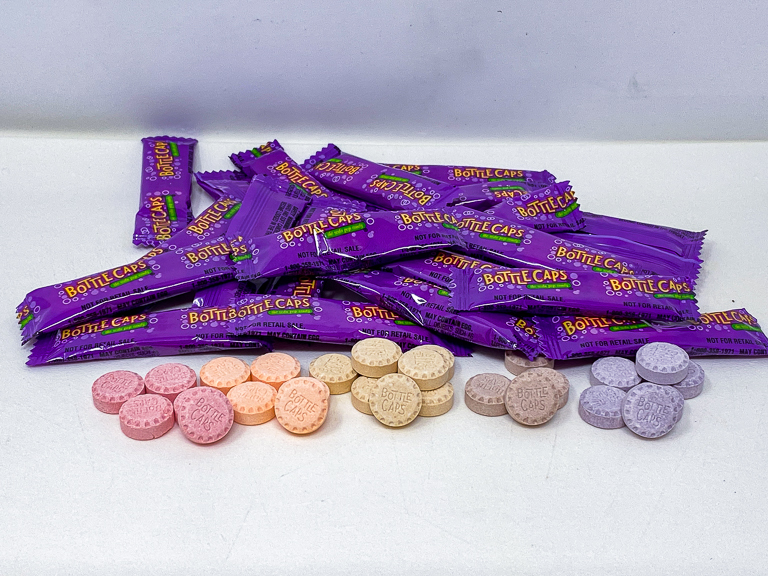 Bottle Caps come in a couple different package styles. You can buy them as a roll, similar to SweeTarts, but I'm much more used to seeing them in these large Halloween packages. 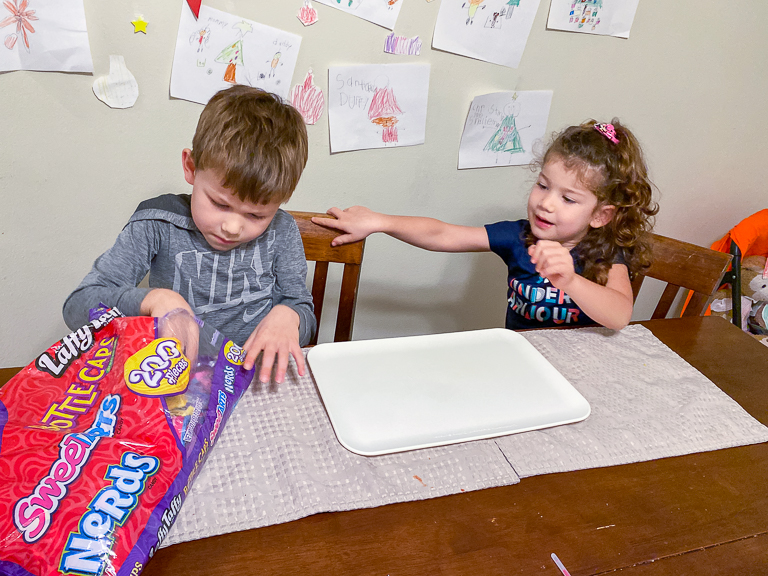 We looked through the entire bag to pull out every package of Bottle Caps. 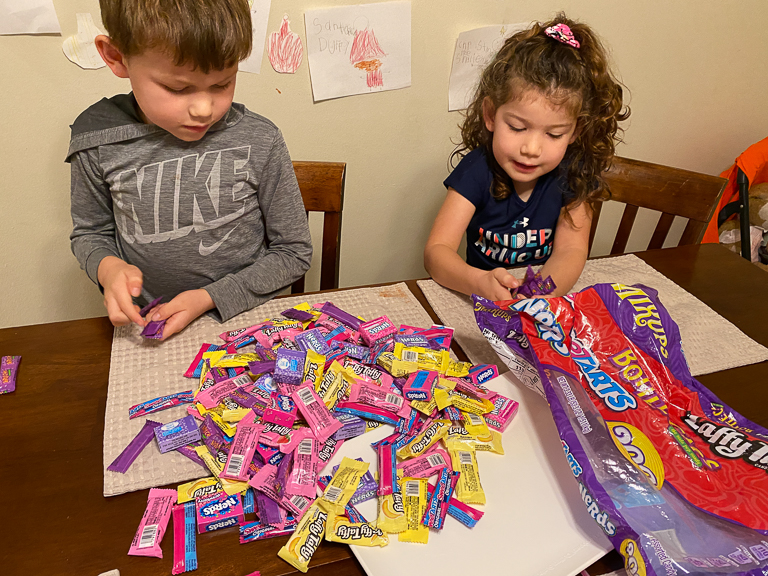 These little packages only have 3 Bottle Caps inside them, so we're going to need to open a few of them to make sure we can find enough. 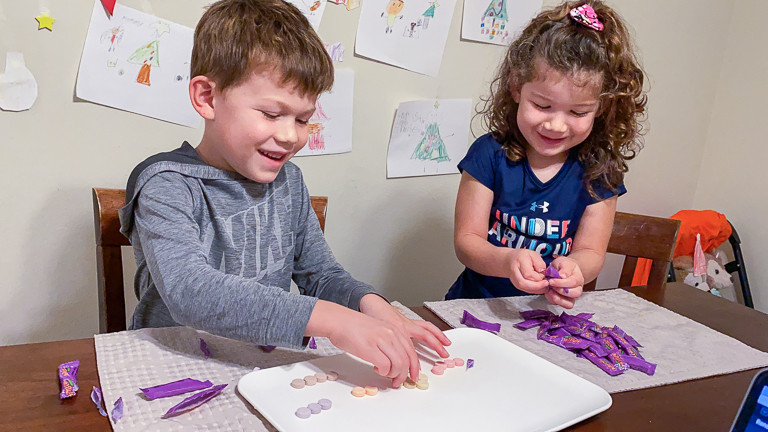 I love the shapes of these Wonka candies. They look like the metal caps that are crimped onto glass bottles to seal them. There's actually two different versions of the candy shape. If you get a roll of these, the candies have a design on the bottom too where it's indented and shows crimp lines. 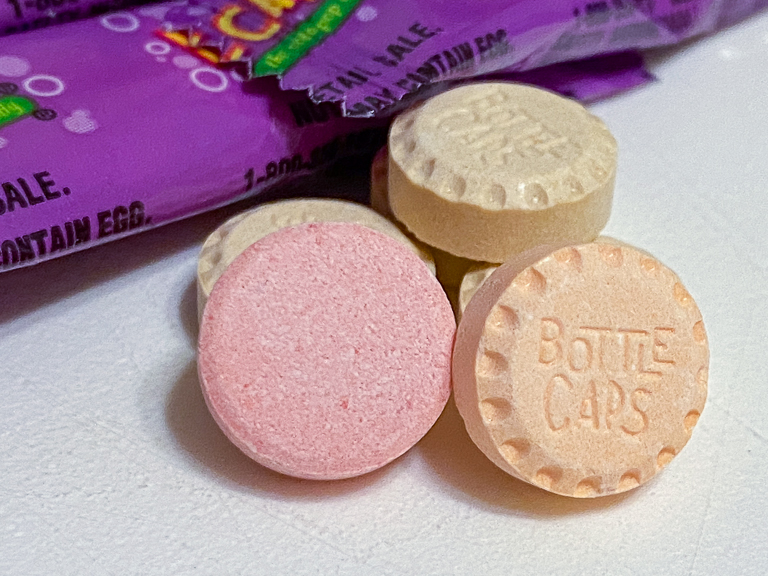 Alli wanted Theresa to start us off with a flavor to taste. Mommy informed her that she doesn't particularly care for Bottle Caps. Something about the texture. They're a bit chalky compared to something like SweeTarts. Well if she's got to pick something, why not start with her guess for her favorite flavor.
Grape candies are usually my favorite too. This one though didn't have the standard artificial grape flavor that I'm used to though. But that chalkiness is certainly there. I wonder if it had to do with the amount of pressure they squeeze these candies together with. Like if you squeeze it with 500 psi you get a chalkier Bottle Cap. Then if you squeeze the same thing with 1000 psi, do you get a SweeTart? 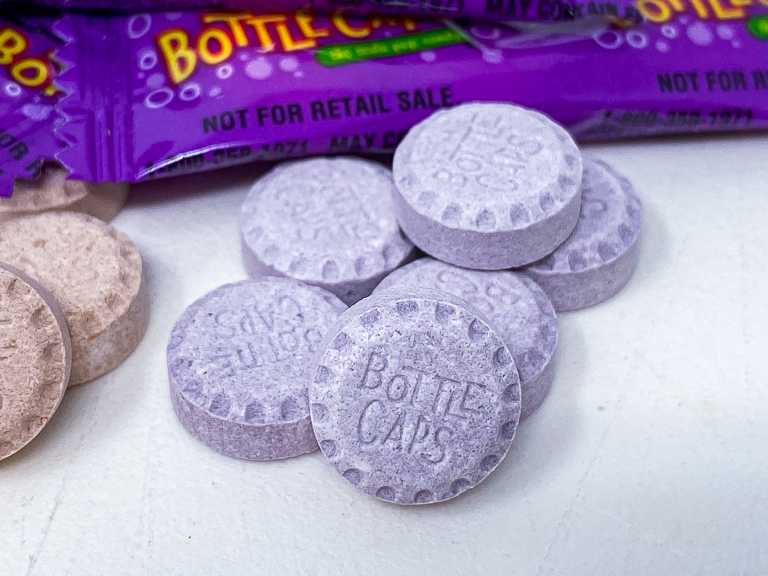 The Food Network Show Unwrapped goes into the SweeTart factory, to show how they're made, but they didn't give the details on how much pressure is applied to the sugar to form the tablets.
Moving on to the next flavor, it's Cola! The Cola flavor is much stronger than the Grape. Even more so if you decide to crunch it like most of us did. 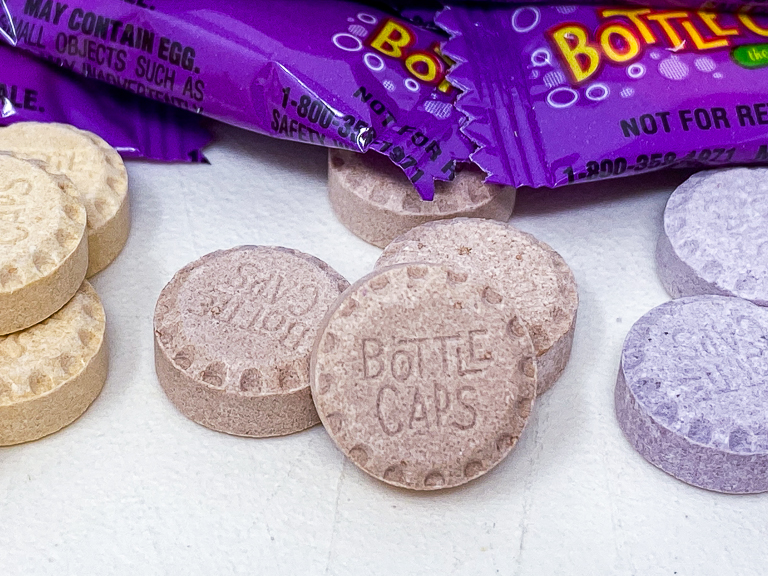 Root Beer followed Cola. It also has a very strong flavor to it. If you like Root Beer, you'll be happy with this candy. 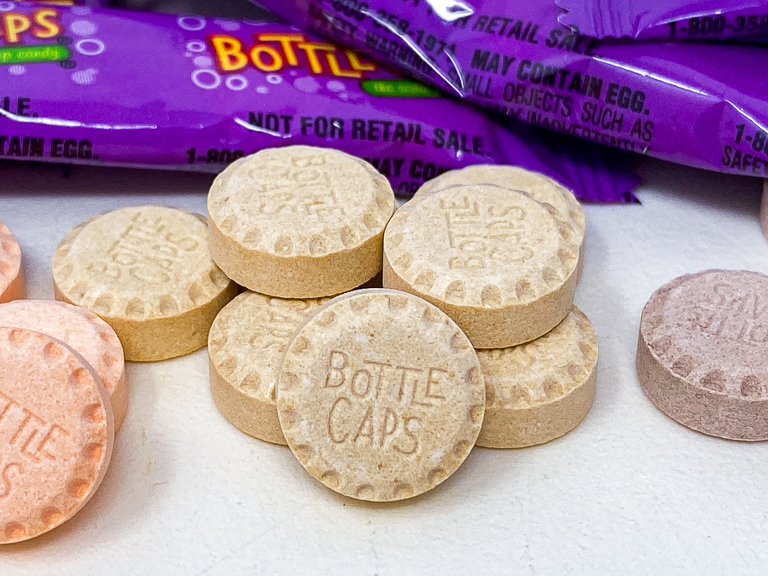 Orange was next. Theresa likened it to the orange flavored Zicam drops that you take if you're feeling sick. That's not a good thing. I think fruit flavored medicines have ruined Theresa's liking of fruit flavored candies. For some reason, I got a cheap orange bubble gum flavor from it. 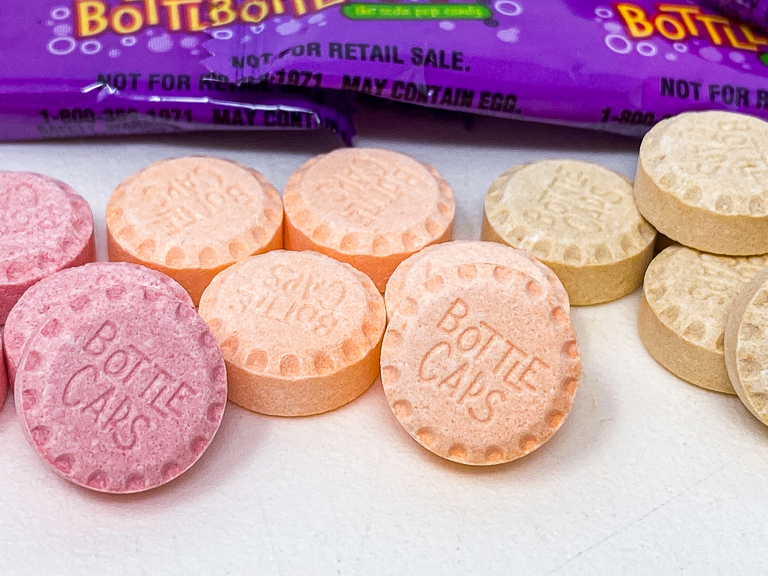 Last is Cherry. I wonder why Cherry though. It's not like Cherry soda is a very prevalent thing. I've had Cherry Cheerwine and the occasional Black Cherry soda, but it's no where near as popular as a lemon-lime soda. Never-the-less, we tasted it and pretty good. Mostly like a SweeTart. 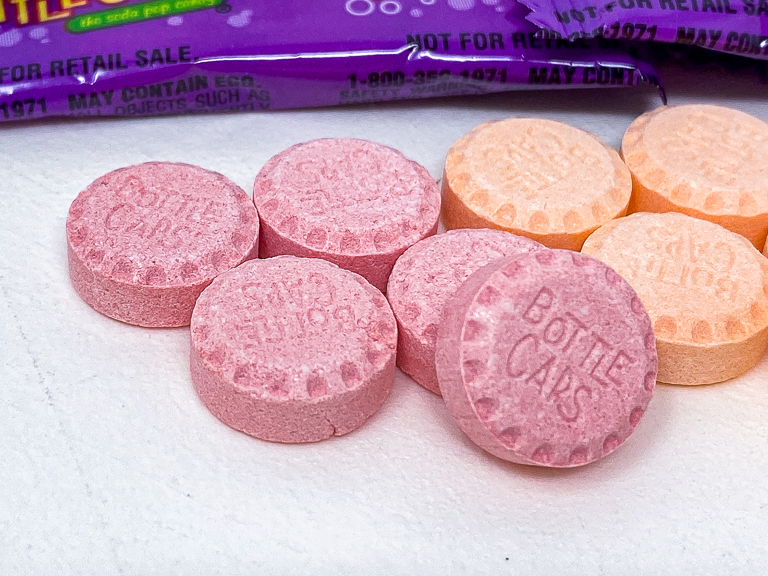 Time to vote for our favorite! It was unanimous. In a surprising victory, Cola wins today!