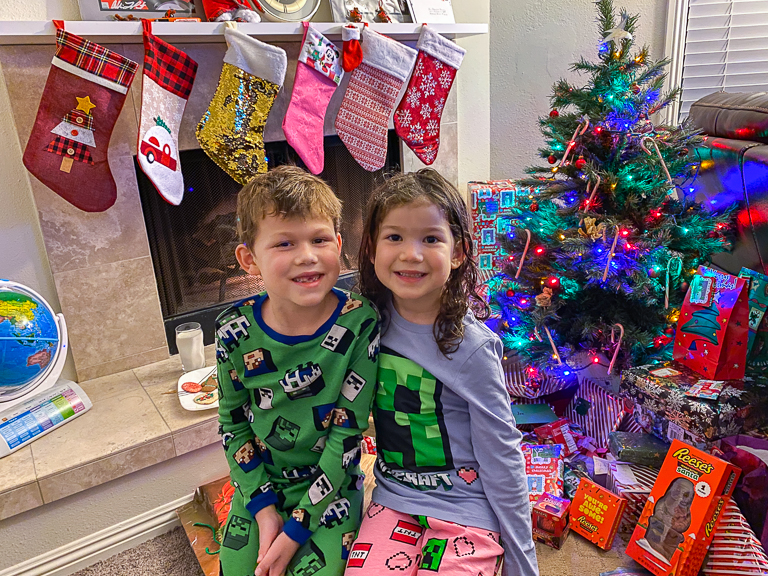 By this point, they've figured out that it's always pajamas. They were kind-of in a "whatever" mood, but were pretty excited when they opened it up.
Alli got pink and purple Minecraft pajamas. 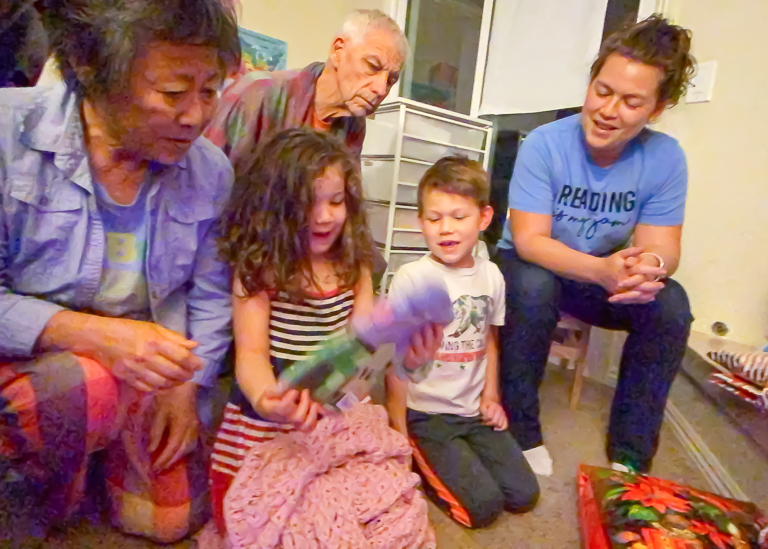 And Ian got Minecraft pajamas too! 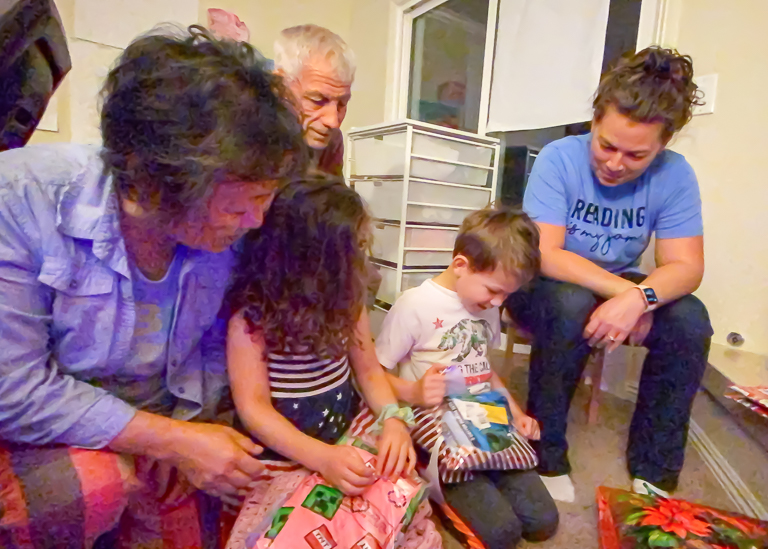 They were very excited to have them. 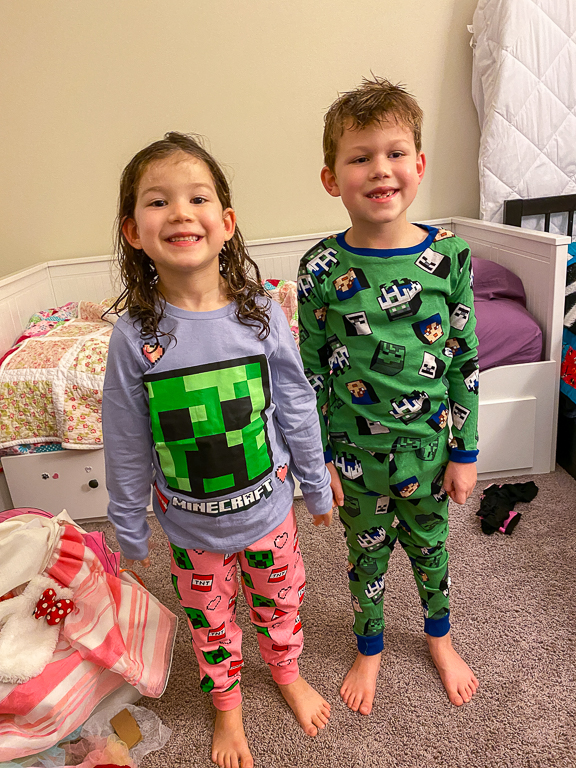 It's the last night of our Advent calendar so the people from Lego usually save it for something pretty big. 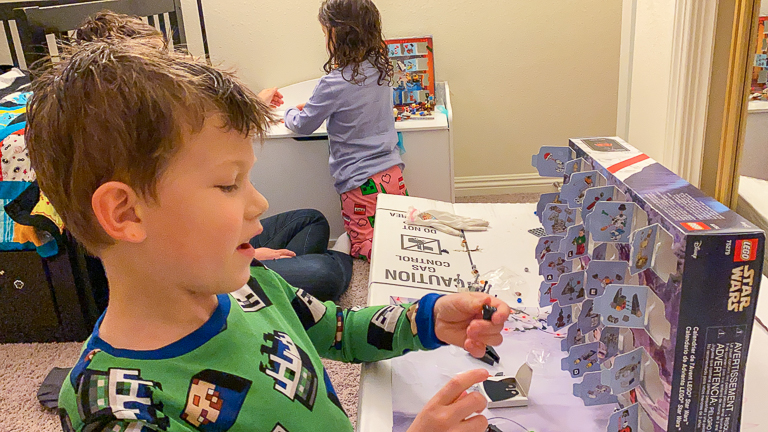 For Alli, it's the big man himself. Santa Claus! 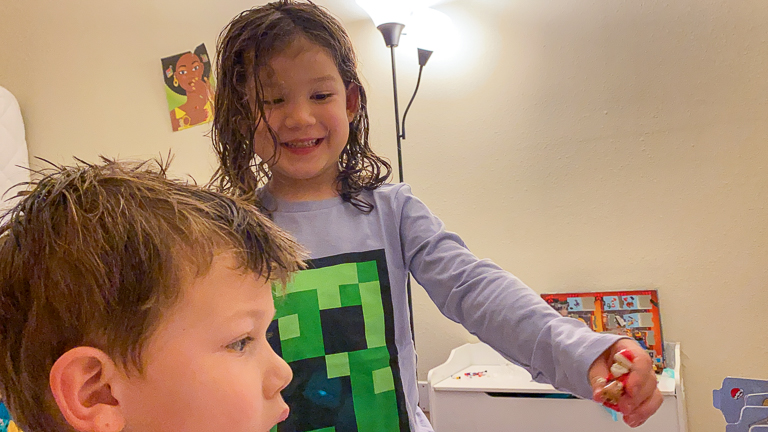 And for Ian, he got Darth Vader dressed in an ugly Christmas sweater! 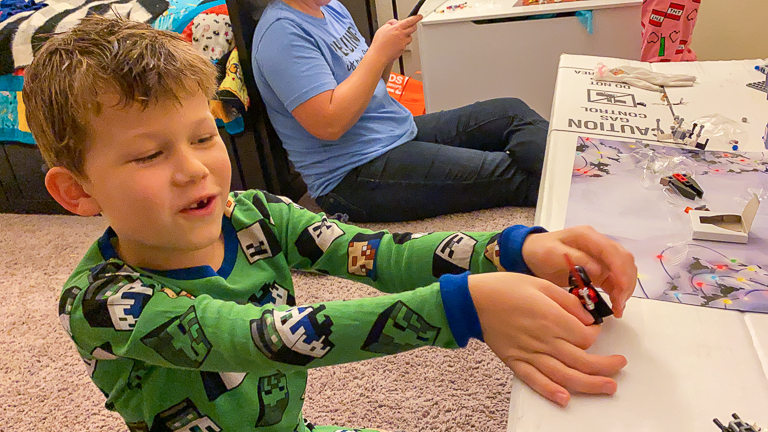 And of course, a battle ensued shortly afterwards. Darth Vader is a bad guy after all. 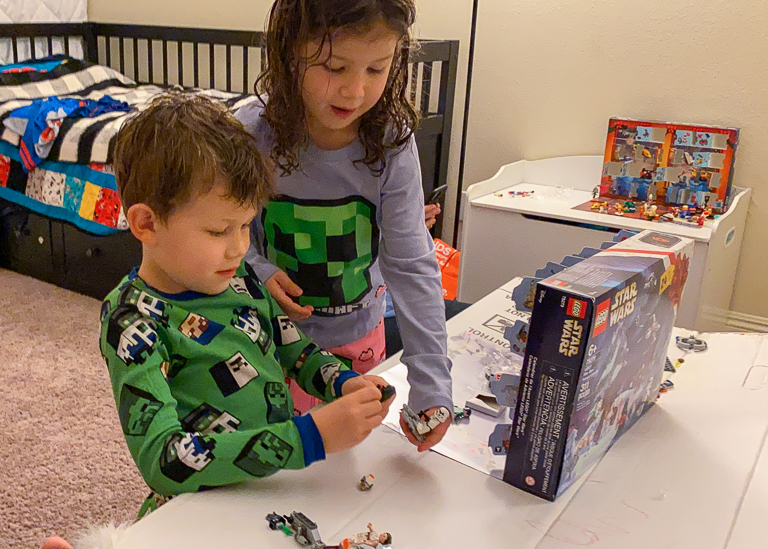 We can't forget to leave cookies out for Santa! We've decorated a whole bunch (more in a future post) so the kids got to choose their favorites to give to Santa. 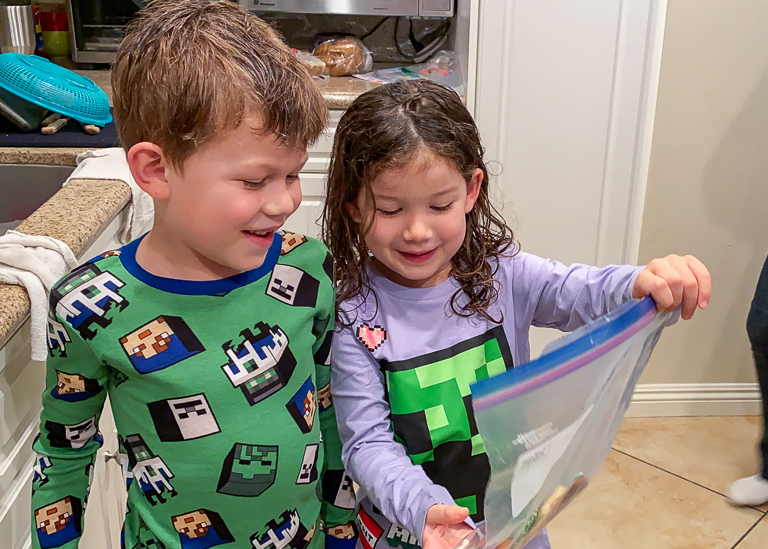 They picked a "Santa's Helpers" theme. Rudolph and and Elf are both Santa's Helpers. And we can't forget the Reindeer. Instead of just a few carrot sticks, they grabbed 9 (just in case Rudolph comes) so that each reindeer gets their own and doesn't have to share. 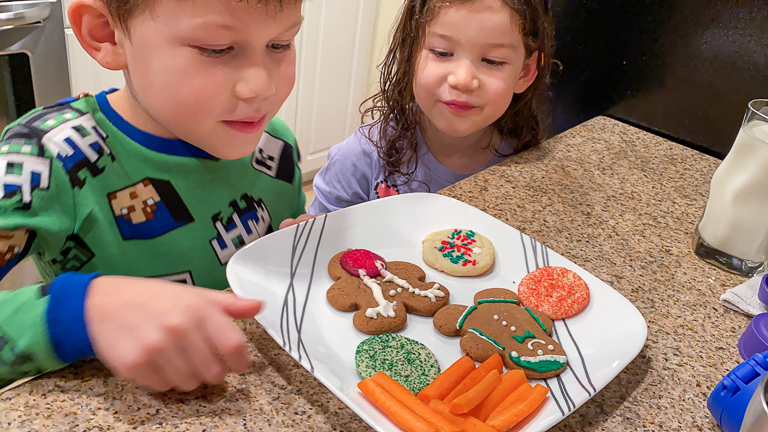 And of course a glass of milk. 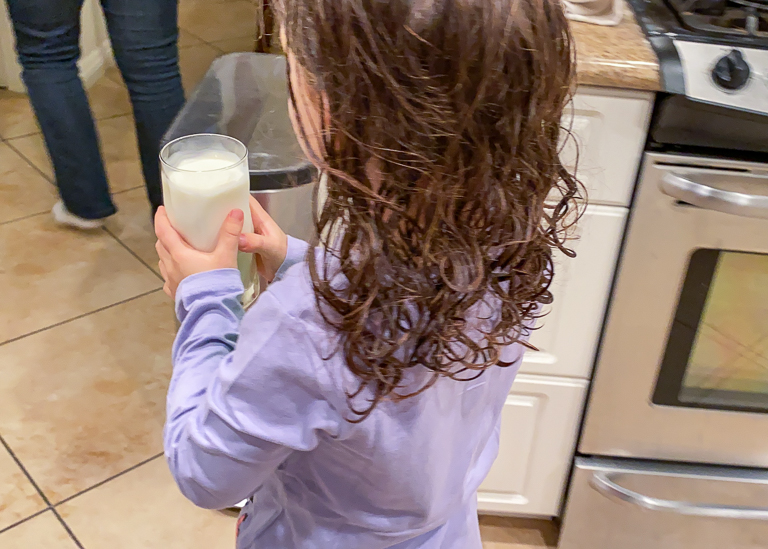 A tree, stockings, a fireplace, and Santa's milk and cookies. Looks good to me. 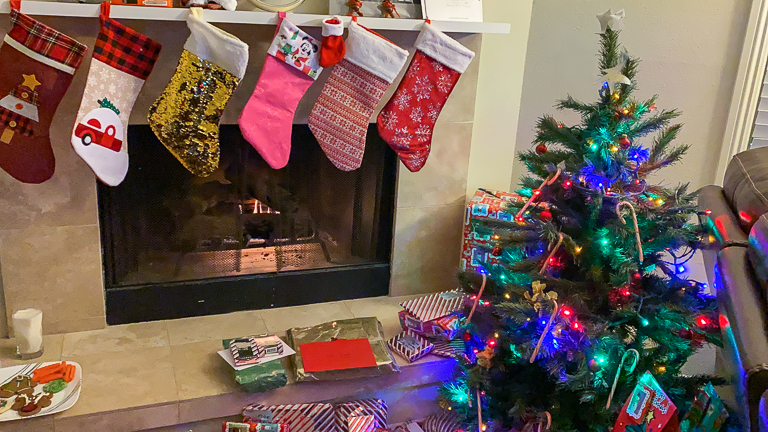 Ian - I think Santa would want a candy cane too.
He pulled one from our tree and gave it to Santa. 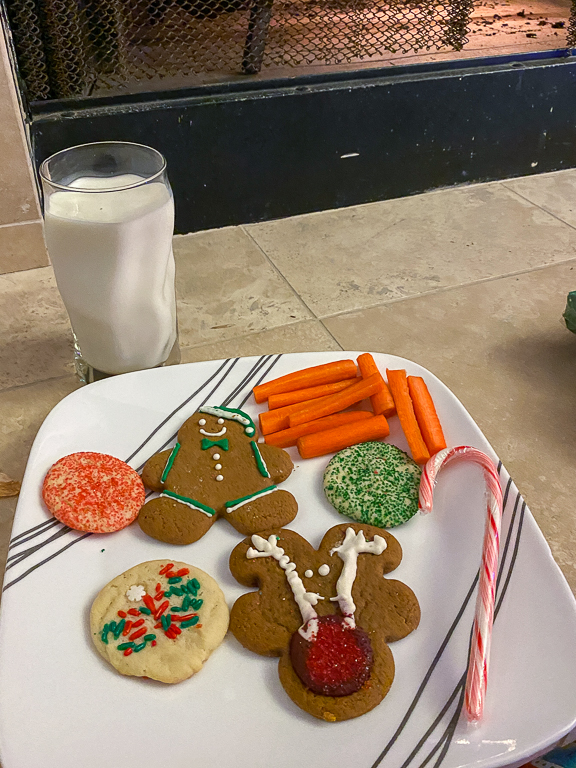 For some reason, the kids got it into their head that they should taste Santa's milk and sample his cookies. That sounds like Naughty Kid actions, but Ian insisted. 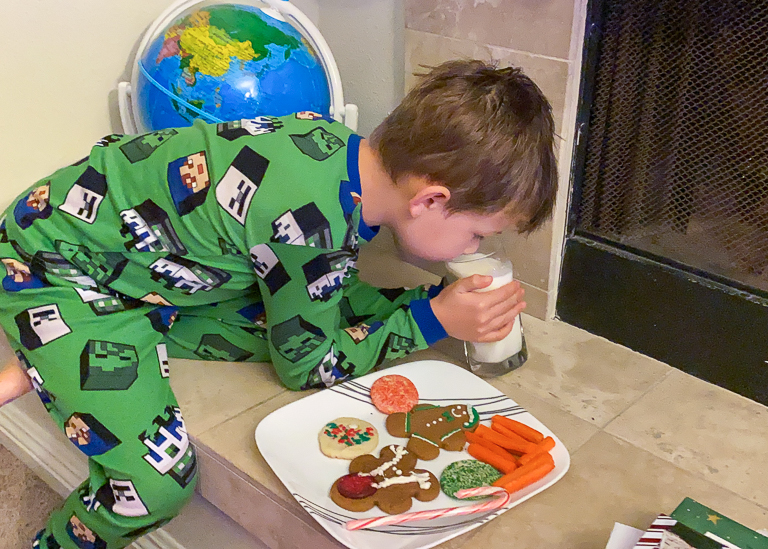 On the globe we located the North Pole and then where we were in California. That's a pretty long distance. Better get to sleep! 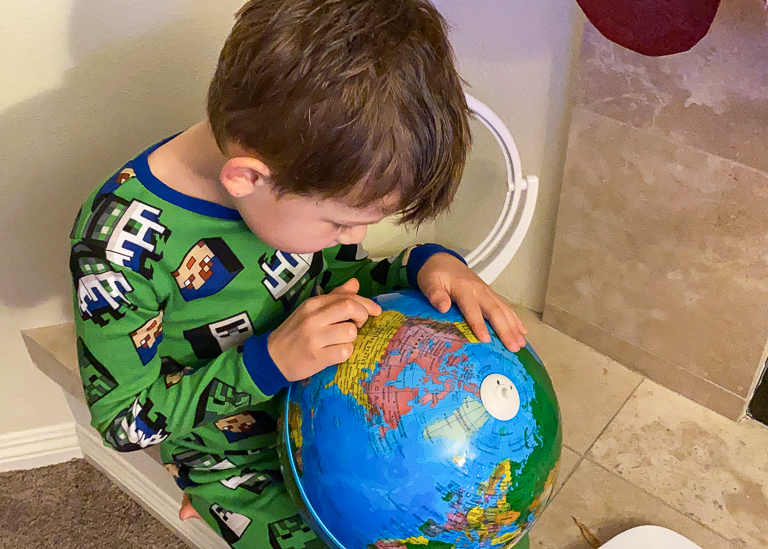 And a video of some of the highlights.