Certain days of the week we always have the same meals, and it's because we love it so much. Every Sunday is Pizza day and every Tuesday is Taco Tuesday! We love Taco Tuesday. Combine that with the Cinnamon Twists I picked up in May and it's like Taco Bell at our house every Tuesday.

When we were walking around the Dollar Tree before Ian's birthday, he got to pick 2 things as a present for a taste test. The first were these 8 Donald Duck Juices, and since he loves tacos so much, he wanted his second to be these Taco Bell Sunflower Seeds. 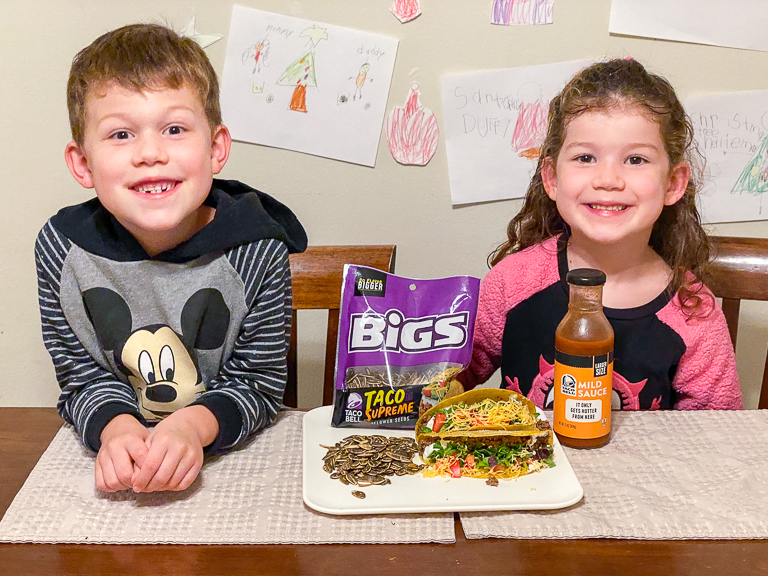 So what better night to try them on than Taco Tuesday. We'll make our own Taco Supreme tacos to taste along side them to compare! 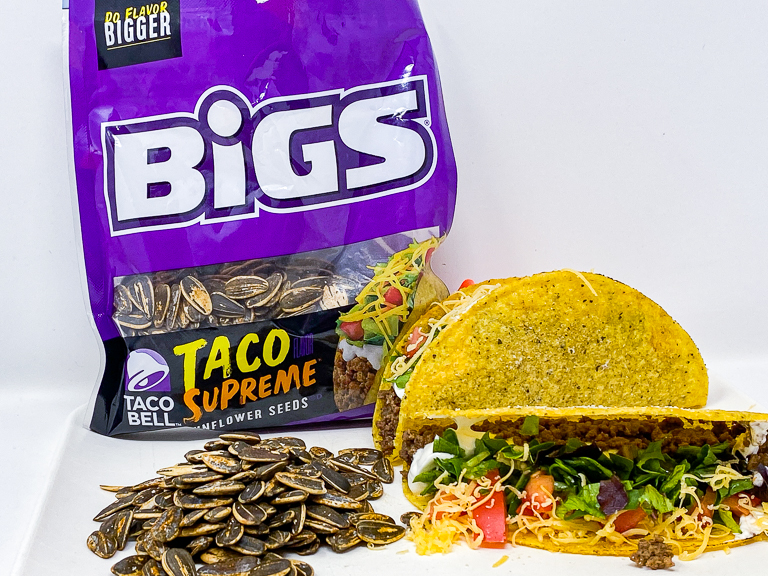 I'm going to give myself an A for how closely my taco resembles the taco on the package. 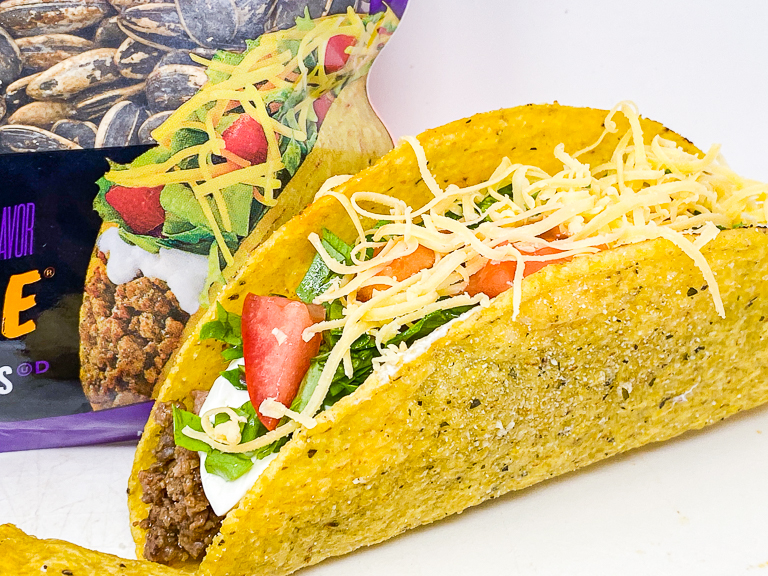 "Do Flavor Bigger. Huge Seeds. Double Flavored. In collaboration with the Taco Bell Taco Geniuses."
"Imagine a world where you can enjoy the big, bold flavor of Taco Bell® anytime, anywhere. Now stop imagining it, because your taco-loving dreams just came true. Introducing the new Taco Supreme® flavor sunflower seeds from BIGS®. Just crack open these flavorful seeds like you’re crunching into a crispy taco shell and let the Taco Bell® flavor you love hit your taste buds. Pinch yourself people. This is happening." 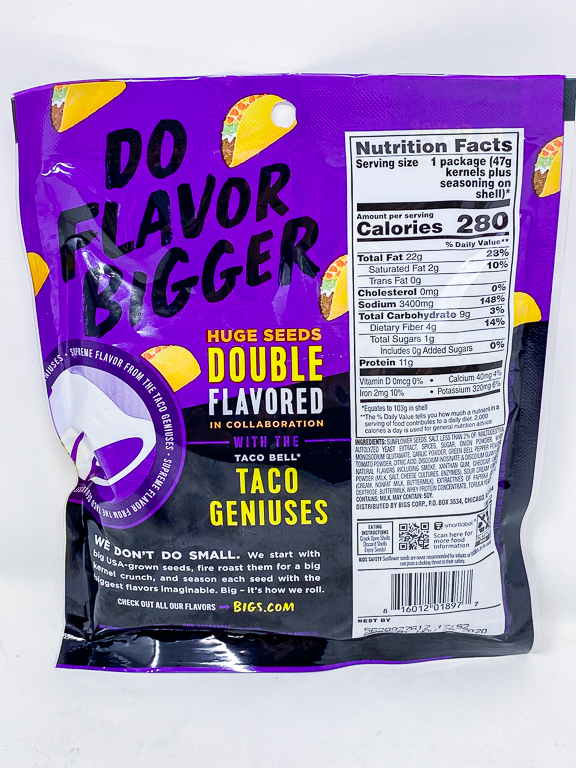 With all the rest of our meal prepped, let's give these sunflower seeds a try. 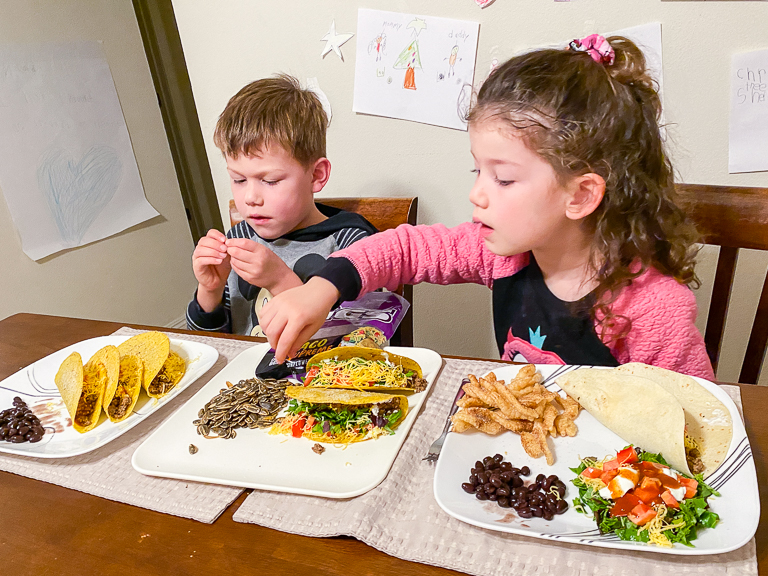 And then I realized that eating sunflower seeds is a skill that we haven't really practiced yet. Cracking the seeds with your teeth, extracting the seed, then spitting out the shell without getting a lot of spit on the plate... we'll have to work on that.
Theresa had the taco supreme tacos I made and requested that I make them exactly like that every single Taco Tuesday from now on. 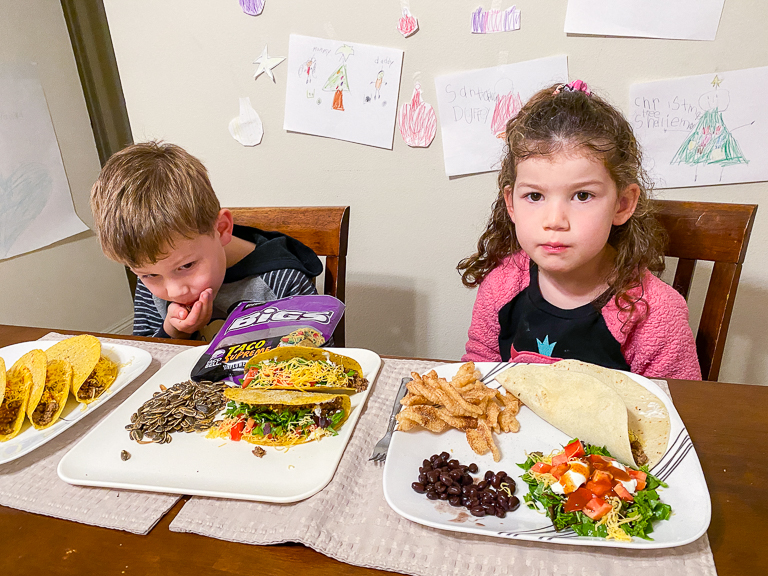 Grammy and Grandpa have had plenty of practice though, attending dozens of baseball games for their grandkids. 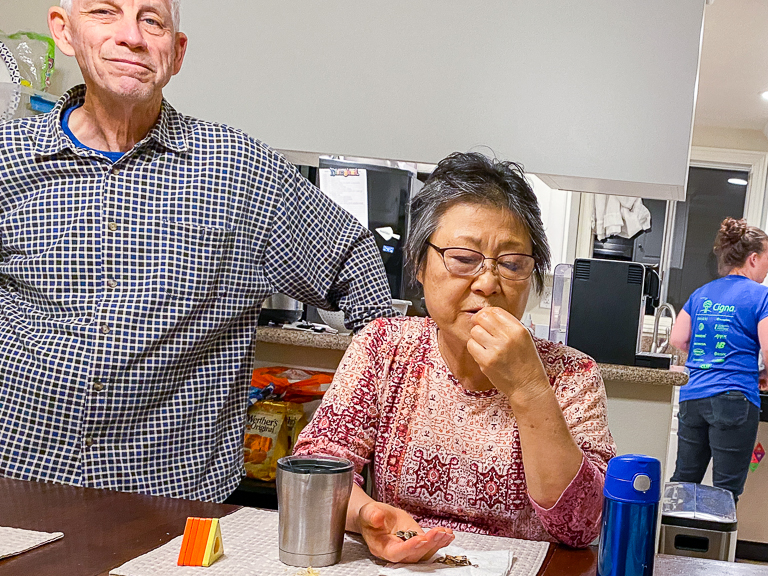 Despite the learning curve, we all thought the Bigs Taco Bell Taco Supreme Sunflower seeds were tasty. They are ridiculously salty, like most sunflower seeds are. Once you get over that, it does taste like the Taco meat seasoning. I see from the ingredient list that they've also included Cheddar Cheese powder and Sour Cream powder, but they're not a strong flavor. It still tastes like tacos though, and that's a good thing. 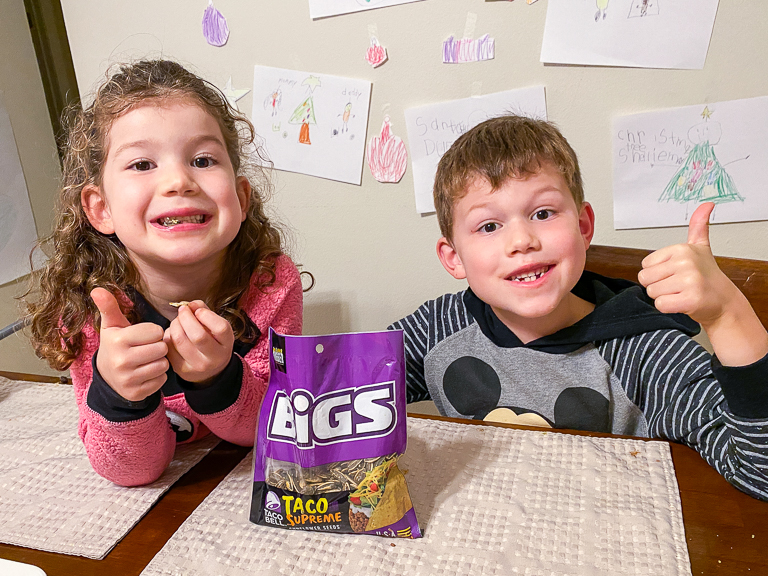 Alli, what did you do?
Alli - Sucked all the powder off the seeds.
And just spitting out the whole thing without cracking the seeds apparently. She said they have really good flavor. Like a great taco. 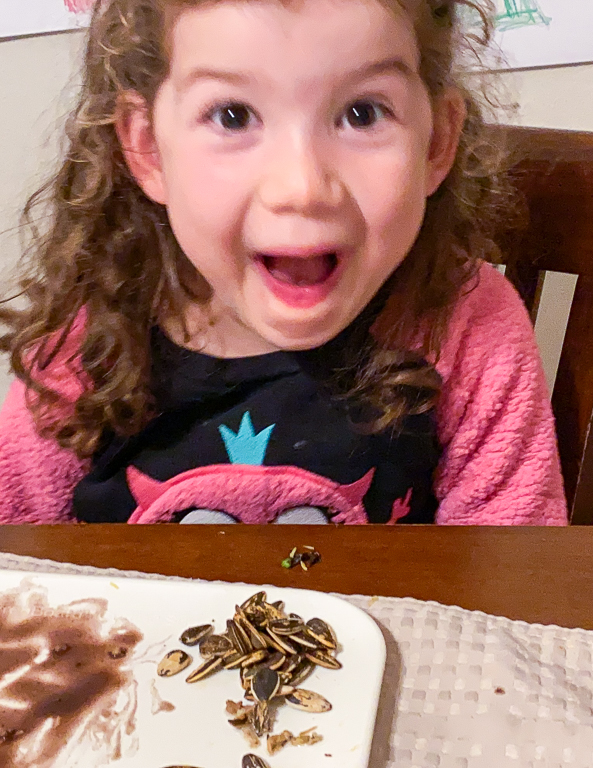