Christmas is a time to do things together as a family. Since we're all hanging out at the house we're going to be able to see a lot more Christmas movies than we might normally. And the kids will inevitably ask for popcorn to go along with their movie. Here Grammy is making it fresh on the stovetop.
Chi told us about her very first date with Richard. Richard showed up in a bowling shirt and purple pants and together they went to see a movie. Richard went to the concession stand and came back with two large bags of popcorn. When Chi said she didn't think she could eat all that, Richard said he would.
And it's been the same ever since. Richard loves popcorn and has it almost every day. 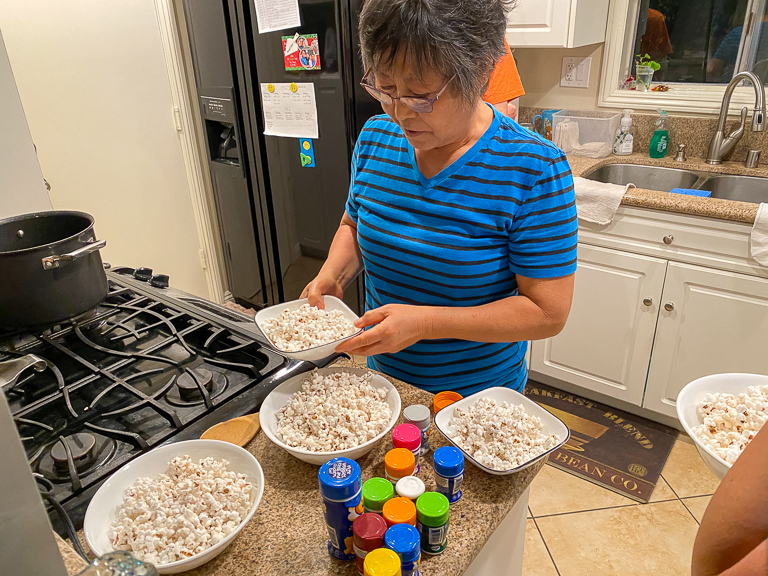 When it's chilly, hot chocolate is a special treat too. I make it by heating up milk, and then melting enough chocolate chips in it to get chocolatey. 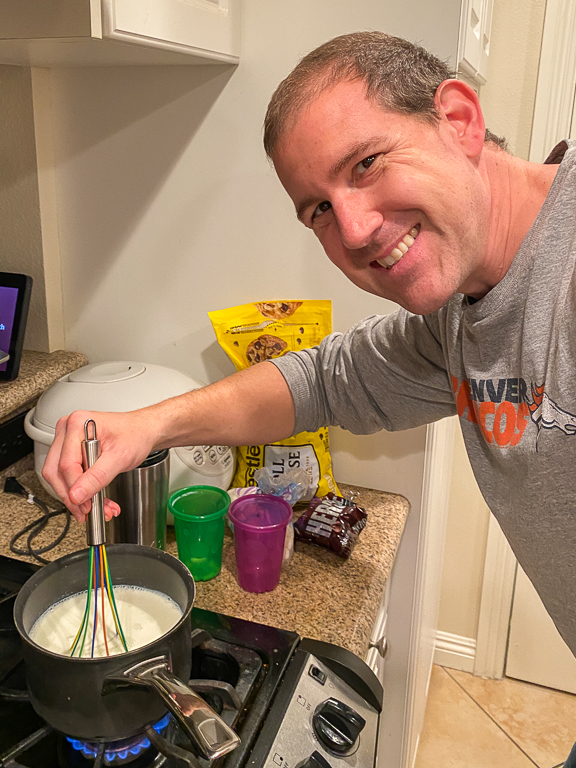 Add in marshmallows and you're good to go! 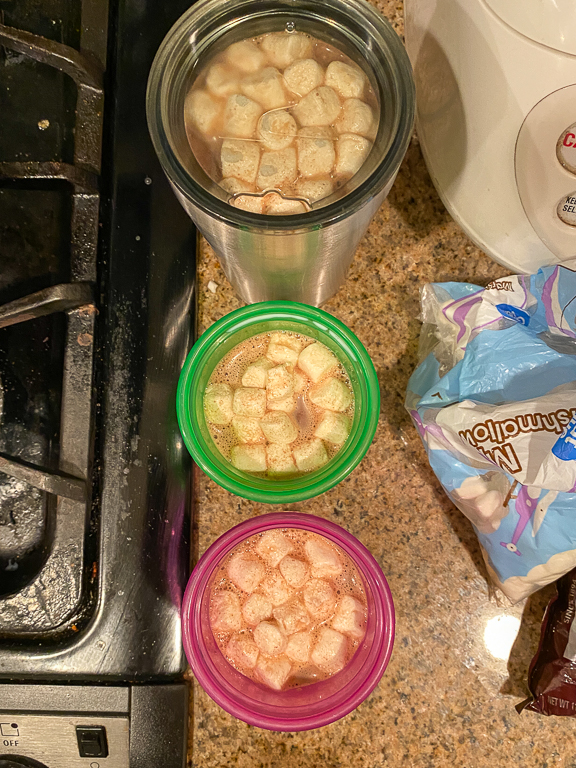 Christmas cookies are also good to have during Christmas movies. This set of matching gingerbread girl and boy that Theresa made is adorable. 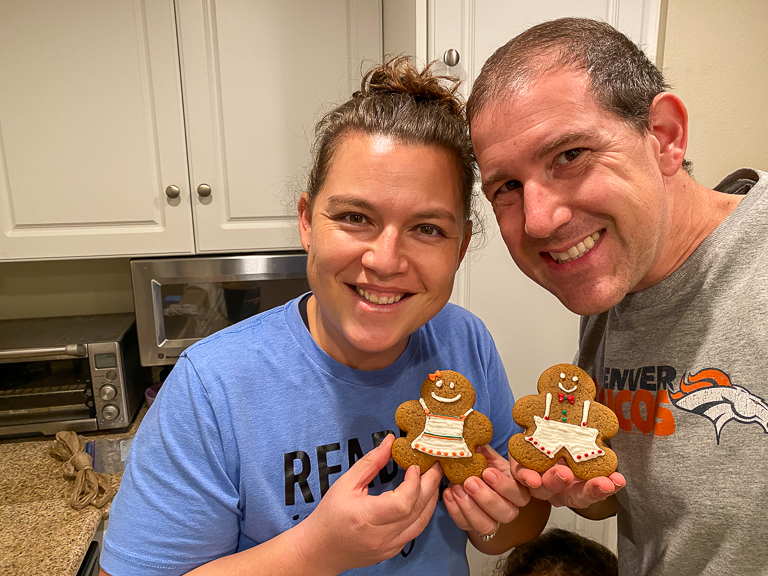 Going swimming in a bowl of popcorn. 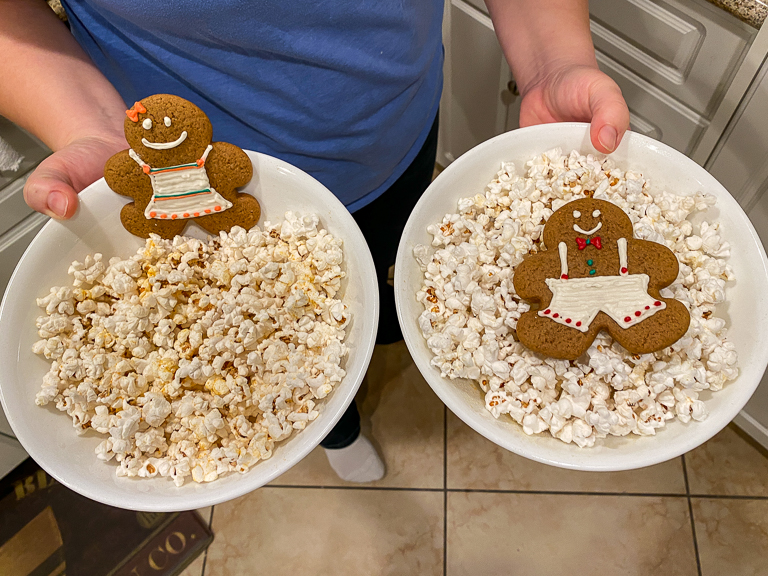 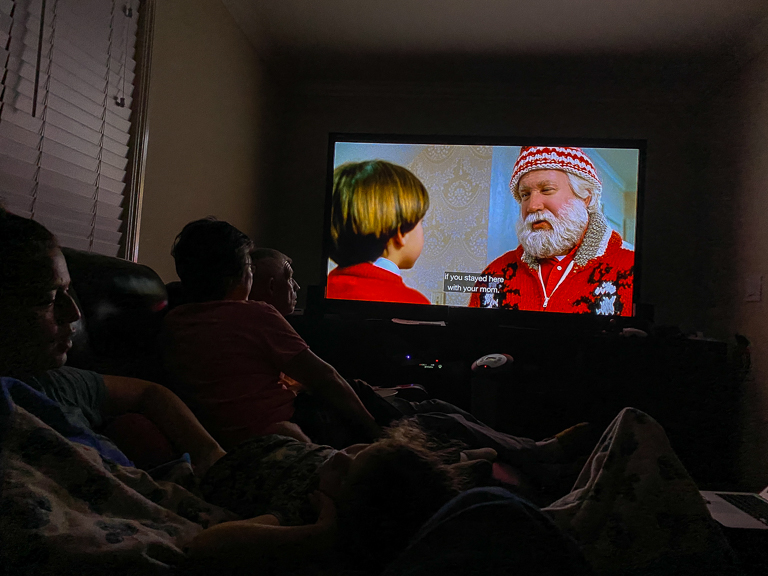 Home Alone and Home Alone 2 are classics. The kids loved all the crazy traps that Kevin set up in the house, and seeing the robbers get beat up in this slap-stick comedy. 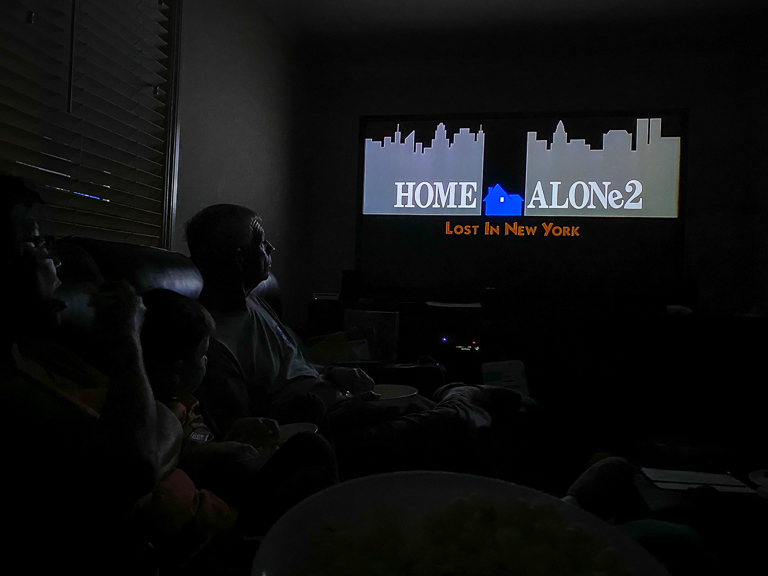 I remember watching a Garfield Christmas Special when I was little. The songs from it went into our nightly singing rotation for a while. They like Garfield's sense of humor. 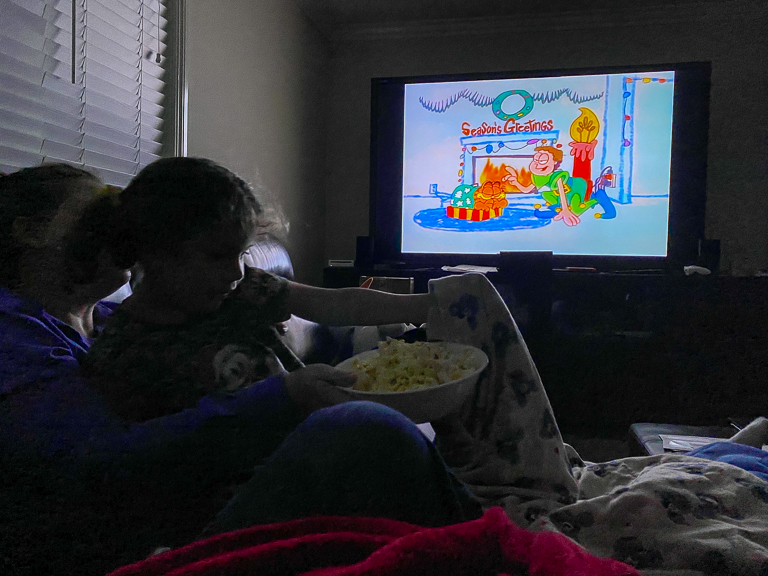 Elf is just a fun new classic. We've seen it a dozen times at least. 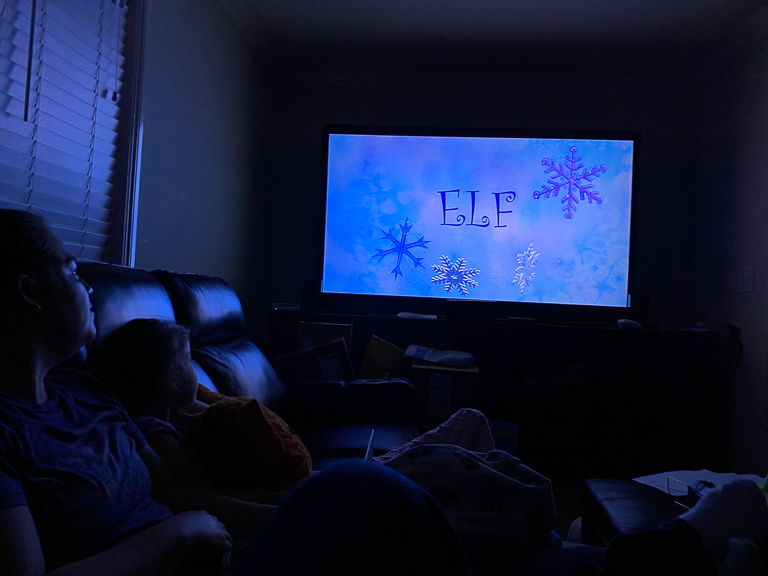 It's great seeing the kids enjoy the movies that we've grown up loving. And it's nice getting cozy all under a blanket together. 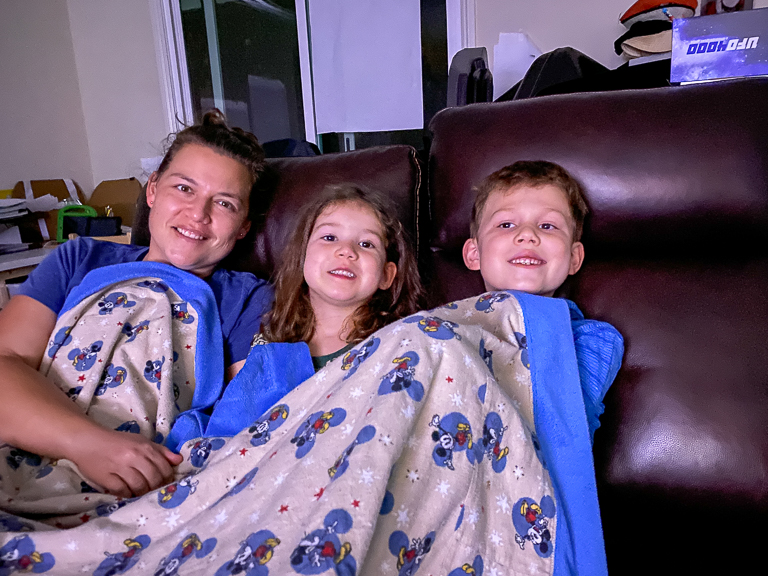 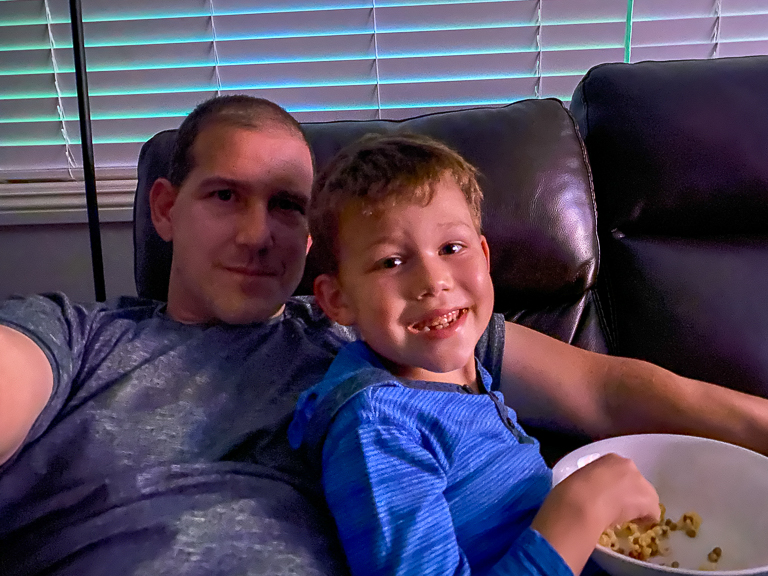 There were some Christmas special episodes from different shows we liked too. Things like Milo Murphy's Law. 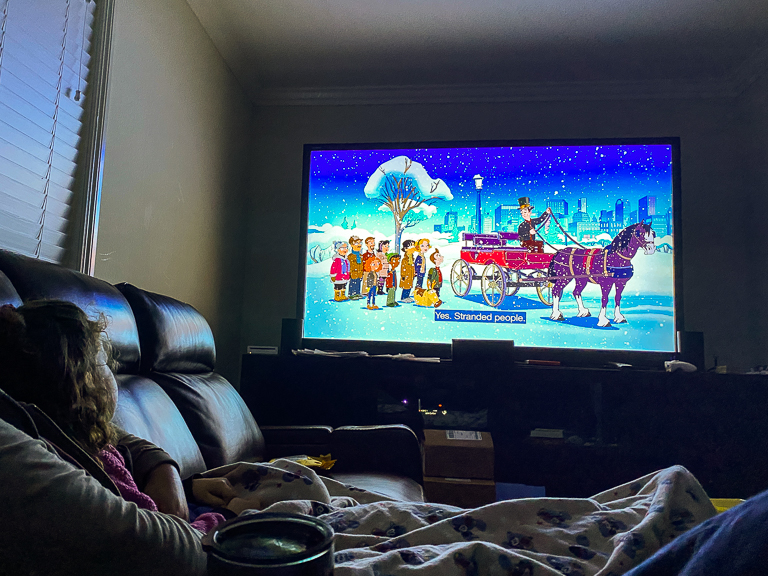 A Chipmunk Christmas, with lots of classic Chipmunk songs. 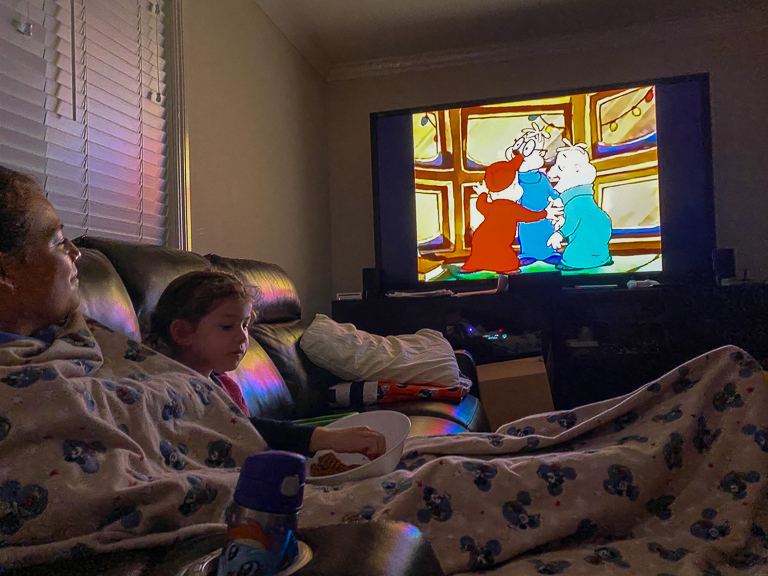 You've got to have Phineas and Ferb! They go overboard on everything and we love them for it! Through her school, Alli got a special ticket to board the Polar Express. 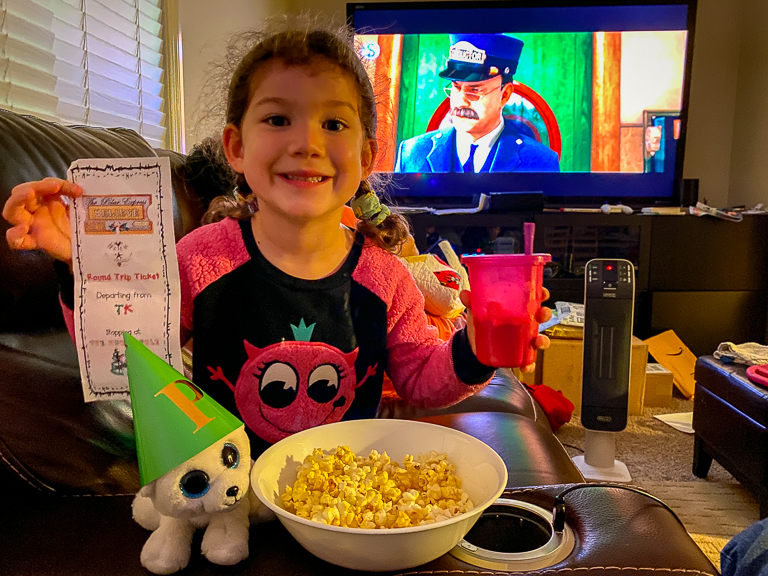 For the Hot Chocolate scene on the train, of course we had our own hot chocolate to enjoy. The animation still creeps me out though. 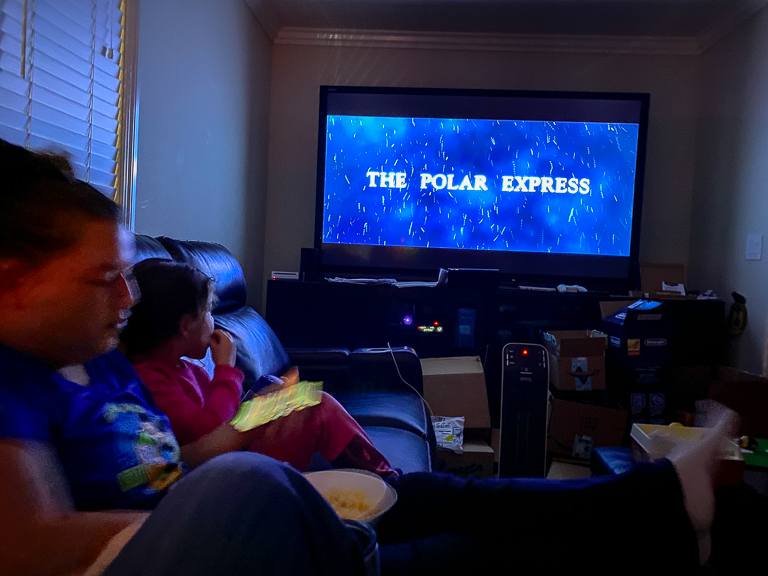 Chi and Richard joined us on many of the nights, laughing along with us, and enjoying the classics. 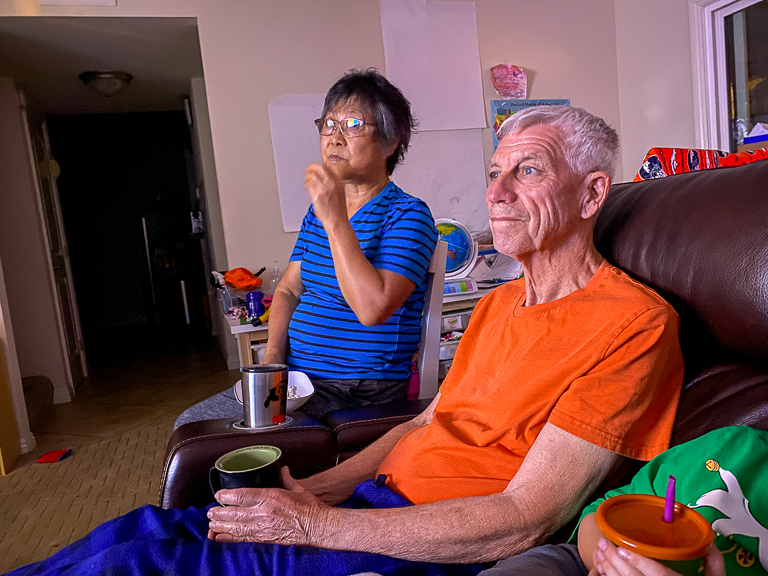 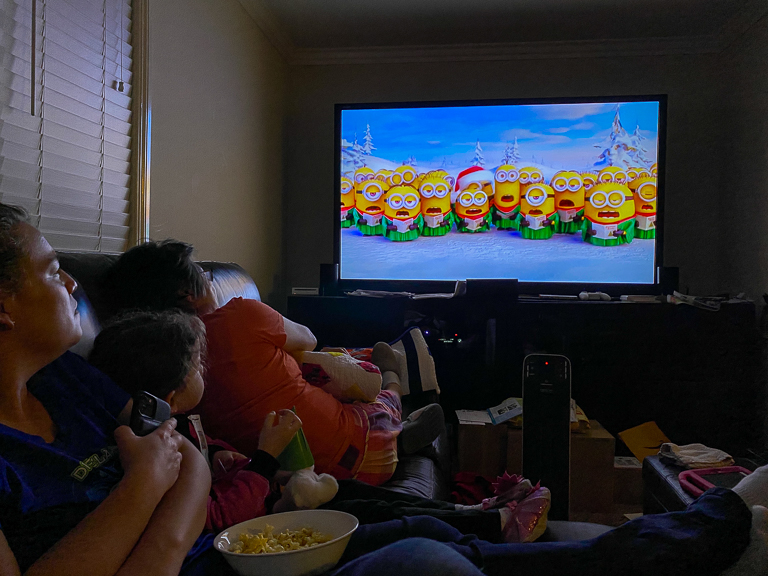 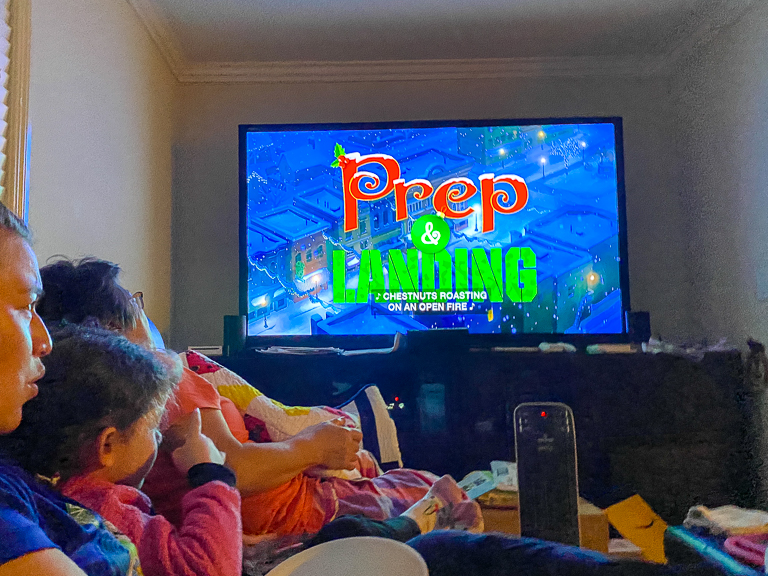 Rudolph the Red-Nosed Reindeer brought us great songs like "We're a Couple of Misfits", though I prefer the Bowling For Soup cover of that song. 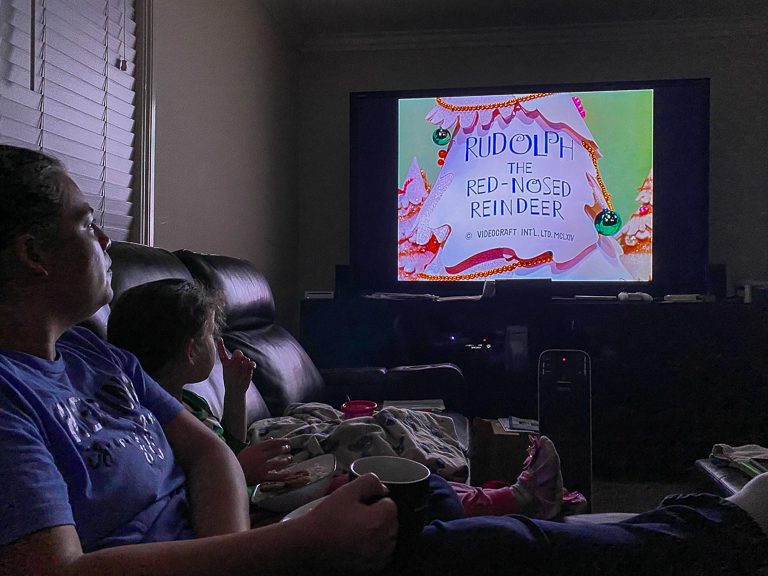 Alli's favorite line is when Sam the Snowman is shielding his eyes and hiding from his memory of the Bumble. "Ooh! Tell me when it's over!" It was fun to find a house decorated in our neighborhood with both Sam the Snowman and the Bumble. 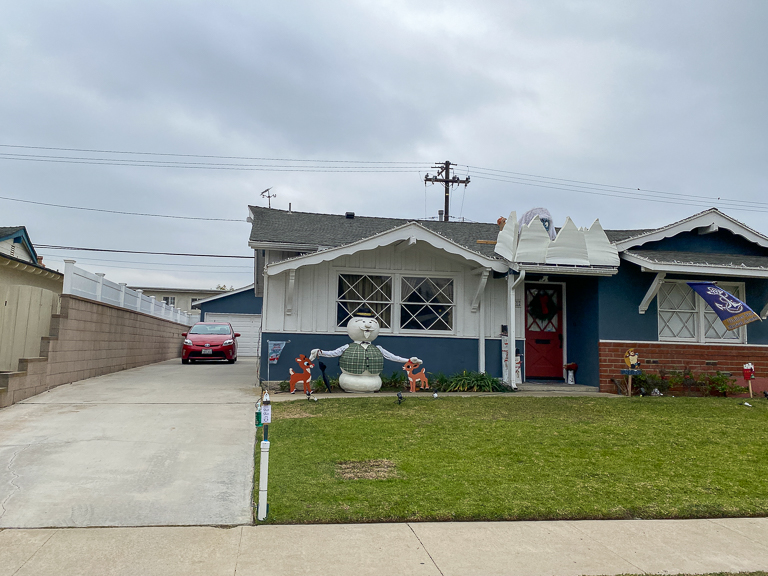 Lots and lots of movies. 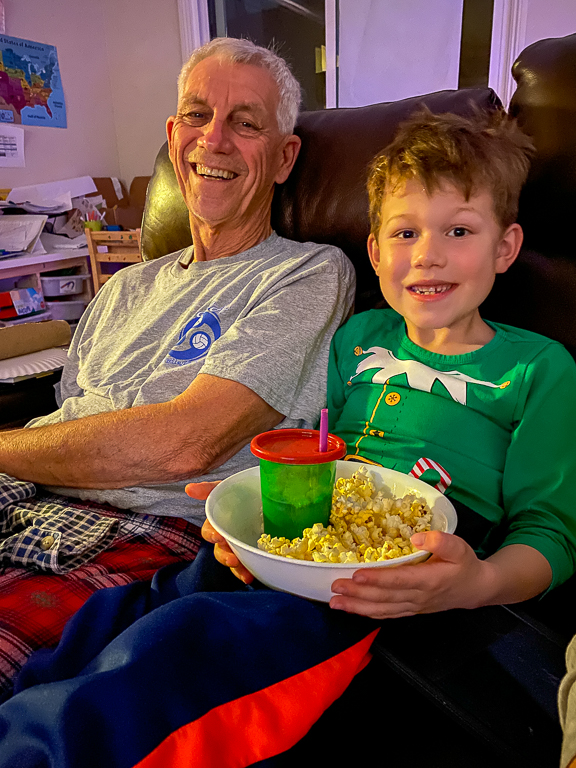 Some easier to find than others. Surprisingly Youtube was a great resource for finding things that weren't on regular streaming platforms. 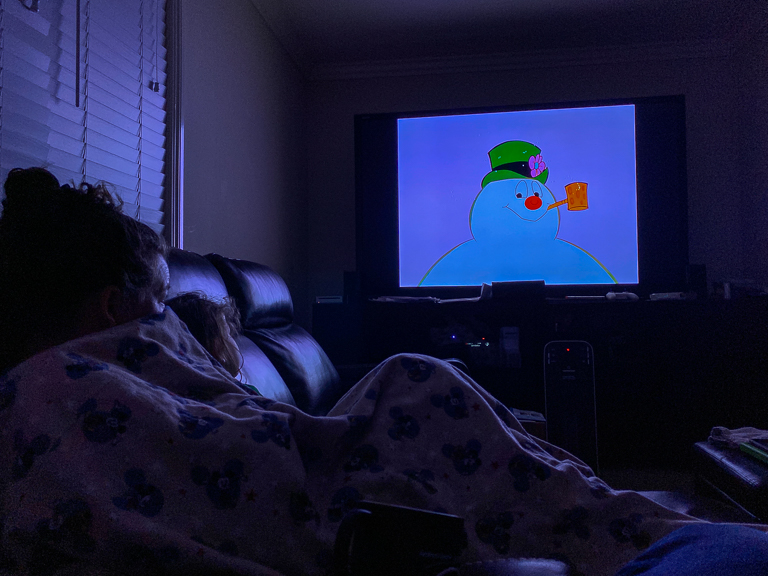 More movies that I loved growing up. A Muppet Family Christmas, where creatures from The Muppets, Sesame Street, Fraggle Rock, and even Muppet Babies. I love the songs from this one. 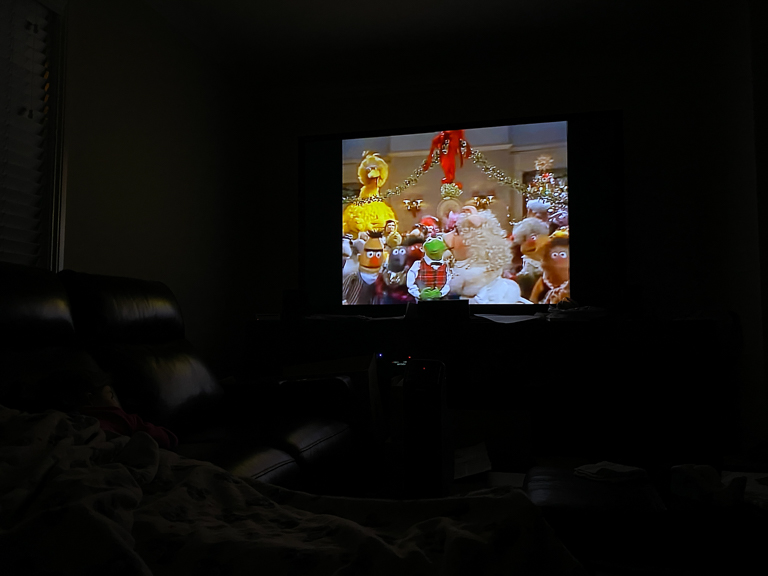 And since we're watching the Muppets, why not John Denver and the Muppets: A Christmas Together. 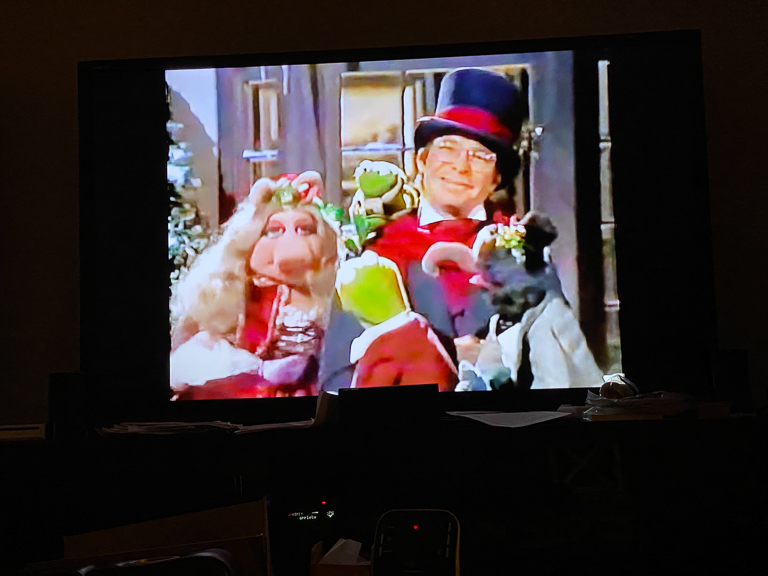 So our Christmas List of movies we've watched so far in 2020 is:

And after the kids went to bed...

Are there any movies or tv episodes that you have to watch every Holiday Season?