A something-flavored something else? Sounds like our kind of taste test!

Ha! Well in this case, it's a Gushers-flavored yogurt. 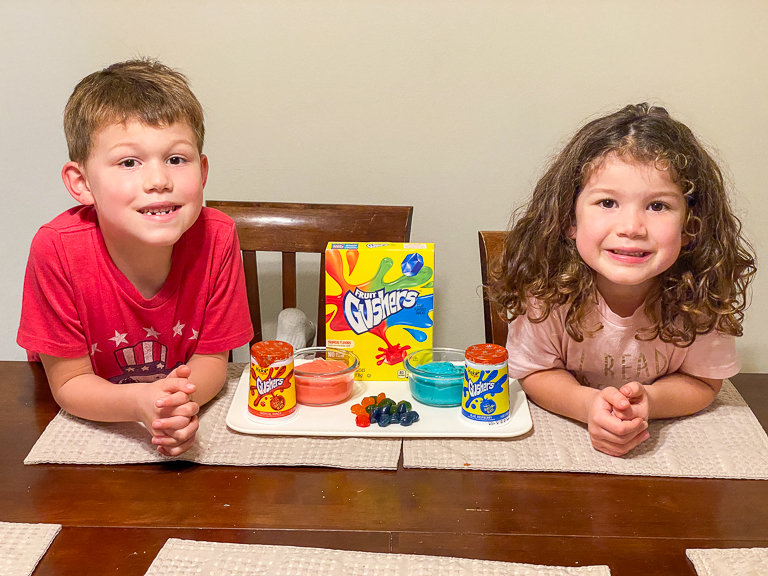 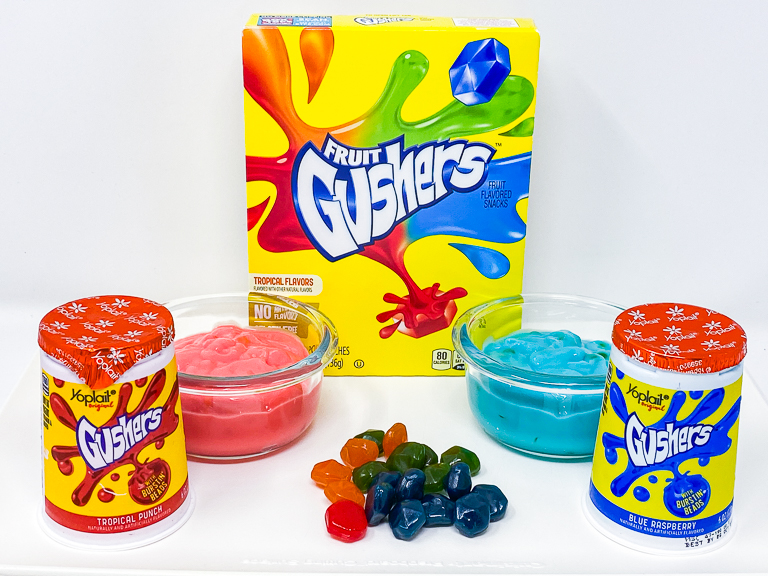 You know Gushers fruit chews, right? They've got a gooey liquid inside a chewy candy, so the burstin beads in the yogurt are meant to imitate that. 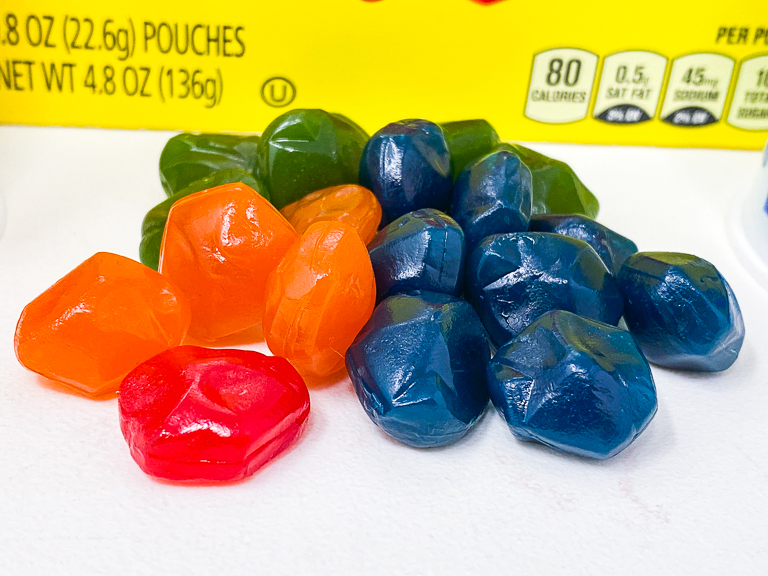 The Tropical Punch is pretty bright red with those bursting beads throughout. 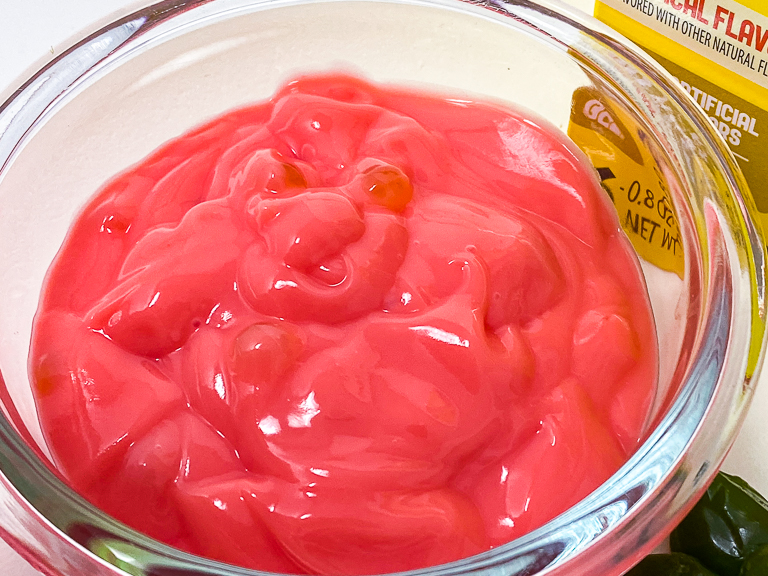 And the bright blue Blue Raspberry has those bursting beads too. 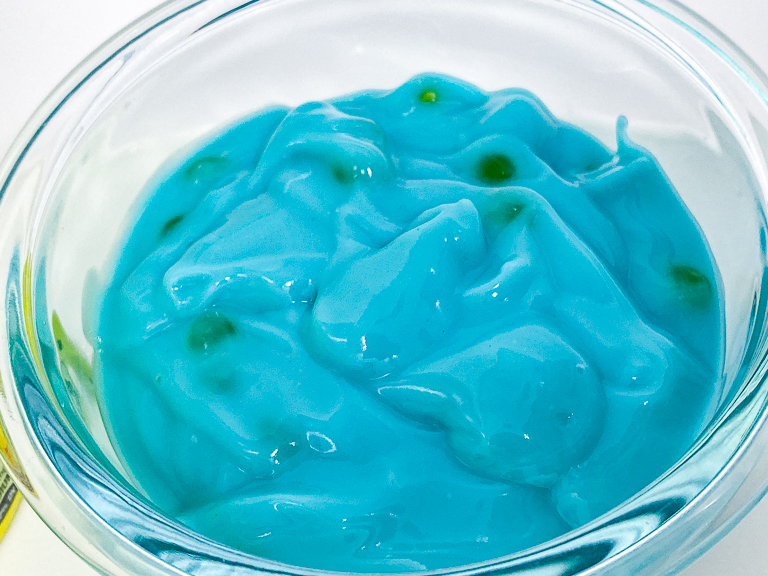 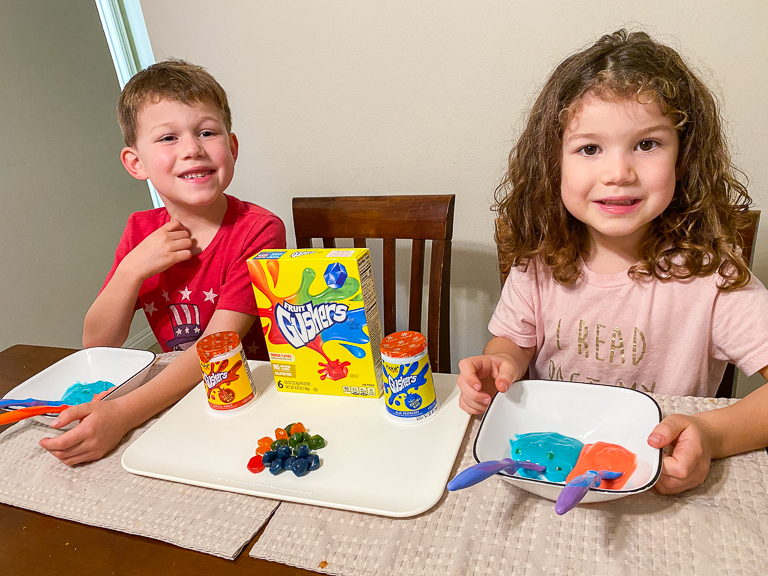 The kids dug into the yogurt first. The Blue Raspberry was just alright, not great. I'm not a fan of fruit punch flavor, so the Tropical Punch flavor was not for me. The kids liked both of them. 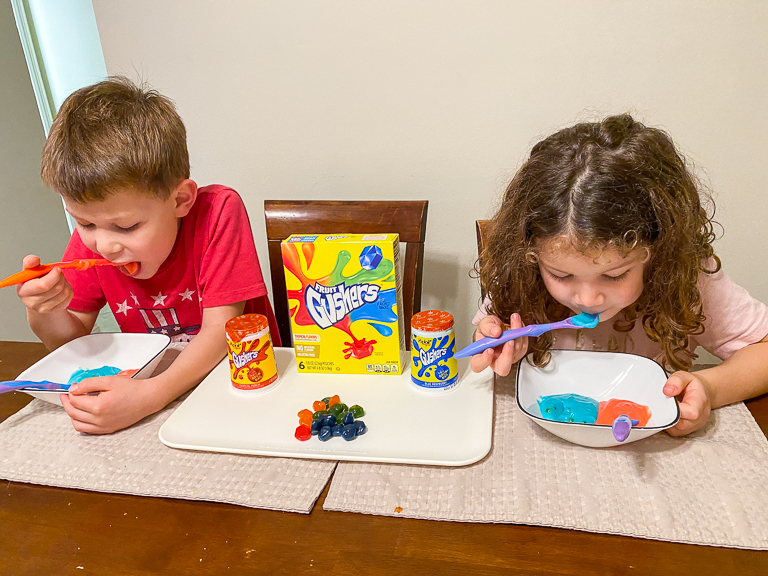 And then they started getting curious. What color does the yogurt turn when you mix blue and red together? 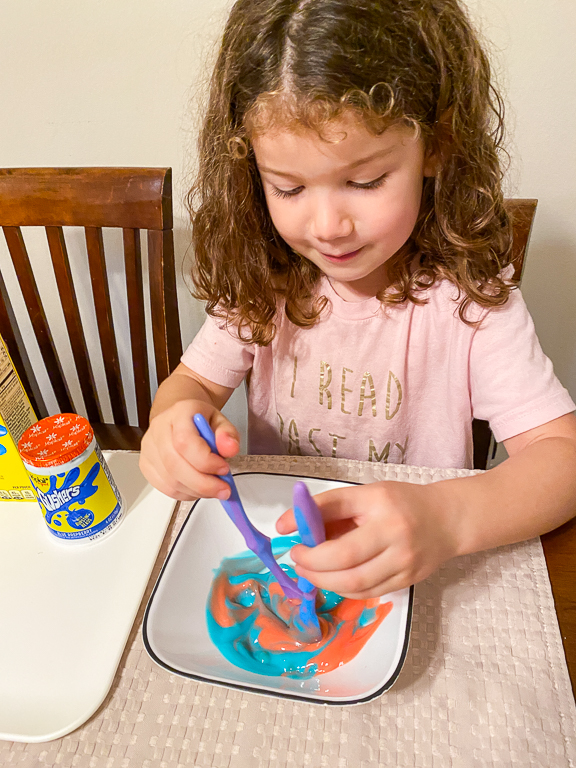 Purple maybe? Though Alli correctly said it looks more like a gray than purple. 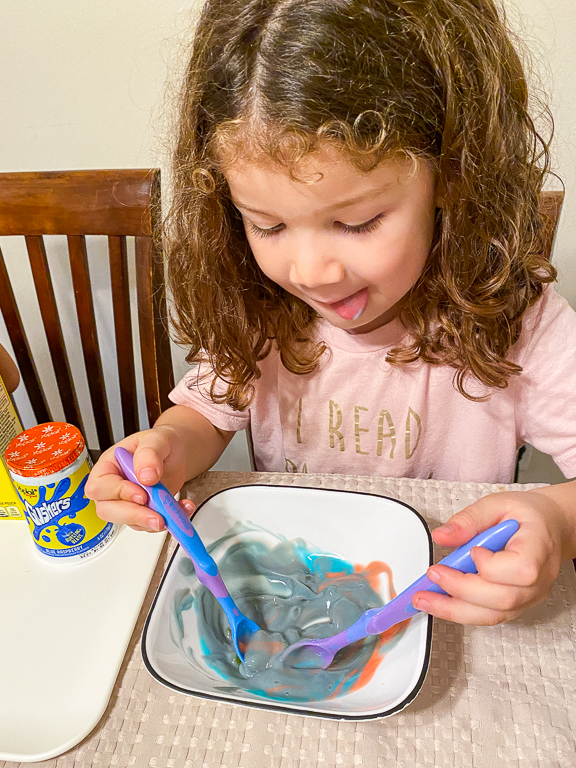 And what about those Burstin Beads. What's going on with them? 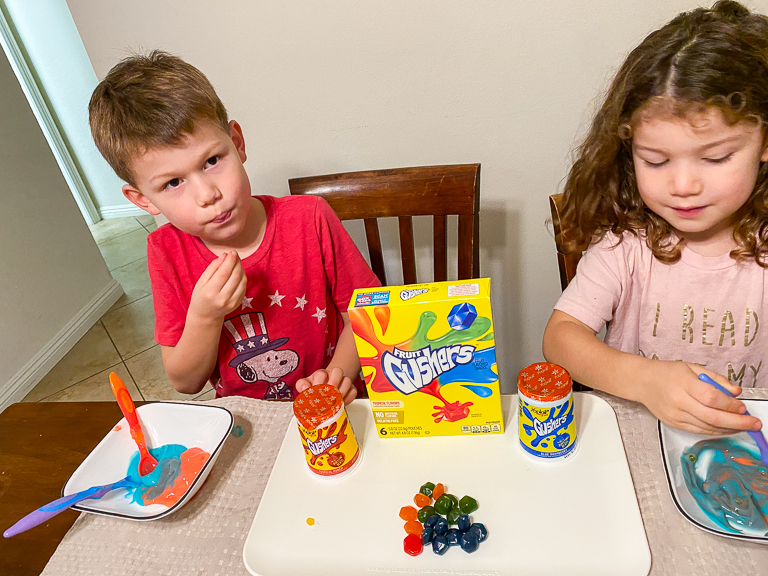 Even though the ingredients on the package are the exact same for the "Flavor Beads", they seem to have taken on some of the color of the yogurt. Taste-wise, they're both the same. And according to the ingredient list, filled with a passion fruit juice flavor.
We were also curious about the juice inside a Gusher candy. There's only a couple drops in each one. It reminds me of when the youtube channel The King of Random extracted the juice from 1000 Gushers and they got about half a cup full. 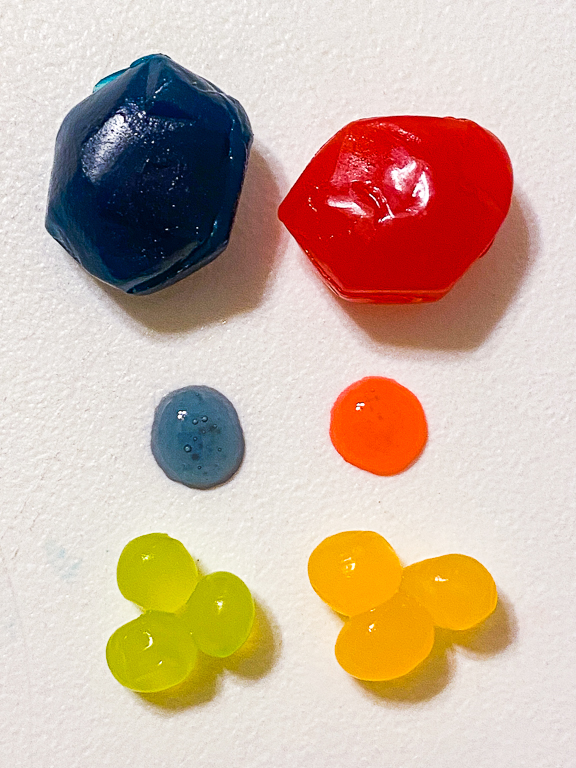 Alli using pieces from multiple Gushers and making a "little man" with a red hat. 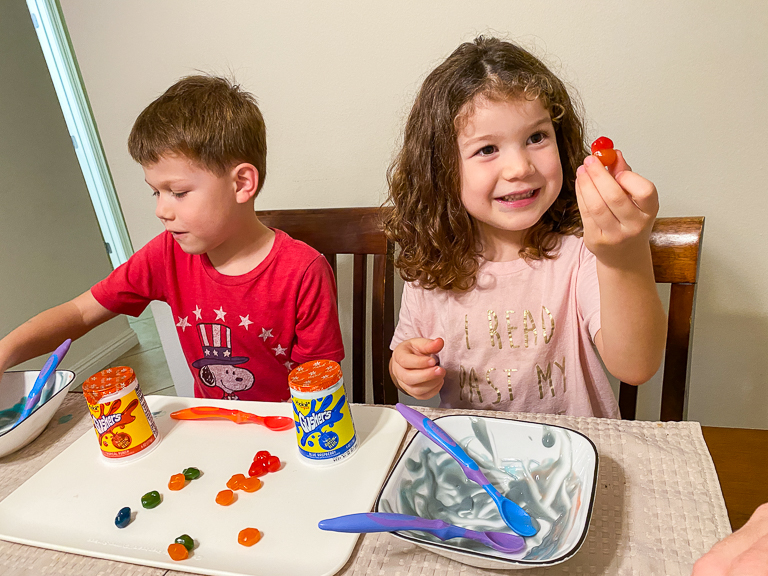 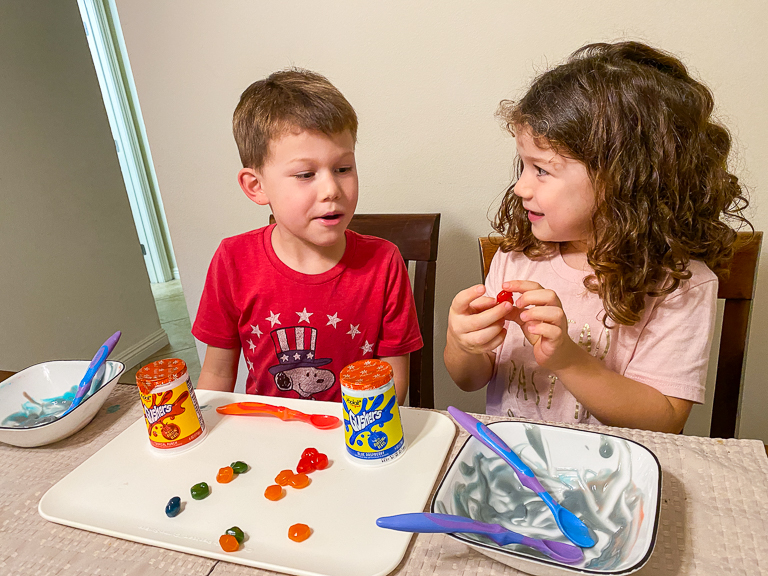 The kids enjoyed the yogurt taste test. When asked which yogurt their favorite was, they said it was best mixed together. I didn't find it particularly good, so I won't be looking for it again, but I was happy to give it a try. 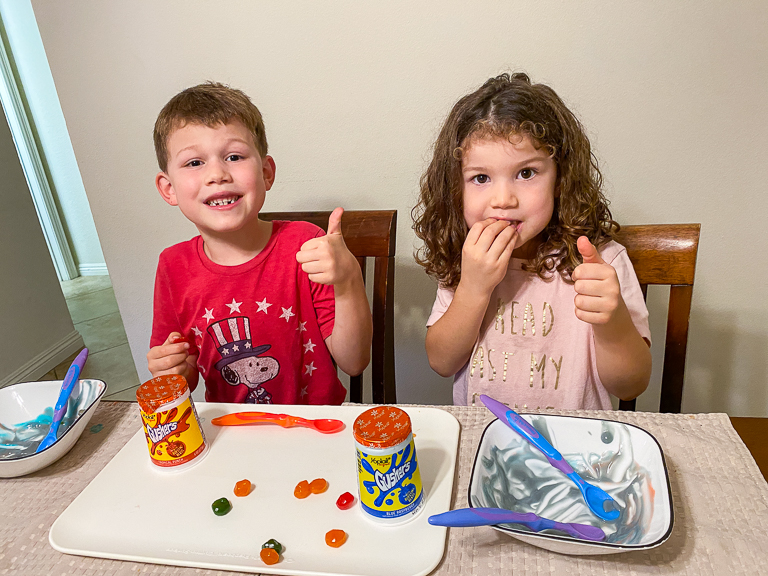