Time for another cereal taste test! This time it's holiday cereal in the form of one of our favorite Christmas movies. Elf!
Buddy the Elf is just so full of Christmas cheer. The kids had some laugh-out-loud moments while we watched the movie. When I saw the cereal at Target, I had to get it. 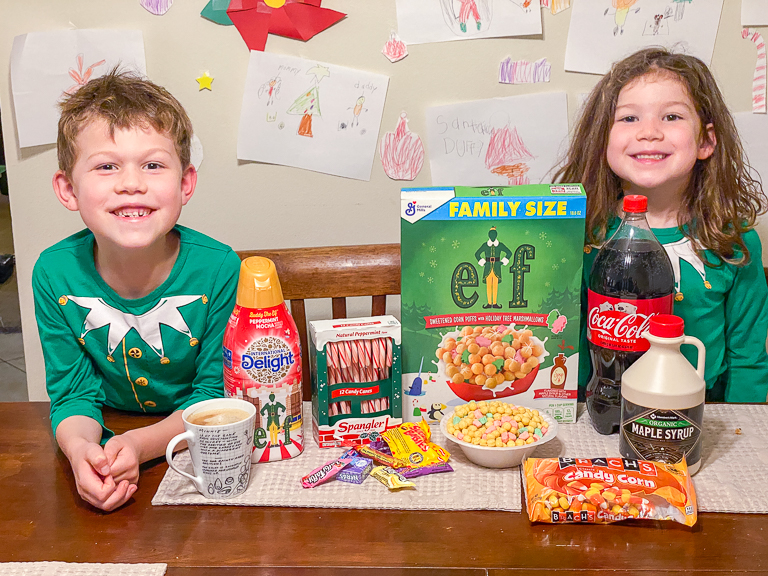 As you might expect, because elves love syrup, this cereal is flavored with Maple Syrup. There's Christmas Tree marshmallows in both pink and green. I like the artwork as well on the box. It's bright green and includes Mr. Narwhal and the Arctic Puffin. 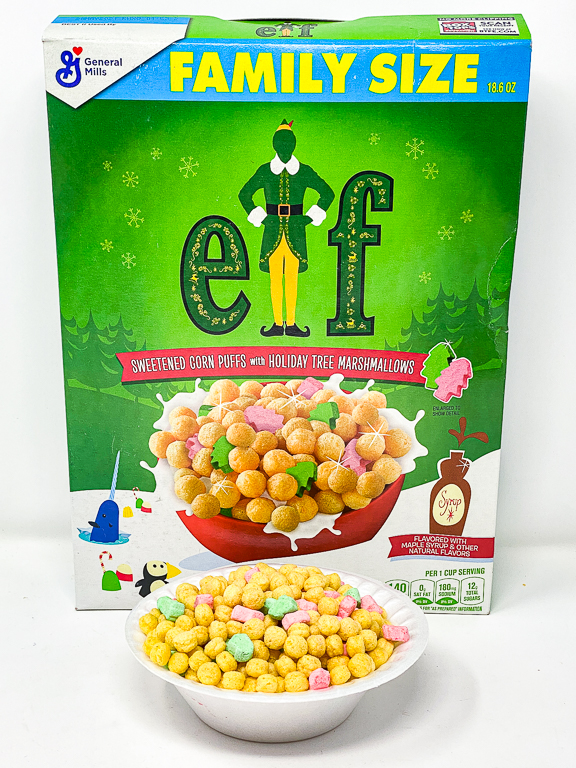 And because Buddy always goes just a little overboard, we figured we'd incorporate the 4 main food groups for elves into our taste test. 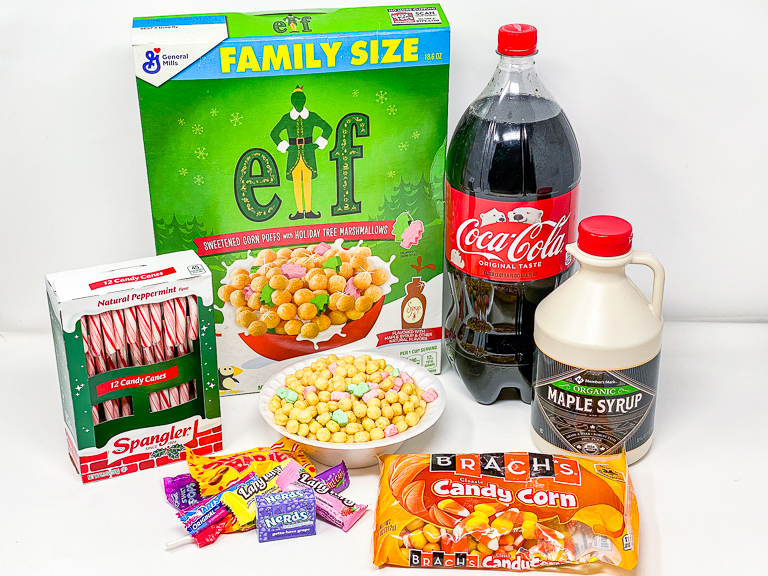 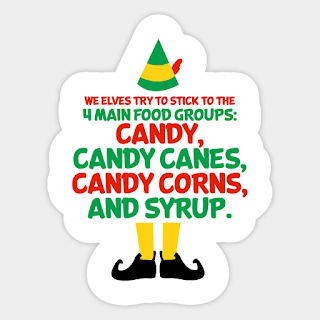 On the back of the box, Buddy is giving us all ideas for ways to increase Christmas Spirit.
You could: Lend a Helping Hand, Share Some Sweet Treats, Sing Loud For All To Hear, Deck the Halls, and Send Santa a Surprise. I was thinking maybe we'd get to see Jovie (Buddy's eventual wife) on the box in her pink elf outfit, but no luck there. I do see a picture of syrup being poured on spaghetti. 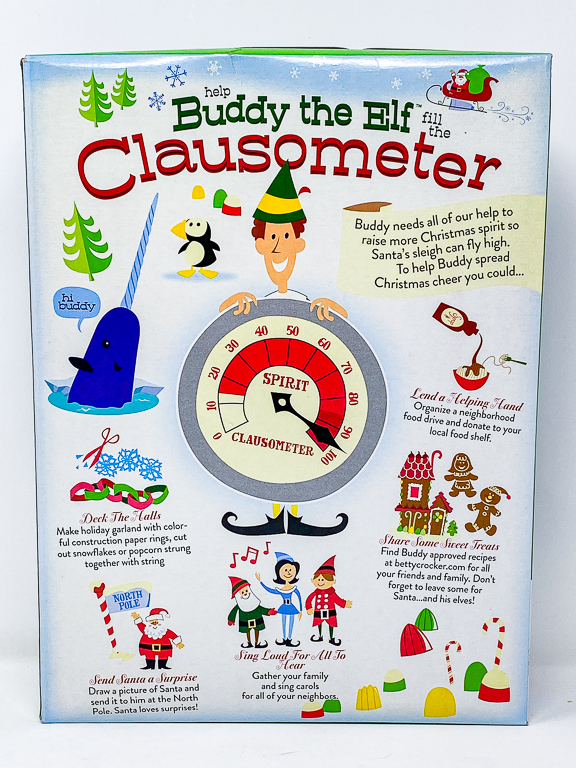 Can't leave out the side of the box in this case, as it has the raccoon that attacked Buddy shortly after he walked through the Candy Cane forest. 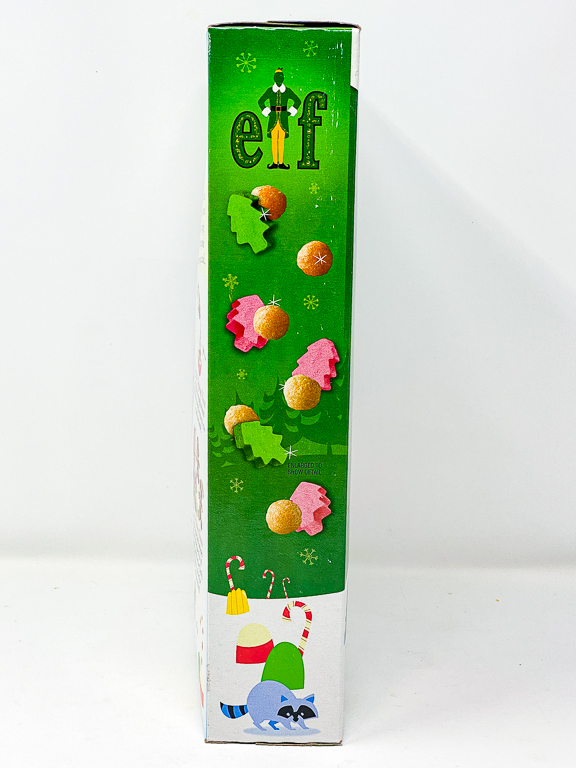 The cereal itself reminds me of Kix. It's a sweetened corn puff that is roughly the same shape and size. 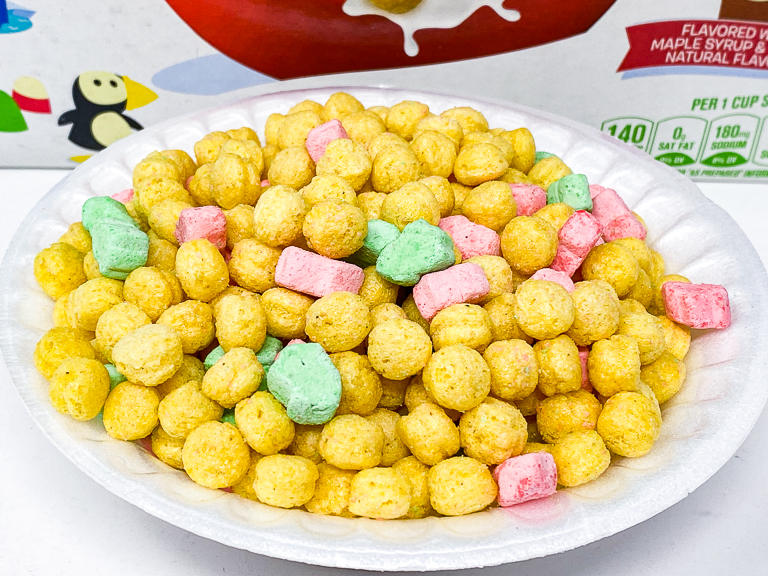 There's our little elves. Nice drawings guys! I can see that's definitely Buddy and Jovie. Those will be earning a place on our Wall of Christmas Cheer. 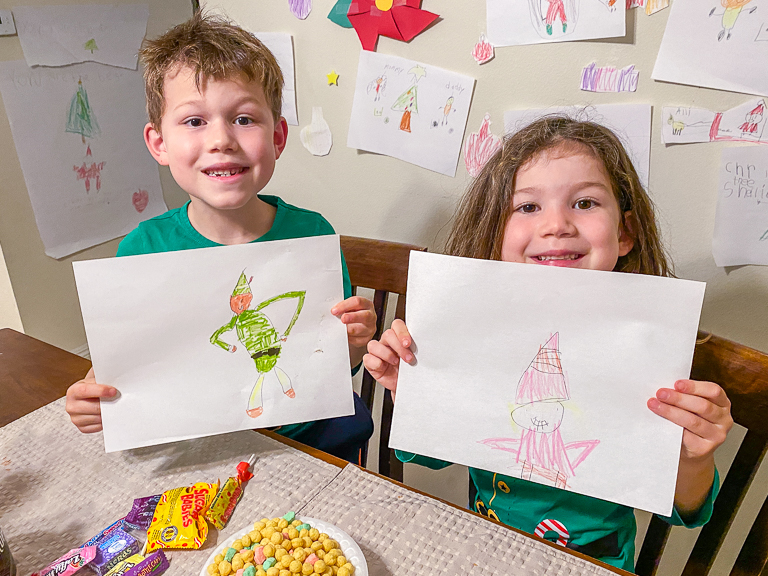 Now it's time to taste the cereal! It has the smell of maple syrup, but not overly strong. 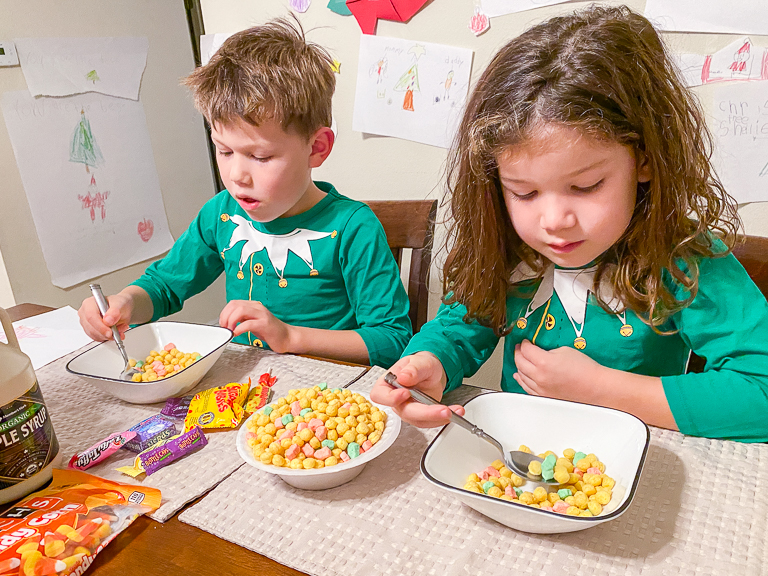 Ian - My cereal needs some syrup!
Ha! Just wait a second buddy, we'll get there. 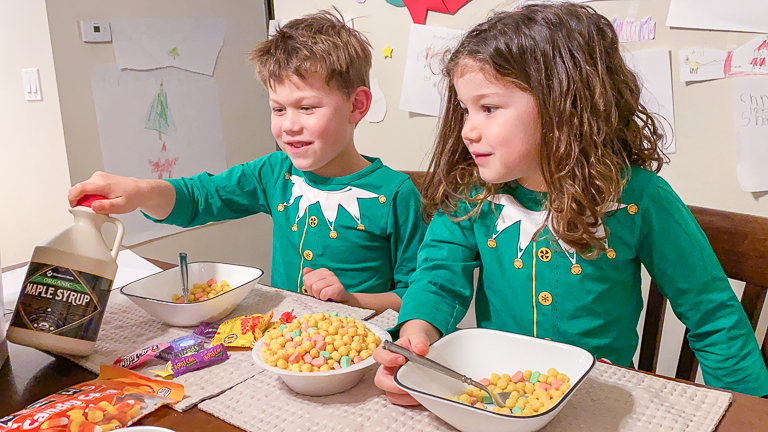 For the cereal, Alli isn't the biggest fan. Ian likes it, but thinks it could be better. 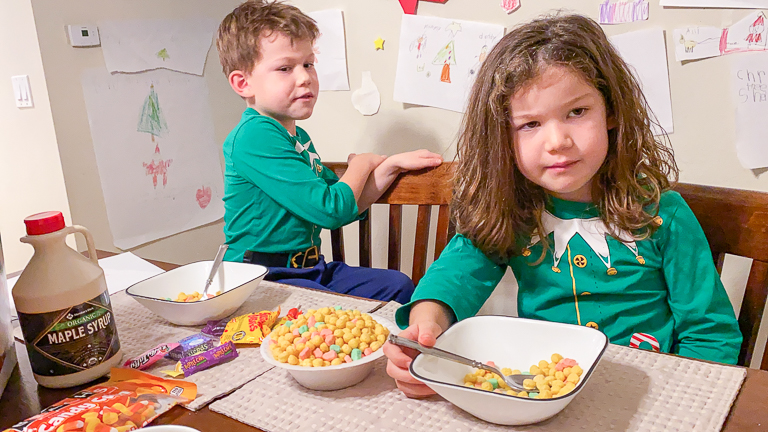 Theresa didn't really participate in cereal taste test, but did decide to have some coffee. Theresa, you look like Buddy when he tried coffee. 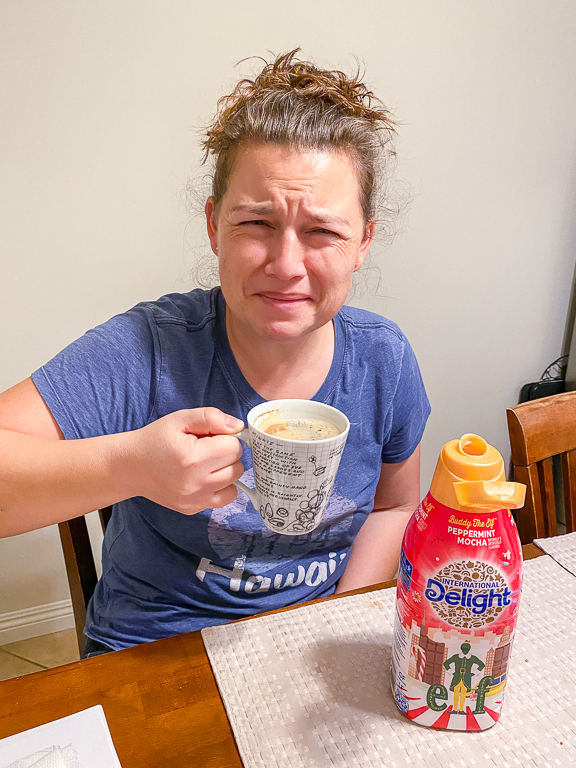 Eww, bitter. You could add syrup like Buddy does, or...

You could add the new Buddy the Elf Peppermint Mocha creamer from International Delight! 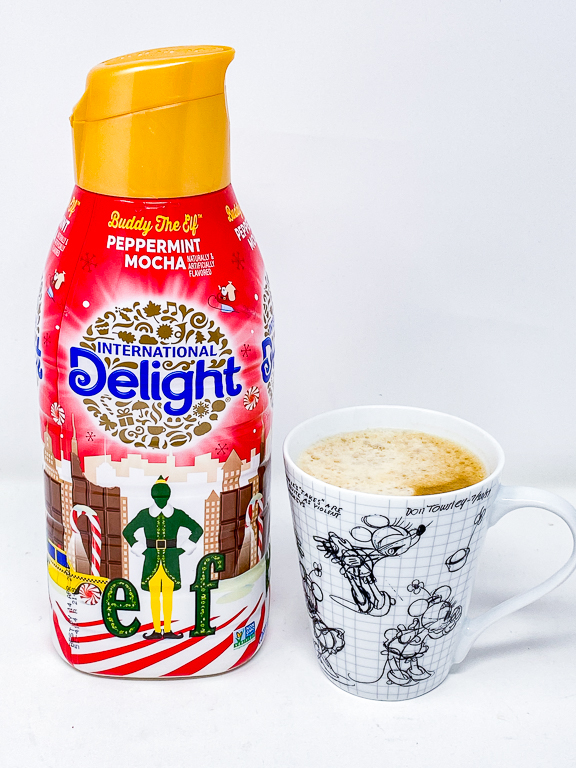 Then you could turn it into the World's Best Cup of Coffee! 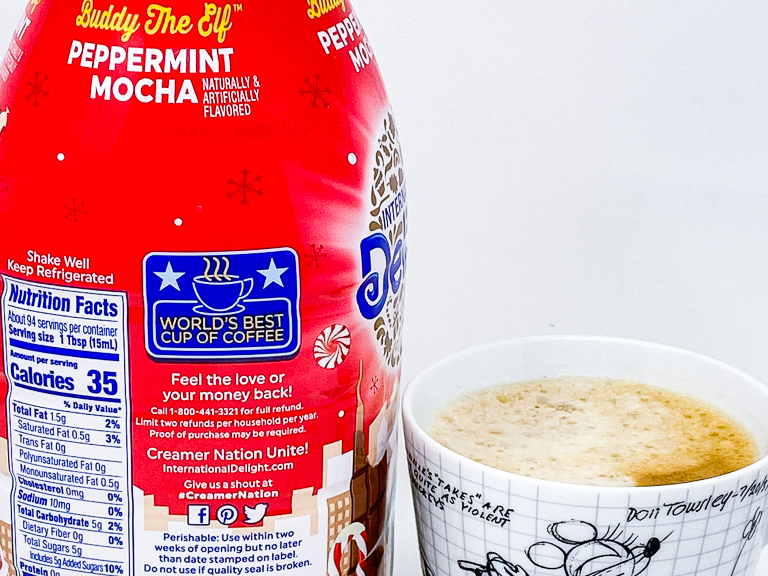 Give it a try Theresa! 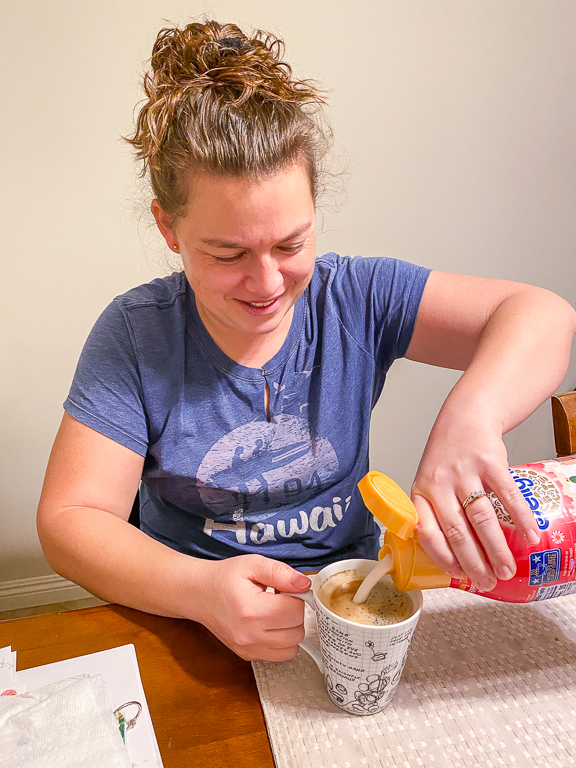 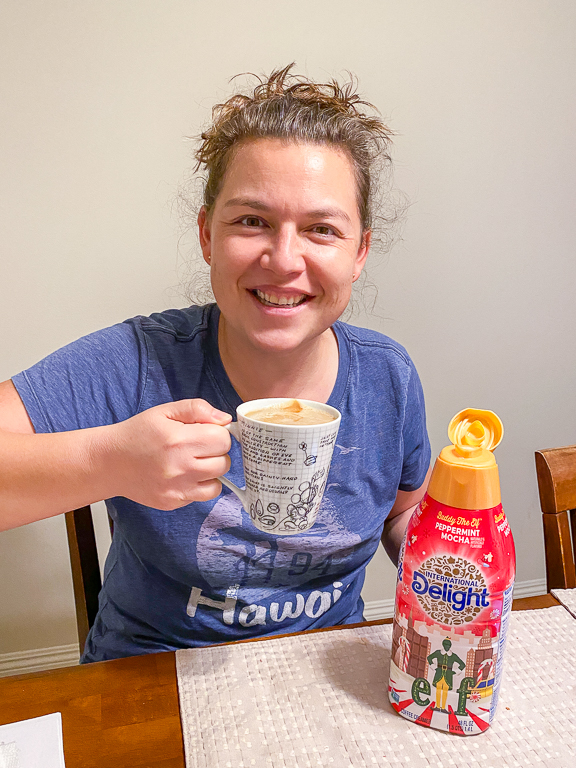 Okay, Theresa says this is way too much sugar and did not approve the following, but, just this once.
Elves do love their sugar. You might remember the breakfast scene where Buddy adds all sorts of candy to his breakfast of spaghetti. We're going to add the four main food groups. We'll start with the Candy Canes and Candy Corns. 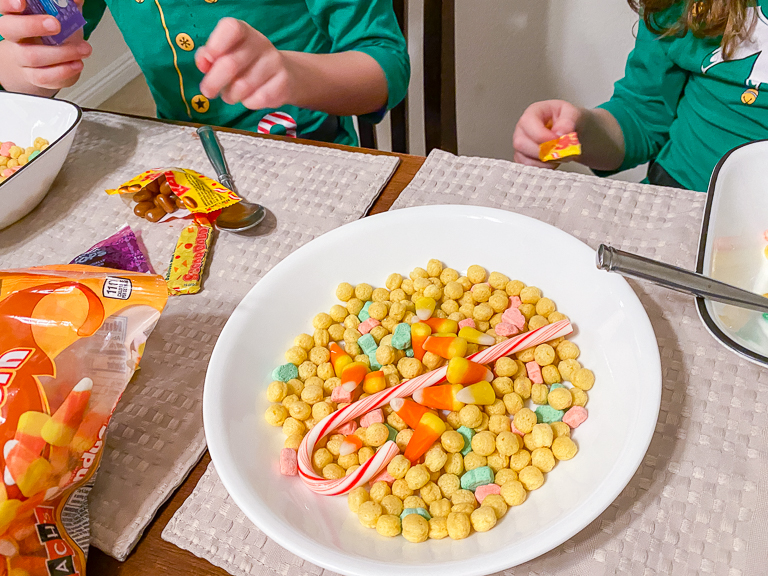 The kids added the Candy (Nerds and Sugar Babies). I added the Maple Syrup. And because it looked a little dry still, how about a splash of Coca-Cola? 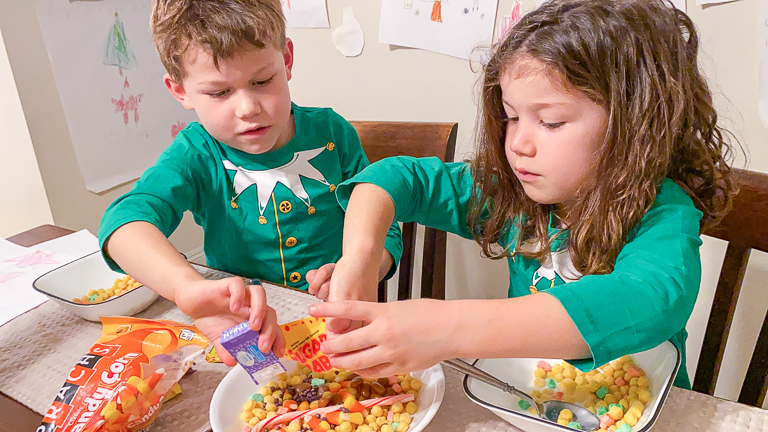 You're welcome to give it a try kids. 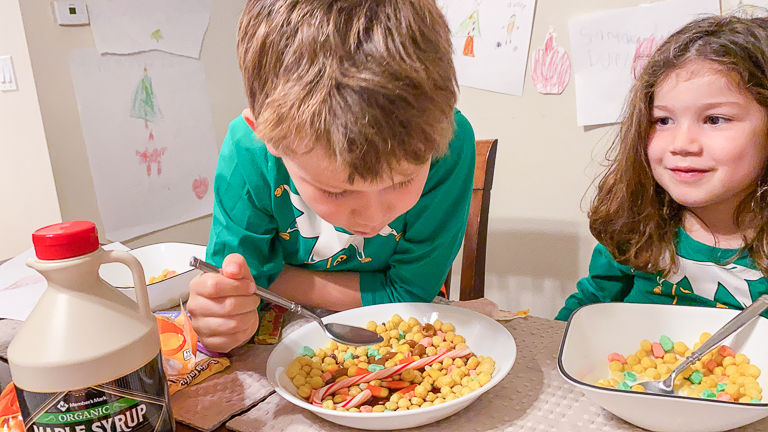 Thumbs up from Ian. I tried it too. It definitely checks all those sweetness boxes. 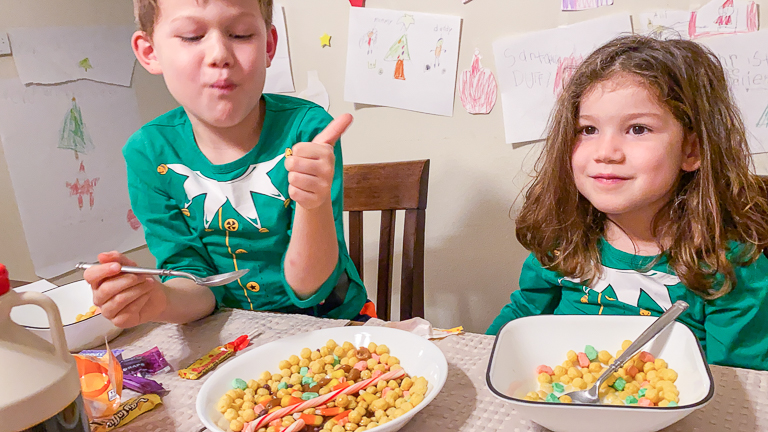 Alli was initially reluctant, but decided to go ahead and try it. 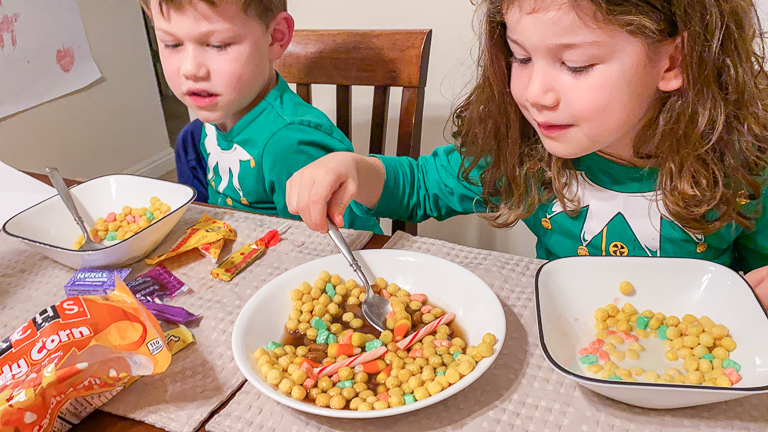 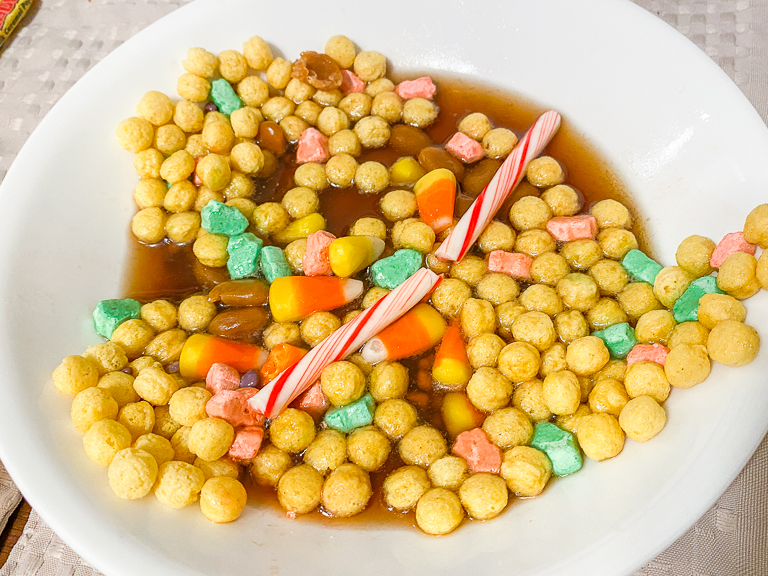 With a little bit of the commentary.
I think we need to wash this down with a little something to drink. 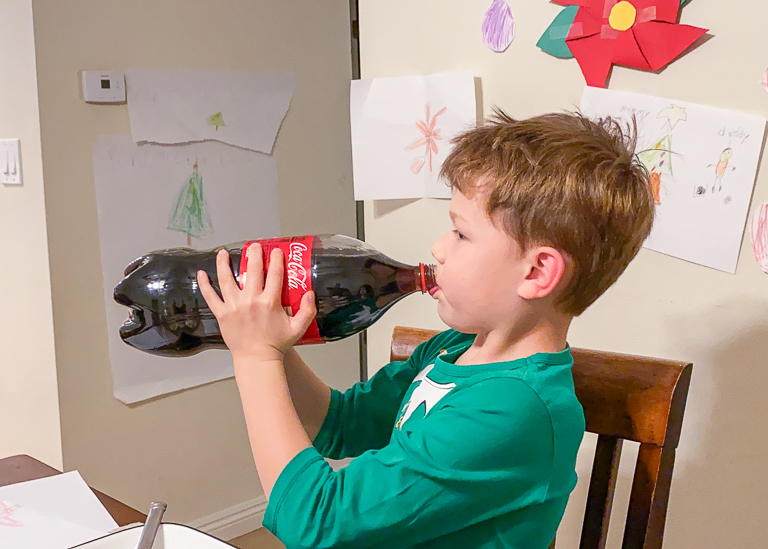 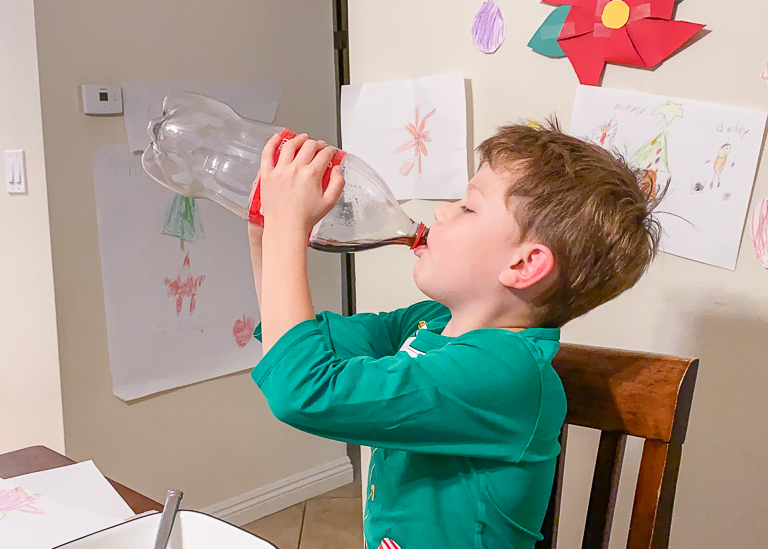 Ian let out a little burp, similar to the scene in the movie, and boy did they have a gigglefest after that. 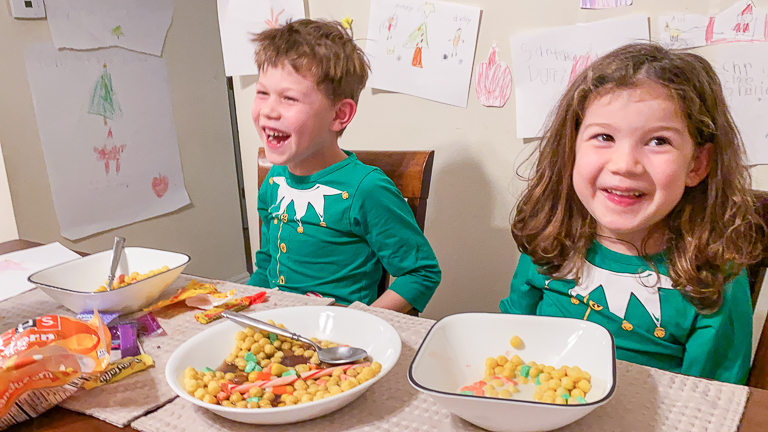 The video.
Compared to the original.
I thought the cereal was good but not great. The flavor tastes like the Eggo Waffles cereal we tried from Kelloggs earlier this year. 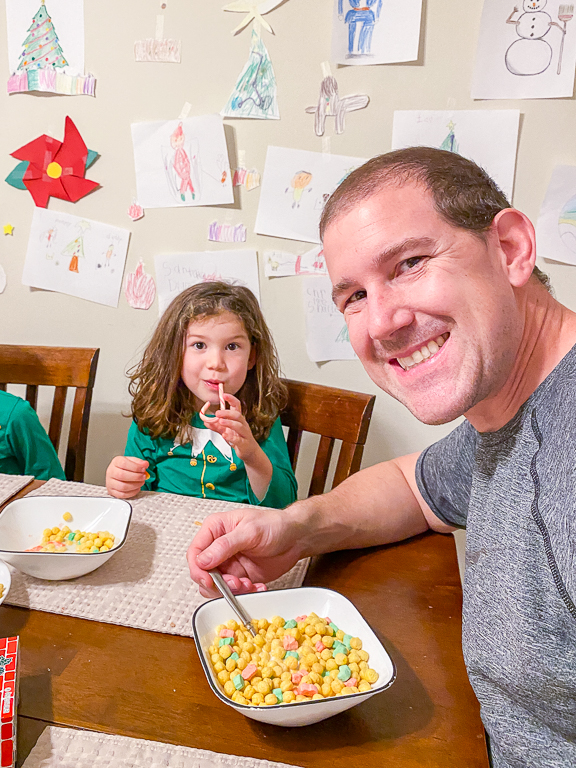 Overall thoughts. It's cute. It's tasty, but it's not going to be our favorite. But it did give us some laughs and increase our Christmas Spirit, so we'll still call it a Win! 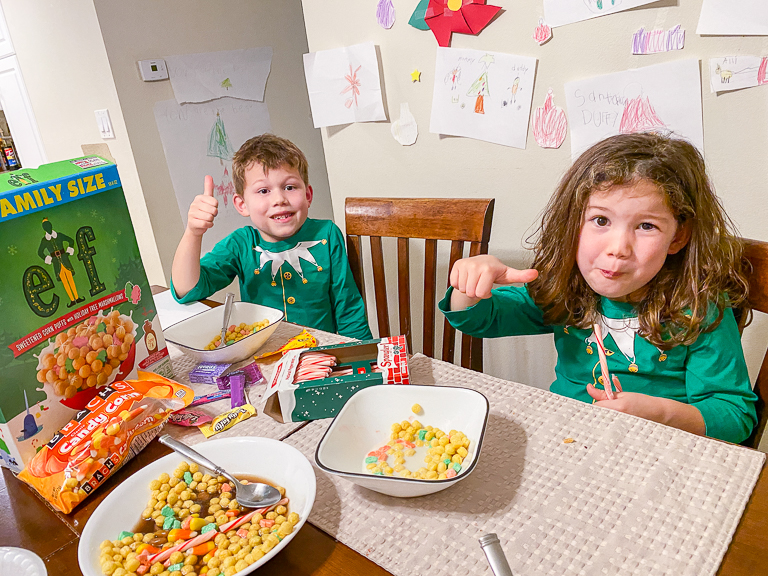