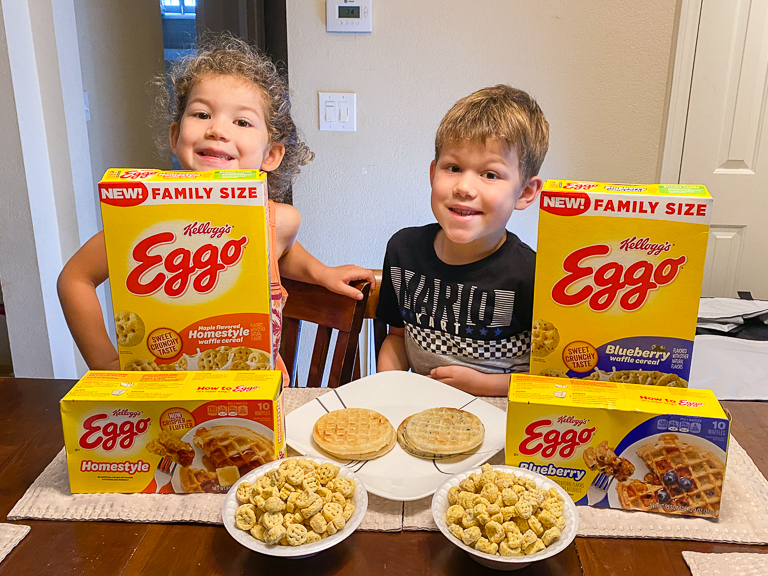 After taking a 7 year hiatus, on National Waffle Day (August 24th) the Eggo Twitter feed said that if they received 10,000 retweets, they would bring back Eggo cereal. 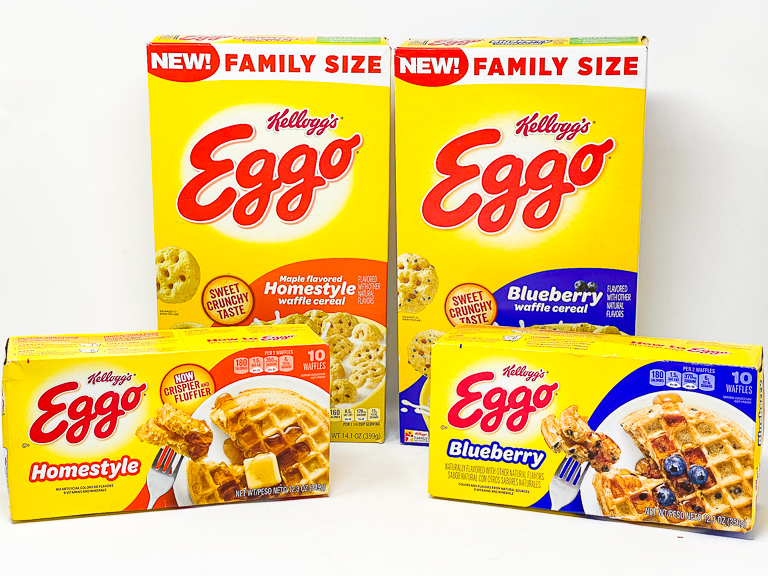 Twelve days later, it met its goal, and Eggo said to "stay tuned". In November, new cereal hit the shelves. 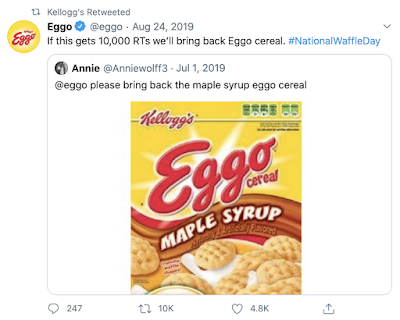 It look me a little while to get the cereal, and then a little longer to get the frozen Eggo waffles to go with them, but finally I did. Just holding onto them until we get a good chance to try them.
Here's a look at the back of the box. Nearly identical, just different colors, and slightly different characters. 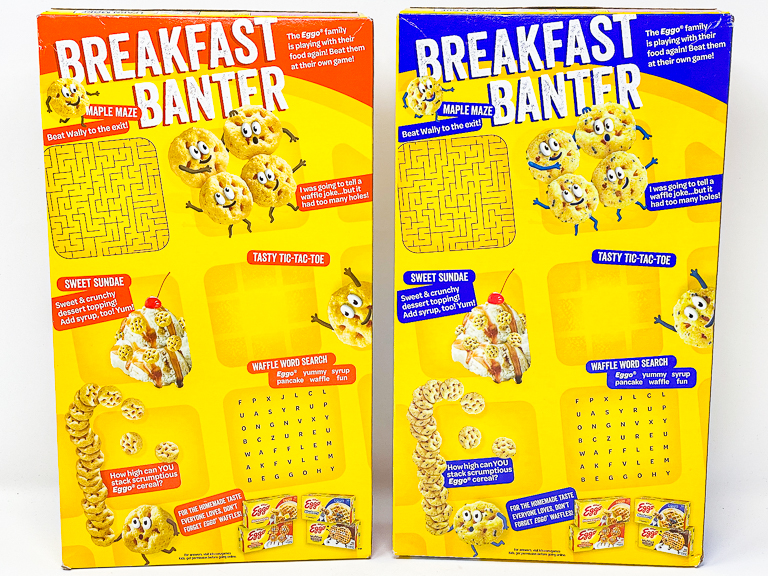 Let's take a look at them. I toasted up a couple frozen waffles. 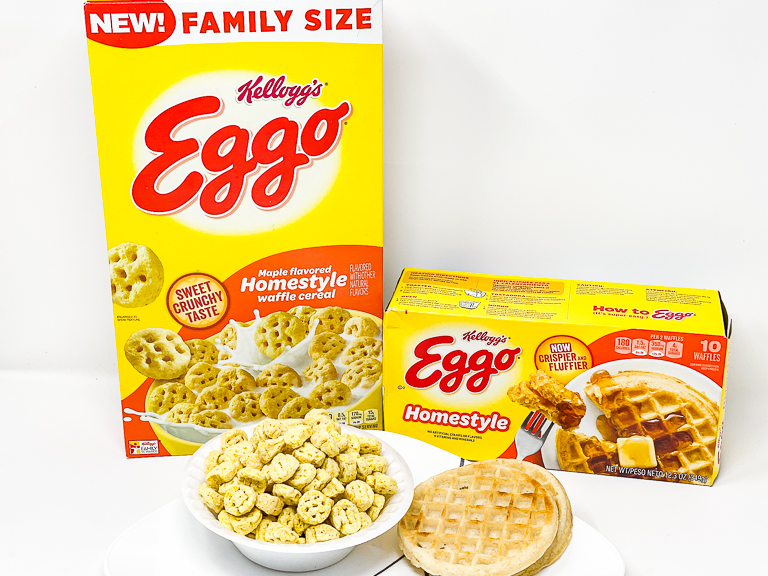 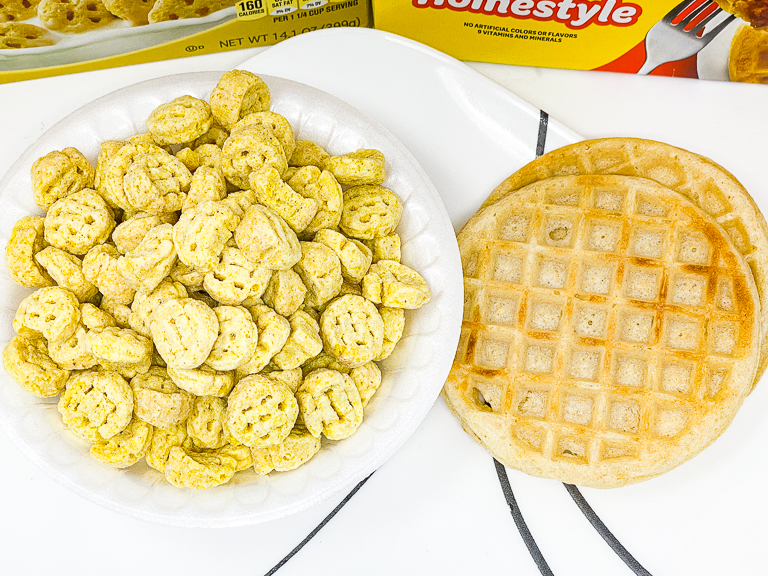 They got the shape right. And they've kind-of got squares like the waffles. 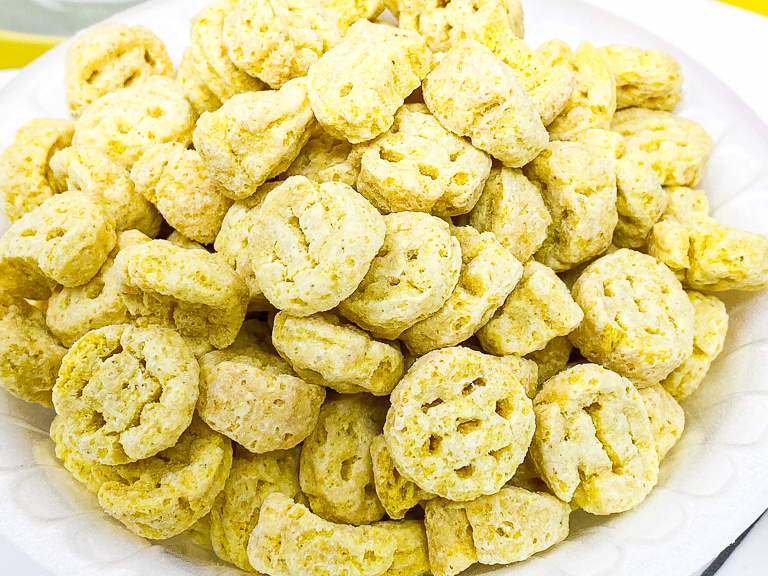 The blueberry flavor was similar. 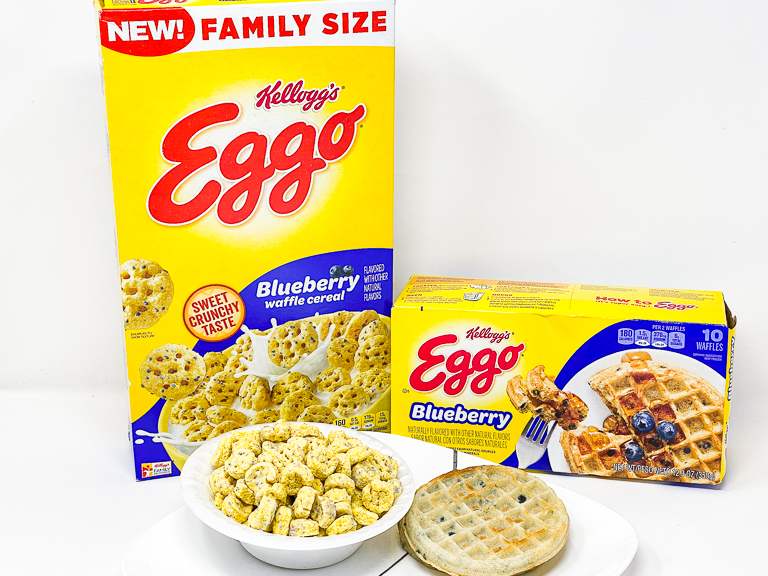 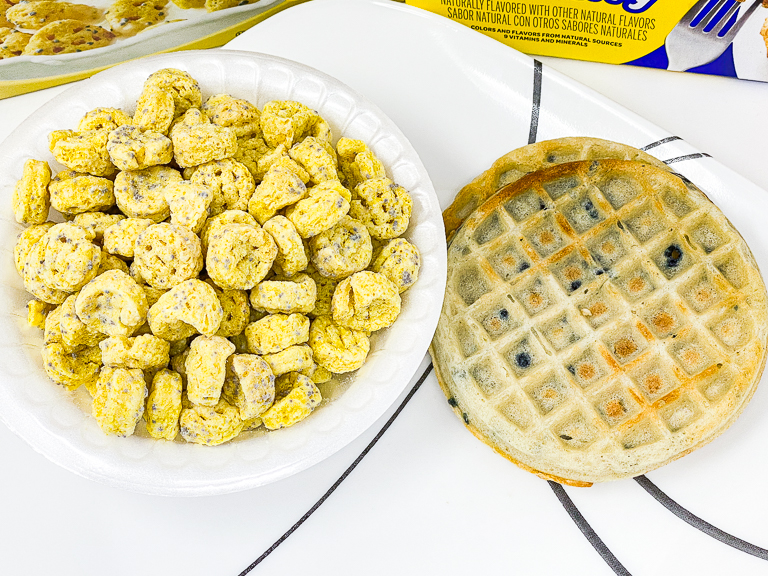 Little specks of purple in the cereal pieces. 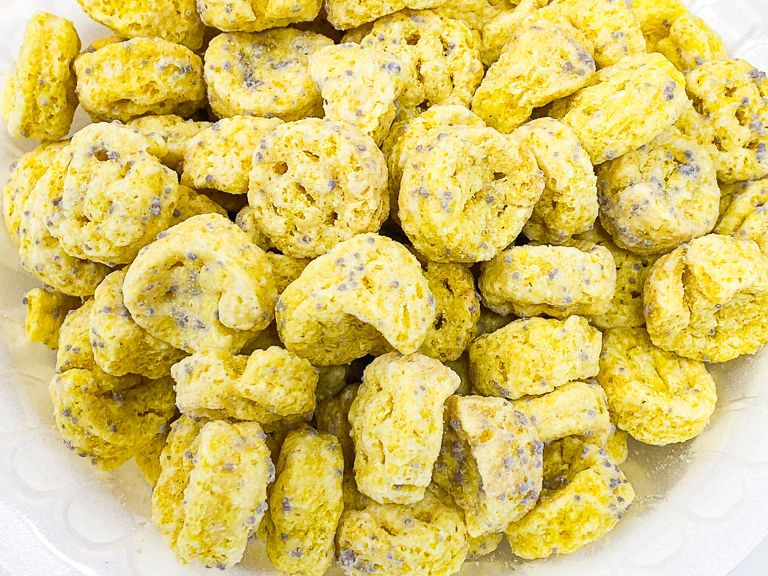 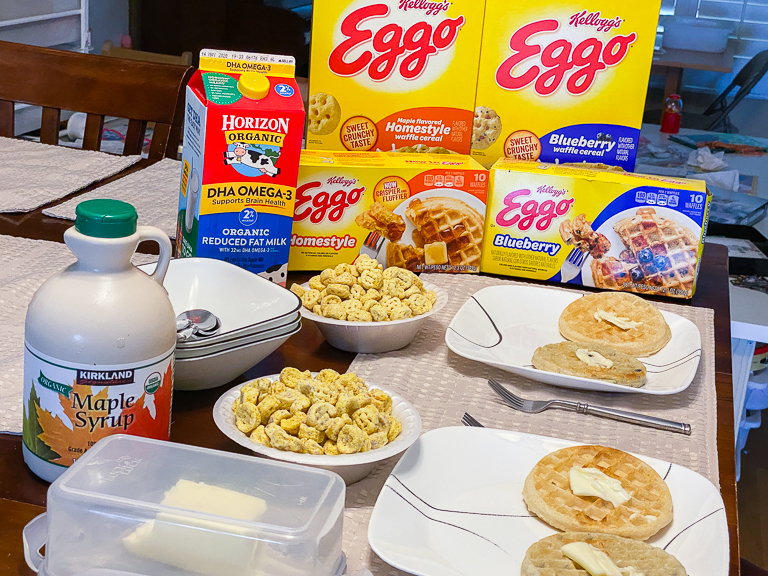 Well after all my photos, the waffles aren't quite hot anymore. Oh well, I'm sure they'll still be tasty. 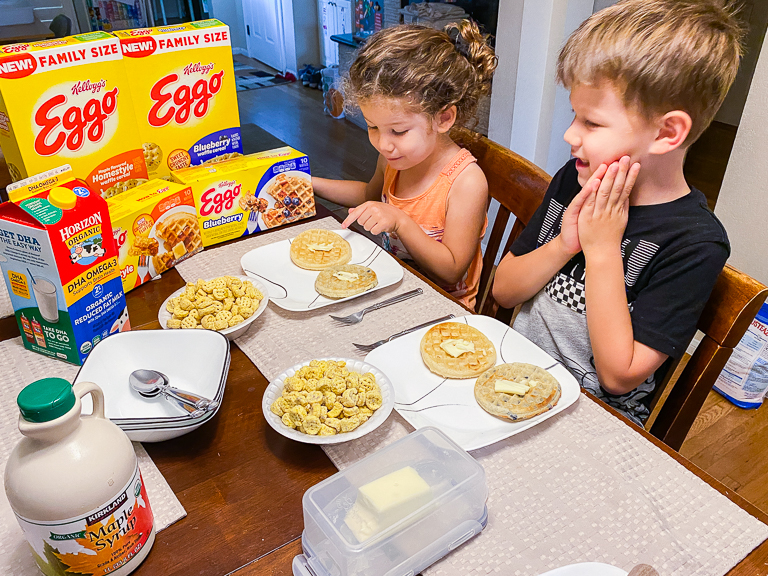 This time we're starting with the frozen waffles. First the Homestyle Eggo Waffles. They're okay. Nothing special. 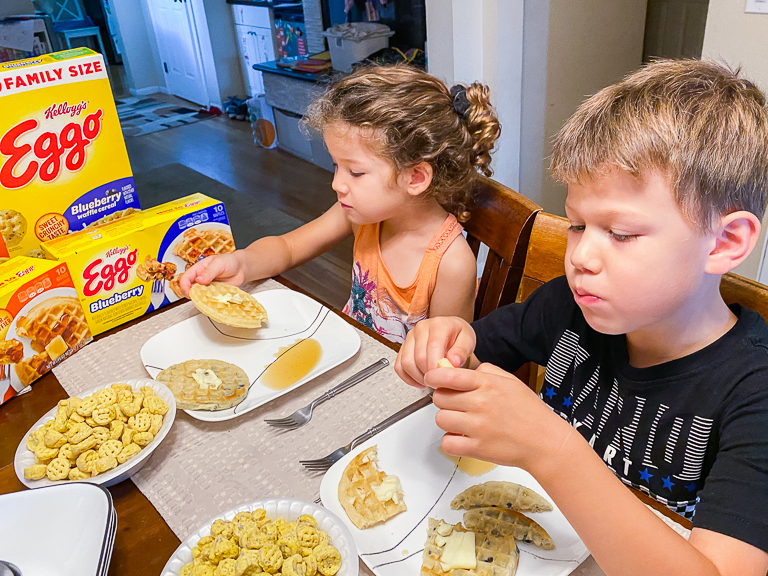 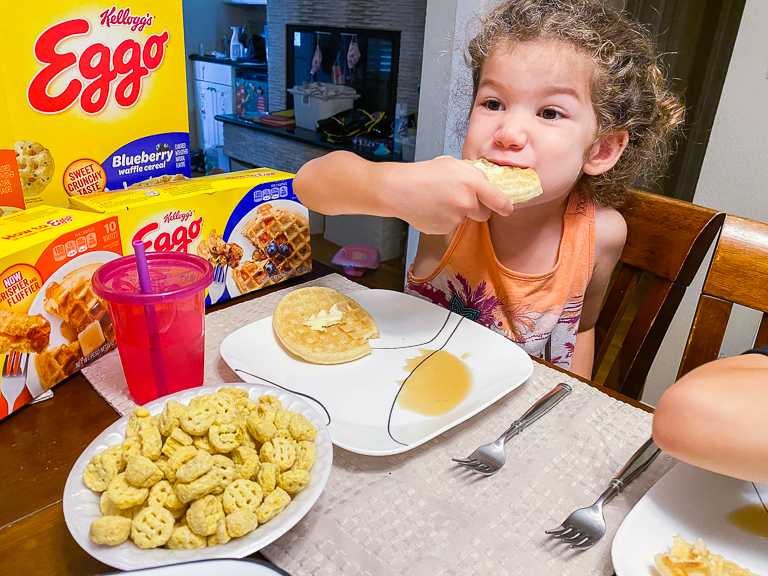 The Blueberry Eggo Waffles though are tasty. The kids loved them. 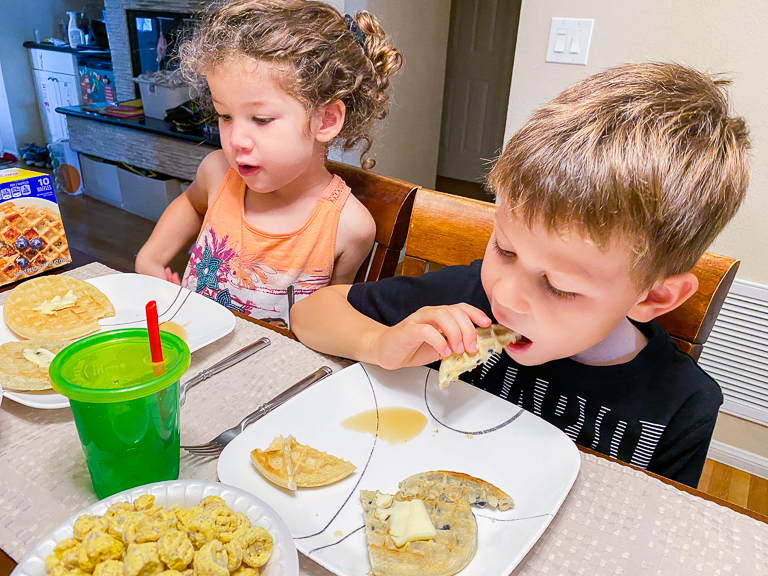 Theresa and I voted for the blueberry waffles too. It's nice to have that berry flavor. 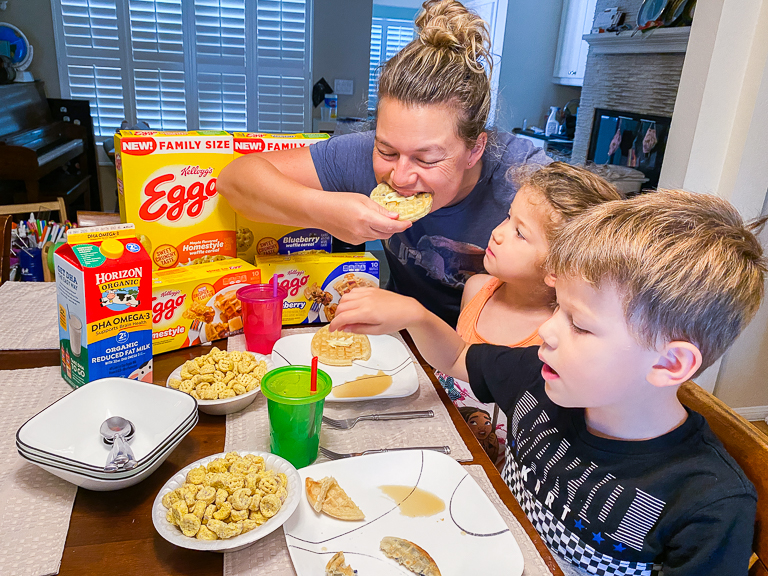 Cereal time.
The Homestyle cereal has a strong maple flavor. I feel like it's something I've tasted before. Even though this is from Kelloggs, I think they taste very much like the Chicken and Waffles cereal from Post that we tried last year. 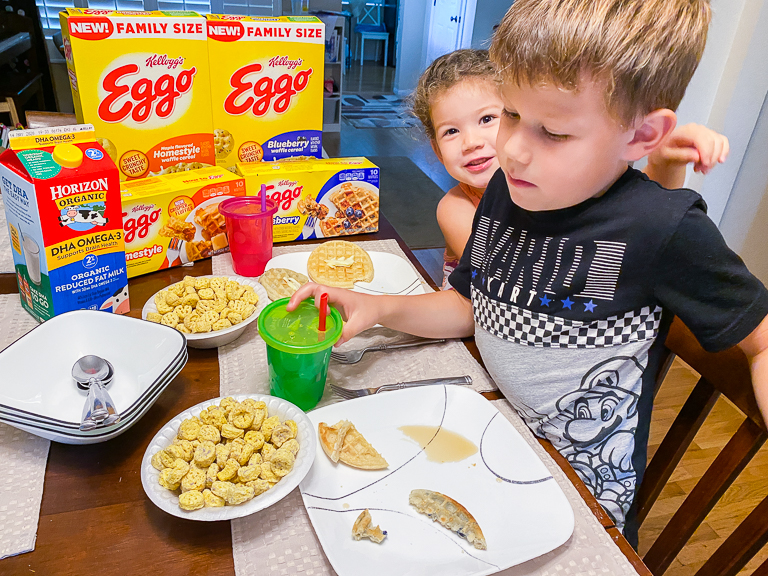 Then we tasted the Blueberry cereal. I liked it even more than the Homestyle. It did not have a maple flavor, which I was okay with. The kids and Theresa liked it just as much as the Homestyle. 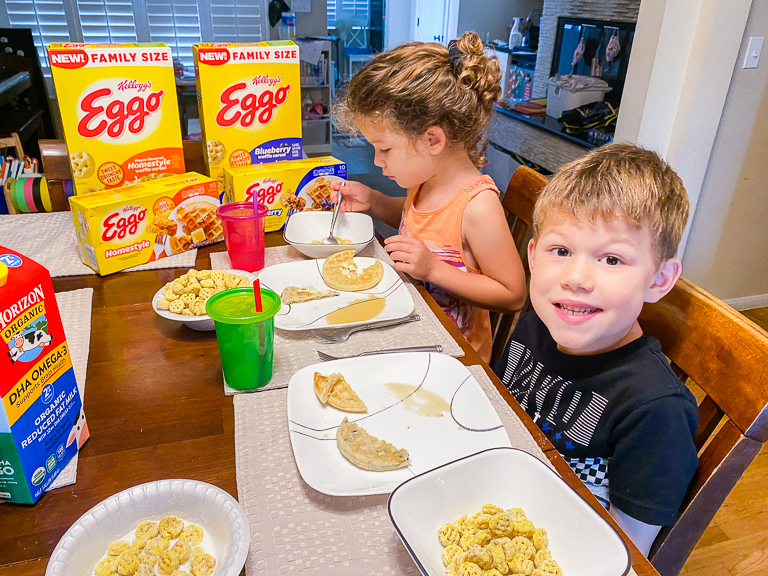 But the real winner of the day were the Blueberry Eggo Waffles. The kids finished off their first waffles... 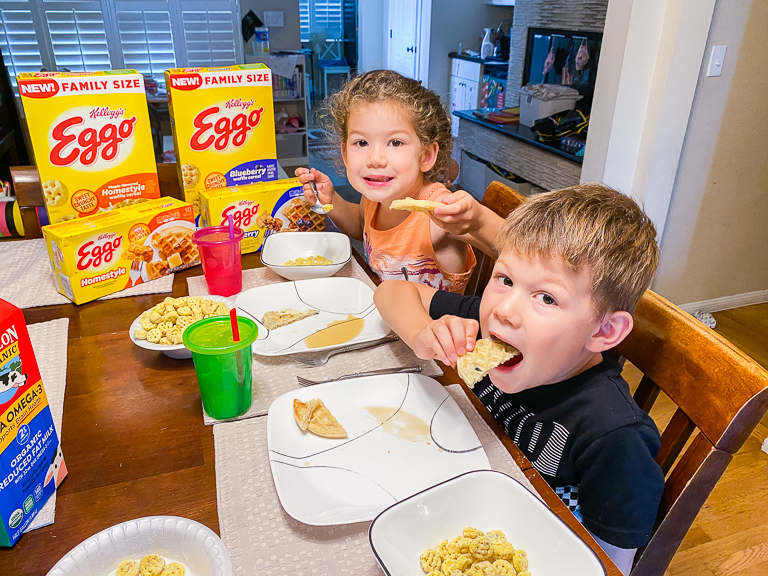 And then asked for another! Apart from a few bites by Theresa and I, that's just about 2 waffles each, plus a half bowl of cereal too! 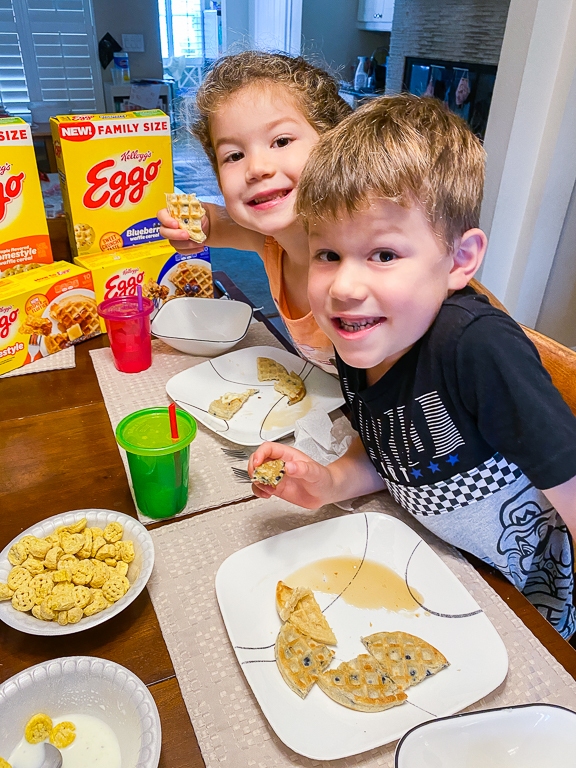