We seem to be on a yogurt kick lately. First the Starburst yogurt. Then the Sour Patch Kids yogurt. Last the GoGurt Hershey's Cookies 'N' Creme yogurt.
There's a yogurt brand out there that has done all the work that we might do at home, by giving us a base flavor and then treats to mix in. Let's do it! 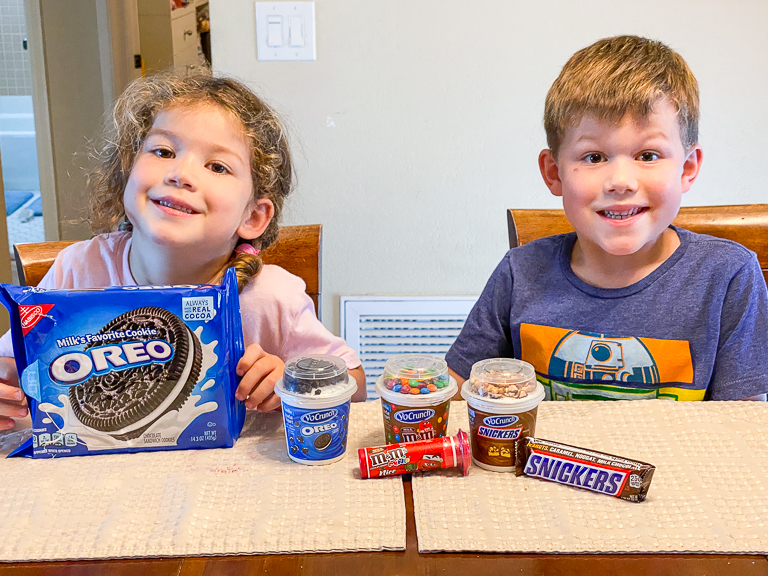 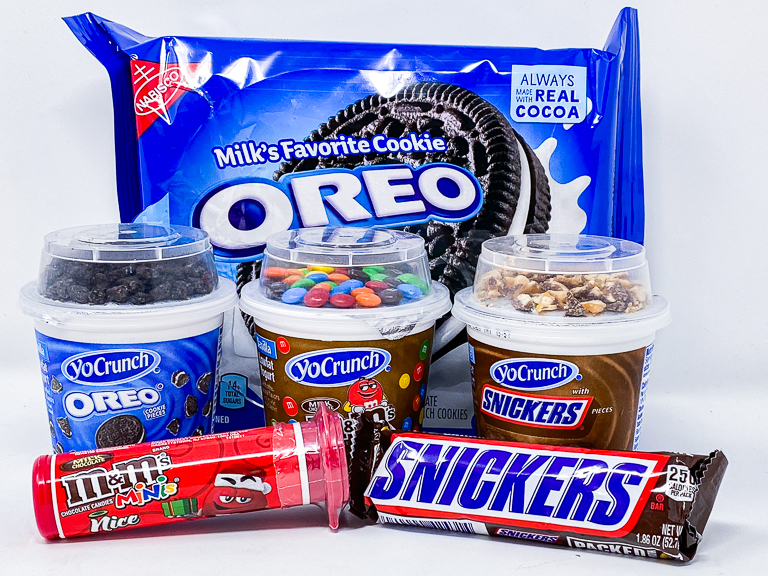 For every yogurt flavor, I have its real counterpart, but really, we don't even need it. Since they've included real bits of each thing, having the counterpart is unnecessary. 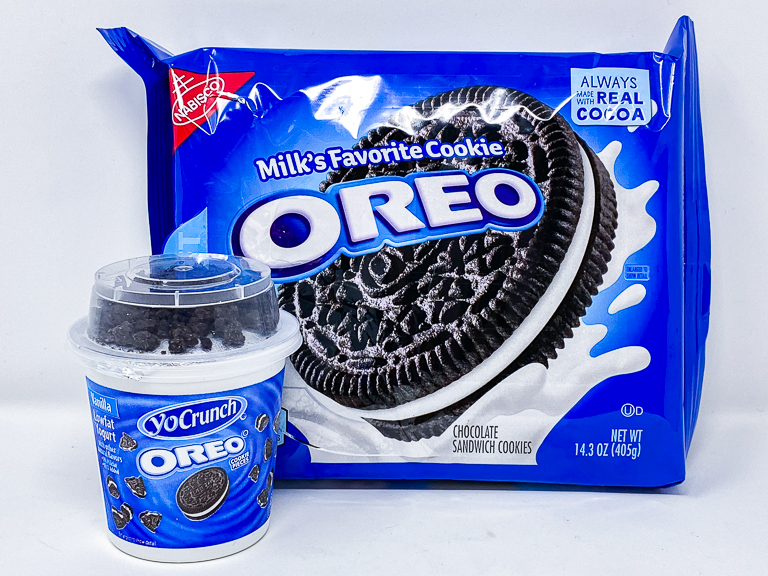 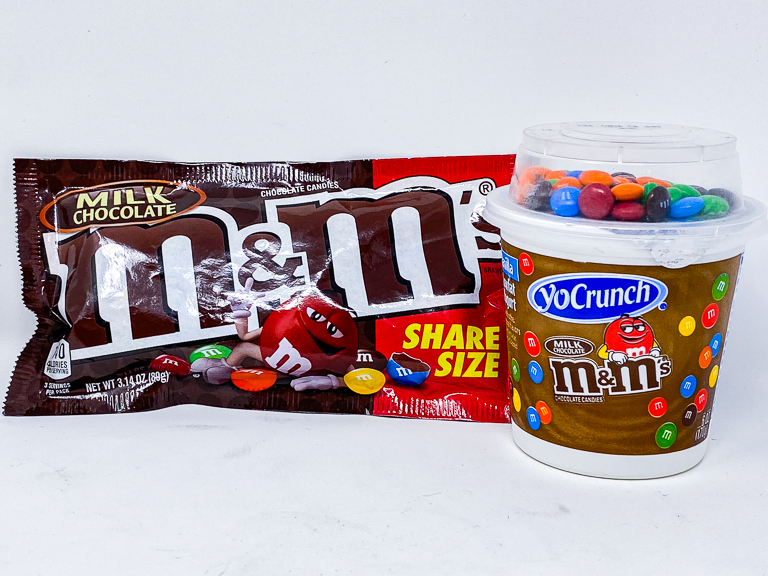 This is Mini M&M yogurt. I only had a tube of Christmas M&M minis but, it works just as well. 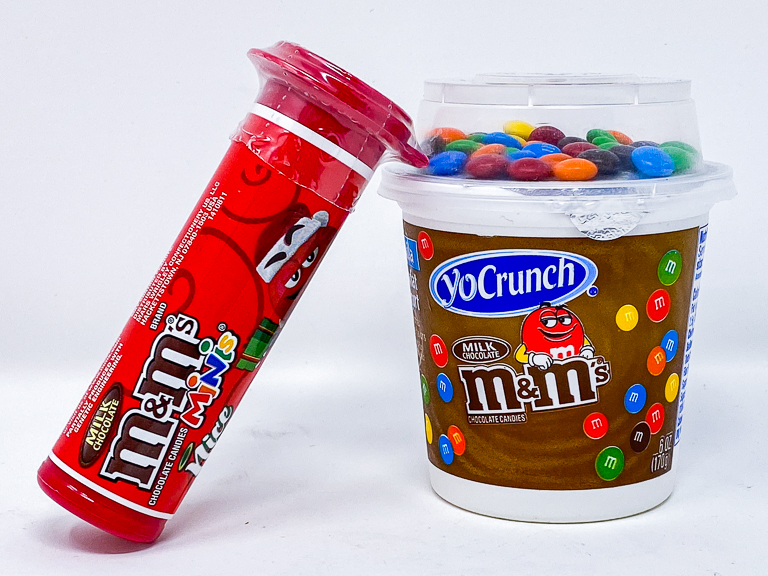 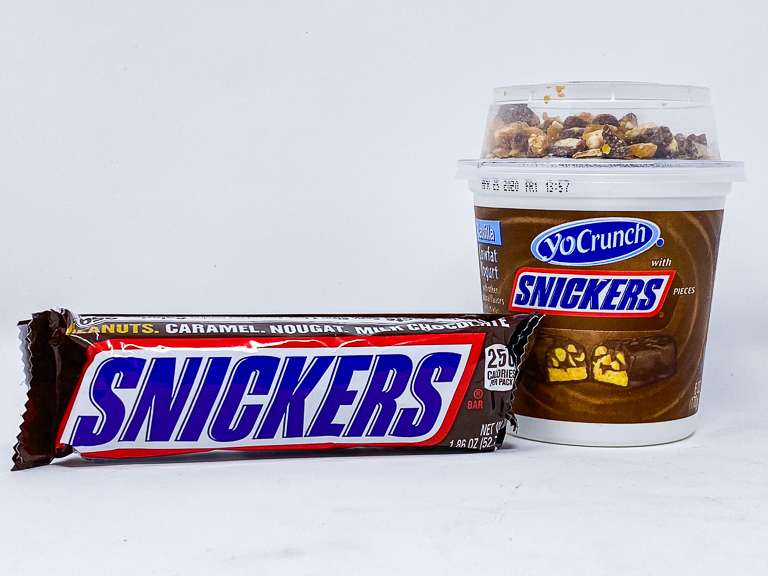 Alright Ian, why don't you start us off. Pick a flavor. Out of the three, he chose M&M to lead off this taste test. 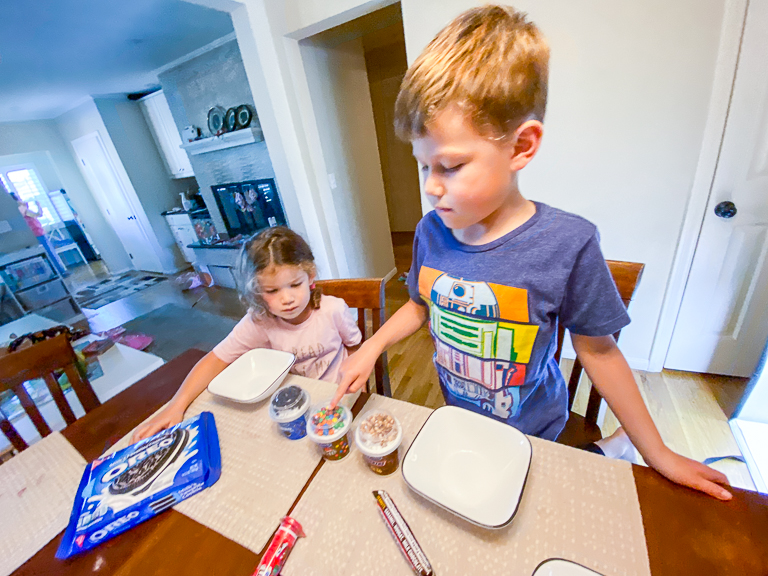 Opening it up, both of them were surprised that it was plain yogurt underneath the lid. 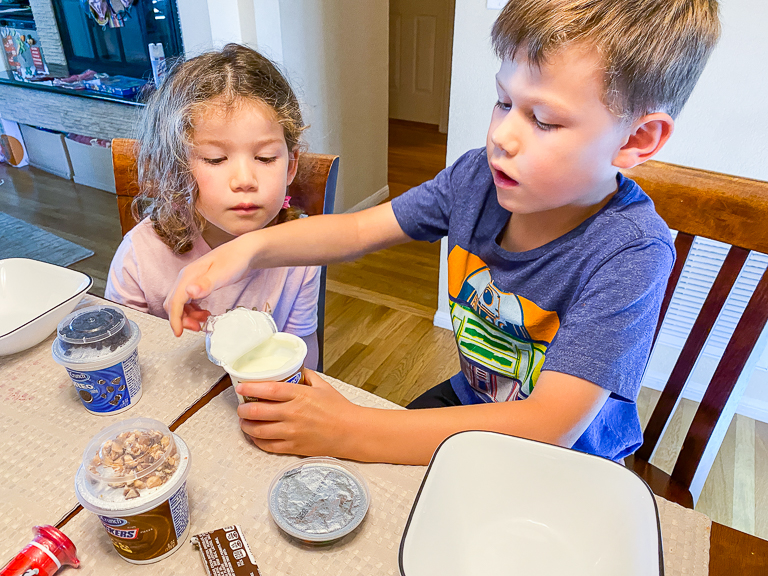 After removing foil from the candy under the lid, Ian mixed it into the plain vanilla yogurt. 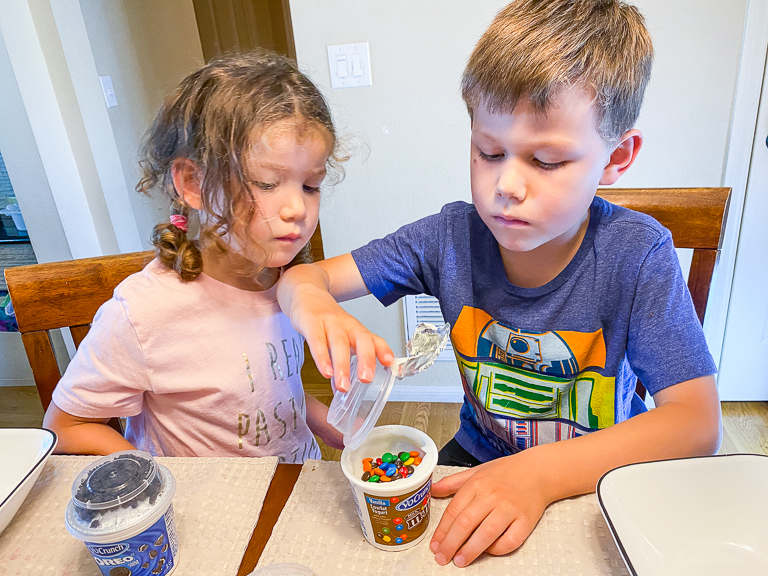 Mixing things in, the colors of the M&Ms started running, making streaks of colors in the yogurt. 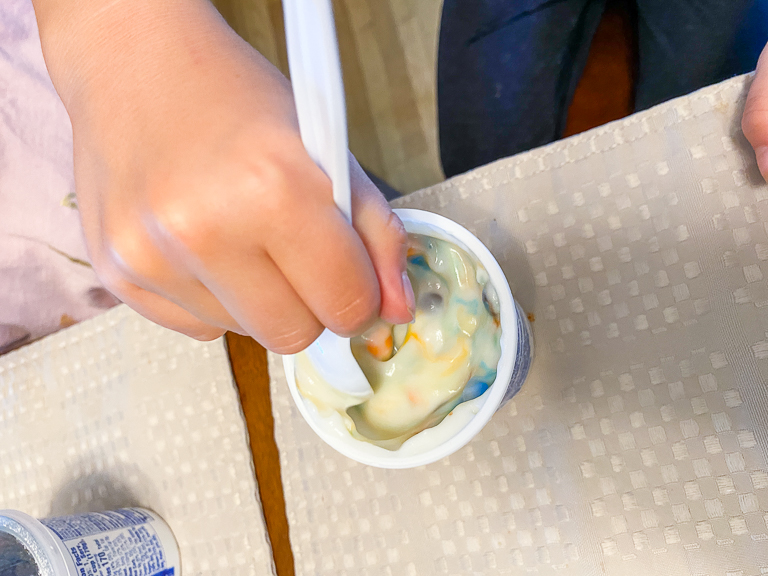 I dished out both kids 3 spoonfuls for them to try. What do you think? 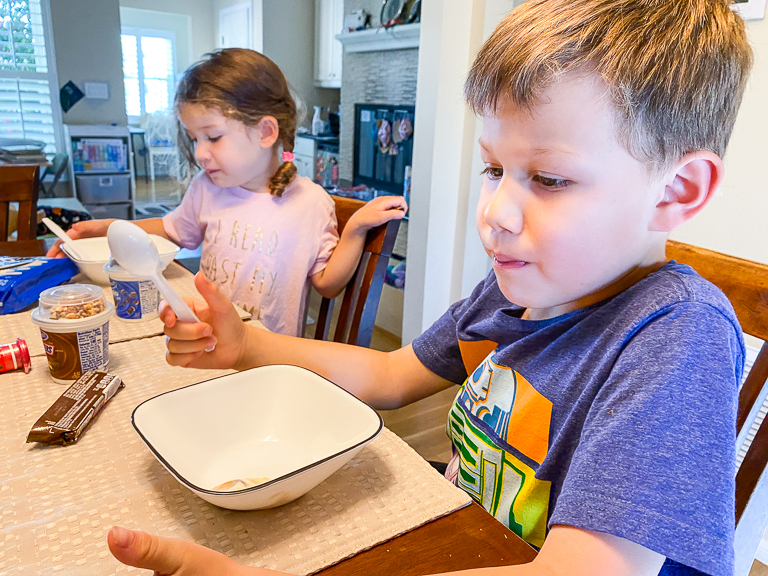 The vanilla yogurt base is tasty. Having crunchy chocolate M&Ms in it makes it even more delicious. 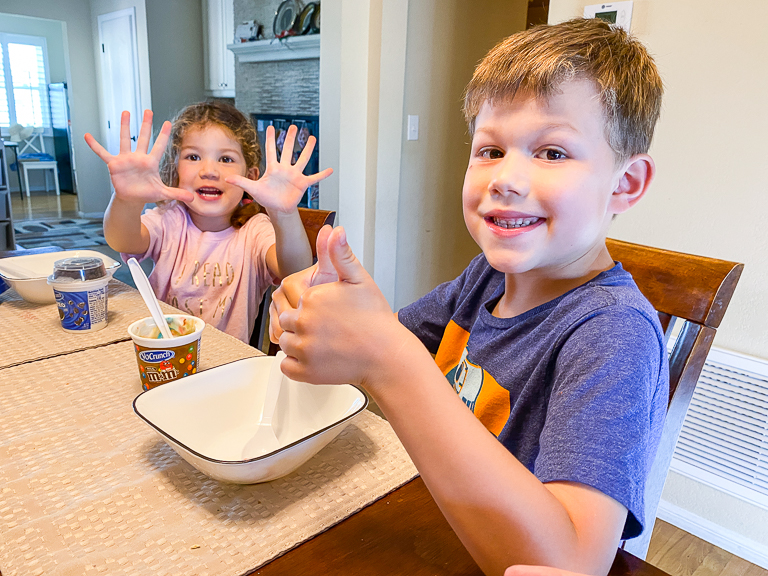 Alli was the next to choose. Snickers yogurt for her. 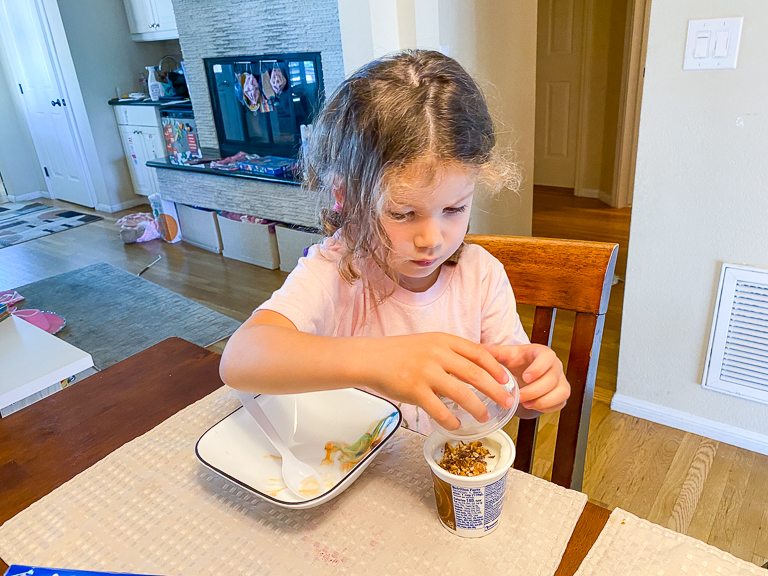 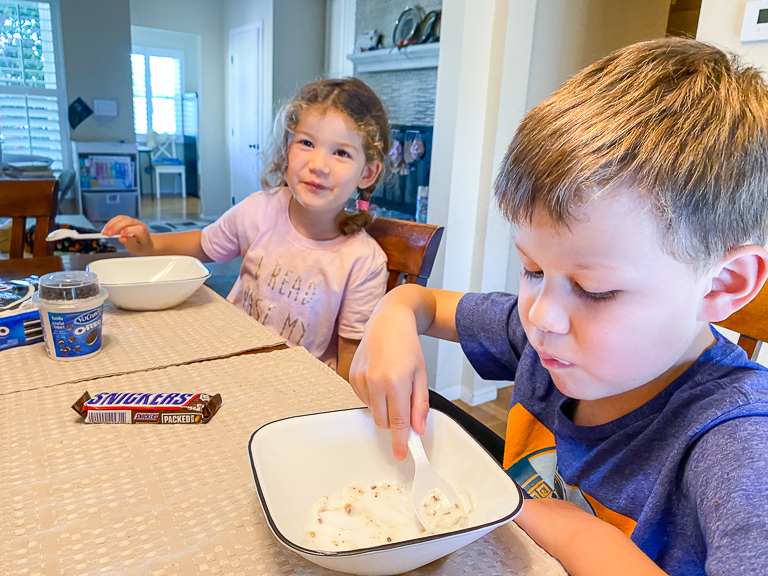 The flavor of the peanuts comes through pretty well, as does the nougat. I'm not particularly a Snickers fan and apparently neither is Ian. Alli thinks it's great though. 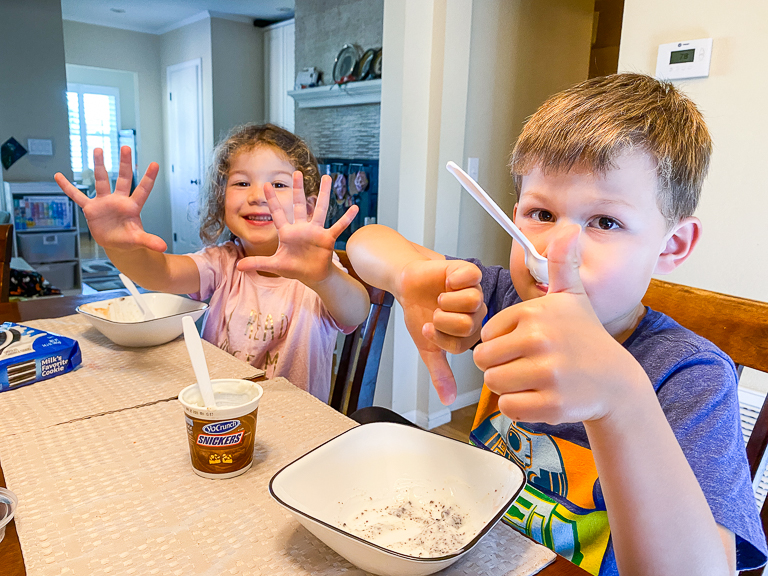 My choice, and coincidentally the last choice, was the Oreo yogurt. I asked Ian if he could take a picture of me.
Ian - This is going to be the best picture you have for your story. 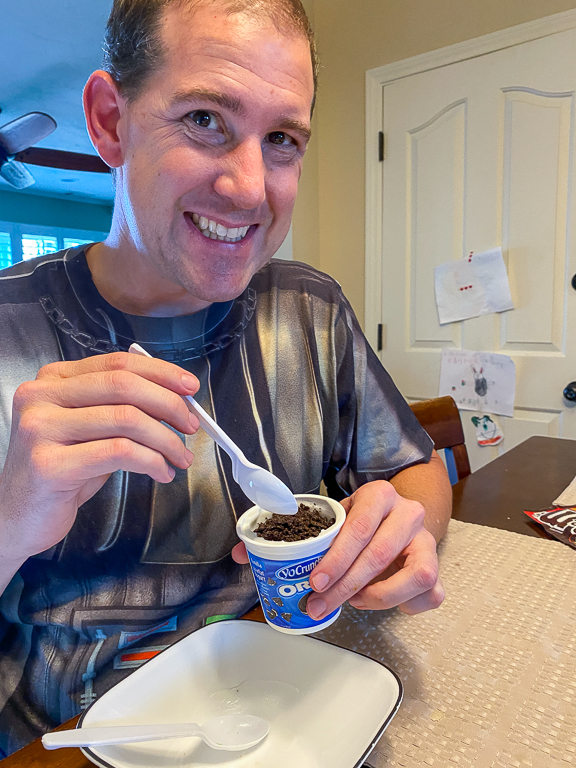 The Oreo yogurt was tasty too. 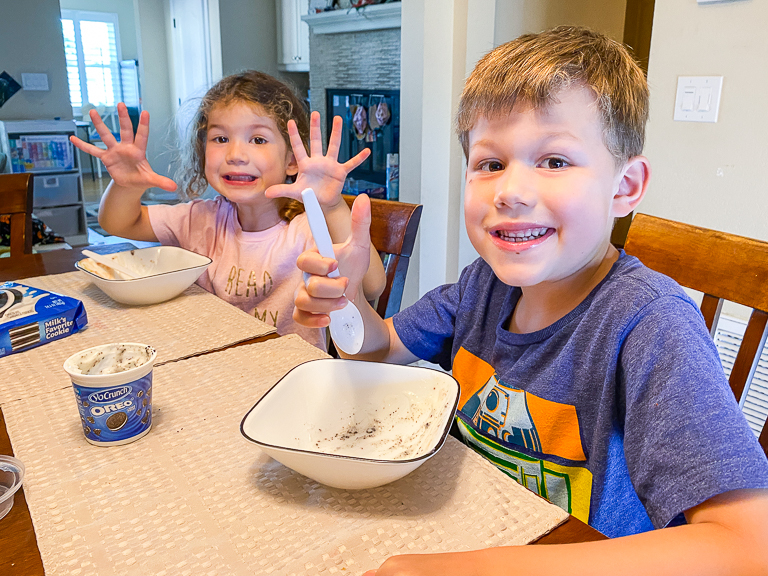 What's everyone's first place pick?
It was unanimous. M&Ms YoCrunch is the winner. Second place for Ian and I was the Oreo, while Alli liked Snickers second best. 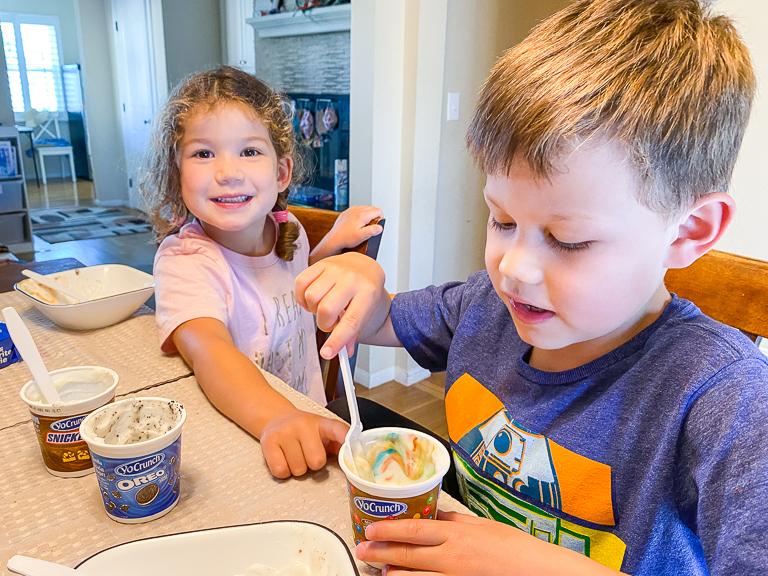 Taking a quick peek at the YoCrunch site, it looks like there's quite a few other flavors we could try.
Then again, all YoCrunch is really doing is adding convenience. If we had plain vanilla yogurt we could add just about anything we wanted and make it ourselves. Might be something to consider for the future.