Brach's Hard Candies. You know, those candies you can pretty much guarantee that your grandma has a couple of in her purse. But, which one is really the best? 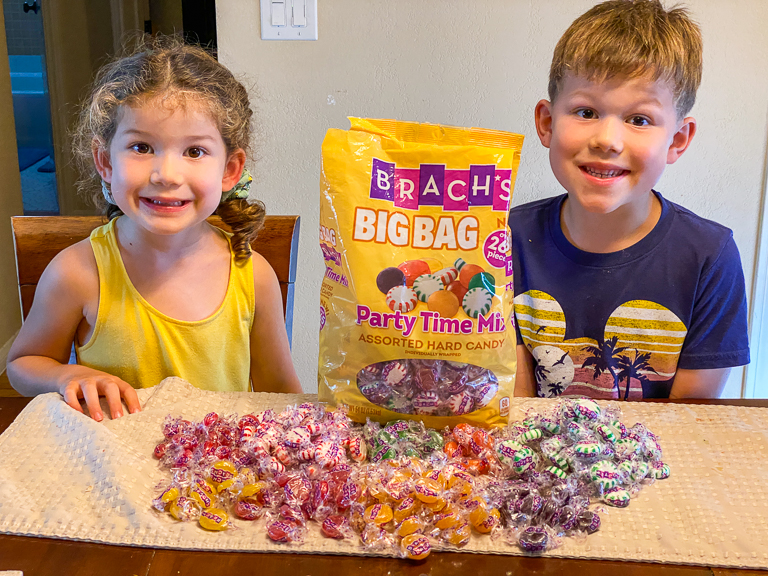 I found this giant bag of Brach's candies for a pretty good deal. It was the kids who decided we should turn it into a taste test. 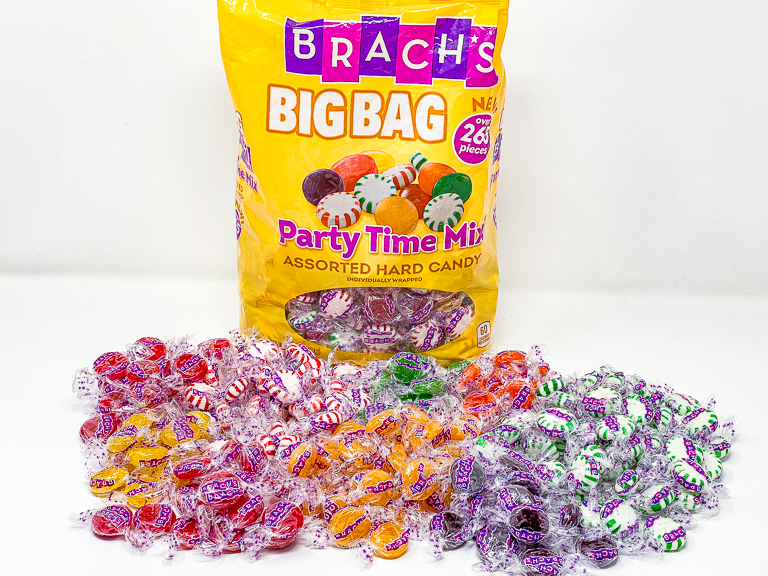 Inside the bag there's 9 different flavors. Butterscotch and Peppermint are the ones I've probably had the most of. Cinnamon and Spearmint are next. And the other five, Sour Apple, Sour Cherry, Sour Lemon, Sour Grape, and Sour Orange, were very infrequent. Could they be hiding my new favorite? Let's find out! 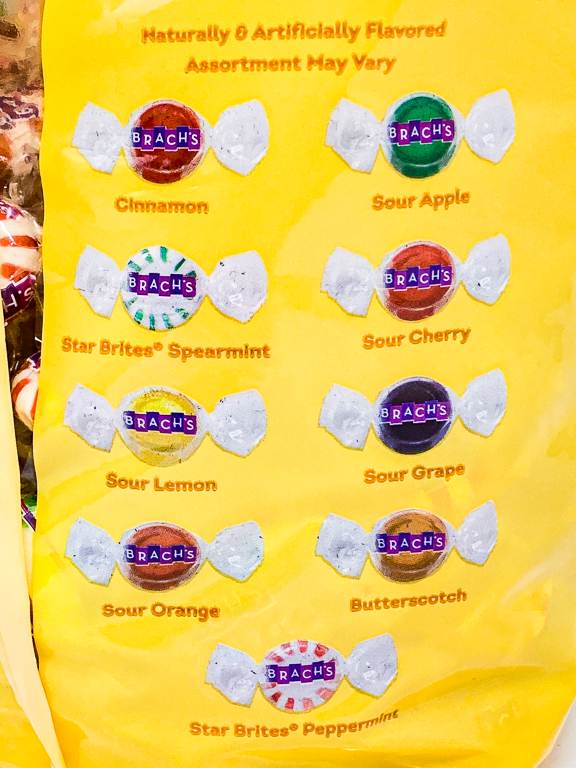 Before I could get the picture above, I need all the colors sorted. I put the kids to work. 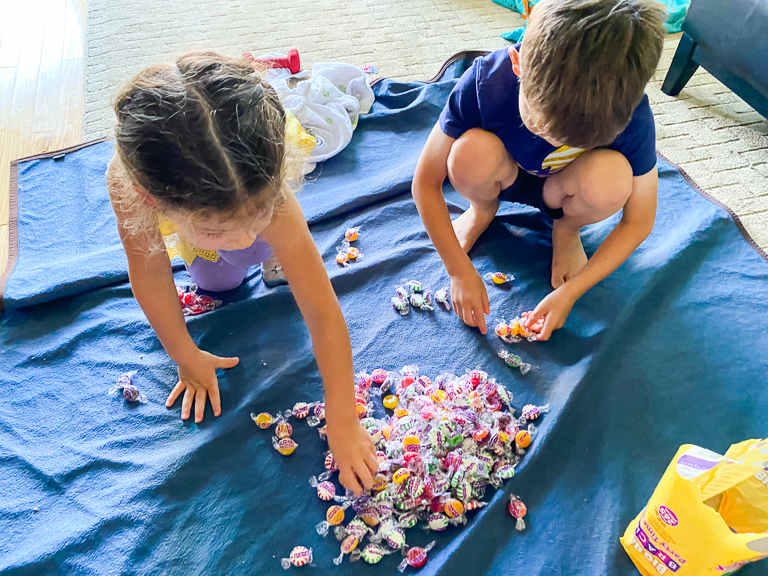 They definitely favor the tradition mints in this bag, along with the Butterscotch. The cinnamon and the sour cherry are pretty hard to tell apart. 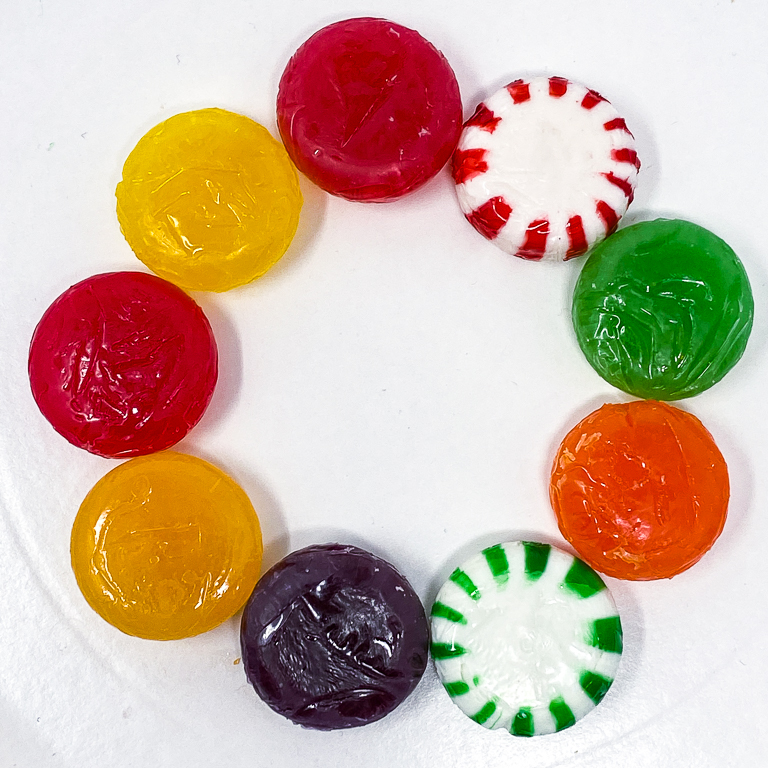 Just like the Dum Dum taste test before it, we're not trying whole pieces of candy for each test. Instead, I grab my meat pounder and crack them into pieces. 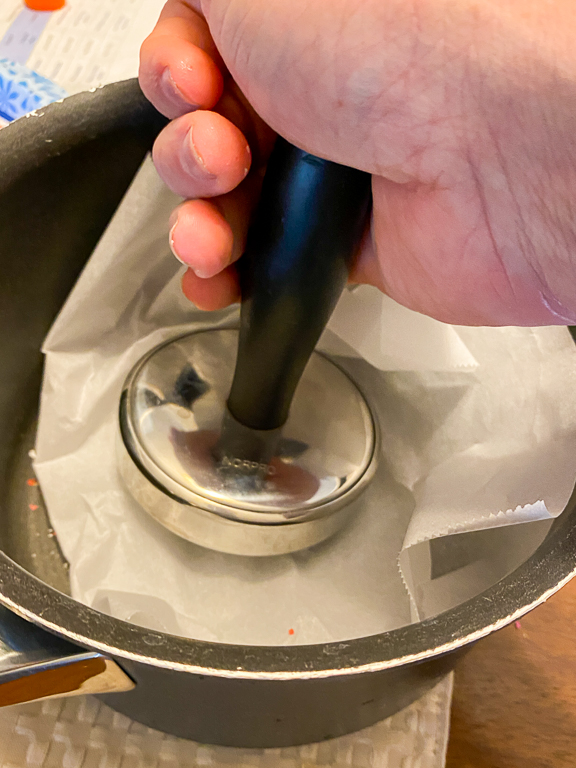 And I think I've got a good system now. A thick pan with high sides, envelope the candy in parchment, and give it a few whacks. That helps keep the candy contained much better than previous attempts. 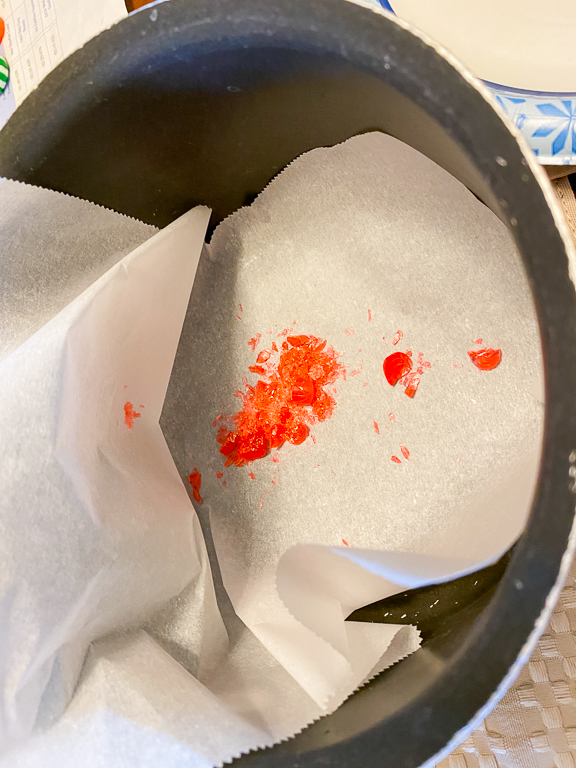 Ian picked first today. Actually what he said was "I want to be surprised."
So I surprised him with the Cinnamon disk to start. 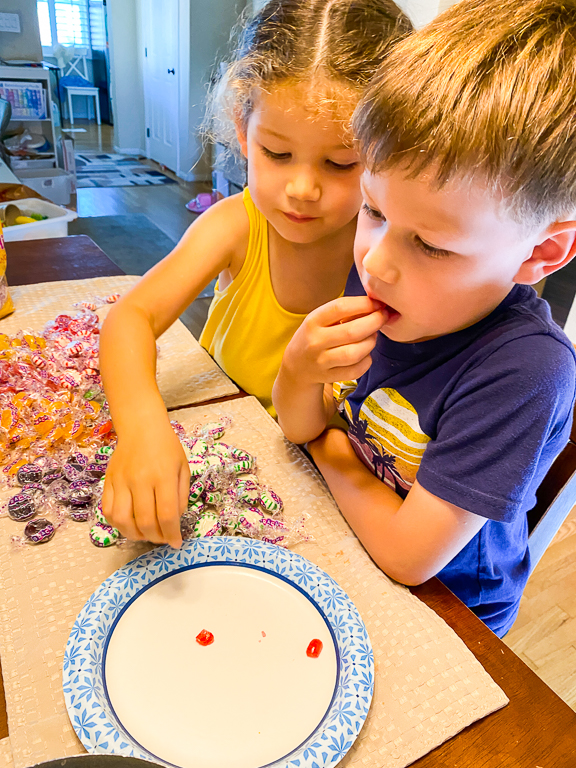 Alli picked one of her favorite colors next. Purple which is Sour Grape.
And look who we've got tasting with us. It's Grammy! Told you grandmas like this kind of candy. 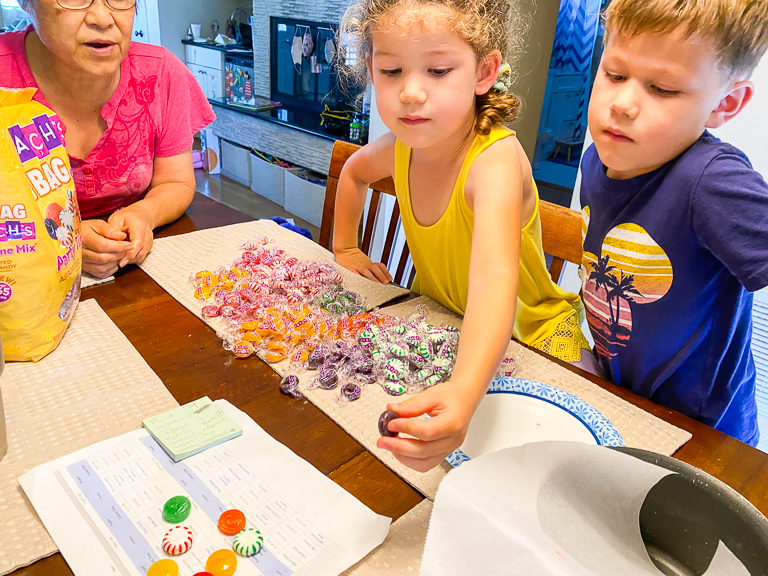 Grape is just okay for Ian. 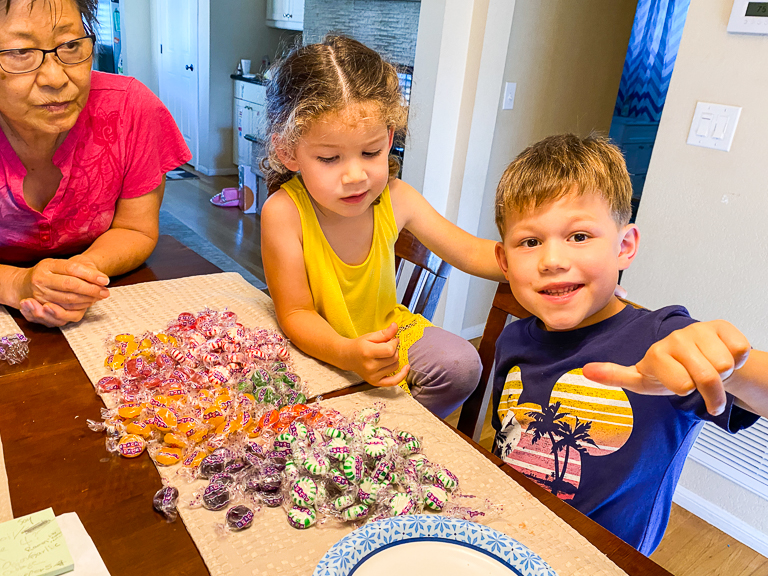 After Grammy picked Butterscotch, Grandpa got the next pick. 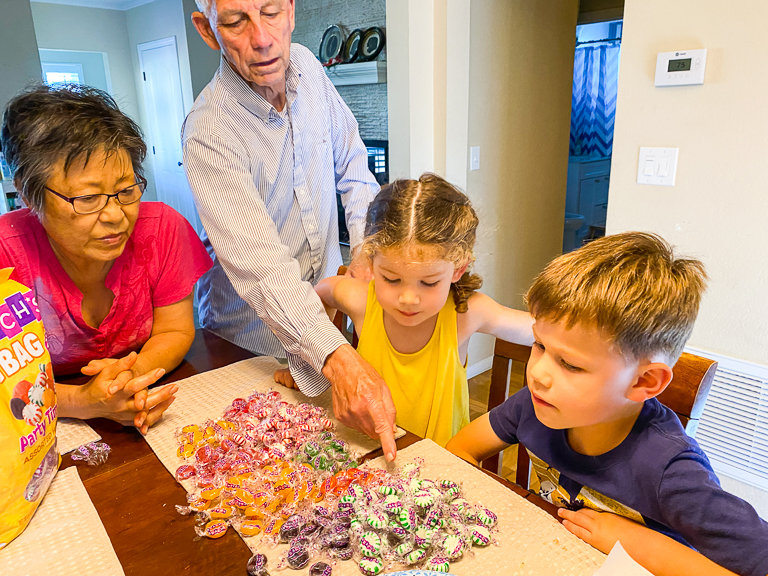 What flavor is it Alli?

Eventually we made it through all 9 flavors. It left quite a few shards on the plate. Very colorful. 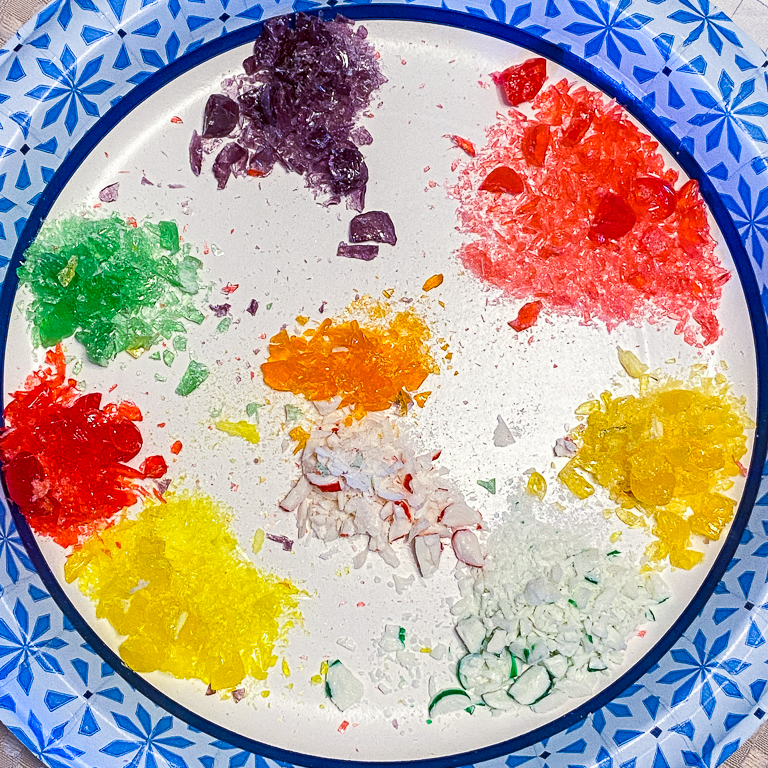 Everyone show me your favorites!
Alli - Sour Cherry
Grandpa - Sour Grape
Ian - Butterscotch
Joe - Cinnamon
Grammy - ...
Grammy, what have you got in your hand? 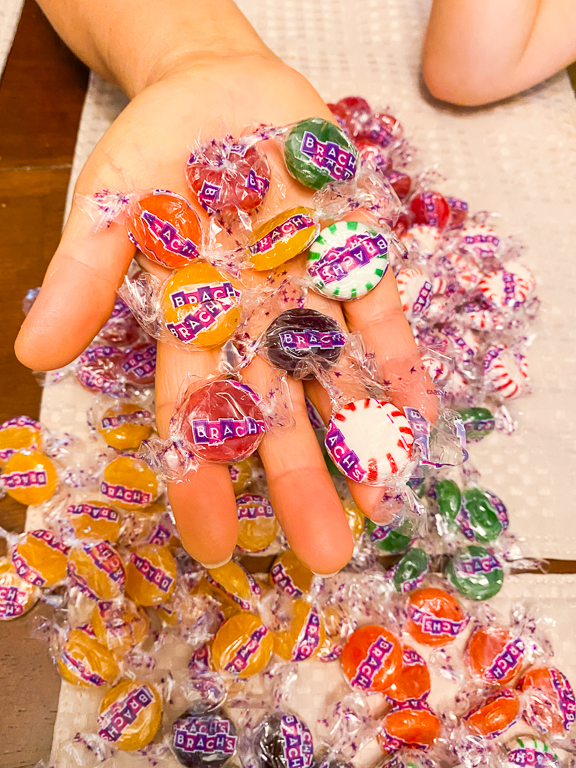 Everyone can eat their favorite. Go ahead.
Grammy!!! You can't eat all of them! 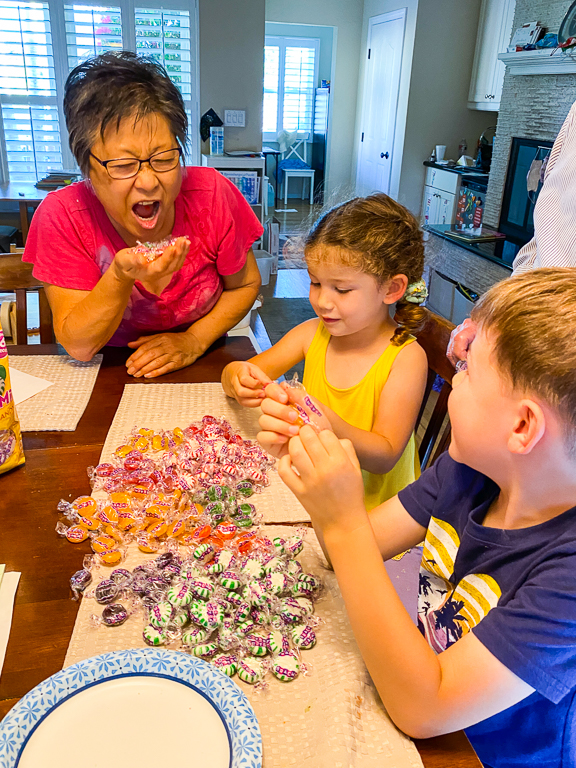 Pack it up kids. Looks like you've got plenty of candy disks. Enough to last you a year. 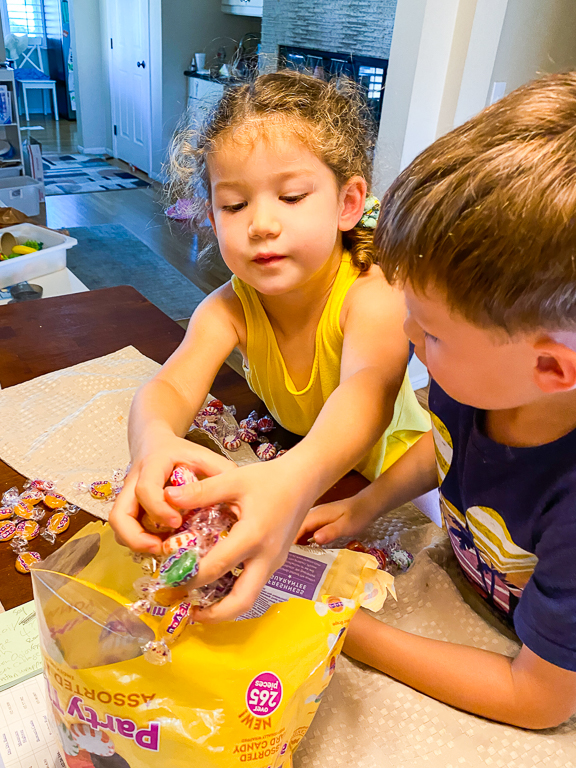 And just for my curiosity, I was wondering what might happen if I microwaved the plate of bits. It turned into a melted sugar mess. I think I let it go just a little too long to where it burned. 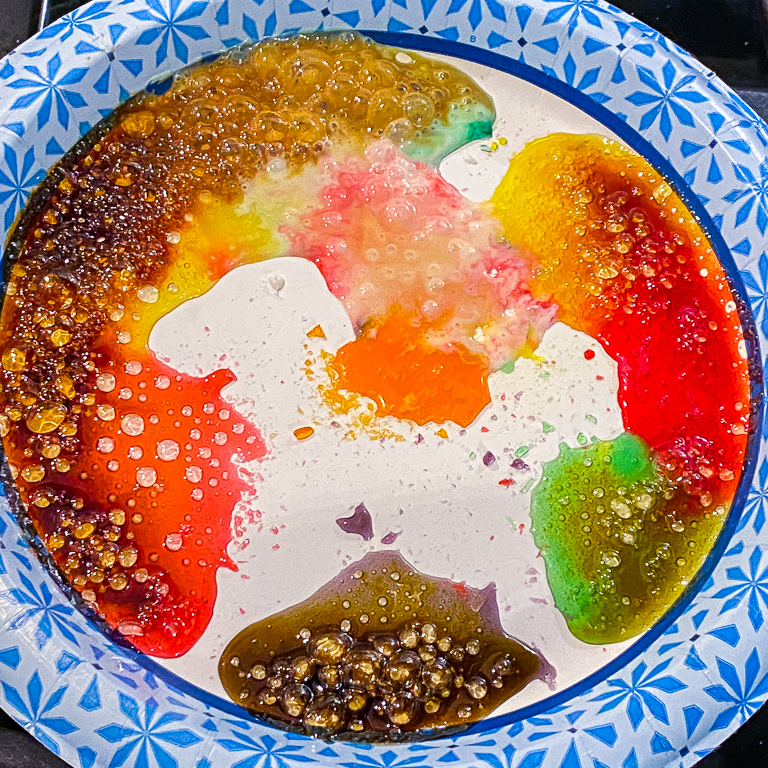