We're kicking off yet another series today. Disneyland Treats at Home! And it's great because today coincides with a National Day. It's National Mint Julep Day!
When I think of Mint Juleps, I immediately think of Disneyland. And if you're already in New Orleans Square at the Mint Julep Bar, why not go ahead and get a sack of Mickey beignets too? 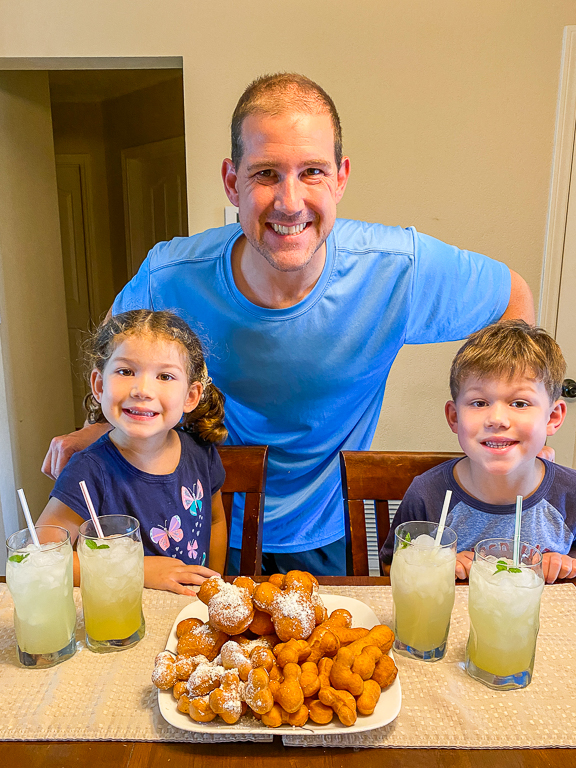 Using the Disneyland inspired recipe for Mint Juleps from SimplyInspiredMeals.com we are going to need lemonade, lime-ade, and a Mint Simple Syrup.
I grabbed a bag of limes while I was doing the weekly shopping. We're going to making this lime-ade and lemonade ourselves. 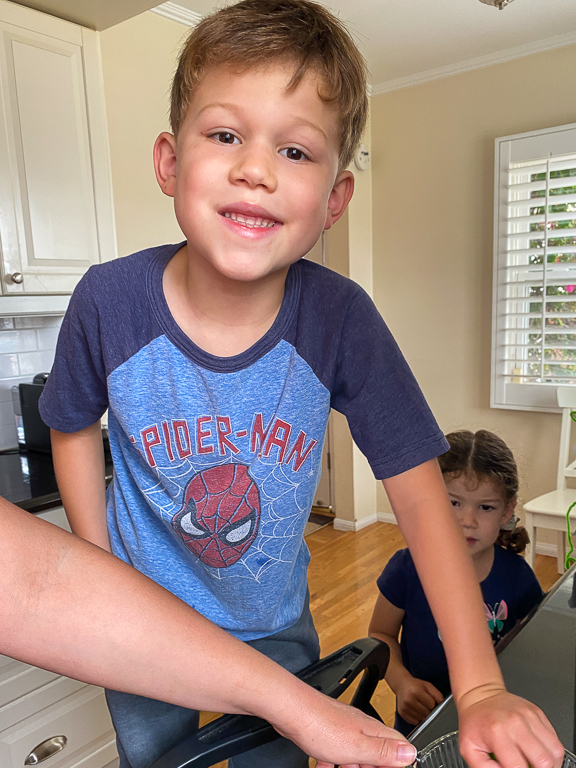 These limes are really juicy! 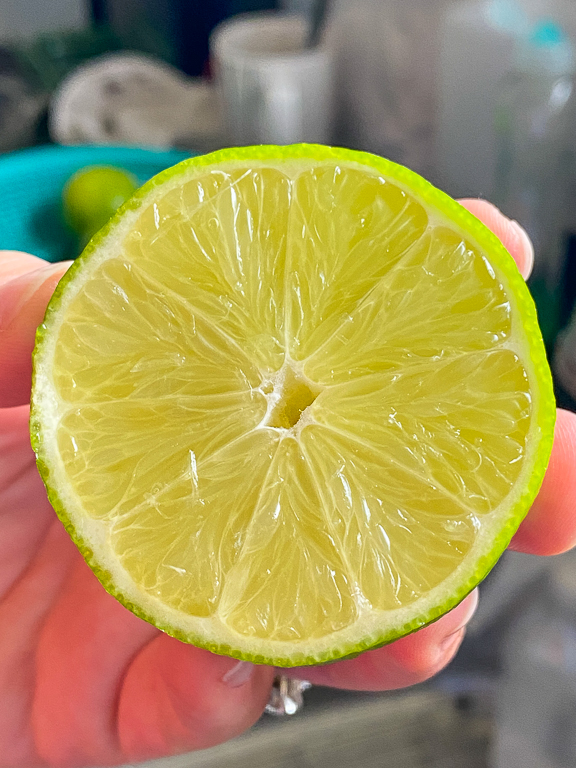 Alli helped squeeze the limes too. 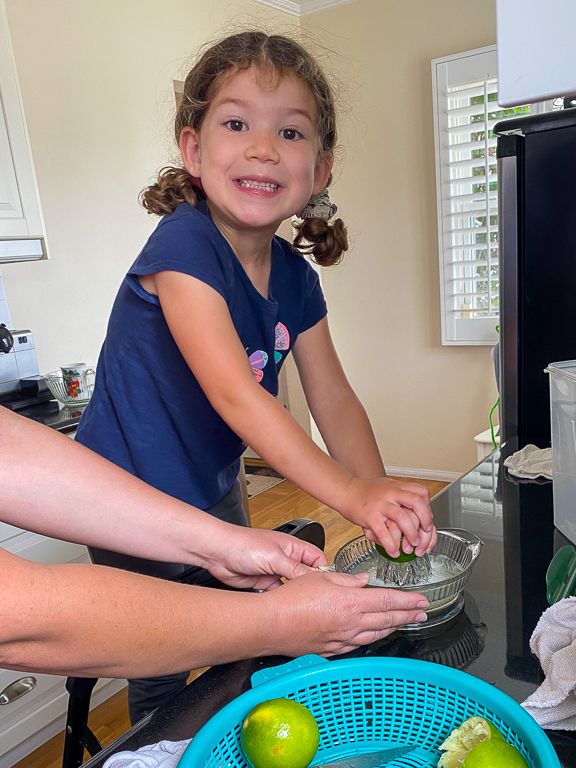 Time to make the Mint Simple Syrup. And guess who happens to have Mint growing in the front yard! 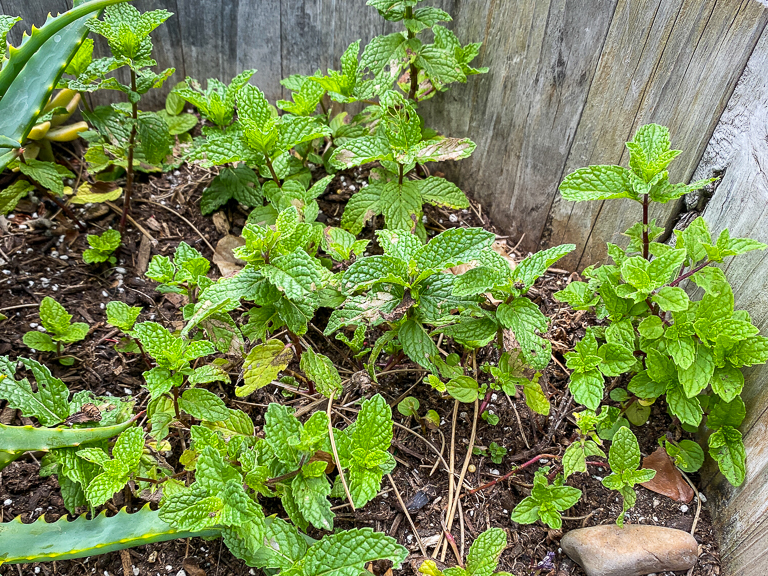 Ian and Alli will regularly grab a mint leaf and chew on it when they're playing in the front yard. For today's recipe, we're going to need a small bowl full of mint leaves. 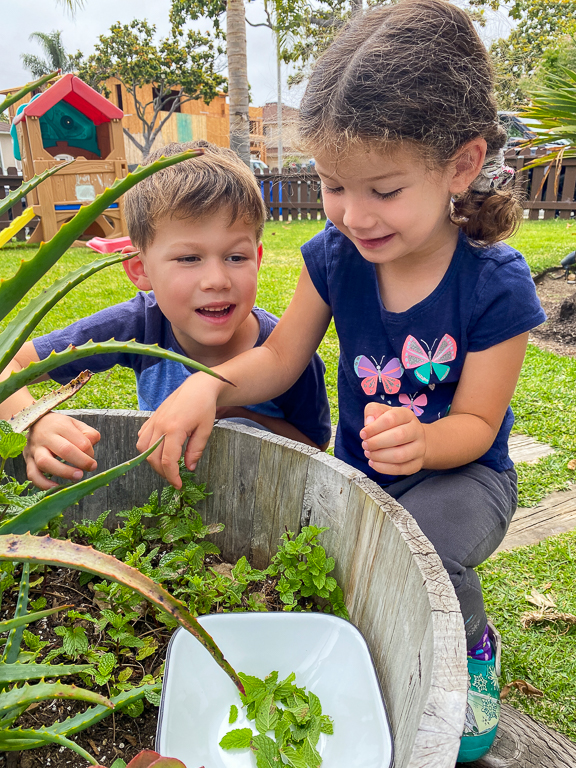 After washing the leaves off, I added them to a sauce pan with half a cup of sugar and half a cup of water. I mashed up the leaves as best as I could to release the oils and brought the whole thing to a boil. Now it just needs to simmer for 10 minutes. 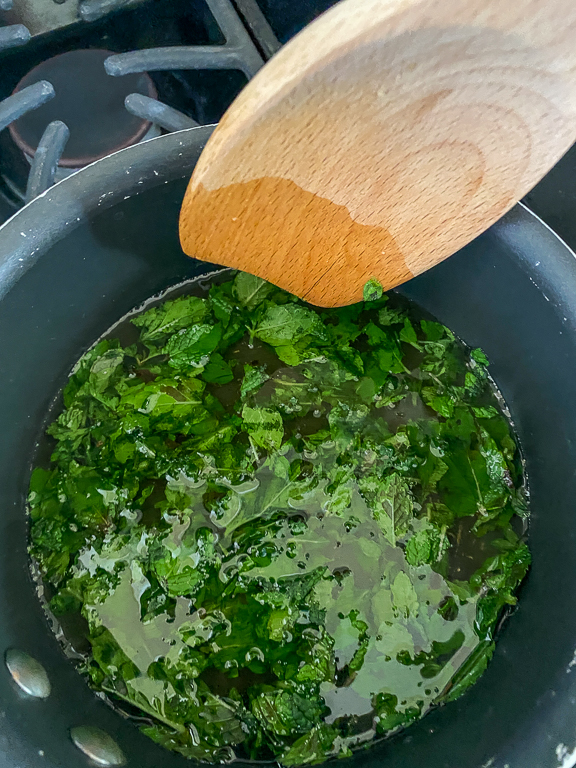 Alli and Ian both like helping in the kitchen. They're good helpers. I see you back there Alli, waiting your turn to stir. 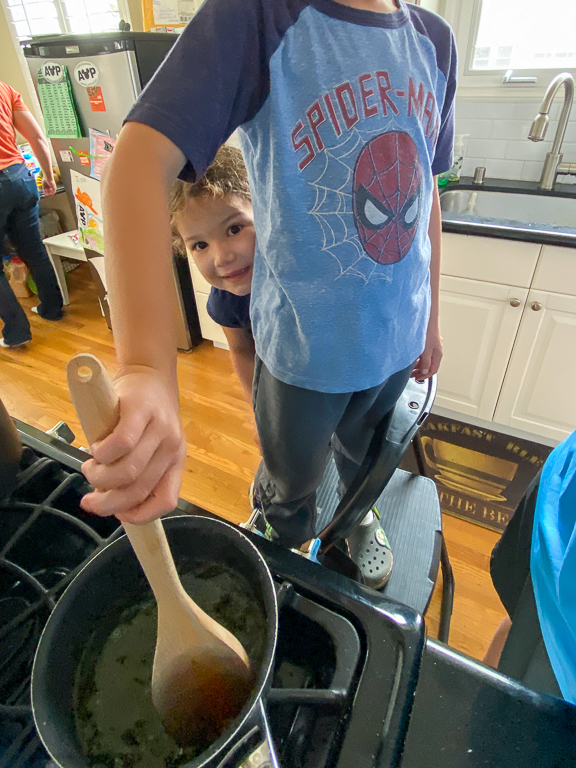 After straining it a couple times, we've got this tasty mint syrup. 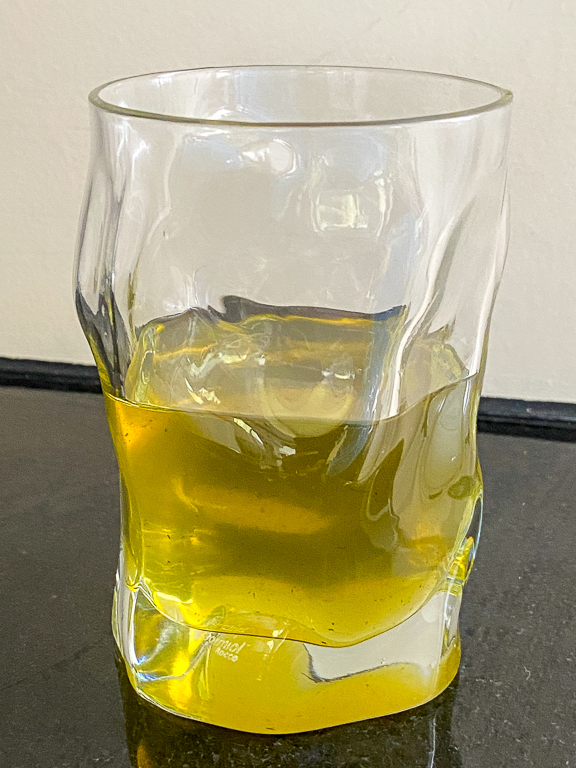 Now it's time to get beignets ready. I'm using Paula Deen's beignet recipe for the batter. 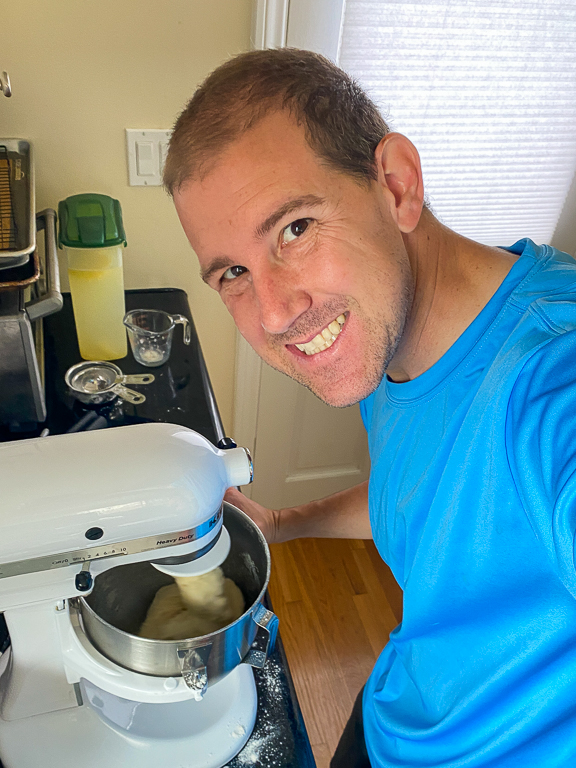 After mixing and then letting the dough rise and rest for 2 hours, it's time to fry them up! And if we're going to imitate Disneyland they've got to be Mickey shaped! I've got a couple size cutters, so we're going to make both. First I used the sandwich bread sized cutter. Those turned out pretty good. 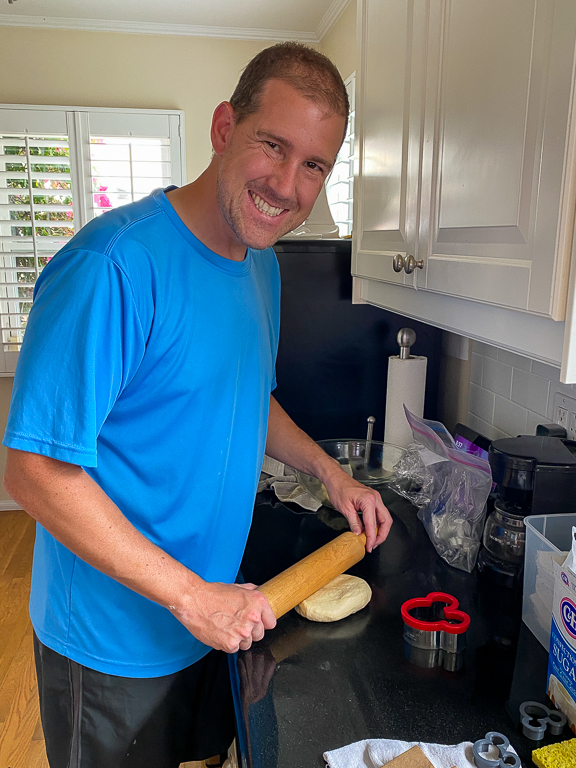 But these mini Mickey heads are adorable. 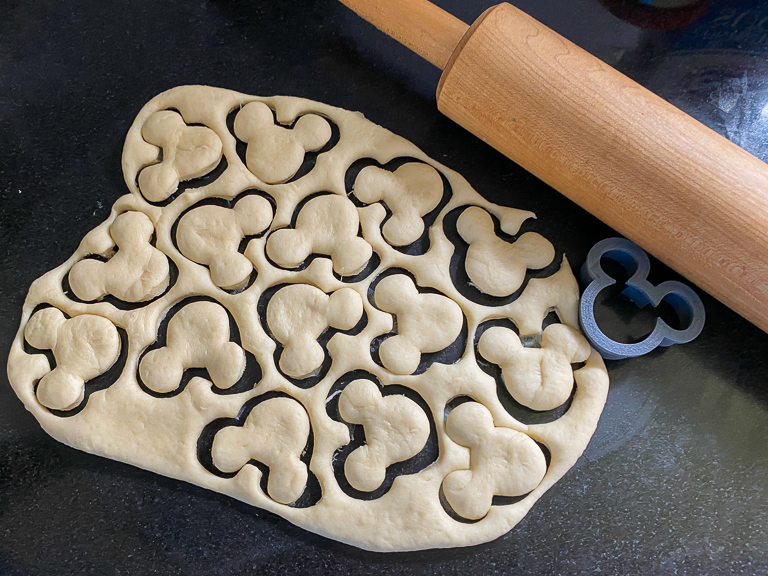 So cute with all those Mickey's floating in that hot oil. 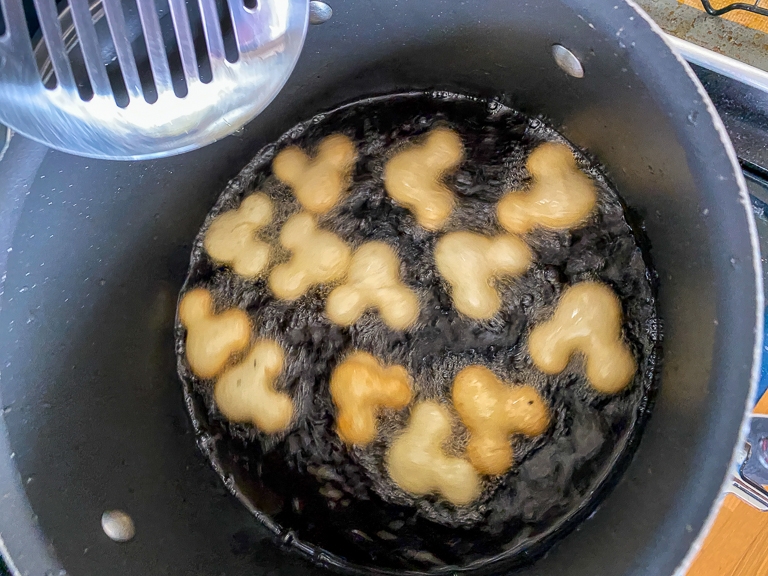 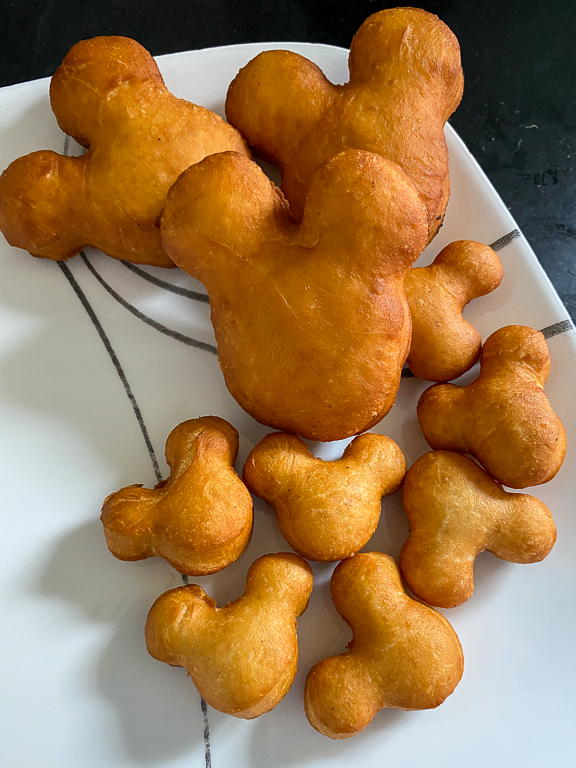 Bam! Hit them with a little powdered sugar! 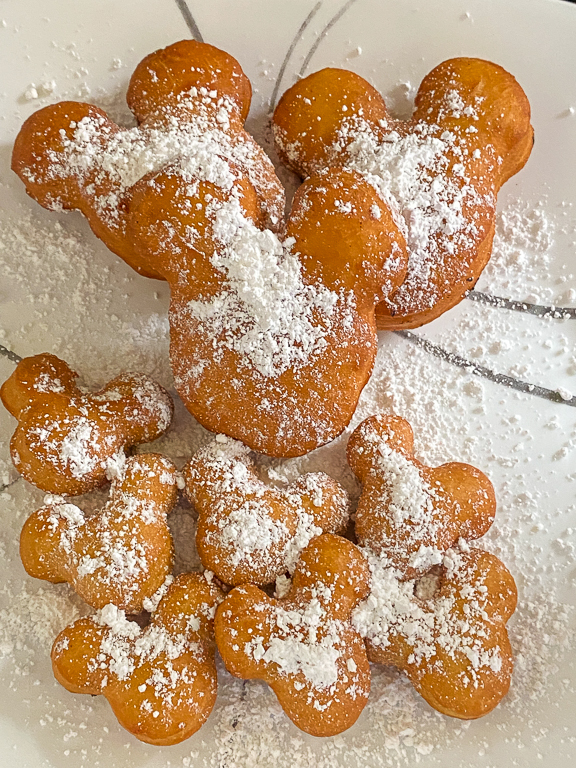 You got the right idea Alli! Time to combine the Lime-ade, Lemonade, and Mint Syrup all together. 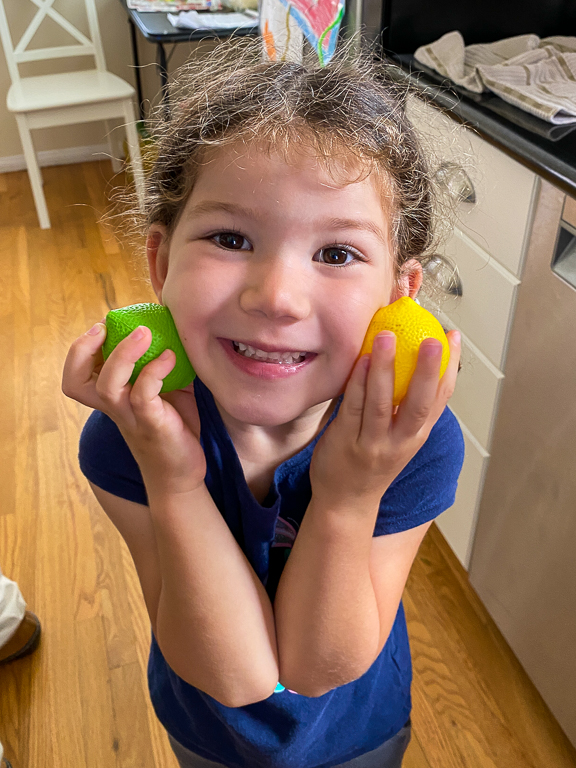 Add a sprig of fresh mint and it's a beauty! 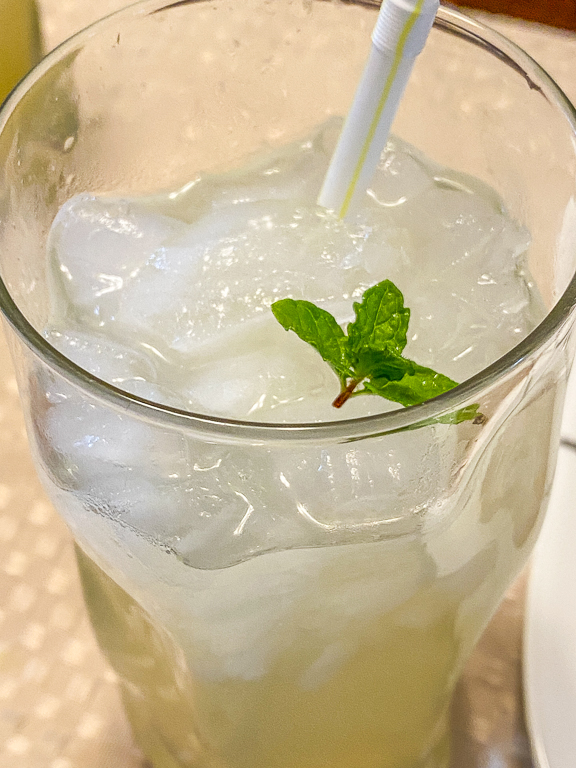 This little boy is wasting no time. 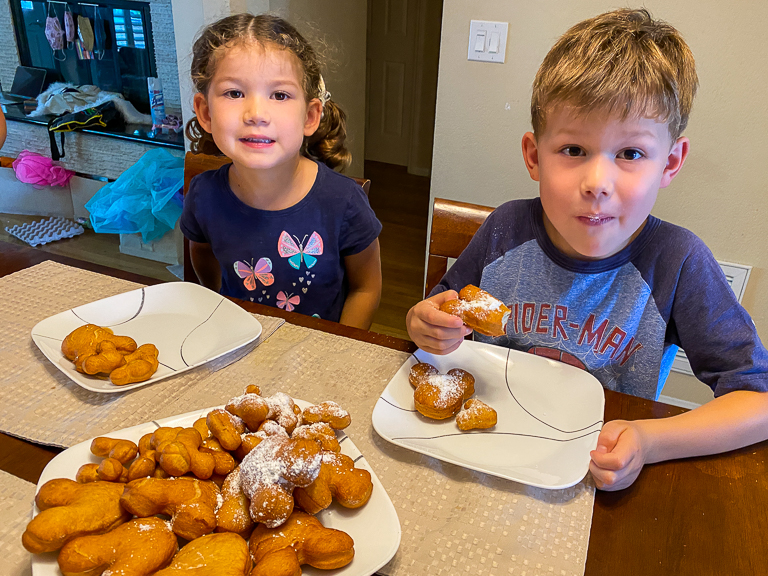 Alli wanted honey for hers. And then after she got the honey, she wanted powdered sugar too. After dipping the beignet into honey, the powdered sugar sticks much better. 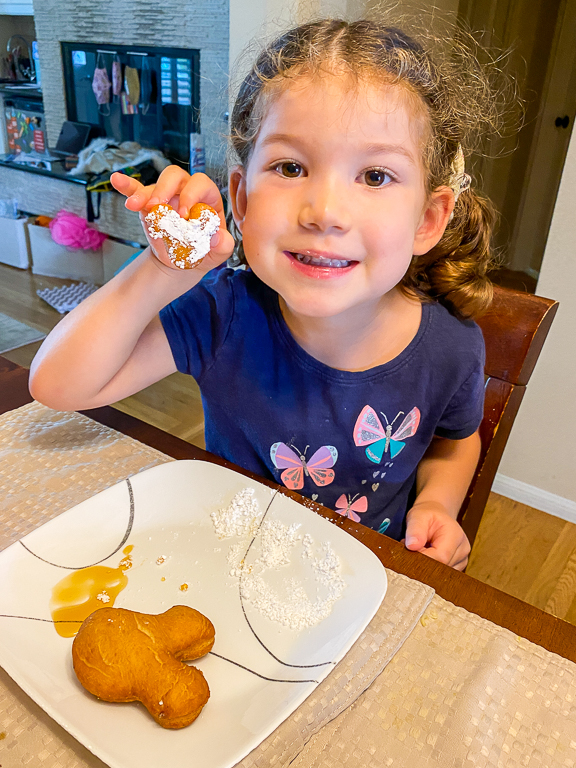 Oh wow, this Mint Julep is so tasty! The Mint Syrup turned out really good. 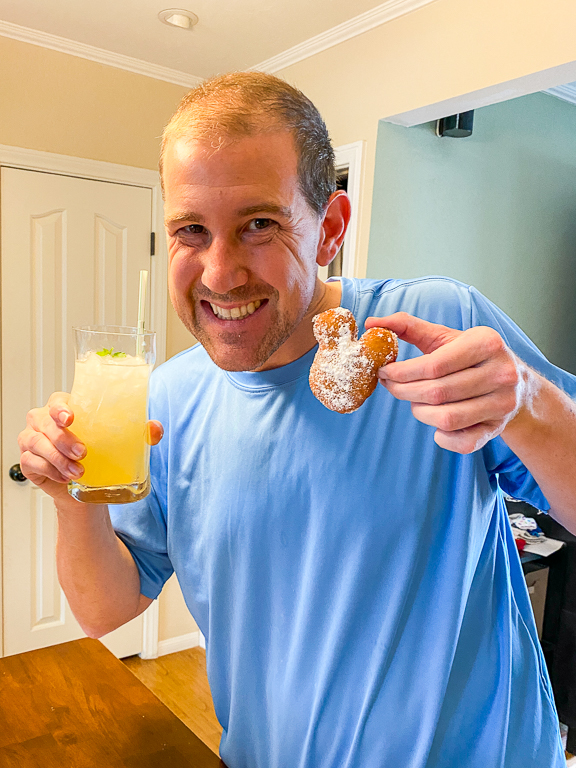 And I wasn't the only one who thought so. Chi was so amazed at the flavor of the Mint Julep. She's loving all these new creations that Theresa and I are coming up with now. 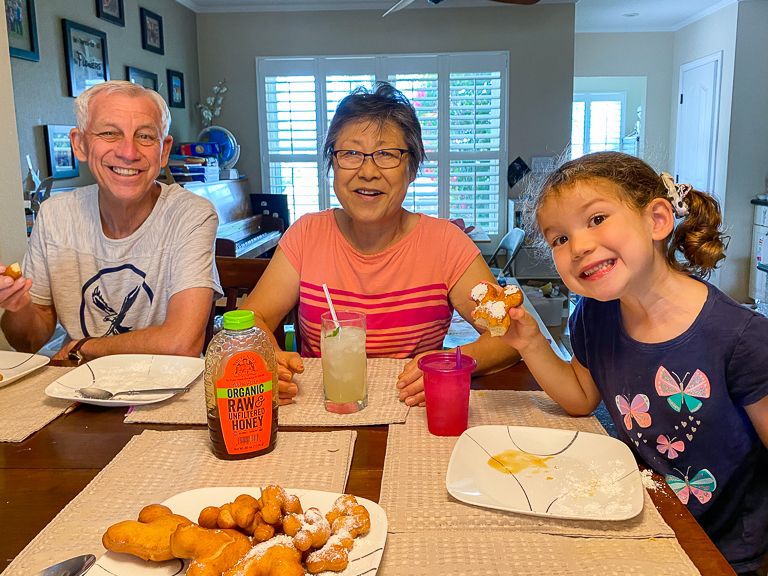 Wow. He ate all those and even wanted more... No more right now buddy, I think we've ruined your dinner already. 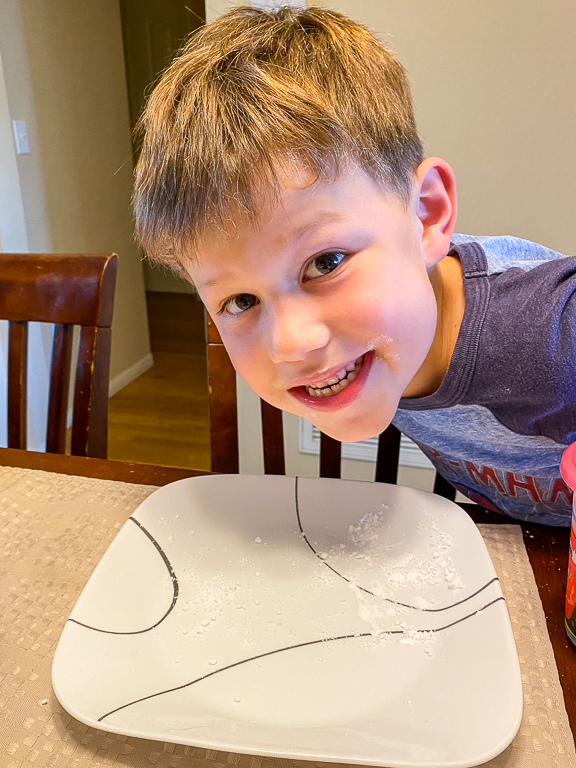 I'm glad we were able to bring just a little bit of Disneyland home. We'll have to see what all we can come up with in this Disneyland Treats at Home series. 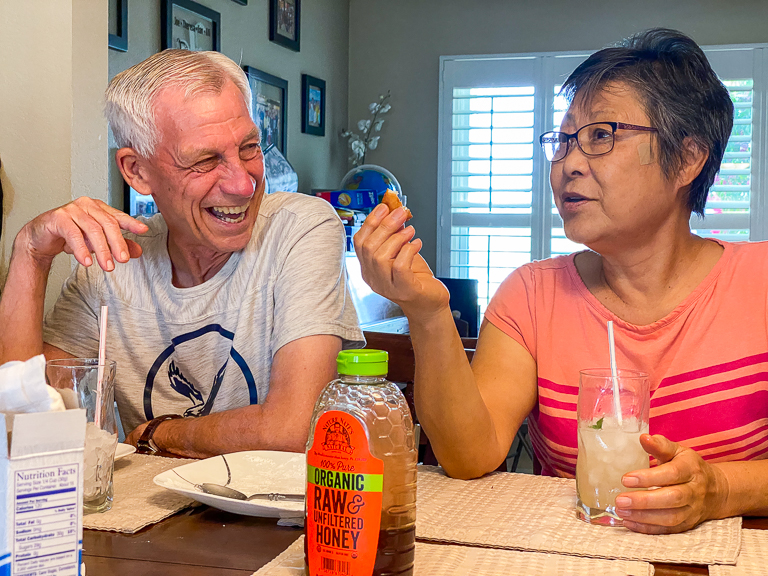