With all this baking that's been going on, Theresa was looking to see what other tasty things we could make. Somehow she came across a recipe for Sopaipillas, those delicious fried dough pillows that our family loves. When I think of them, I can't help but think of the Most Entertaining Mexican Restaurant in the World, Casa Bonita. 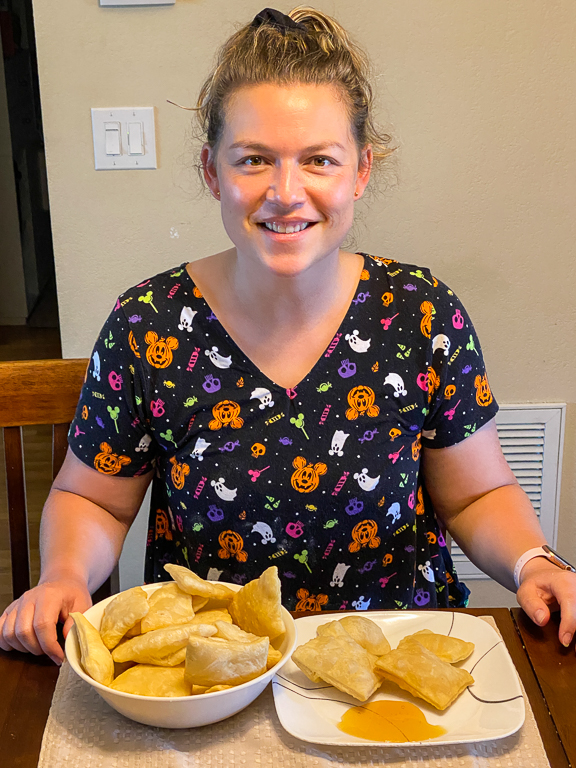 And actually, the last time we were there, Theresa wasn't too impressed with Casa Bonita's sopaipillas. She's hoping that these homemade ones taste a lot better.
It's actually a pretty easy recipe. She used the one from AllRecipes.com for Real Sopaipillas. Just  flour, baking powder, salt, vegetable shortening, and water. 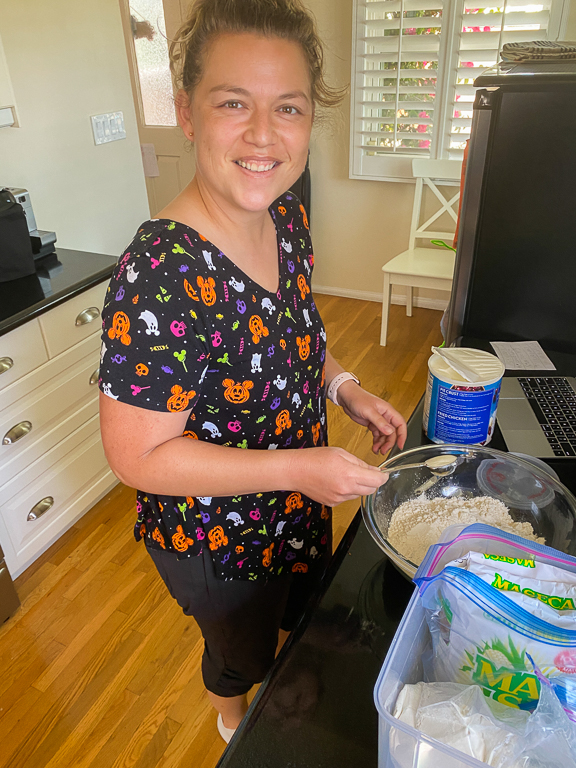 She mixed everything together, covered it with cling film and set it in a warm place for 30 minutes. 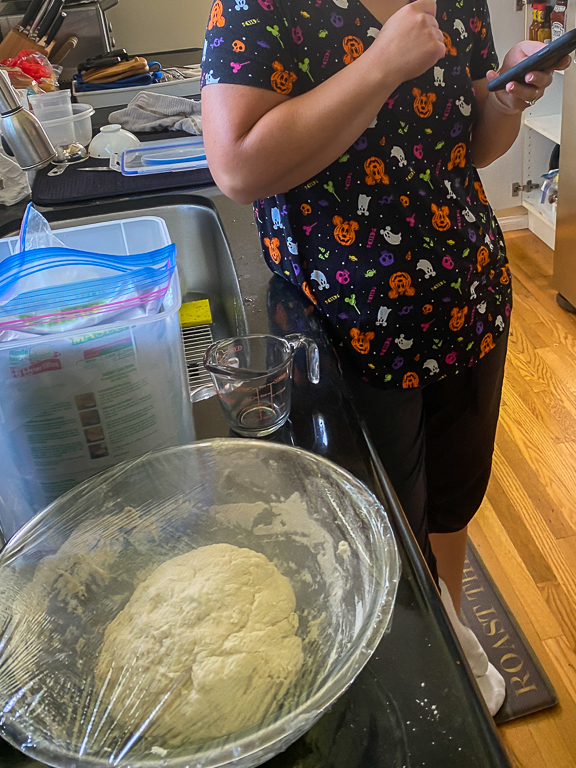 Next she rolled the dough thin. These rubber band guides on the rolling pin help keep the dough an even thickness. 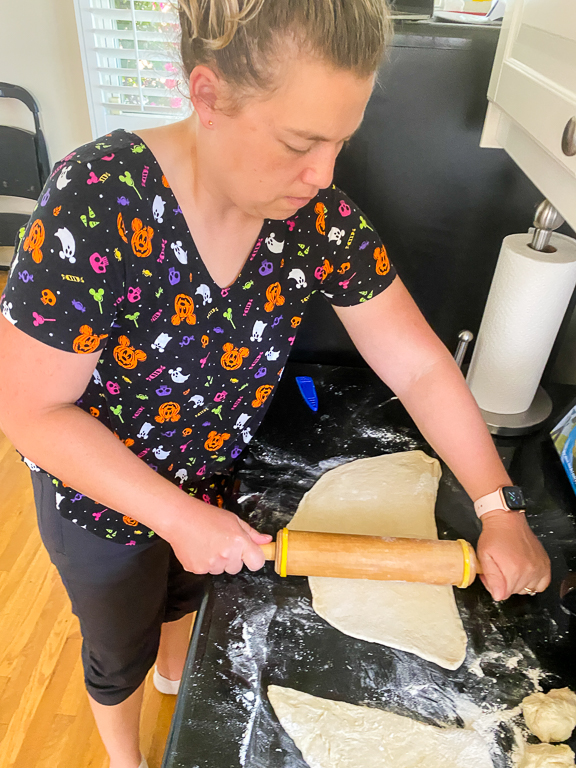 Trimming the dough into 2-3 inch pieces. 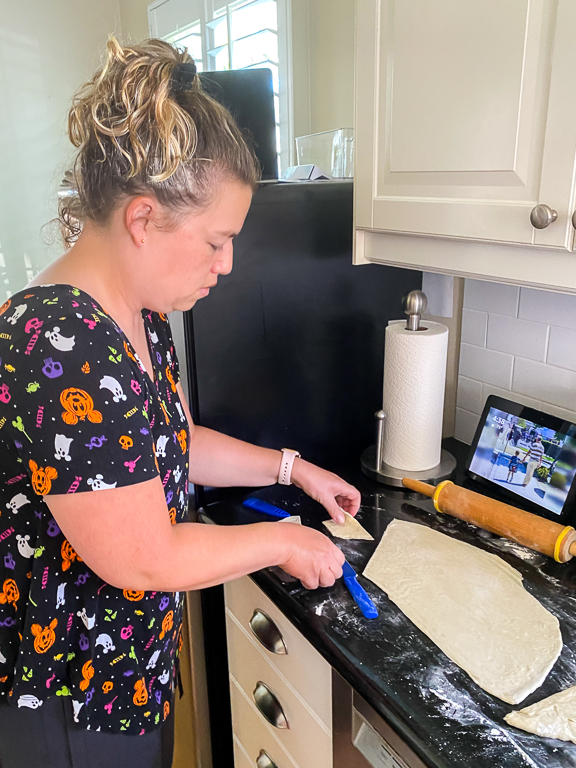 Time to hit the hot oil! 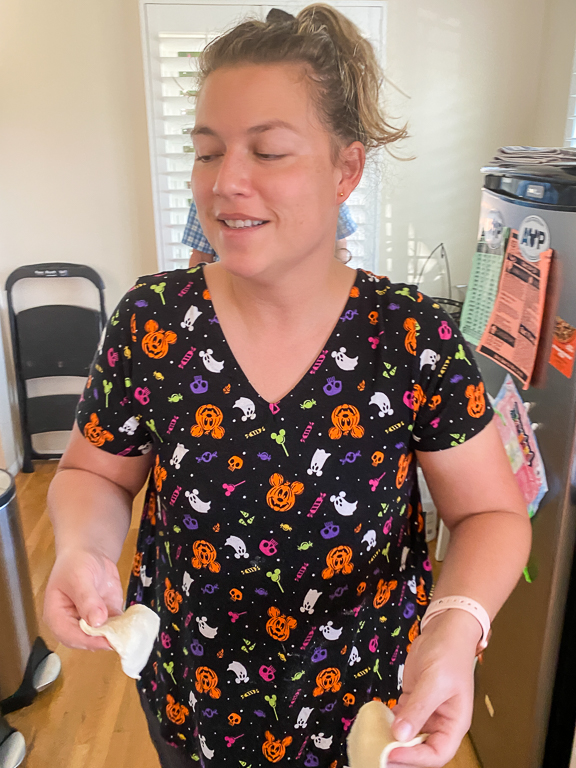 Theresa did the first couple, then I took over frying duties. 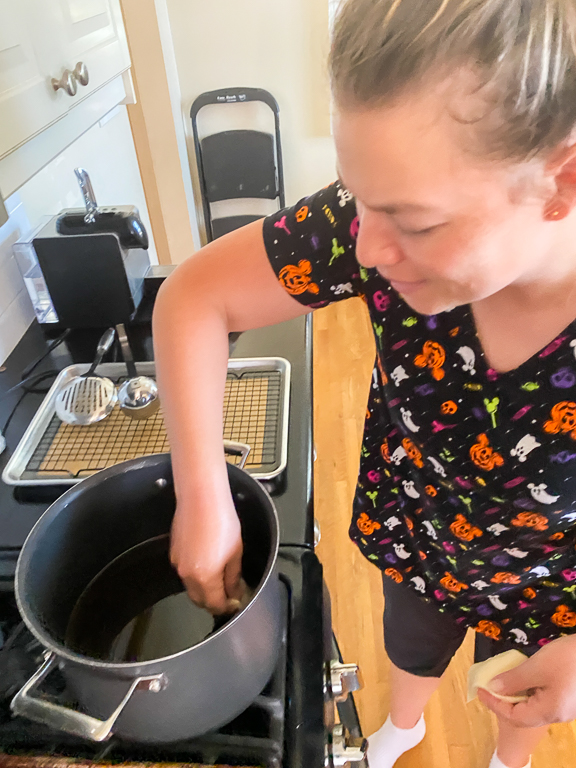 Apparently the trick to getting them puffy is to cut them in nice squares or rectangles, and then ladling hot oil over the tops of them while they cook. 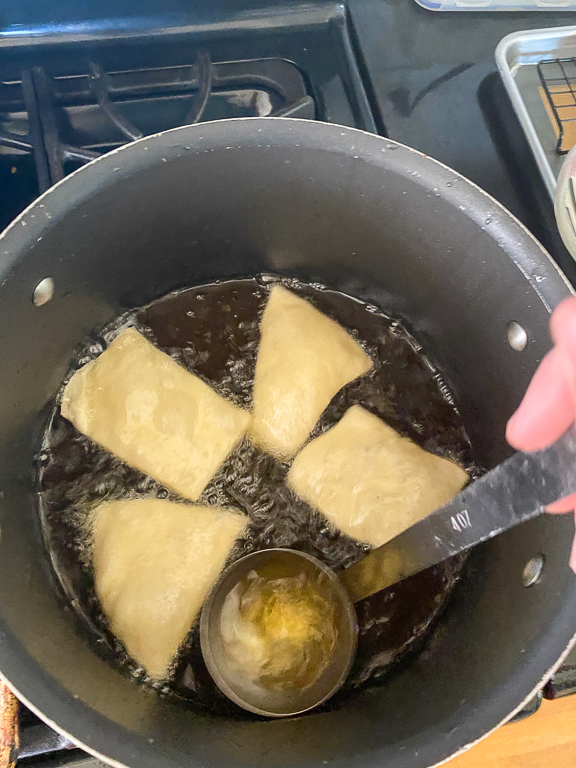 I stayed in the kitchen frying sopaipillas and sent batch after batch out to the dining room. The kids and the grandparents thought they were fantastic. Chi wouldn't even tell us how many she ate before we came out. And the best way to eat these is with honey! 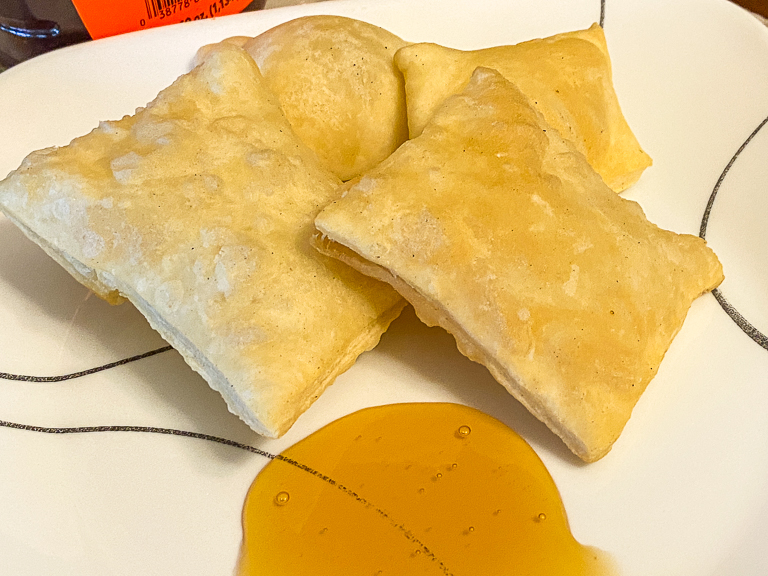 What a delicious bowl of sopaipilla goodness. 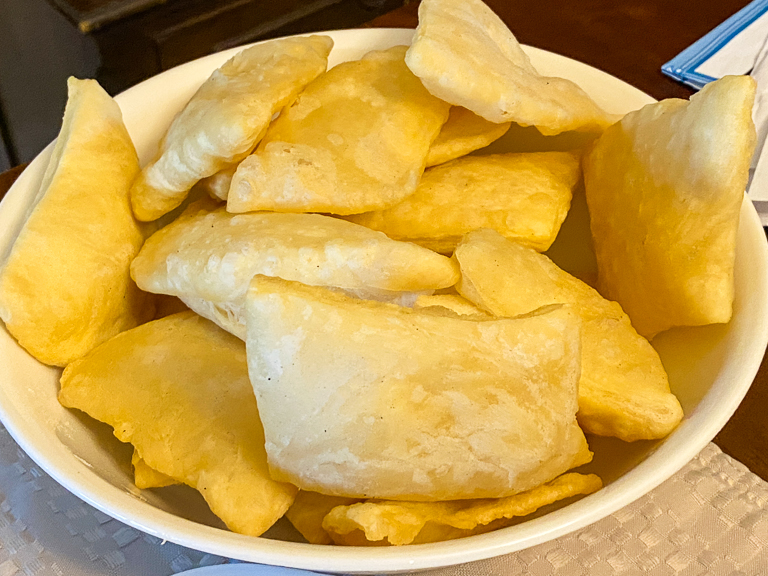 And like the Cheese Fondue, Cheesecake-Stuffed Strawberries, and Pretzels before it, Theresa pre-coordinated with the family in Michigan that they'd make sopaipillas too and then we'd all eat them together! It was fun chatting with everyone and hearing what they've been up to for the past week. 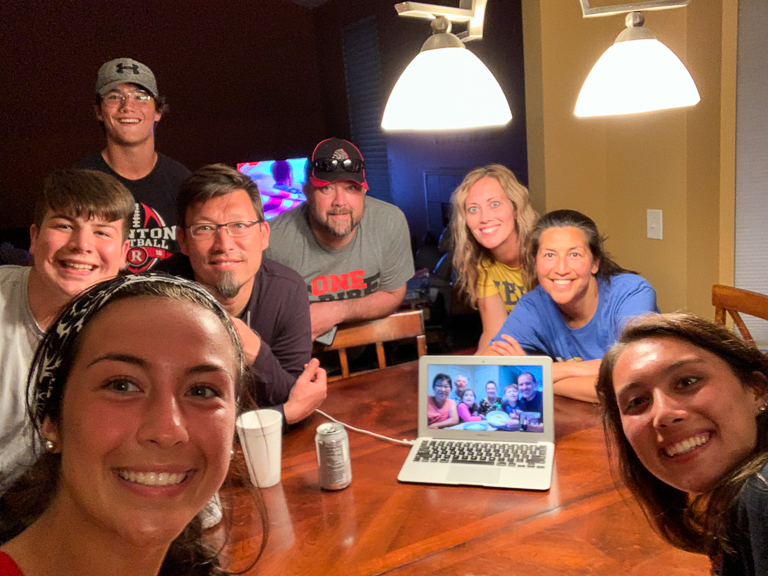 Alright Theresa, how did your version of sopaipillas turn out?
Theresa - They turned out great! I don't ever need to go back to Casa Bonita again. 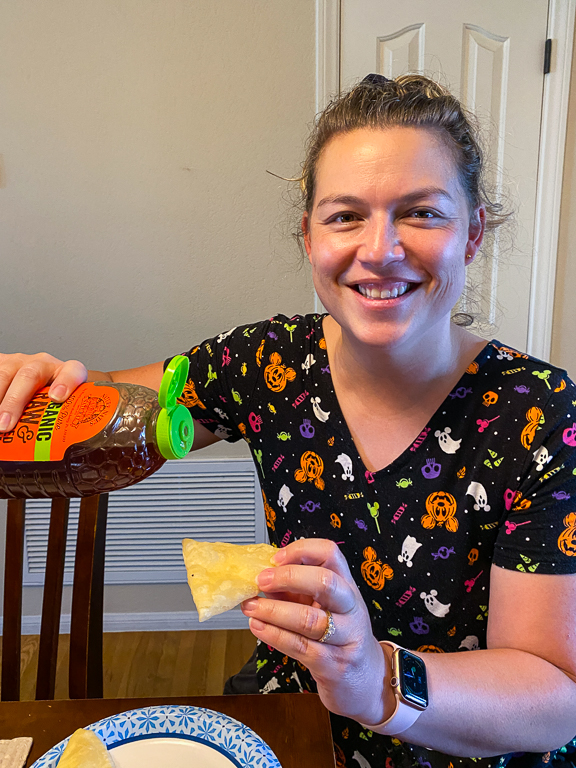 Don't say that... But I do agree about the sopaipillas. They are delicious! Nice work! 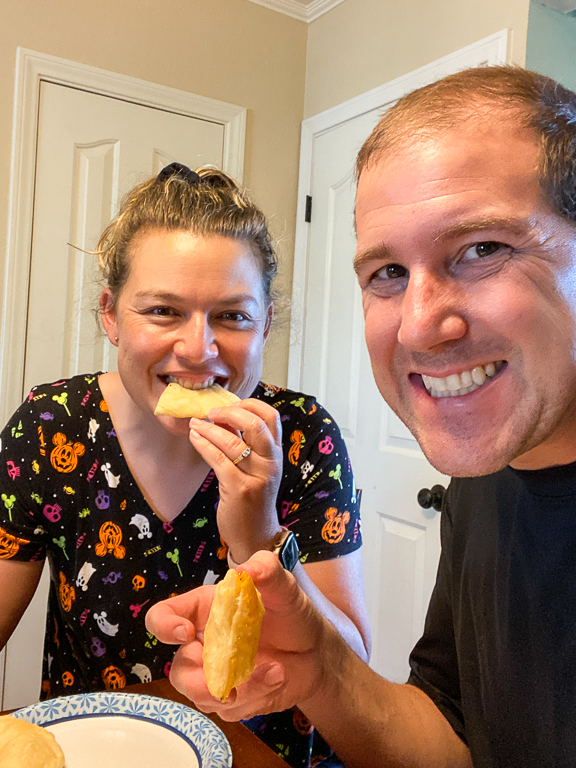