Ian and Alli were both very excited to tell me something in the morning. Apparently they had been discussing things they could do the next day before they went to sleep last night. They want to have their very own taste test. The first one they've ever done where they're the ones in charge.

They were excited to put it together and told me everything they had planned. And of course they wanted to make sure I would write it up in one of my stories. 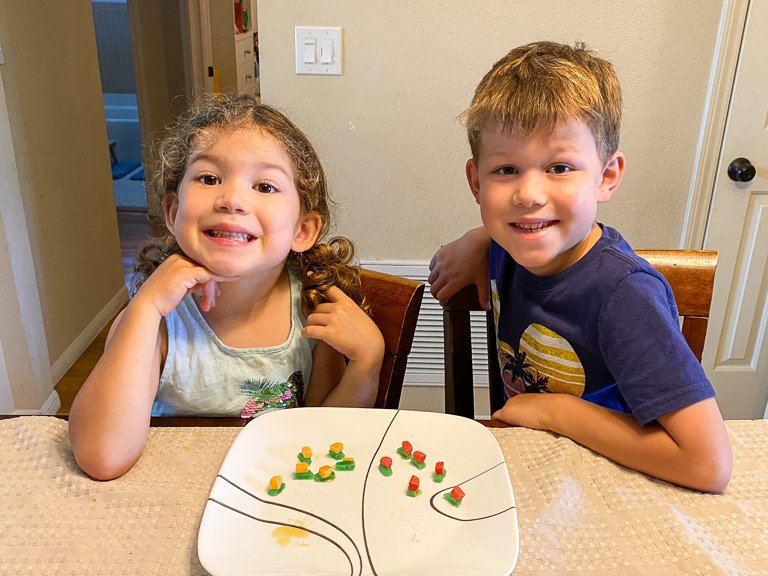 It's going to be a comparison style test where they'll make us two things and then we get to pick which is our favorite. For our ingredients, they were excited to tell me they're using a large Sour Patch Kid, Honey, and an Orange and Red Starburst. Thus the name we came up with Sour Bursteys (Sour Patch Kids - Starburst - Honey). 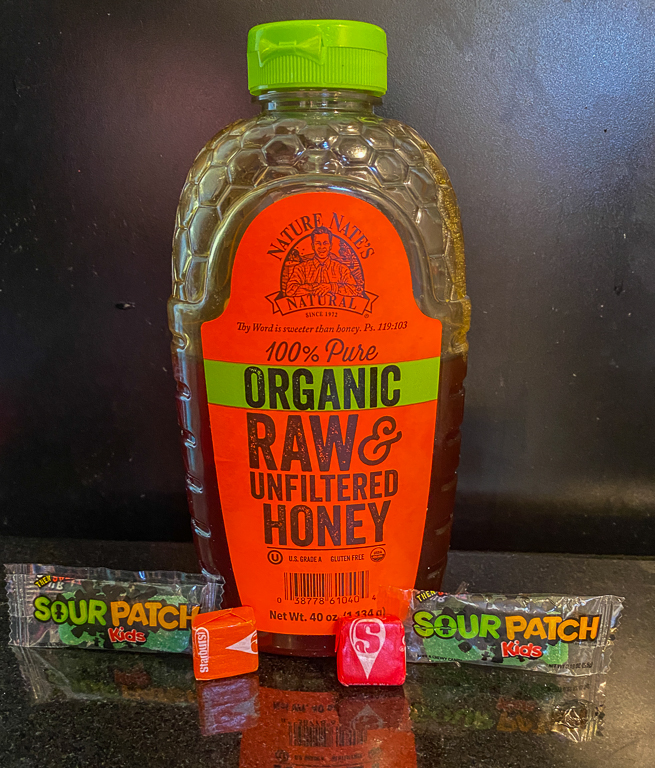 How do you make these Ian? First he unwrapped everything, in preparation for me using the knife. 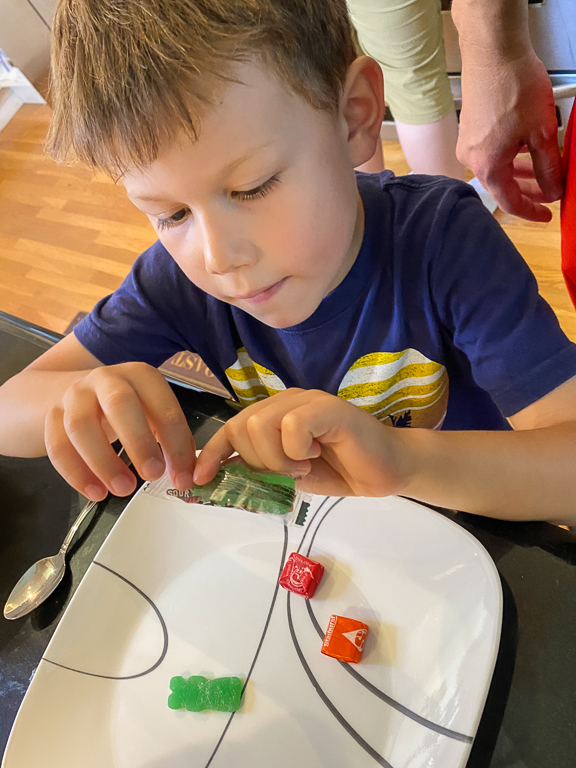 After confirming everyone would be participating, he requested I cut everything into 6 pieces. 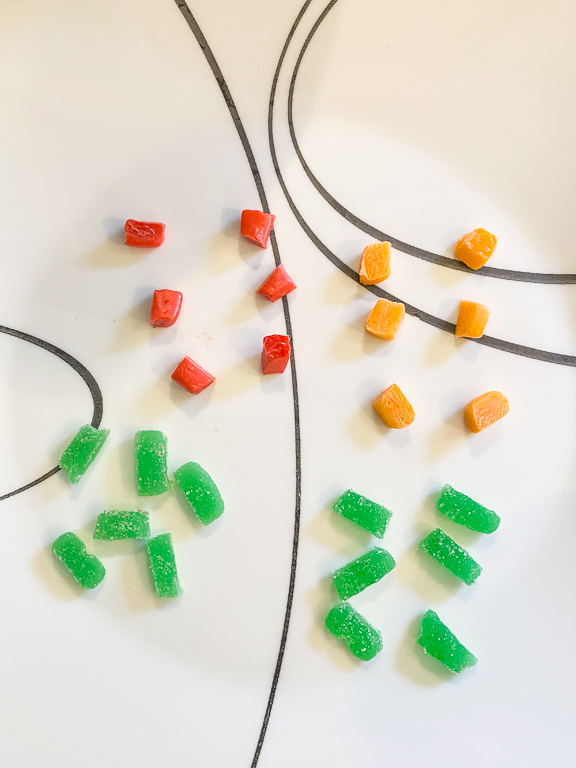 He squeezed a bit of honey onto the plate. 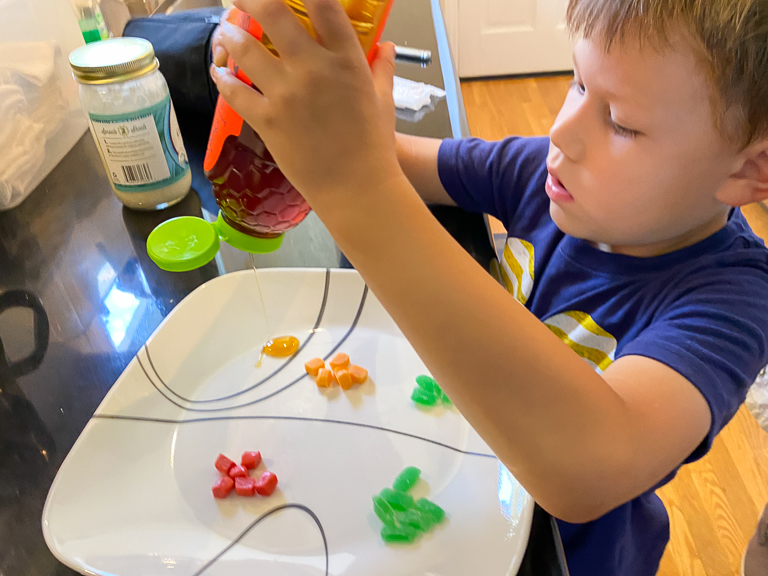 And used it as a kind of glue in order to stick the two pieces of candy together. 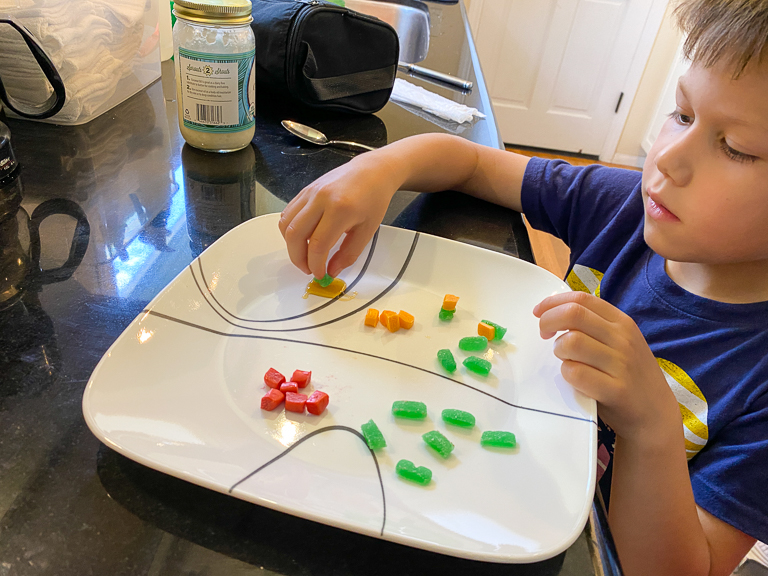 Very focused on getting all the pieces stuck on there correctly. 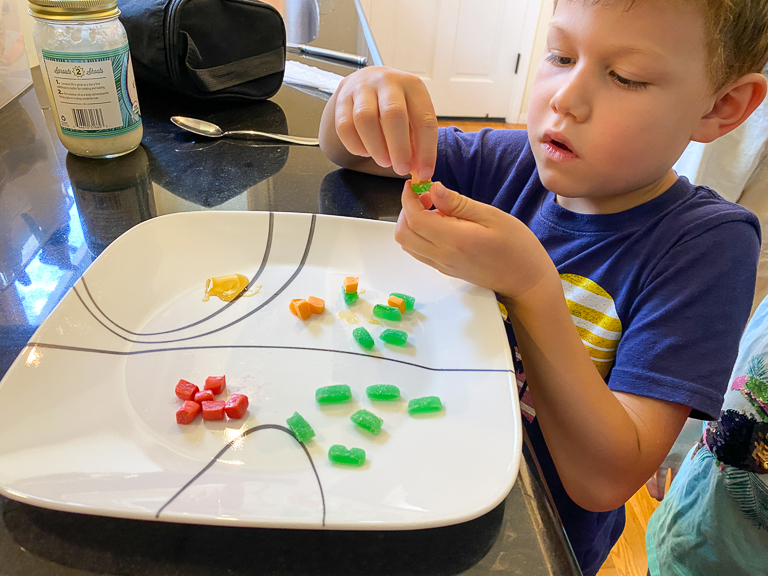 Afterwards, it was time to head to the dining room and get in our usual taste test spots. 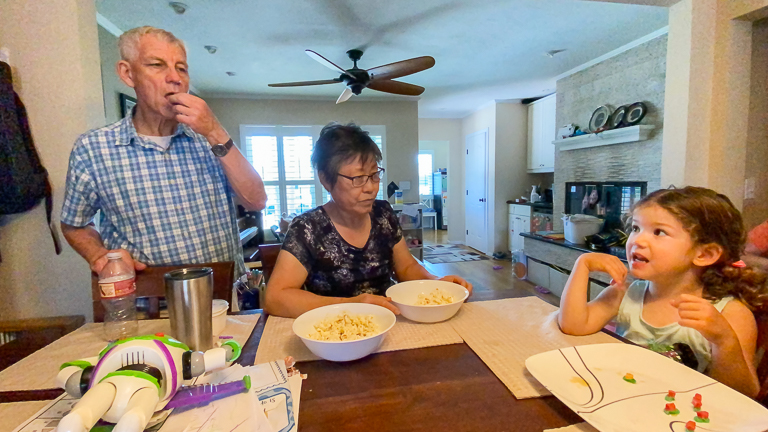 First we tasted the orange flavor. The honey flavor came through first, and then the green apple sour patch kid and orange. Tasty.
Next was the cherry flavor. It was similar, but with a cherry flavor this time. Both are very chewy and get stuck in your molars.
Between everyone, the votes were 3 and 3. The kids and grandpa liked cherry. The rest of us liked orange. 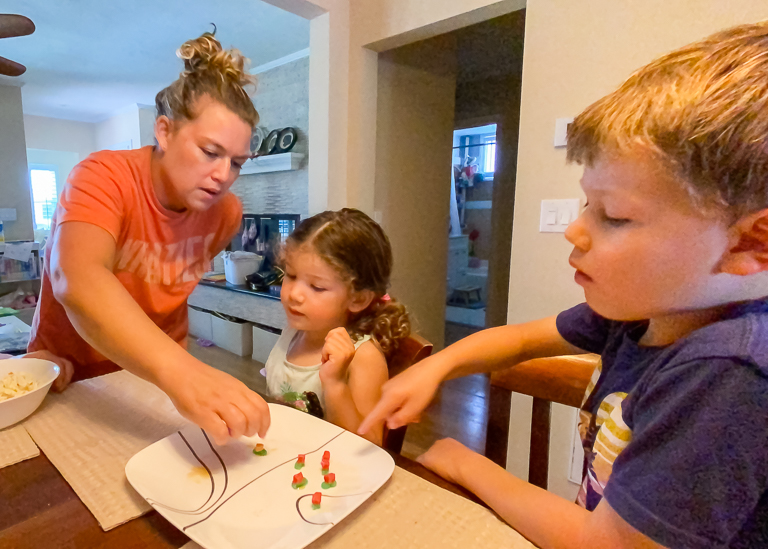 Excellent taste test guys! Thanks for planning it and putting it all together! 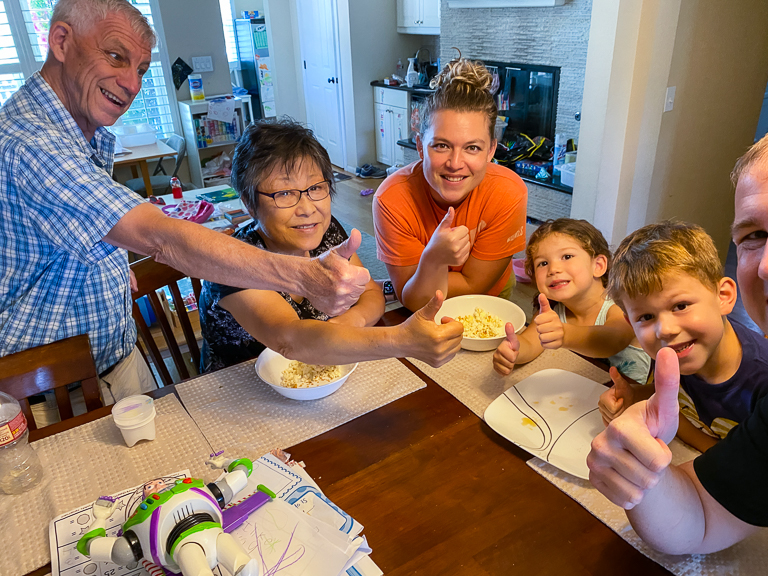