For tonight's Make At Home Meal, we're going to attempt to recreate Wendy's. There's so much to do for this one! 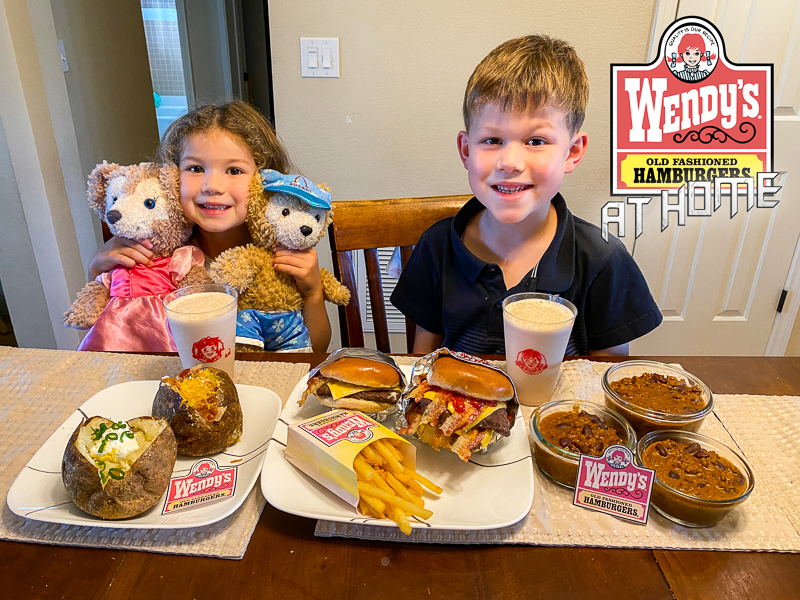 I think there's really no question as to what our drinks are going to be. It's got to be a Frosty, right?
The kids would normally try to free-hand the cup decorations, but I had a better idea this time. Since the glasses are clear, I could put the image we want on the inside... 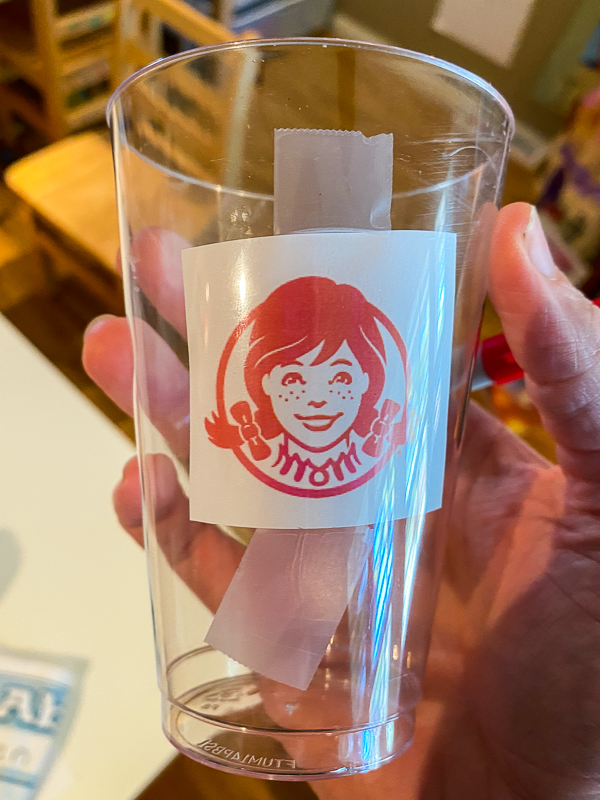 And then trace the pattern onto the cup! Ian watched me as I did mine. 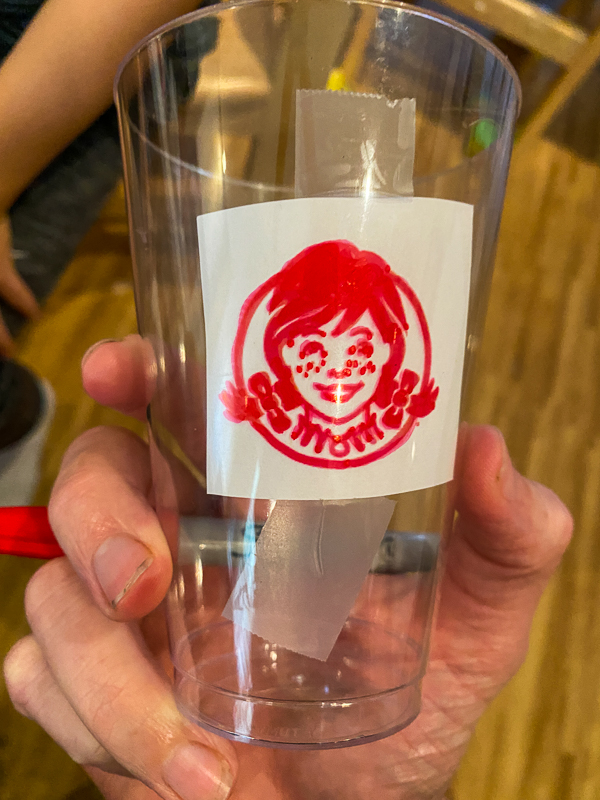 And then he showed his sister. 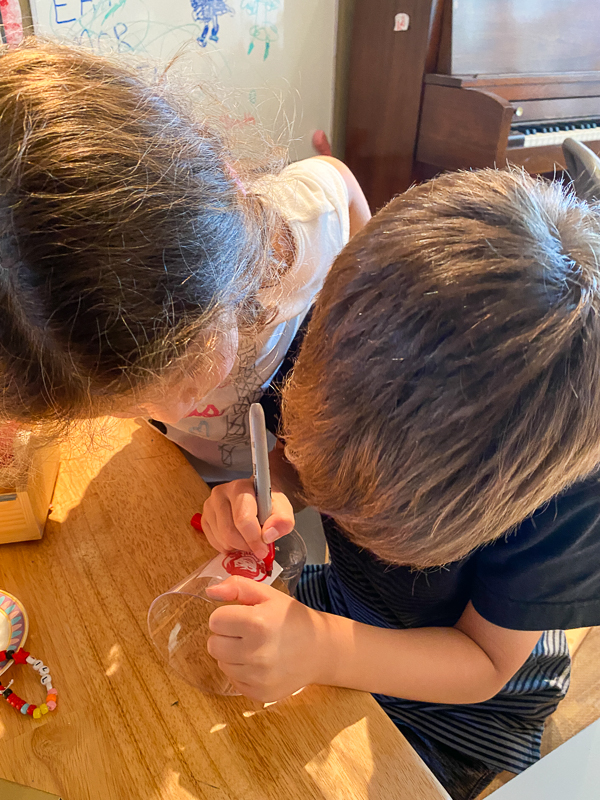 And after watching him, Alli made hers. Good teaching guys. Alli made sure to write her name on it so we'd know which one was hers. 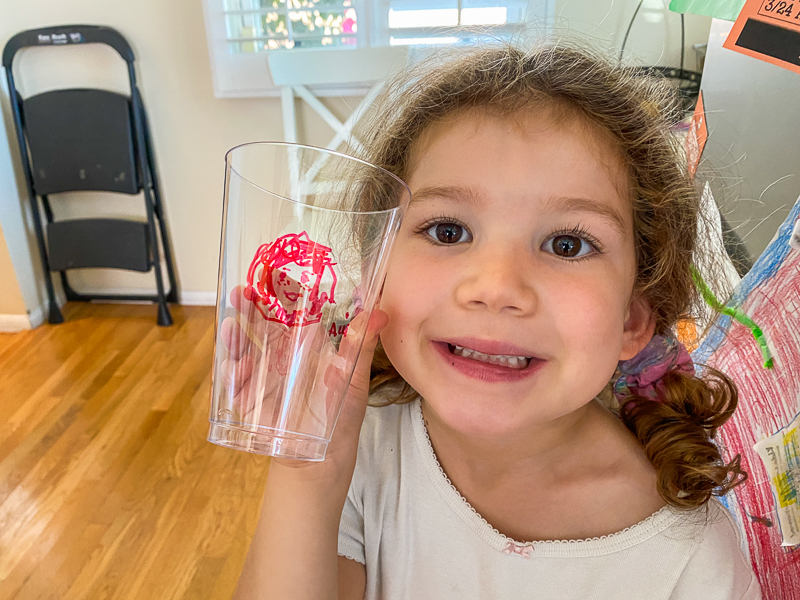 About an hour earlier, I got some potatoes baking in the oven, followed with fries.
On the stovetop I browned up some hamburger for chili. 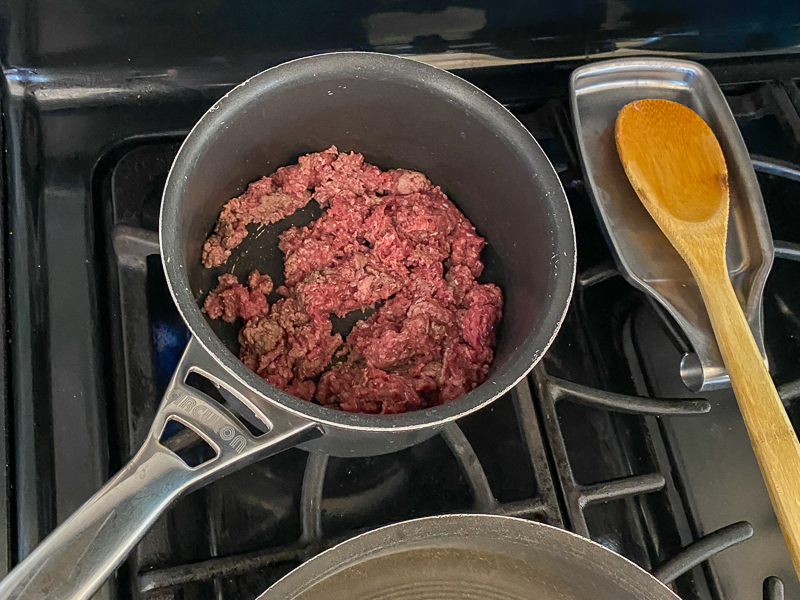 I also prepared some hamburger patties, forming them into classic square shape. 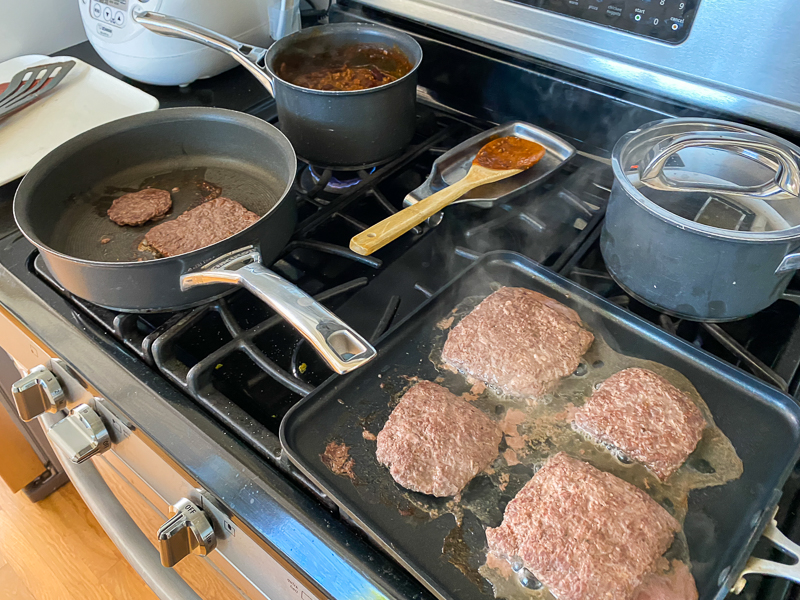 And for the Frosty, I used this recipe, which called for vanilla ice cream, milk, and Nesquik. 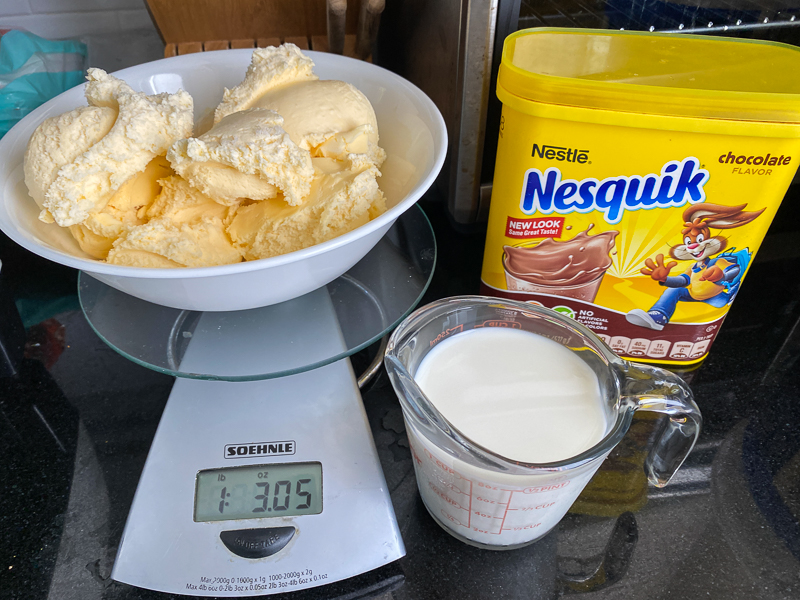 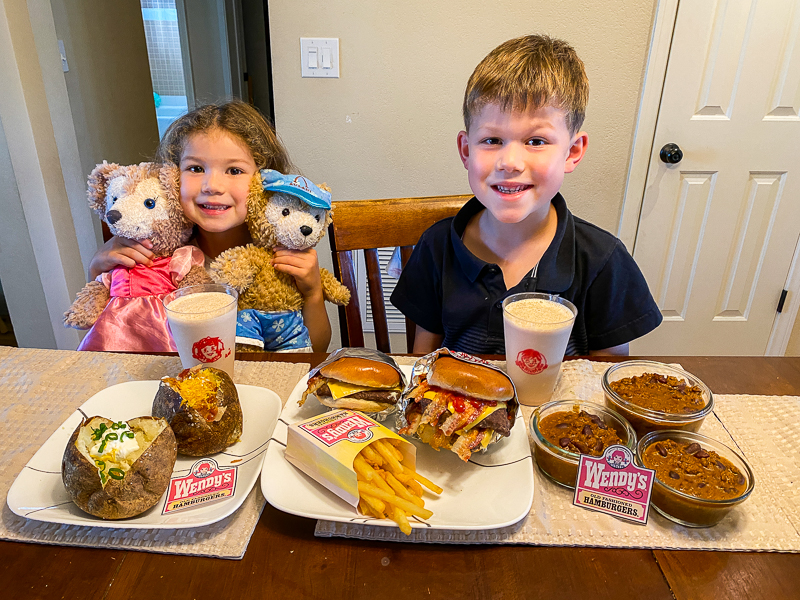 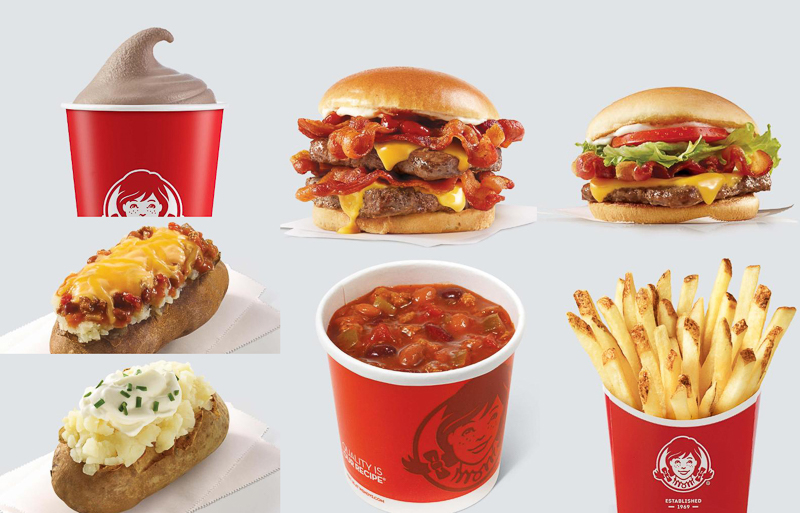 The classic chocolate Frosty. The kids were wondering who was going to get which one. Don't worry guys, I'll be taking the small one. 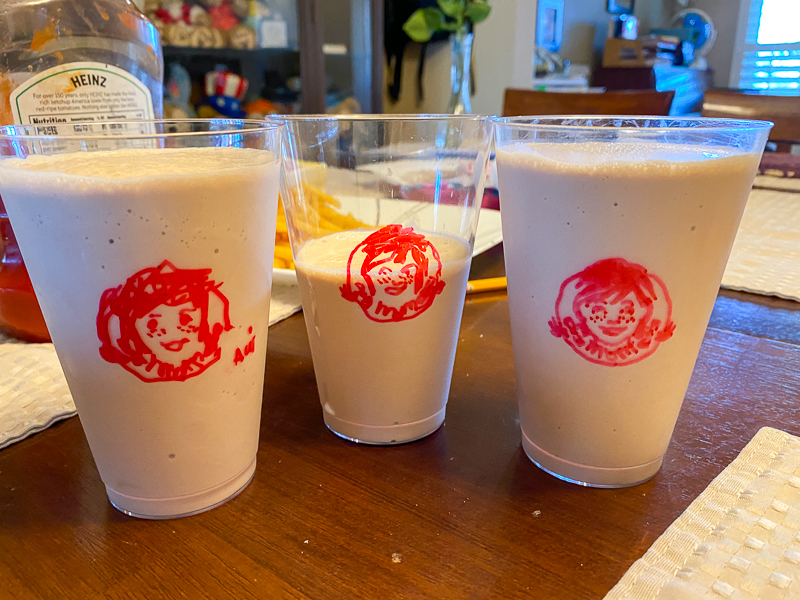 Our burgers look great. For myself I made a Baconator! Two patties, two slices of cheese, six slices of bacon, mayo and ketchup, and I buttered the top of the bun to make it shiny like the picture. For Ian I made a Jr. Bacon Cheeseburger, just like I'd also get when I was little. Just 1 patty, cheese, 2 strips of bacon, and mayo. No lettuce or tomato, thank you. 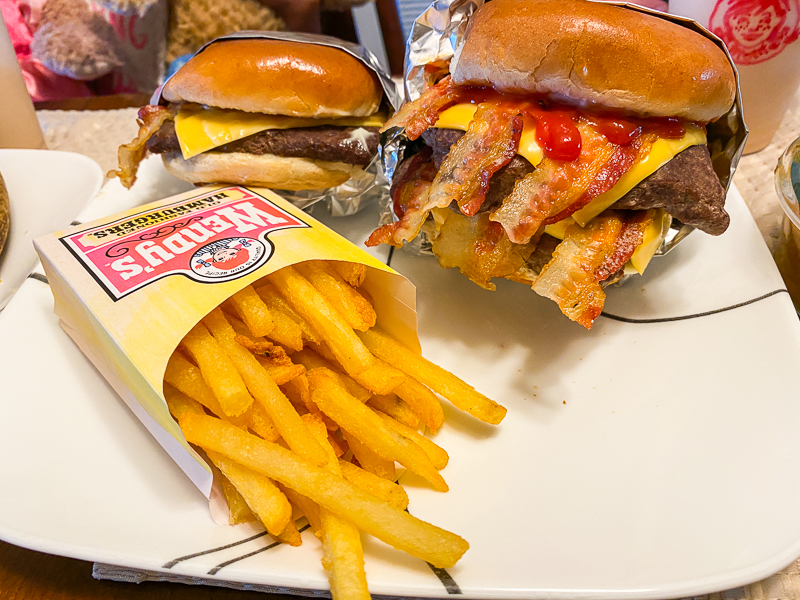 And since I'm making it myself, I choose to make the classic french fries, along with a classic fry box, instead of the newer natural cut fries. 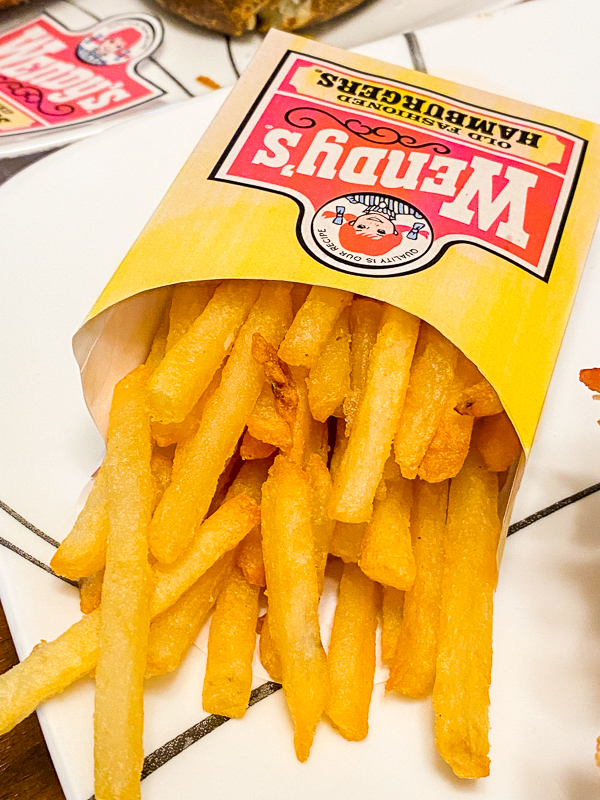 Baked potatoes are pretty easy. One with sour cream and onions, and another with bacon and cheese. 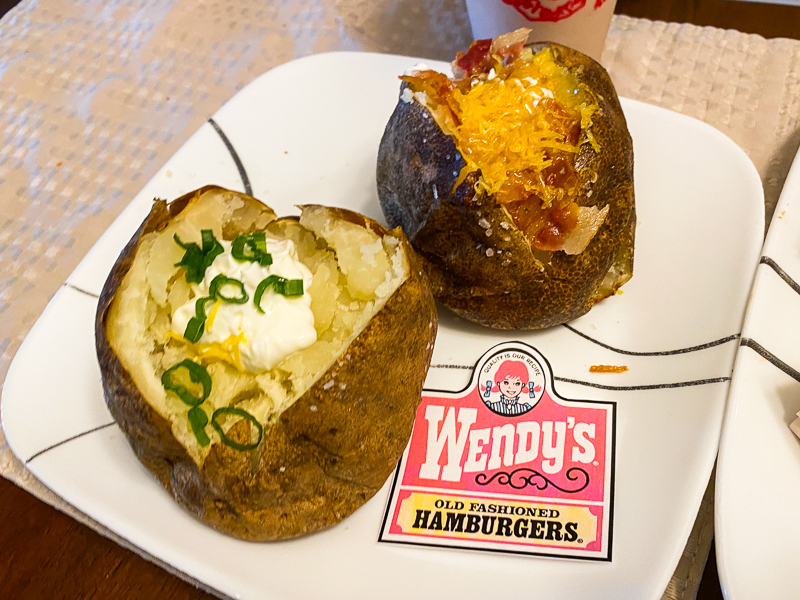 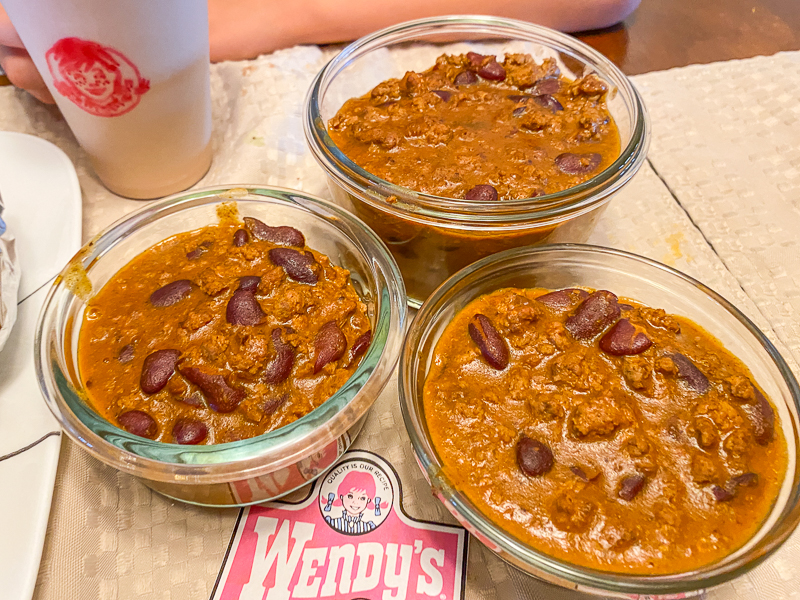 Mmm. This is my burger tonight. I think I made the patties a little too big. They didn't shrink as much as I was expecting. Oh well, it's still going to be delicious. 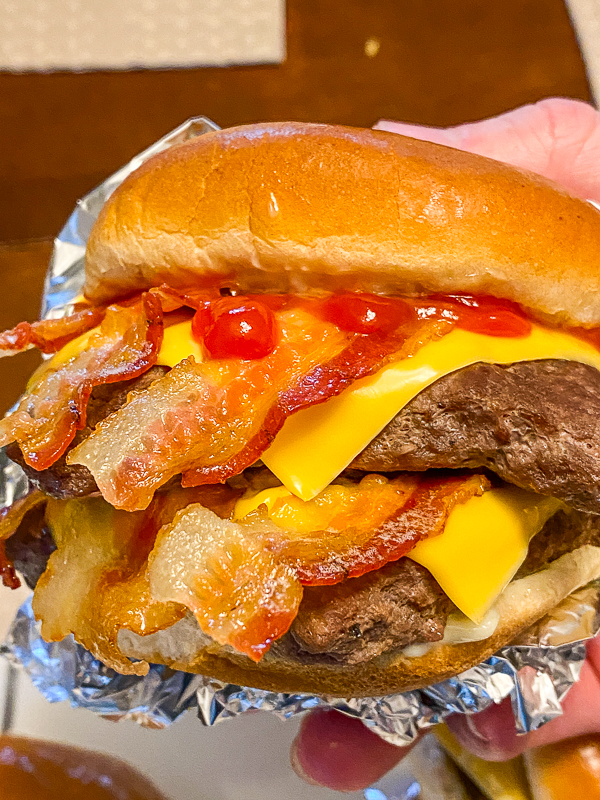 And the kids both remembered what I like to do with my fries whenever we eat at Wendy's. Dip them into my Frosty! The combination of salty and sweet is yummy! 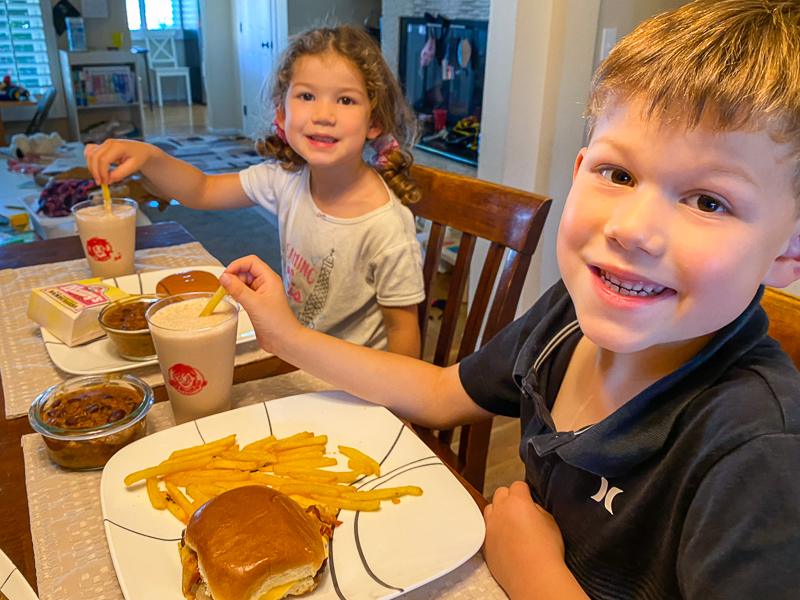 Ian thought this was the best taste test we've done so far. Even better than Olive Garden! It's been the best burger, best sides, and best drink.
I still think Olive Garden has been the best, but I'm glad the kids are loving these Make at Home meals! 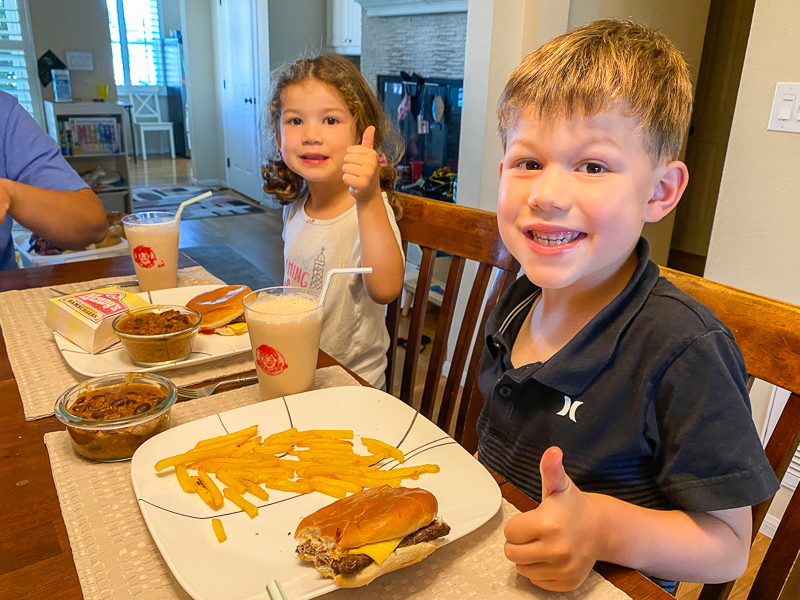