May The Fourth Be With You! Happy Star Wars Day! 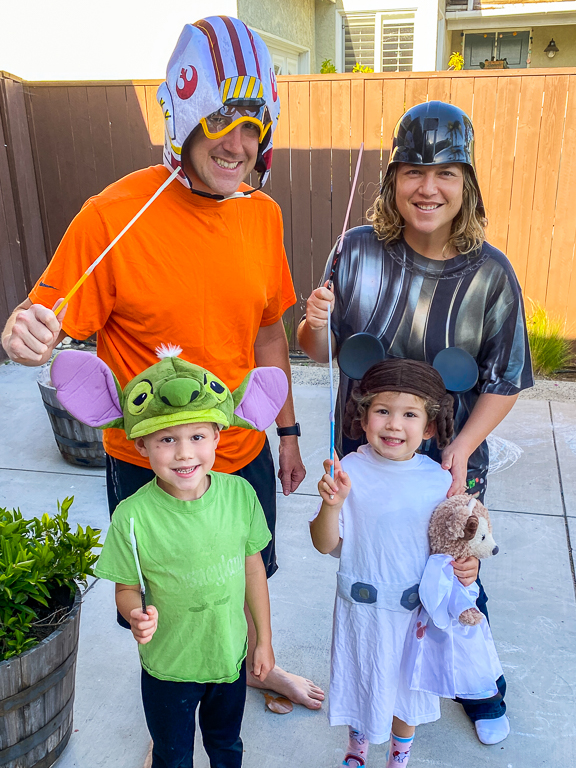 Before going in to work, I got a picture with the kids. Love those Star Wars shirts kids. And I'm rocking a Star Wars tie. 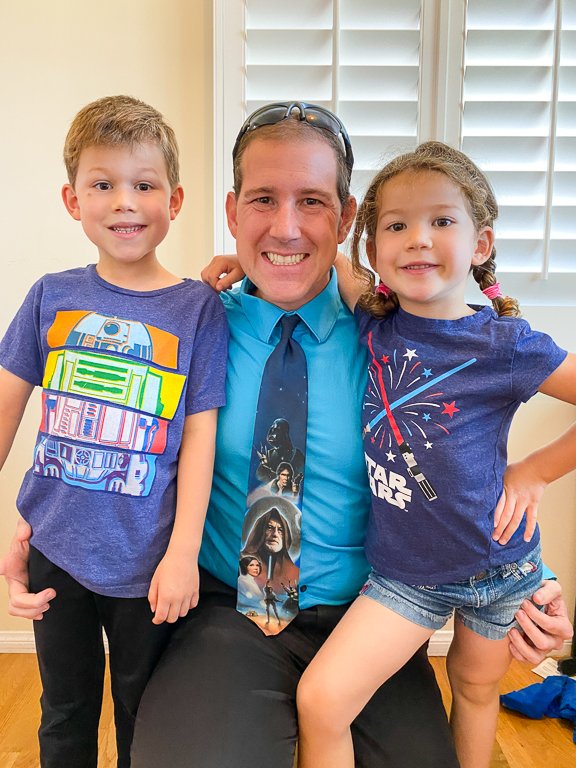 The kids have been excited for Star Wars day, setting up their own Millennium Falcon ride for Theresa and I in the living room.

Later everyone changed into their Star Wars outfits.
This year, the kids have decided this year to be Yoda and Princess Leia, while I am Luke Skywalker. But, what about a villain? Theresa is Darth Vader!

The kids made lightsabers for everyone, and confirmed the colors of each character's lightsaber before building it. Red for Vader, Green for Yoda and Luke, Blue for Leia. I like how they're creative with the materials they have in their play area. 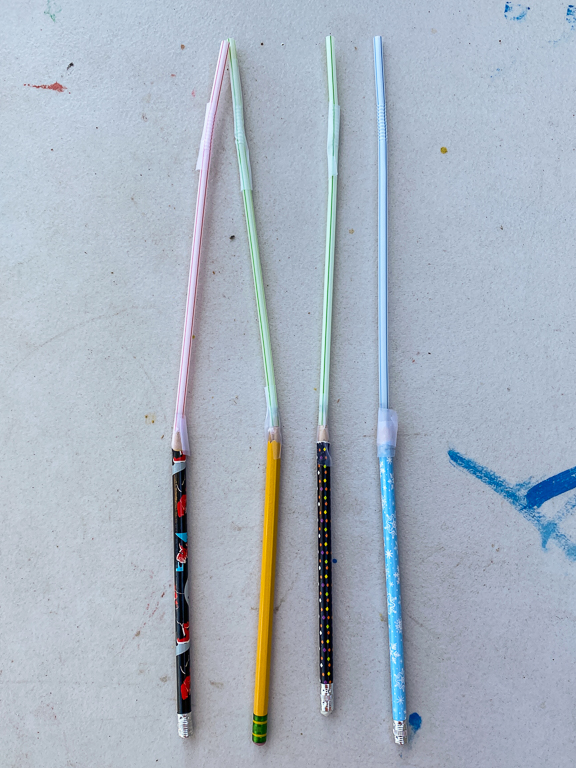 Aww. She's adorable, dressed up just like her ShellieMay bear. 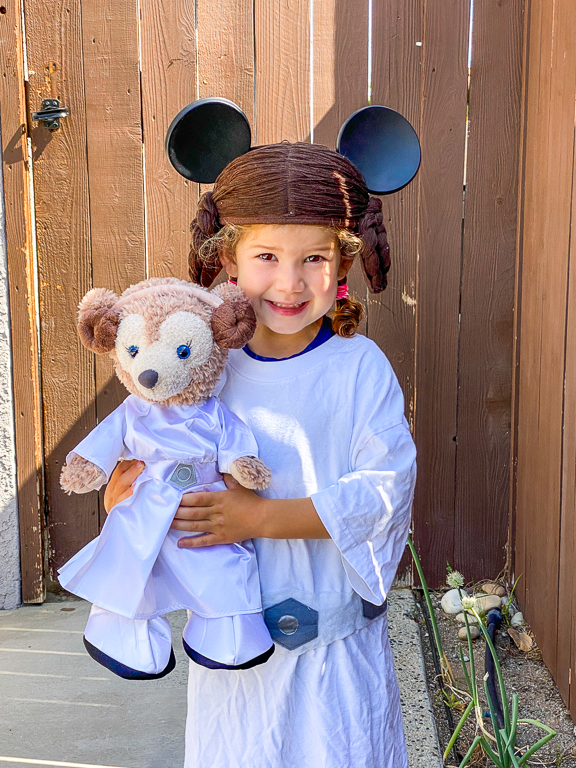 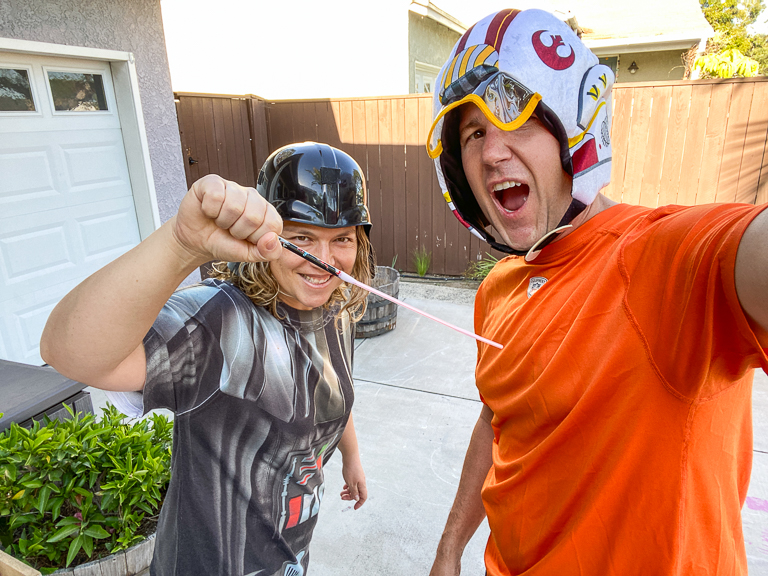 Everyone eventually decided to team up against Vader in battle. 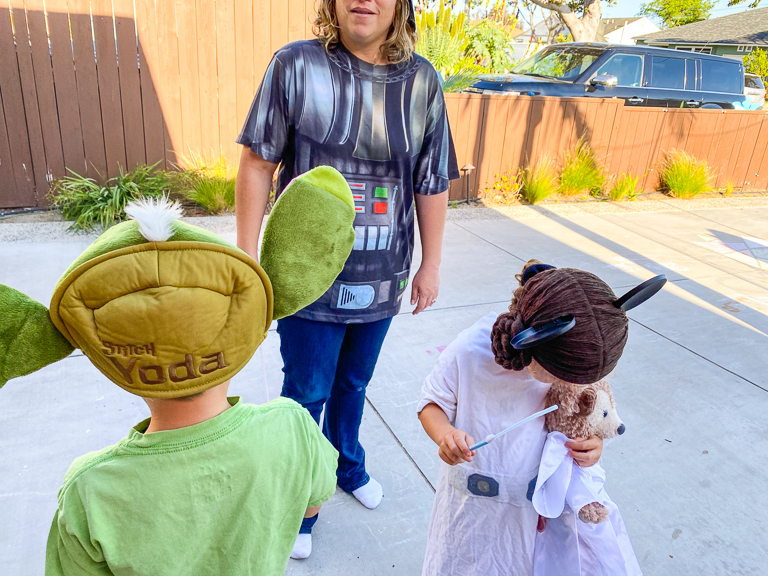 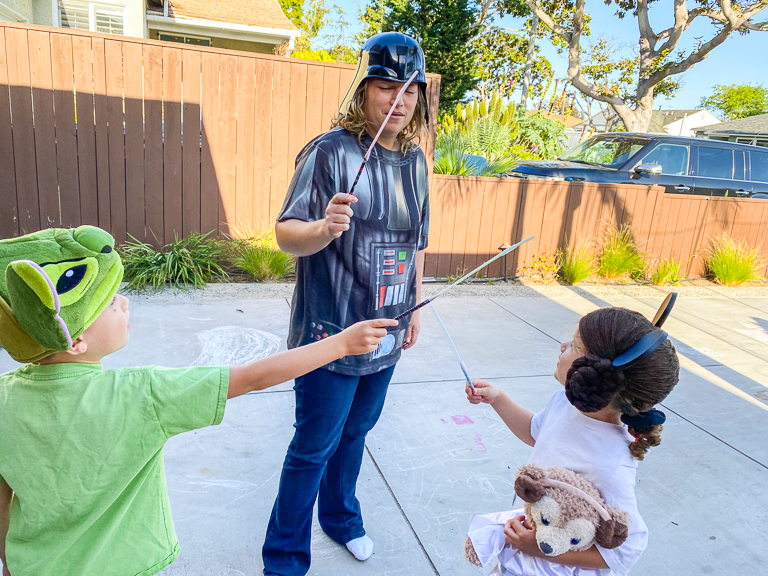 And then in something that is definitely NOT canon, Leia and Yoda decided to have a lightsaber battle. 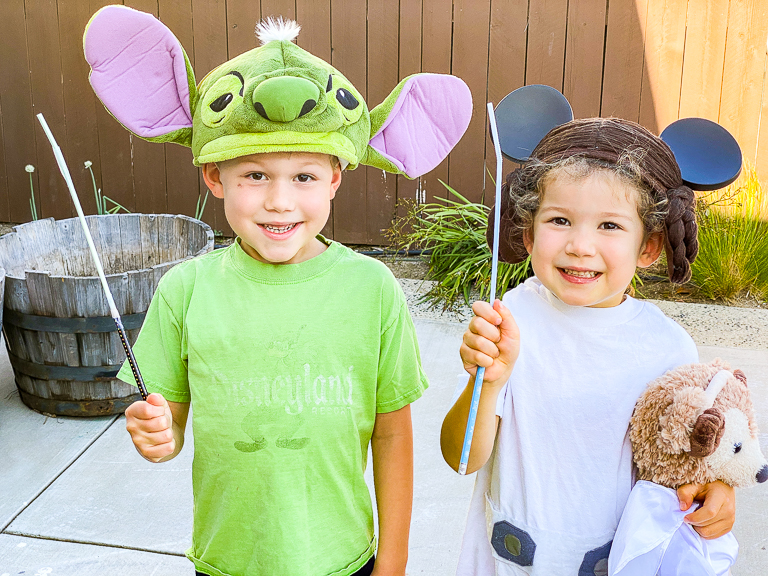 They had fun with Star Wars day. 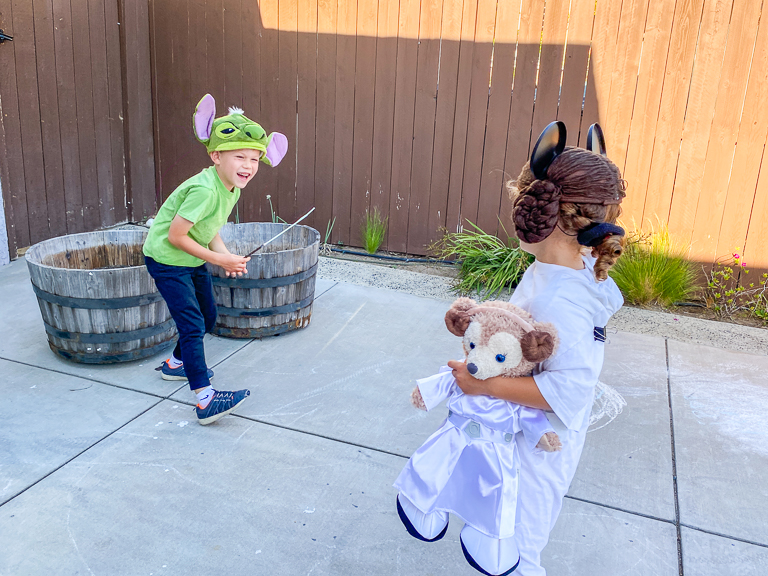 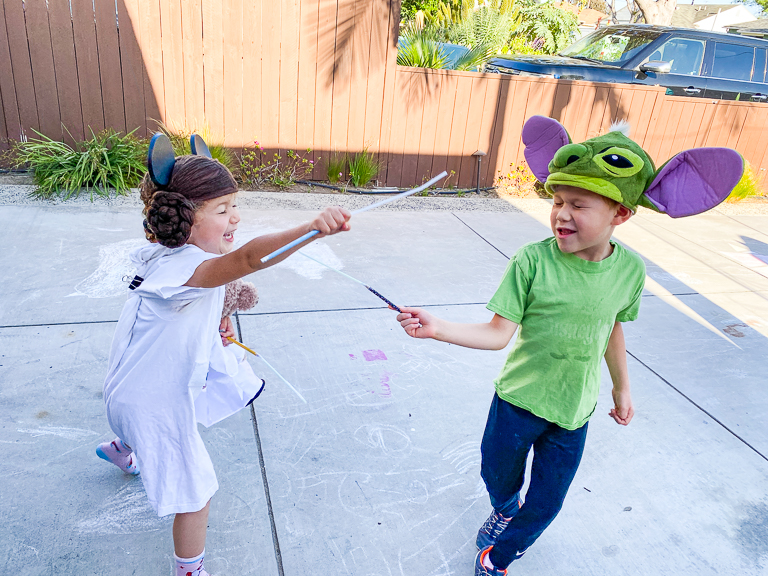 At bedtime, what else should we read than Star Wars stories. Lucky for me, there were stories for both of their characters. I read about how Leia's ship was boarded by Vader and she hid the Death Star plans inside R2-D2. And then I read about Luke's visit to Dagobah and his training with Yoda. 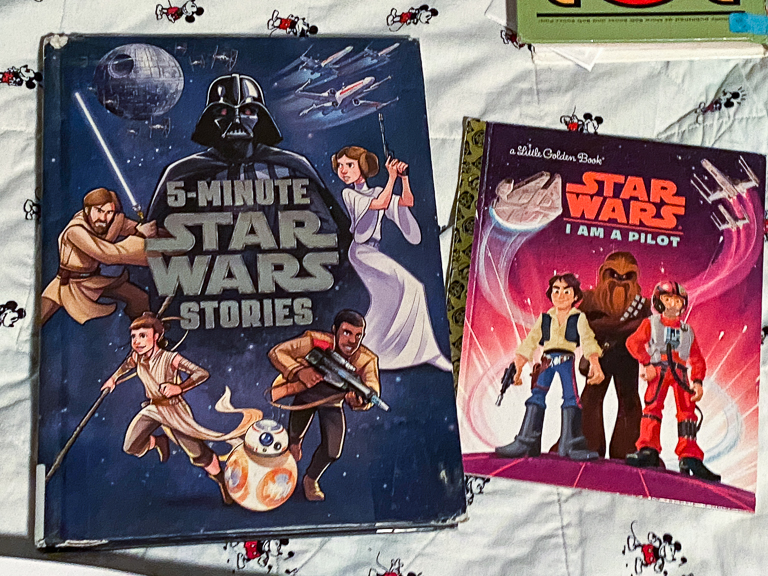 Speaking of Yoda, here's a closer look at that hat. It's an interesting cross-over between Stitch and Star Wars. 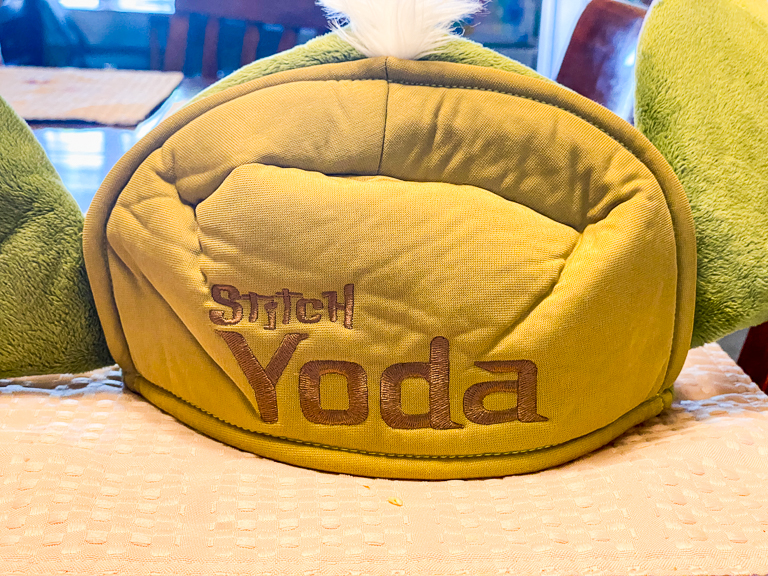 All the way from Disneyland Paris. 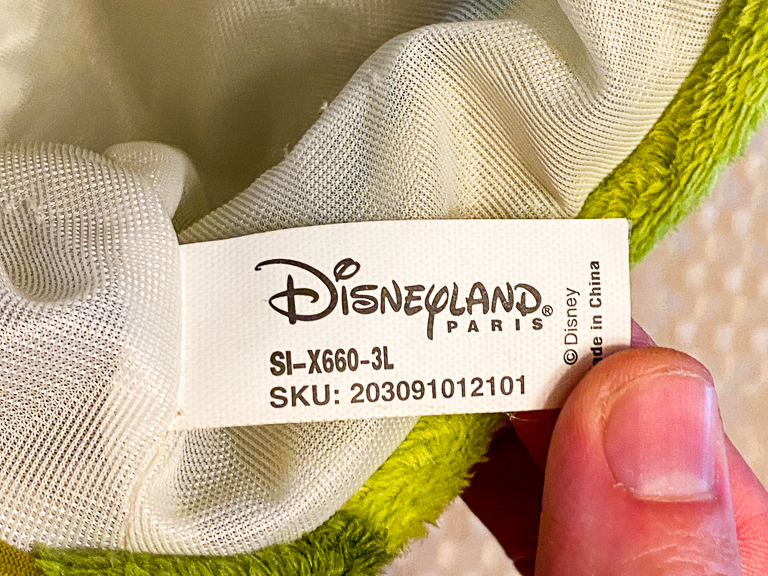 It makes me think Stitch Yoda is inspired by this Disney Pin mystery set from 2008. 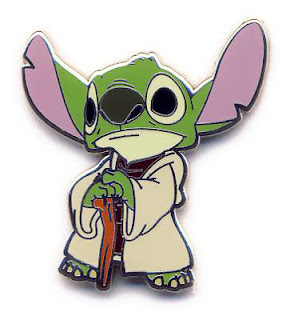 Actually, now that I think about it, it doesn't quite match up. The Minnie Mouse from that set was dressed in a Slave Leia outfit. 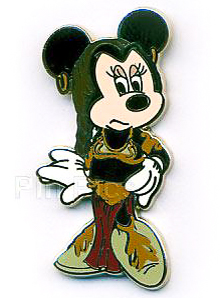 Looking just a little harder, ah, here's some pins from Disneyland Paris that were part of a booster pack.
Stitch Yoda and Minnie Mouse Leia. 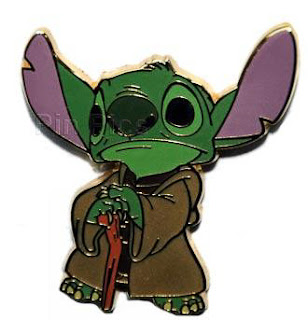 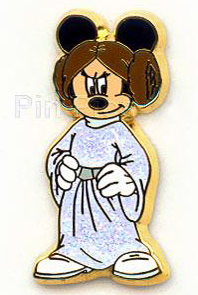 After putting the kids to bed, after an hour, Ian still had a hard time falling asleep. He came out to the living room, and together we read "Daddy stories". Star Wars themed of course. We read about what we did for Star Wars Day 2019, Star Wars Day 2018, Our First Trip to Galaxy's Edge, and my Disneyland Star Wars Half Marathon from 2015. It was fun looking back on those good times. 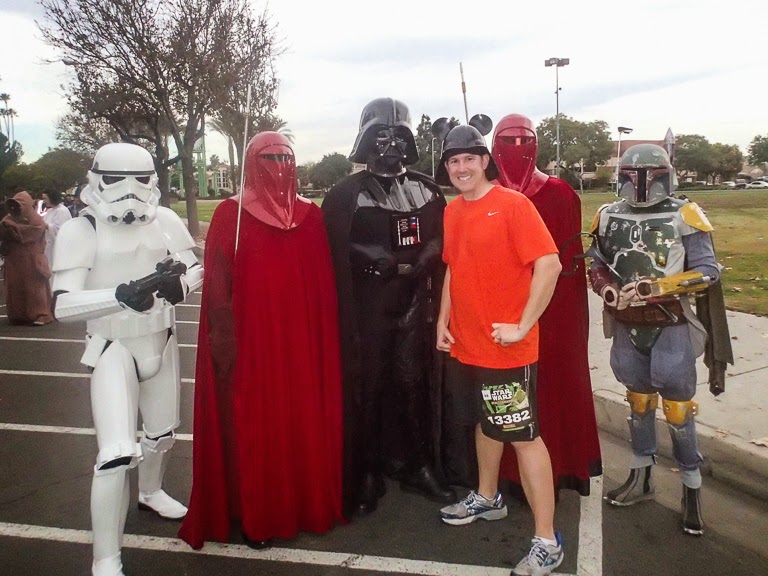 After he went to bed, to finish out my night, I enjoyed watching Phineas and Ferb - Star Wars IVa: May the Ferb Be With You! 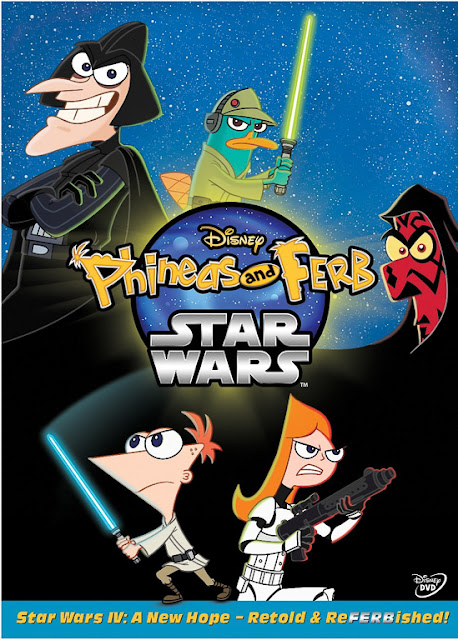 It's been a fun day! Happy Star Wars Day!