We had such a fun time on our last sleepover, the kids were excited to have another one. 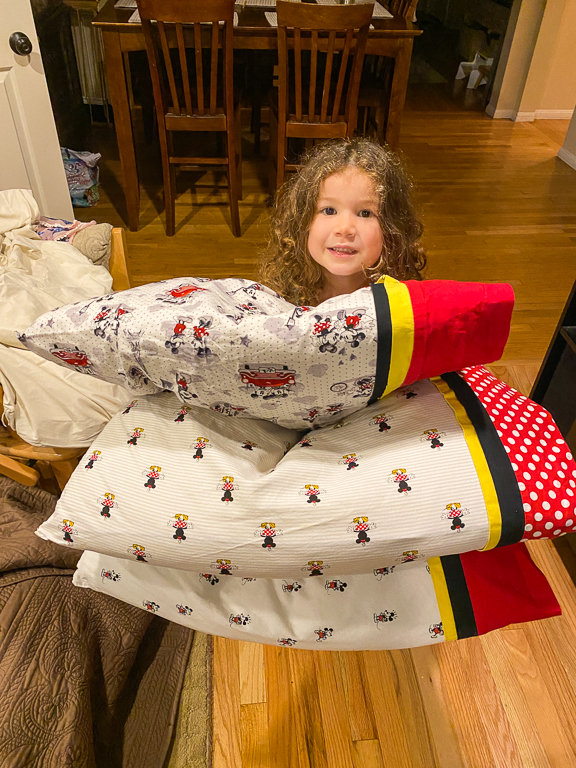 And just like last time, we're camping out in the living room. The kids are sharing a twin mattress and Theresa and I have a queen folding bed. Alli is setting up our pillows. Minnie for mommy, Mickey for daddy, and the Minnie/Mickey one in the middle. Thanks Alli! Last time we watched a few musicals, Sing and Trolls. I wasn't sure what to watch next. Alli picked Frozen 2, which works out just fine. There's lots of songs in there. 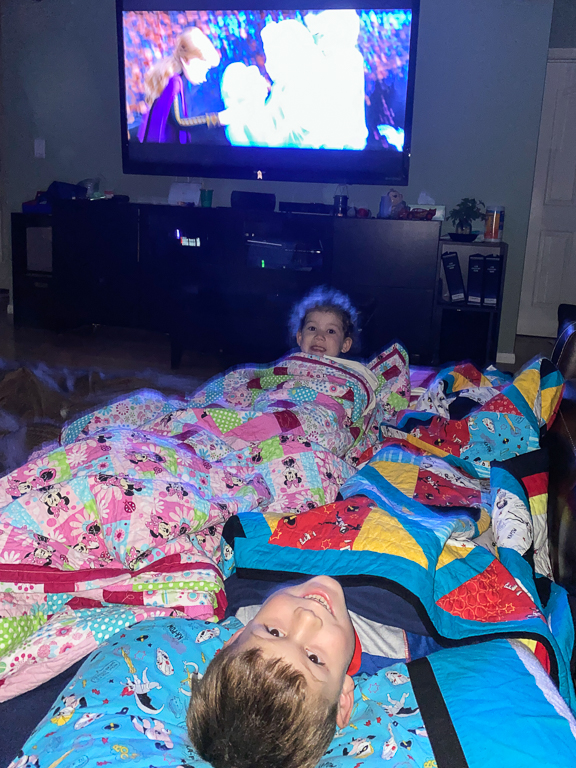 The kids came to lay with each of us while we were watching. 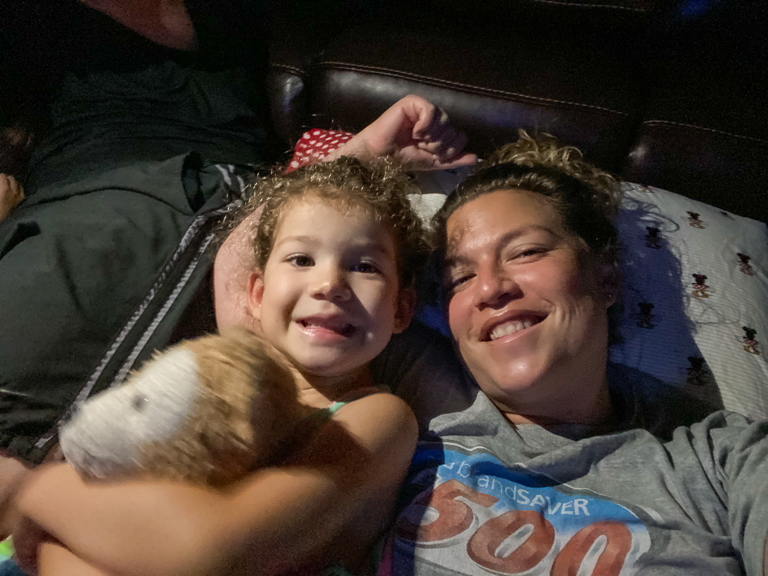 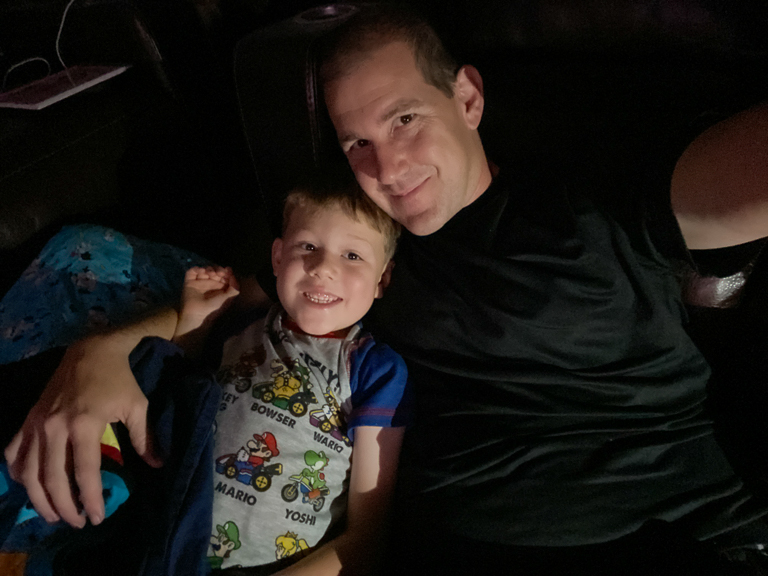 One of the things the kids remembered from last time was the shadow puppets. They had fun making puppets on the wall. 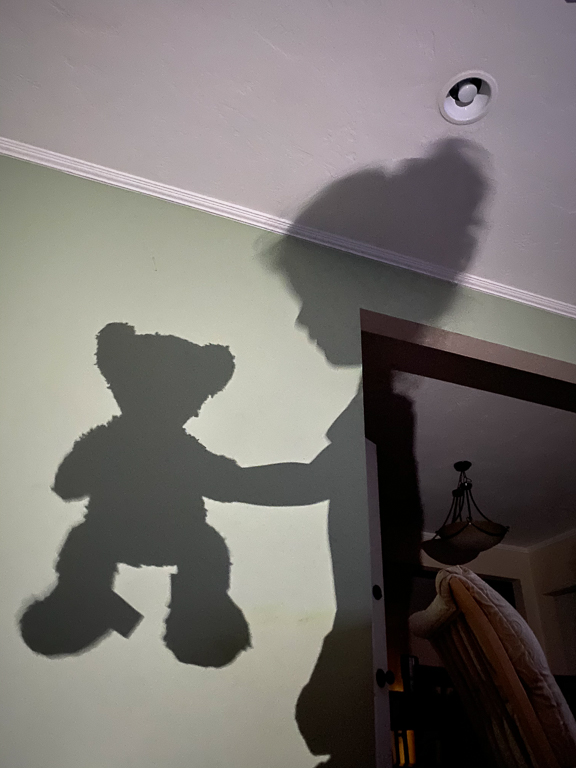 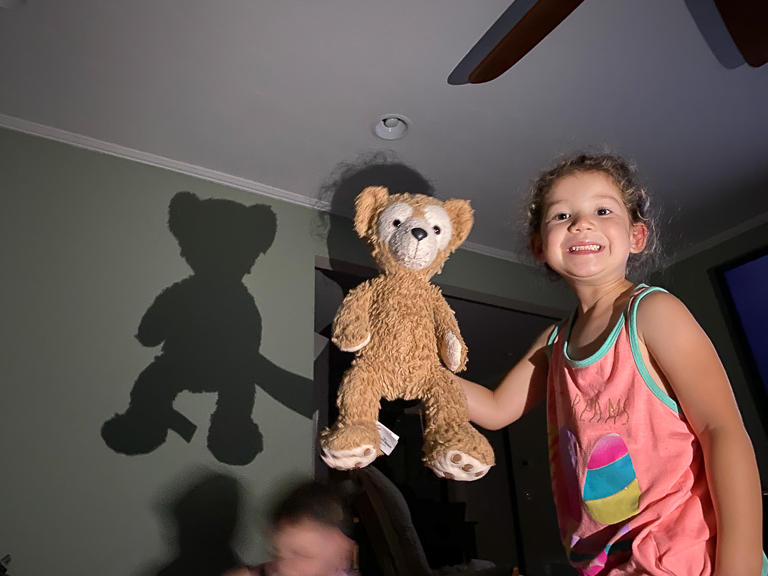 Fun times with shadow puppets. Sleepovers are definitely not for sleeping.

And even though it's 10:30pm, well past normal bedtime, Alli reminded us that we still needed to tell bedtime stories. You're right! Can't forget that.
Alli told a story about a boy named Duffy. He played checkers with his friend ShellieMay, and rode bicycles, and made a puppet show. And for dinner they ate pizza with pepperoni and sausage.
Ian's story was about a froggy named Jumpy Jumper who could jump around the world in one jump. His house was in Antartica and in one jump he could get to Disneyland. He even pulled the sword out of the stone two times! He even got to go to the Dream Suite! And was able to press the Goodnight Kiss button as many times as he wanted.
Theresa told a story of a family with 2 kids plus 2 fun uncles, who took a trip around the world to every Disney park on one trip! At each park they went on lots of fun rides, like the Shanghai challenge trails, Hong Kong Mystic Manor, Tokyo Disney Sea, Paris Ratatouille ride, all the WDW parks, and of course Disneyland.
My story took Freddie the Frog into space, where he visited lots of moons and planets, and even made ice cream with the ice from Saturn's rings.
Twenty-five minutes later, yes, stories went on for that long, it was finally time to go to sleep.

And the next morning, instead of watching TV, everyone played games, like checkers against each other. 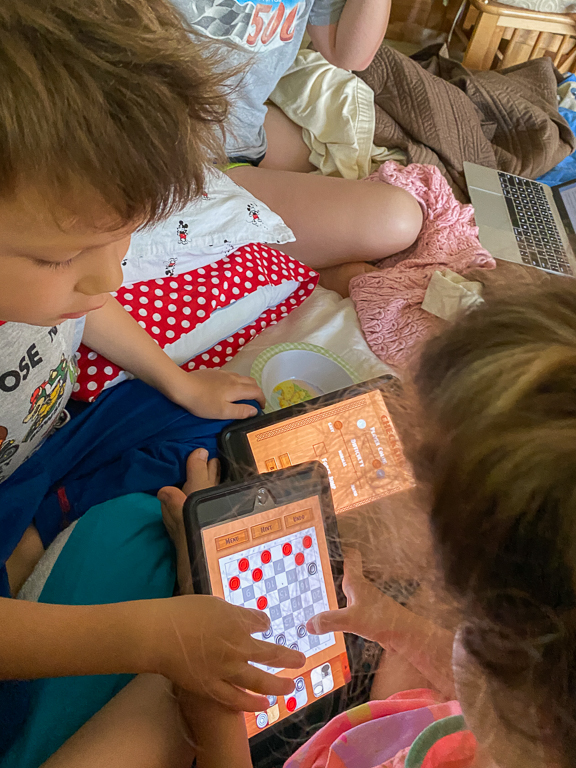 And snacked on bowls of fruit in bed. 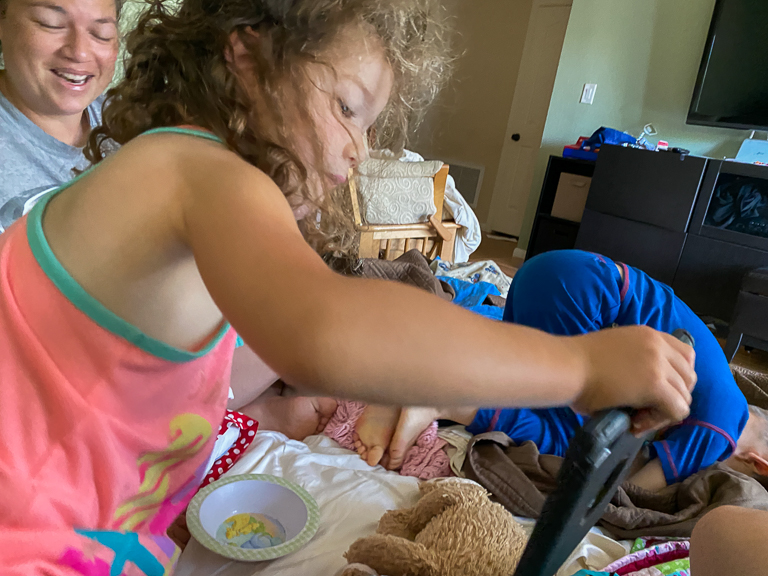