Cheering for the SpaceX Dragon launch

We're a space loving family. Both Ian and Alli are big fans of learning about all things Space. They know they're planets backwards and forwards. Even the dwarf planets. We've watched rocket launches on our TV and voted when it was time to name the new dwarf planet Gonggong.
On Wednesday when the Dragon tried to launch the first time, we were ready and waiting. It didn't happen that day, but got rescheduled Saturday. That worked better for us since we could plan the morning around it! 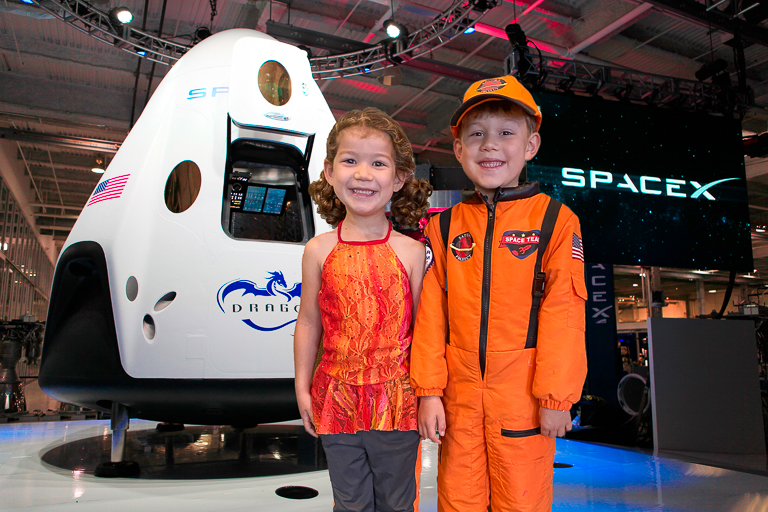 We spent the morning watching the crew getting ready and finally loading into the capsule. Living in this extremely connected world, we watched a live-view of everyone getting ready and interviews with past astronauts. 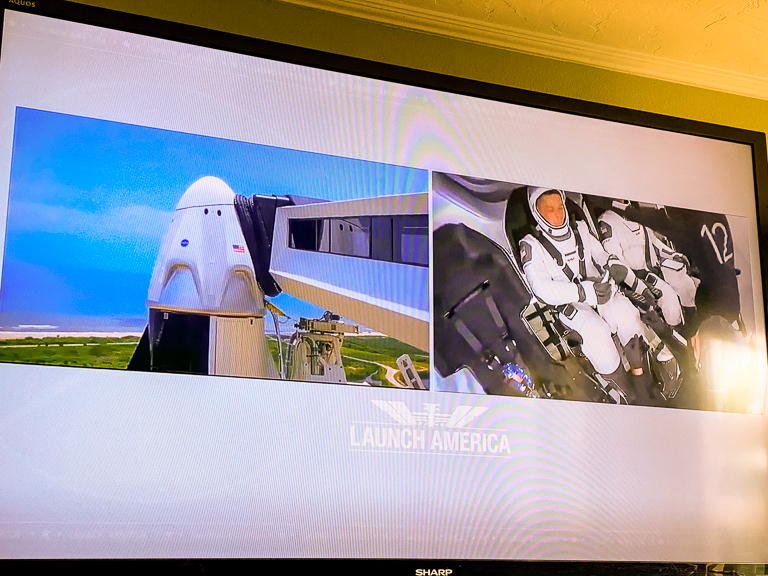 It was fun to watch.

And the kids were inspired to build their own spacecraft! 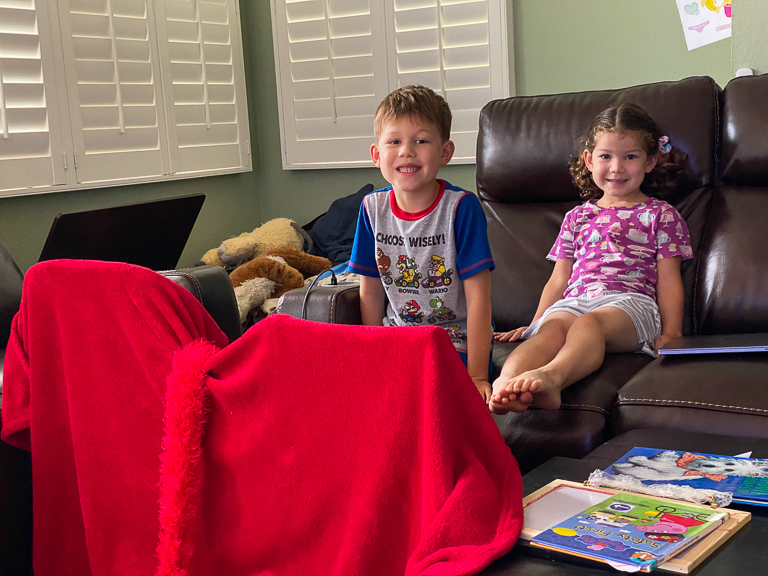 Ian remembered he's got his own spacesuit and ran off to change. He's grown a little since that Halloween in 2018. Alli dressed as a princess that Halloween and doesn't have an astronaut costume. Instead she picked out her best matching color and made her own outfit. 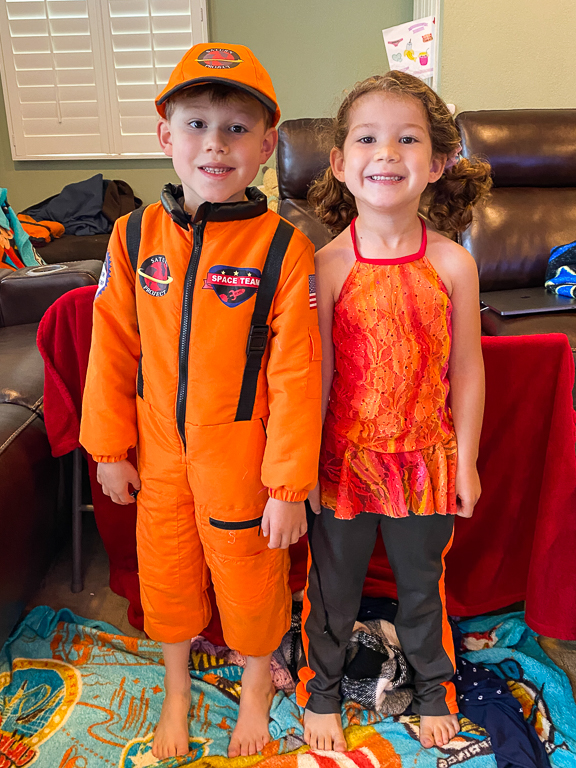 Alli getting her seatbelts on and getting prepared for launch. 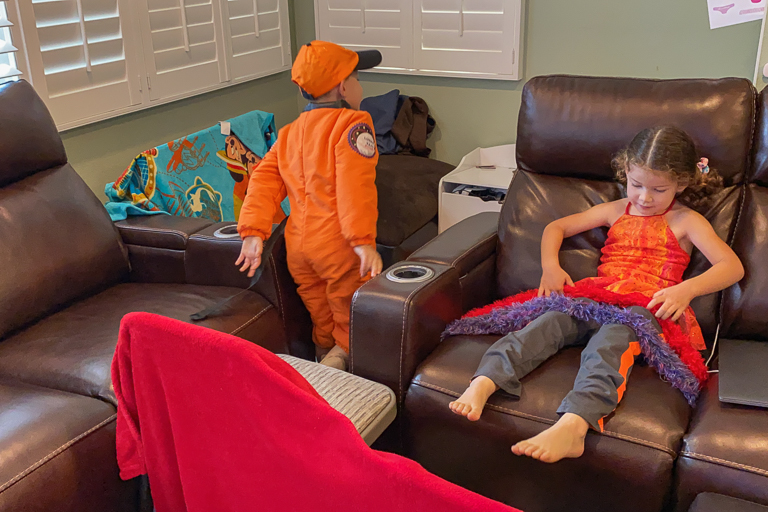 With two minutes to go, they grabbed a good seat in front of the TV. 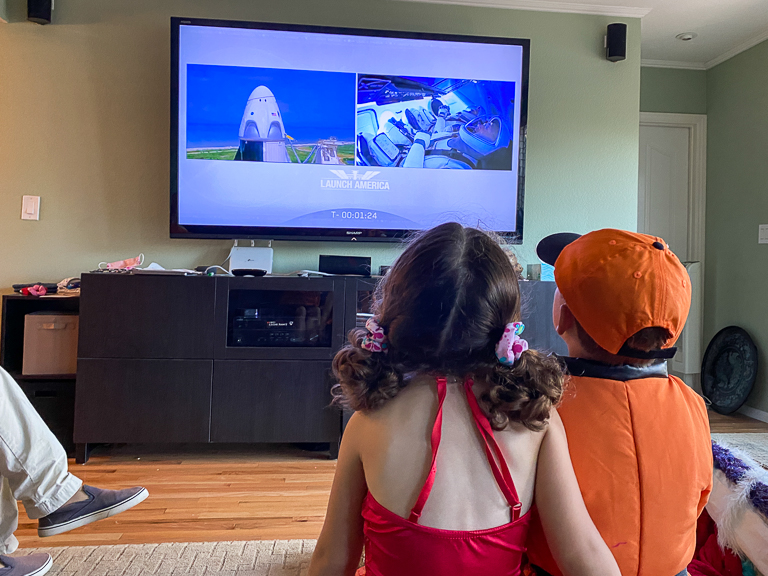 They counted down and clapped when it actually took off! 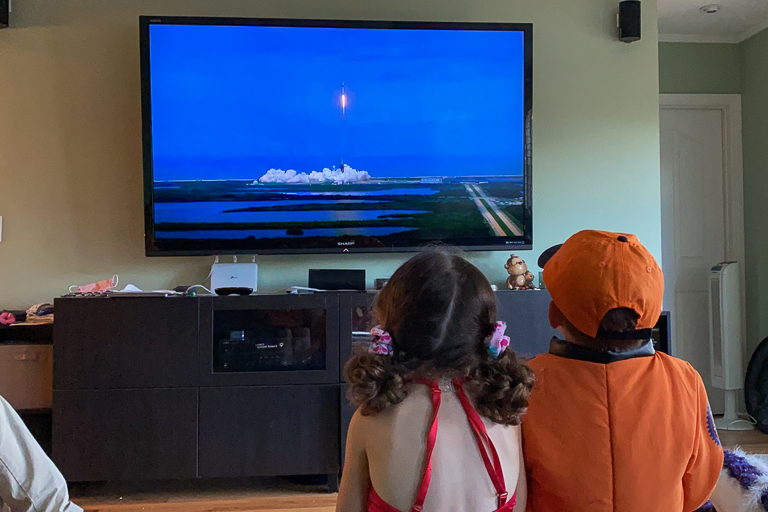 Amazing! It was really fun to watch this historic event. 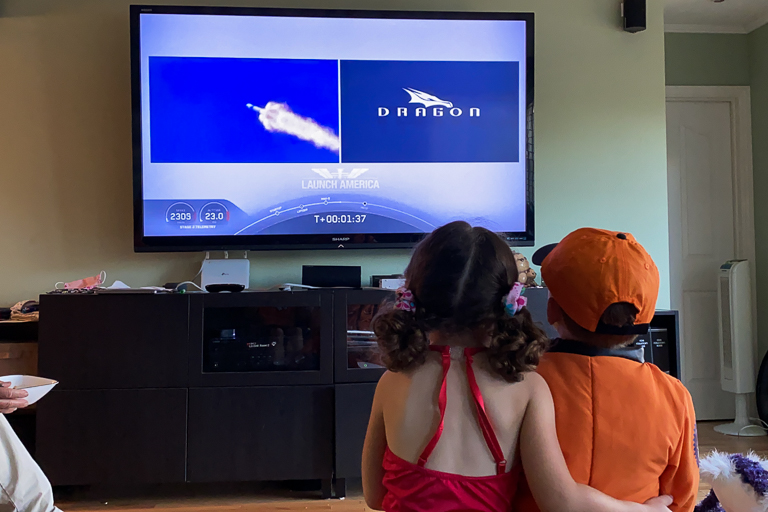 And he's the video I took along with some highlights.

It's amazing watching all the technology that had to go right for things to happen today. 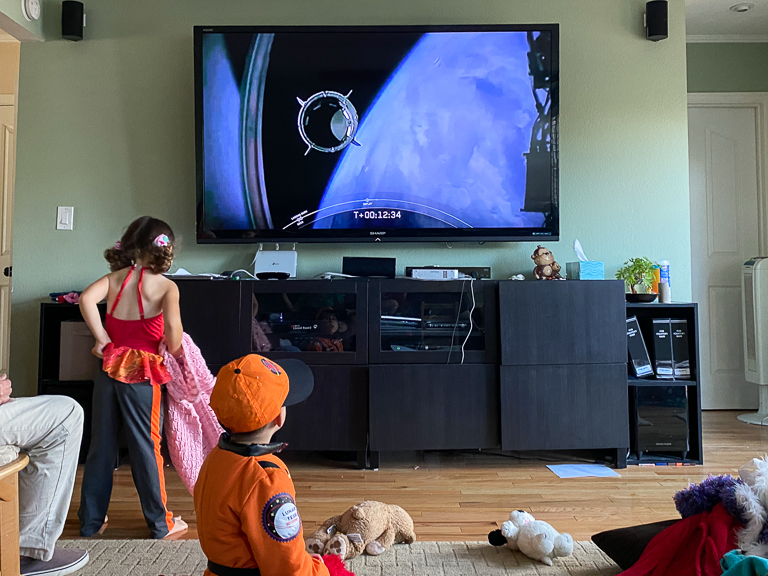 After successfully making it into orbit, it's time to get comfortable. Ian changed out of his space uniform. Looking out the window from their capsule.
Ian - I can see stars!
The two of them brought snacks too. Gotta eat when in space. 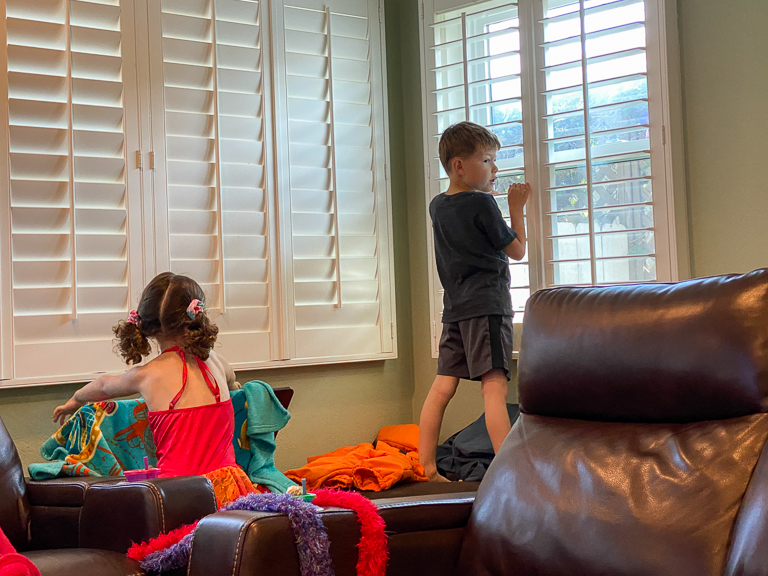 Then they heard the crew would be sleeping for a few hours before docking with the International Space Station. They have beds set up in their capsule too. Eventually they navigated to the dwarf planet Eris. 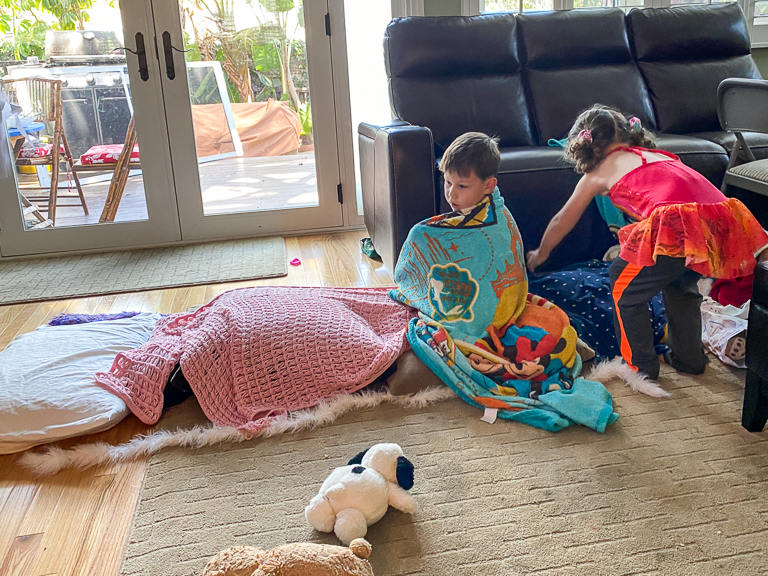 Alli is doing her own astronaut training.

As it happens so often, the doings of the day often lead into the night. Ian's pick for his book tonight is about a penguin who makes his own rocket and goes to the moon. 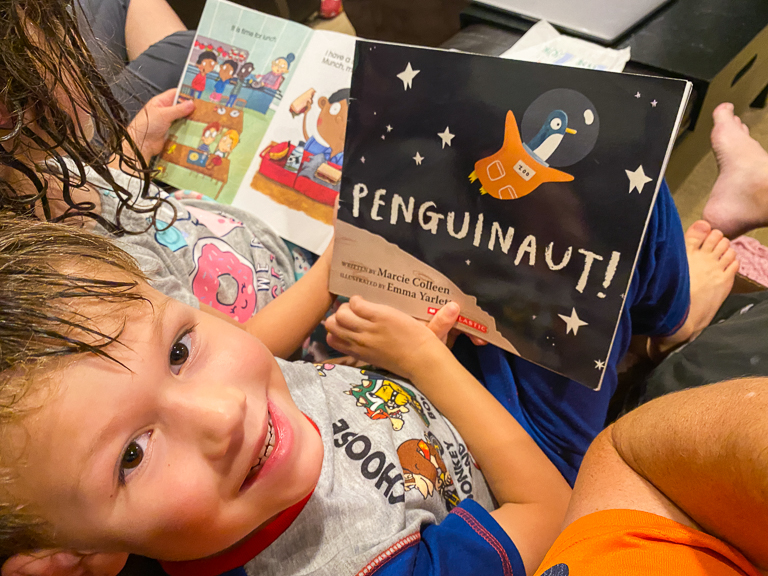 And when I asked them which one of Daddy's stories they wanted to hear, they asked me to search for the term "astronaut". We read about our Moon Oreo taste test and our Halloween 2018 adventures. Today has been exciting! 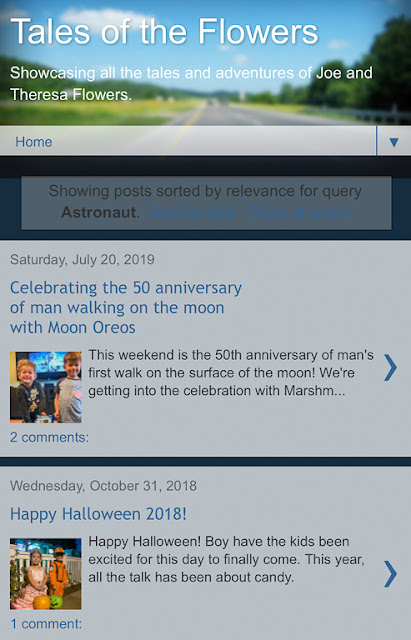