It's Christmas-time and Cap'n Crunch is bringing us something special for the Holidays. It's Cap'n Crunch's Christmas Crunch!
We're attempting to make our way through the entire Fleet of Flavors. So far we've tried Crunch Berries, Oops! All Berries, Cotton Candy Crunch, Chocolatey Berry Crunch, and Sprinkled Donut Crunch. 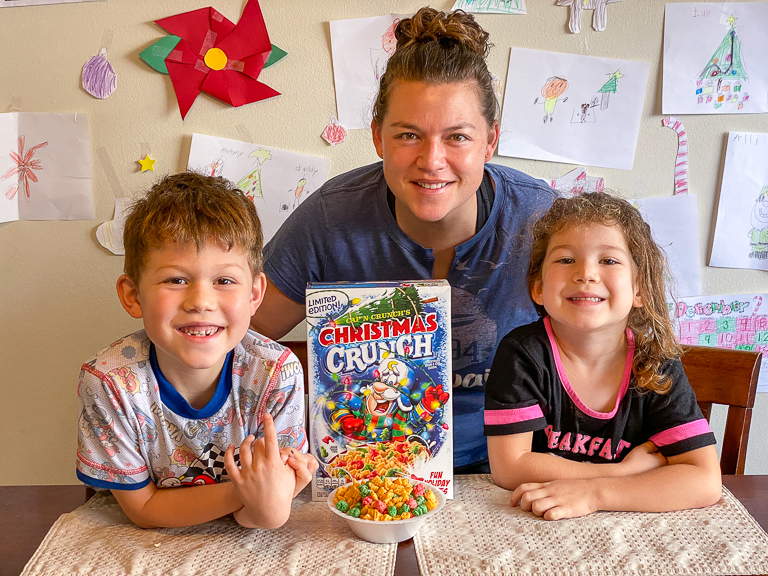 This version of Captain Crunch cereal has Fun Holiday Shapes and Christmas colors. 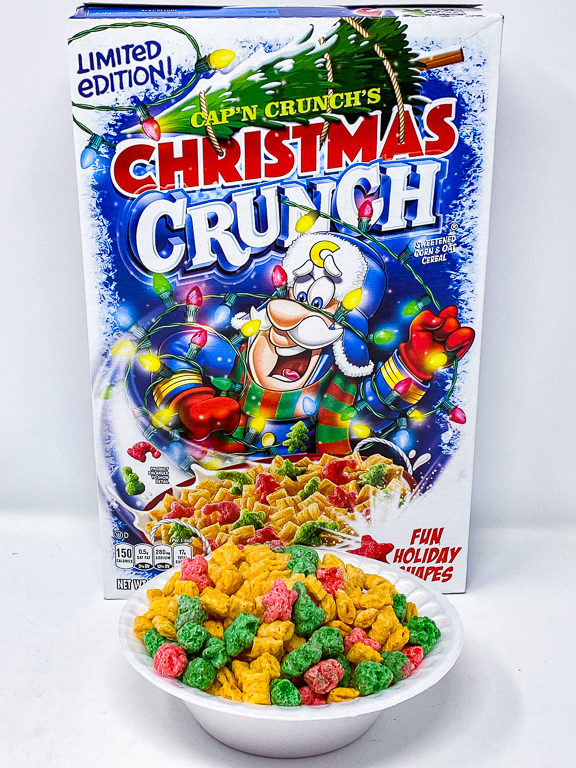 The back of the box has a whole lot of stuff going on. There certainly is a Ruckus around the Crunchmas Tree. Starting at the bowl of Captain Crunch and going clockwise, we see Jean LeFoote, Horatio Magellan Crunch (Cap'n Crunch), Alfie, Brunhilde, The Crunch Beast, Carlyle, and Seadog. Along with the characters there's a bunch of games to keep you busy while you eat the cereal. Find the matching ornaments, a maze, find all the candy canes, count the pieces of Cap'n Crunch, and even a place where you can color. 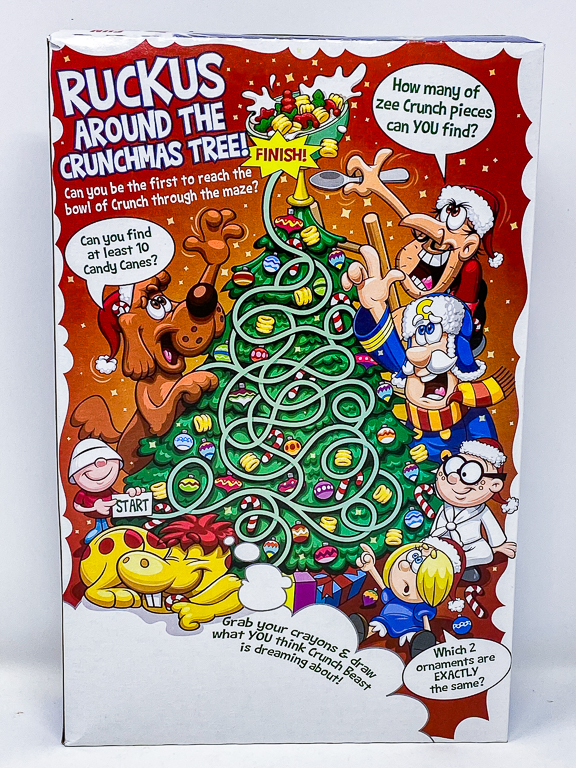 The pieces themselves are colored green and red for the holidays. 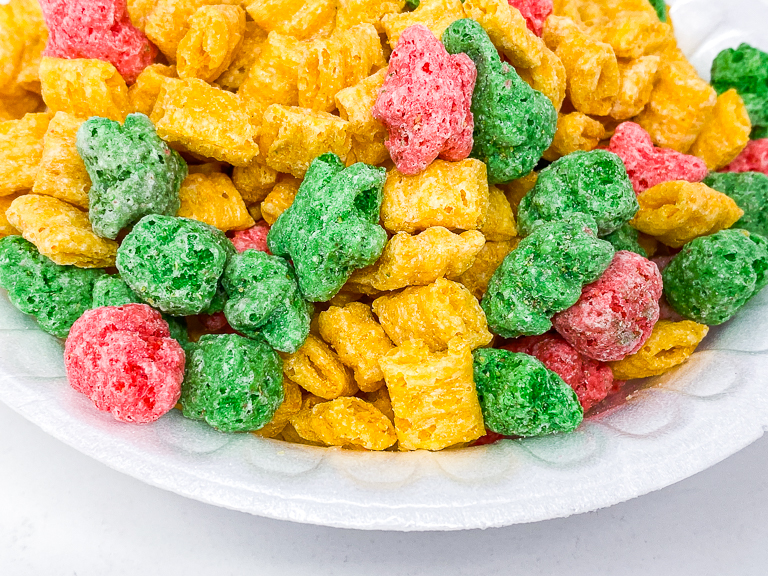 And the front of the box promises some Fun Holiday Shapes! 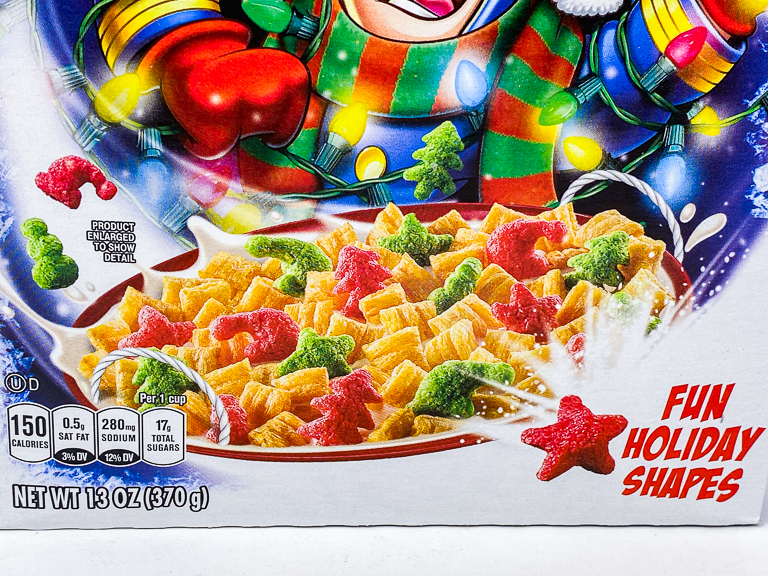 There's Santa Hats, Christmas Stars, Snowmen, and Christmas Trees. The shapes are a little rough, but we can tell what's what. 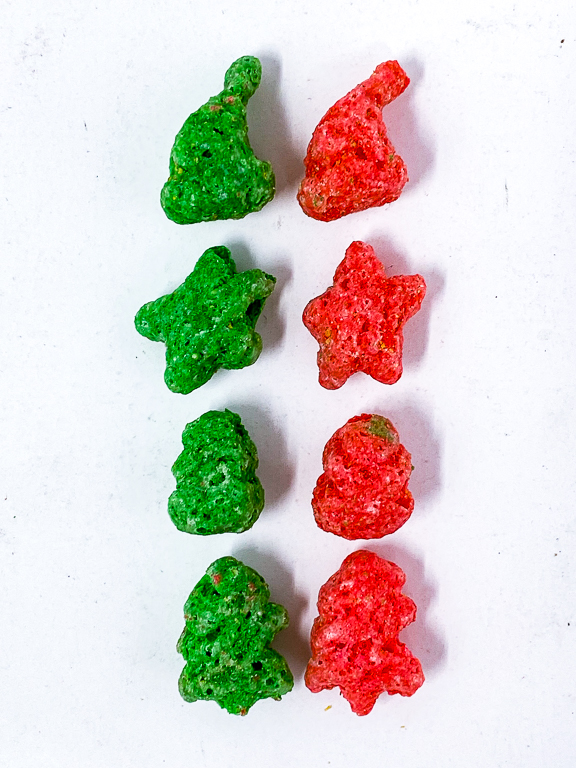 One problem I had was finding an intact Santa hat. The bobble on top was broken on most of them.

When Alli was pulling out the shapes she found what she thought was a new one.
Alli - Looks like a gingerbread man!
I think that's a puffy star Alli, but good idea. One of the questions I had was whether this was a regular flavored Cap'n Crunch or if it tasted like Cap'n Crunchberries. I tried it and Theresa and Ian confirmed, it's Crunchberry flavored.
The kids have discovered the back of the box and were hard at work solving all the challenges. 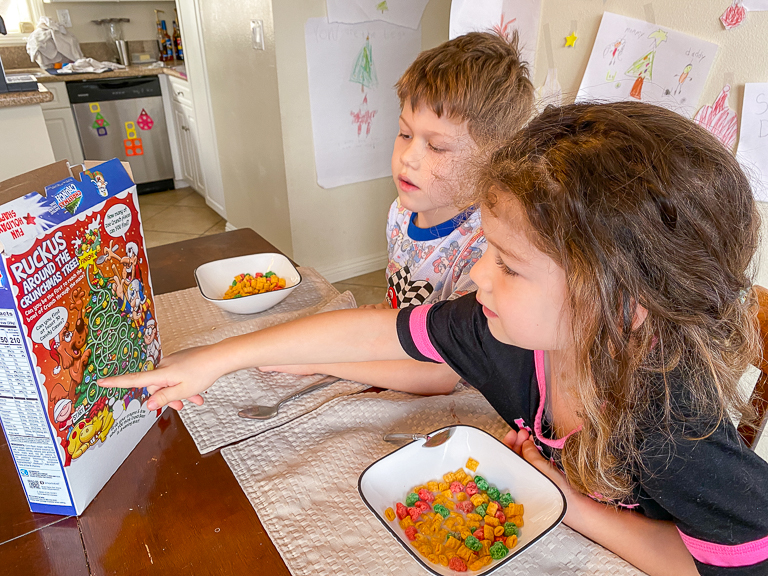 Results of the Christmas Crunch are... Ian thinks it's okay. He's got one very favorite cereal (Chocolate Frosted Flakes with Marshmallows) and everything else takes second place to that. Alli on the other hand loves it, and I agree. Christmas Crunch is delicious! 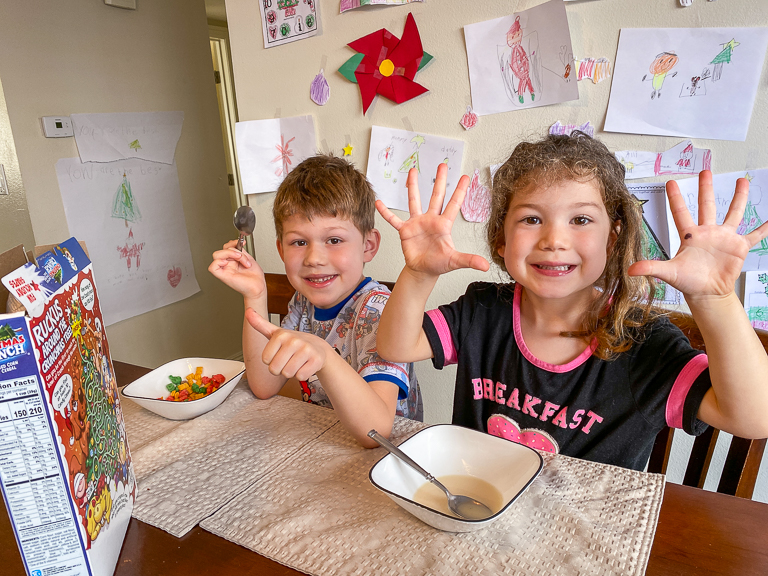