Time for another tasty Saturday morning cereal. Back in December, we tasted 7 different kinds of Frosted Flakes. In my search for different flavors, I didn't see these Chocolate Frosted Flakes with Marshmallows anywhere. But on a random trip to the store, sure enough these were staring at me from the cereal aisle. I couldn't just leave them there. 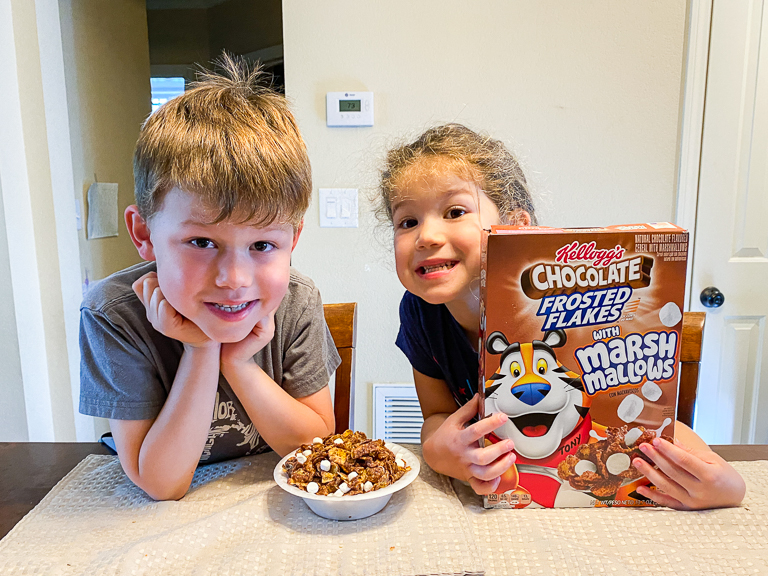 We have to try all the things! The front of the box shows plenty of marshmallows to be had. 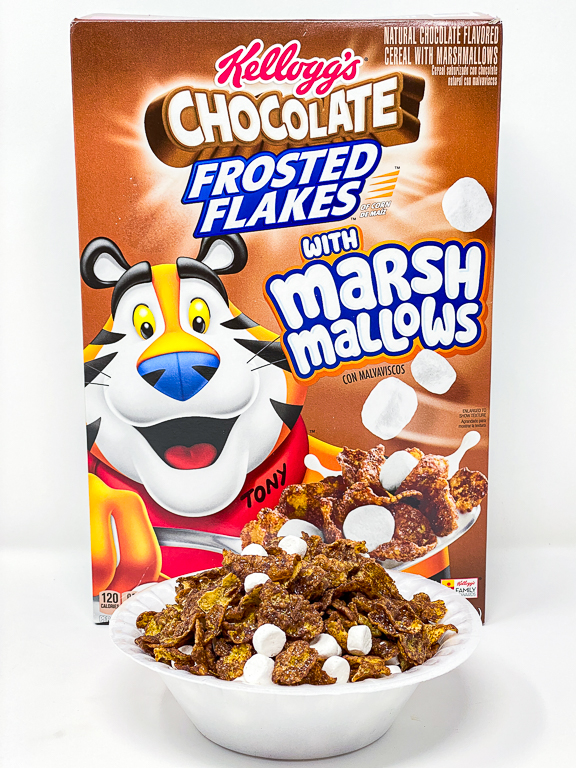 Inside the box, there were indeed plenty of marshmallows. More so than I would have expected. 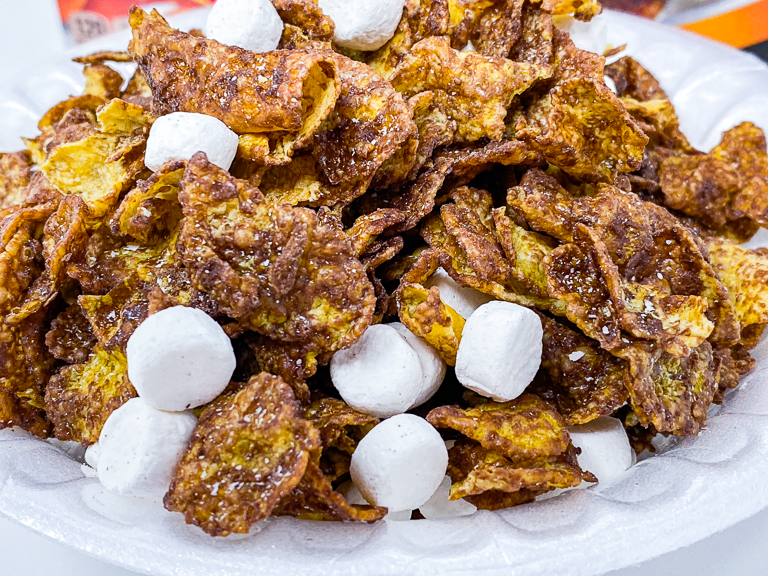 The back of the box touted the Tiger Squad and the same set of 4 cereals we saw on the original box in our December taste test. 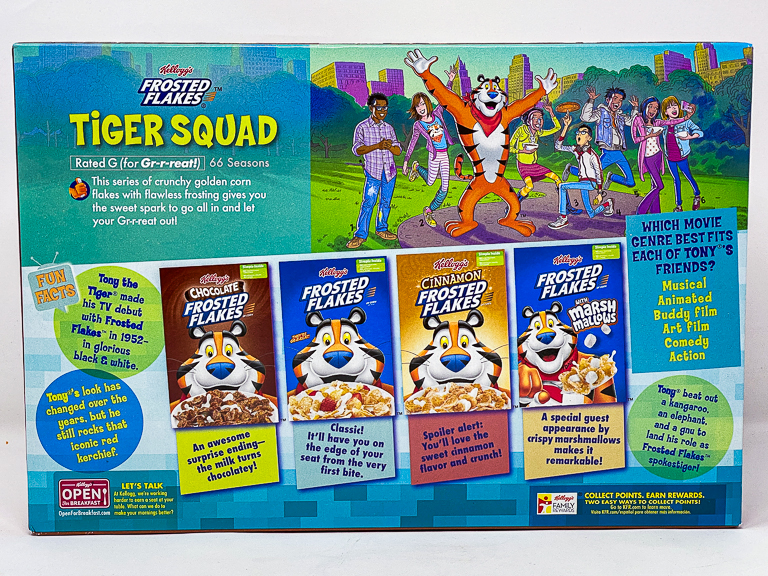 Let's eat them! The kids started out by eating some of the marshmallows. Those were tasty. And then, moving on to the flakes, those were also tasty.
Ian surprised me by asking if we could try it with milk. Usually he's a dry cereal kind of guy. 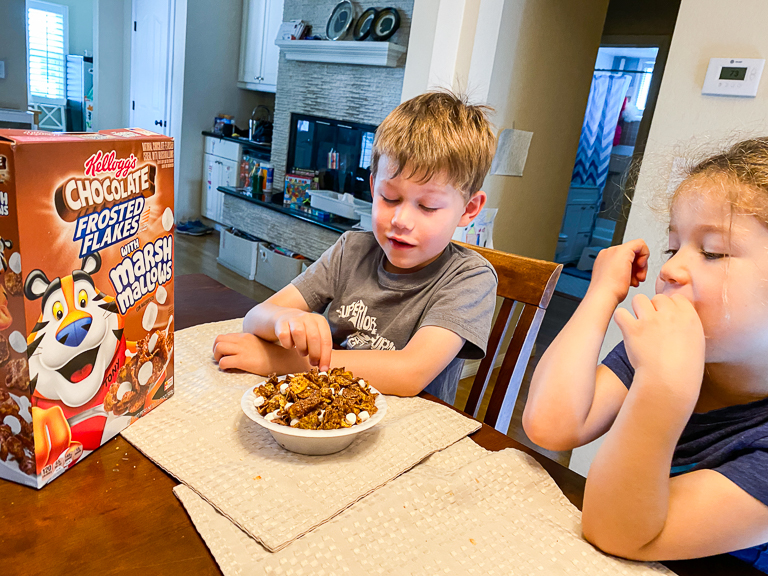 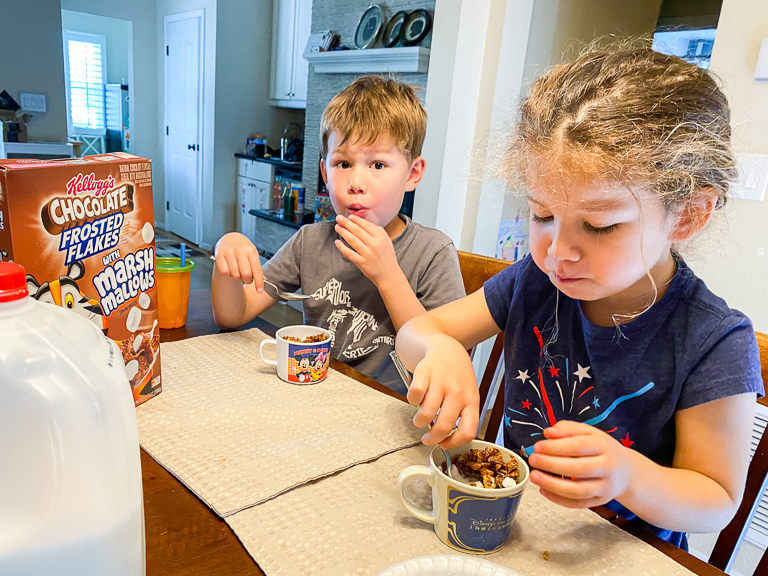 They both loved the cereal. 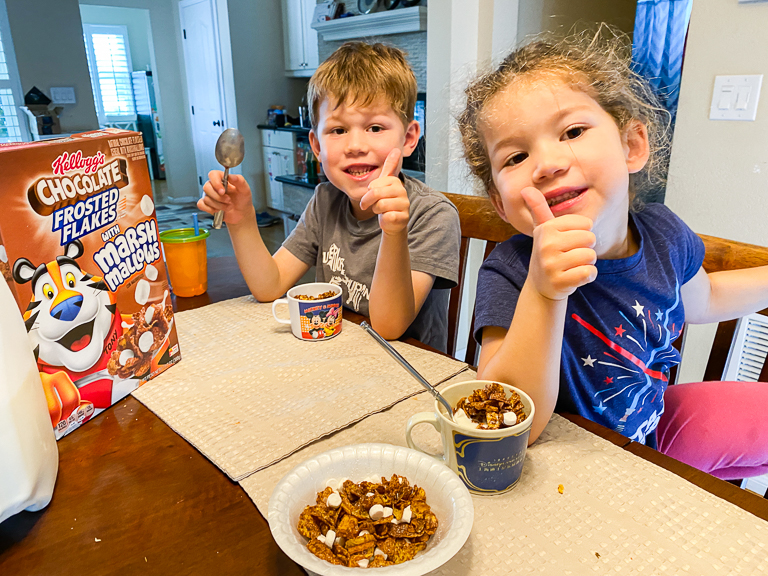 Theresa and I tried it too. I thought it was pretty good. Better than just the chocolate by itself. The marshmallows added a lot more sweetness. 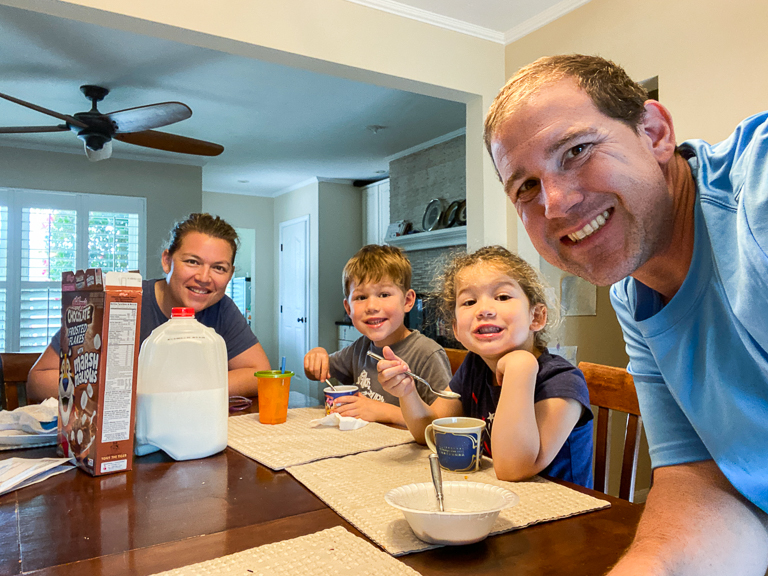 This little boy even asked for a 2nd bowl of cereal. I think he's got a brand new favorite. 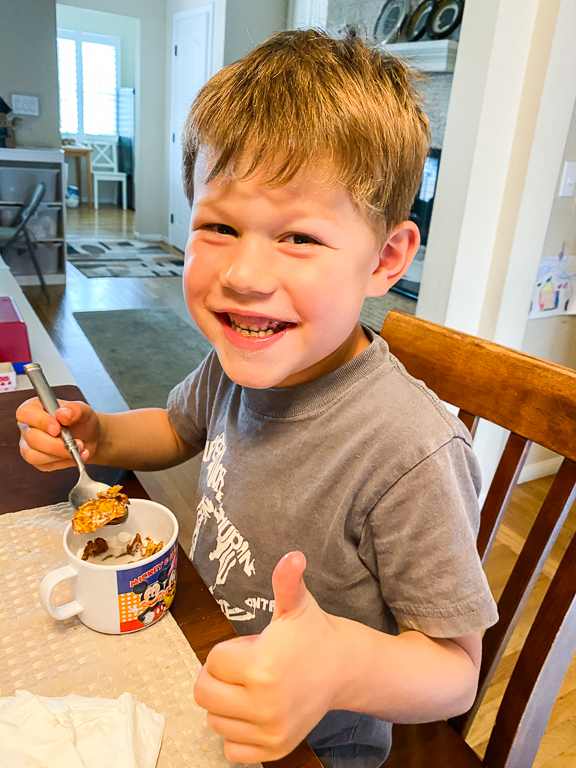