Time for the next Peeps taste test! This time we're tasting the Root Beer Float flavor. 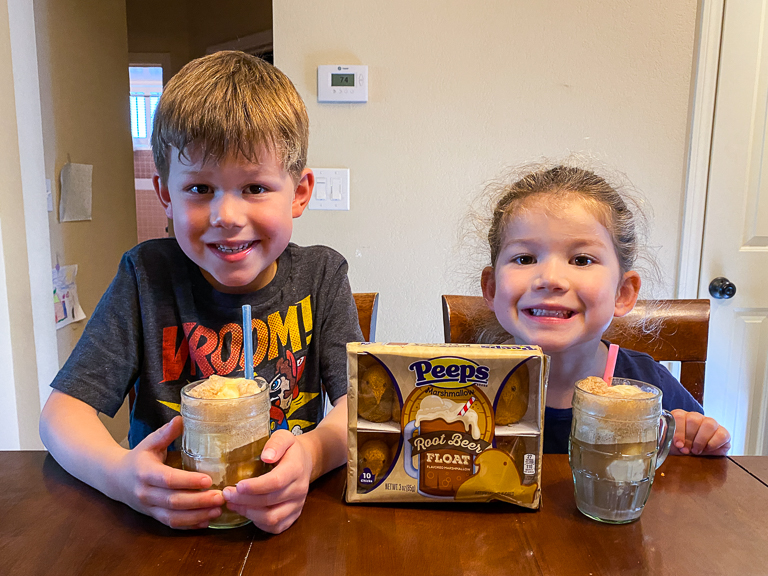 And today we're going to be tasting them alongside root beer floats that we make at home! Guess which one is Alli's and which one is Ian's. 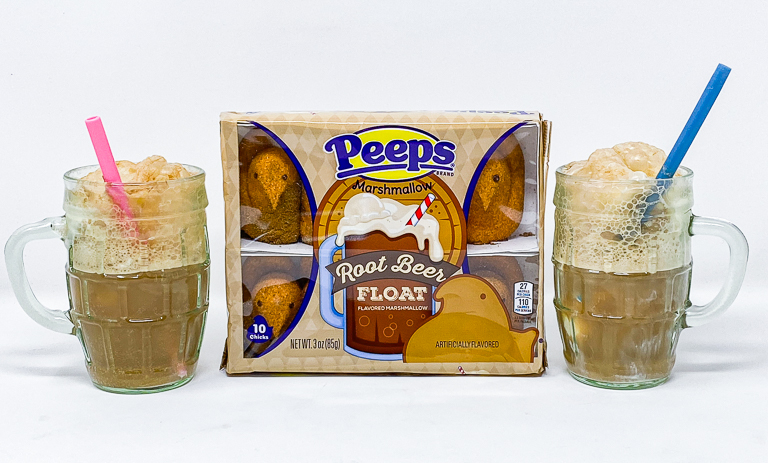 A closer look at the Peeps. They're the right color to be considered root beer. 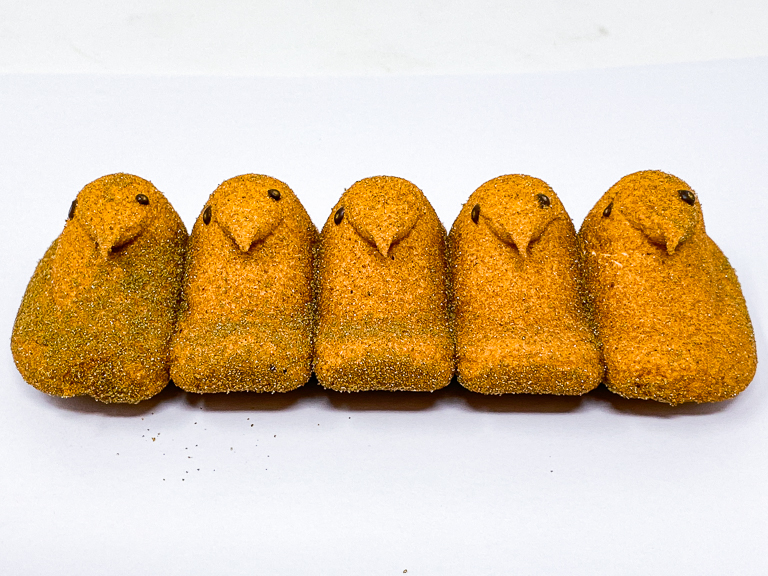 Found the ice cream part! Actually just marshmallow, but in this case it's white marshmallow inside with a brown colored sugar coating. Different than the Cotton Candy Peeps that were pink throughout. 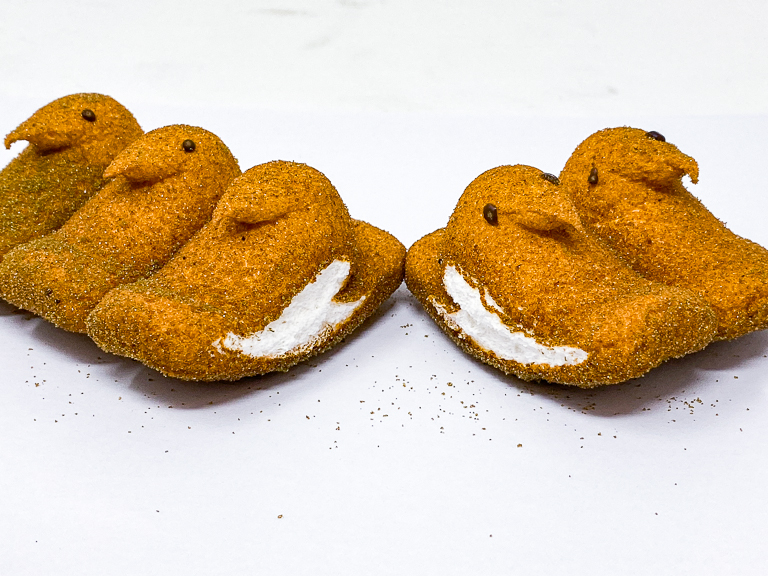 The back of the box. Enjoy a classic treat with the sweet taste of root beer flavor. 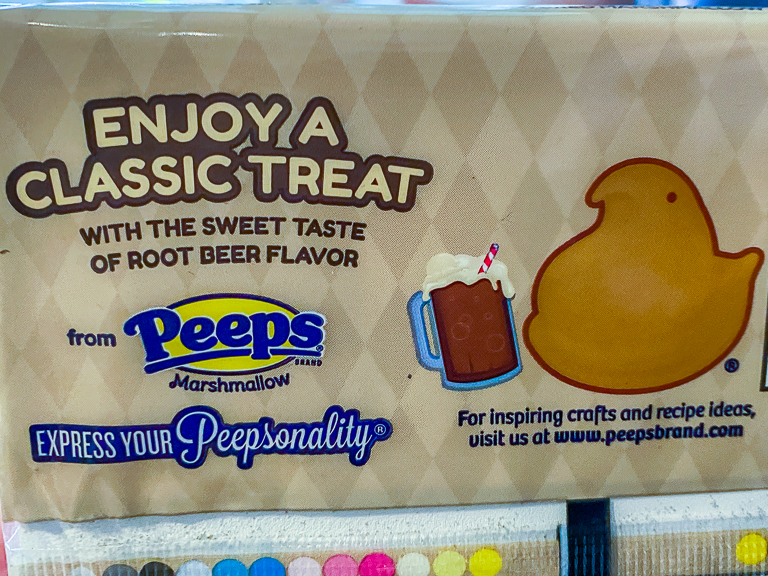 Let's eat them! Starting with the Peeps once again.
Well opening the package, the root beer smell definitely comes through. Flavor-wise, it's a mild root beer flavor. I don't taste a specific ice cream flavor, but marshmallow tastes like vanilla anyway.
I like them. The kids both like them. 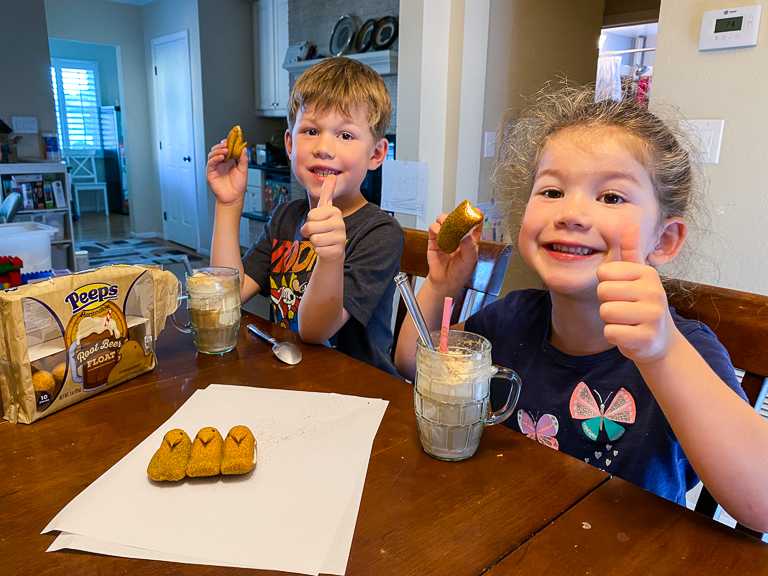 Now let's taste the root beer floats! Made with Barq's Root Beer because Barq's has Bite! 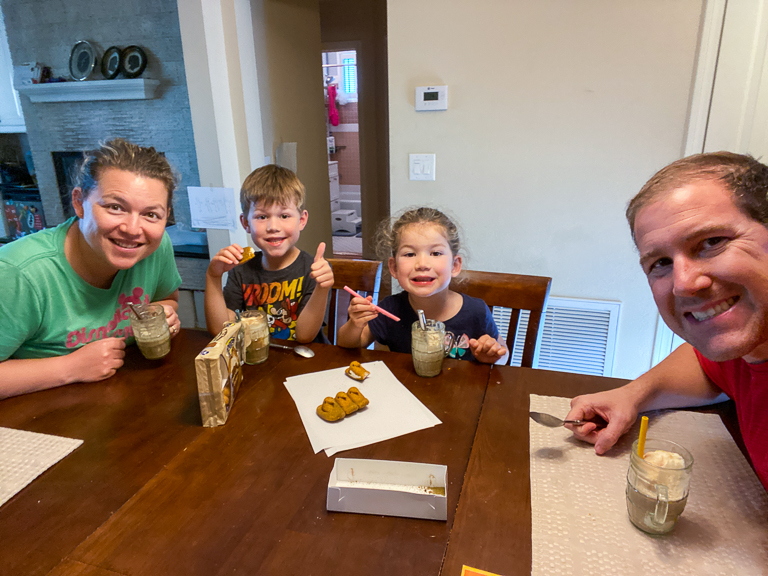 Root Beer floats are always good. We don't make floats very often, so these are a treat. 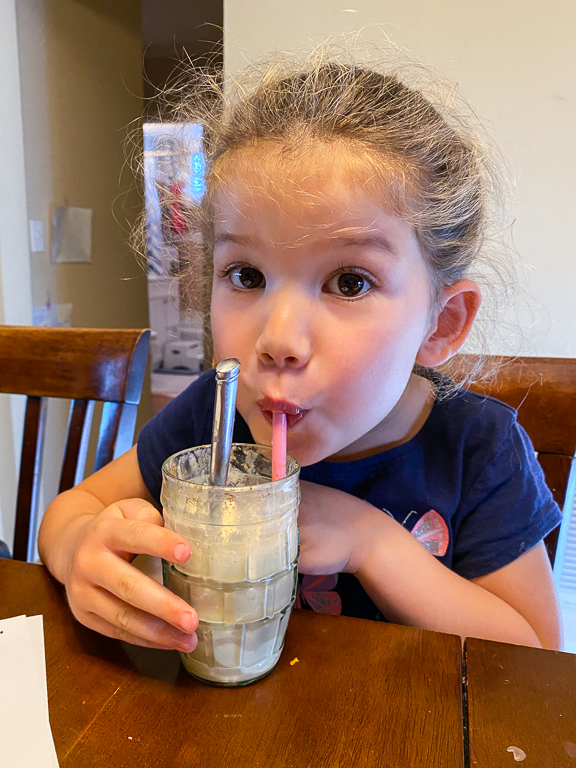 Thumbs up for both the floats and the Peeps! Bring on the next ones! 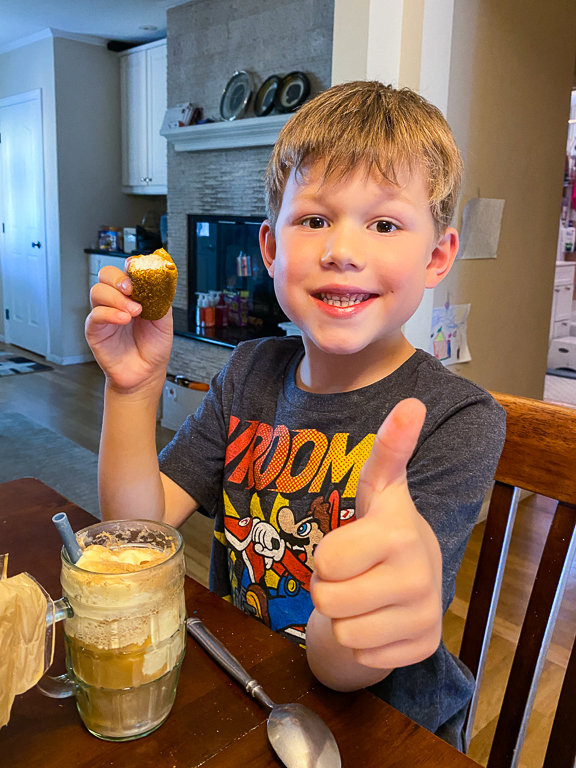