We're kicking off our Peeps taste test with Cotton Candy Peeps for no other reason than the kids wanted to try it first. 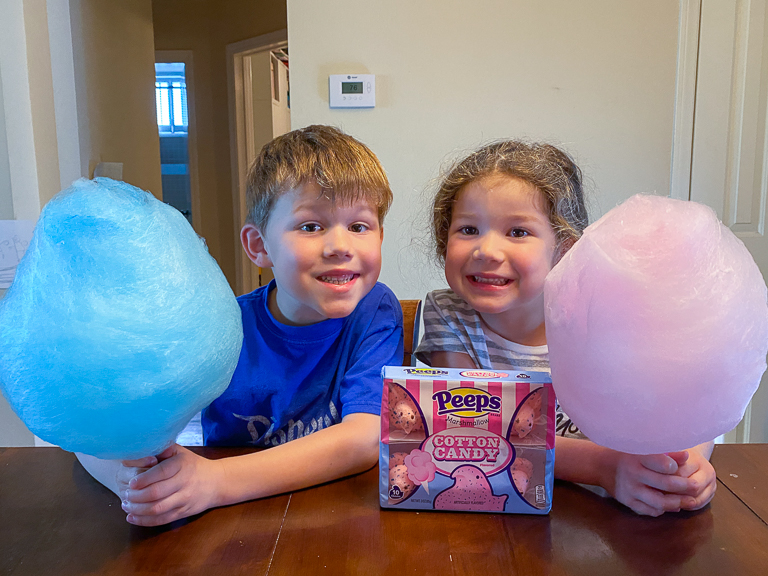 And we're trying them alongside some tasty cotton candy. 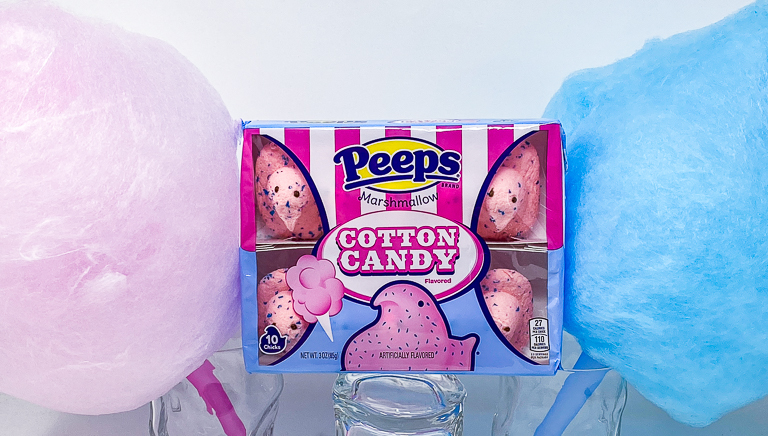 And while we could have bought cotton candy from the store, why do that when we can make it ourselves! 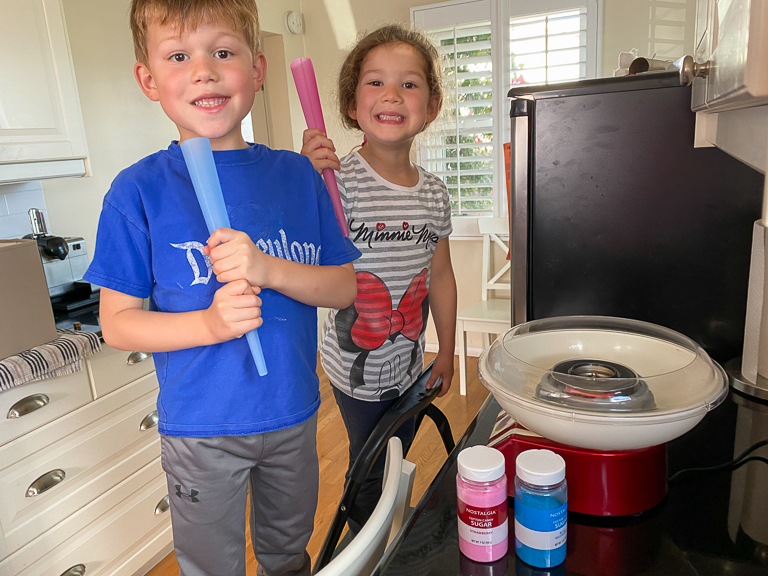 Pink of course for Alli. This little machine takes a while to warm up, and a long time to start putting out strands of sugar, but eventually it gets the job done. And for $35 we get to have the fun of making it ourselves! 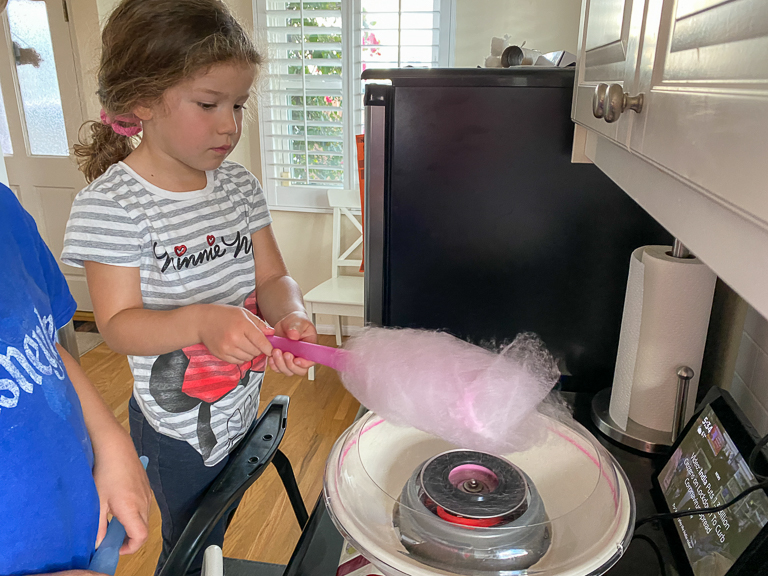 I suggested Ian use pink too, since the Peeps are pink, but he insisted on blue. Those Peeps do have specs of blue in them too, don't they. 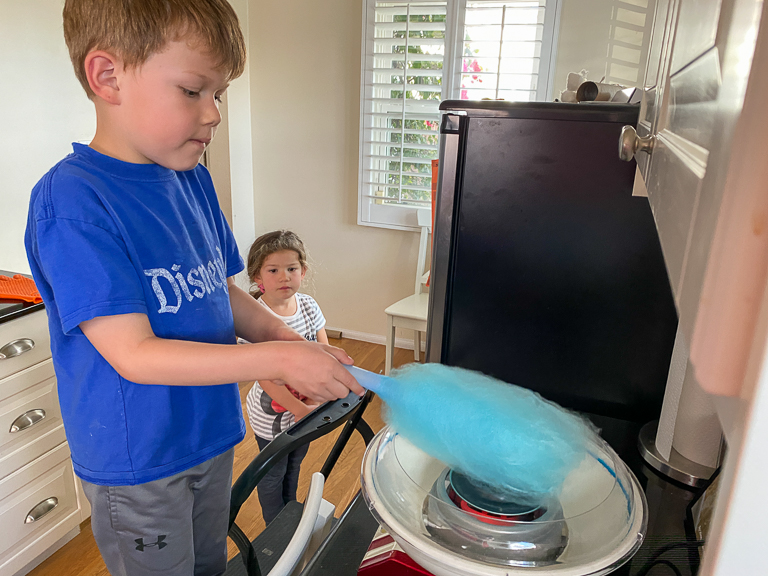 Sure enough, they do. Big grains of blue crystal sugar dot these pink Peeps. 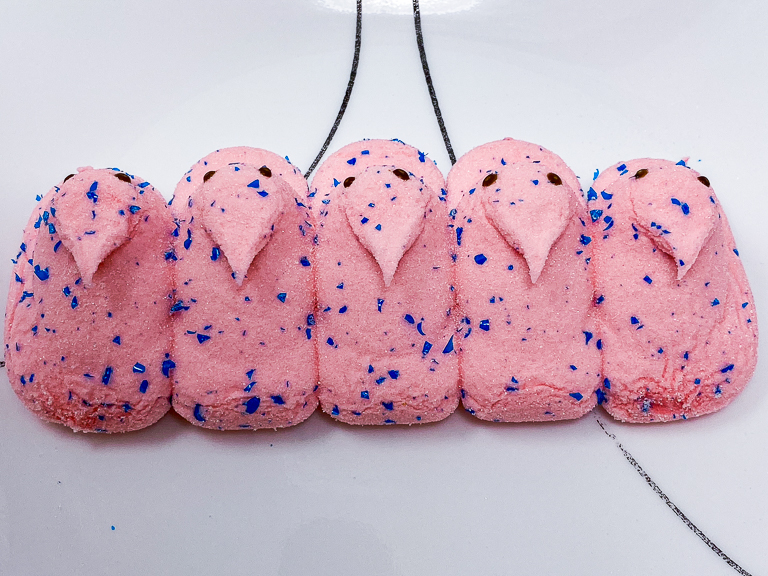 I was curious if the insides were white marshmallow like usual or if the pink goes all the way though. Turns out it's pink all the way through. The back of the package. Classic Carnival Flavor in a Yummy Chick! 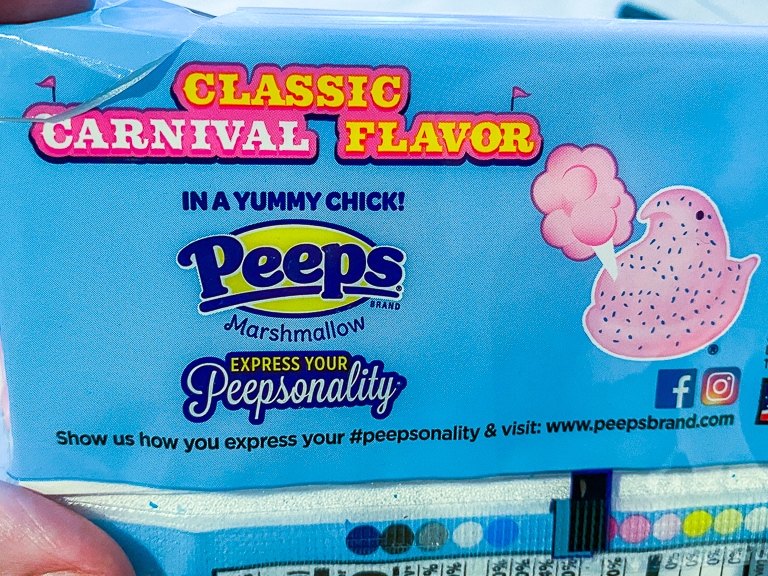 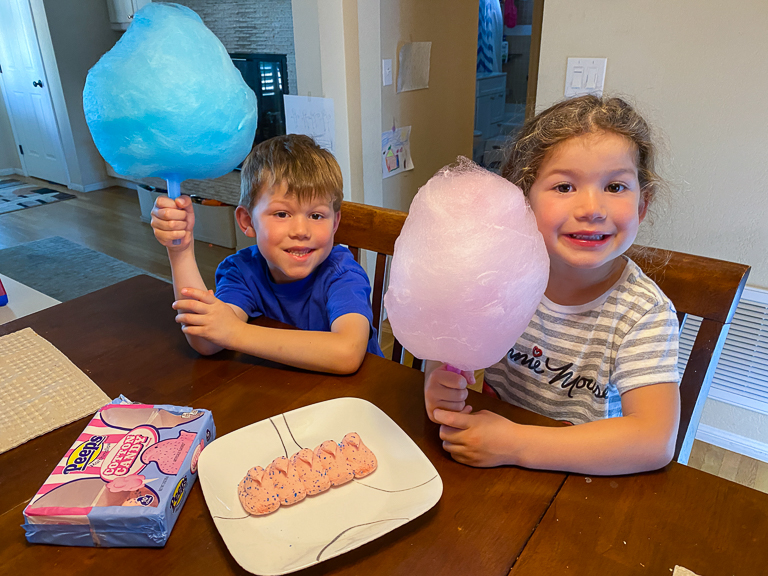 First up they wanted to try the Peeps. So what is cotton candy flavor? Usually sugar right? Sometimes a faint vanilla? I couldn't tell a difference between these Peeps and Original Peeps.
The kids though thought the Peeps tasted like cupcakes. Weird. 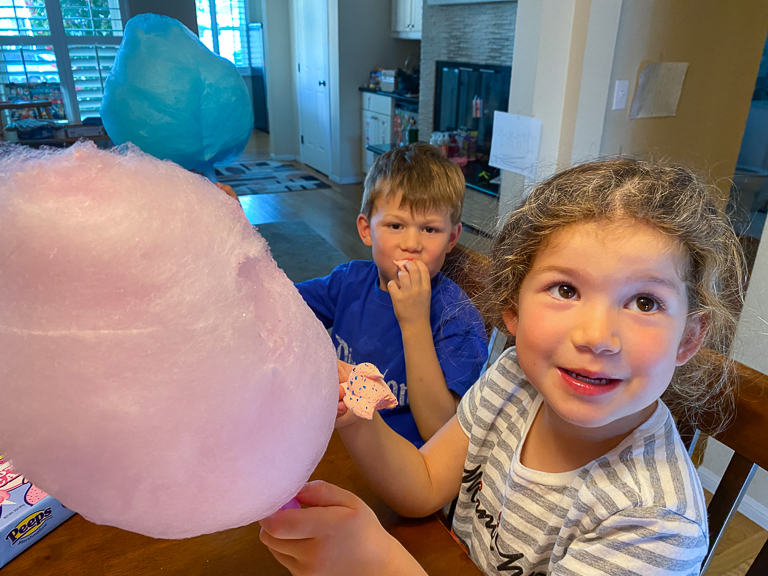 Either way, both kids liked the Peeps. 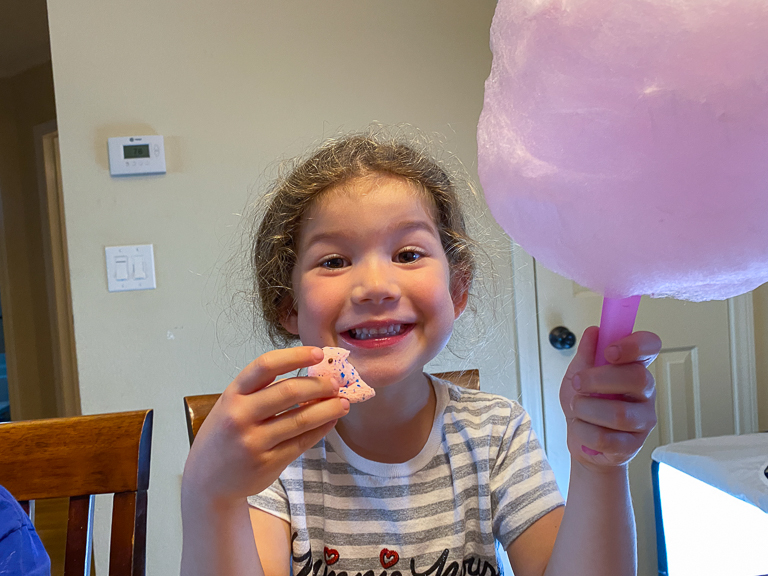 Thumbs up from Ian from behind a blue cotton candy as big as his head. 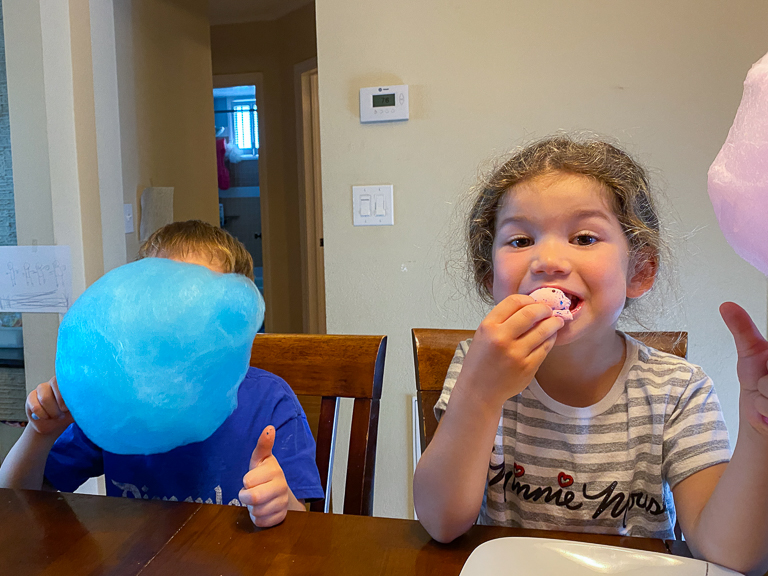 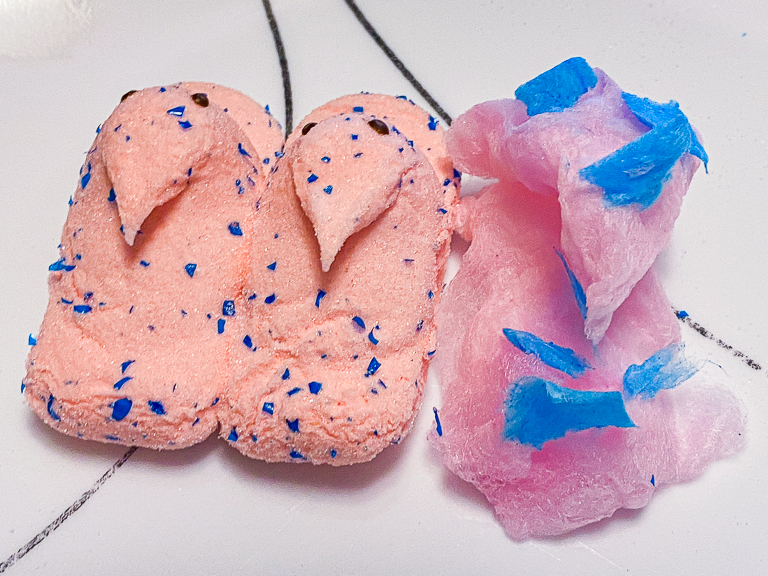 Yum! Cotton candy is something I enjoy. 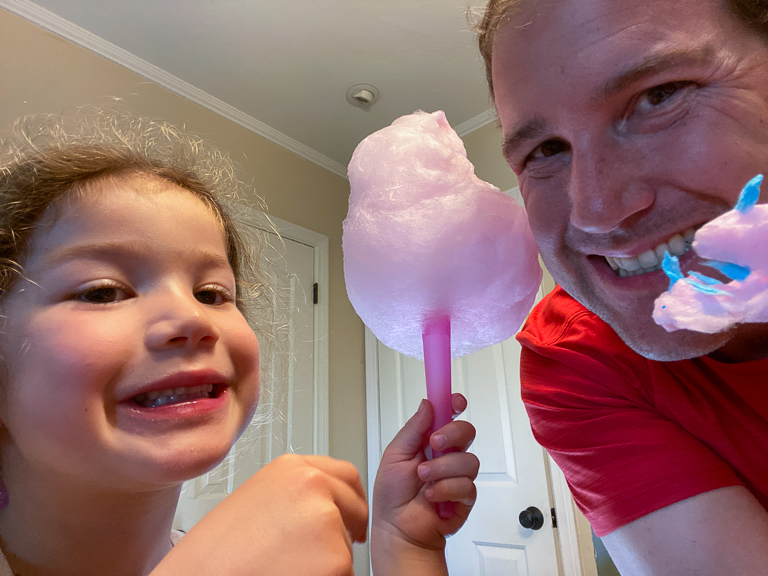 Alli didn't like it on the stick and pulled it off so she could eat it without getting sticky. Ian really really liked his cotton candy and hesitation in getting sticky. 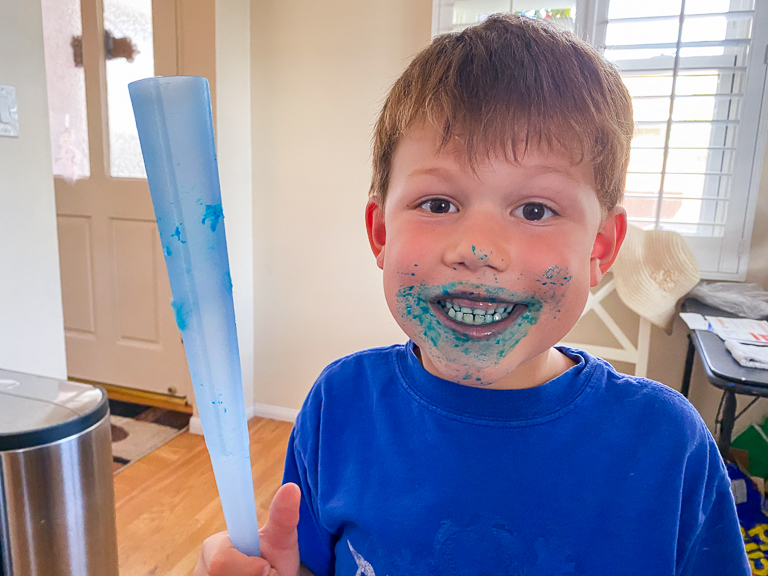