Happy Saint Patrick's Day! There's a few things going on today that are worth writing about. We'll start where we usually start. With the food.
McDonald's has sold the Shamrock Shake since 1970 and it's always a treat to see it back each year. Wow, 50 years of the Shamrock Shake!
Originally it was lemon/lime flavored, but now it's mint flavored with a hint of lime. And new this year in a limited release Southern California market, the Oreo Shamrock McFlurry! 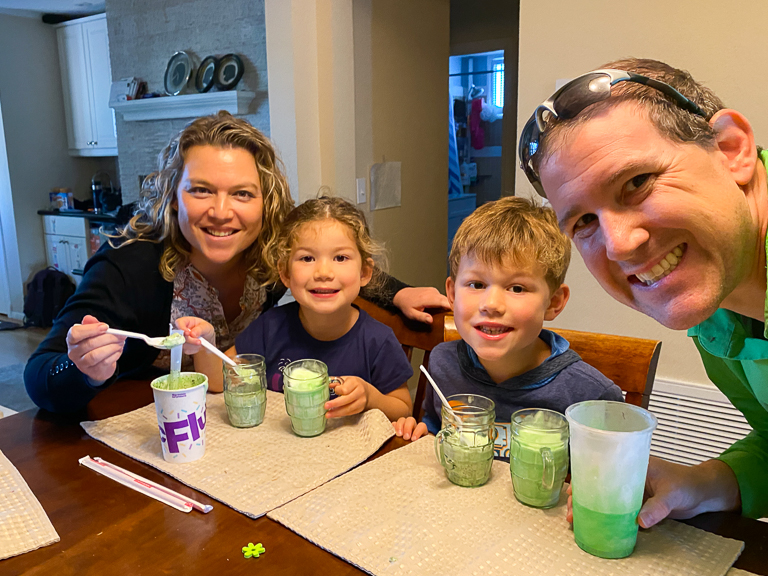 Here's the official photos from McDonalds. 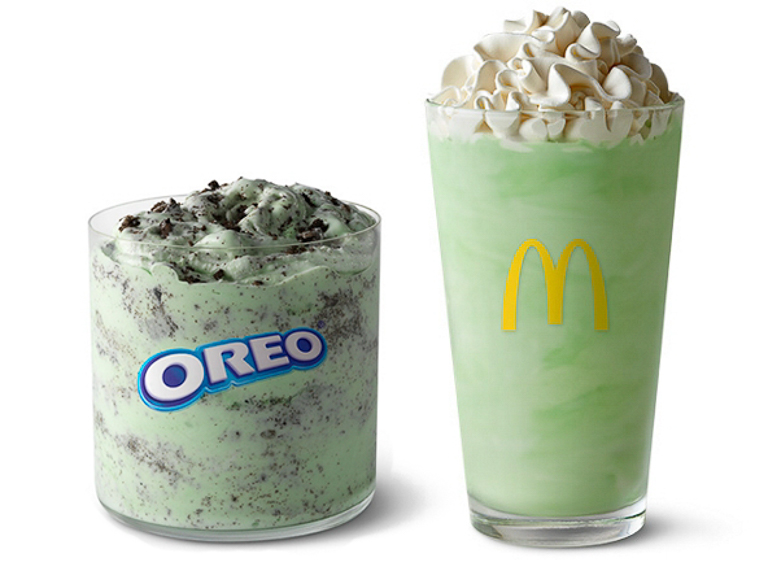 And this is what you get when you order it... Their photos always look better. The green in this one is much brighter than the official photo. And the Oreo McFlurry is missing big chunks of Oreo. 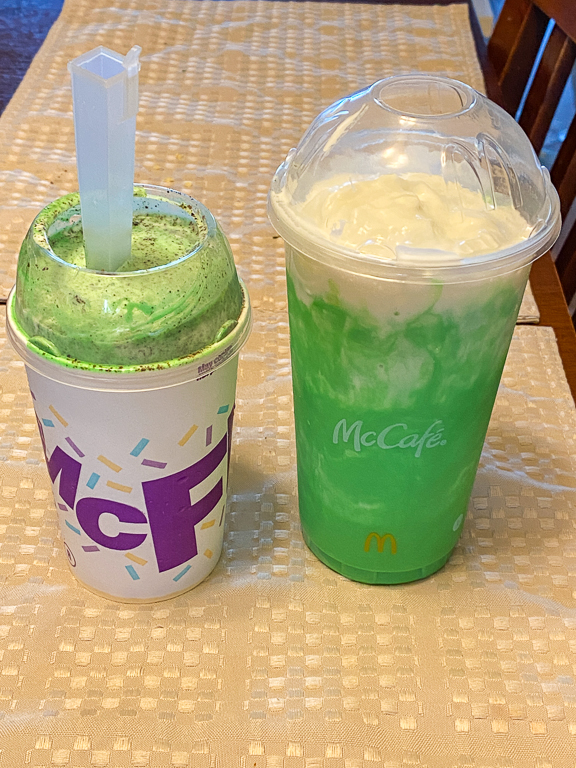 The kids have known St Patrick's Day was coming because it's featured as the main photo on our yearly calendar for March. They've been planning their leprechaun trap for a couple weeks now. Last year we had fun planning how we were going to trap that leprechaun and get his gold. This year it's a very complicated trap. 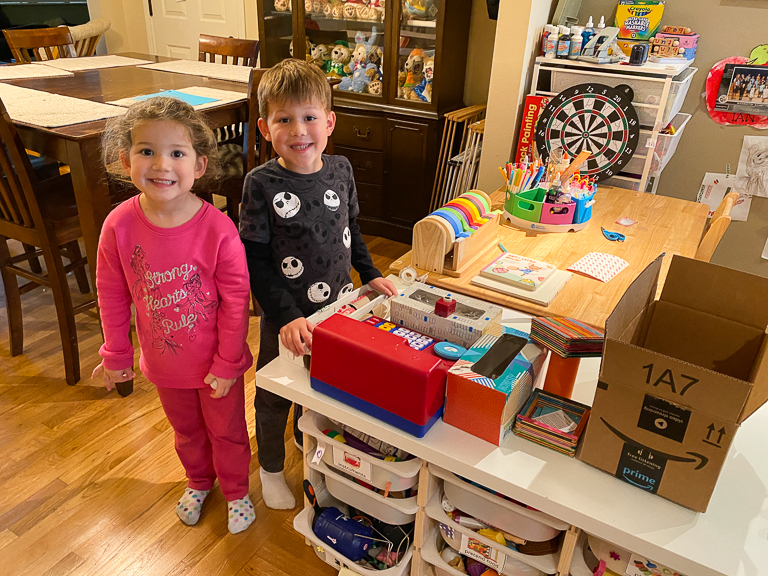 There's rollers at the front of the table that the leprechaun will slip up on. Then he'll climb on the cash register, step on the Open button which will push out the drawer and make him fall into the tissue box. 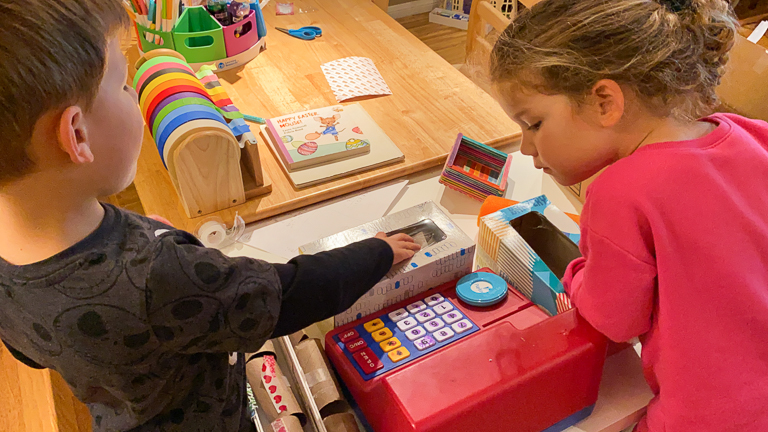 If he makes it past that, he'll step on the next tissue box, which looks normal but they've cut the edges so they'll not be as stable and fall in. Should he get past that, the popsicle stick topple tower is unstable. He'll step on that and fall into the other popsicle stick base.
Then there's a box. There's strips of tape on the edges to catch him. 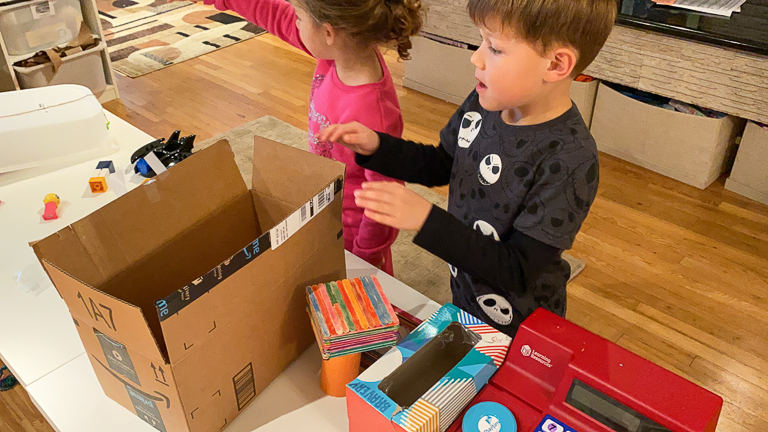 This circular plastic tube has tape inside. 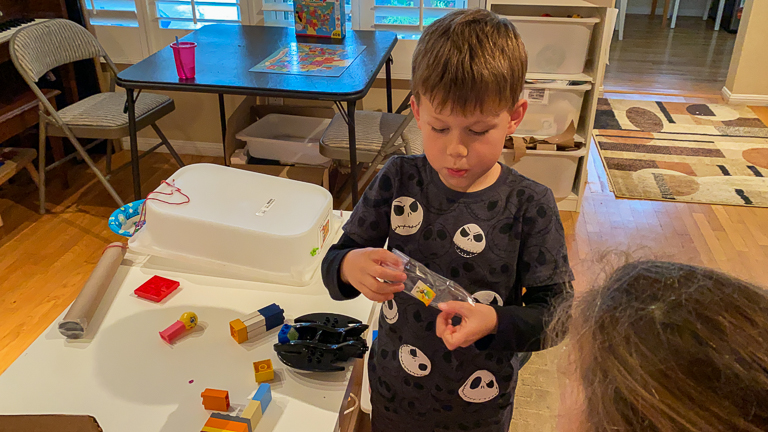 There's the classic box and string trap. The bowl has candy which the leprechaun will take and then he'll get trapped inside. 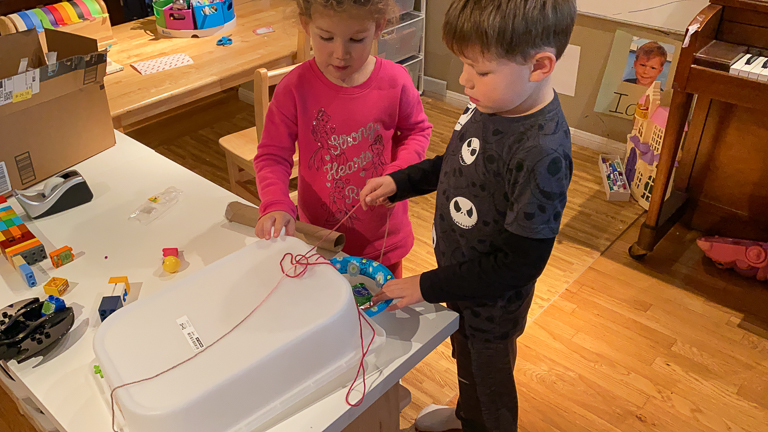 There's a second trap by the fireplace as well, though I didn't quite get how that one was supposed to work. Made sense to them though. 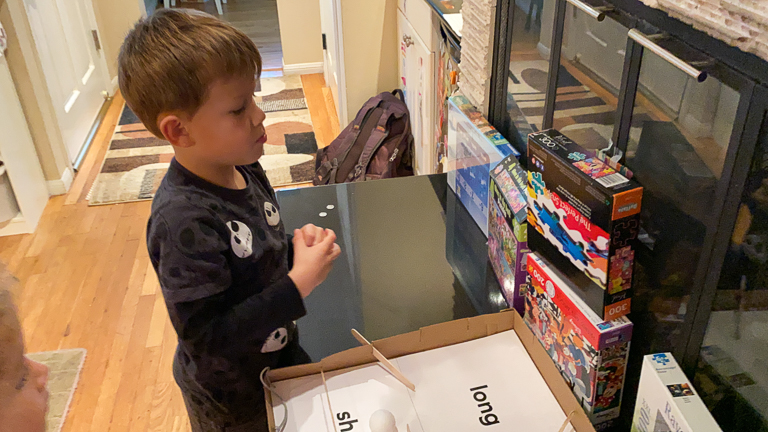 The next morning, we've caught ourselves a leprechaun! All the traps before this were sprung. His foot is trapped in the circular tube and he's got pieces of tape stuck to himself too. There's gold coins for the kids too! 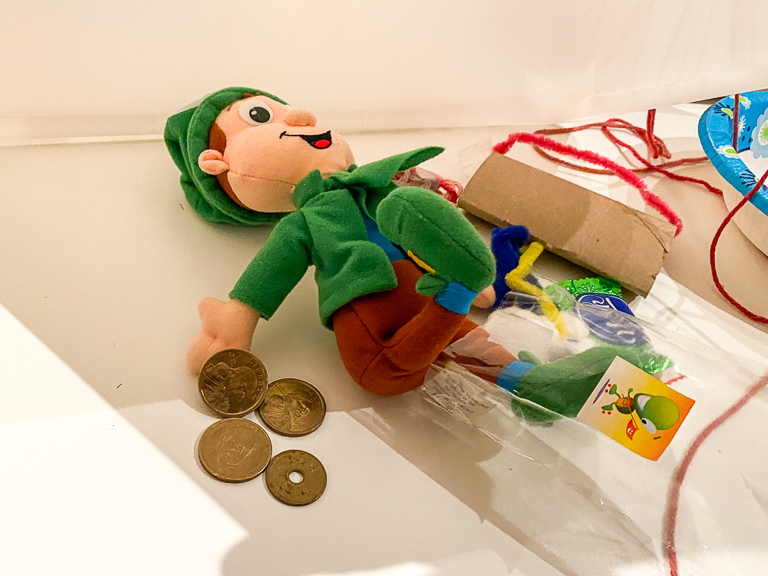 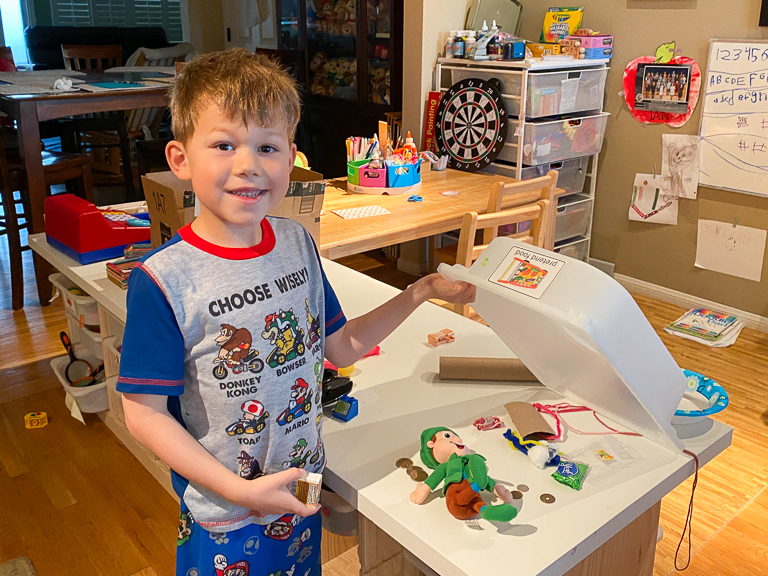 That was fun to figure out all the traps and creative ways it might work. Driving in to work, Theresa and I were treated to this beautiful rainbow. Ian has been asking about the end of the rainbow and why we can't go there. This seemed like a good opportunity. 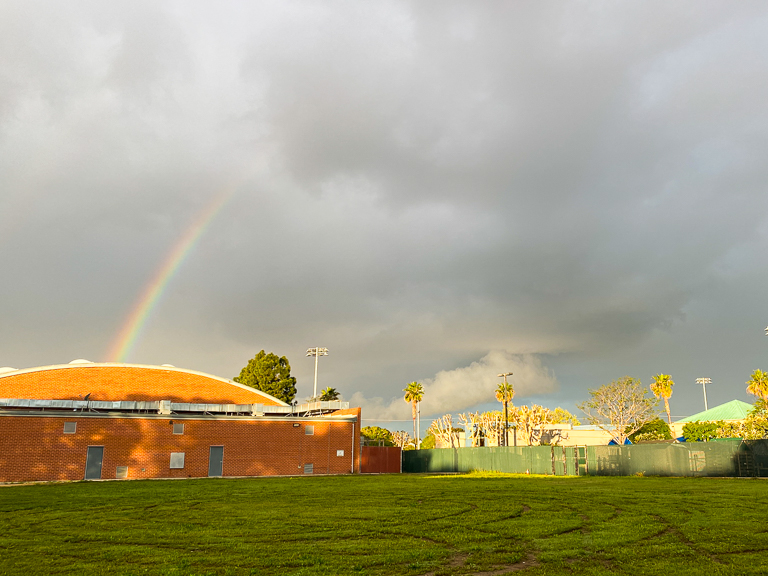 After work I made sure to stop by McDonalds for some treats. I would have liked to pick up some Krispy Kreme Donuts or something else, but it's a bit far away and I'm trying to get home.

A closer look at the new Oreo Shamrock McFlurry. 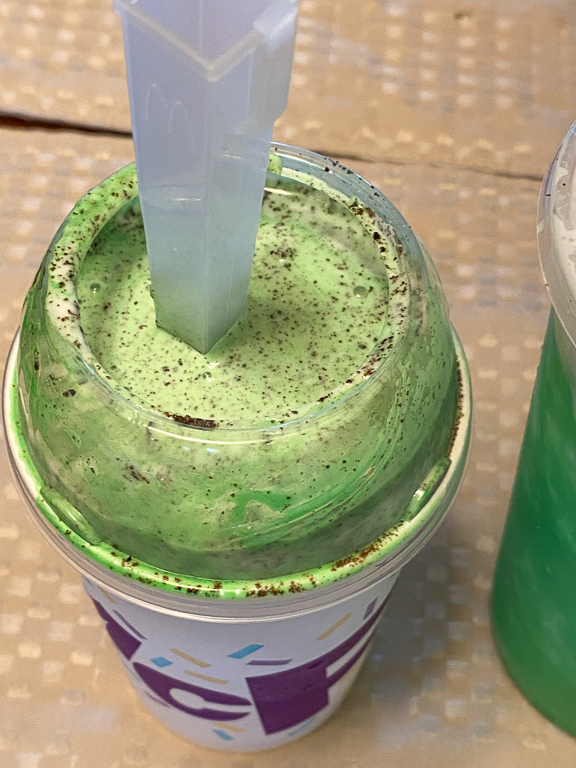 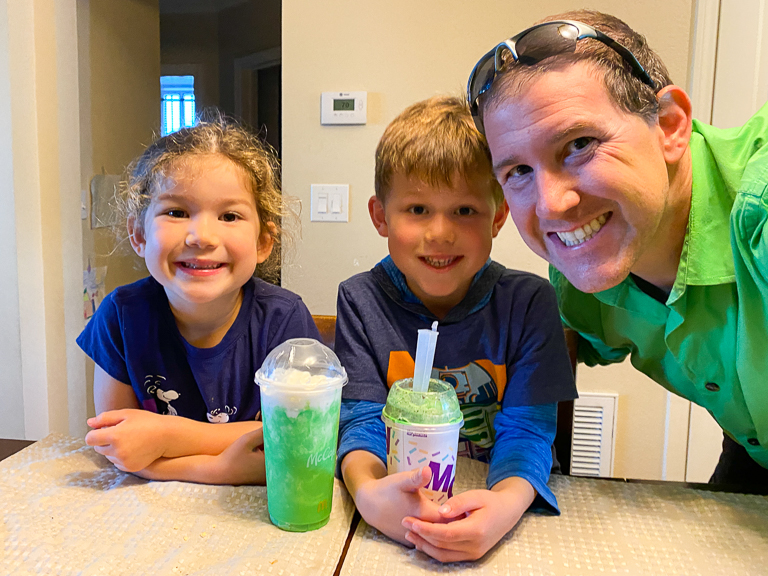 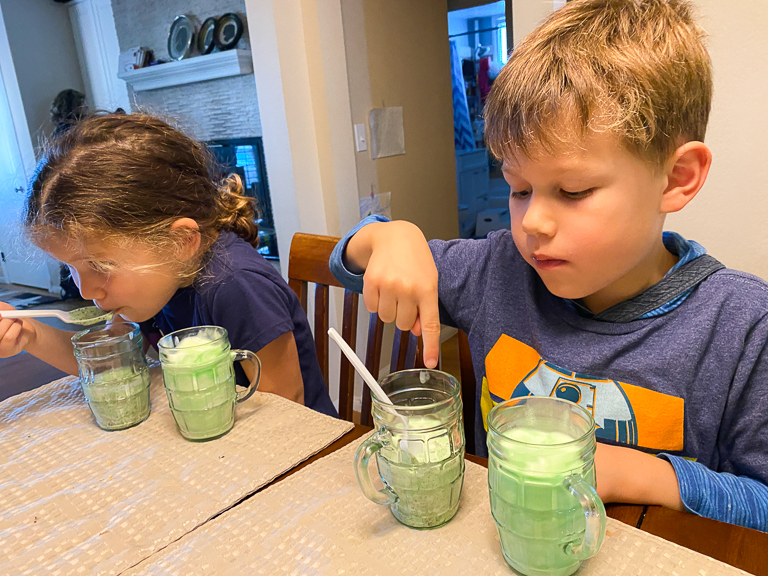 Bedtime! Our little reader has an Epic account with access to a ton of books! There's even a guide of How to Catch a Leprechaun. Ian read that to us for his bedtime story. 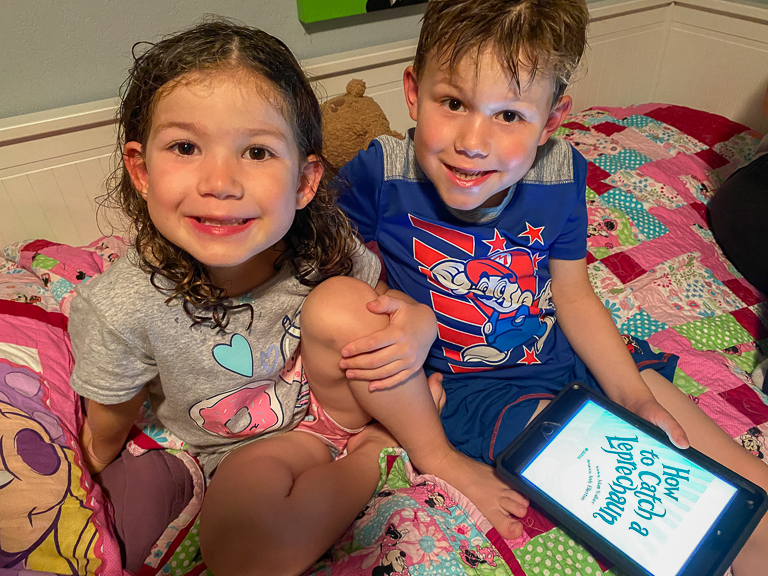 I love how he loves reading. Alli is getting good too! 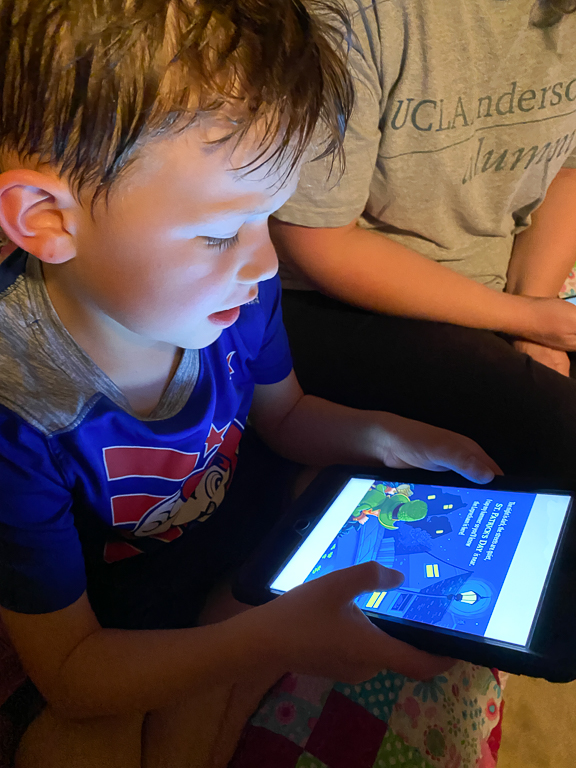