Let's try another Saturday morning cereal!
Is it a candy? Is it a cereal? It's both! General Mills and Hershey's have teamed up to make Hershey's Kisses Cereal! 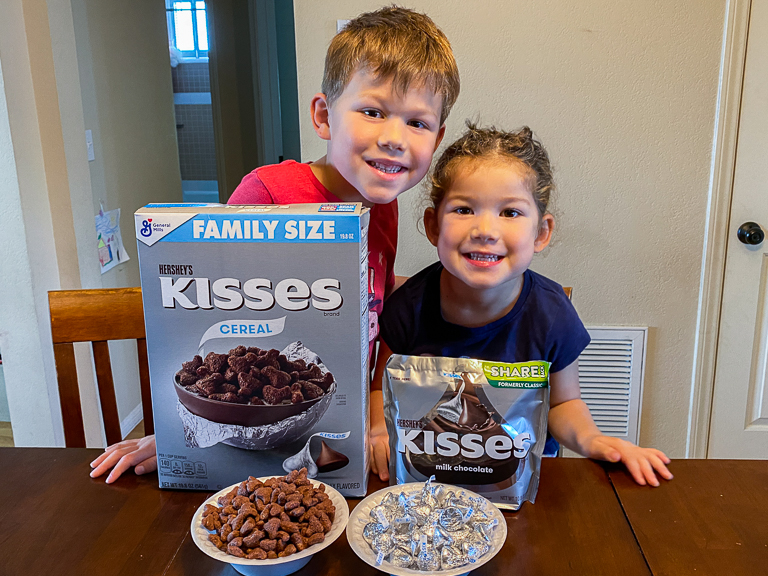 We're tasting them alongside the chocolate Hershey's Kisses. 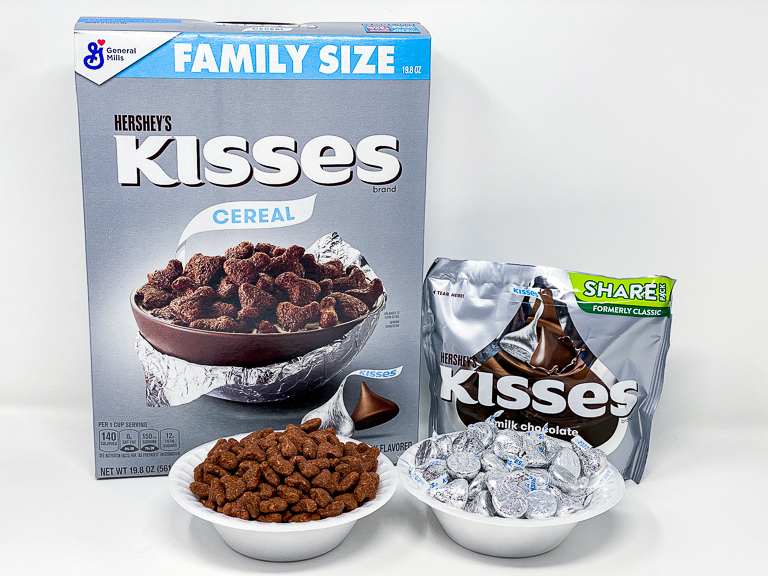 Taking a closer look at pieces of cereal. They're an interesting shape. 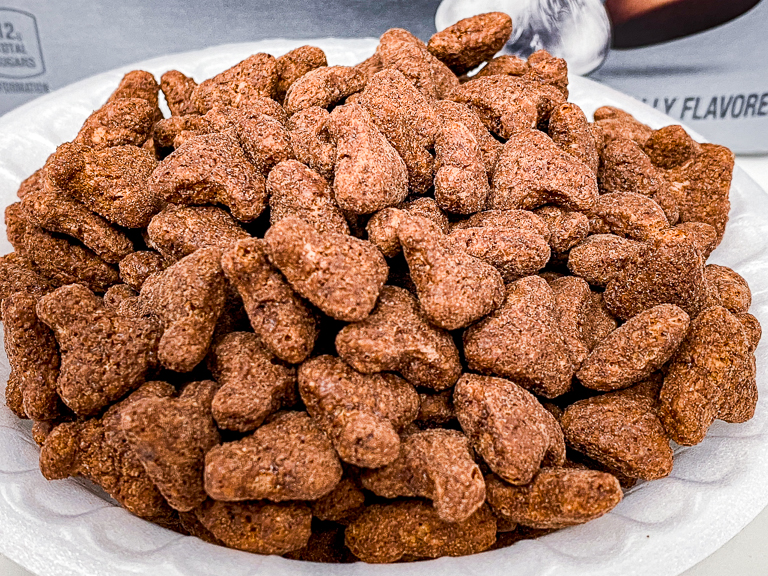 Ah, they're supposed to be this kind of shape. 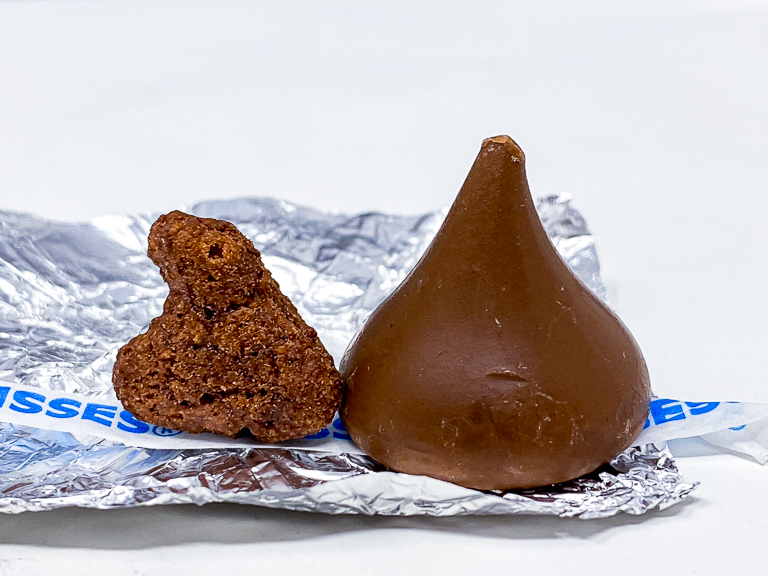 From the back of the box, "Introducing Hershey's Kisses cereal. Together at last, a cereal inspired by your favorite chocolate treat, ready to unite with milk to create the perfect tasting cereal." 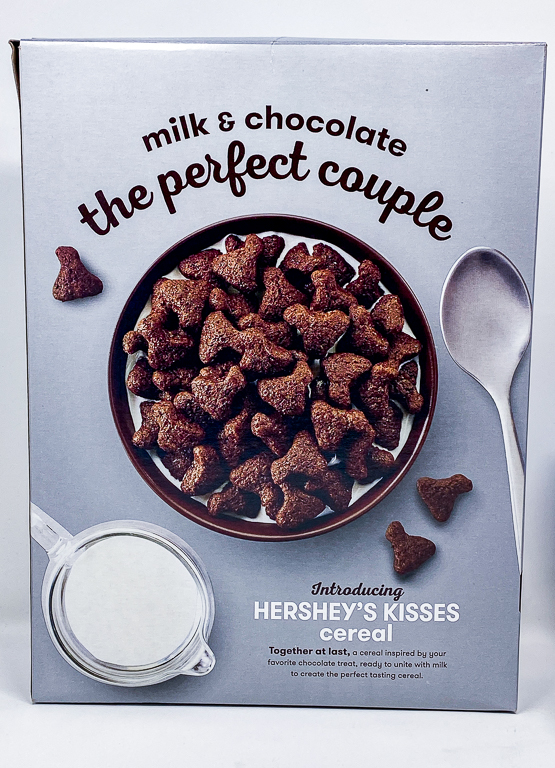 And verifying on the ingredient list, yes, they do use Hershey's Cocoa. 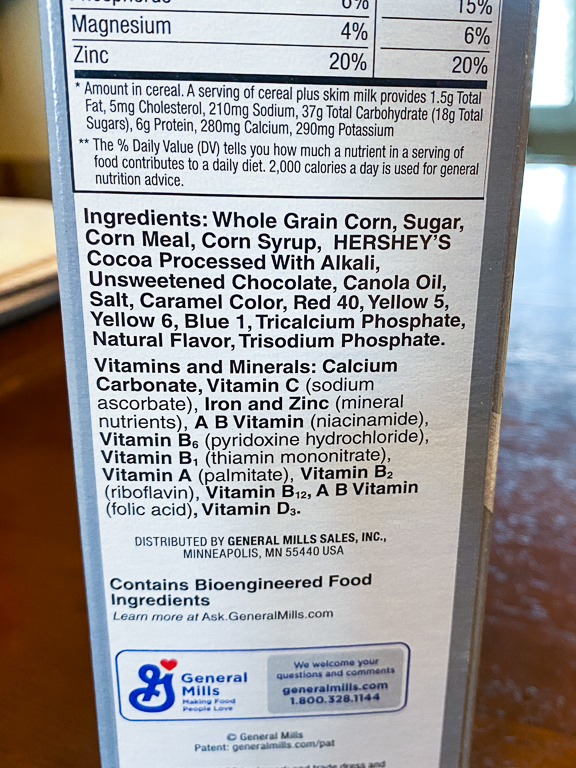 Time to taste them. First up is the cereal. 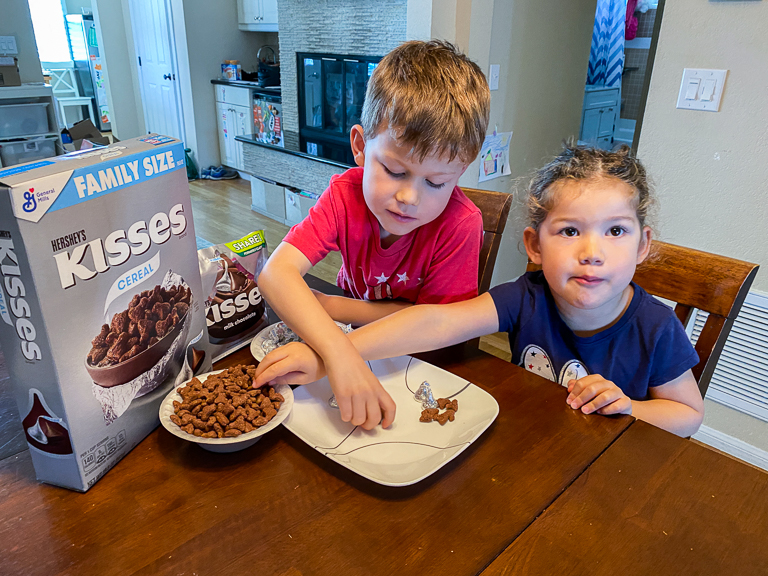 It's a crunchy chocolatey cereal. Hershey's chocolate has a particular flavor to it, but I'm not getting that Hershey's flavor in this. It's definitely chocolatey but I guess there's more to the flavor than just the cocoa. Ian liked it. Alli was on the fence. 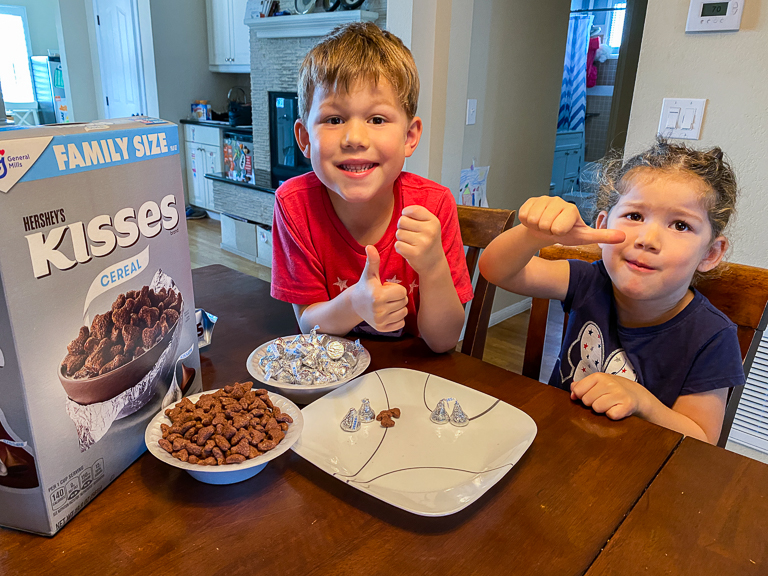 How about the chocolate Kisses? Oh yeah, those get a thumbs up for sure. 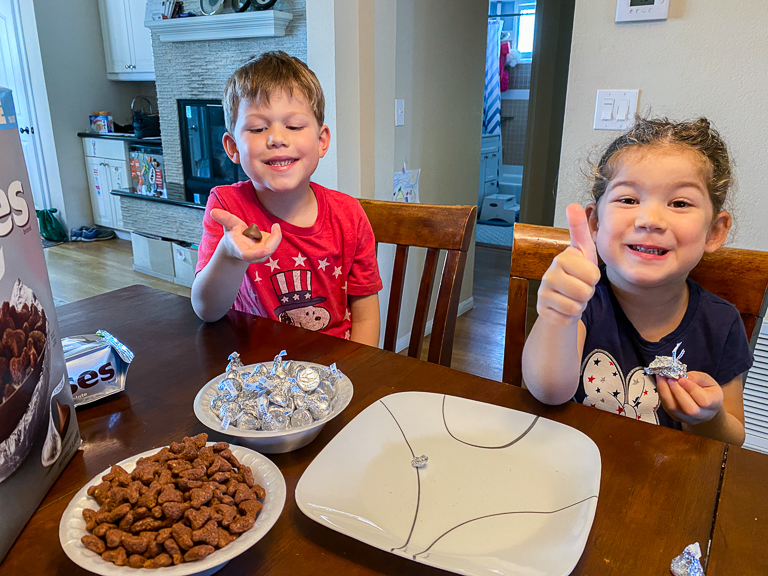 The back of the box did say to have it with milk though, so I supposed we should try it that way too.
Once we added milk, that made it a bit tastier for Alli. Worthy of a thumbs up. 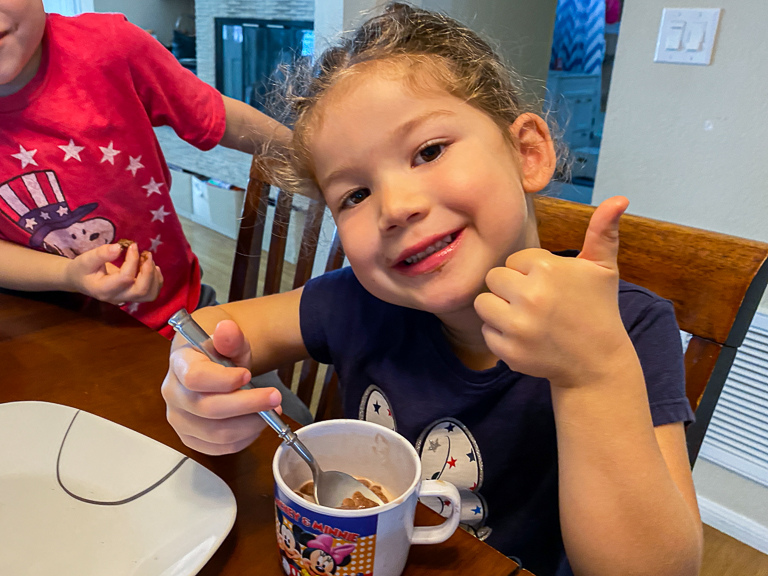 And as a bonus you get chocolate milk! 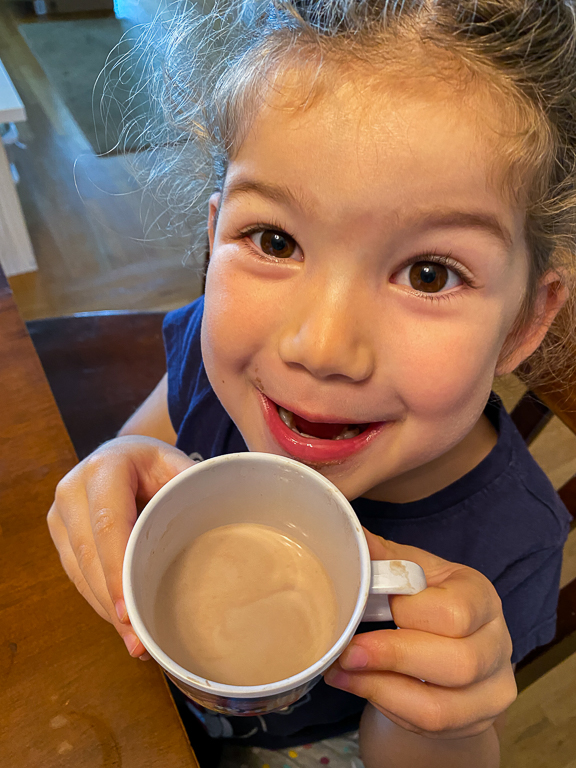