It's time to try the next Peeps on our list. Today we're tasting Sour Watermelon Peeps. Once the flavor was decided, Ian ran to his room to change into a more appropriately colored outfit. Long-sleeved red undershirt, with a green t-shirt on top. Looks great Ian! 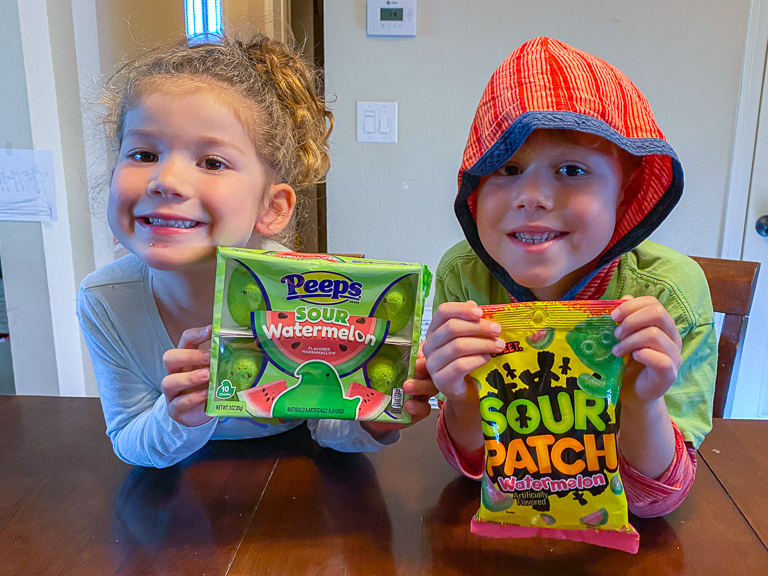 So what kind of thing goes with Sour Watermelon? When I'm thinking Sour Watermelon, I usually think about the Sour Patch Kids Watermelon candies. They start Sour then turn Sweet. 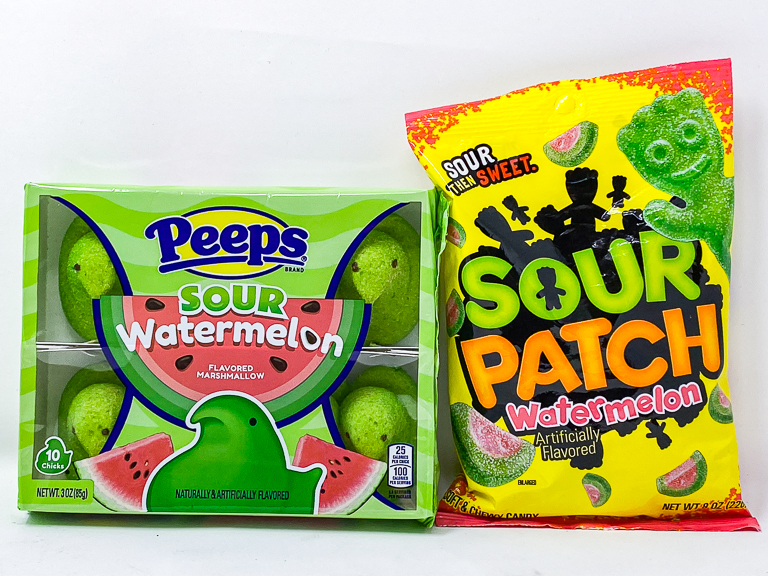 Those gummies are two toned. Before I opened the package of Peeps I made everyone guess whether or not the Peeps would be appropriately colored. Ian, Alli, and Theresa all had their doubts, thinking the insides would still be white. I went against the majority and predicted the Peeps would be right color inside. 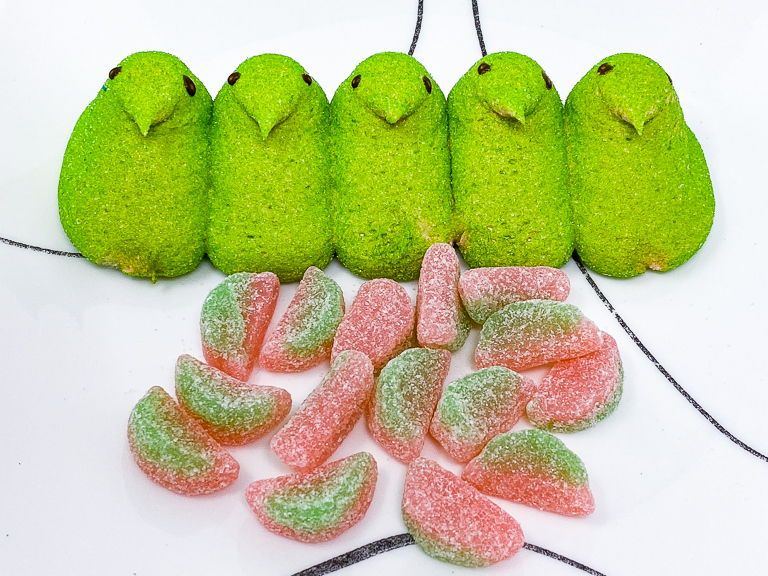 And I was very happy to see I was right! Good job Peeps! 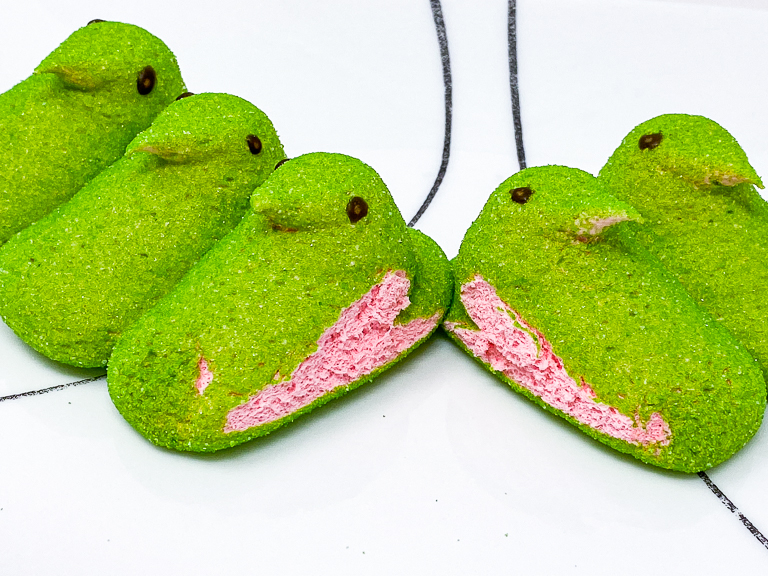 The back of the box. Pucker up & enjoy the sweet and sour taste of refreshing watermelon. Ah, the back even says what color marshmallow is inside. 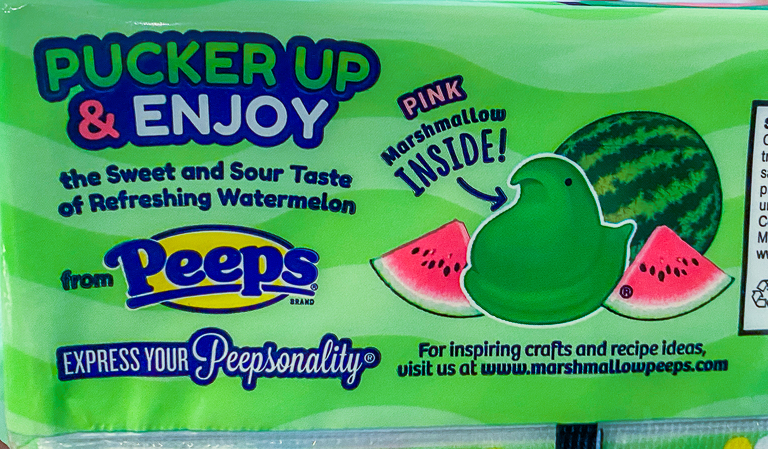 Let's eat 'em! Like all the ones we've tried so far, we're starting with the Peeps. 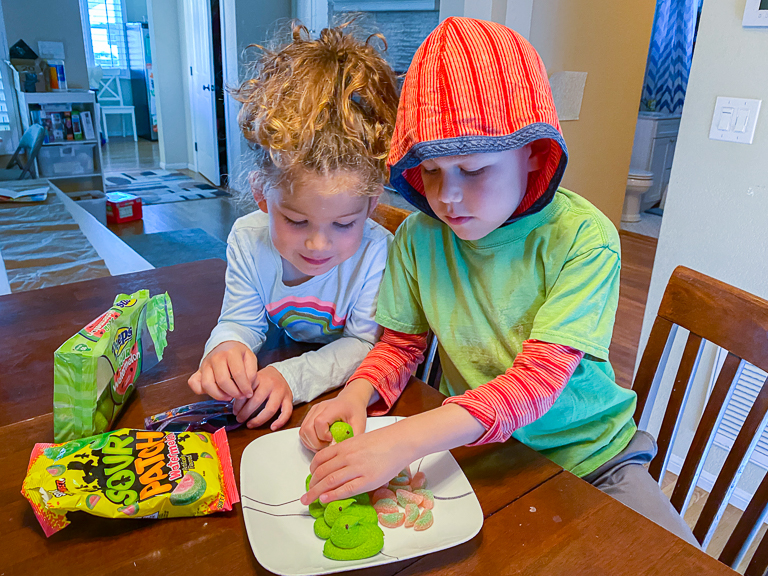 Oh yeah! Where the flavor of the two we've tried already has been subtle, the flavor on these is bold! It's a good sour watermelon flavor. Alli thought they were so good she had to put hers down to give it a proper two thumbs up. 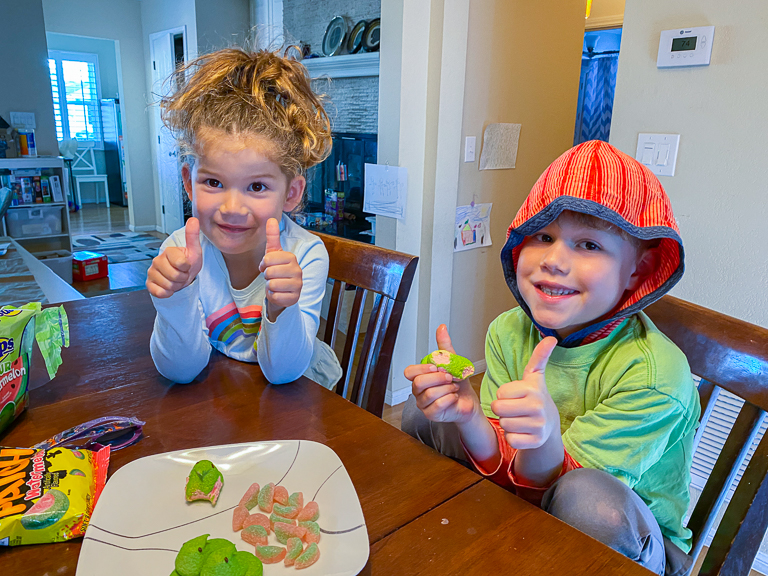 And the Sour Patch Kids Watermelon candies? Yum! Also a tasty flavor. Big thumbs up on these too. 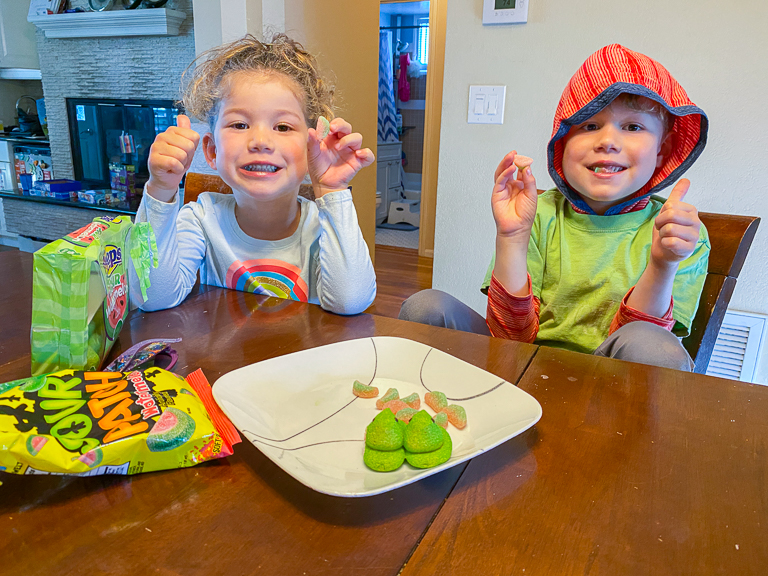