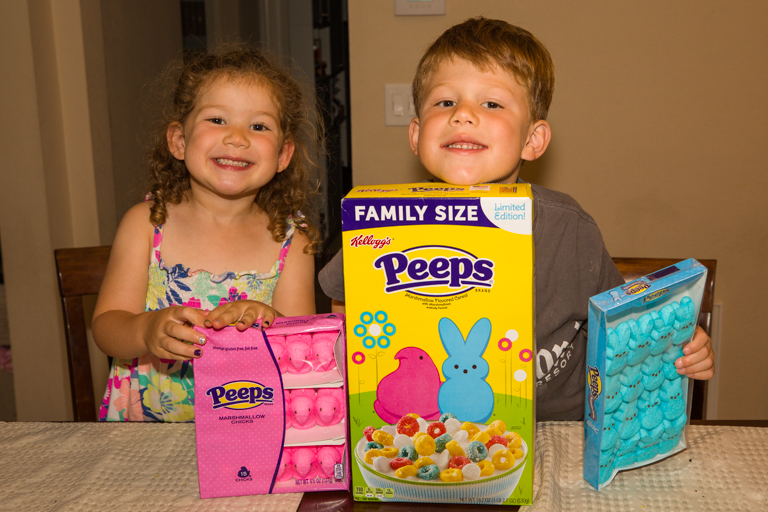 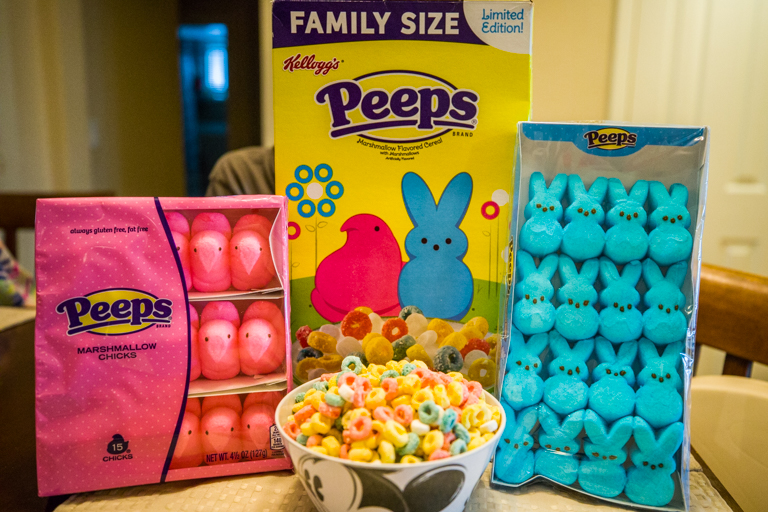 Opening the box and yes, you get the strong smell of marshmallow. Despite the different pink, blue and yellow colors, everything is flavored like vanilla marshmallows.
And speaking of marshmallows, they were actually soft and squishy! Definitely not the texture of your regular freeze-dried marshmallows you might find in Lucky Charms or something. 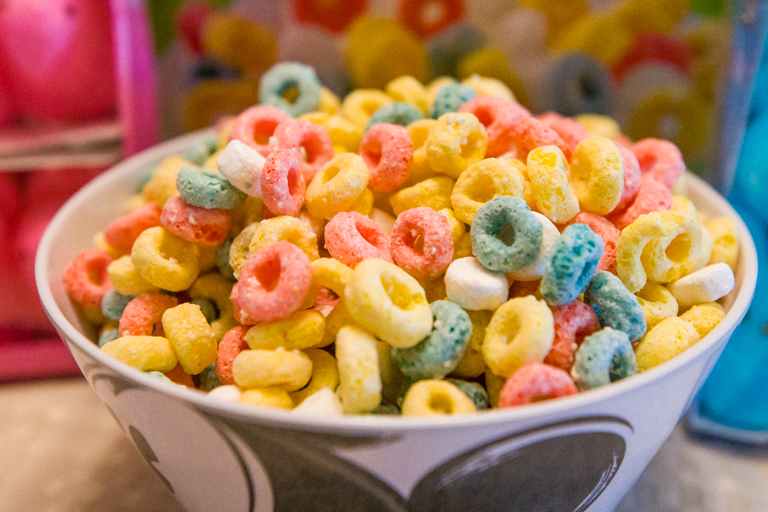 The cereal was certainly tasty. I wouldn't mind having it for breakfast. And of course it tastes sweet. It's Peeps.
The kids were excited to try the regular Peeps. Ian combining the bunny and chick to make a hybrid peep. 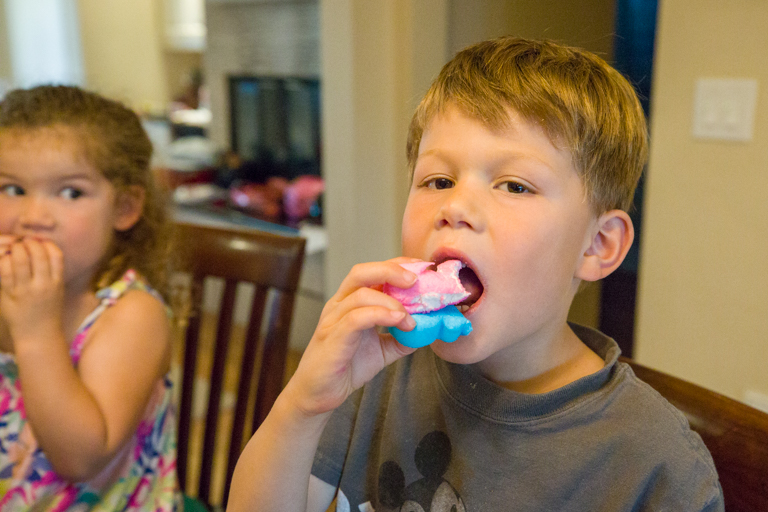 Now those are some big marshmallows in that cereal. 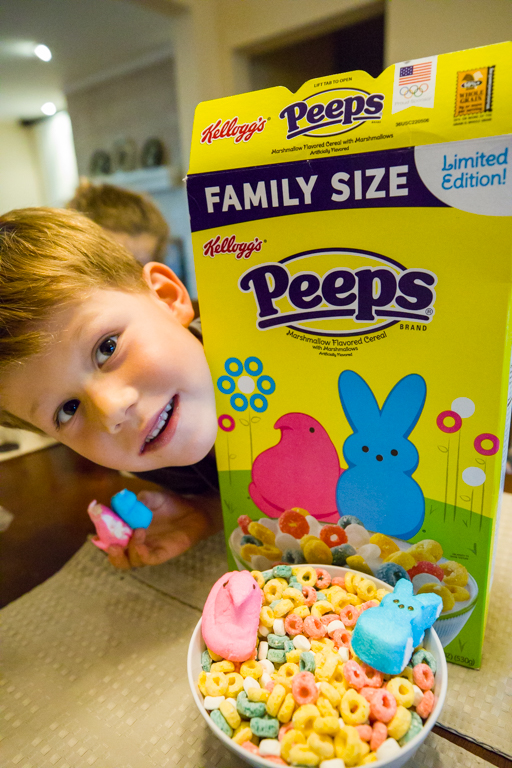 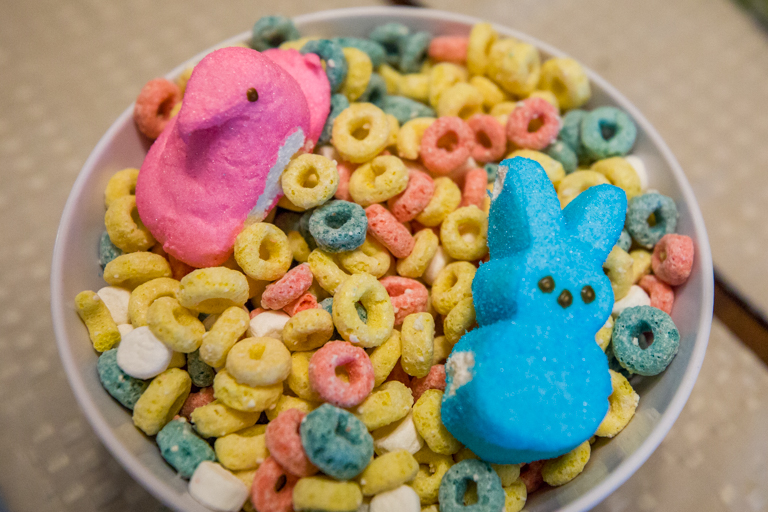 The board game on the back. 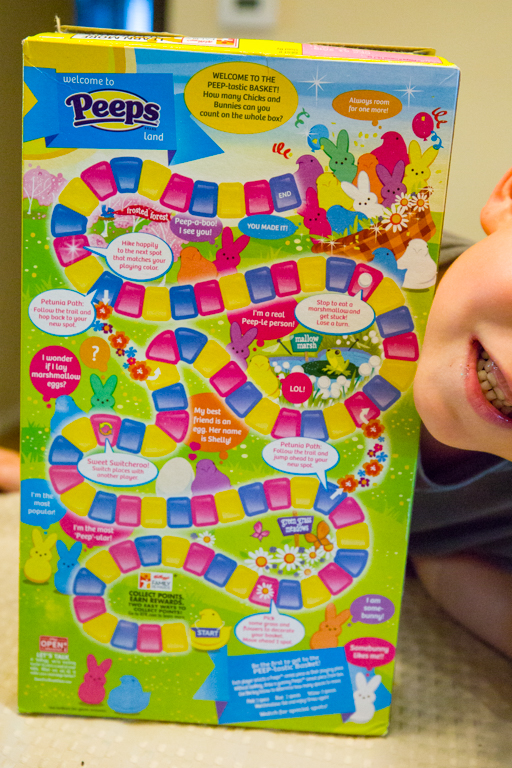 The kids enjoy science experiments and there's a pretty standard one you can do with Peeps. Put them in the microwave! 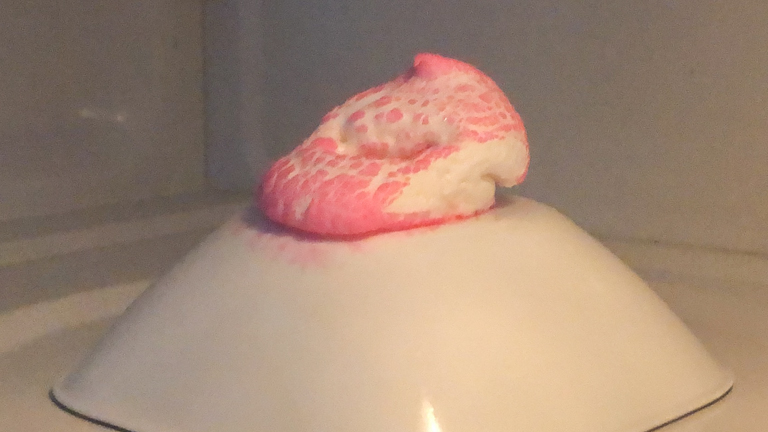 The chick and the bunny got the microwave treatment. I thought the bunny was especially funny because "his fluff is coming out".

Afterwards the kitchen smells of toasted marshmallow. These Peeps are a little crunchy now. 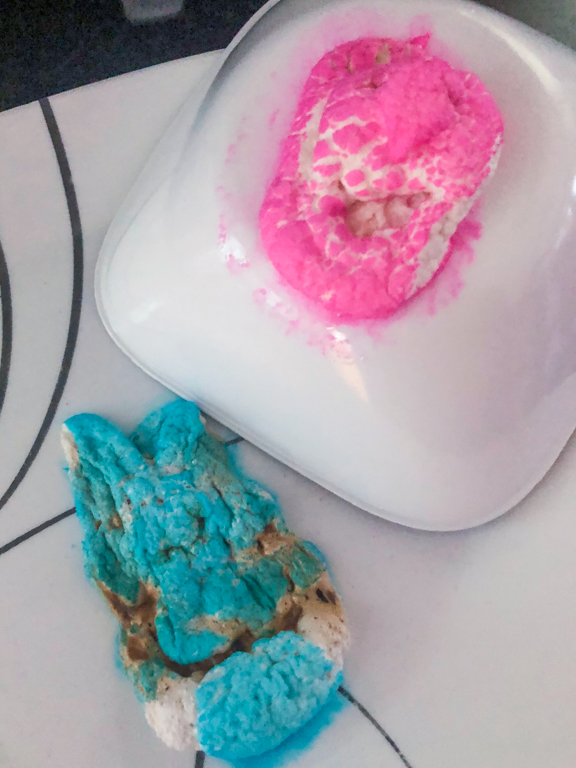 Do you like Peeps? Are you going to get the new cereal before it disappears?

Follow-up:
Ian's been wanting to play the board game on the back ever since he saw it. I had taken the box of Peeps in to work, and he kept asking and asking me to bring it home so we could play the game.
Eventually I remembered to bring it home and the board game has become a favorite. It's a basic Chutes and Ladders style game, but instead dice you draw cereal colors. Pink - 1 space, Blue - 2 spaces, Yellow - 3 spaces. Draw a marshmallow and you get to eat it and draw again. Until we established a "first one you touch" rule, the kids were getting very very lucky drawing marshmallow after marshmallow out of the bowl.
And after you draw any color piece of cereal you get to eat it. Perhaps that's why it's their new favorite game. 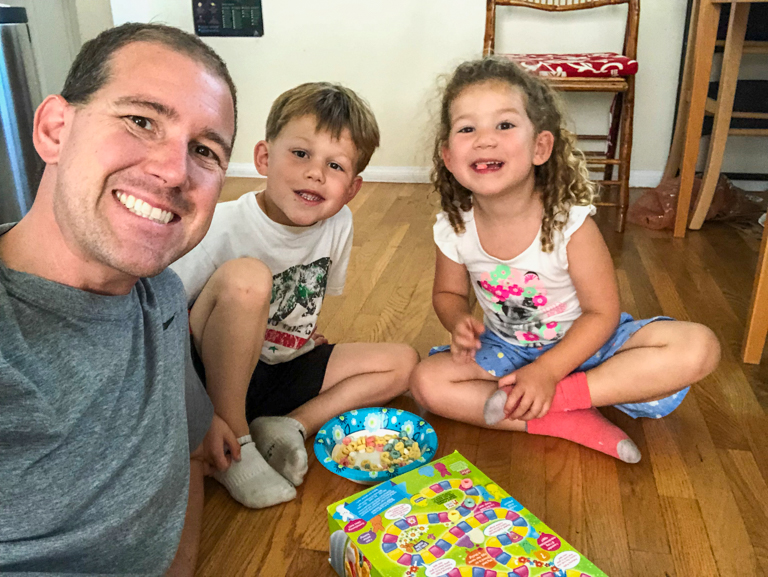