Taste tests are always fun and today we've got a good one.
Grandpa loves just about everything Hostess makes, but his favorite has to be the Honey Bun. So I was especially excited to see two new cereals from Post celebrating Hostess Donettes and Hostess Honey Bun. 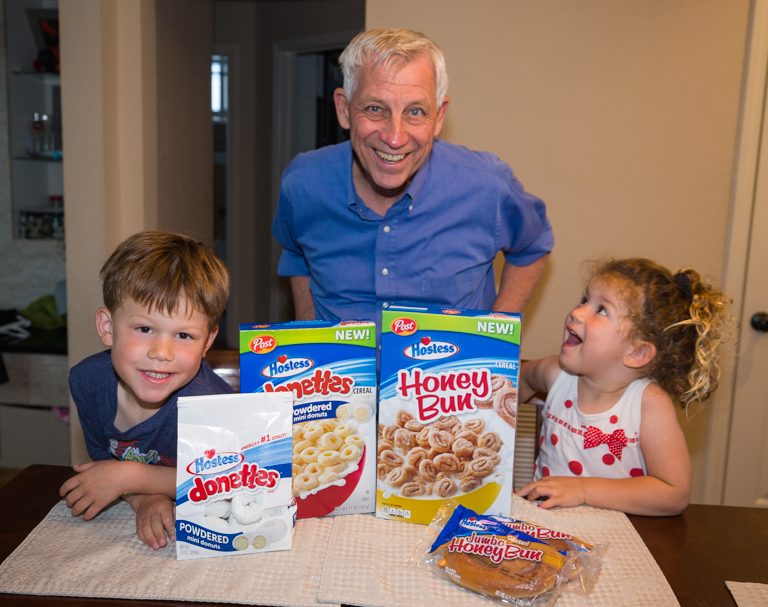 And when you're testing the cereals, you've got to try what they're based on too. 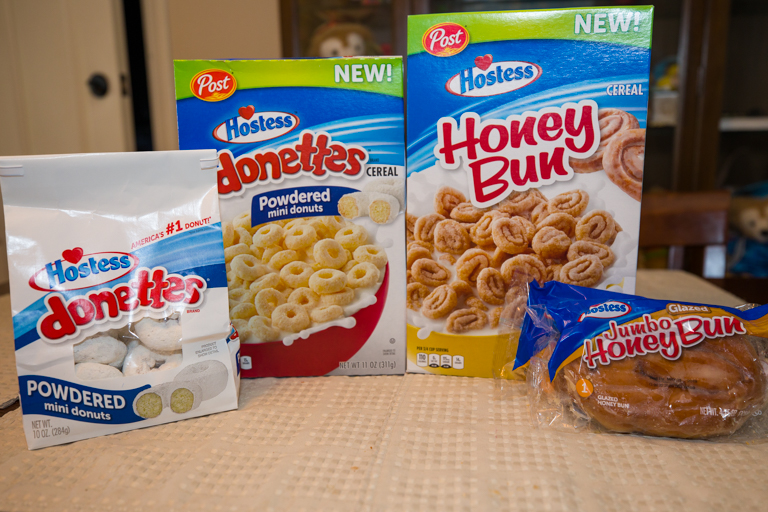 Obviously we have to start with the Honey Bun. 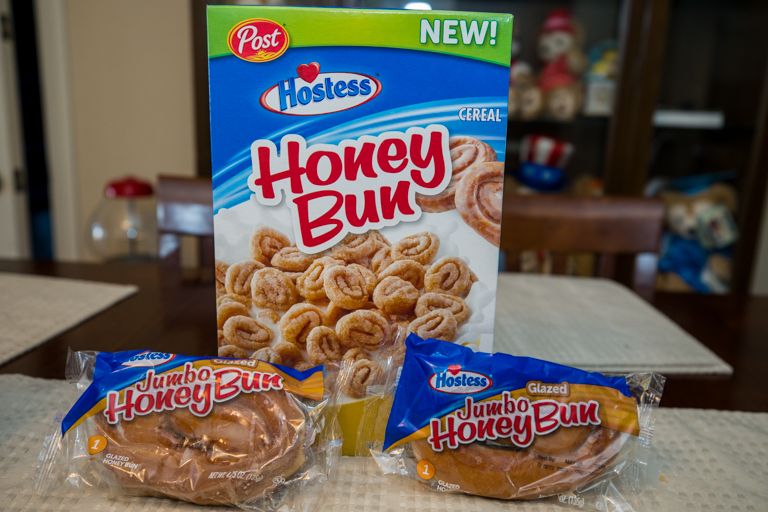 The back of the box. Promising to recreate the flavor of honey glazed pastries with a wisp of cinnamon. 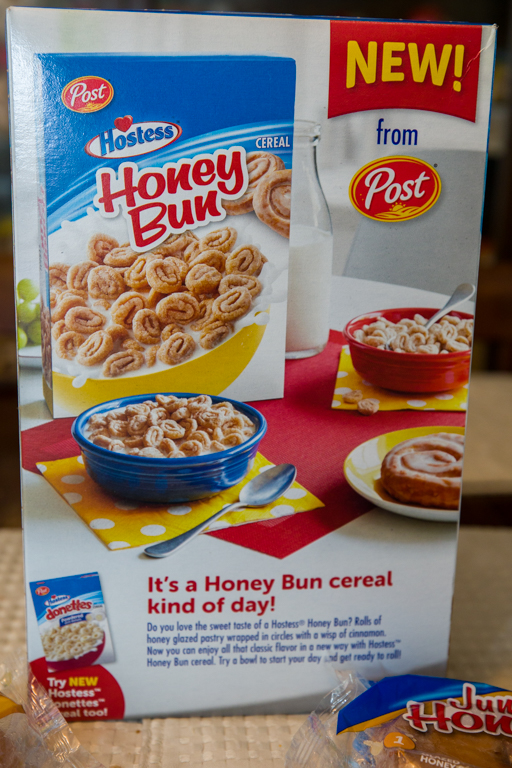 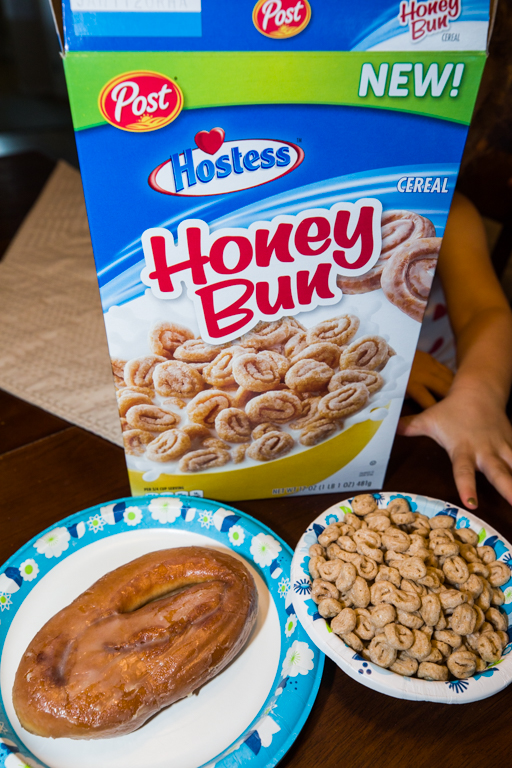 Everyone tried them and everyone agreed they were sweet, sweet, sweet! I was tasting sugar, but not really honey. 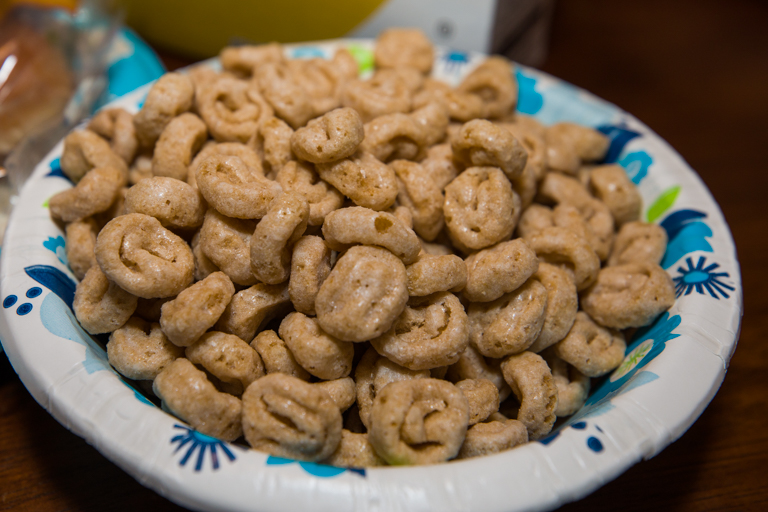 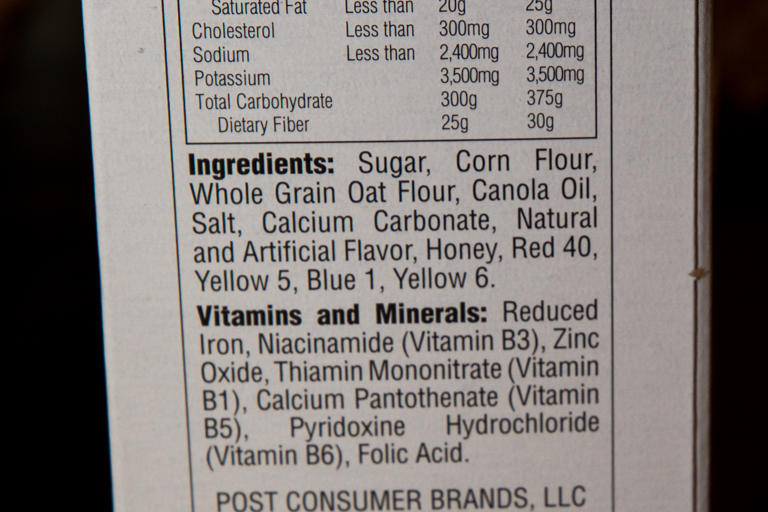 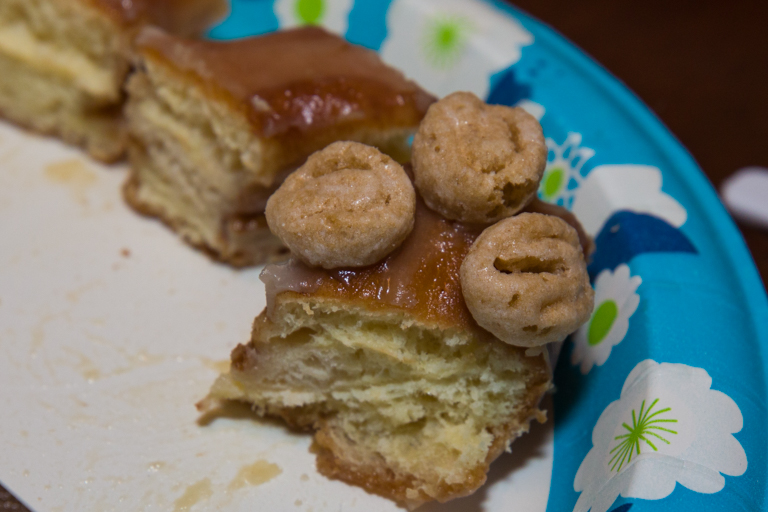 Next was the donettes cereal. 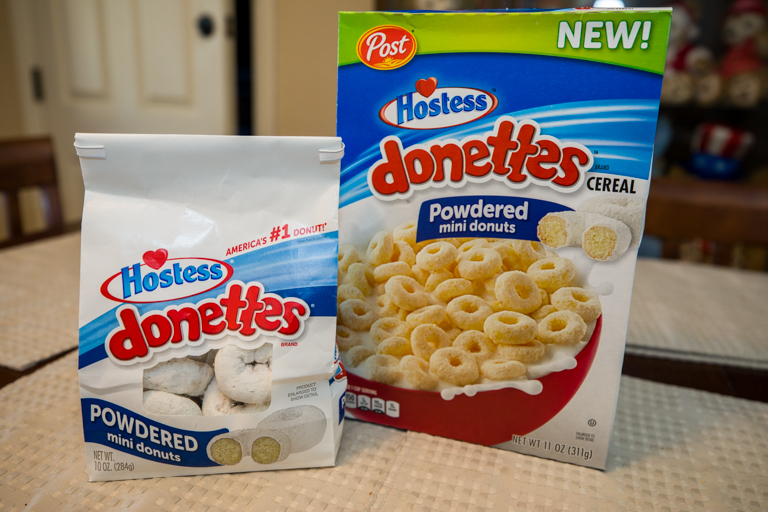 The back of the box. They took everything we love about the fresh-baked cakey goodness with a superfine coating of powered sugar, and put it into a cereal. 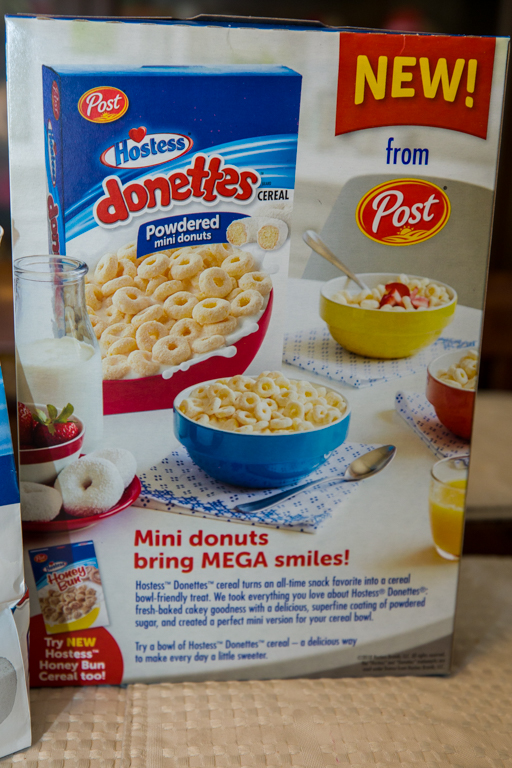 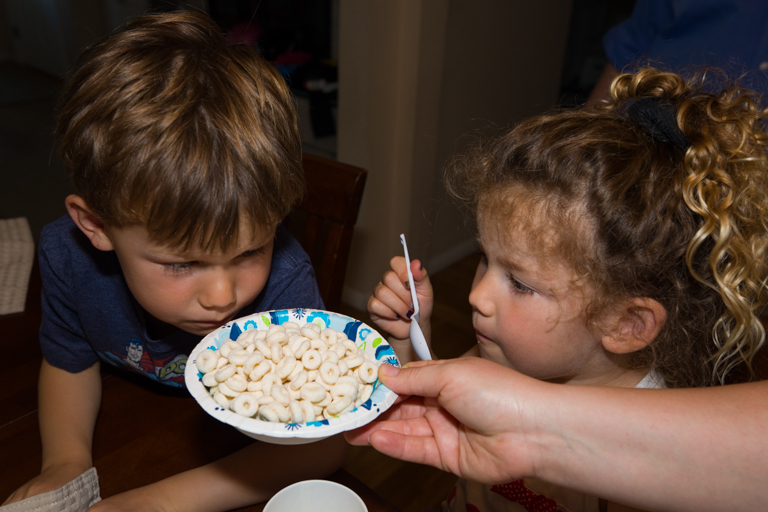 After the taste test, no one was impressed. With milk, without milk. Don't eat these. They're not very good. The cereal is coated with a powered sugar type coating, so you do kinda get the same feel, but it's not tasty. 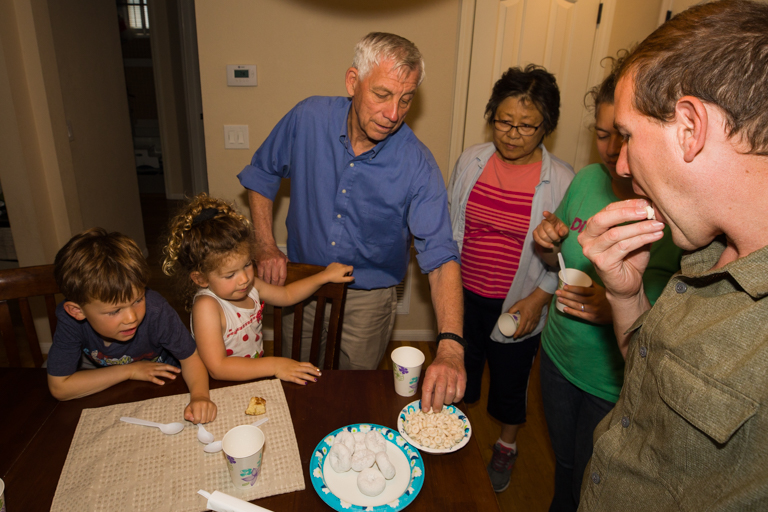 And here's another first I've seen. Now the first 2 ingredients are sugar. Both Dextrose and Sugar! 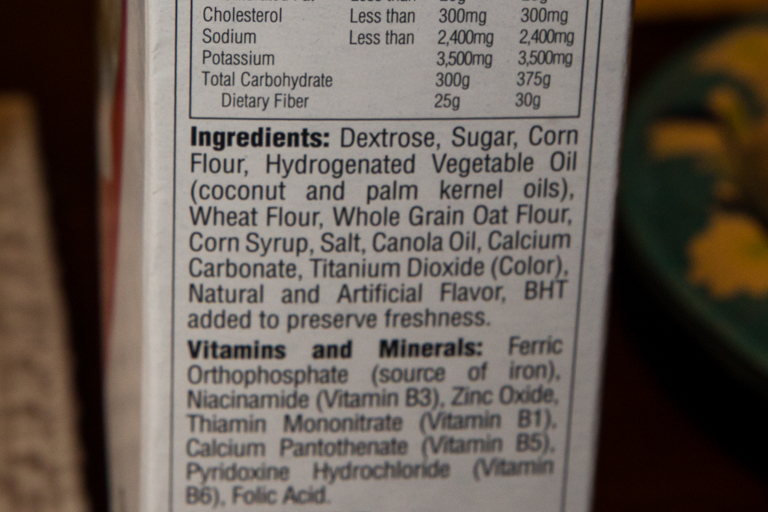 So even though we had high hopes, I think both of these cereals were a bit of a bust.
Everyone agreed that it's so much better to just eat the real thing. 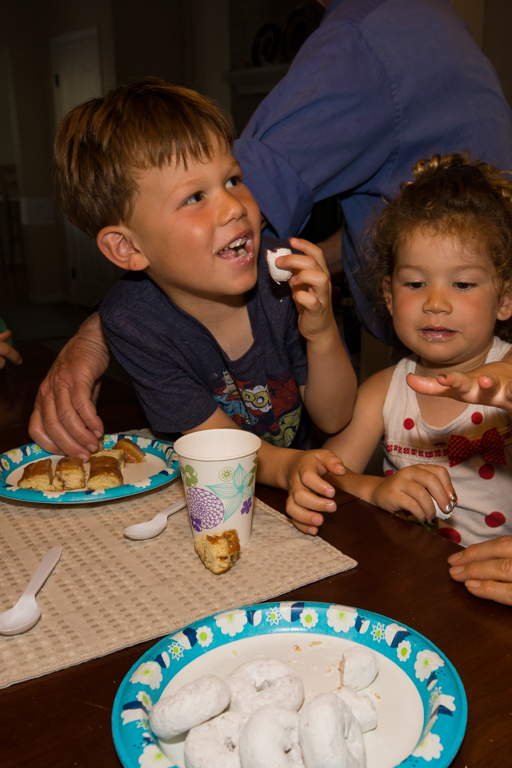 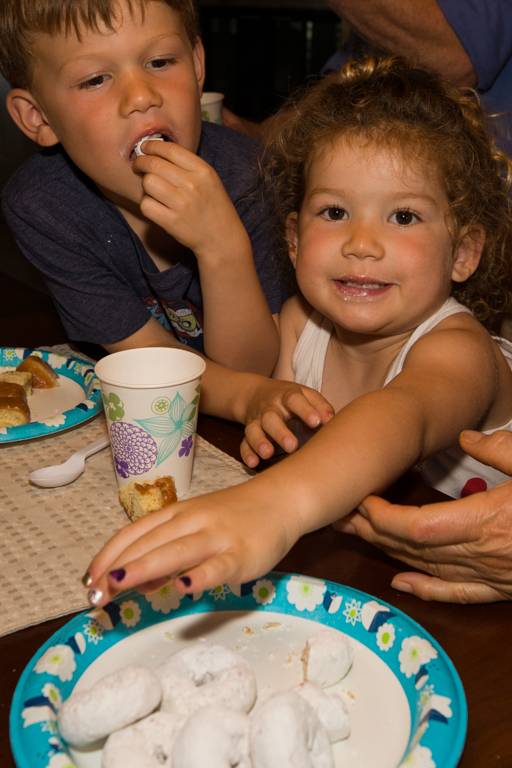 So many more taste tests are in the pipeline, including lots more cereals. Stay tuned for more!
Posted by Joe at 10:00 AM