We're in Washington visiting my brother and his whole family! Not only that but all the rest of my family is here too! One of the things my brother has been taunting us with before the visit were his smoked meats from his wood smoker grill! Let's put that on a pizza! 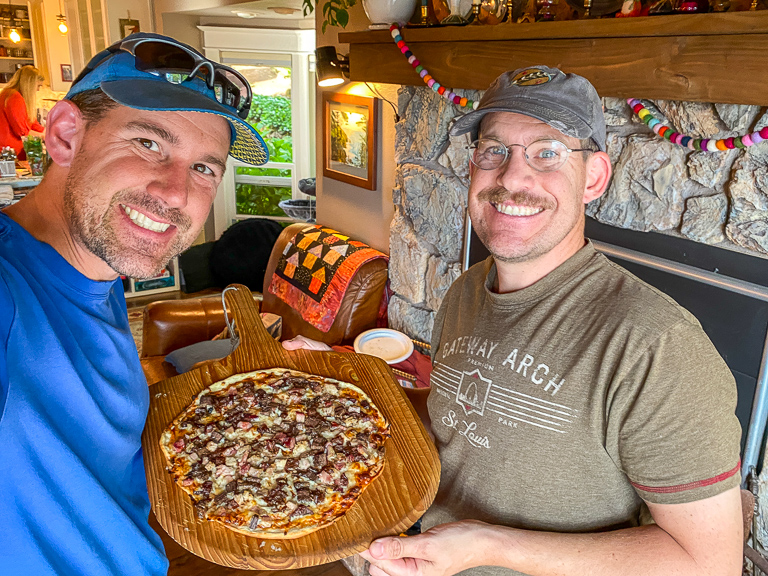 The day before, Jon had prepped 1 beef brisket and 2 pork butts. 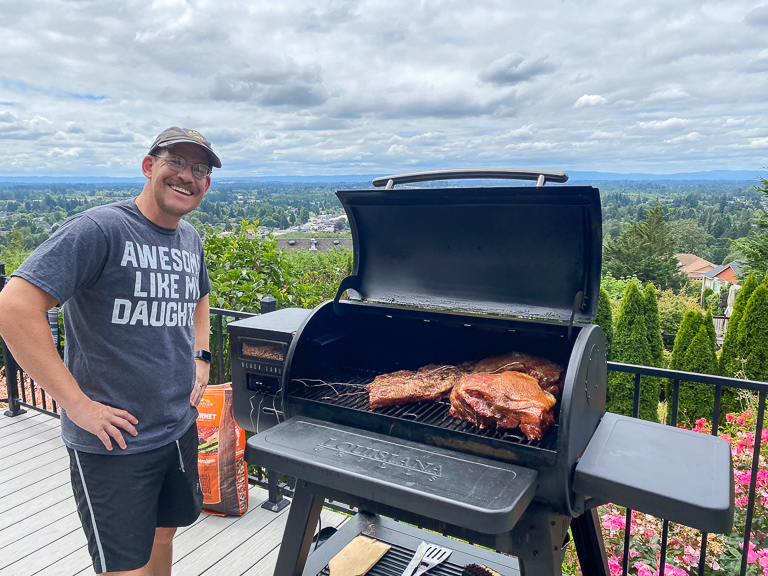 They were smoking all morning and the smells coming from the deck and wafting into the house were amazing. 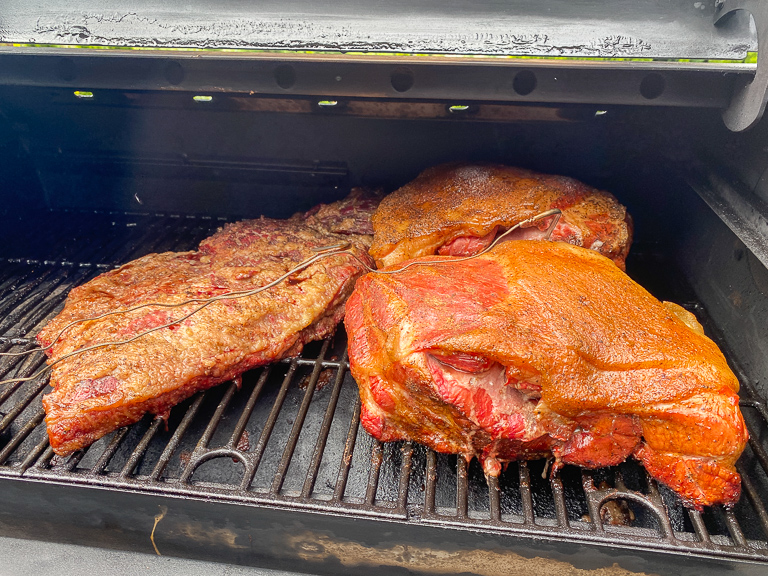 All completed and ready to slice. He might have brought me a small bowl of morsels to enjoy while we impatiently waited for them to rest. 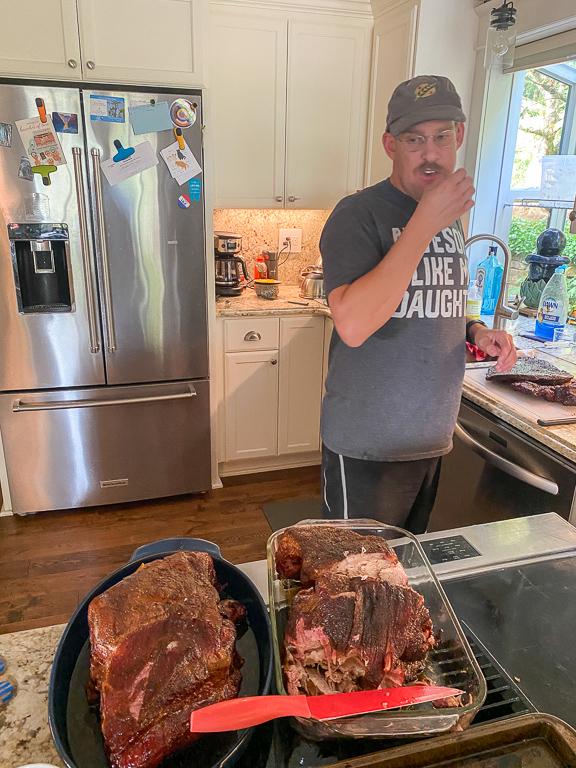 Look at that pink smoke ring.
With all that meat, everyone ate their fill and there were still leftovers. That's not a bad thing. It will be just as tasty the next day. 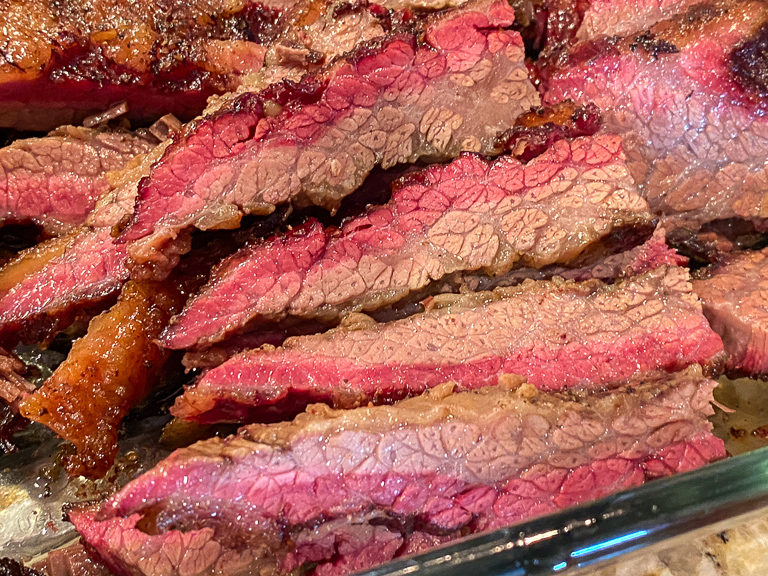 And it worked out fantastically as a featured pizza tonight. With the rich and flavorful beef brisket, to the smoky and a little chewy pork, this was a fantastic pizza to make enjoy. 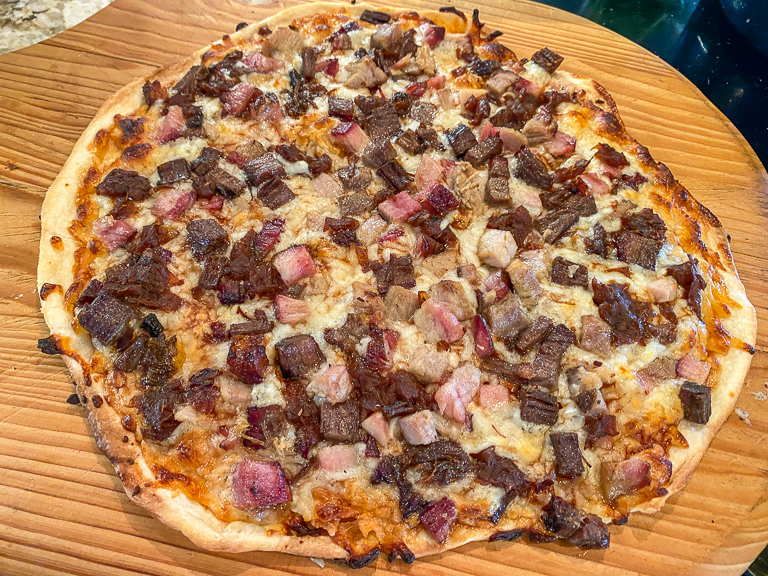 But that wasn't the only pizza. This is pizza Sunday and when we're making thin crust, everyone gets a pizza of their own. This is the most thin crust pizzas I have every rolled out at once. I think it was 16 total pizzas I made. The timing of getting them in the oven, out to their owner, and getting the next one in was crazy. Everyone had to eat in waves.
Theresa and Megan took care of making pizzas and adding toppings for those who didn't want to do it themselves. While many of the kids wanted to make their own. 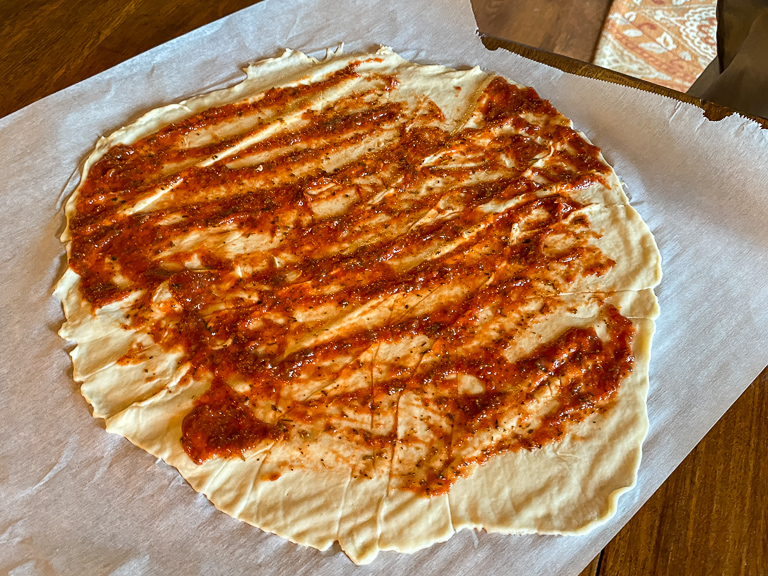 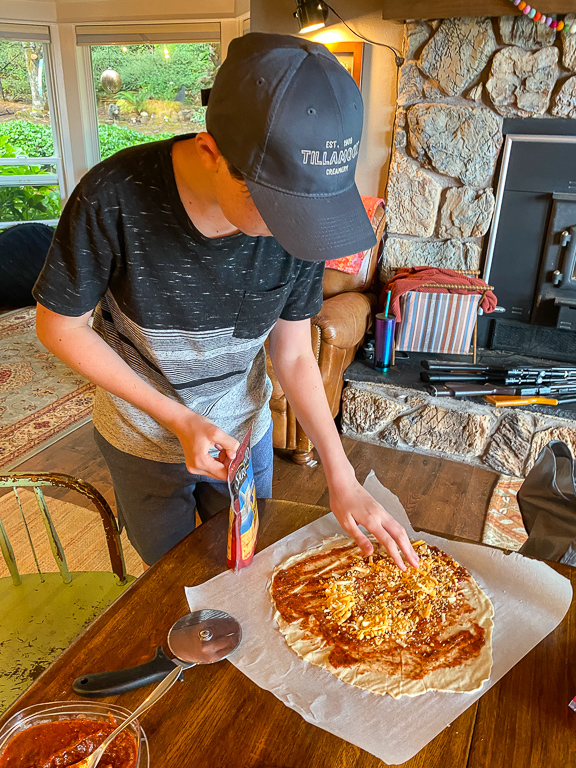 Eli and Josh went crazy! These are thin crust pizzas but they had so many toppings and so much cheese, they looked as tall as a regular pizza. 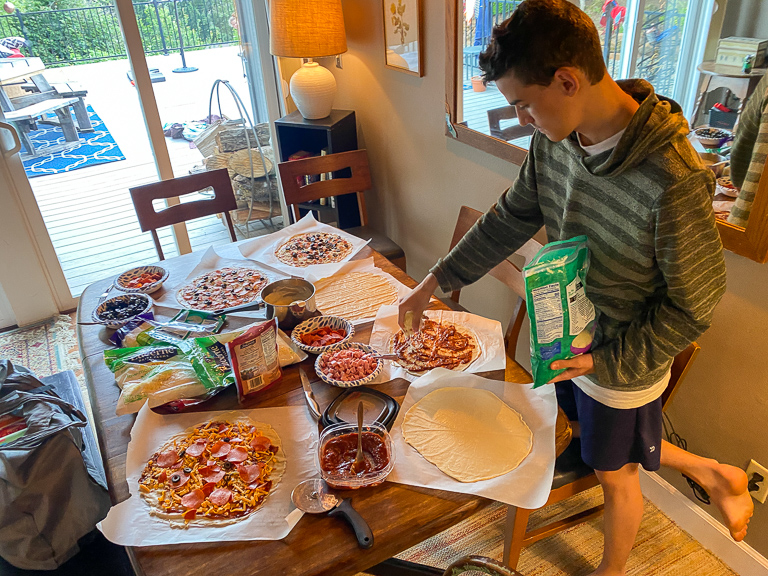 There was a half inch layer of cheese on them! They both took extra time to cook in the oven. 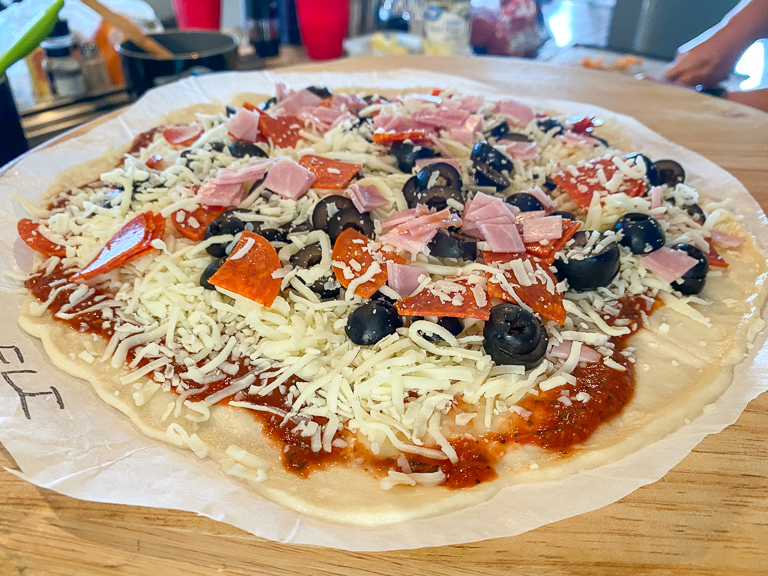 What a fancy looking Therizza pizza! 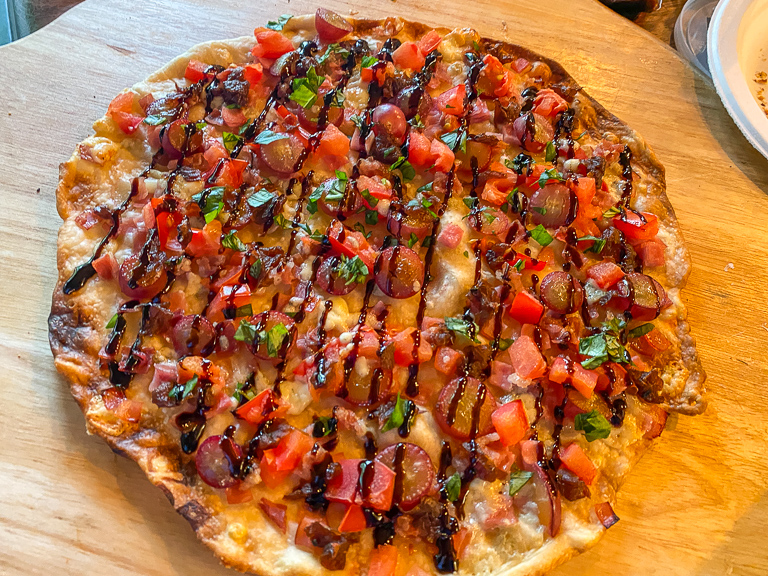 Pizza day is a lot of work, but it's always a favorite! 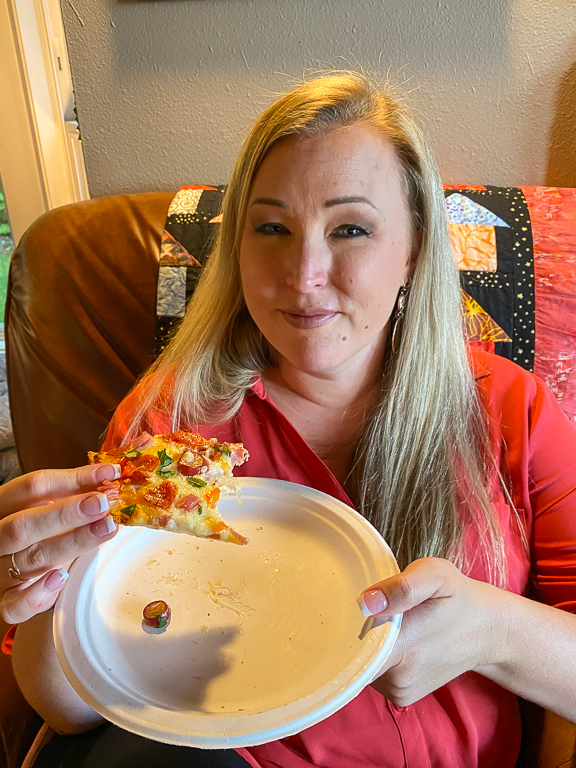