I know everyone likes Taco Bell, but what about Taco Bell Cheddar Crisps? Megan bought these for me a long time ago, and now that we're in Colorado, we get a chance to taste them together! 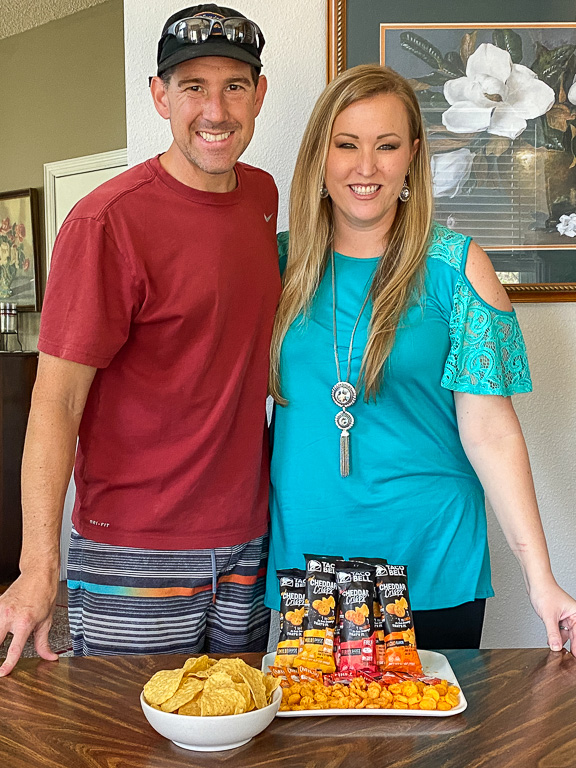 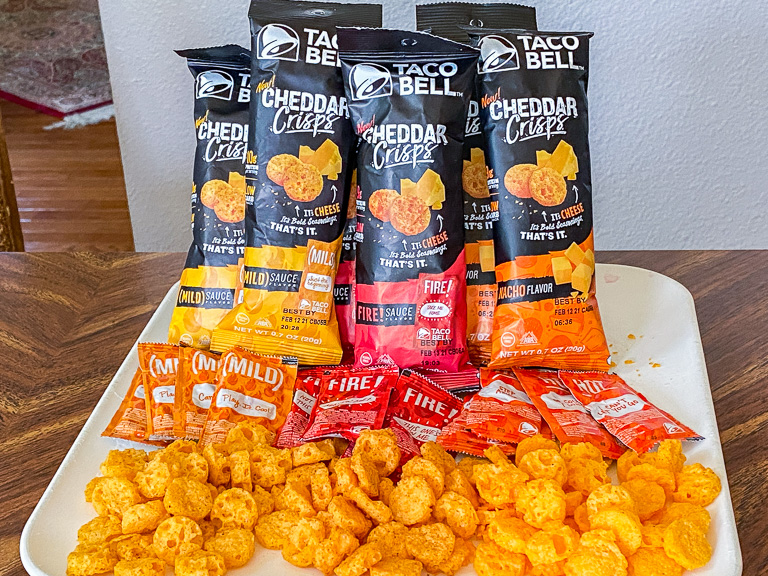 I always like to taste them with something, so we'll be trying them against the Mild Sauce, Fire Sauce, and since they don't make a Nacho flavored sauce, I'll just pick the Hot Sauce. 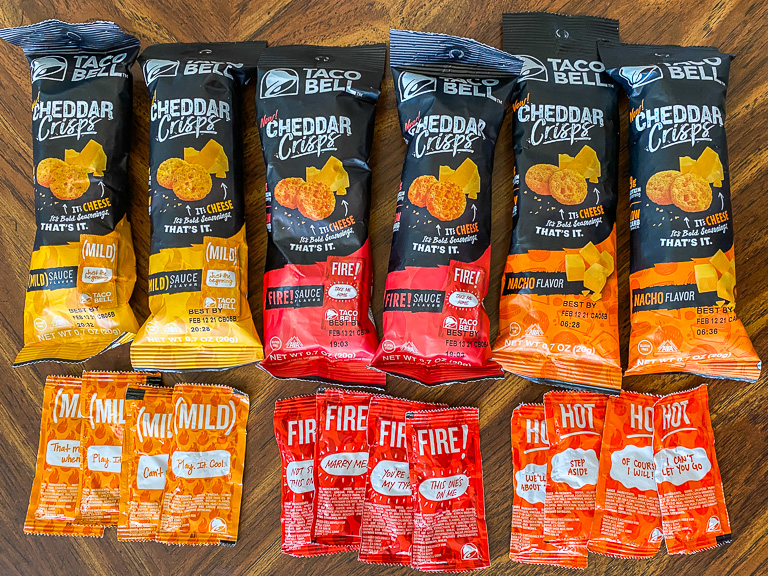 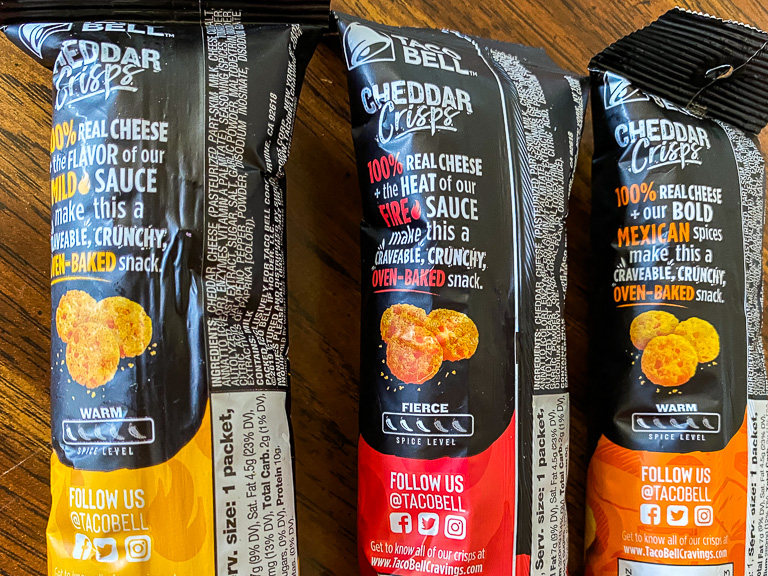 So these are oven-baked huh? When we made Parmesan Crisps at home we found that the microwave was the best option.
You can see these are orange, cheddar cheese crisps. Looks like they've been dusted with spices too. 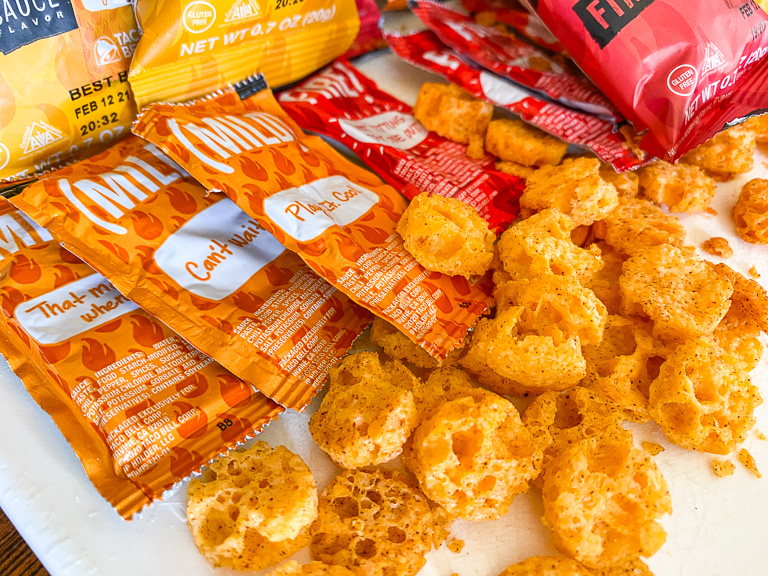 Since we aren't just going to eat the sauce by itself, I grabbed a few tortilla chips to drizzle the sauce on for comparison. 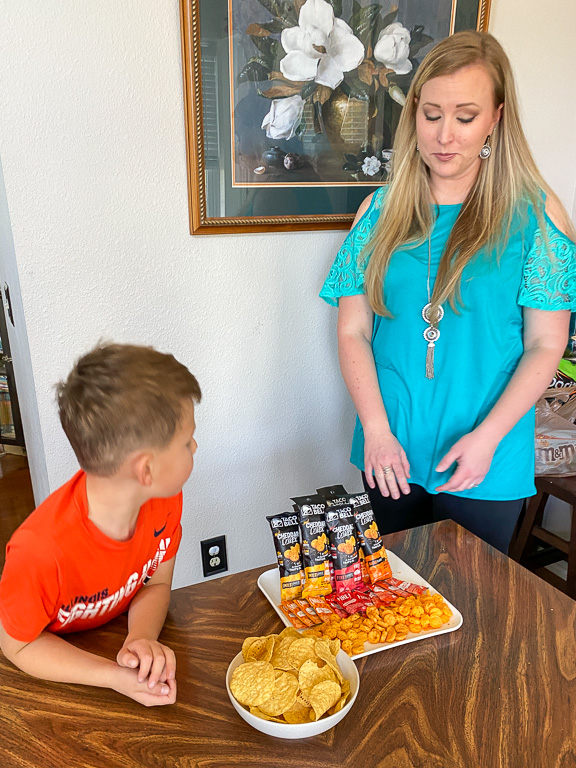 First up, the mildest of all the flavors, Mild Sauce! 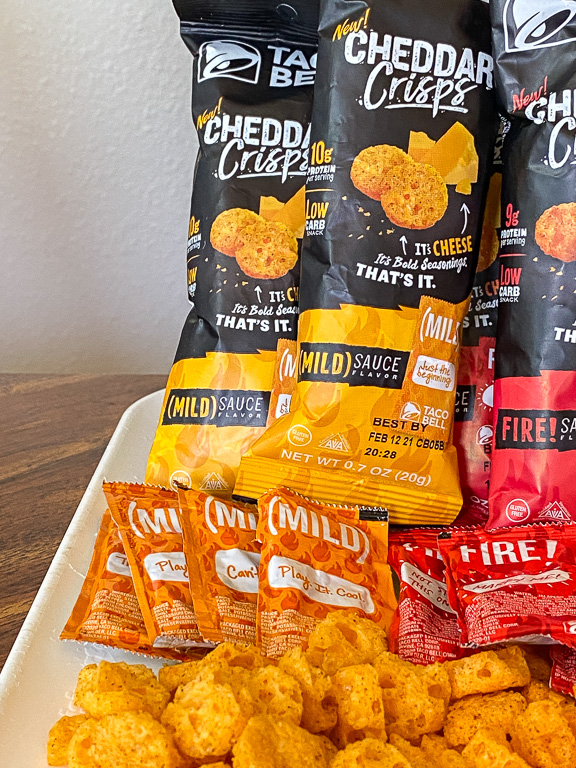 Ian doesn't mind the Mild Sauce ones.
Megan - I don't like the size of them. You have to get like 4 of them to be a good bite.
Patrick - They need to be chip size. 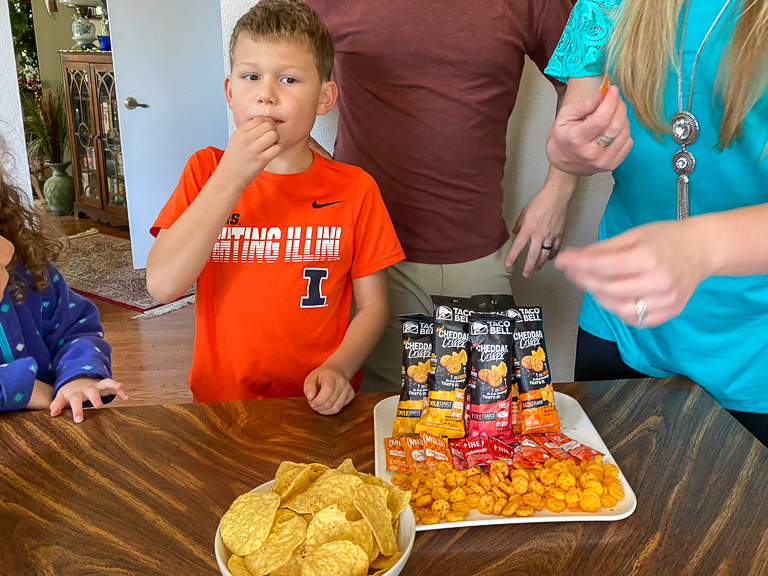 Megan doling out the sauces on the chips. 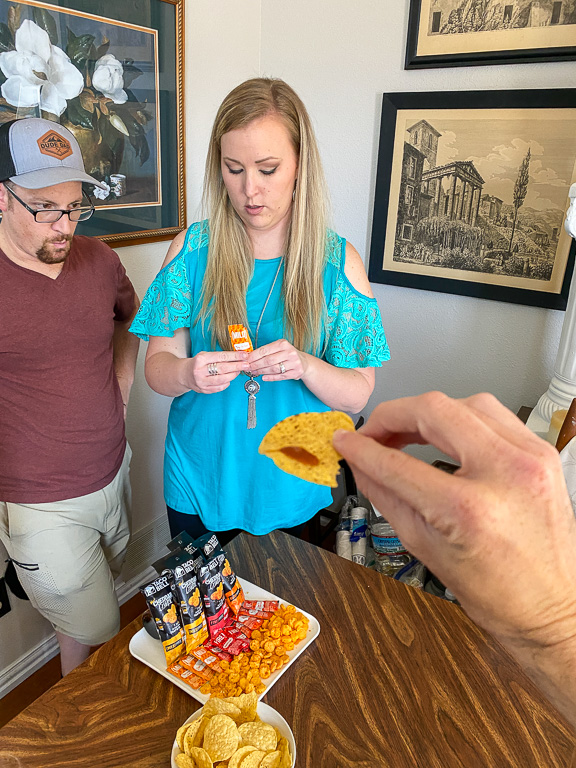 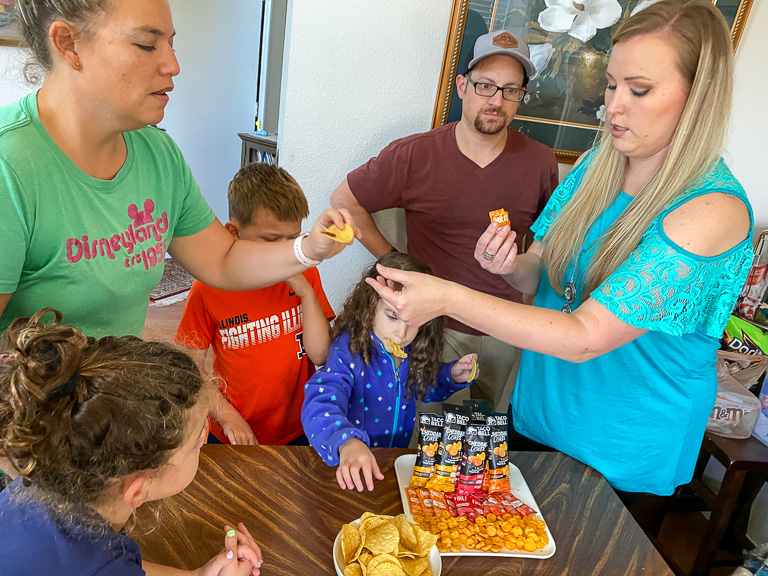 Next is Nacho. It's got a little bit more flavor than the Mild Crisp. 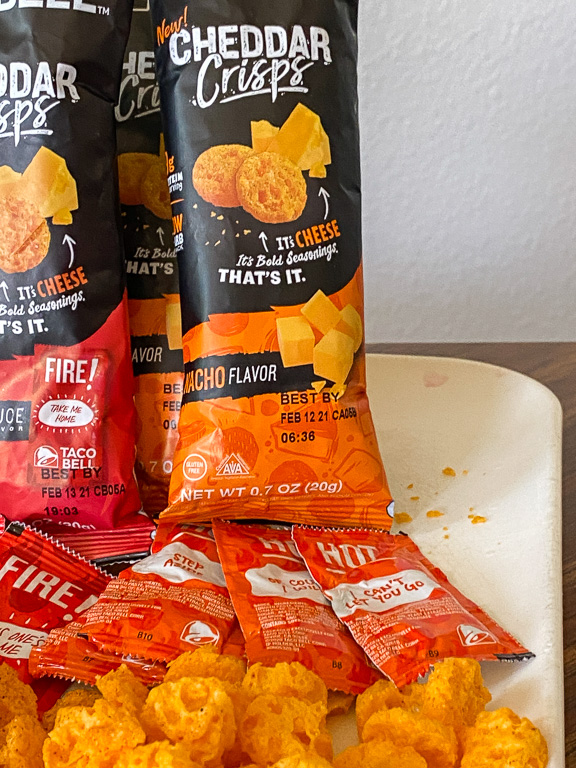 Ian was bold and tried Hot Sauce on the chip. He didn't care for it. But Alli liked it! She requested another chip with hot sauce. 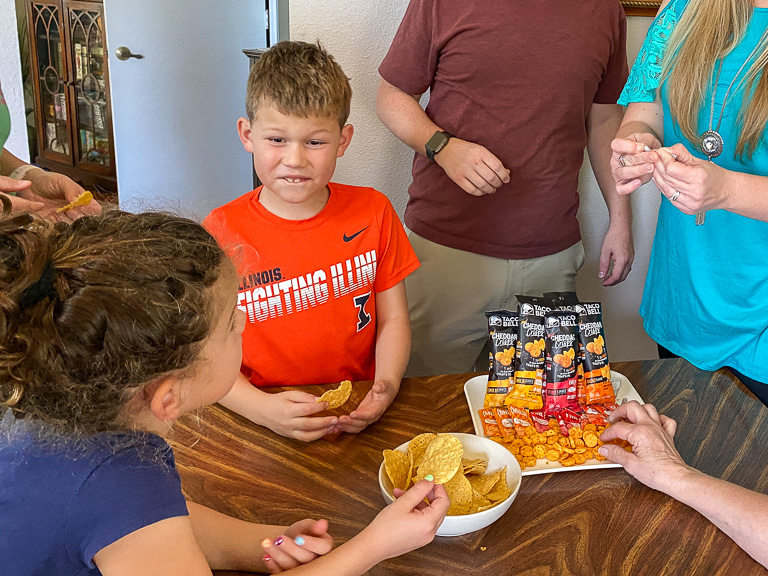 Finally we have the Fire Sauce flavored crisp. 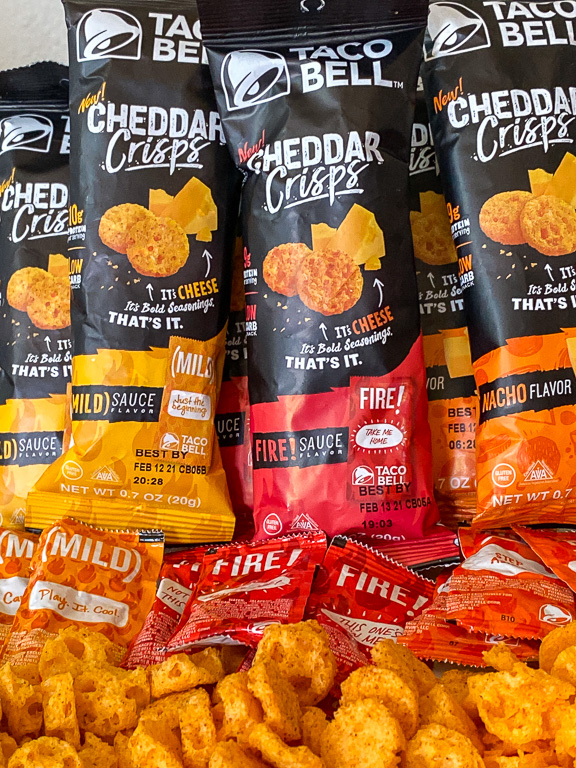 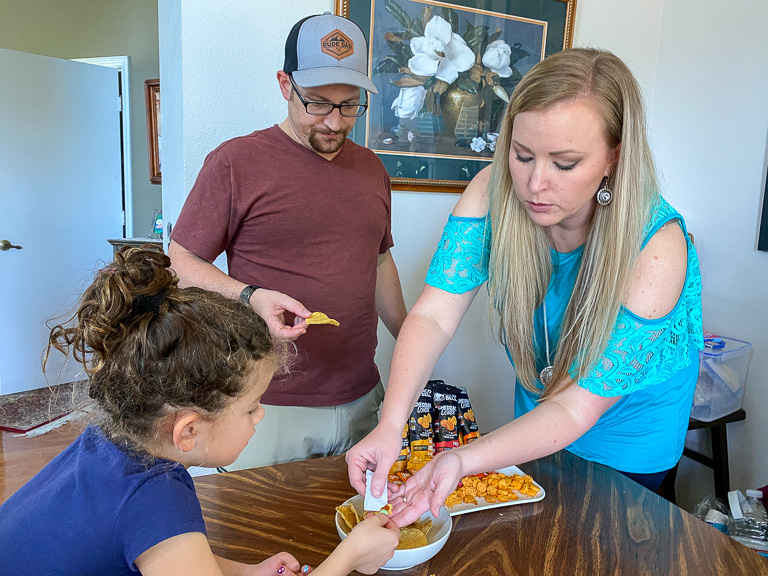 Megan - These would probably be better if you covered them in sauce.
And they were!
Thank you Megan for supplying the Taco Bell Cheddar Crisps! 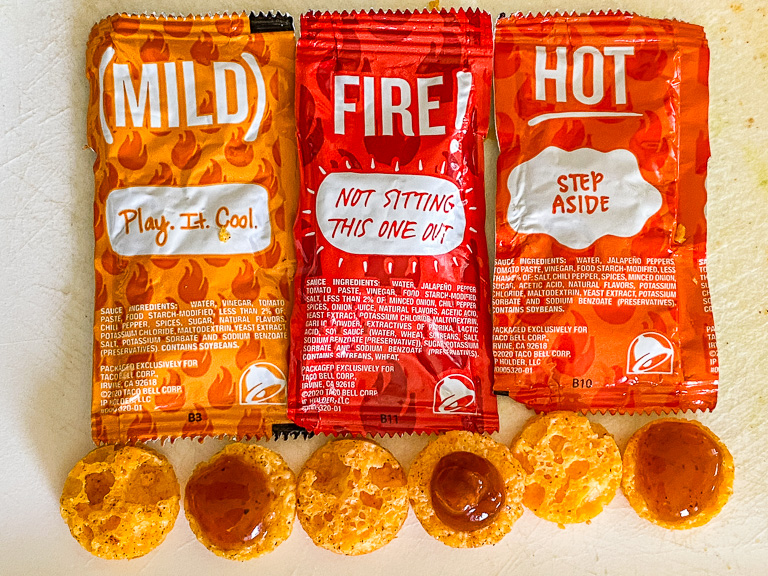