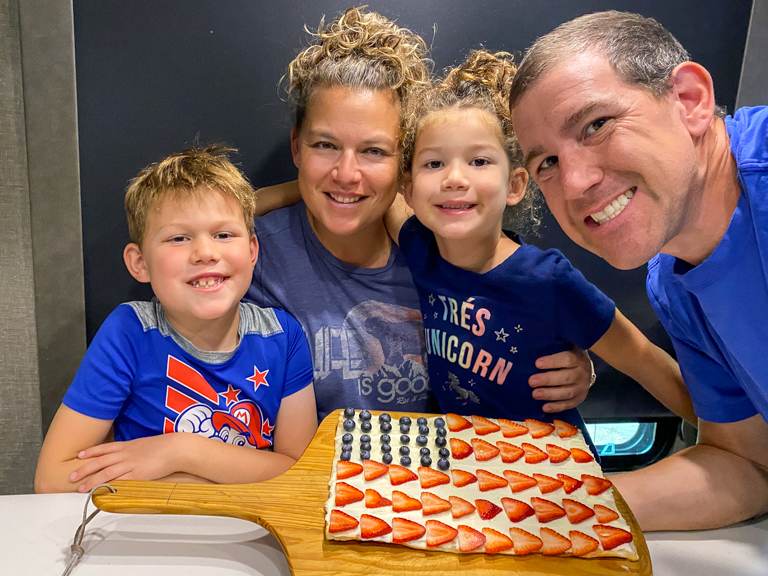 The campsite we're at has a patriotic bike parade! 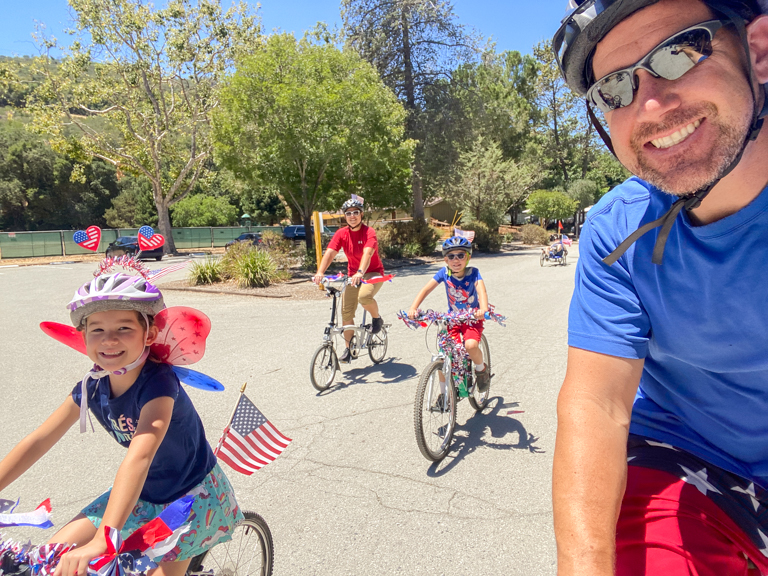 The kids were so excited to decorate their bikes. Dollar Tree is the best for finding lots of decorations for not too much money. 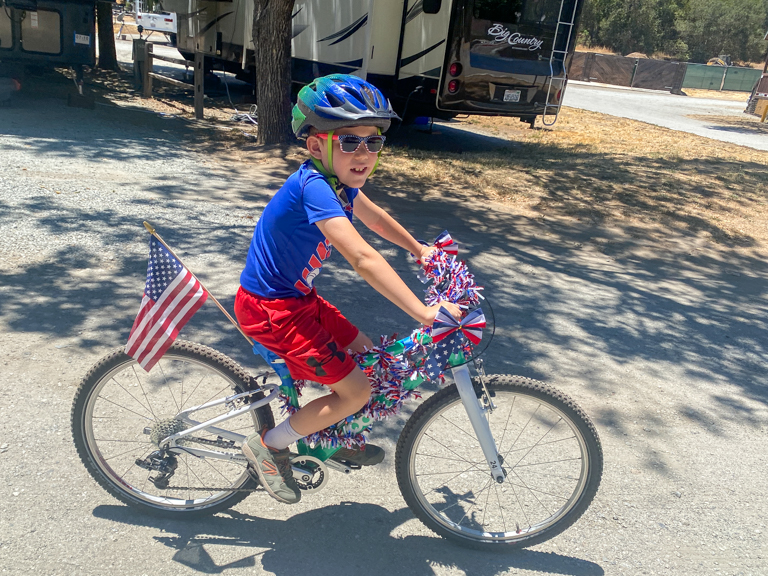 They remember when they got to do the bike parade back on our street when we lived in a house. This one was great though because we went around the whole campsite, over a mile of roads, instead of just up and down the street. We waved at everyone we saw and wished them a Happy Fourth! 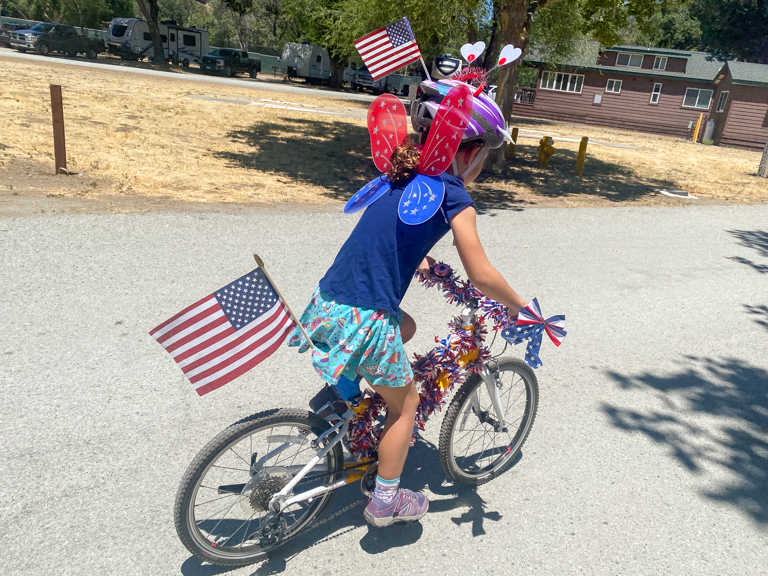 Let's make a pizza! I rolled a pizza crust as thin as I could. 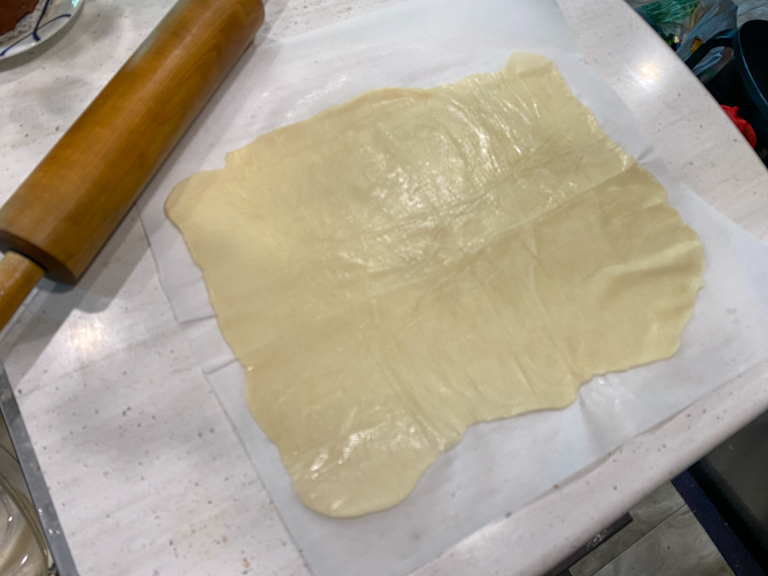 And using a pan as a template, I trimmed it with my pizza cutter. 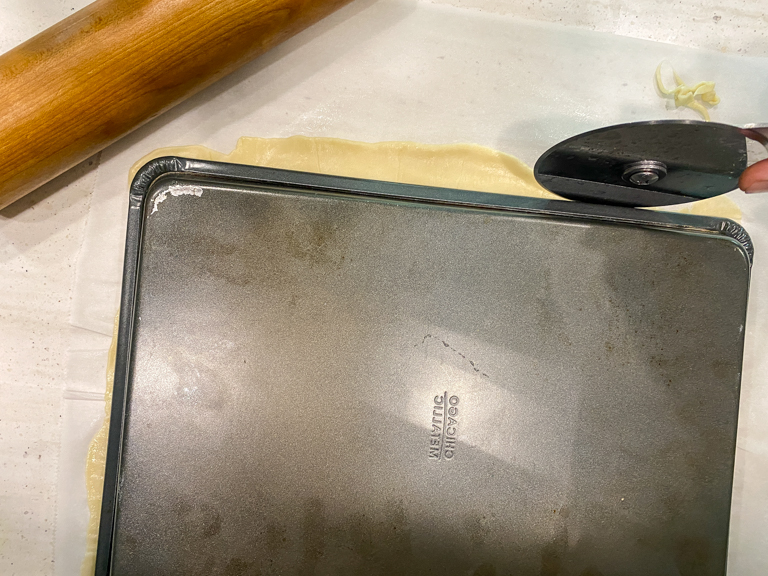 After docking it with a fork, it went into the pizza oven for about 8 minutes at 480F. 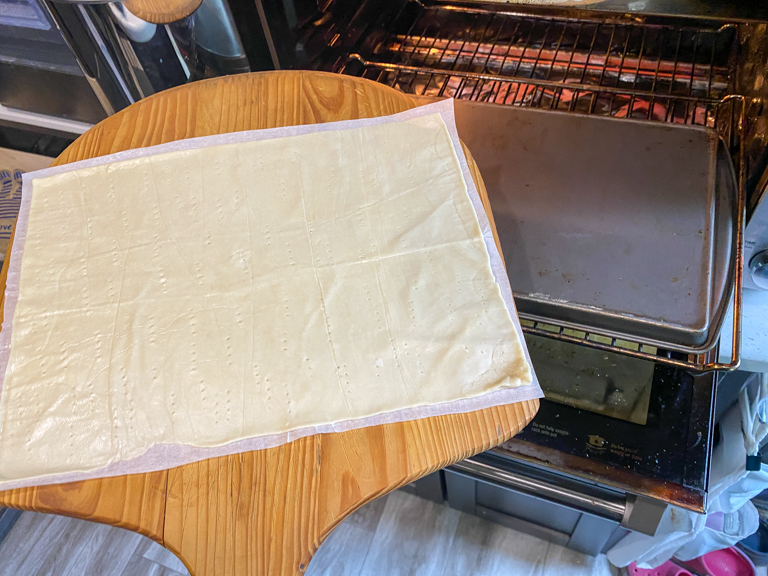 Just a few minutes. Don't want it to get too dark. 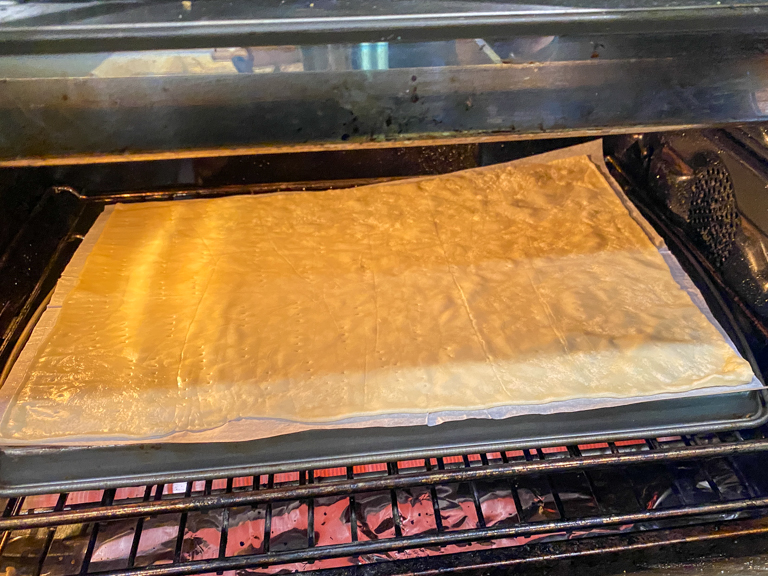 While that was baking, I whipped up a cream cheese and powdered sugar base for the pizza. 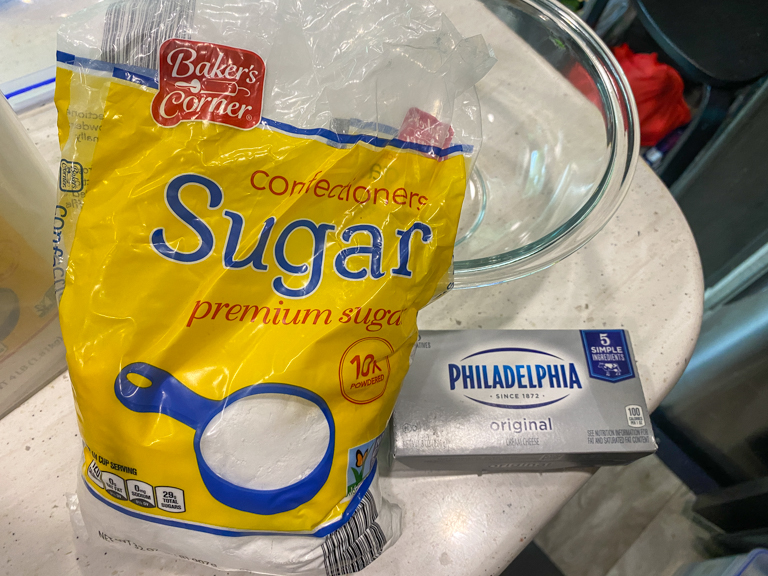 Lucky kids getting to lick the beaters. 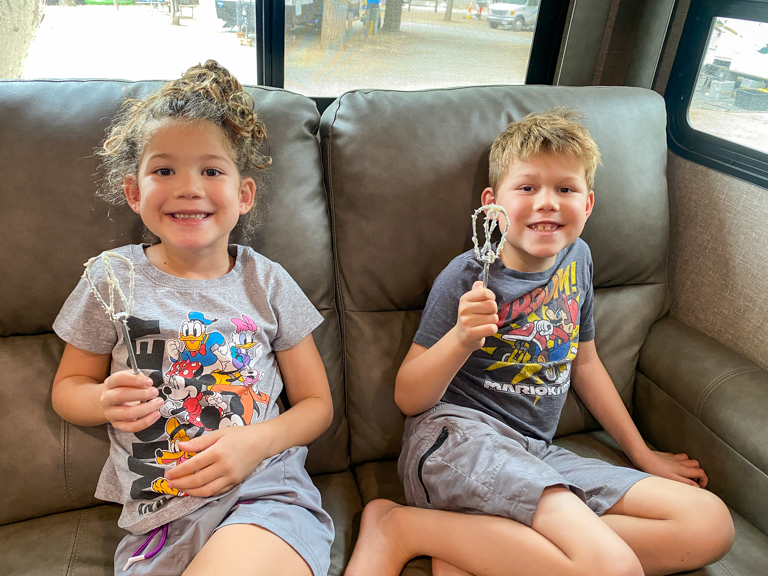 Done! It's hard to bake it evenly in such a small oven. Time to decorate it. Thanks Alli and Theresa! 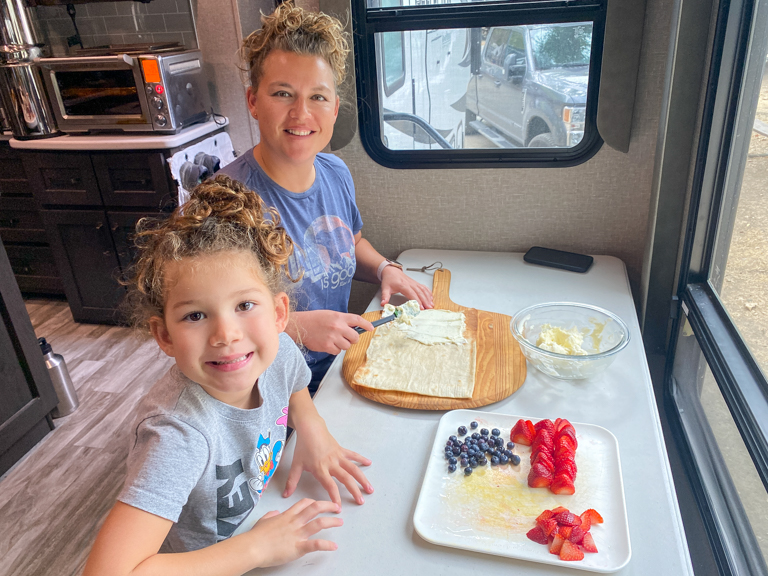 Mmm. This is going to be good. 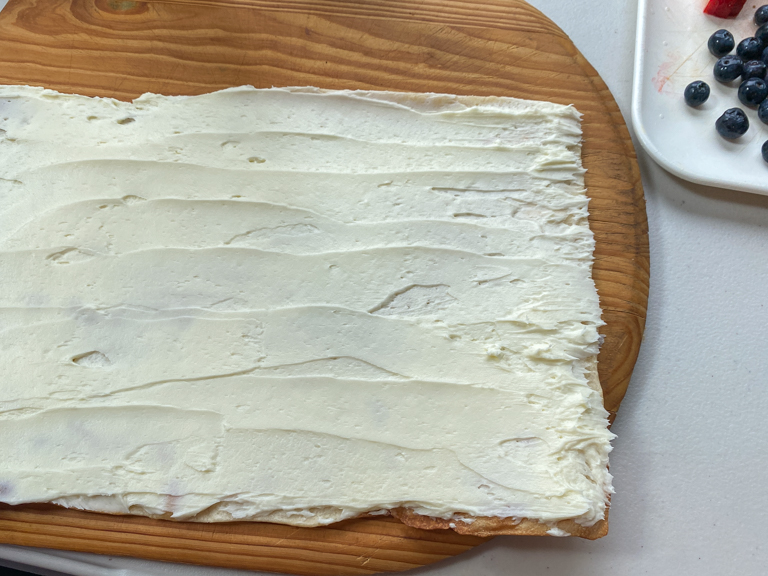 Laying out the blueberry stars and strawberry stripes. 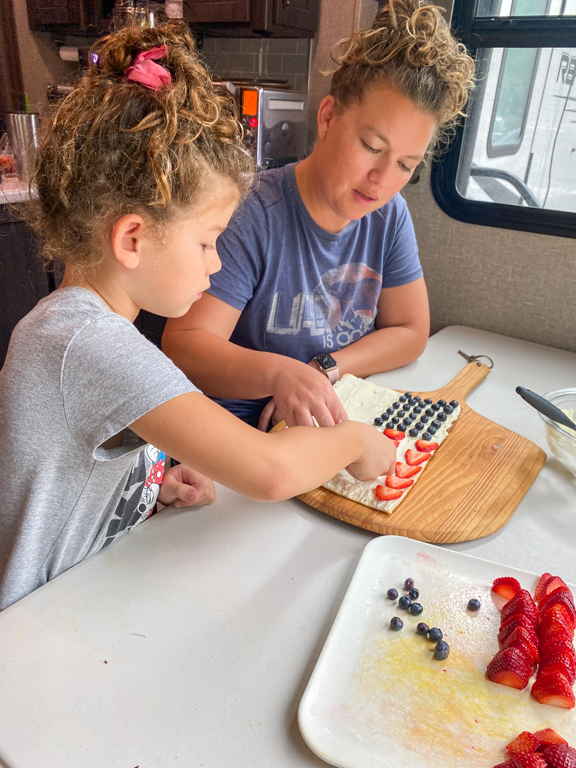 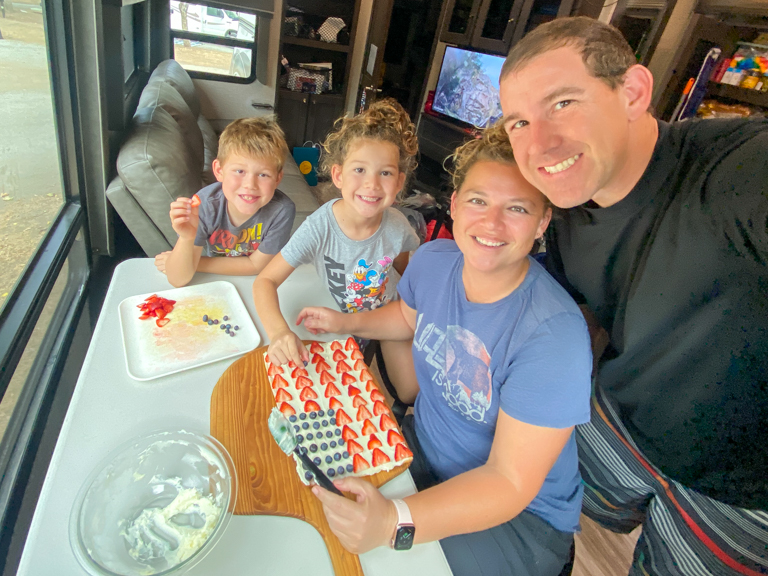 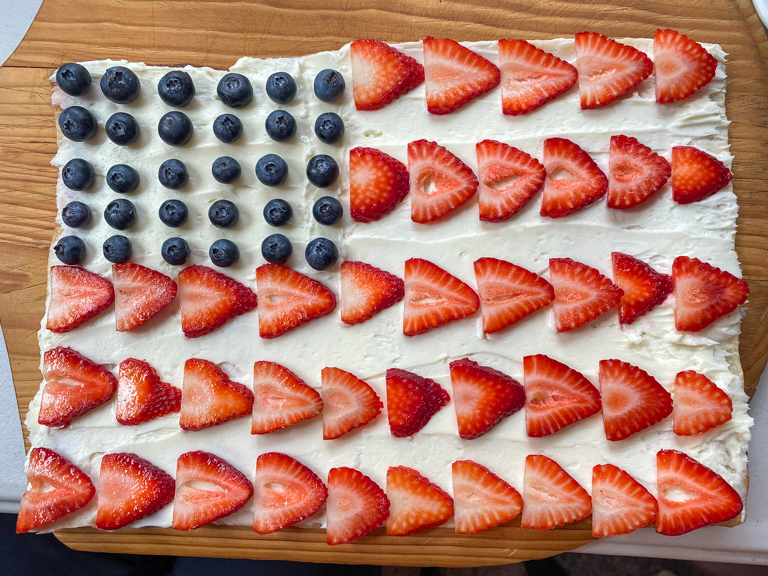 That'll be perfect for our All-American dinner. A giant cheeseburger, tater tots, and fresh corn. 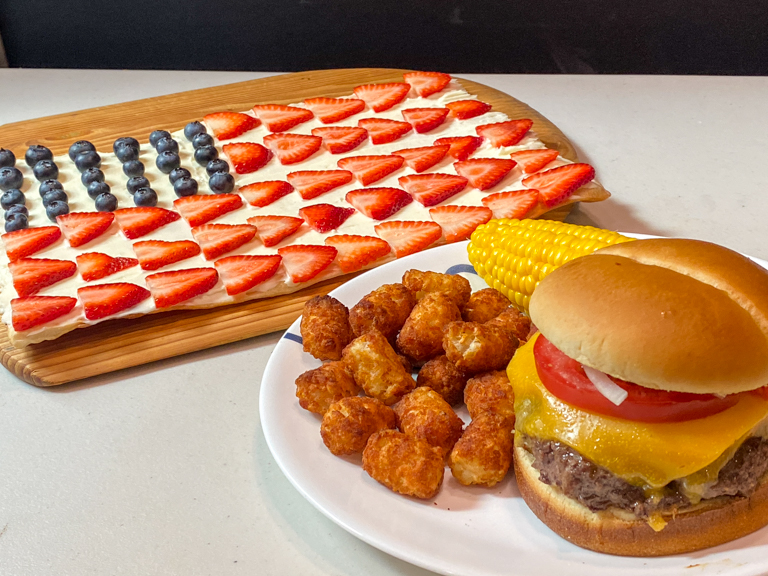 Followed by a tasty dessert. 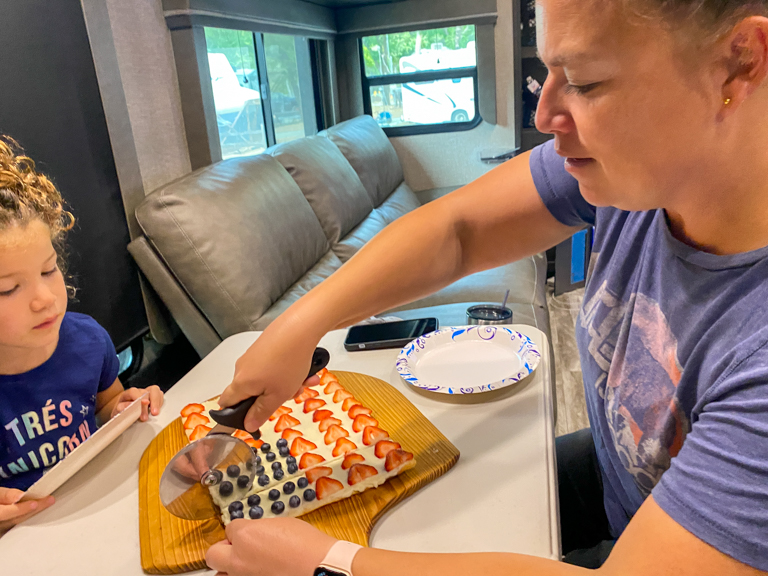 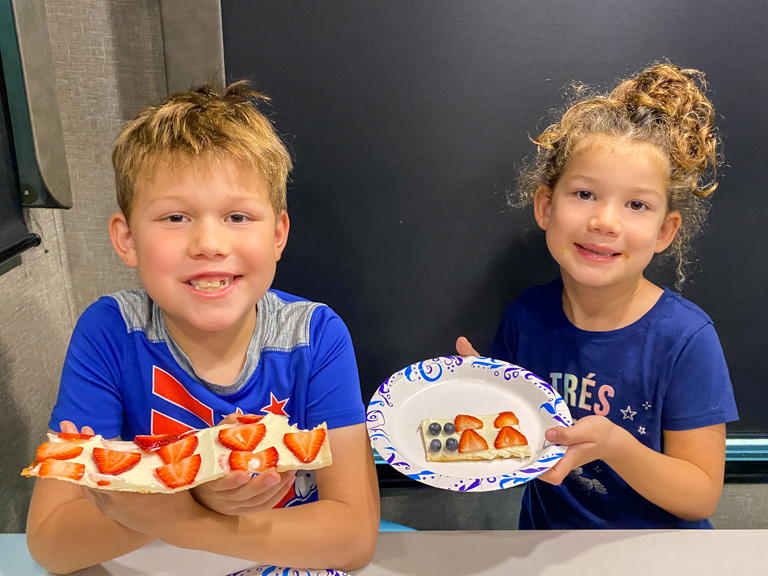 Theresa figured out a way to get strawberries and blueberries together. 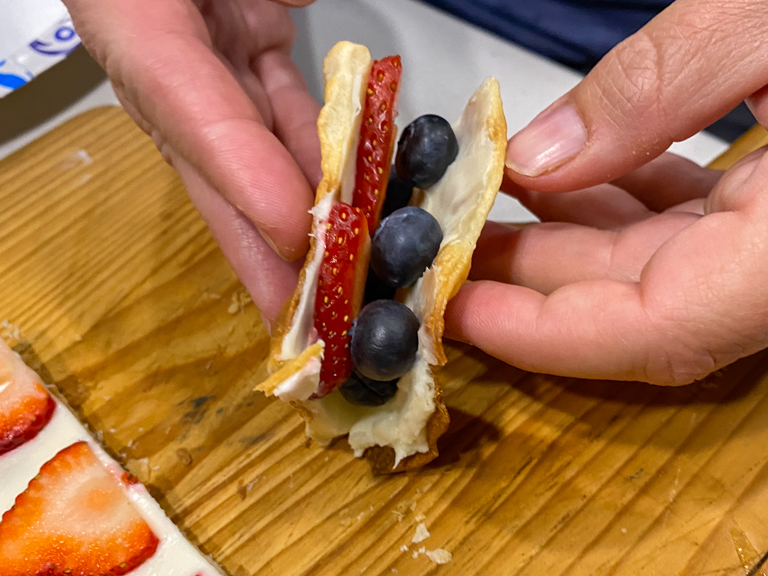 The best blueberries! They came from the Berry Lady in Fresno!
What a delicious pizza! Let's go see some fireworks! 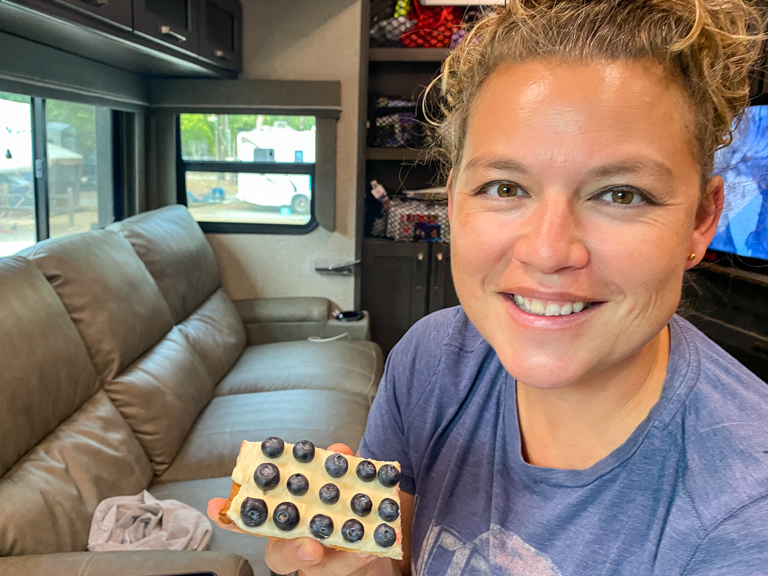 Alli and Ian wanted to make sure that our RV was decorated with lights for the holiday. Red, White, and Blue decorations lit our RV at night. 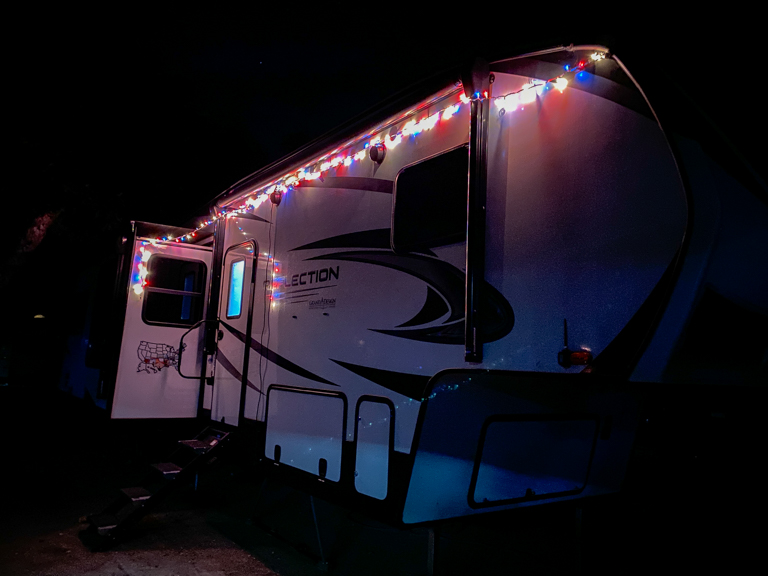 There's a firework show being put on by the city nearby. Instead of going to sit in the field where they're setting them off, and paying for parking and dealing with all the crowds, we opted to park at a local shopping center across the street and watch. While waiting we played cards. 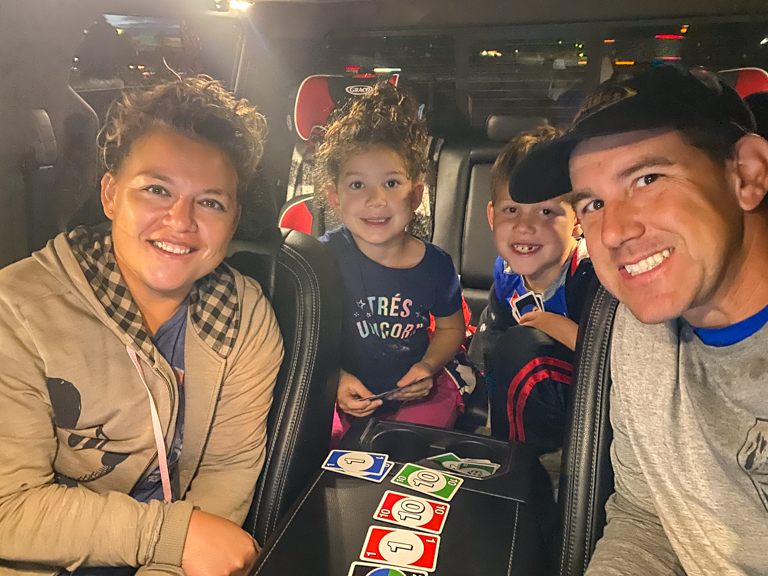 A few other people had the same idea. Once the show started, everyone shuffled around to get a better view. 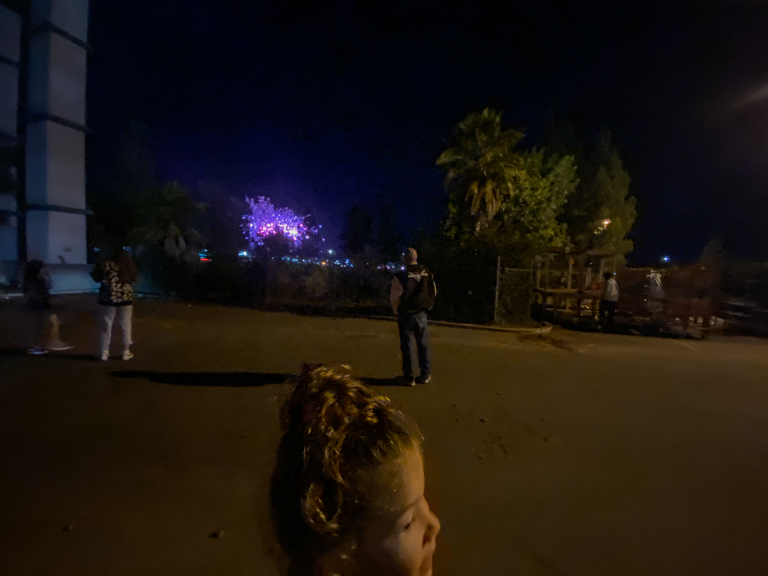 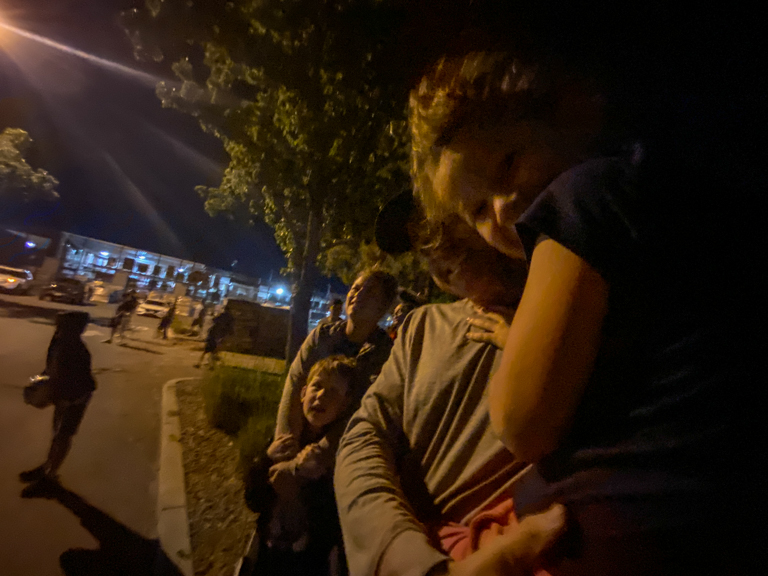