Let's wrap up this visit to Phoenix and the River Ranch water park.

At night, we are watching less TV and playing more games. Like Skip-Bo! The kids are pretty clever at it, though they aren't cut-throat. 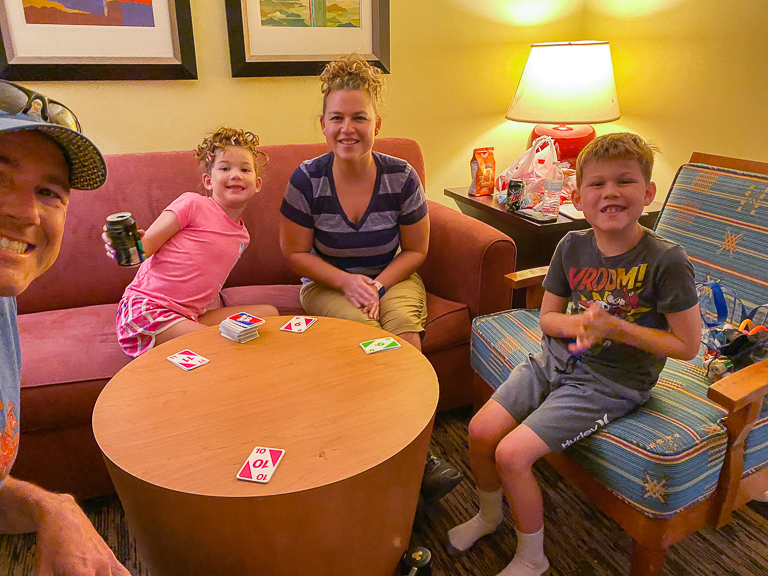 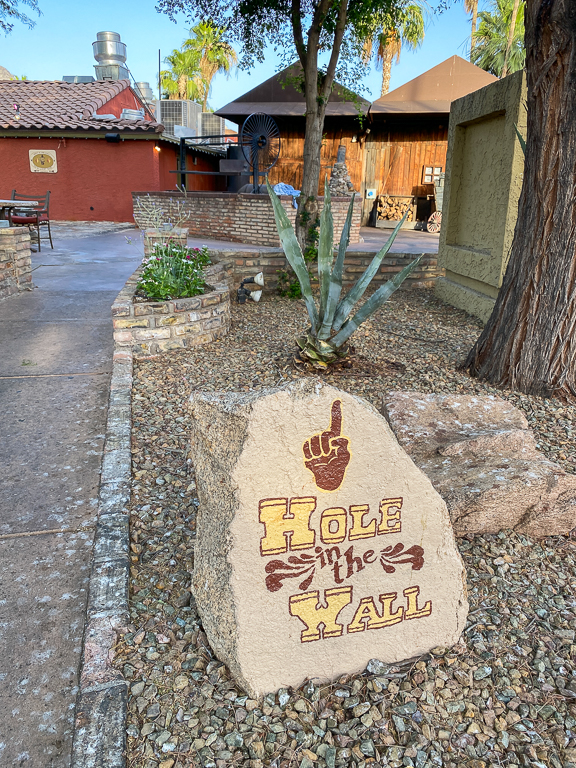 Mmm. The smoked brisket was delicious. 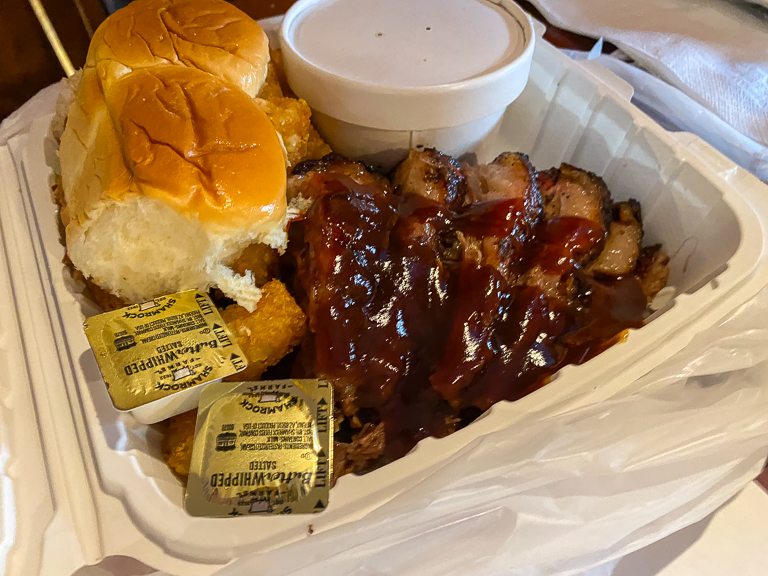 The next day was our time to leave, but we were able to get a late checkout. Just enough time to get ice cream and head back over to the pool. 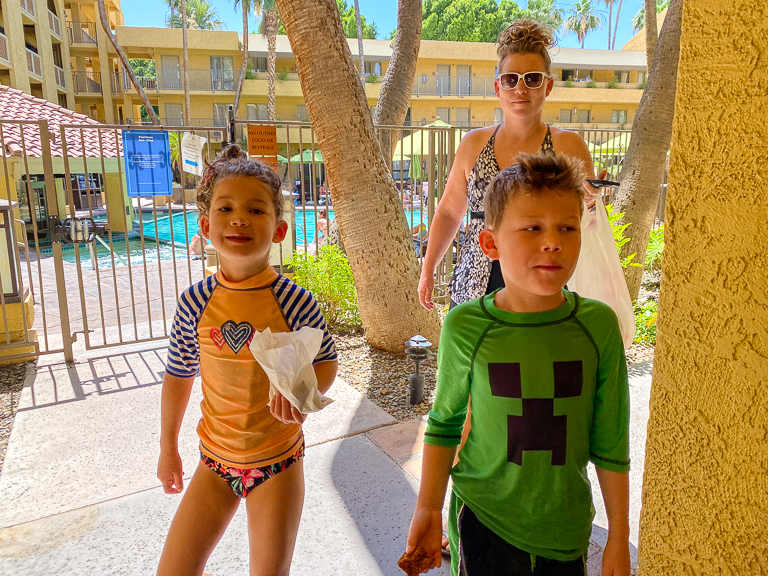 Quite a few rules to get into this place. Luckily they didn't have a problem with the ice cream we bought from the hotel store. 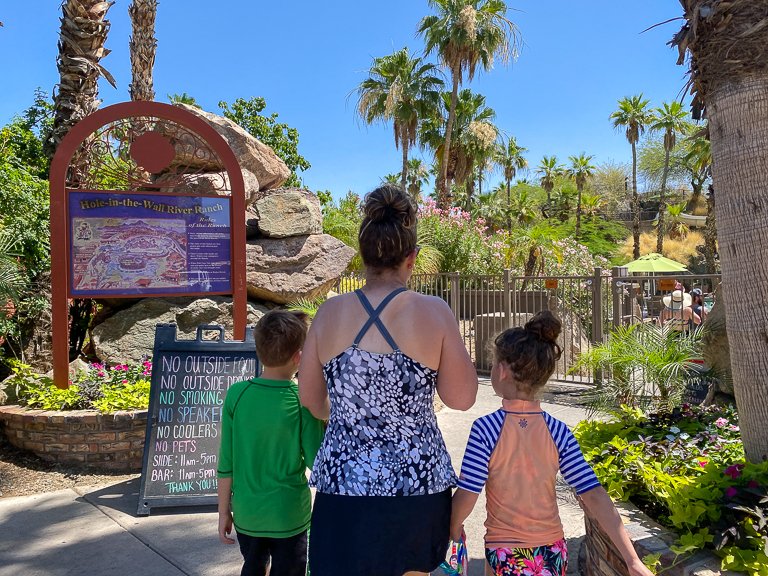 Grab a few towels. We're too late to get any good seats, so we'll just toss our towels somewhere and enjoy the water park. 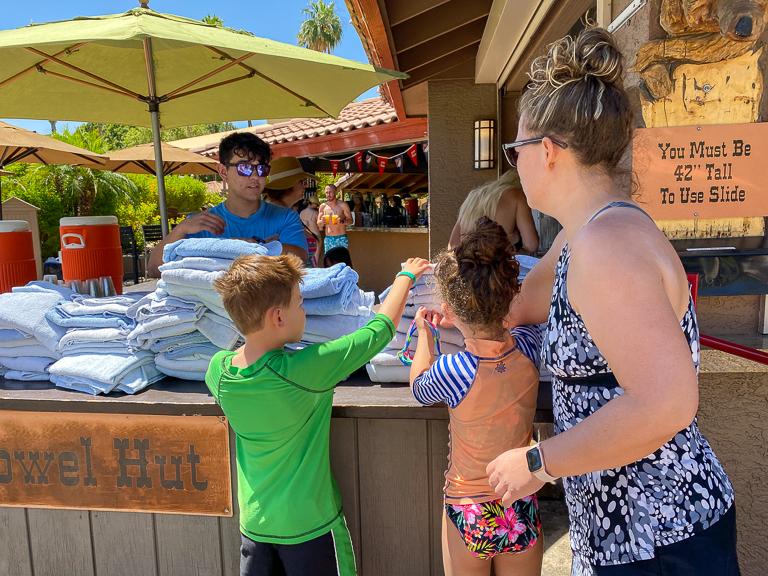 Like the lazy river! That's one of our favorite features. 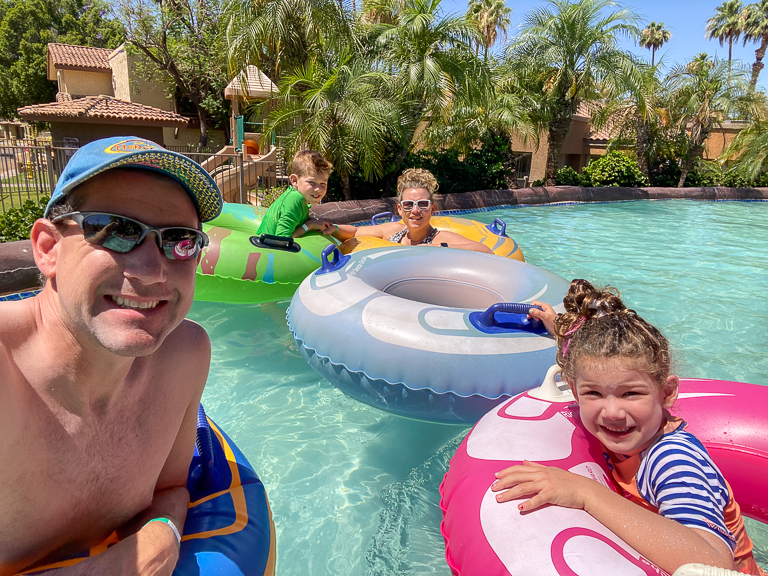 Just a lazy float down the river with our floatilla. 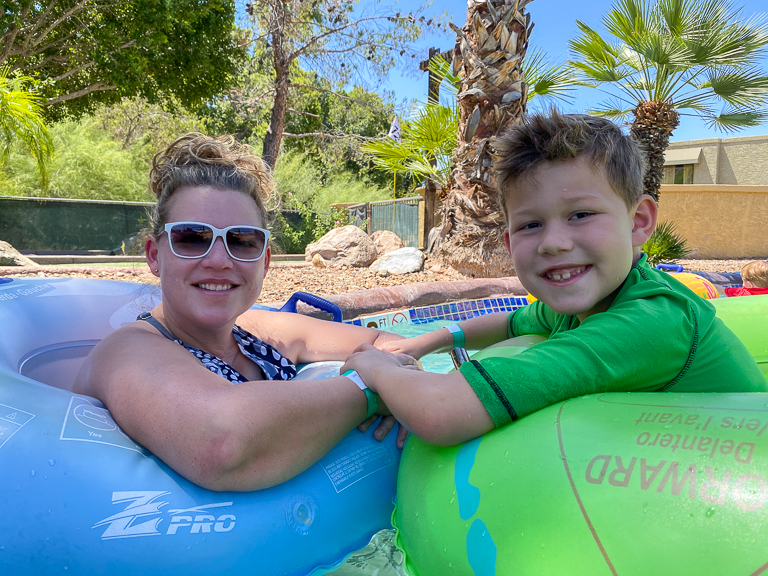 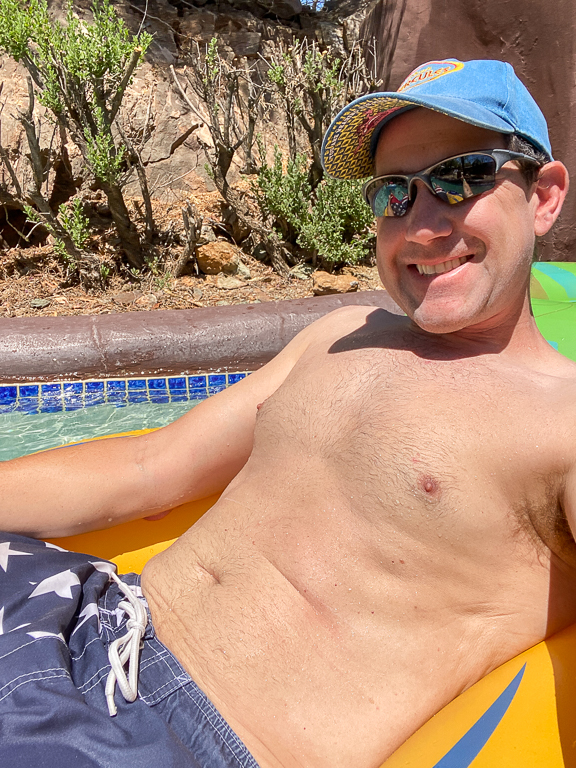 Ian keeping us all together. 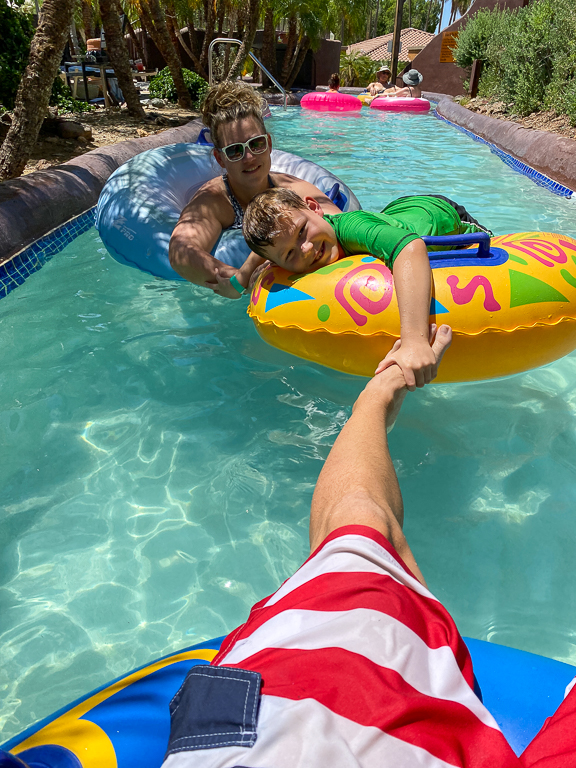 Some of the local wildlife watching us go by. 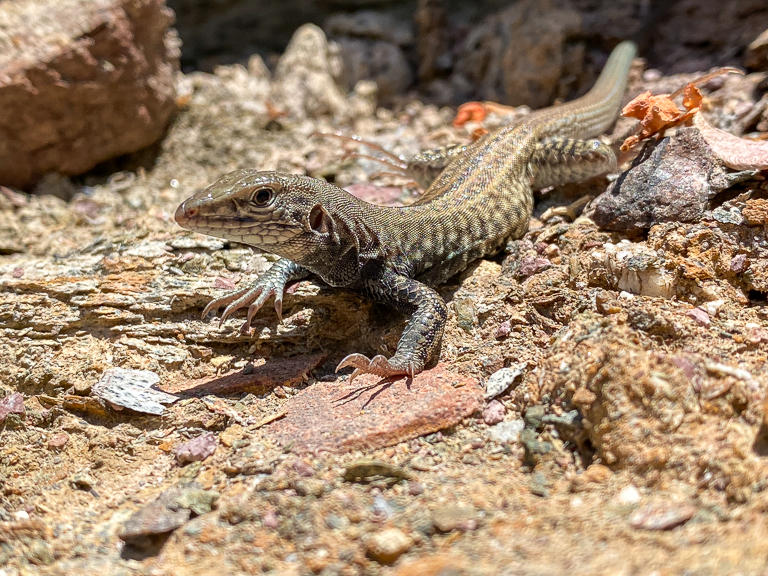 Ian wanted to go on the slides a few more times before we left. Alli would rather lay in the sunshine. 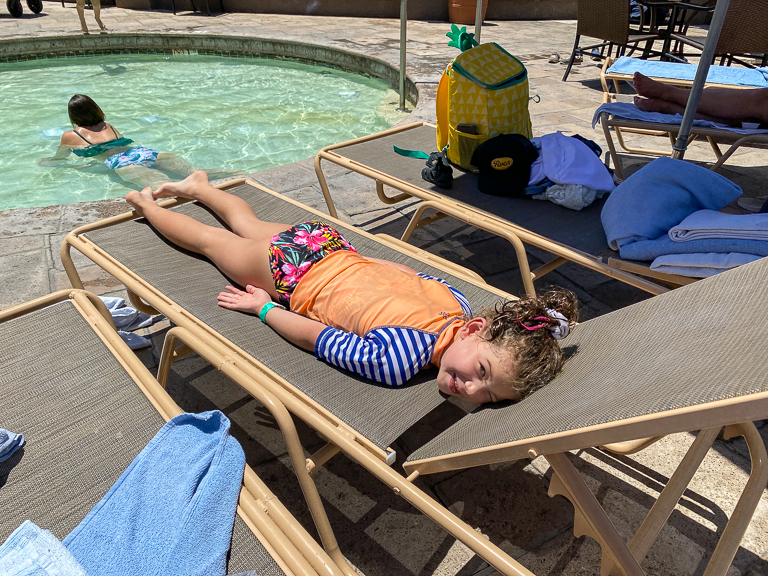 I'll go down with you buddy. 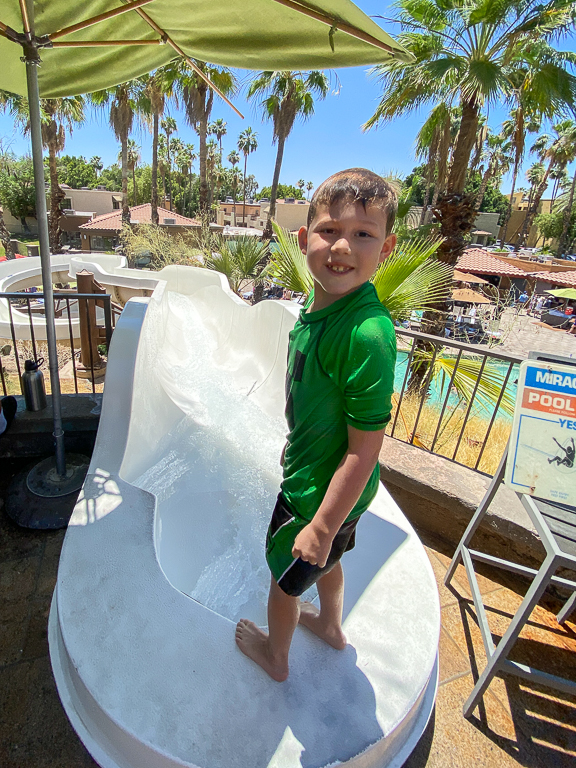 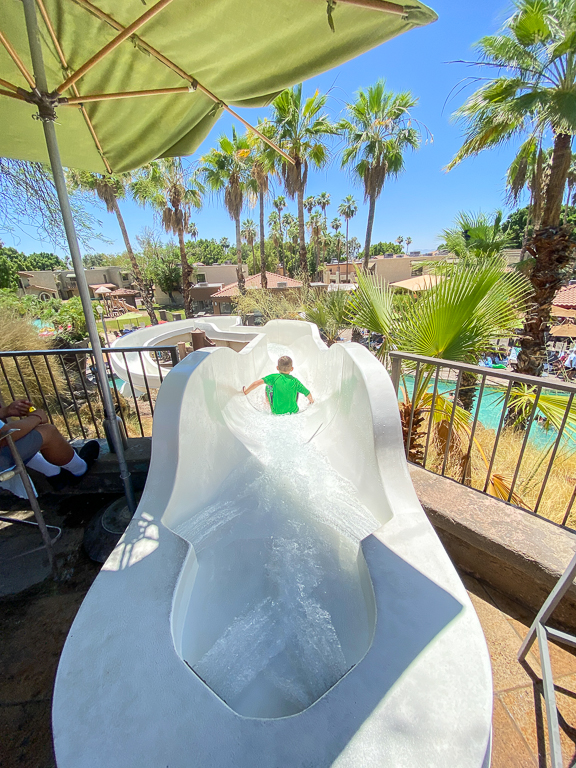 I got props from other adults who saw me taking my phone down the slide. Here's what you'll see if you go down the water slide at the River Ranch in Phoenix.
Alli requested I take a photo of her with the flowers. 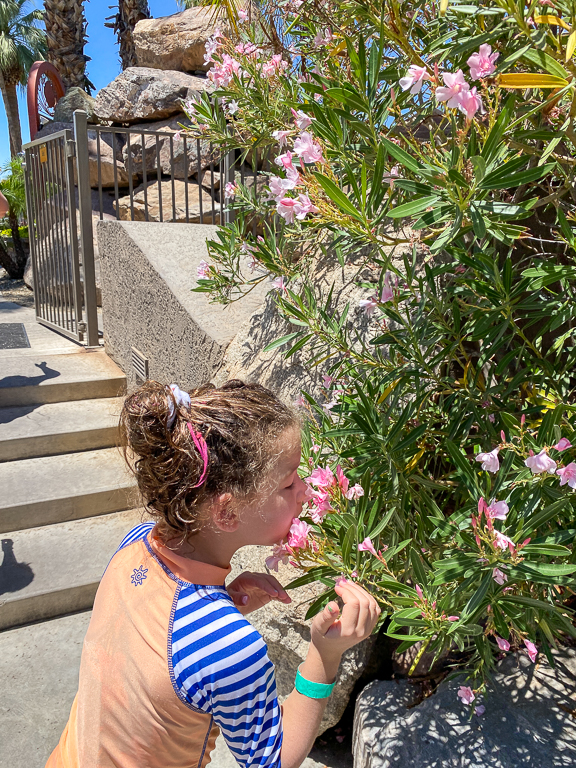 With just a little bit of hotel credit left, why not grab one more ice cream treat before we go. It's good to share. 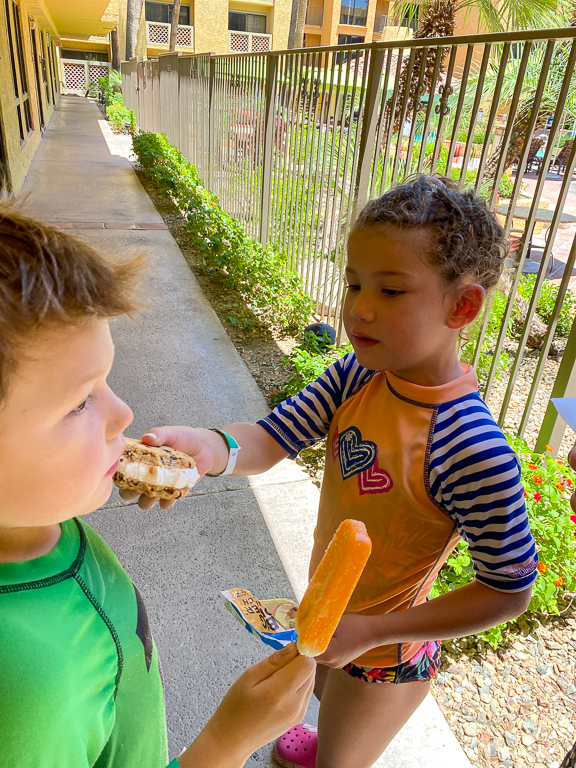 And on the way home, we happened to come across another Bowlero Arcade that we just had to go check out. 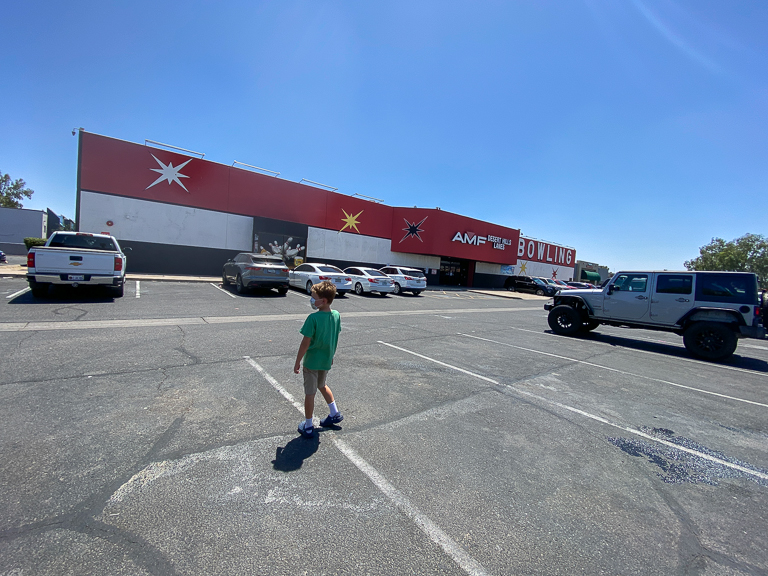 Their arcade was pretty small, but it did have a few games that the other one did not. Arcade Matt makes this one look so easy, but we couldn't pick anything up in the 5 times we played it. Some claws just aren't programmed to be very strong. 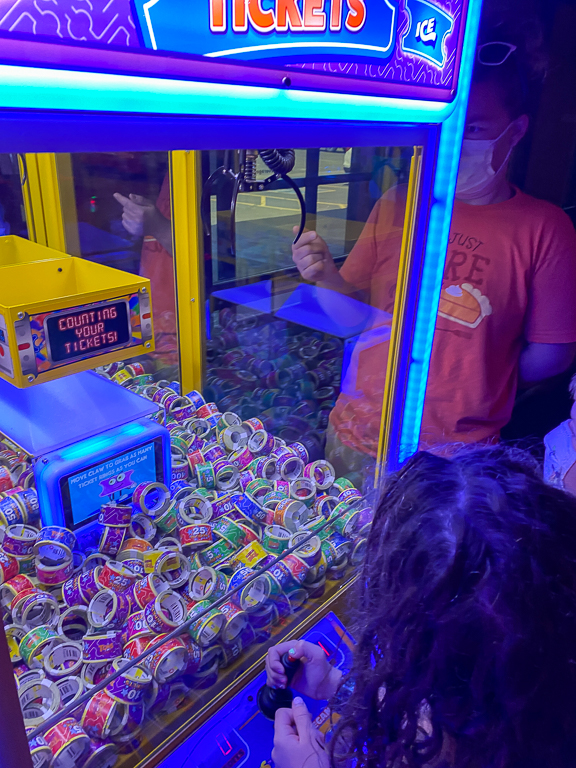 Ian gave Pop the Lock another try. It's a tricky game. We'll have to practice this a few more times. 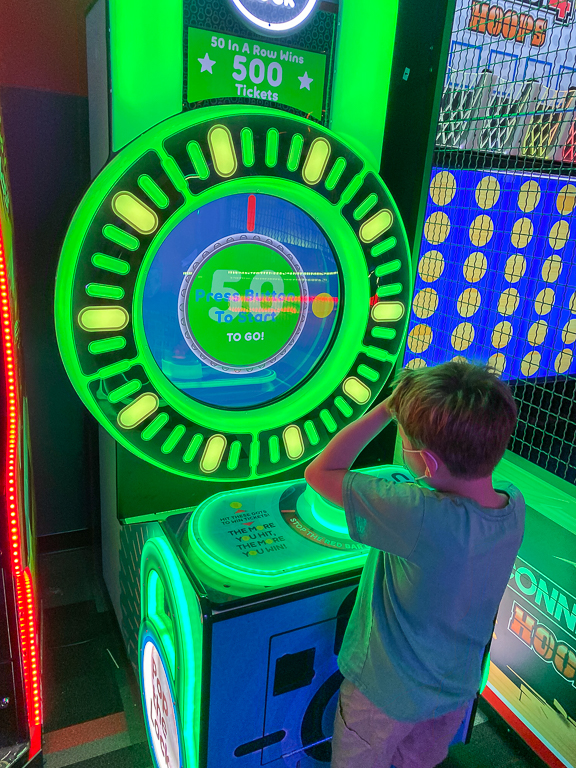 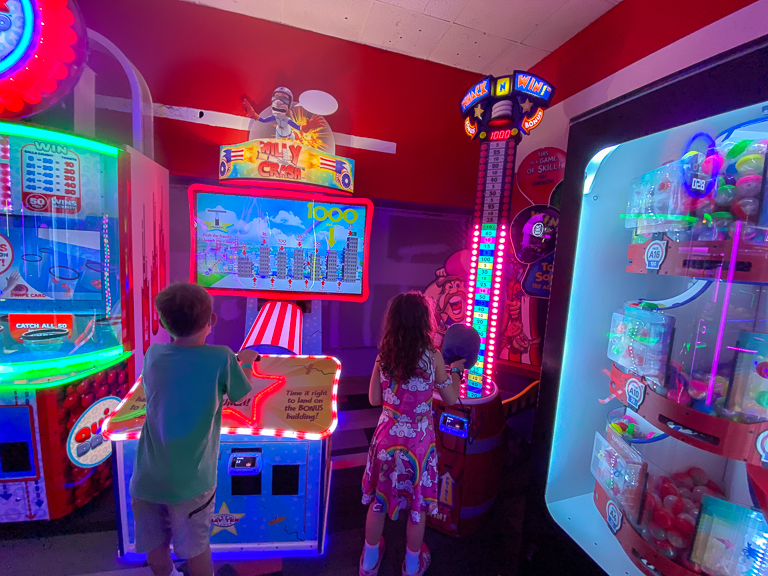 We know this game! We've seen those How Ridiculous guys on YouTube play one they made from scratch. Actually I wonder who got the idea first. Them or the arcade people. 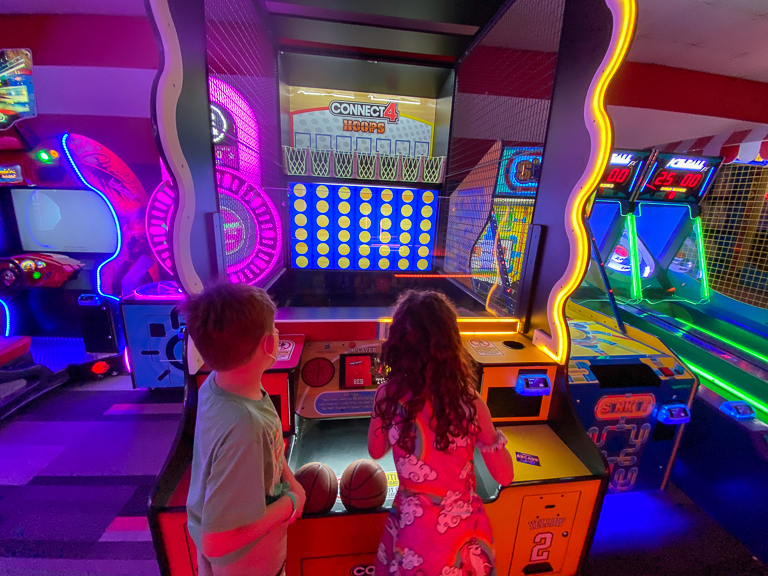 What kind of prizes do they have here? Again it's the automated machine. 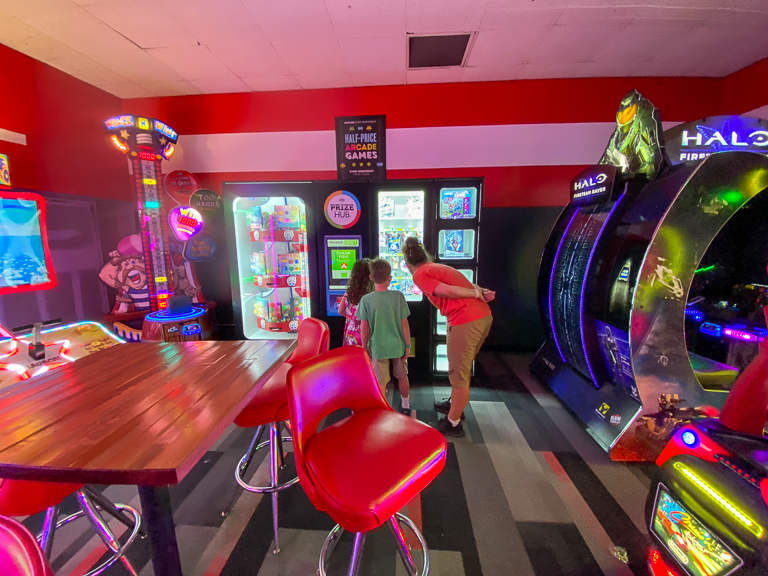 Alli found something she likes! A rainbow unicorn keychain! And it matches her dress that she's wearing today.
We've had a lot of fun here in Phoenix. Visiting the water park, seeing friends, and even doing a taste test! But our time in Arizona is coming to an end and we've got to make our way out to California! 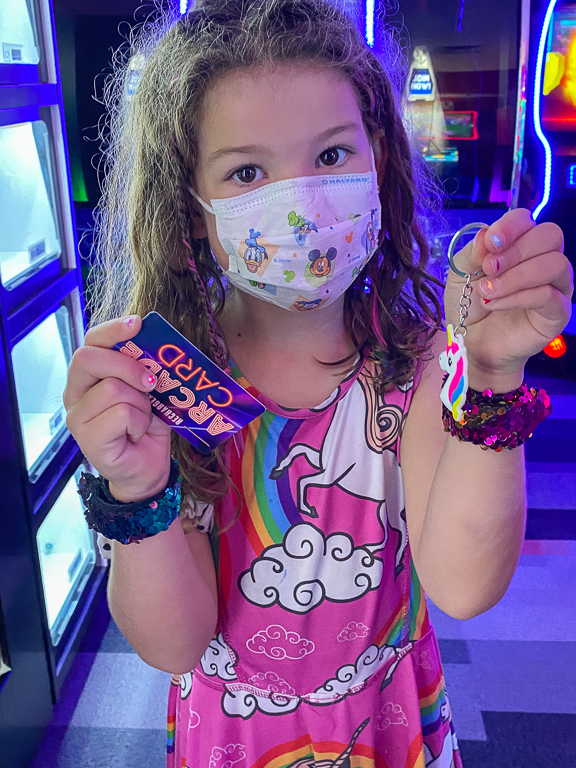