Today we're going out exploring and collecting a few Junior Ranger badges along the way! We're in Arizona and near two different National Monuments. Montezuma Castle and Montezuma Well. 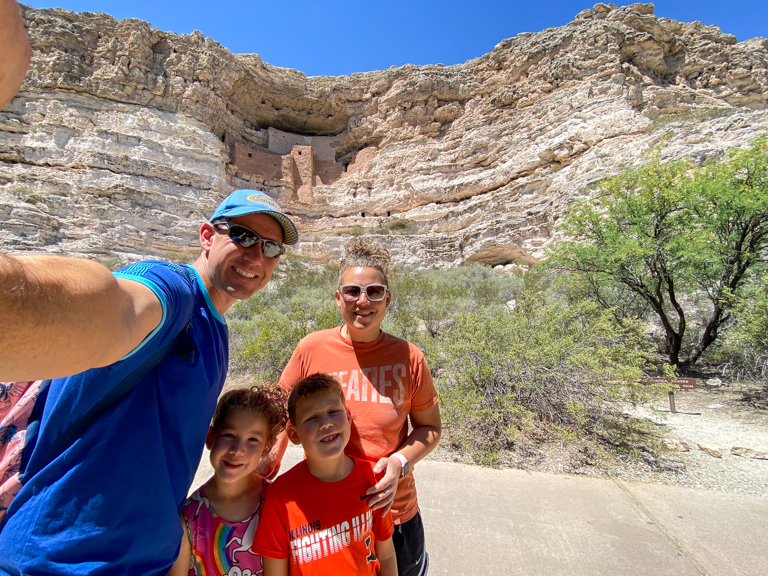 It's not too busy here on a random Friday. I found parking for the Beast and we headed into the visitor's center. Our annual pass to the National Parks came in useful again here, getting us in for free. 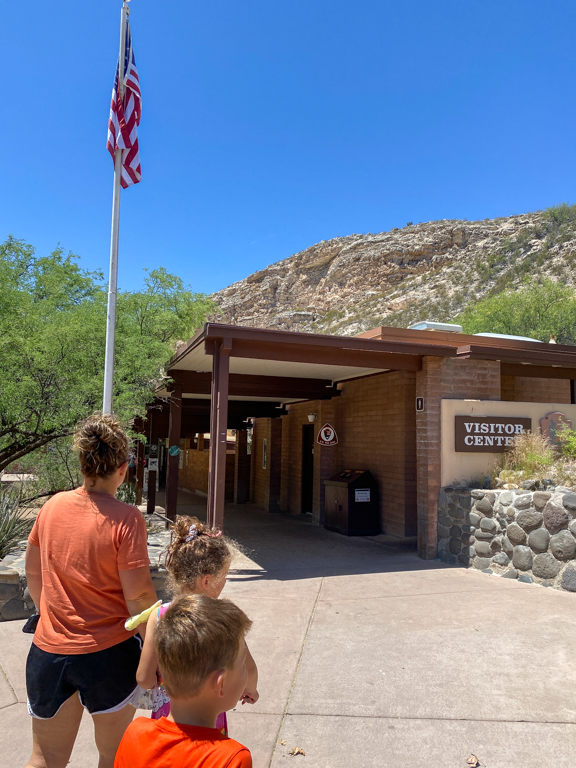 The kids also picked up their Junior Ranger books, and we found a nice spot outside to sit and look through the activities they needed to complete. 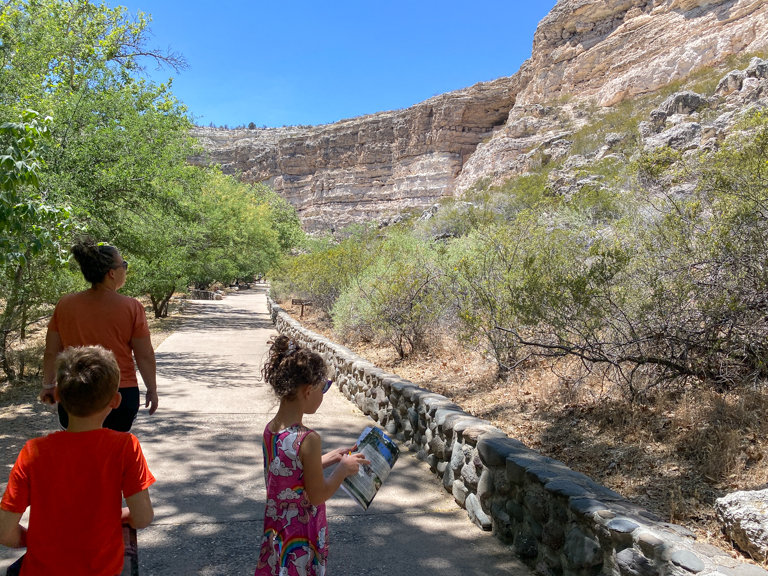 Perfect! Some place in the shade! It's hot here in Arizona! 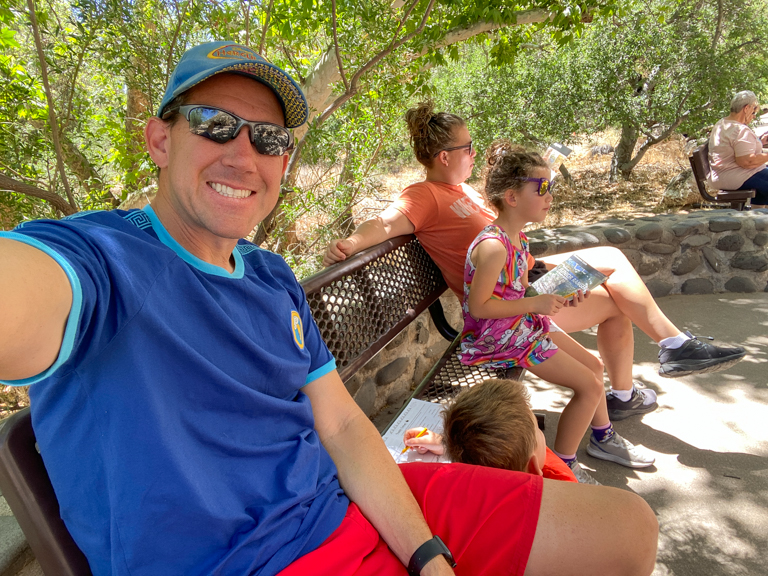 And it's a place where we can look at the Montezuma Castle!
The name Montezuma Castle is a product of incorrect assumptions. Back in the 1860s when European settlers discovered this area, they believed the Aztec people must have been involved in their construction, and named it after the Aztec emperor Montezuma. 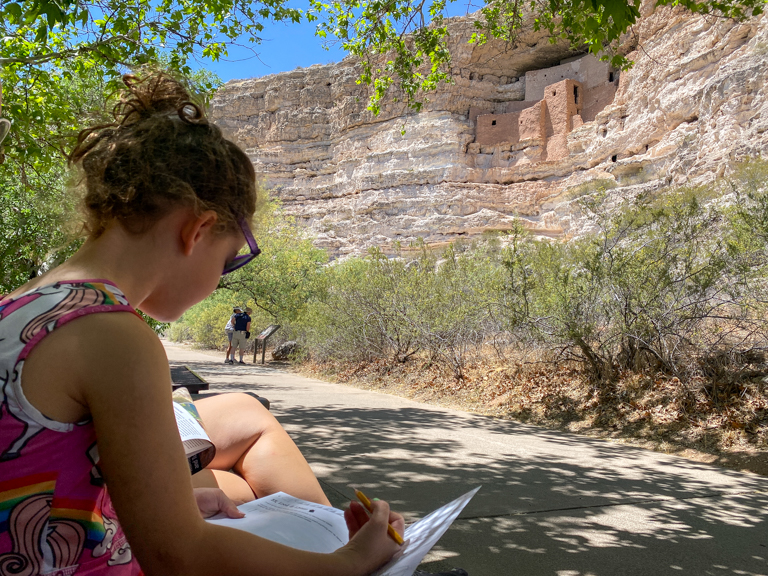 The dwelling was actually built around 1100AD by the Sinagua people and used for the next 300 years. It was used as a high-rise dwelling for up to 50 people, with multiple rooms for different families. 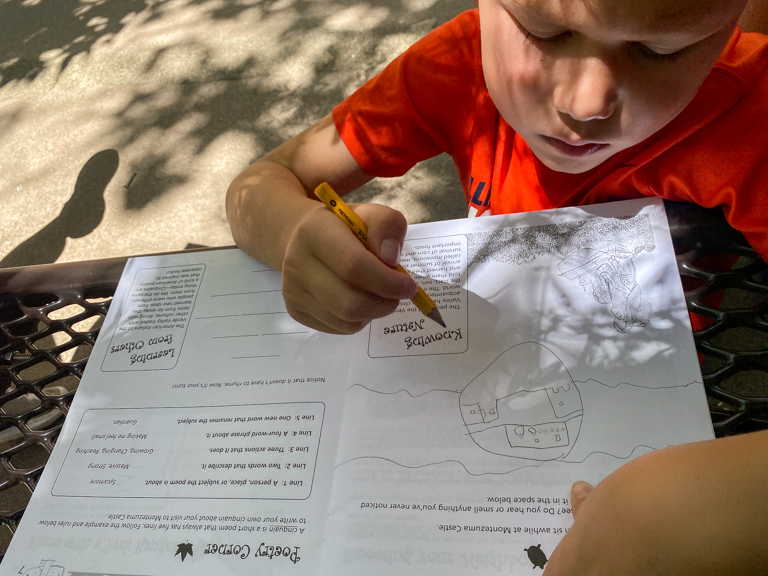 Nearby is Beaver Creek, which provided the people here irrigation for their fields. It's thought that the Sinagua people built their dwellings high in the limestone cliffs to escape the annual flooding, when Beaver Creek rose up out of its banks. That flooding though was good for their crops, which made the area great for farming. 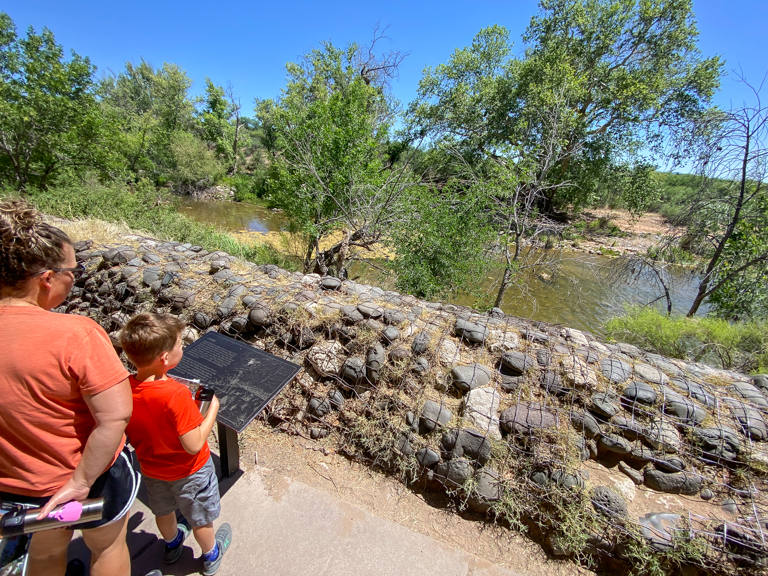 A model of the 5 story and 20 room structure. A recording pointed out the figures going through their daily activities and asked us to imagine life as a person living here back then. 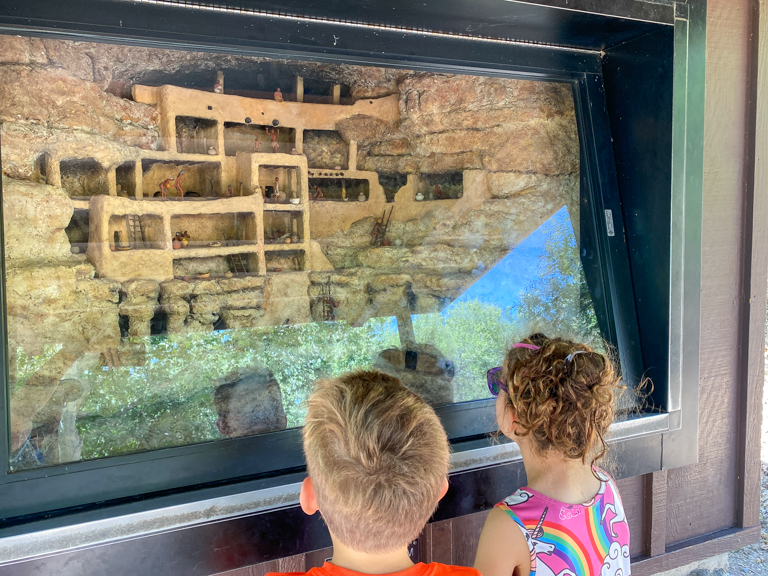 Montezuma Castle was made a National Monument back in 1906 by President Theodore Roosevelt because of its "greatest ethnological value and scientific interest." In years past, visitors were able to climb up into the castle itself! 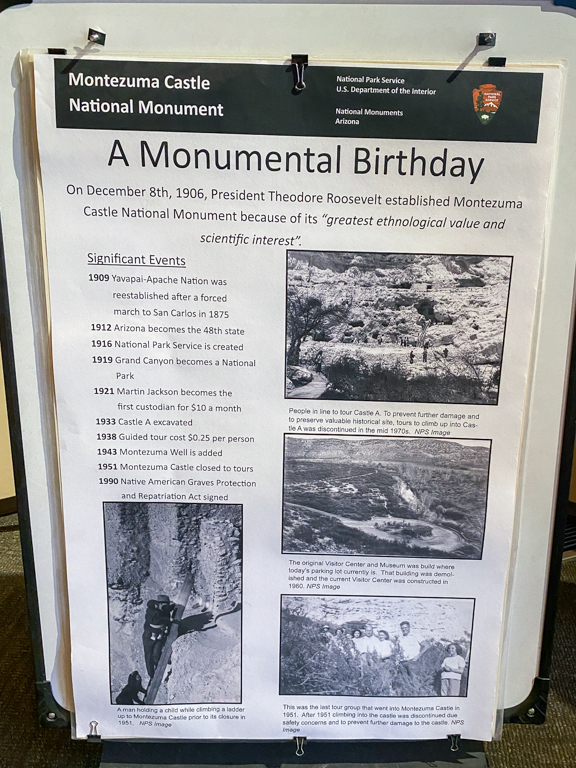 The kids continued back inside the visitor's center museum to complete their Junior Ranger activities and then receive their Montezuma Castle Badges. 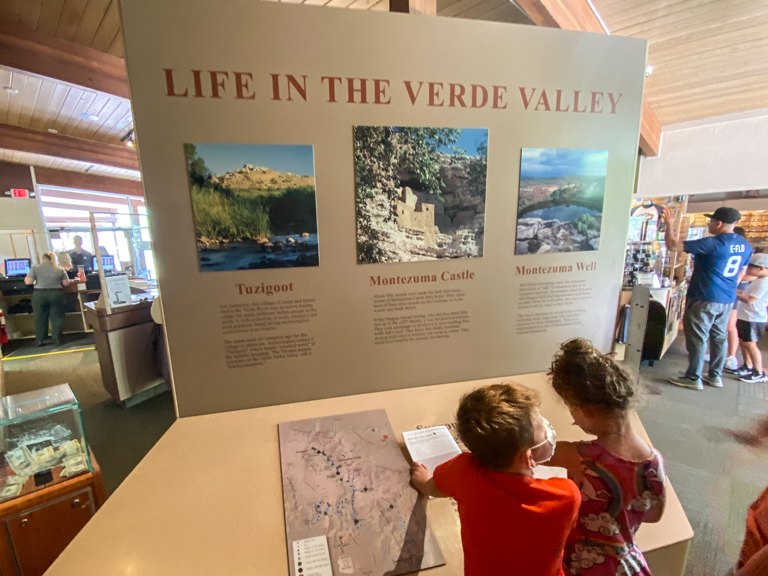 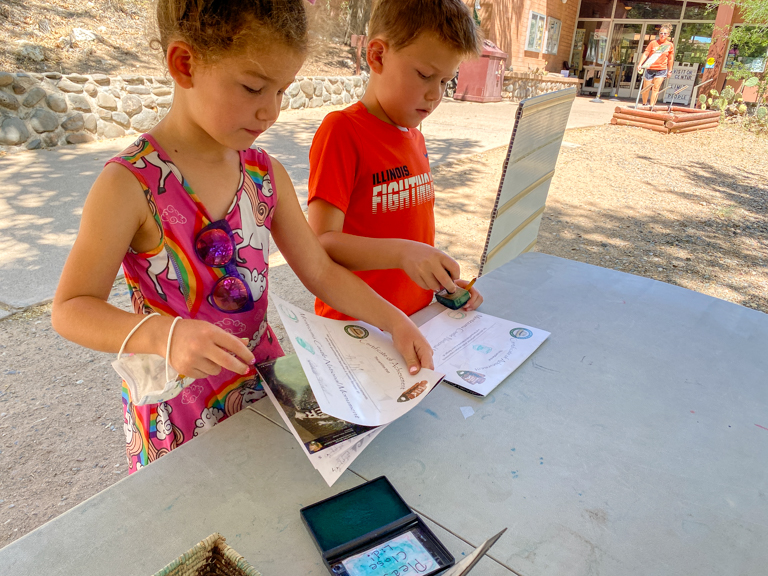 About 11 miles from Montezuma Castle is another National Monument, Montezuma Well. 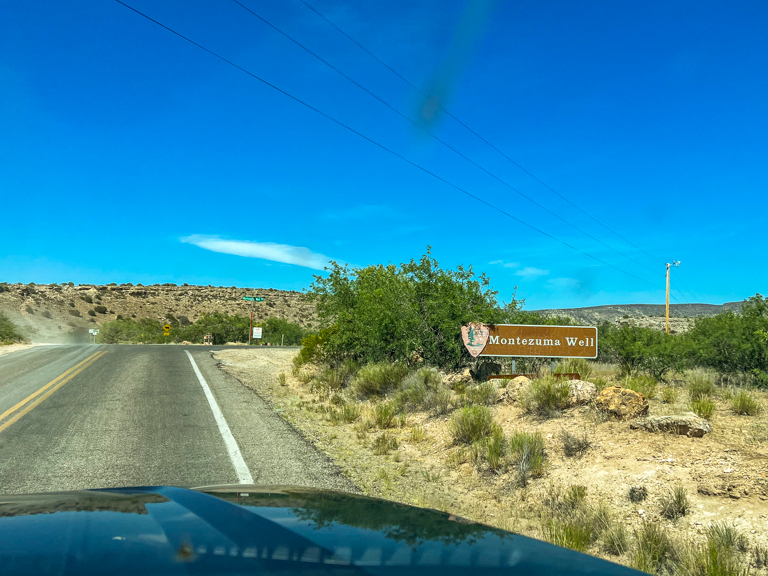 Just like the Castle, Montezuma and the Aztec people had no connection to this site either. 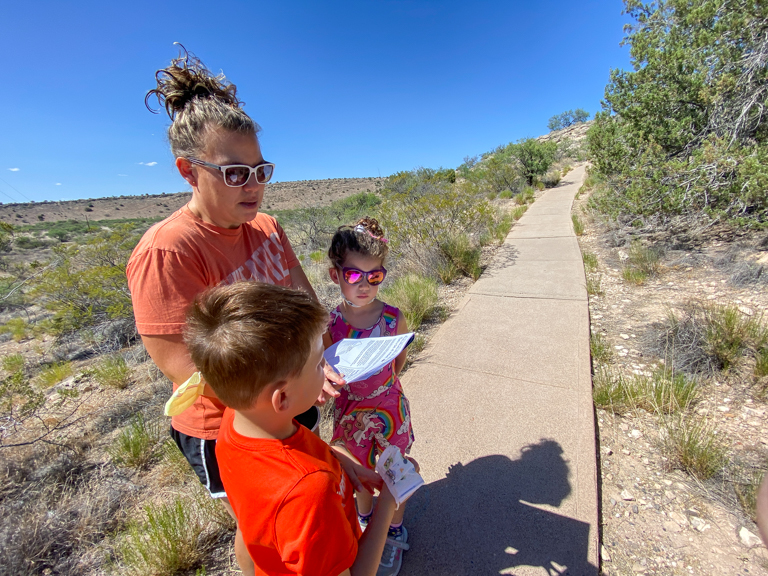 This "well" is part of a limestone sinkhole and it really stands out as something unique in barren desert area.

This well is fed by an underground spring. It feeds water to it at a rate of 1,500,000 gallons a day! That's a lot of water!
The water that flows in is very high in carbon dioxide, 80 times more than a typical lake, and as such, no fish can survive. It's also extremely high in arsenic, but surprisingly that doesn't mean that it's devoid of life. There are 5 species that call this lake home, including a snail, water scorpion, and a leech, none of which can be found anywhere else in the world! 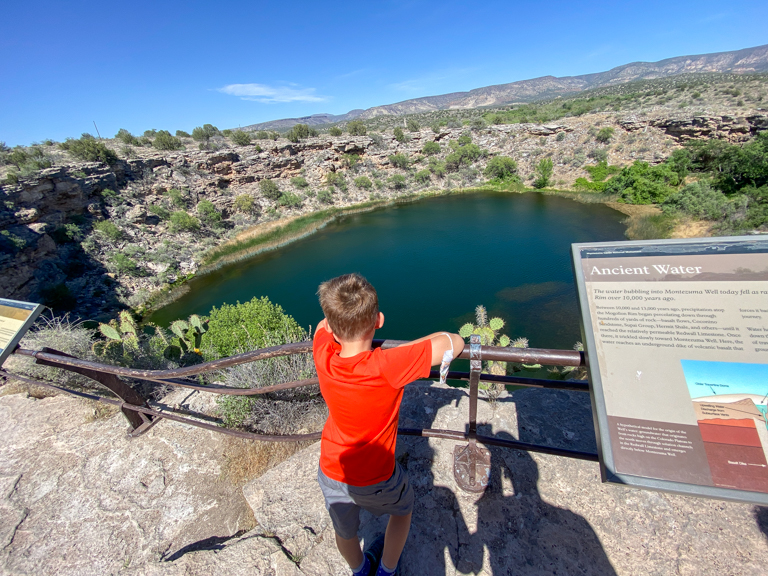 Areas near the water were used by the Sinagua people to live in, store food, and for religious ceremonies. 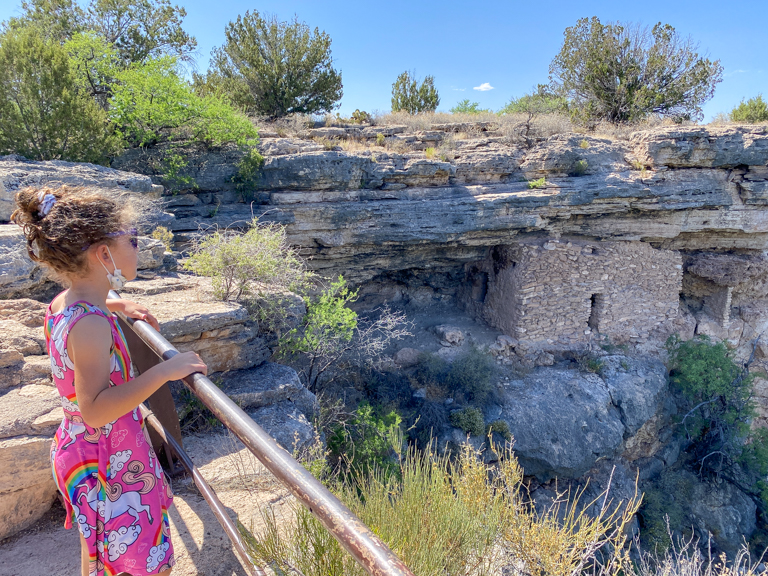 The kids worked on their Junior Ranger booklets while we sat and enjoyed the afternoon. 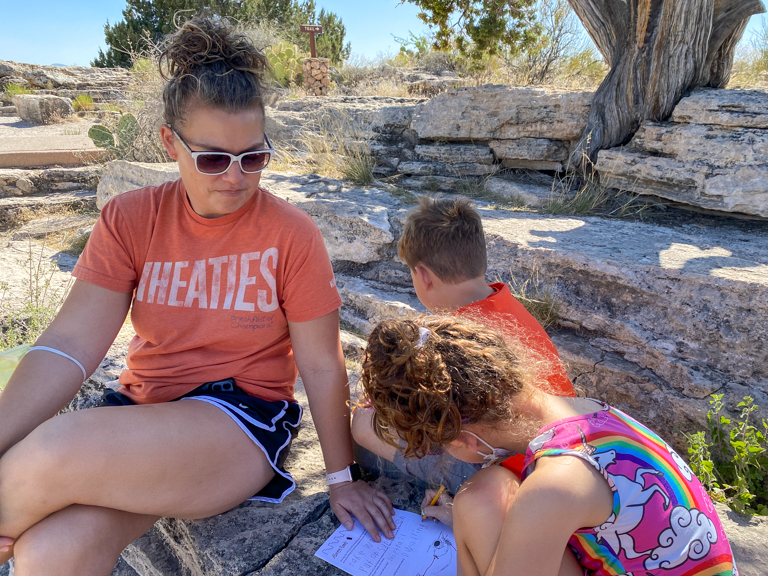 It would be cool to walk down to the water, but the pathway is closed right now. Got to protect those bats. They keep the bug populations in check, and we appreciate that. 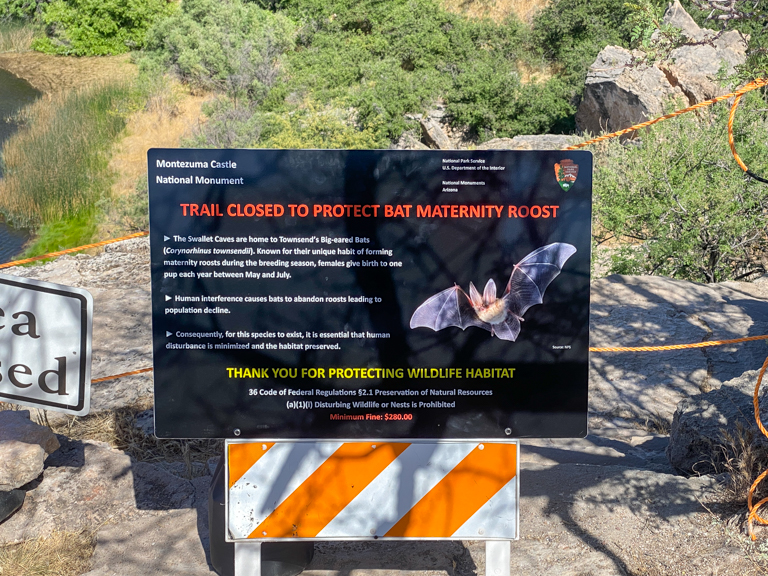 It was an interesting site to see. 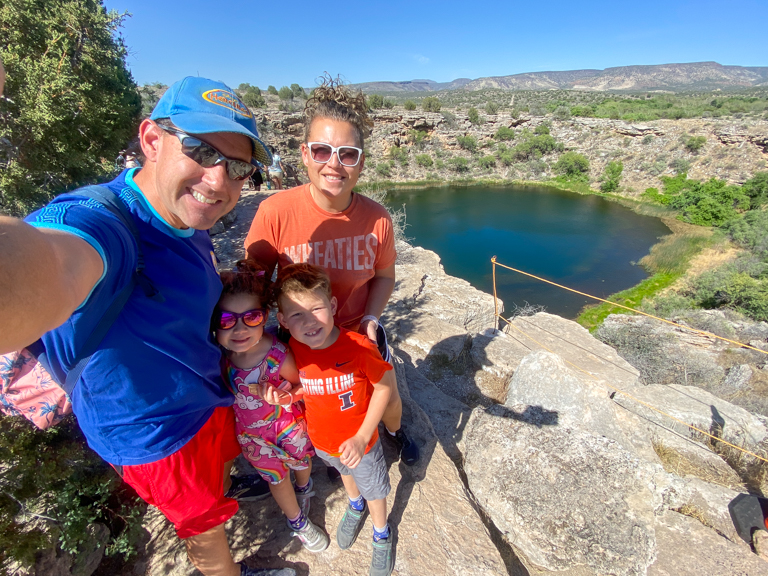 All that water that is constantly filling up the well has to go somewhere. There's an outlet that flows into an irrigation ditch and into Beaver Creek. Let's go check it out! 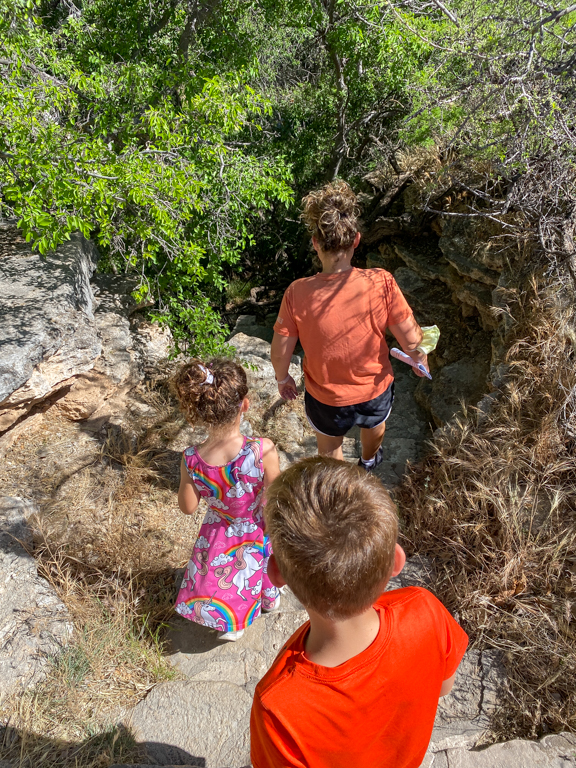 There's a pathway that leads us there. 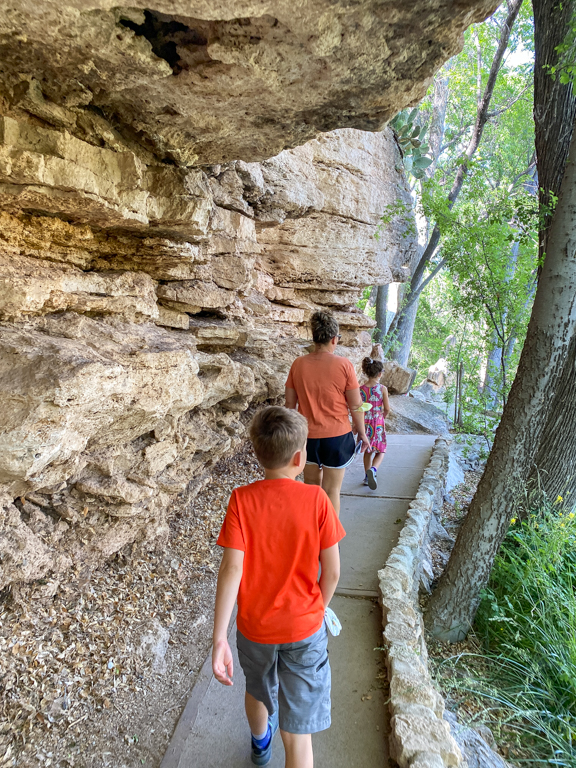 But, oh my! It's flooded and closed right now! Oh well, we tried. 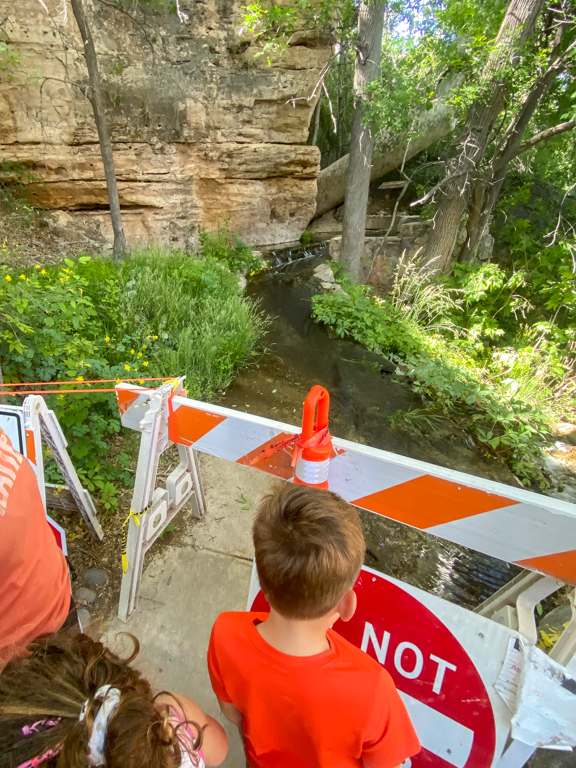 Two badges in one day! That's not bad! 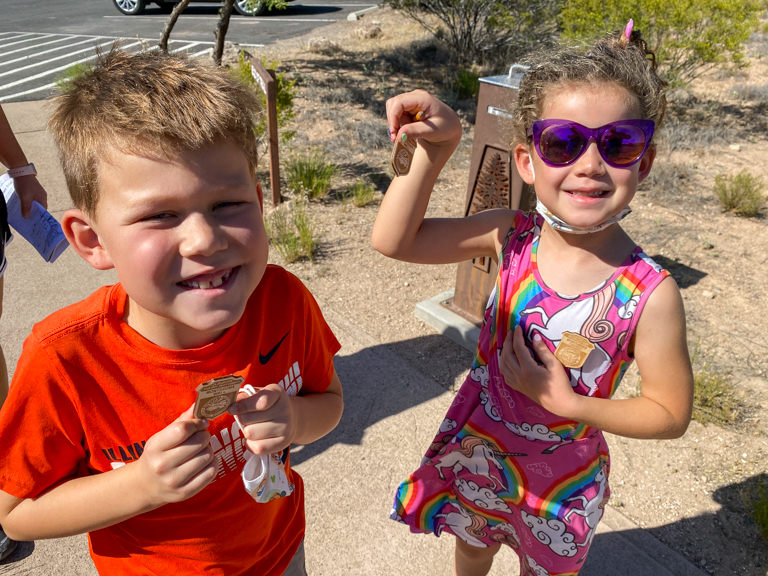